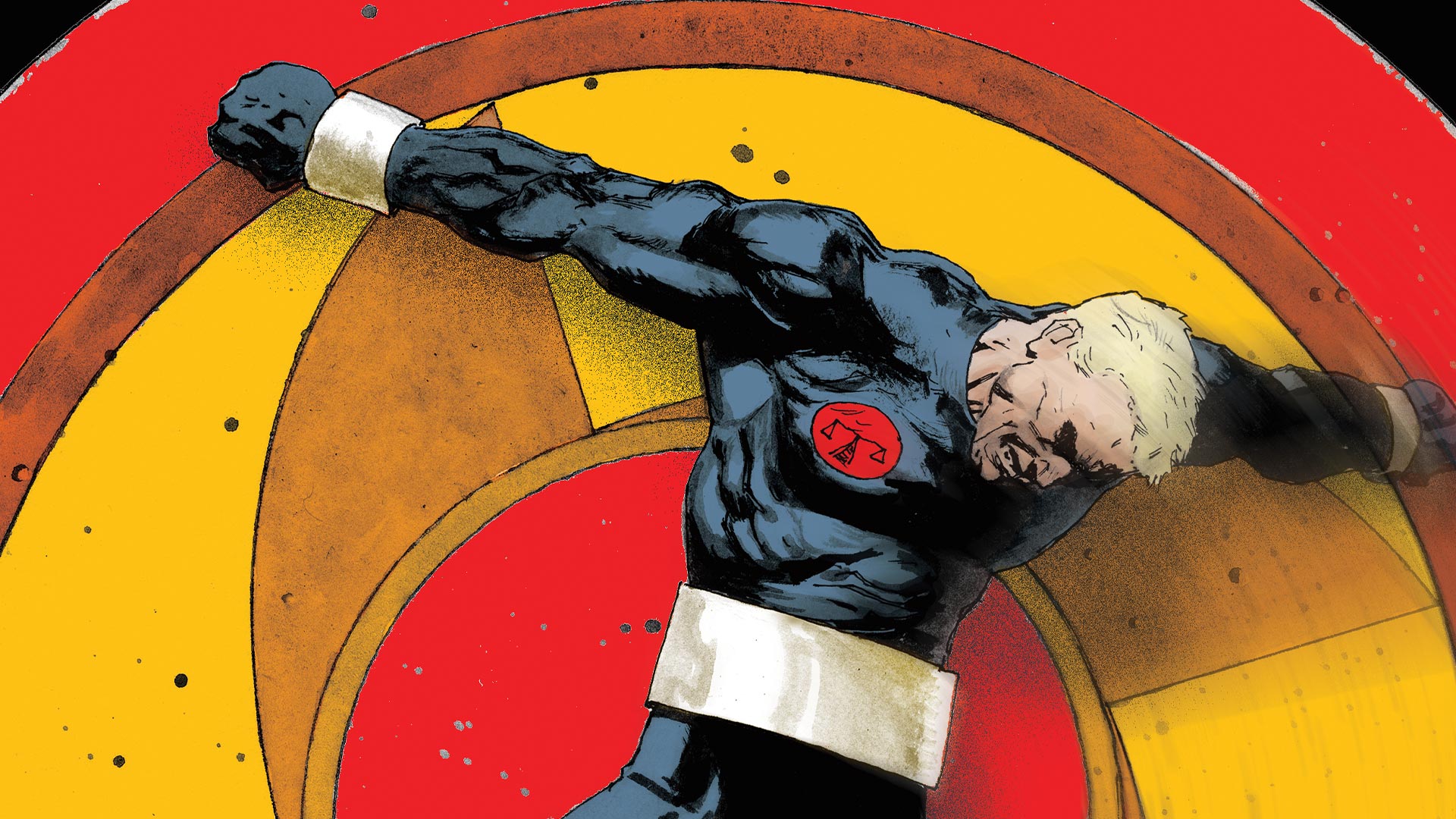 Binge This: FINAL CRISIS AFTERMATH: ESCAPE Is the Escapist Fare We Need Now

Normally it’s hard to jump right into a comic series that immediately follows a huge event, but that’s not the case here. Despite its title, Final Crisis Aftermath: Escape is fairly self-contained and readable with little knowledge of the preceding titular event. It offers a compelling story to the often D-Listed Nemesis and features a unique supporting cast including OMAC, Cameron Chase, and even Count Vertigo. With our current quarantine, Final Crisis Aftermath: Escape provides the escapism we desperately need right now. 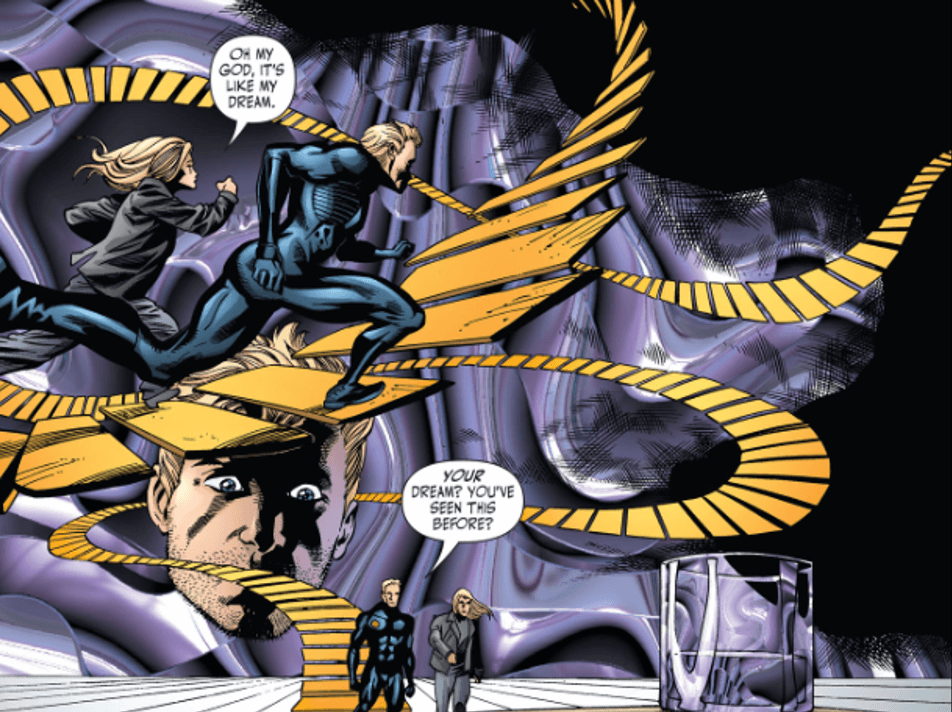 Following the events of Final Crisis, DC was looking to bring the Global Peace Agency back into the fold of continuity. Originating as an opposing force for OMAC, the agency was now an offshoot of Checkmate. Using characters like Nemesis and Cameron Chase, writer Ivan Brandon was able to create a uniquely compelling sci-fi spy story unlike anything seen before in the DC Universe.

With little connection to its predecessor, this story fits even better into the post-Final Crisis era. When it was originally released, this title flew under the radar, but it’s even more relevant and timely 11 years later! Escape toys with the ideas of isolation, surveillance, and ultimately the desire to well... escape. Sound familiar?

Nemesis finds himself trapped in the mysterious Electric City with no recollection of how he got there or even where it is. A number of other metahumans are there with him, all of whom are being tortured by a faceless Warden for information. With the help of other heroes like Fire and Cameron Chase, Nemesis plots an escape plan from this strange prison.

The Global Peace Agency uses the Electric City as a testing ground for handpicked agents recruited into the program. The company is housing every dangerous weapon here, so it won’t fall into the wrong hands and cause yet another crisis. With the help of the Cosmic Treadmill, Nemesis is able to make it out… well back to the beginning of his sentence here. He is able to use his prior knowledge and disguise abilities to alter the events and create a plan to escape once and for all! 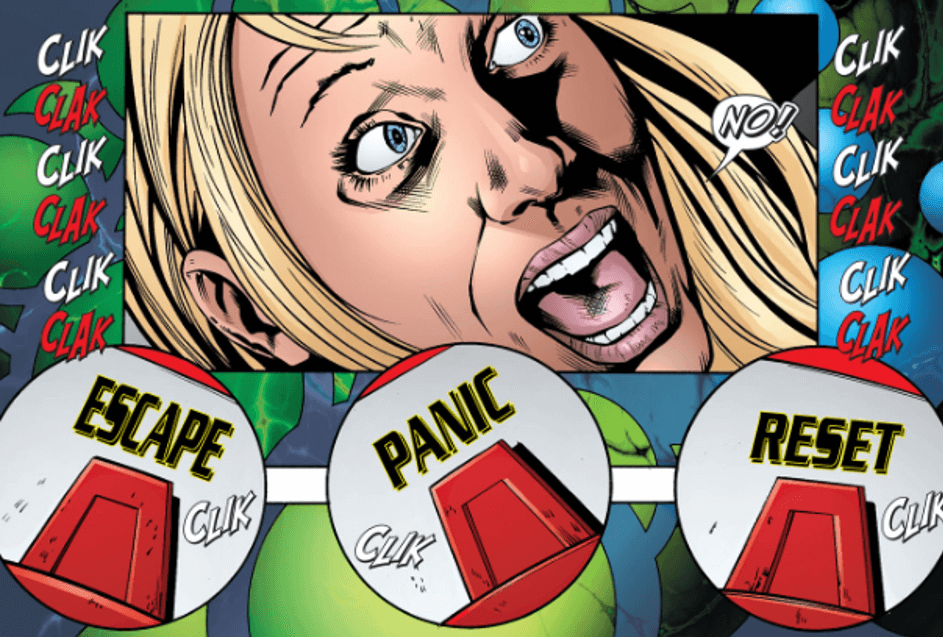 In the current state of affairs, people are feeling confined and even trapped in some cases. Escape provides escapism fantasy wrapped in a sci-fi blanket. It’s something that can be read in one sitting because it’s an absolute page turner. Each issue ends on a cliffhanger, and you can’t click that “Read Next Issue” button fast enough!

The layout and visuals by Marco Rudy are beautifully disorienting. It evokes that trapped feeling while also playing with the formatting to purposely confuse the reader. The splash pages are absolutely stunning and at times very psychedelic.

WHY YOU'LL LOVE THE BINGE 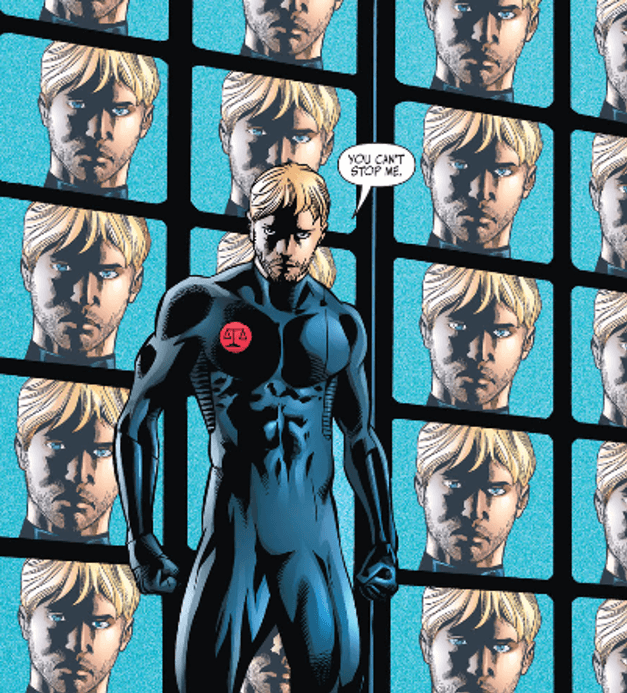 Any fan of dystopian sci-fi will surely enjoy this adventure. The storyline is heavily inspired by Patrick McGoohan’s The Prisoner TV series, a show where a spy mysteriously awakes in an unknown town with seemingly no way out. In fact, the Escape character known simply as “Word Deleted” wears a similar sport coat to McGoohan’s character, Number 6 (whose real name is never revealed). They even go as far as to pay homage to the TV series using the show’s famous umbrella motif for the cover of issue (wait for it…) Number Six!

The cast of characters is an unexpected motley crew and that’s a huge part of what makes it great. Batman, Superman, and Wonder Woman are all fantastic, but there’s a depth of characters in the DC Universe that deserve to shine too. There are some very deep cuts and great callbacks throughout the six issues, making it a who’s who of '60s and '70s DC characters. It’s fun to see these characters utilized in a modern story of this caliber.

Are you Number One? Let us know in our Community!