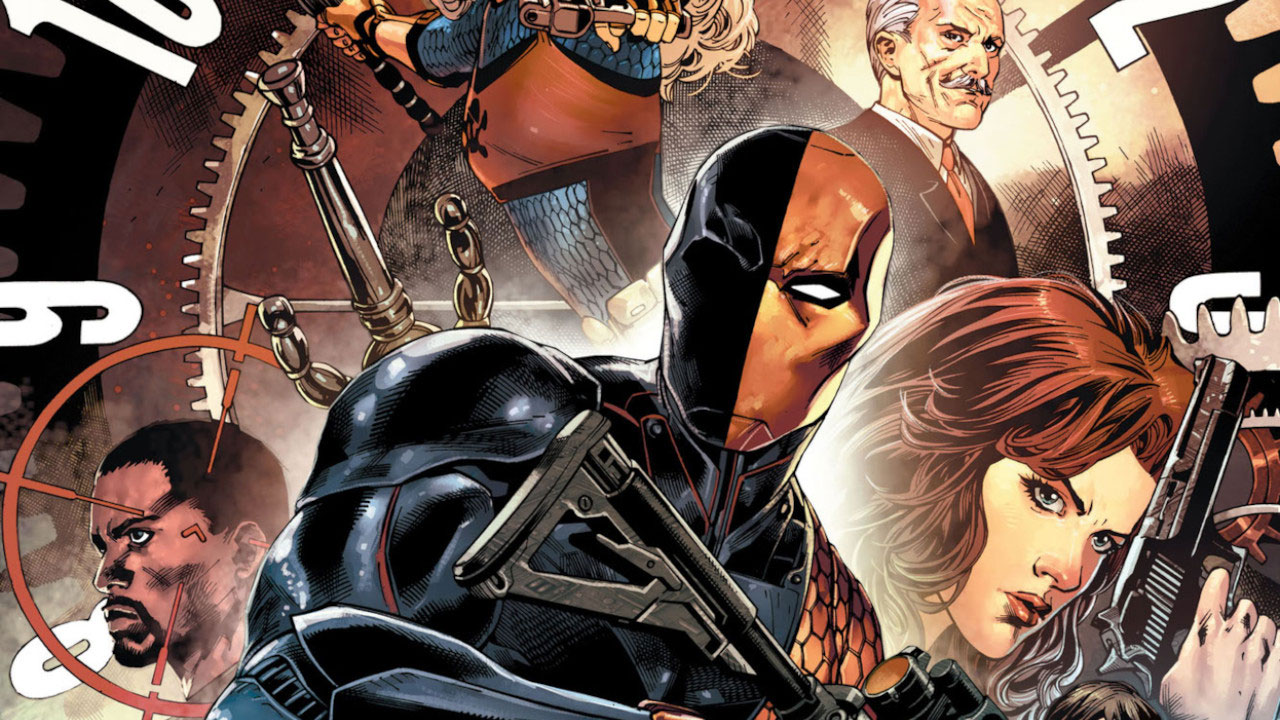 Binge This: Christopher Priest's DEATHSTROKE Is the Villain of His Own Story

DC Universe offers a generous bounty of over 23,000 comics within these digital halls. But even the world’s greatest tracker could get lost deciding which comic to set their sights on next. If you’re in a villainous mood, allow us to turn your attention to the Rebirth-era DEATHSTROKE saga by legendary comic-book writer Christopher Priest -- a series which never apologizes for the evil its protagonist proves himself capable of over and over again. 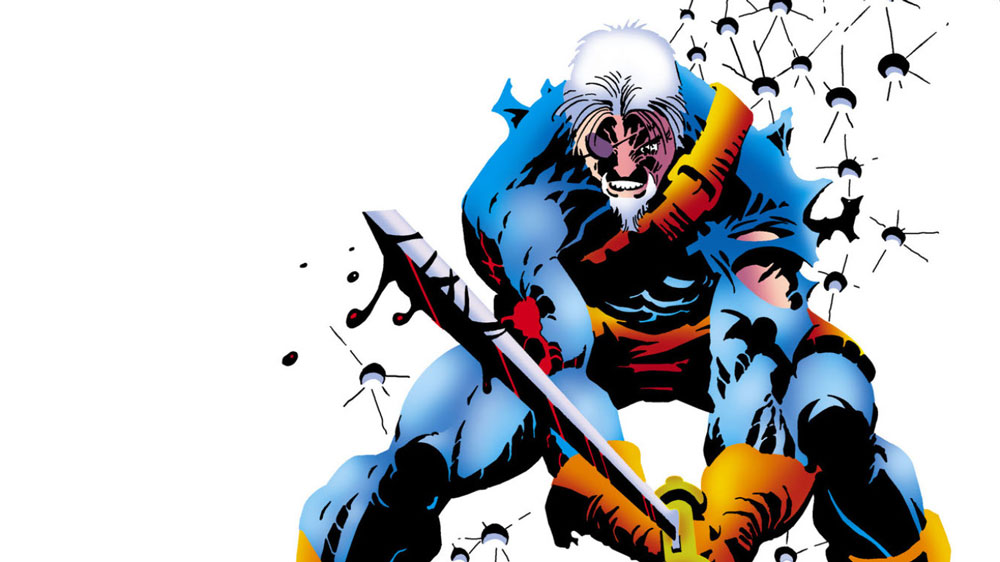 Since his first appearance in 1980’s THE NEW TEEN TITANS #2, creators Marv Wolfman and George Pérez knew they had something special on their hands with “Deathstroke the Terminator,” an assassin for hire with a personal grudge against the DCU’s premiere teen heroes. After 11 years, Deathstroke carried his own solo series for over 60 issues -- an unprecedented feat for any DC villain before or after. His secret? The reason Slade Wilson succeeded where others like The Joker had failed to find traction before him? First was versatility: Slade’s mercenary nature meant that his storylines could take any shape, regardless of morality, as long as someone was paying him. Second was the deep roots which go back to that first appearance, where he swears to avenge his misguided son. Slade’s duality is that he craves family, but always lets them down because of who he is. It’s a trait which carried over to his profile-expanding role in the 2003 Teen Titans animated series, in his ongoing quest for an “apprentice.” And after a few more solo series through the New 52 era of 2011-2016, DC approached Priest about relaunching Deathstroke in a way that touched back on those Pérez  and Wolfman roots. 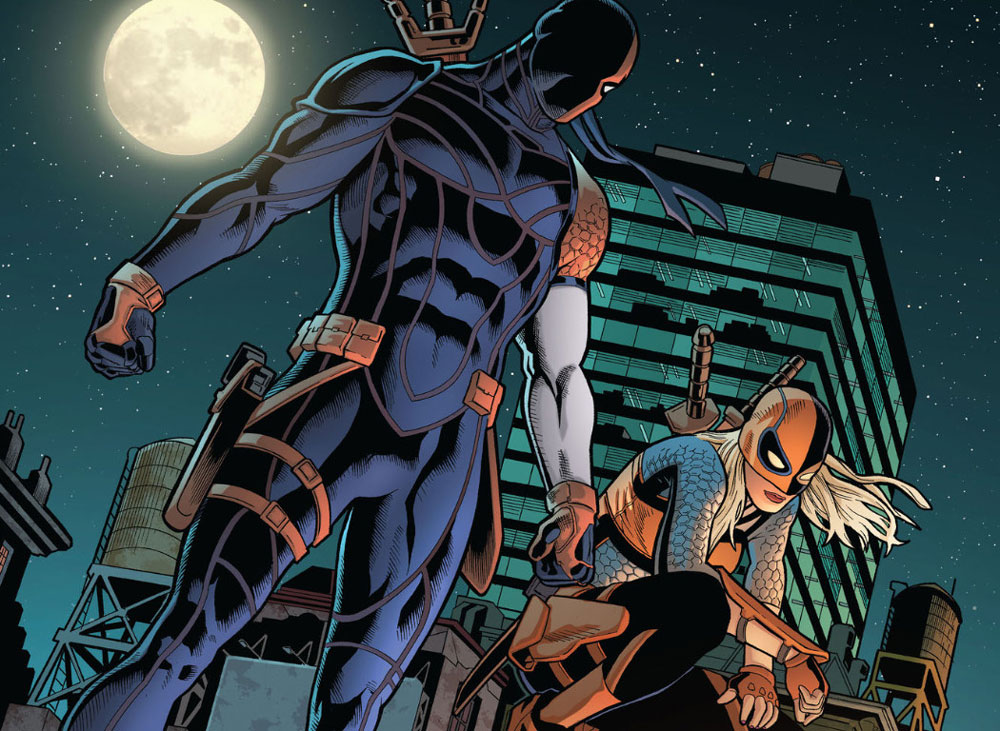 For all its action, humor, and character-driven complexity, Priest’s DEATHSTROKE is ultimately a book about the world’s crappiest dad. Slade goes on missions that take him around the world, experiments with an incredibly inventive suit with a “gravity sheath” that slides kinetic force off of his body, reckons with former colleagues from his days in the Secret Society of Super-Villains, fights Batman, and in one memorable arc, even gets severely gaslit as a patient in Arkham Asylum. But at its core, DEATHSTROKE is really the story of a man who craves the family he drove away, and who he constantly finds new and exciting ways to let down over and over again. As soon as Slade convinces the people he cares for to raise the bar for his antics an inch above the ground, the thrill comes in watching how he’ll expertly slither under it next. 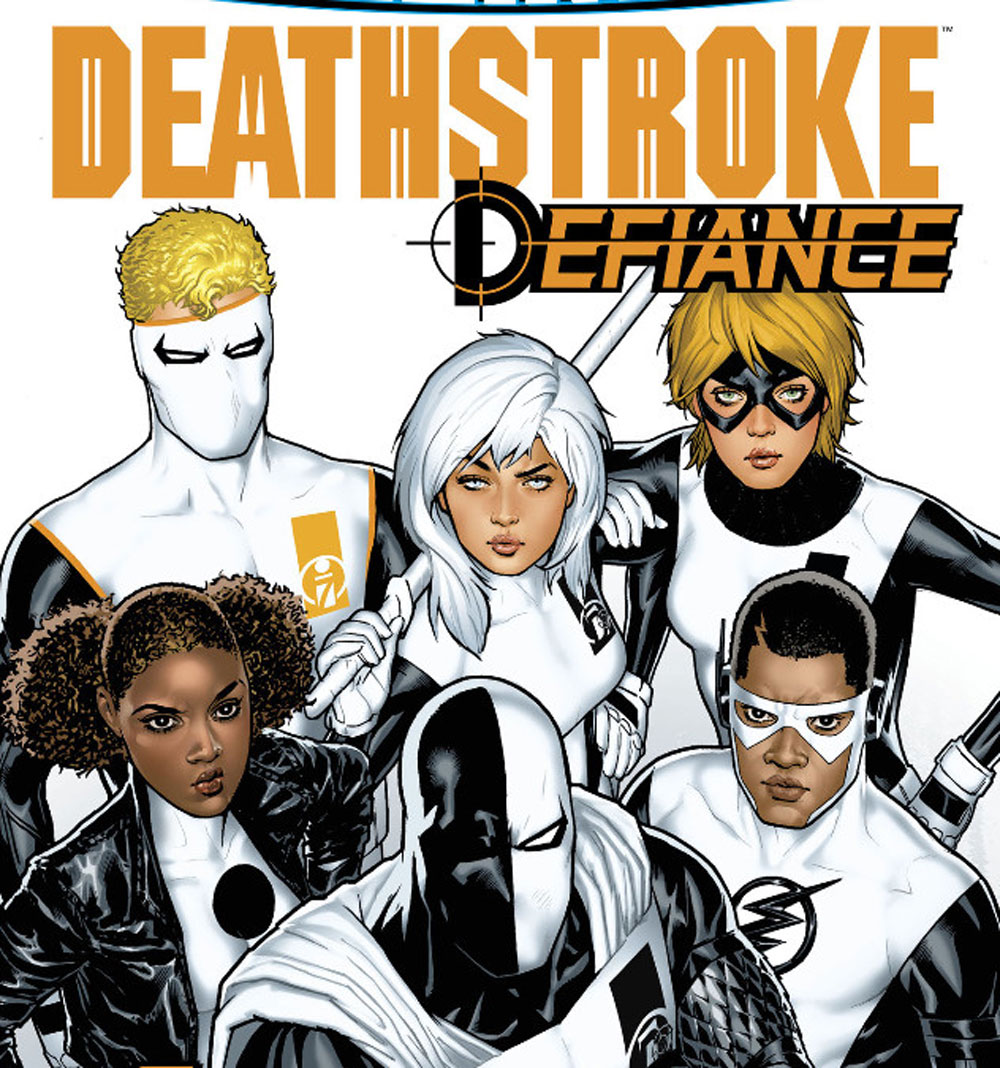 LEGENDARY TALENT: You may not know it, but Christopher Priest was one of the definitive voices of comics in the 1990s. Among his many contributions to comics as a whole, Priest pioneered the Milestone universe bible which would come to define the line from its inception. After years away from comics, DEATHSTROKE was Priest’s triumphant return to the scene, where he quickly demonstrated that he lost none of his edge.

LOVINGLY DETAILED: If you ever wanted to know what happens when a book has not just a good editor, but a great one, a reader need only look to Alex Antone’s exemplary work on DEATHSTROKE. This series maintains a consistency and direction which stays constant throughout its 50 issue run, weaves seamlessly through two different eras of Teen Titans comics, and pays respect to each previous milestone in Slade’s life dating all the way back to 1980. You can pick up this series and read it without going through Slade’s appearances before it, but rewards are ample for long time devotees of the character.

FEARLESS: Throughout its run, DEATHSTROKE is unafraid to tackle the biggest problems with a voice of uncommon responsibility. Real world gun violence; lost ethnic identity in the throughline plot of his half-Vietnamese daughter, Rose; religious piety; and even everything that went down with Terra back in "The Judas Contract" is all dealt with in an adult and considered fashion that never takes the audience for granted. It’s truly a Mature title, in more ways than the sheer level of violence warrants.

DEATHSTROKE VS. BATMAN: Did we mention there’s a whole arc in the middle there where Slade and Batman go to war with each other, and it’s everything you’d want from it and more? Don’t miss it. 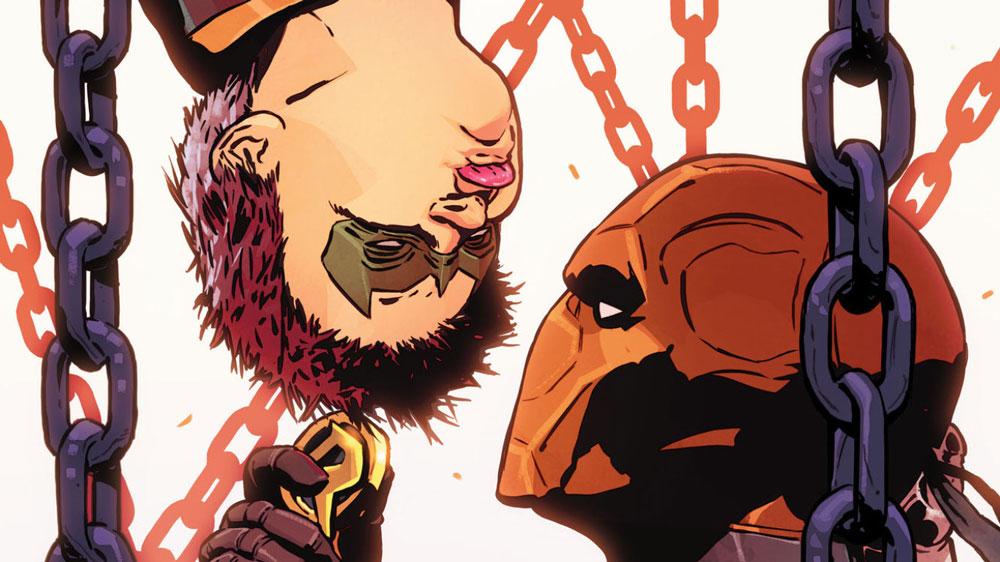 One of the most common criticisms of DEATHSTROKE as it was being published was the surprising, sometimes unexplainable turns that the series would take from issue to issue. Time and again, Priest would assure the readers that the story would pay off if they stuck with it -- and sure enough, it always did. Now that the series is complete, DEATHSTROKE is an ideal candidate for sitting down and gorging yourself on the unfolding story without having to wait a month between chapters. Even if you did read the series as it came out, we guarantee you’ll see it with fresh eyes if you revisit it for a more holistic approach, taking it in all at once.

Is there any worse father figure in the DC Universe than Slade Wilson? Let us know in our Community!