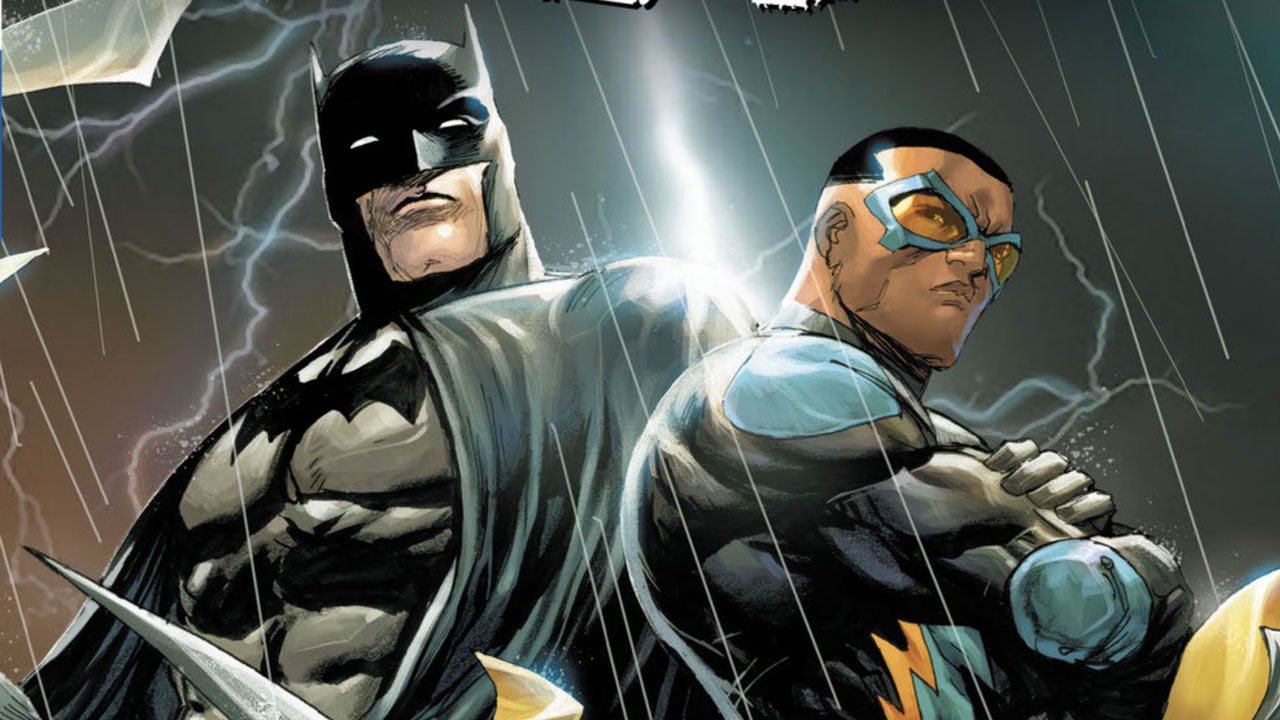 Binge This: BATMAN AND THE OUTSIDERS Is a Globe-Trotting Team Adventure Book

Batman and the Outsiders has been a small but memorable institution in DC Comics. Originally formed after Batman angrily quit the Justice League of America in 1983, the team consisted of several young heroes with powers and abilities that set them apart from the most of the superhero community. Over the years, the Outsiders moved on without Batman, although the Caped Crusader would eventually rejoin them sooner or later. This most recent version of the team, beginning in 2018, brings two new members to the Outsiders, and reunites original teammates Black Lightning and Katana. 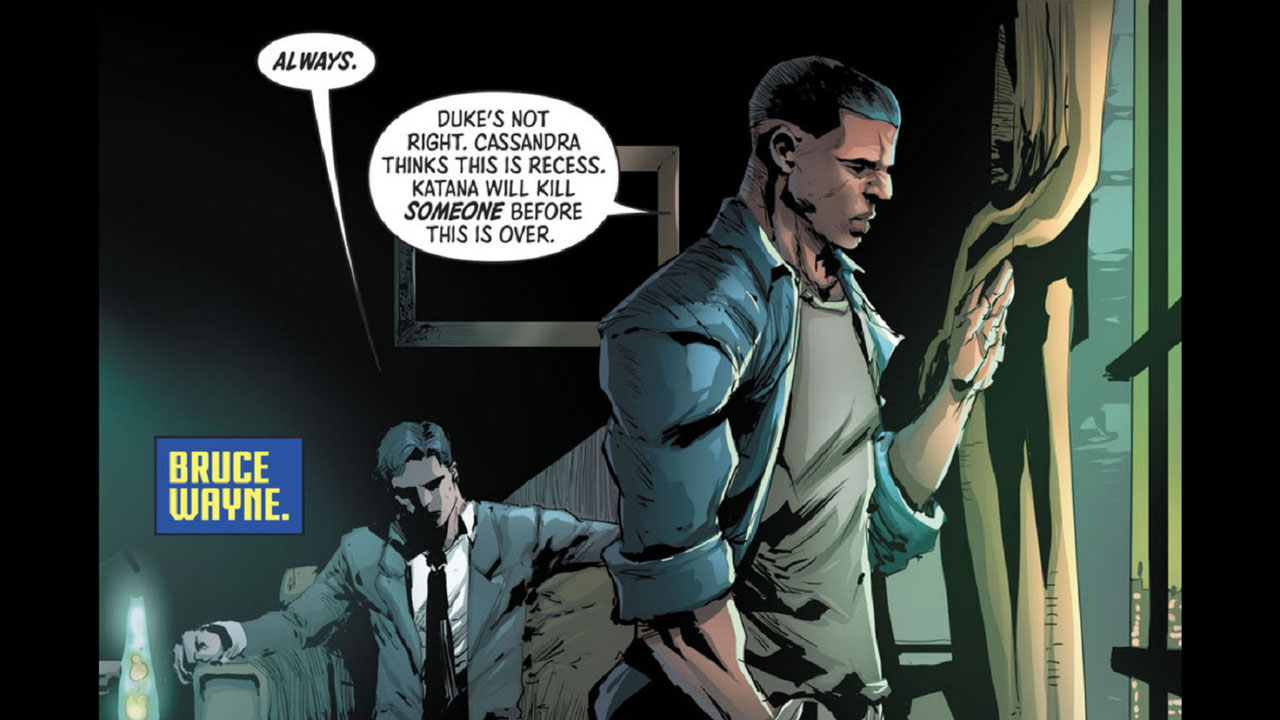 Spinning off of his run on Detective Comics, writer Bryan Edward Hill took the characters he'd used there and brought them together for a new Outsiders book. Bruce Wayne understands his vision for Gotham alone isn’t suitable for the entire world, let alone the people he wants to help, so he enlists Jefferson Pierce, a.k.a. Black Lightning, to take on international threats, not the least of which is Ra’s al Ghul. Jefferson is extremely skeptical of Bruce/Batman, understanding him to be a master manipulator whose sole interest is his own agenda. The series is grounded by Bruce and Jefferson matching wits with one another, debating the best ways to lead a team while forging the future with their new partners.

The second hero brought in is Tatsu Yamashiro, a.k.a. Katana. Despite being a deadly fighter who talks to her late husband’s spirit through her sword Soultaker, Tatsu is the one person Jefferson relies upon when the strain of leading a Bat family team becomes too much. She also takes a keen interest in one of the new recruits, Orphan, a.k.a. Cassandra Cain. Orphan is still reeling from the events in Detective Comics that made her question her destiny as a hero. While Tatsu hopes to guide her, Cassandra finds a new friend in the Signal, a.k.a. Duke Thomas. Duke’s been through a lot in his young life, after leading the We Are Robin gang and becoming a hero under Batman’s tutelage. He's afraid, which makes him angry; but with tortured friends in Orphan, Katana, and Black Lightning, he starts on a path of self-reliance. 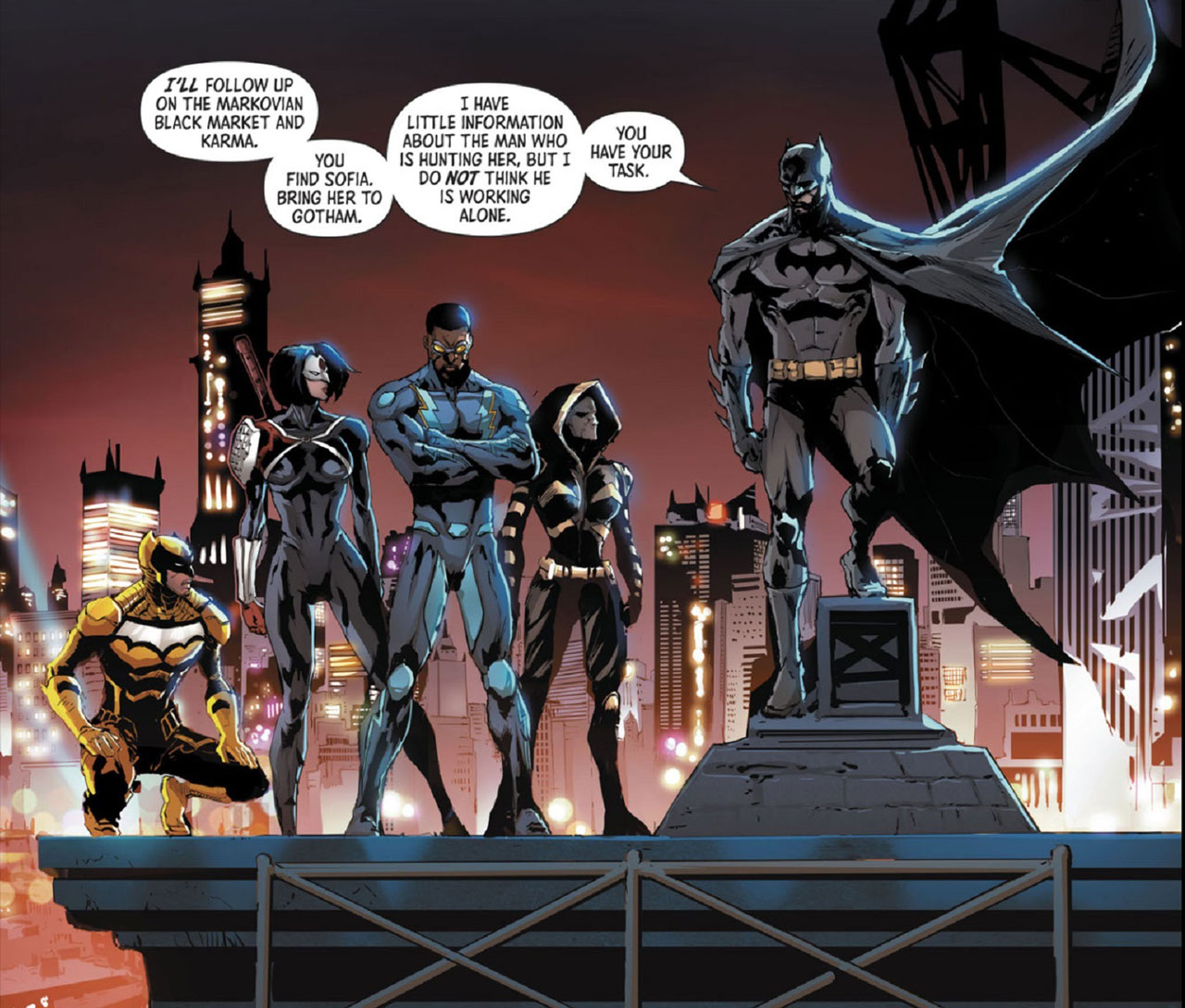 The series focuses on the relationships of its five principal characters, all of whom have demons that need slaying yet never give in to their dark sides. Jefferson seeks to set an example and do the right thing, so he finds himself constantly at odds with his perception of Batman as a dark and compromised vigilante. He tries to pass his wariness on to Orphan and Signal, but what if they like that kind of hero? Katana knows the loss Cassandra feels, but can she bring her up better than Cass’ mother Lady Shiva? And then there’s Batman, who uses the experience of working with the various Batgirls and Robins to work with these young, troubled heroes, bringing them to a place where they can stand tall on their own? Its exploration of teamwork and heroism make this series a must-binge for both Batman and Outsiders fans alike.

Have you read the current Batman and the Outsiders series? Let us know in our Community!