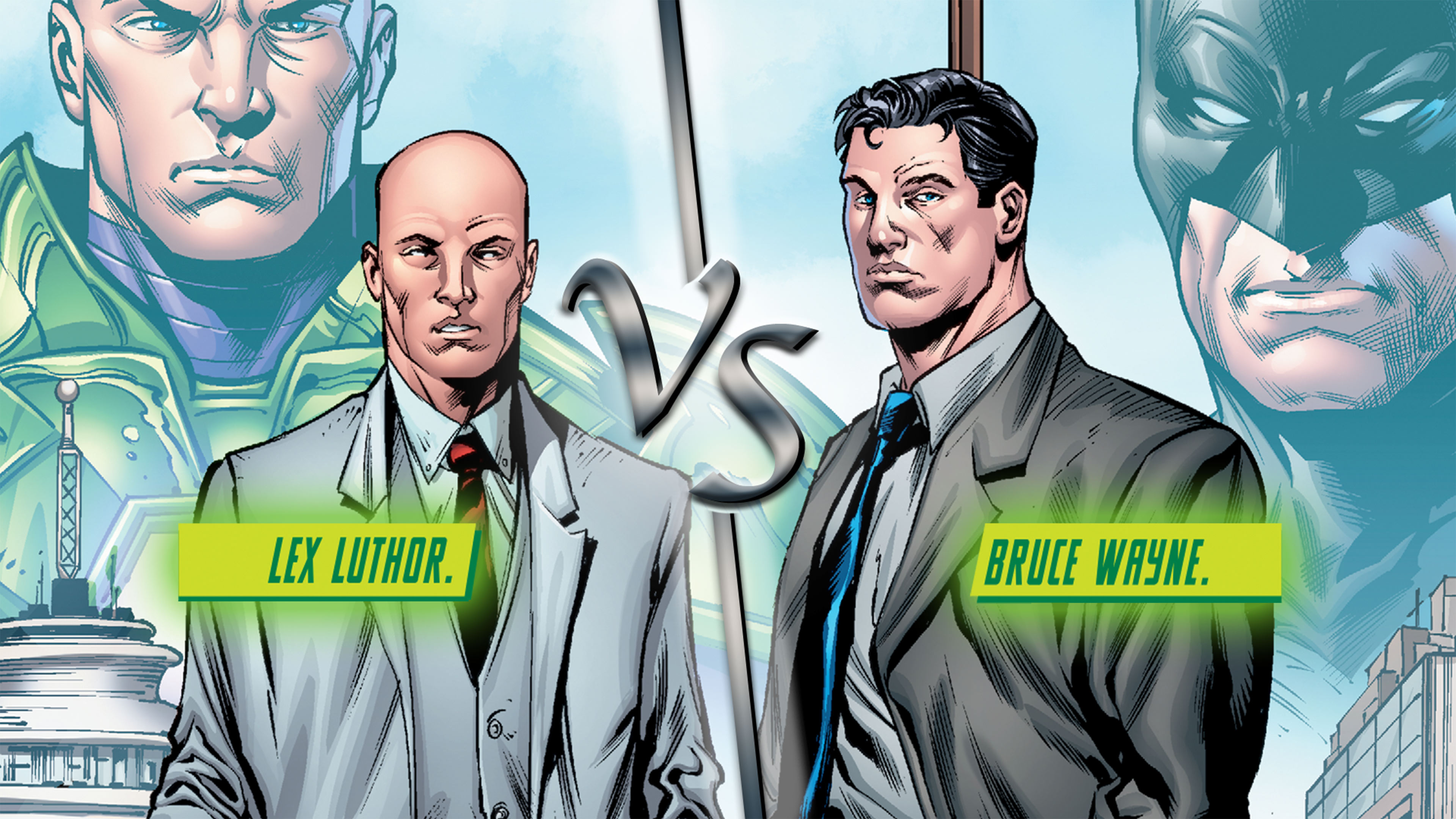 Billionaires are a dime a dozen in comics, and DC’s got them in spades. Between Maxwell Lord, Ted Kord, and Oliver Queen, the economy rarely hits our heroes as hard as it does the average common folk. At the top of the food chain are two titans of industry: Bruce Wayne and Lex Luthor. Both men have shared credits owing to their fortune. They’re both veritable geniuses, accomplished inventors, and worldly entrepreneurs. Highly educated and proficient in several different languages, martial arts, and sciences, these two have enough wealth between them to power a replacement sun for Superman should Earth's current sun ever die out (again.)

But who has more wealth? That’s a tricky question, and to begin, we need to know where their finances stand. Yes, Wayne and Luthor often throw large sums of money around to fund spaceships for super-teams, hire A-level assassins and criminals, and create the most complex technological devices imaginable. All of those would range in costs as high as the billions, correct?

In Injustice 2 #4 Luthor sends Batman a holographic will with which he offers up his fortune. That fortune is said to be worth more than a European nation such as France. France’s current GDP is equivalent to 2.58 trillion dollars, so Luthor was boasting to have more than that. Which is insane. Consider his hidden assets and collected items worth their weight in gold. Things like kryptonite rings and the various multicolored kryptonites he’s stored over the years, as well as power armor and secret laboratories would be owed to things held as valuable to the super-villain fraternity. Throughout comic book history we’ve seen a number of famous mementos put on sale, from power rings to the crowbar that bashed Jason Todd. Items from pieces of Brainiac to magical totems would make anyone obscenely rich were they to fall in their possession. With that in mind, it’s safe to say that Lex Luthor’s potential wealth is somewhat subjective. He very well could be richer than the whole of France, but he’d have to start selling his belongings to get there. 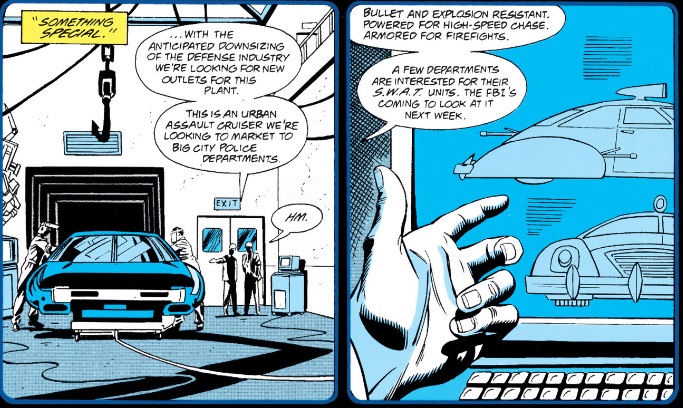 But what of Batman? While Luthor has weapons and devices worth more to villains than normal people, Batman has creations built to aid his war on crime. How much, for instance, do any of the Batmobiles cost? That very much depends on the model but if we think of the basics, the car must be bulletproof, shock-proof, shell-resistant, and have an engine with the power of every souped-up Fast and the Furious car combined. Going as far back as the Batmobile of the 1950s, even that was described by Batman as “ten years ahead of anything else on wheels..!” So the basic approach to the Batmobile is one that’s futuristic. We don’t have any crystal balls lying around but we can assume the other requisite modifications like bullet-proof glass and shielding are easy to tally in cost.

For example, bullet-proofing car windows can cost up to $20,000 with $100 per square foot. Proofing the tires is about $900 for each tire, totaling up to $3,600 for the set on any given Batmobile (cheaper if it’s the two-wheeled Bat-Pod from the Nolan Trilogy.) The average Nitrous Oxide engine costs up to $3,000, and bulletproofing that could cost between $5,500 and $11,000. And that’s not even getting into the mini compartments, Bat-computers and tracking systems, police radios and ejector seats, as well as buzz saws, oil slicks, tire-bursting spikes, emergency parachutes and targeting systems.

With all this in mind the Batmobiles could be worth at least a million a car and they still wouldn’t come close to Lex Luthor’s purported trillions-plus net worth. But the Batmobiles aren’t the only things in Batman’s arsenal. 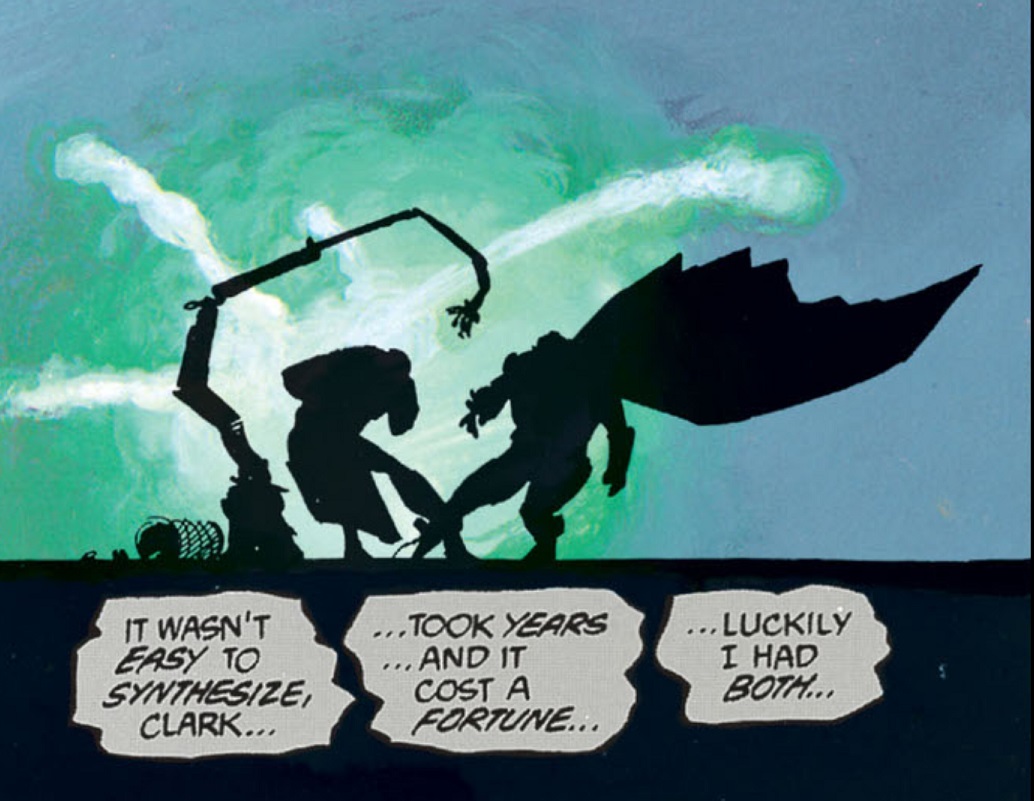 Consider Batman’s weaponry: his Batarangs, grappling hooks, gas bombs, net traps, tasers, explosives, flash bombs, spikes and synthesized kryptonite. What of his other vehicles, like the Batwing, Bat Boat, Whirly-Bat, Batcopter, Batcycle, Hydrobat and others? What about Tim Drake’s car, the Redbird, or even Bruce Wayne’s own personal collection of top-of-the-line roadsters? Include also the various restaurants and hotels he owns, the charities he funds, and the hospitals he’s financed have surely kept his profit running. But now we’re running into overlap with Lex Luthor again, who has just as many foundations and clinics running in his name as Bruce does. 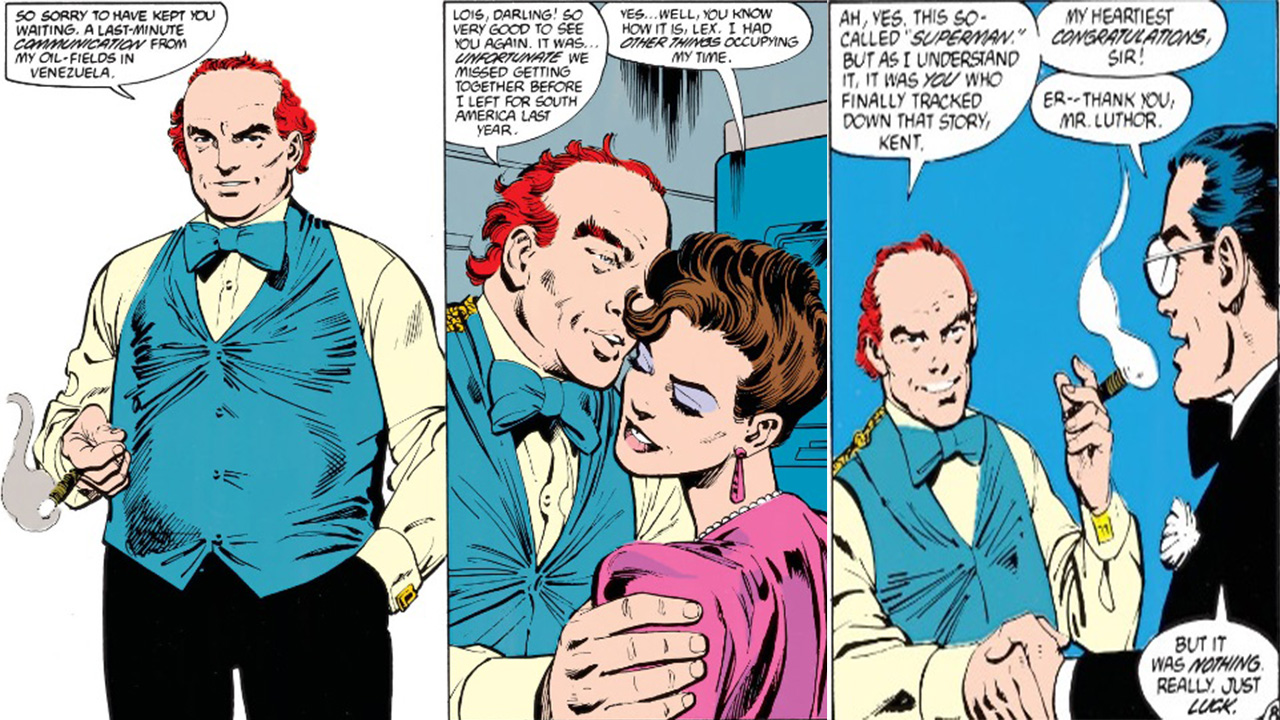 That’s the key to solving the mystery: the investments. What do Lex Luthor and Bruce Wayne place their money in? How do they want it to grow and for what purpose?

This answer is simple to arrive at. Consider Bruce Wayne’s family. When looking in the past, we find a laundry list of ancestors who all helped cultivate the family fortune through businesses and subsidiaries such as Wayne Shipping and Wayne Chemical, all leading up to the eventual Wayne Enterprises that is being maintained by Bruce and Lucius Fox to this day. But that fortune also funds the futures of Batman’s heirs. Dick Grayson and Jason Todd, and eventually Tim Drake and Cassandra Cain were all adopted into the Wayne fortune, and Damian Wayne is his blood-son. Bruce has stipulations and procedures set in place in the event of his death or disappearance (should it go public, his presumed demise was kept secret from the masses after Batman R.I.P.) Look no further than the end of the Dark Knight Rises where Wayne Manor was turned into an orphanage and Alfred was left with the estate. Bottom line, there are people to take his fortune with them should he leave this Earth. The wealth is maintained for the purposes of sharing and spreading.

Luthor has no one. Growing up on the streets of Suicide Slums, he created his own fortunes through his genius and technological wizardry. This granted him a fortune to be enjoyed …by himself and him alone. Luthor has no children, no heirs, and no one close enough for him to bestow his wealth when he’s no longer present to enjoy it. He’s also fundamentally self-centered. In Blackest Night, when the spectrum rings spread across the DC Universe to find new hosts, the Orange Ring of Avarice found Luthor, drawn by his pure greed. It’s a culmination of everything Luthor is. Beyond his genius brain, his diabolical cunning and his sinister will lies the heart of a selfish, self-interested egomaniac. 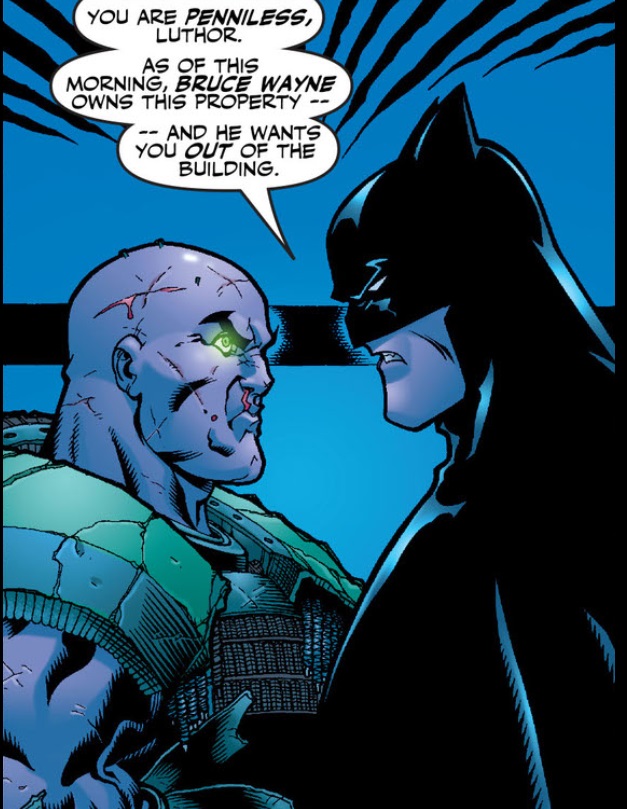 In the end, the richer man is defined by the value of his wealth. Is he wealthy in fortune or spirit? Loved ones, or possessions? Fame or legacy? As stated before, these are subjective questions, but until we get a definitive answer establishing the net worth of Lex Luthor and Bruce Wayne, we can continue counting the ways their individual riches add up.

What would you buy if you had Bruce Wayne money? Let us know in our Community!