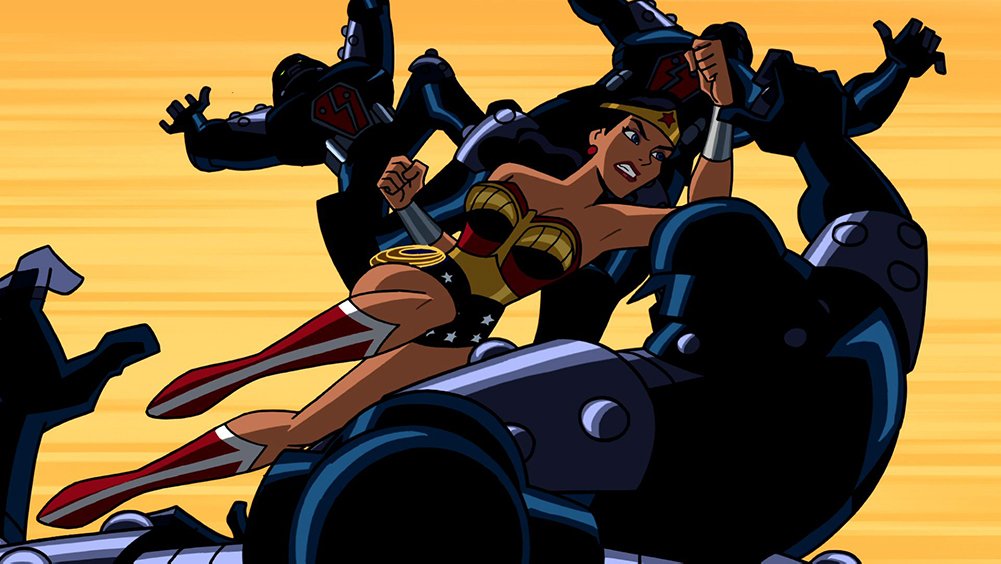 Although she's never had her own solo animated series, Wonder Woman has been appearing on television screens in animated form for decades. Some fans may have discovered the Amazon Princess through the '70s and '80s Super Friends or the 2000s' Justice League shows. And Diana has made a handful of other memorable animated appearances on the small screen. If your first screen exposure to Wonder Woman was last year's Gal Gadot-starring hit, here are a handful of her greatest cartoon hits well worth checking out... 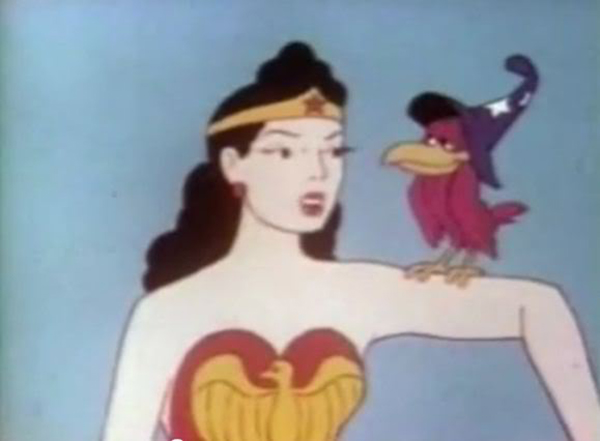 Wonder Woman made her animated television debut not on Super Friends, as most would guess, but actually on a 1972 episode of The Brady Kids, the cartoon spin-off of The Brady Bunch. She appears first as Diana Prince, here a librarian helping out Jan Brady, but turns into Wonder Woman to help the kids out when they are magically transported back to ancient Greece. Although her comic book counterpart at the time had no powers and was a super spy, this version was in full, classic superhero mode. Not only that, she sported her Golden Age costume and hairdo. 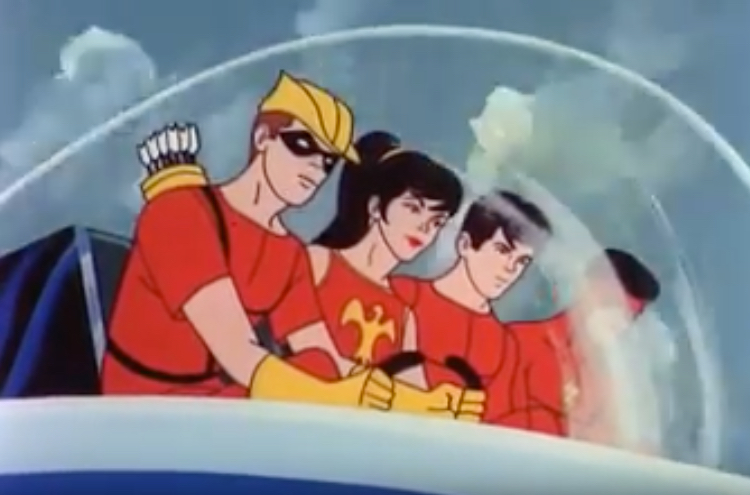 Didn't we just say The Brady Kids was the first animated appearance of Wonder Woman? Ok, that is technically true. But in 1967, the Teen Titans showed up as part of the Superman/Aquaman Hour of Adventure, in a series of shorts; and among the team was Wonder Girl. Although Wonder Girl would be given a new identity in 1969 as Donna Troy, Wonder Woman's kid sister, in 1967 the Teen Titans version of her was, as far as viewers and readers knew, still just a teenage Wonder Woman. So depending on your point of view, this could be considered Wonder Woman's first animated appearance! 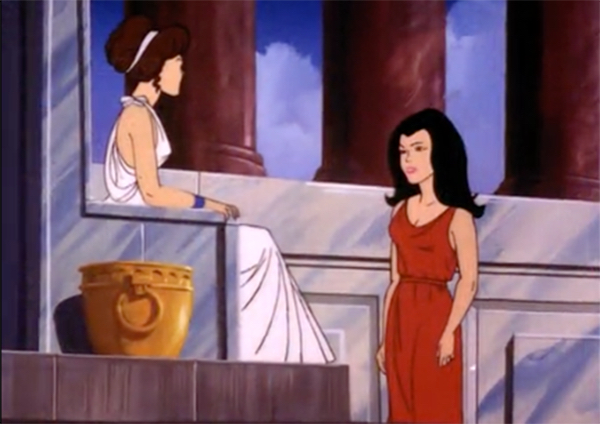 For people of a certain generation, their introduction to Wonder Woman, even before the Lynda Carter-starring live-action television series, was the Saturday morning Super Friends cartoon, which ran from 1973-1986. While the live-action show got most aspects of Diana's origin story right, they left out the part in which Greek goddesses bring to life a clay statue for Queen Hippolyta to raise as her daughter. This part of Wonder Woman's origin was first shown in detail on screen in this 1978 episode of the Super Friends. 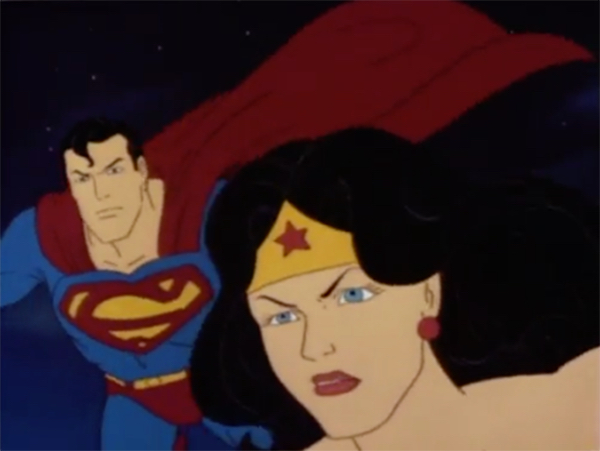 For Superman's 50th anniversary in 1988, Ruby Spears would produce a new cartoon series starring the Man of Steel, the first project in any media to reflect the big changes made to the character after Crisis on Infinite Earths. The show only lasted one season, but during that season Wonder Woman appeared in an episode fighting an evil witch alongside Kal-El. This was also the first time an animated Diana would echo the changes her comic book incarnation had been through since writer-artist George Perez reinvented the character, including his versions of the Amazons, Themyscira, and the tweaks he made to Diana's costume. 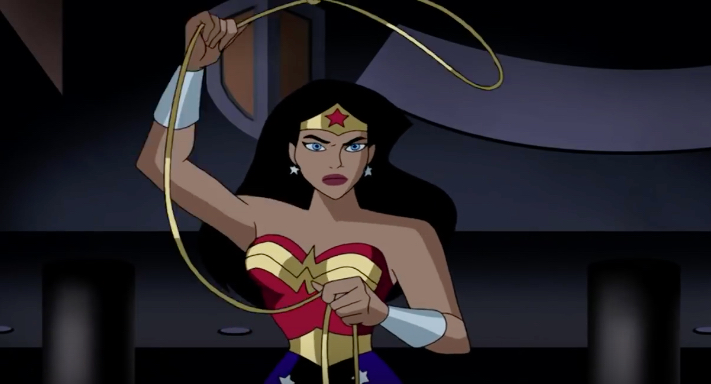 After over 15 years away from television screens, Wonder Woman returned to the airwaves once more as a main character in Bruce Timm's Justice League animated series. Certain changes were made to her origin story (she stole her costume and magic lasso in this version instead of winning them). But perhaps the biggest change to her mythos comes in this episode, where we find that her mother Queen Hippolyta has exiled her from her home of Themyscira for bringing men to the island. This happens even though the men were her League comrades who helped to save the Amazons! Harsh. 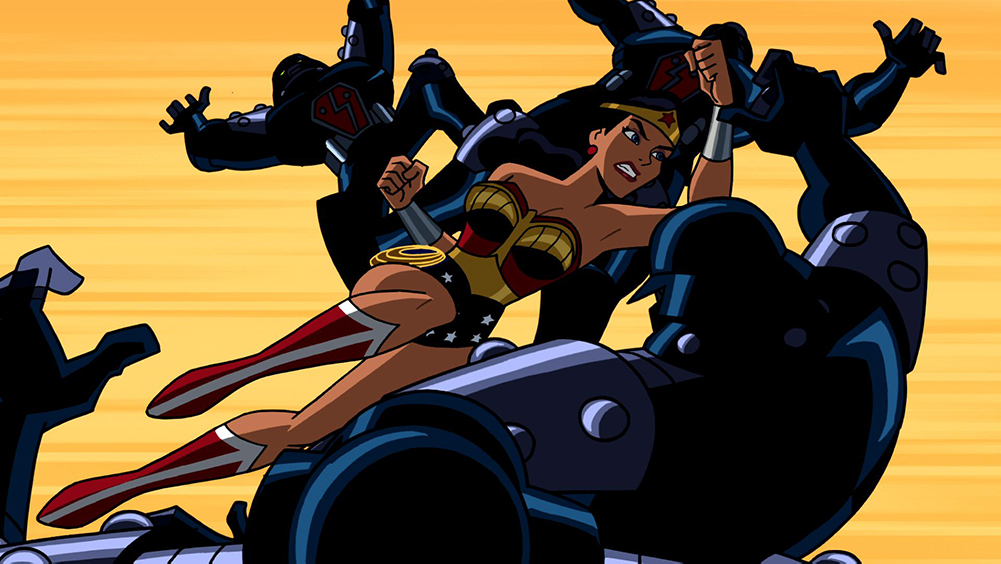 Batman: The Brave and the Bold saw the Caped Crusader team up with many different heroes from across the DC Universe. After much fan anticipation, he was finally able to partner with Wonder Woman herself in this episode. This Princess Diana was a throwback to the Golden Age era version of the character, complete with an Invisible Jet. She even manages to save her beloved Steve Trevor from her old enemy, the evil Baroness Paula Von Gunther -- all to the tune of her 1970s TV series theme song. 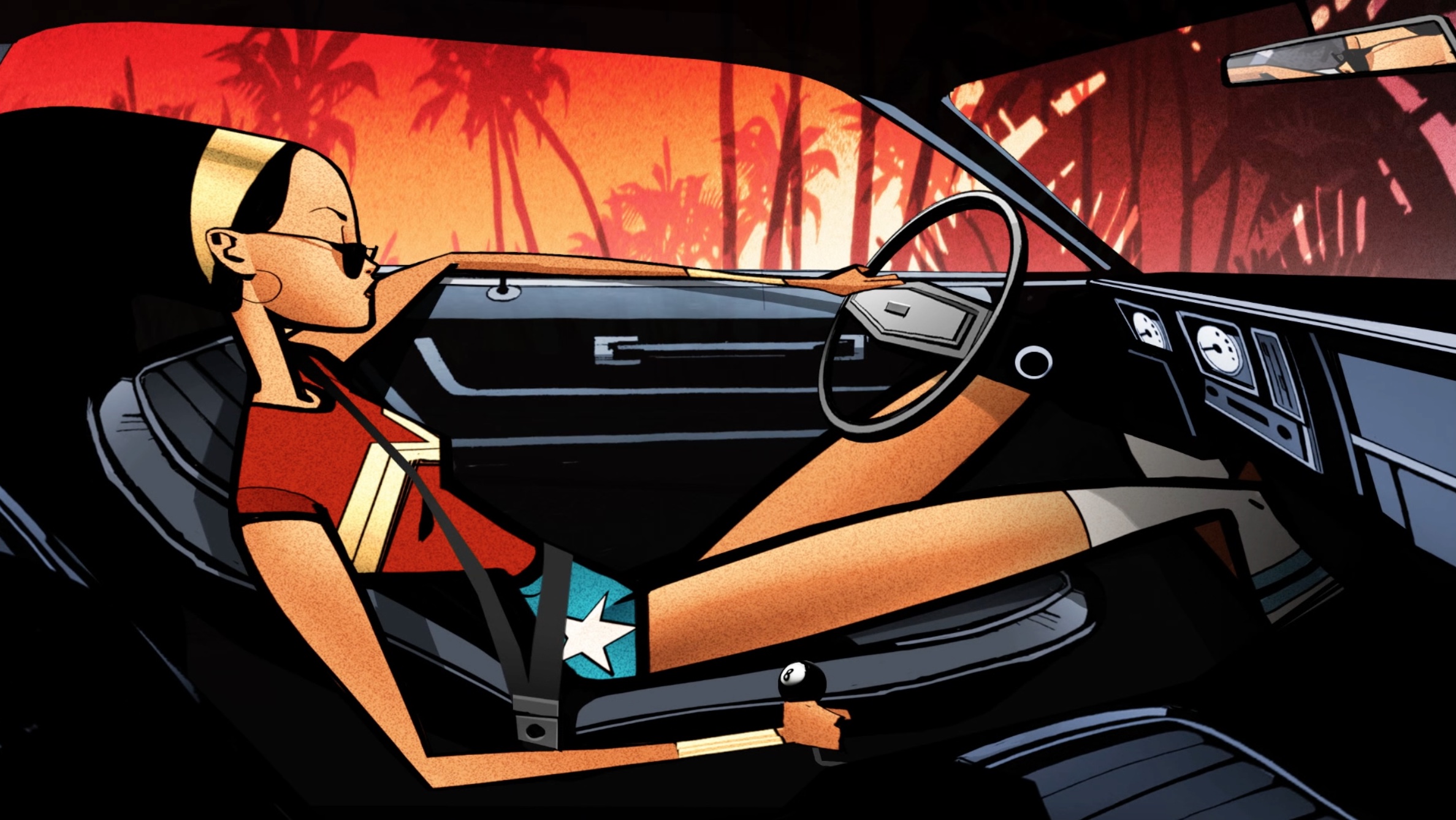 Back in 2013, Warner Brothers Animation gave viewers a radical new interpretation of Diana Prince, in a series of shorts for their DC Nation block on Cartoon Network. The shorts were produced by artist and animator Robert Valley, and inspired by the action films of the 1970s and badass heroines like Pam Grier. Here, Wonder Woman got around not in an Invisible Jet, but an invisible hot rod (with custom plates of course). She trades in her tiara for a head band, and wears a pair of star spangled booty shorts to fight crime and save the day. So groovy.