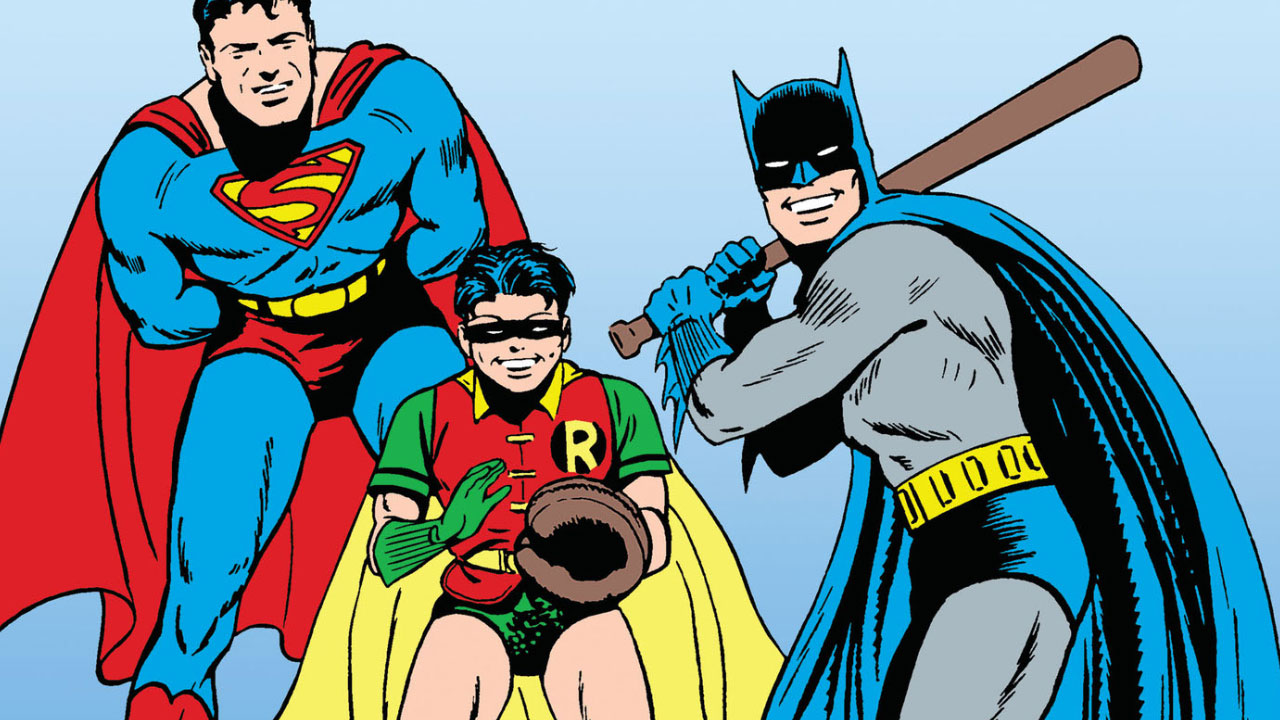 Bats at Bat: Who's on First When the Batman Family Plays Baseball?

The crowds are empty and the rules are all changing, but believe it or not: baseball season has inexplicably arrived. America’s signature sport is being played in stadiums throughout the country for television audiences, all towards a goal no statistician is quite sure how to tabulate in this most peculiar of periods in sports history. But where general audiences are kept away, you can’t keep Gotham’s first family in vigilantism off the diamond. When you’re talking baseball with the Bat family, you better be prepared. So in a dugout full of the Dark Knight’s greatest allies, who plays what position -- and, more important, what’s their walk-up song as they come up to bat? Here’s where we’ve landed on this most important issue… 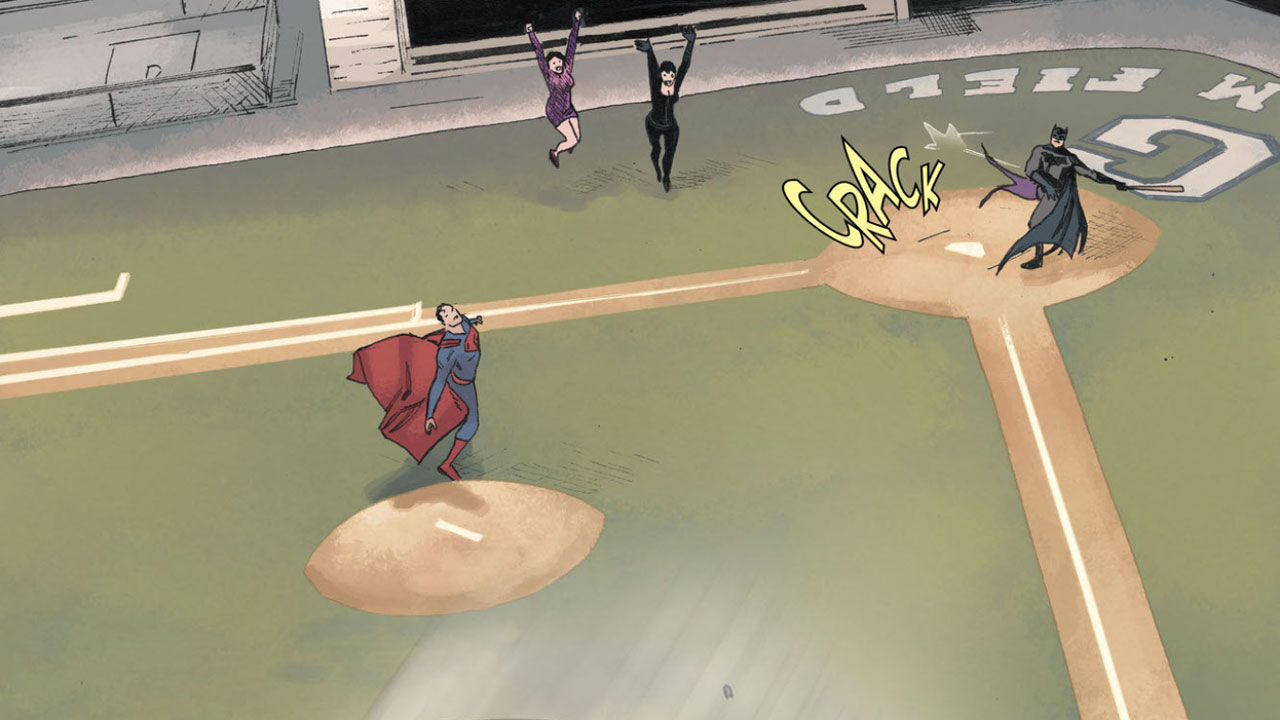 Walk-Up Song: All he needs are four notes to strike fear and awe into his enemies. That dramatic horn swell from Shirley Walker’s score for Batman: The Animated Series. You know the one: “Ba, ba, BA-BAAAAAAA”

Walk-Up Song: “Entry of the Gladiators.” You probably know it as that one circus song that plays when the clowns come out. But try and divorce it from that cultural cache and you’ll feel the original sense of grandeur and wonder that the piece entailed, like you were about to witness something joyous and mesmerizing the likes of which you’ve never seen before. Can’t take the circus out of the boy.

Walk-Up Song: Ever the rebel, Jason’s going with something hardcore, with an attitude that expresses he’s gonna do things his way alone, and probably do it better than you. “Killing in the Name” by Rage Against the Machine would be perfect. We’re thinking… oh… around 4 minutes and 12 seconds in.

Walk-Up Song: Duckboy’s just a big ol’ nerd, and that’s why we love him. So he’s probably going to pick an intricate math rock song. Probably a choice refrain from the middle of “2112” by Rush.

Jersey Number: #1 (He accepts nothing less.)

Position: Shortstop (Do NOT call him “Shortstop.”)

Walk-Up Song: “Ride of the Valkyries.” Damian’s approach to the plate is nothing short of operatic in its epic proportions… at least, that’s how he sees it.

Walk-Up Song: Duke really came into his own around 2015 as part of the street team of unauthorized Robins in the DCYOU era, so he’d really be into the mid-10s hip hop scene. Something like “Alright” by Kendrick Lamar.

Babs doesn’t have a field position: she’s the field manager. Any diehard baseball fan will tell you that the game is really more of a competition of strategy than athleticism. And in the great game, it’s the field manager who moves the pieces around. Barbara’s experience as Oracle makes her the most vital team member to success -- a skill set and expertise which would be wasted if she were relegated to playing a mere field position. You know, not that we’re making a point or anything. What’s an analogy?

Walk-Up Song: Helena’s way too cool for the room, or any arena. But if she’s gotta take the field, she’s gonna go full Madonna from A League of Their Own. One of her ‘80s hits, like “Into the Groove.” 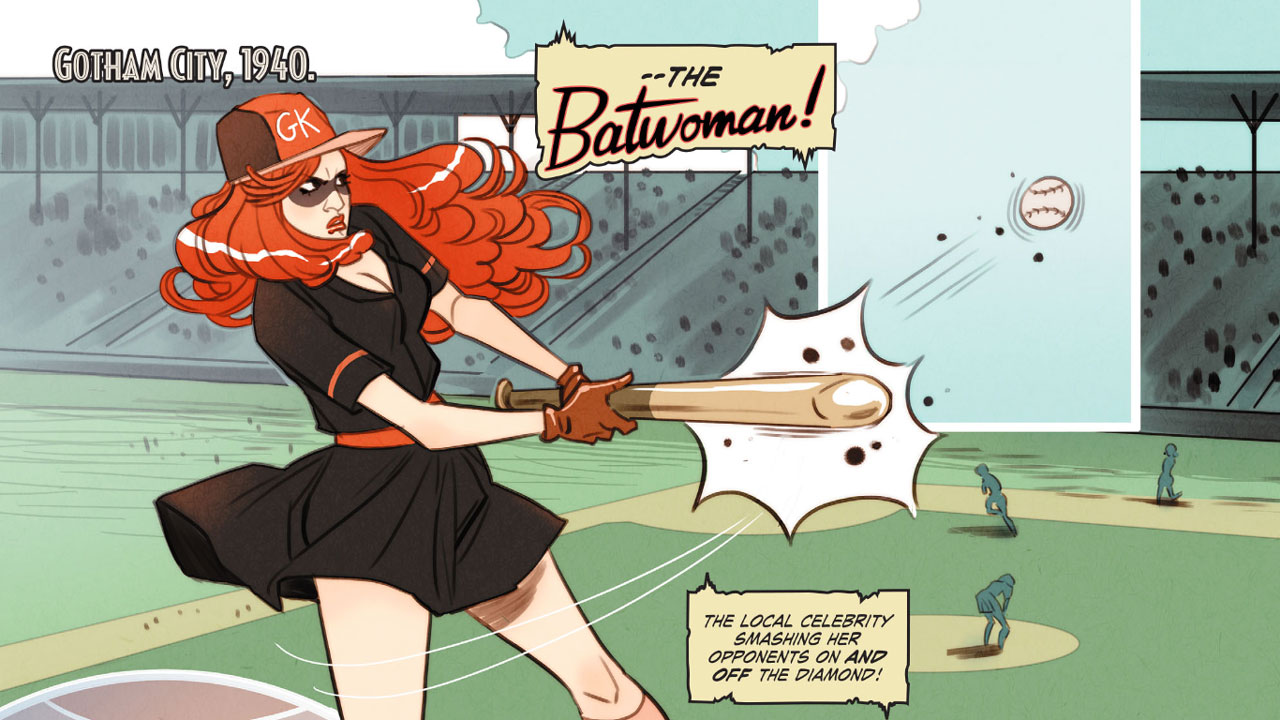 Jersey Number: #52 (The series from whence she came.)

Position: Designated Hitter (She does have the most experience, after all.)

Walk-Up Song: Whatever song you’re thinking of, it’s not gay enough. “All the Things She Said” by t.A.T.u is a good starting point, but she can probably do better.

Position: Left Field (Fast as the wind, reflexes unmatched, exactly who you want where the toughest balls go.)

Walk-Up Song: Similar to Dick and Damian, but she’s serious about it -- and always delivers. Cass is all about balletic movement. This isn’t sport to her: this is poetry. Play her onto the field gently with Tchaikovsky’s “Swan Lake,” and before long, you’ll believe a ball can fly.

Jersey Number: #0 (Tell her she can’t have it, she’ll only wear it harder.)

Walk-Up Song: “Never Gonna Give You Up,” by Rick Astley. Every single time.

How would your favorite DC characters step up to the plate? Play ball in our Community!