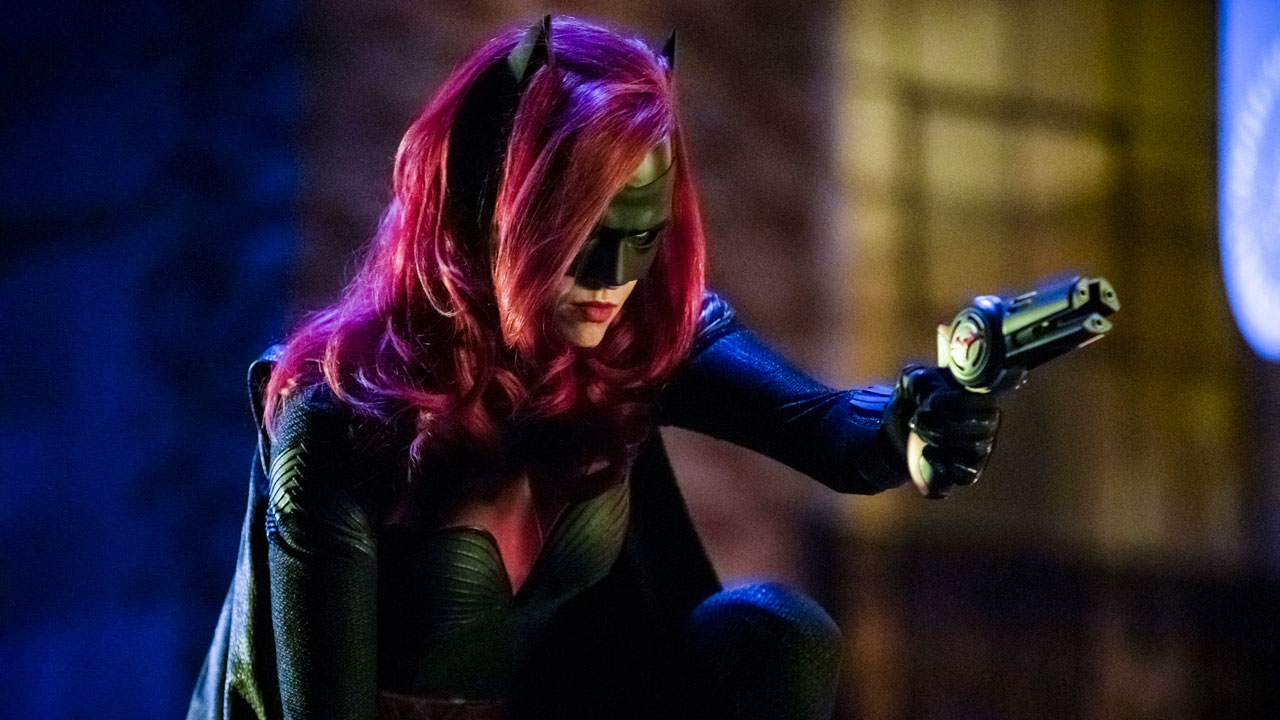 Welcome back to Batfan Friday, our weekly rundown of the latest news in the Dark Knight’s world! Batman and his allies have brought justice to comics, TV, and merchandise this week. Let’s see what they’ve been up to... 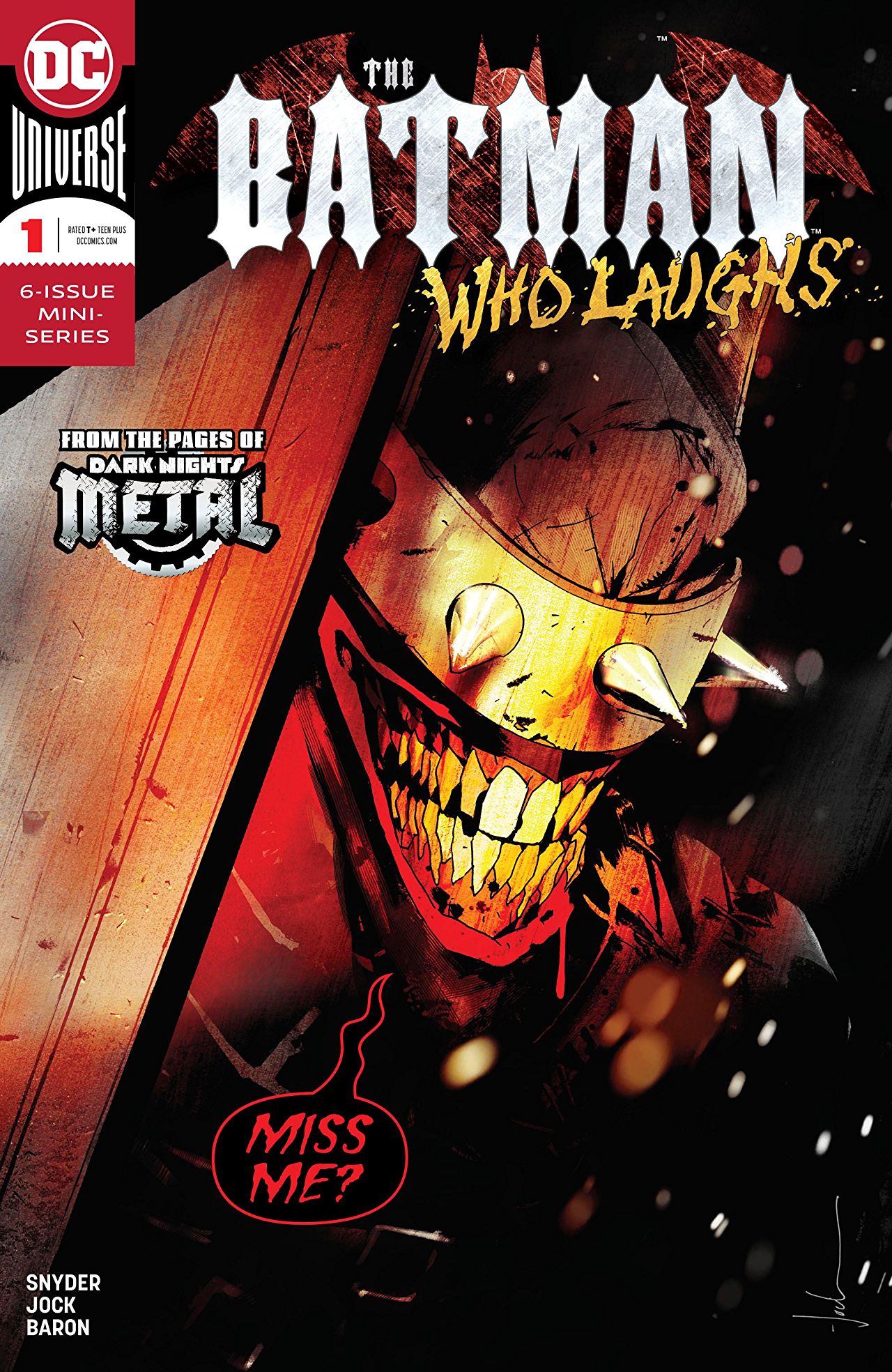 One of the craziest versions of the Dark Knight from “Metal” is back in The Batman Who Laughs #1 (written by Scott Snyder, art by Jock). When our version of Batman comes across the corpse of someone who looks like an older version of himself, he slowly deduces that his Jokerized counterpart is back. The Batman Who Laughs targets the Joker in Arkham Asylum, and the Caped Crusader winds up offering his enemy sanctuary in the Batcave. But the Clown Prince of Crime betrays his savior and Batman finds himself injected with Joker venom! Never trust a criminal clown.

We get a good look into what drives Alfred Pennyworth in Batman Annual #3 (written by Tom Taylor, art by Otto Schmidt). Batman’s butler looks back on his relationship with the Dark Knight and ponders why he continues doing what he does. After a tongue-lashing from Dr. Leslie Tompkins, Bruce takes a night off from patrol to make sure he can tend to Alfred while he has the flu. The story is a heartwarming look at how a man like Alfred manages to constantly keep it together in order to make sure Batman can go off and save the city.

The mystery of the Joker’s death gets freaky in Batman: Damned #2 (written by Brian Azzarello, art by Lee Bermejo). Batman is no longer sure his archenemy is dead, and runs into Etrigan and Deadman during his investigation. Harley isn’t taking the death of her Mr. J all that well, and winds up disguising herself as her late puddin' in order to attack Batman. The issue ends with Batman defending himself by choking the life out of her...but it appears other forces are at work.

Batman’s past comes back to haunt him in Detective Comics #994 (written by Peter J. Tomasi, penciled by Doug Mahnke). On the anniversary of his parents' murder, Batman and Gordon discover two corpses dressed like Thomas and Martha Wayne. The night gets even stranger when an inhuman creature attacks Leslie Tompkins, and forces her to inhale a mysterious gas. When the Dark Knight goes to save Leslie, he’s horrified to discover her fighting the effects of Joker venom! 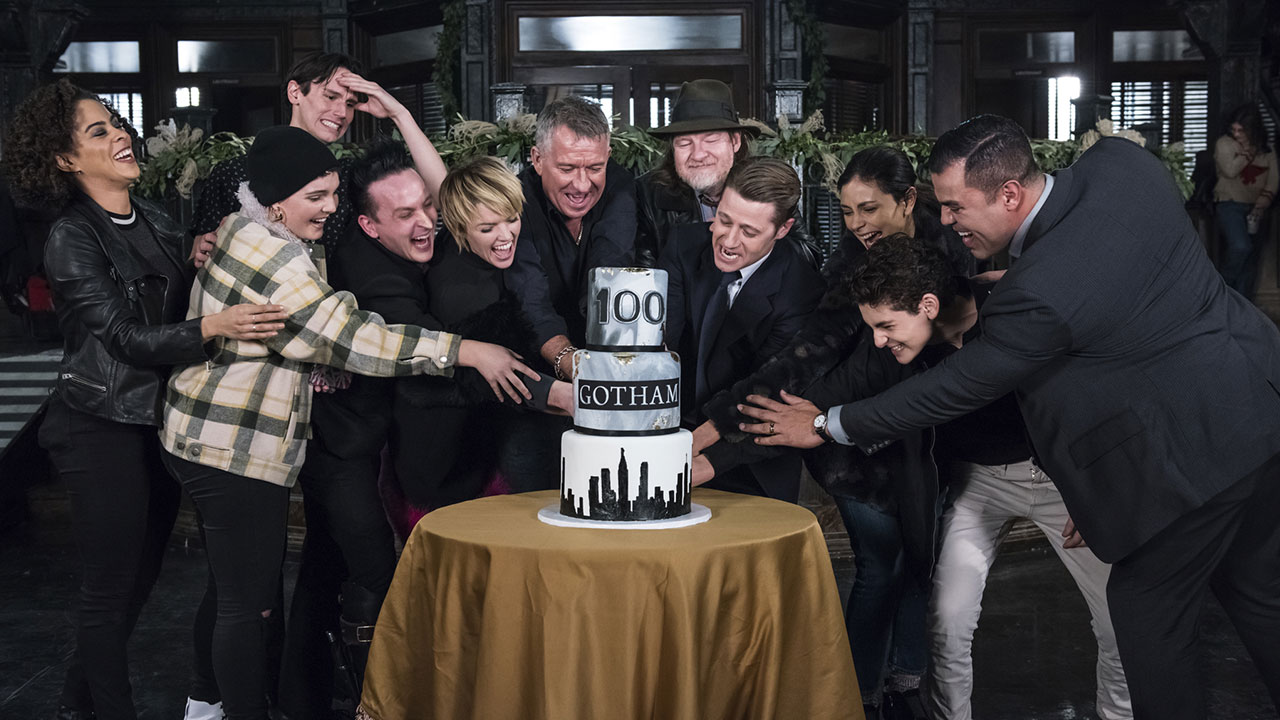 The cast of Fox’s Gotham had a very eventful week. On Monday they cut a Gotham-themed cake to celebrate filming the 100th episode of their series. Though this won't be the final episode broadcast, it was the final episode filmed -- and on Tuesday, the cast had their final day of filming. The finale is extra special because it was written by cast member Ben McKenzie (Jim Gordon) and directed by Erin Richards (Barbara Kean). After wrapping the entire series, the cast celebrated on Wednesday by premiering the fifth season at New York’s Paley Center. But if you missed the premiere don’t worry, Gotham will return to Fox for its final season on January 3rd.

Gotham isn’t the only Batman-related production that finished filming in New York this month. After three months of shooting, Joaquin Phoenix said goodbye to New York, as his upcoming Joker prequel wrapped. Directed by Todd Phillips, The Joker movie will be released on October 4th.

This week the CW broadcast its eagerly awaited "Elseworlds" crossover -- and the Flash, Green Arrow, and Supergirl took a trip to Gotham City! The trio met Batwoman, saw the Wayne Enterprises building, and battled their way through Arkham Asylum. The Gotham City scenes were filled with dozens of Easter eggs from Batman lore. Ruby Rose’s Batwoman debuted, and looked great in action as she saved the day at Arkham. If you can’t get enough of Kate Kane, a pilot is currently being developed with casting calls currently out for Batwoman's family and friends. If picked up, Batwoman will premiere during the fall 2019 season. Until then, be sure to read Batwoman's unforgettable origin story "Elegy" in Detective Comics' #854-860 here.

Over in DC Universe's Titans (watch “Koriand’r” here), Dick and Donna arrived at Angela’s home just in time to stop Kory from killing Rachel. Donna was able to bring Kory out of her trance, but she was unsure why she attacked the girl she’s grown to care for. Dick and Donna followed Kory to her ship; and, as she regained her memories, they discovered Rachel is the gateway to her father Trigon, and that Angela isn’t to be trusted. The trio rushed back to Angela’s home, and got ready to face the terror of Trigon! 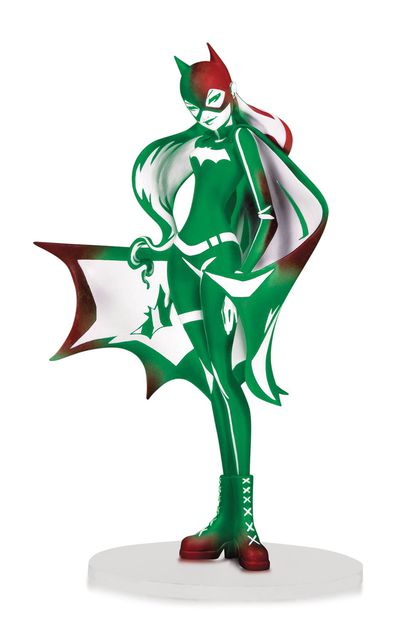 If you’re looking for some seasonal cheer, DC’s Artists Alley collectible line just released a limited-edition holiday-themed Batgirl figure. If you’re a Grinch who hates Christmas, don't worry -- the same figure is available in its standard colors, or you can get both and swap them out during the Christmas months!

NEXT WEEK: It looks like Dick is about to take on Batman himself in the “Titans” season finale! (Watch the trailer for "Dick Grayson" here.) Meanwhile, Dr. Crane’s session with the Dark Knight continues in Batman: Kings of Fear #5, Selina is caught between Mrs. Creel and the cops in Catwoman #6, Ric Grayson tries to avoid his old life in Nightwing #55, Professor Pyg sets his sights on Gotham in Batman #61, and the origin of Crush is revealed in Teen Titans #25! Yup, you may want to brace yourself, because next week looks like it’s going to be action-packed. We’ll see you back here to discuss how it all went down -- same Bat-time, same Bat-channel!