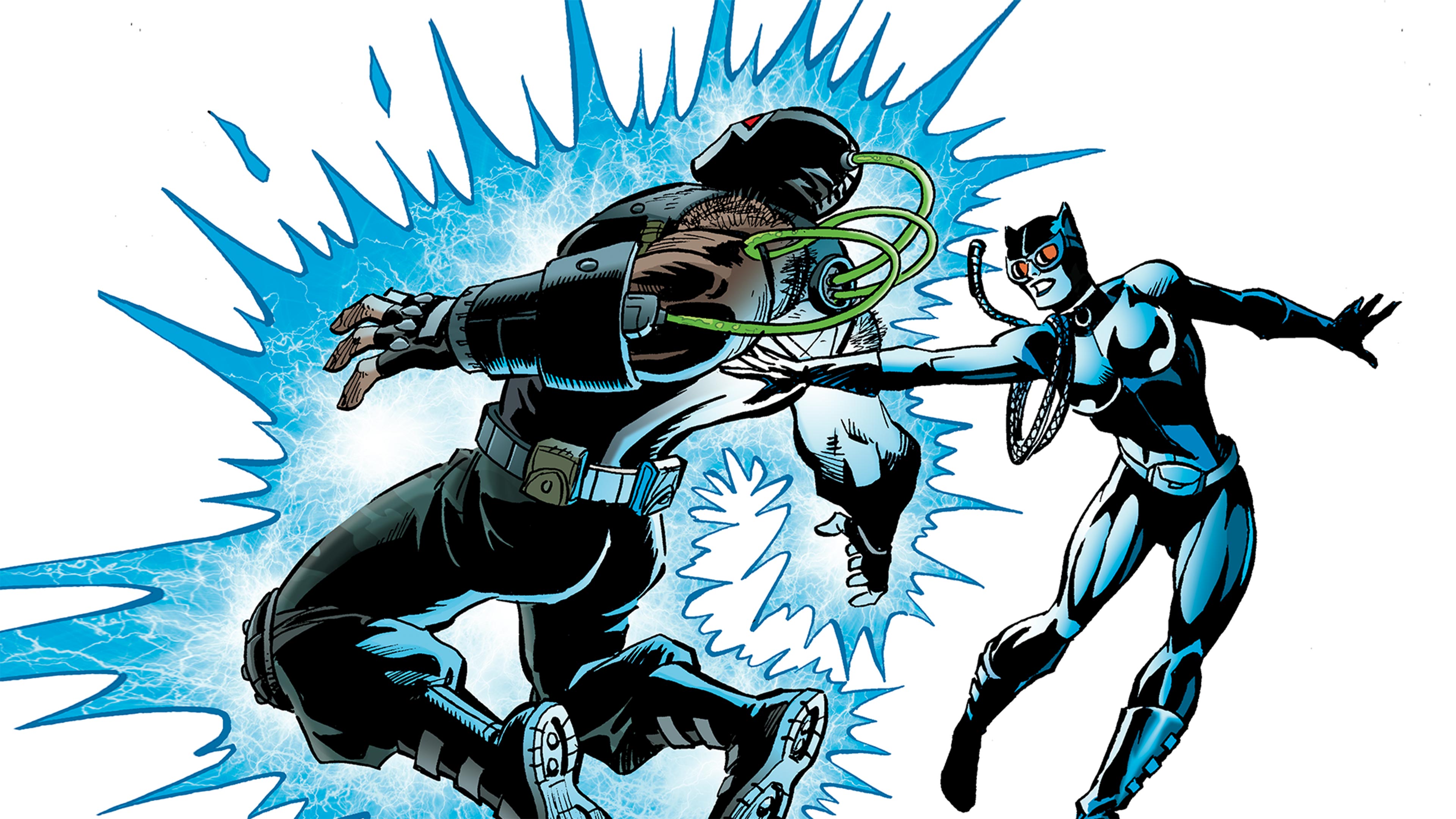 Poor Bane can't catch a break. While he used to be known as the man who broke the Bat, if you’ve seen DC Universe’s Harley Quinn you might think he’s the man who broke his own dignity. Plus, this week he fell in battle in Meta Madhouse against his former flame, Talia al Ghul. Of course, in comics, Bane has also been subject to more than a few humiliating moments. Don’t get us wrong, Bane is still one of the most cunning foes Batman has ever faced, but that doesn’t mean he gets it right every time. In the spirit of DCU’s Harley Quinn, here are 5 of Bane’s most embarrassing moments. 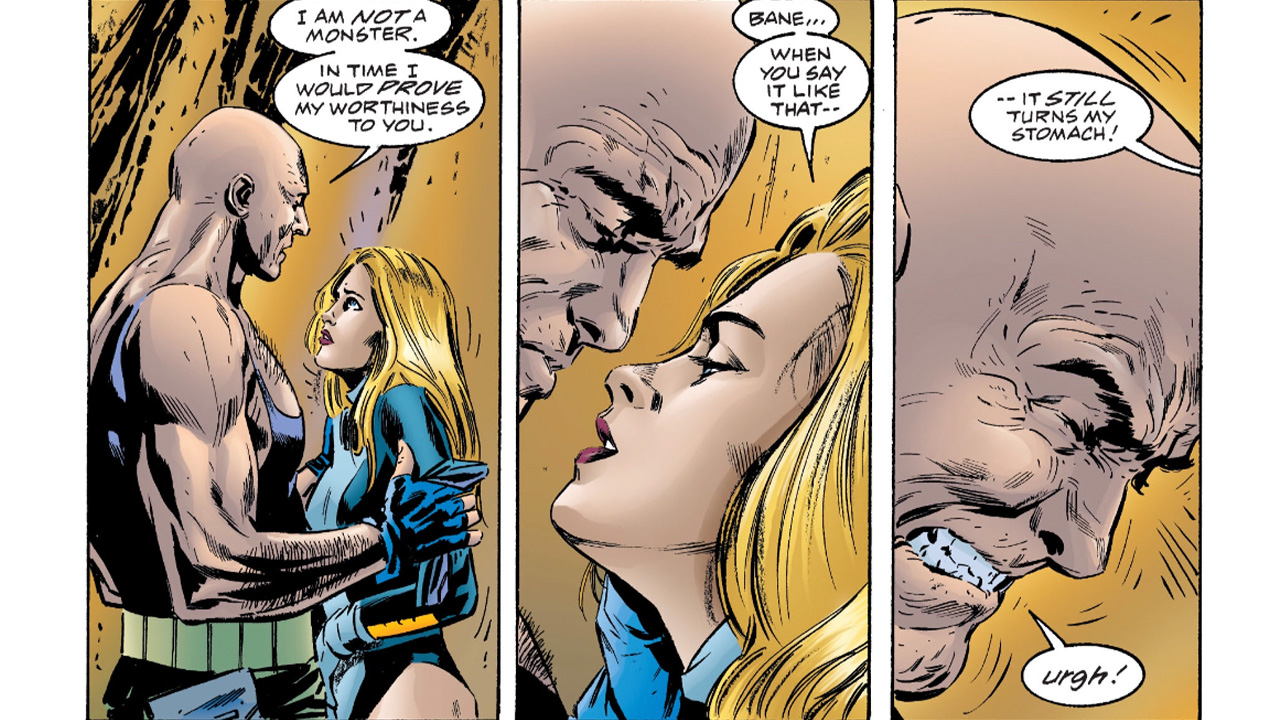 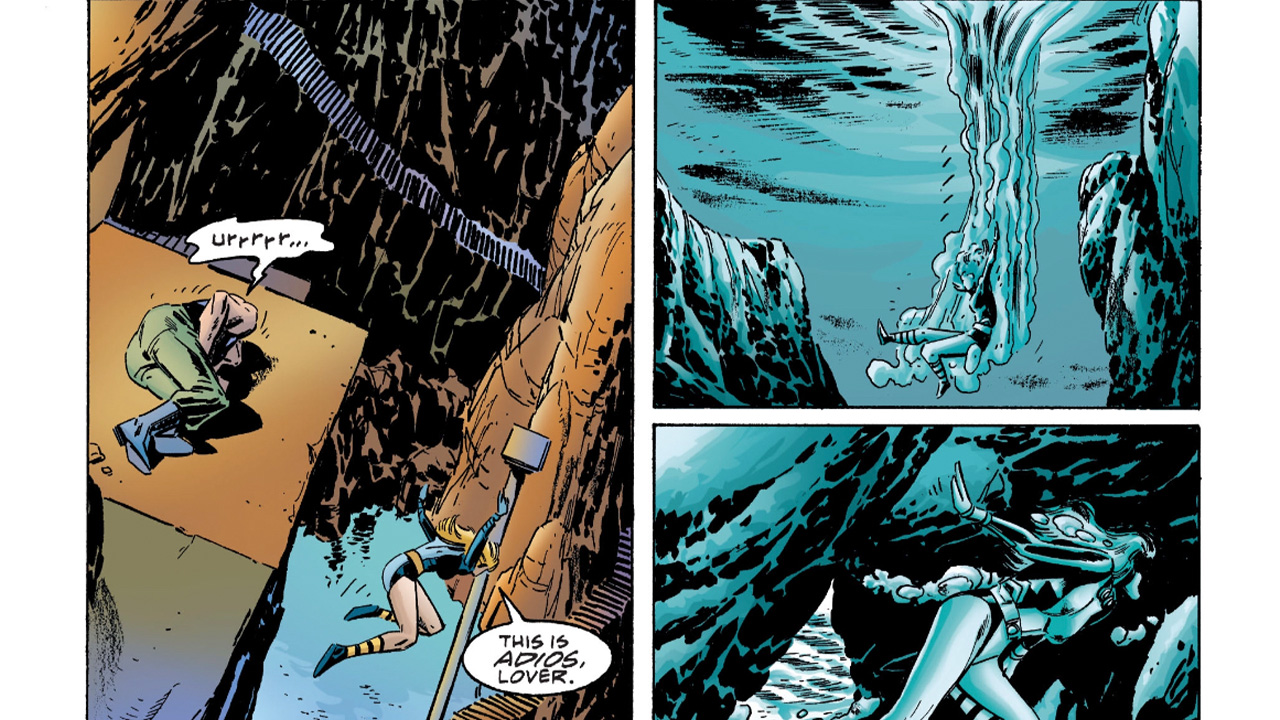 Bane might be good at “doing splosions” but he sucks at reading signals. In 2000’s Birds of Prey #26 he made a play for Black Canary, and didn’t pick up the hints that she was clearly not into him. The story starts with Bane acting out because he had recently been rejected by another woman, Talia Al Ghul. Bane decided to get back at Talia by destroying one of her father’s Lazarus Pits, which is somewhat of an overreaction. You’re pretty much saying “You won’t go out with me, so I’m going to make sure your father dies.” During his petty revenge mission Bane ran into Black Canary and found himself smitten. Dinah responded by kneeing Bane in the crotch, and leaving him behind to reconsider his life choices. 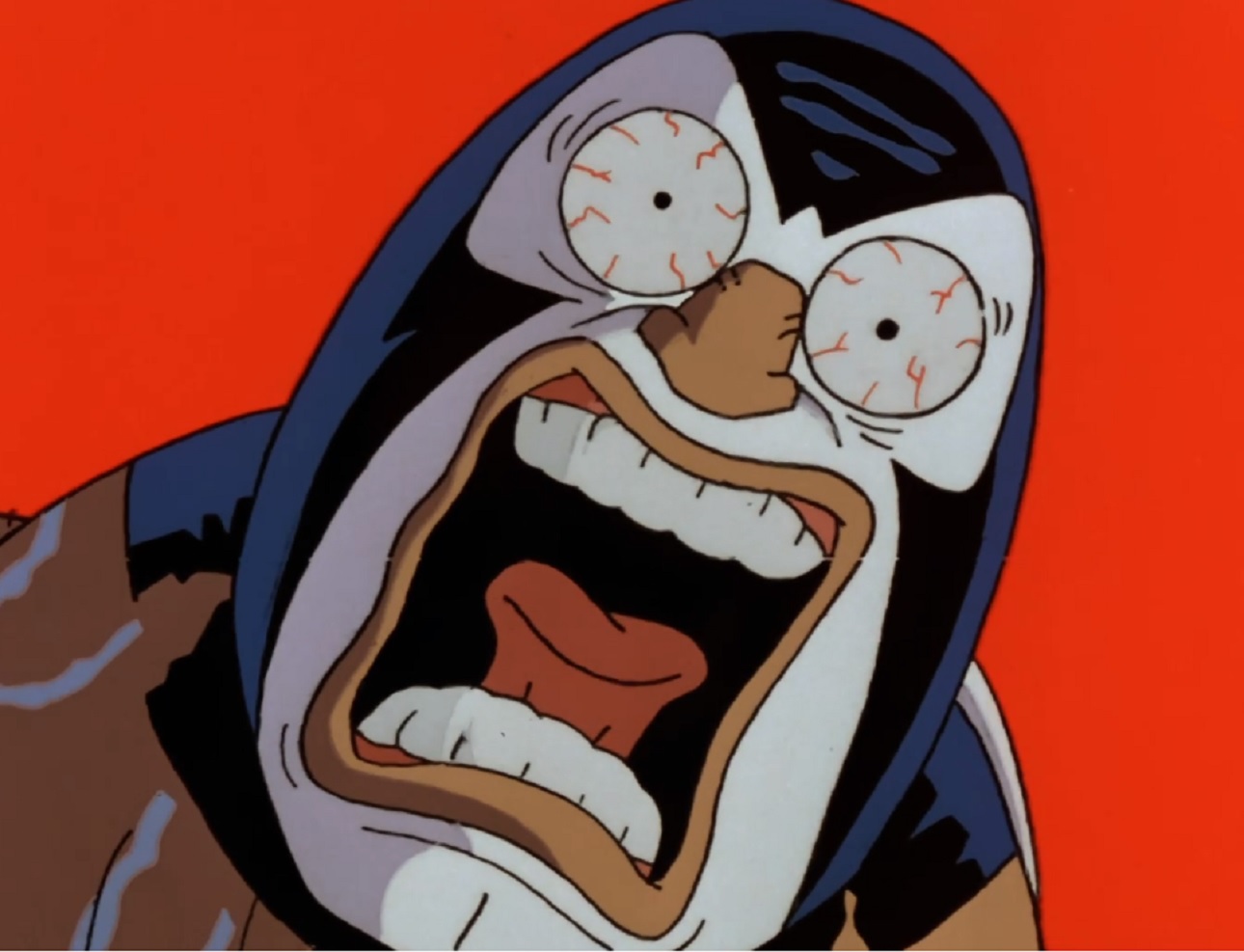 All things considered, the Batman: The Animated Series episode “Bane” might be one of the villain’s most accurate adaptations. He’s every bit as smart and ruthless as he was in the contemporary comics, and comes away from the episode looking pretty good – until the final battle. While sparring with the Dark Knight, Bane gained the upper hand and for a moment it looked like we’d be seeing a recreation of the iconic scene in Knightfall where Bane broke the Bat. Before Bane could shatter Batman’s spine, the Dark Knight used quick thinking to save himself and messed with the villain’s Venom tubes. Bane began overdosing on the drug as his body inflated like a balloon. The scene was somewhat comical, as Bane screamed in pain and young viewers were half-expecting his body to explode. In the end, Bane survived the encounter, but we won’t be letting him live this one down anytime soon. 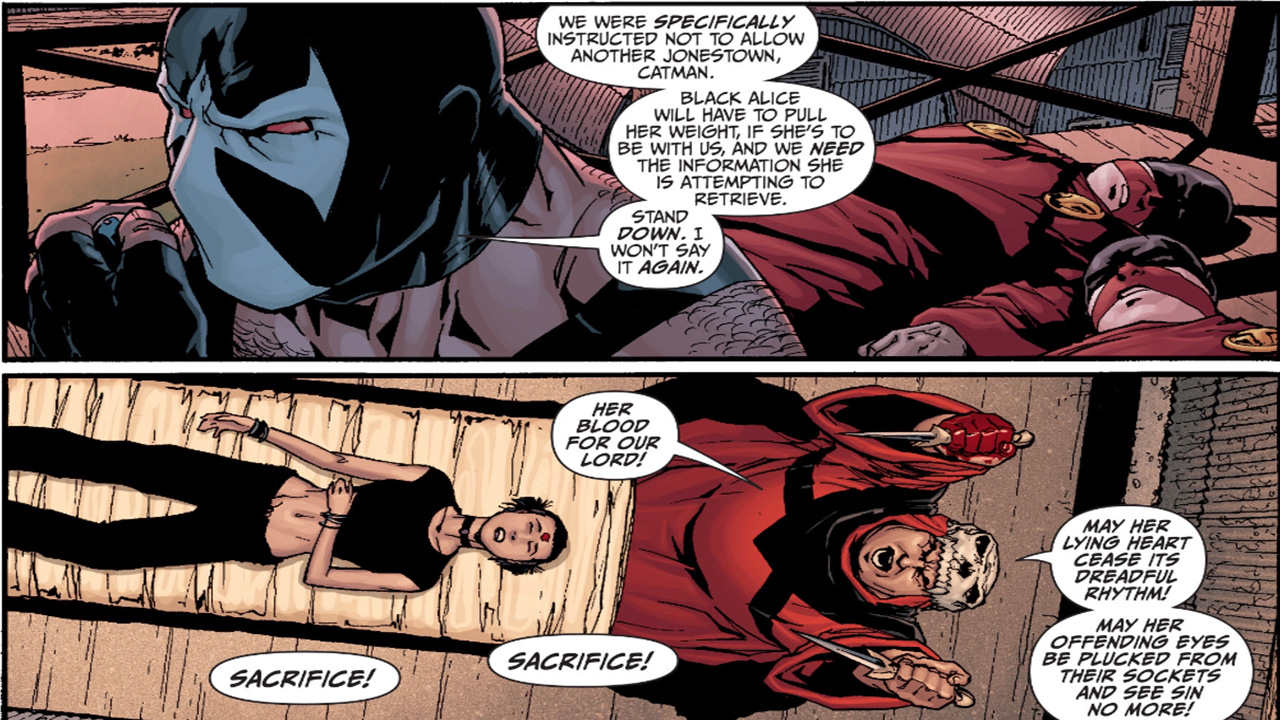 You would think that breaking Batman’s back would command some respect, but nobody seems to take Bane seriously as a leader. In 2009’s Secret Six #14 Bane decided to take control of the villainous team and proclaimed himself leader. Bane didn’t command much respect from the Secret Six, and their roster was resistant to Bane’s proclamation, but not resistant enough to offer an alternative. Instead they did what all underlings do when they hate their boss; they decided to ignore his orders. In 2010’s Secret Six #19, the group ignored Bane’s orders not to storm a cult base, which left him fuming. Bane’s decision to kick Scandal Savage off the team resulted in her starting her own Secret Six, which later fought Bane’s group. Bane’s leadership constantly led the team into traps, which is embarrassing for someone who claims to be a master tactician. Should we go on? We’ve probably made our point; Bane’s leadership skills are cringe-worthy.

THROWING UP AND FALLING OFF A CLIFF

The drug Venom has given Bane an edge, but like most addictions, it’s also led to some humiliating moments. In 2012’s Batman: The Dark Knight #7 Bane was using a new version of the drug and thought he was king of the world. With his new increased strength, Bane picked up a defeated Batman and prepared to throw him off a cliff. With the help of the Flash, Batman shoved a serum done Bane’s throat that was designed to counteract the Venom. Bane vomited all over himself, started screaming about how he was the strongest, then fell off a cliff. Batman and Flash looked on in pity, and decided he wasn’t even worth the dignity of arresting. They just let the vomit-covered villain wash away into the ocean. Can you imagine Lex Luthor or Darkseid vomiting during a battle? People throw up and fall off of roofs at college parties all the time, but we always thought Bane was above that stuff.

TURNED INTO AN ELEPHANT 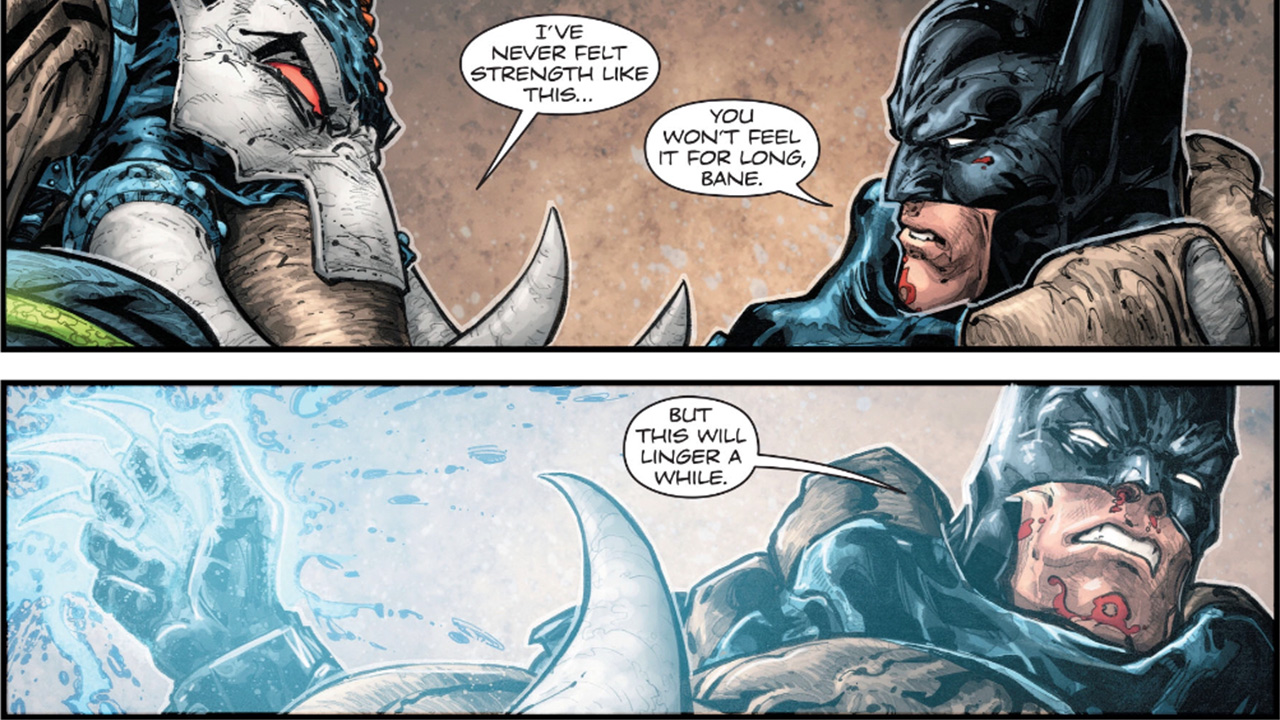 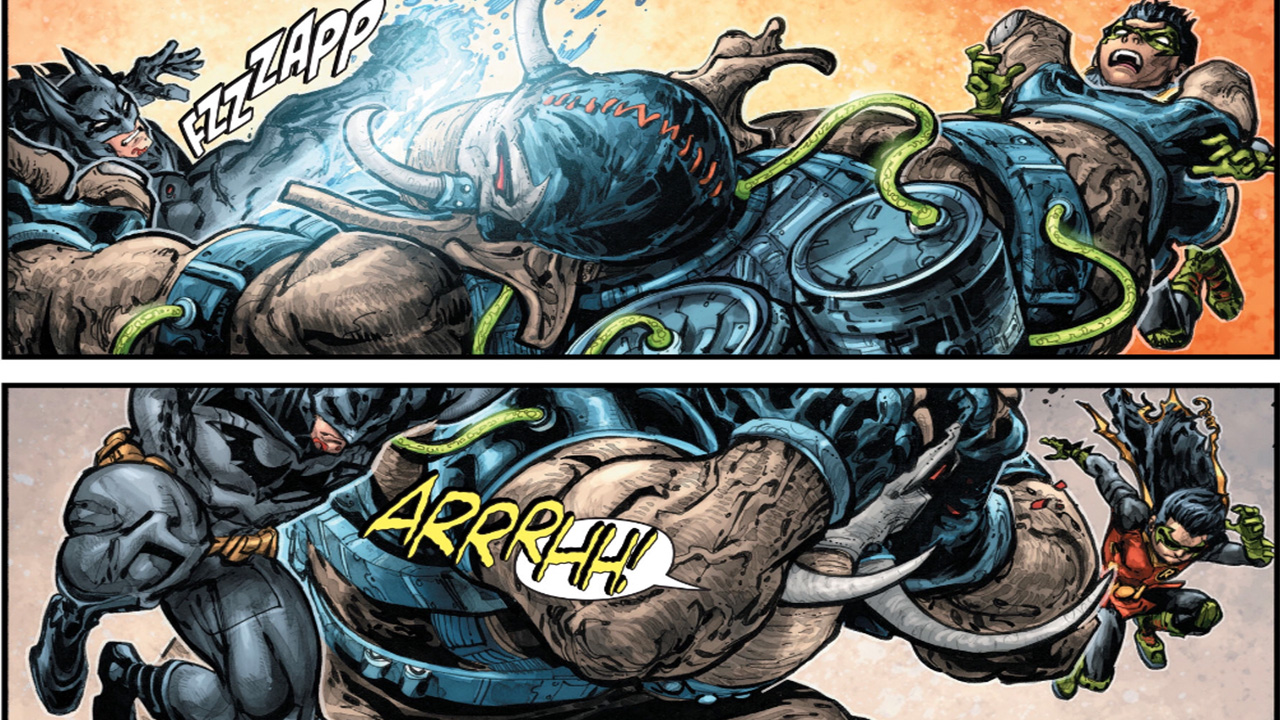 Remember the time when Bane was transformed into an elephant and fought the Teenage Mutant Ninja Turtles? It might sound like this is something a kid came up with while they were playing with their action figures, but that’s exactly how the action unfolded in the 2015 Batman/Teenage Mutant Ninja Turtles limited series. The story was a dream come true for fans who grew up with Batman and the Turtles, but Bane probably doesn’t have fond memories of the event. Bane’s “upgrade” came courtesy of Shredder’s ooze, but it actually made the villain easier to beat. Elephants might be strong, but they aren’t agile or fast. Despite Bane boasting that he never felt more powerful, Batman was able to defeat him in less than a page. We should also mentioned that he looked completely ridiculous. An elephant never forgets, but Bane probably wishes he could erase this memory.

Honorable Mention: Some of you might be questioning why the 1997 Batman & Robin movie isn’t on this list. After all, Bane was downgraded to a grunting brute who dressed up like a gorilla. We've decided, however, to give this one a pass. Actor and wrestler Jeep Swenson (may he rest in peace) did the best with what he was given, and who among us doesn’t have an embarrassing moment from the '90s? As Poison Ivy's henchman, Bane in a gorilla suit might be pretty cheesy, but in a movie where Batman’s costume has nipples and Mr. Freeze carpet-bombs Gotham with ice puns, Bane actually comes out looking pretty good.

Do you think Bane will rise in HARLEY QUINN season 2? Let us know in our Community!