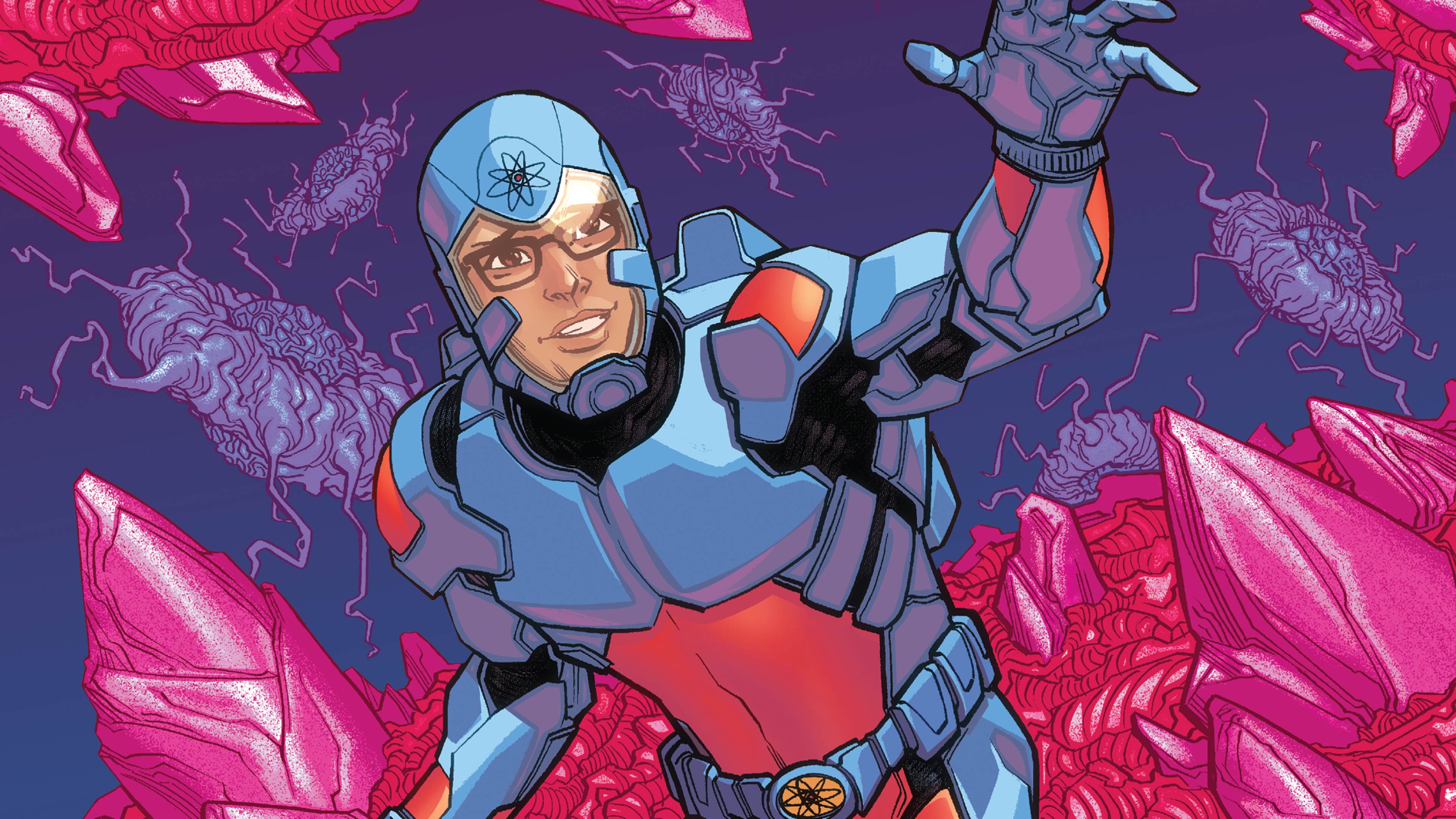 Atomic Power! The Many Atoms of the DC Universe

There are billions of Atoms in every object, so why shouldn’t there be a handful of Atoms in the DC Universe? Large, small, and filled with nuclear energy shielded by alien metals, we’ve got more Atoms than you can shake a size-changing belt at. Here’s a brief rundown of the superheroes with Atom in their name. 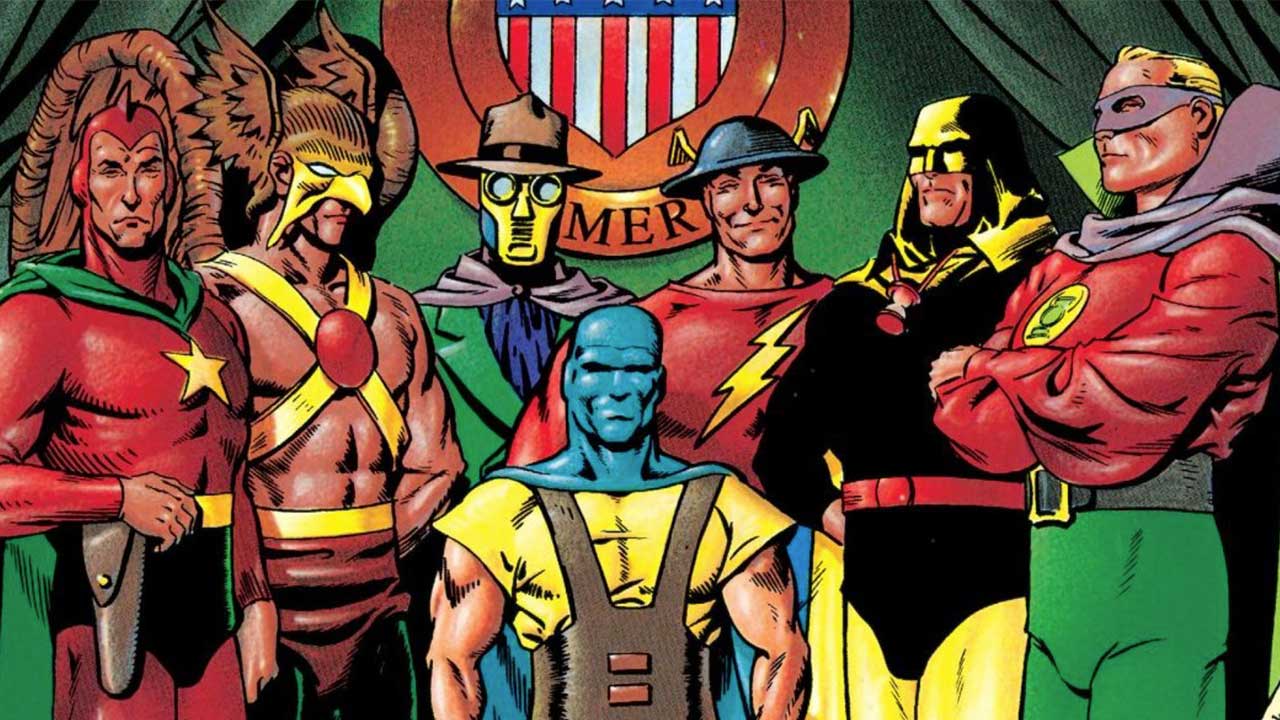 First appearing in ‘All-American Comics’ #19, this Golden Age hero was trained by a boxer to be one tough cookie. He became a founding member of the Justice Society of America and later gained super strength, agility, and a radioactive energy punch after a battle with Cyclotron. Later, Al was retconned to be able to change size, but still retained his signature atomic punch.

Notable Appearances: Atom has starred in most of ‘All-Star Comics’ and had an important role in 1994’s ‘Zero Hour.' 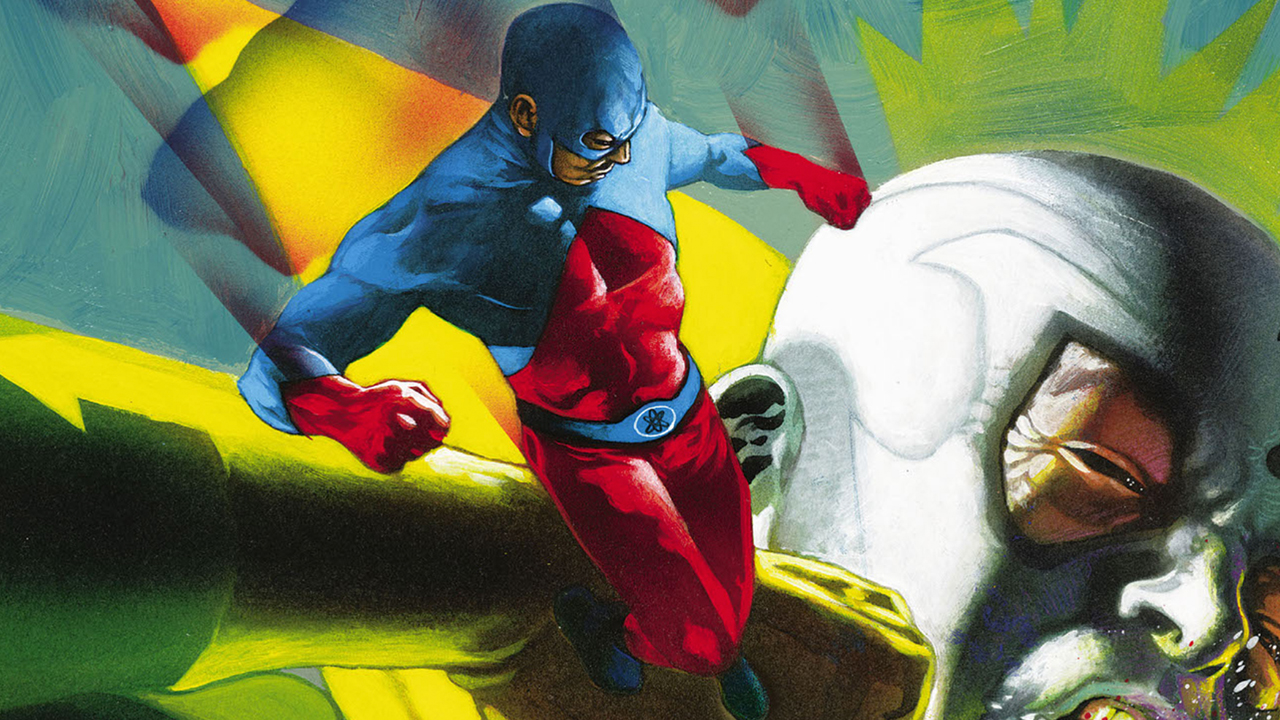 Scientist Ray Palmer discovered a piece of a white dwarf star and was able to reverse engineer it into a Bio-Belt to harness its abilities. Using his new found powers to fight crime, The Atom became an integral part of the Justice League (and not just because he didn’t take up a seat in the Javelin 7). With his Bio-Belt, he has the ability to alter his size and mass making him a force to be reckoned with.

During Blackest Night, Ray became a worthy member of the Indigo Tribe and aided in destroying the zombie-like Black Lanterns.

Notable Appearances: Note only has he headlined his own comic series, ‘The Power of The Atom,’ he has also been a playable character in the ‘Injustice 2’ video game, a starring role on The CW’s ‘Legends of Tomorrow,’ and his own DC Nation short ‘The Sword of the Atom.’ 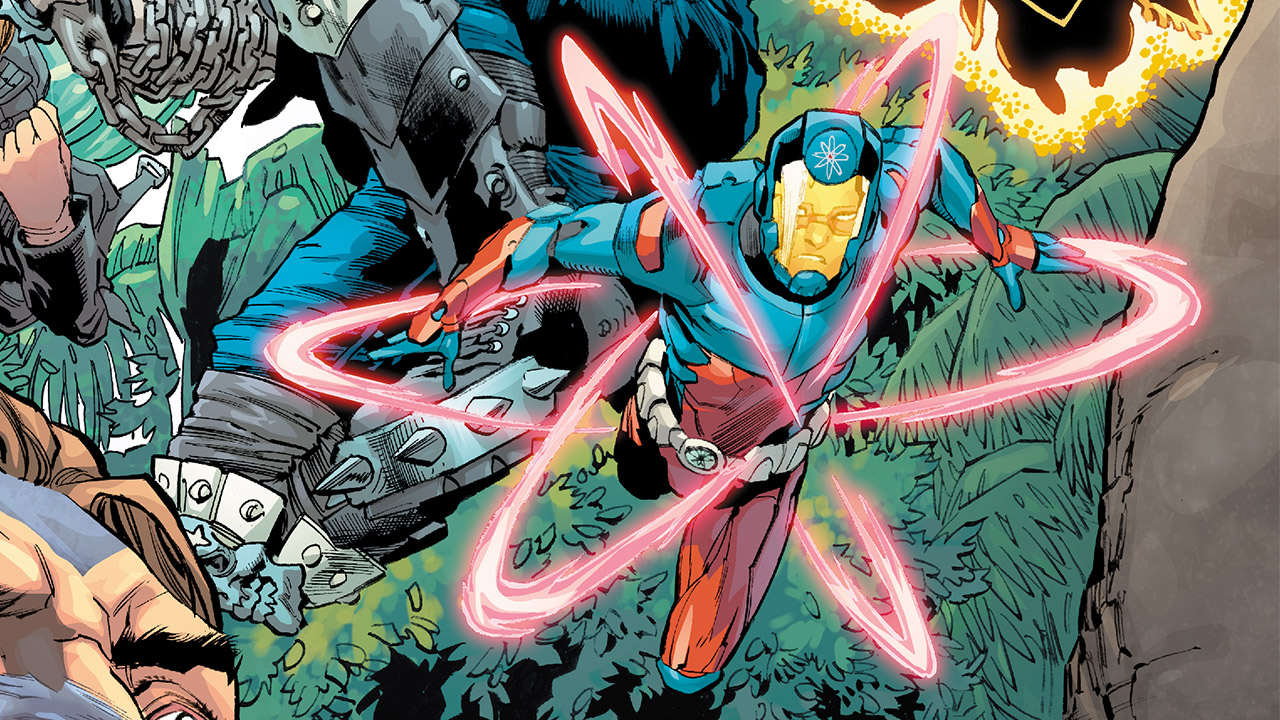 Genius-level nuclear physicist Ryan Choi emigrated to the United States from Hong Kong after the tragic death of his mother. Most of his life, Choi had been in touch with Palmer and knew that he could succeed him as the Atom, thanks to his unprecedented understanding of the microscopic world and the dwarf star's power.

In Rebirth, Ryan Choi is sent a distress signal from Ray Palmer who is trapped in the Microverse. Choi must become the Atom in order to save his mentor from certain doom!

Notable Appearances: Ryan Choi debuted in 2006’s ‘The All-New Atom’ series and was featured as the star of ‘Justice League of America: The Atom Rebirth’ #1. 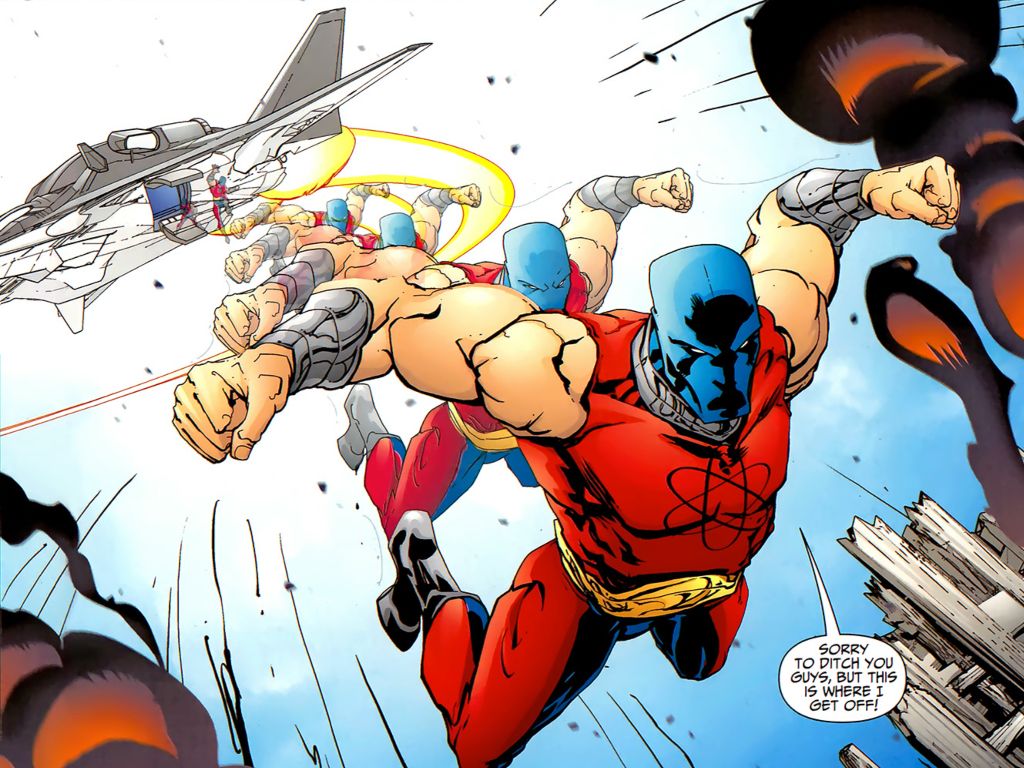 Albert Rothestein was the godson of Al Pratt (the original Atom) and grandson of the aforementioned villain, Cyclotron. Through the genetic lottery, Albert gained his powers of atomic dispersal, mass increase, super strength, and increased speed from his grandfather. Like balding, super powers skip a generation. Unlike his grandfather, Albert was raised to be a hero.

Atom Smasher was a long-standing member of the Justice Society of America until he was sent to prison for murder. There he became a part of Amanda Waller’s Suicide Squad before returning to the JSA for good.

Notable Appearances: He has appeared as a team member in the ‘JSA’ series and has been featured in ‘Infinity Inc.’ and ‘Black Adam: The Dark Age.’ 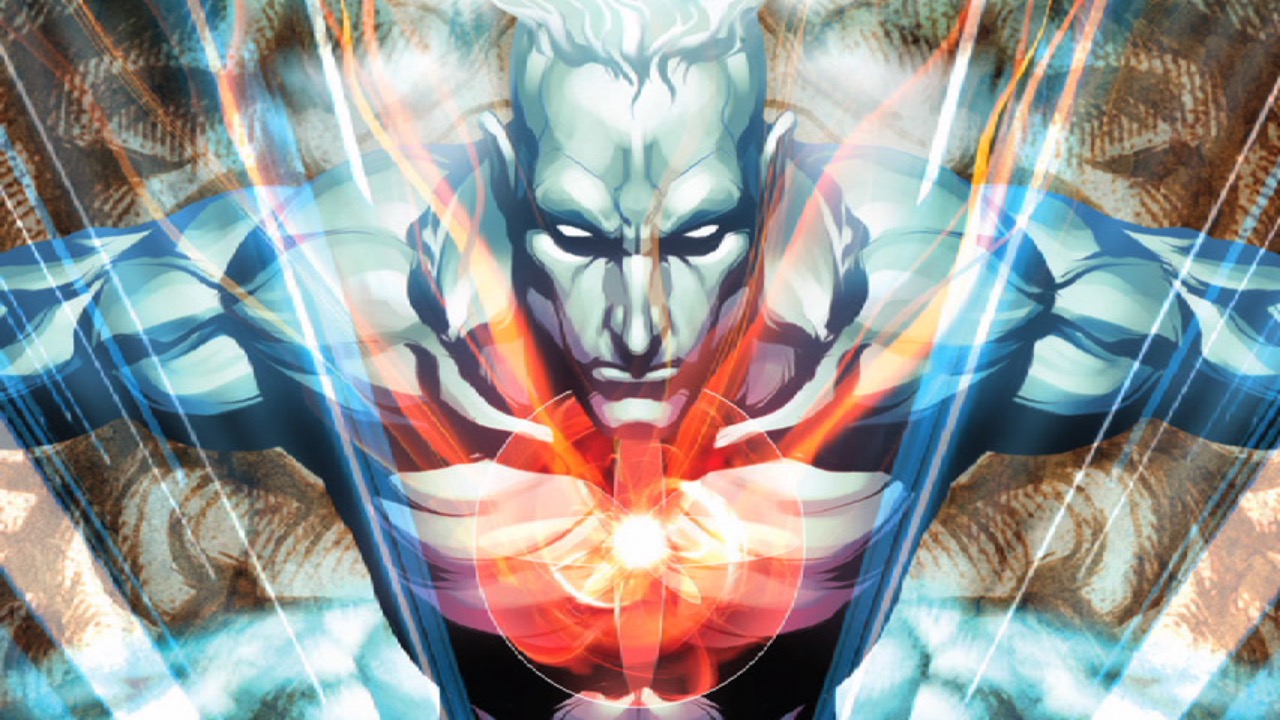 This Air Force airman was wrongfully convicted of a crime but in lieu of a typical death sentence, he volunteered for an experiment that was a death sentence on its own. But if he survived, he’d be granted a full pardon. Adam was to pilot an alien ship into the detonation of a super nuclear bomb to test the ship’s hull. Adam survived when the hull melded with his body, housing the nuclear power within.

The blast blew this chromed-out soldier 20 years into the future and because he was thought to be dead, his pardon was never filed. Damn bureaucrats! Because of this  clerical error, he was blackmailed into working off his sentence as a government owned super power. At least they reinstated his rank of Captain.

Along with the standard flight, superstrength, and durability, Captain Atom can absorb massive amounts of energy, transmute objects at the atomic level, and manipulate the quantum field.

Which Atom is your favorite? Talk about it in our Community!