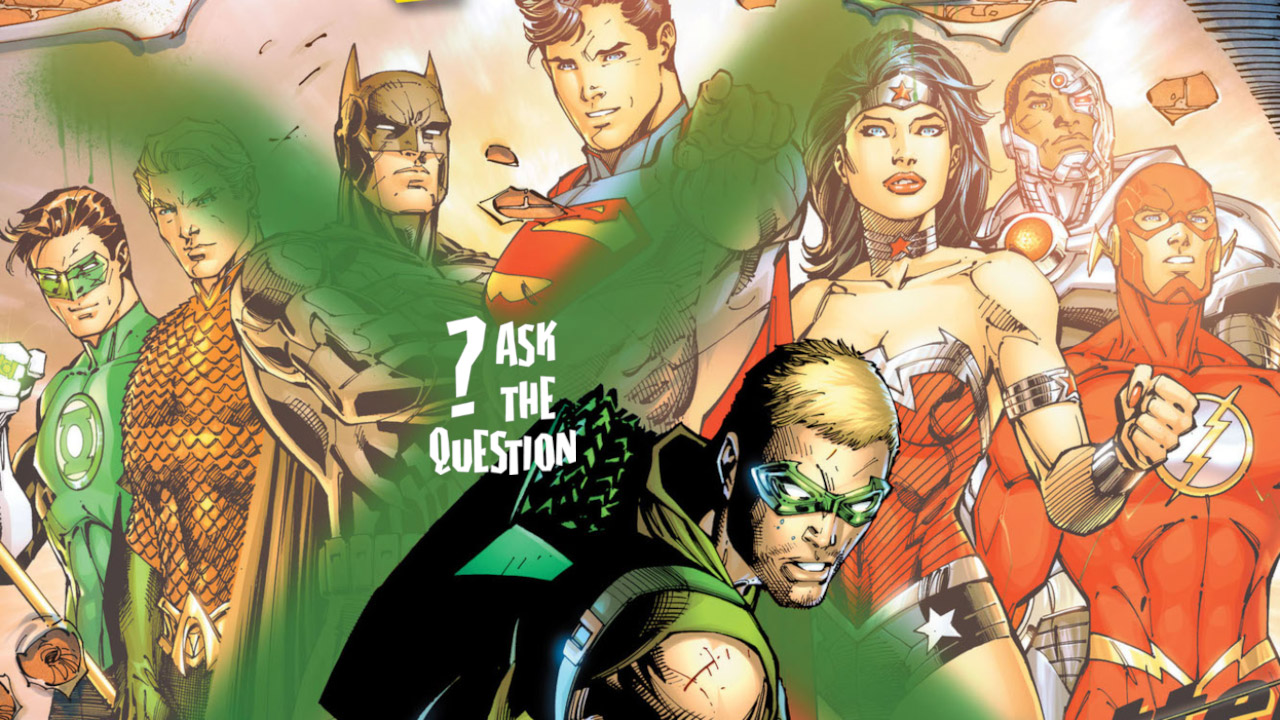 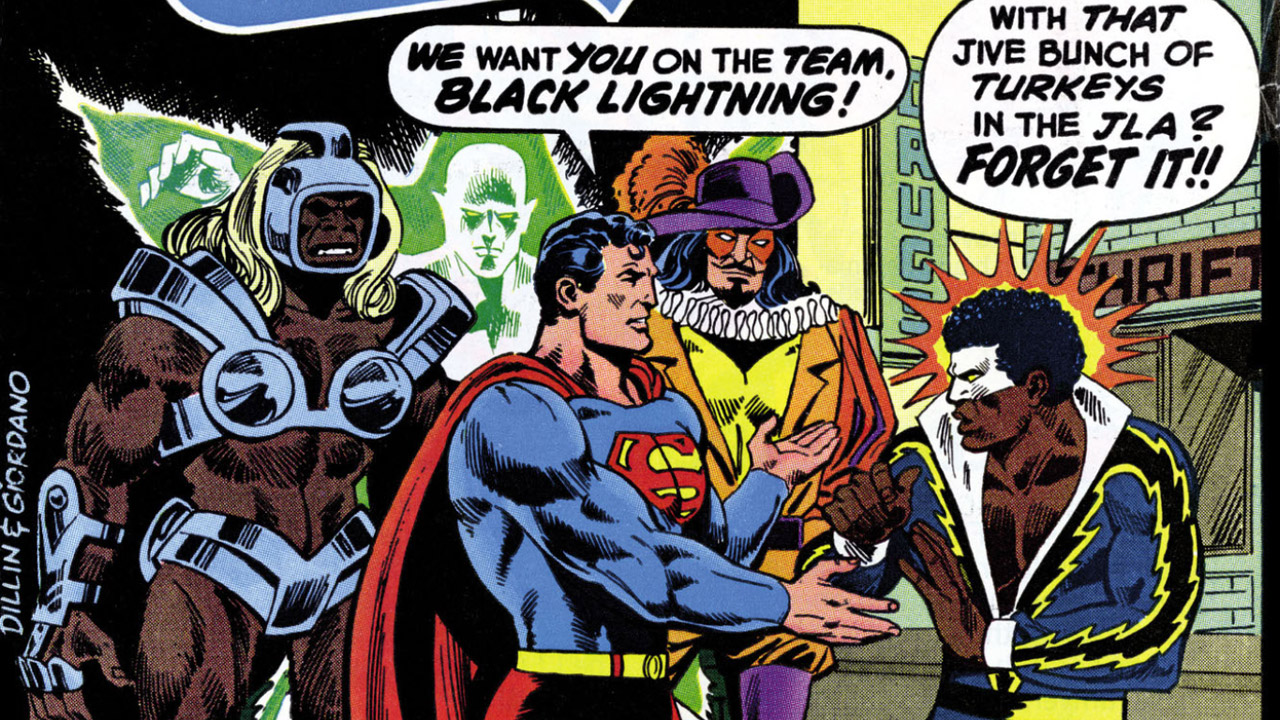 “In the first episode of Justice League Unlimited, it is revealed that Green Arrow is less than enthusiastic about joining the league… Until he goes on mission with some members and eventually sees Black Canary to seal the deal in joining. While also reading through the Death of Superman storyline, upon the funeral procession, Black Canary and Green Arrow also have a conversation about how he also rejected an invitation into the League. Therefore…

"Is Green Arrow the only hero to deny joining the Justice League multiple times before ultimately joining? Are there possibly other heroes even close to the number of times we’ve seen Green Arrow reject joining the League?” -ajm08g

You got it right the first time. Nobody has a more tumultuous love/hate relationship with the Justice League than Green Arrow. I’ll add one more onto the pile for you: in 2017’s GREEN ARROW #31, Oliver Queen is offered Justice League membership once more, and turns the team down again -- though he agrees to assist them on solo missions if needed. But this incident is perhaps canceled out by 2012’s JUSTICE LEAGUE #8, which turns the typical relationship between Green Arrow and the League on its ear when they  refuse him  membership.

At the end of LEGENDS #6, a Post-Crisis reset for the Justice League status quo, a number of heroes are offered the chance to start the team which would soon come to be known as “Justice League International.” One of the rejectors was Wally West, who had just taken up his identity as The Flash from his fallen mentor, and still needed time to figure himself out. Wally first joined the team along with Metamorpho in the roster-expanding JUSTICE LEAGUE INTERNATIONAL #24, and eventually became one of the “Big 7” main cast members of JLA from 1997 to 2006.

In 1990’s JUSTICE LEAGUE AMERICA #42, the struggling League holds a new membership drive. Most of the heroes they approach decline for their own reasons, including Will Payton, the Starman of the ‘80s. Payton would eventually join the Justice League in 2018’s JUSTICE LEAGUE #14, their newest member to date.

In 2007, Gail Simone concluded her 18 issue run on THE ALL-NEW ATOM with an invitation for the titular All-New Atom, Ryan Choi, for a seat on the Justice League from Wonder Woman herself. We never get to see Ryan answer that invitation, but he does eventually join Batman’s JUSTICE LEAGUE OF AMERICA ten years later.

In fact, the only hero who even comes close to Green Arrow’s history of rejection is… Superman. Superman was one of those many heroes approached to join the new League in LEGENDS #6, but he’s also still figuring his own stuff out in the Post-Crisis world. Additionally, in 1997’s JLA: YEAR ONE, we learn that Superman was offered a spot as one of the founding members of the original Justice League of America, but rebuffed there as well. But hey, on a long enough timeline, it seems like every hero gets their 15 issues of fame on DC’s premiere super team.

ACTUALLY, IT’S JUST “THE WHO” 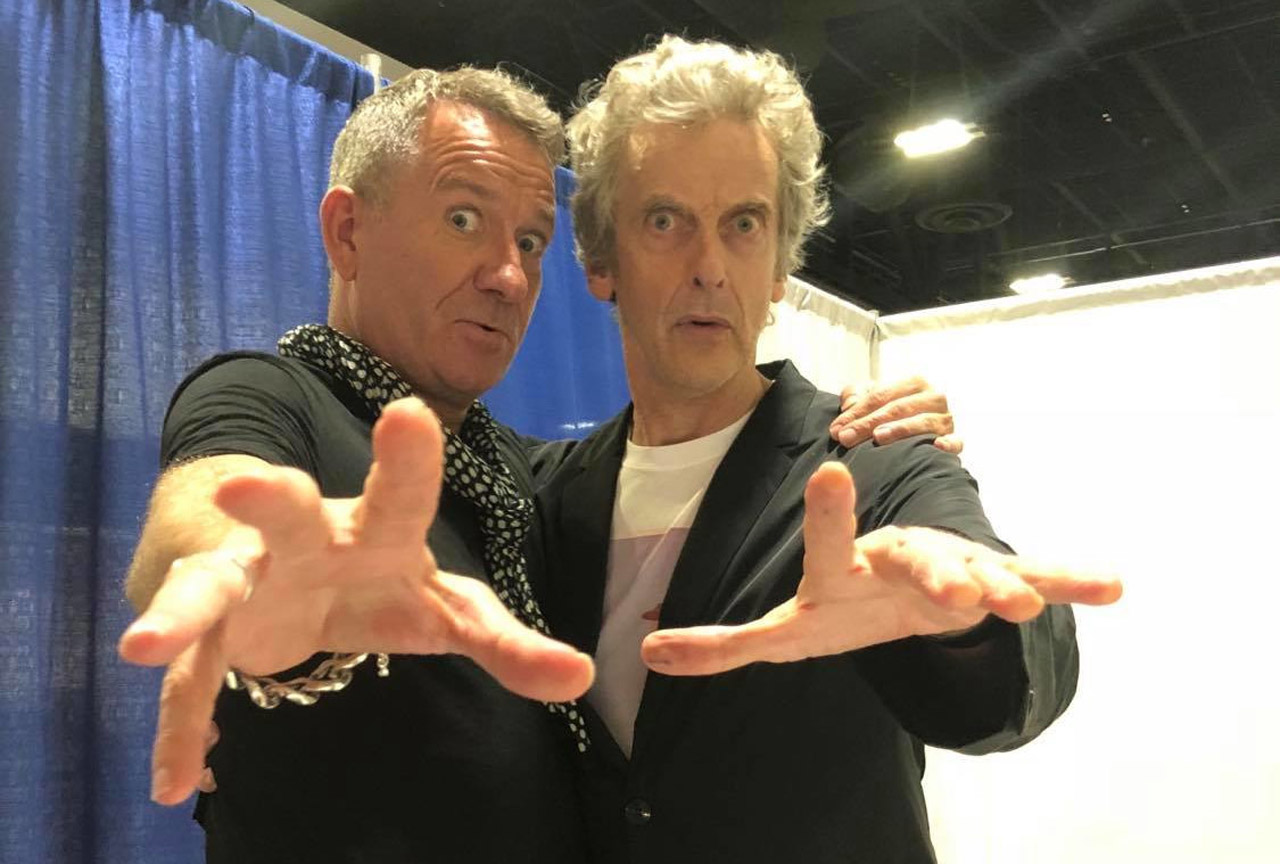 “Hello @HubCityQuestion, here’s my strangest question yet: with so many art style and actors of Batman, is it possible that he’s really Doctor Who?” -Reaganfan78

BBC’s long running science fiction series Doctor Who famously solved an early problem of recasting their lead actor with a very neat trick: they established early on that any time The Doctor dies, he regenerates in a new body. With the constant reinventions that DC’s greatest heroes have gone through over the years, and how they stand astride generations with nary a sign of aging, it’s understandable that one might arrive at the conclusion that they could be Time Lords as well. But, unlike that series’ Gallifreyans, Batman’s only got one heart in his chest (that we know of). There are a few surprising connections between their worlds, however: Ace, one of The Doctor’s companions in his seventh incarnation, occasionally wore a Batman earring, and was even known to call The Doctor “Batman” in jest. In The LEGO Batman Movie, the many foes Batman does battle with from other franchises include the Daleks, The Doctor’s most persistent, salt shaker-shaped enemies. And in a bit of casting serendipity, Sean Pertwee, who played Alfred Pennyworth on TV’s Gotham, is the son of Jon Pertwee, who played The Third Doctor.

(Pictured above: Sean Pertwee hanging with Peter Capaldi, the Twelfth Doctor. Picture taken by our own Joshua Lapin-Bertone. Word up, J-Pound!)

Okay, that was a weird one! Let’s see if we can work in a few more quickies.

YOU’VE COME TO THE ‘RANG PLACE 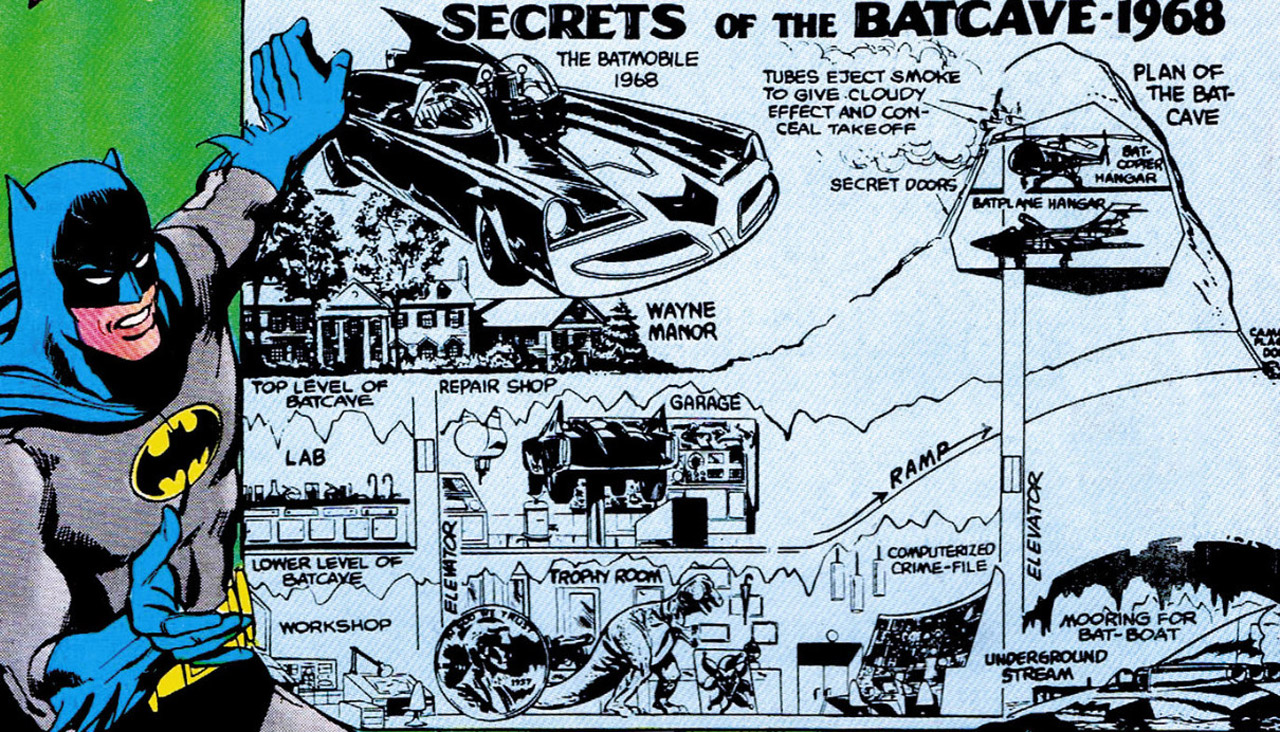 “I seem to recall a story from the late 50’s, early 60’s, which tried to sell the premise that Batman had a whole array of batarangs. Each for a different purpose. Instead of Green Arrow stealing Batman’s thunder, it was now, the other way round. They all did incredible things. One, I remember well, was a flashbulb camera-arang. Thrown to capture the image of some crime or other, and then return to Batman. Stop and think for a moment how ridiculous that is. Then imagine what the rest of them did. This was after all, a much simpler time. A little help here Q, please. When was that story exactly? And are my memories holding up, or playing tricks on me?” -Wrightline1.42741

SHE AIN’T HEAVY, SHE’S MY COUSIN 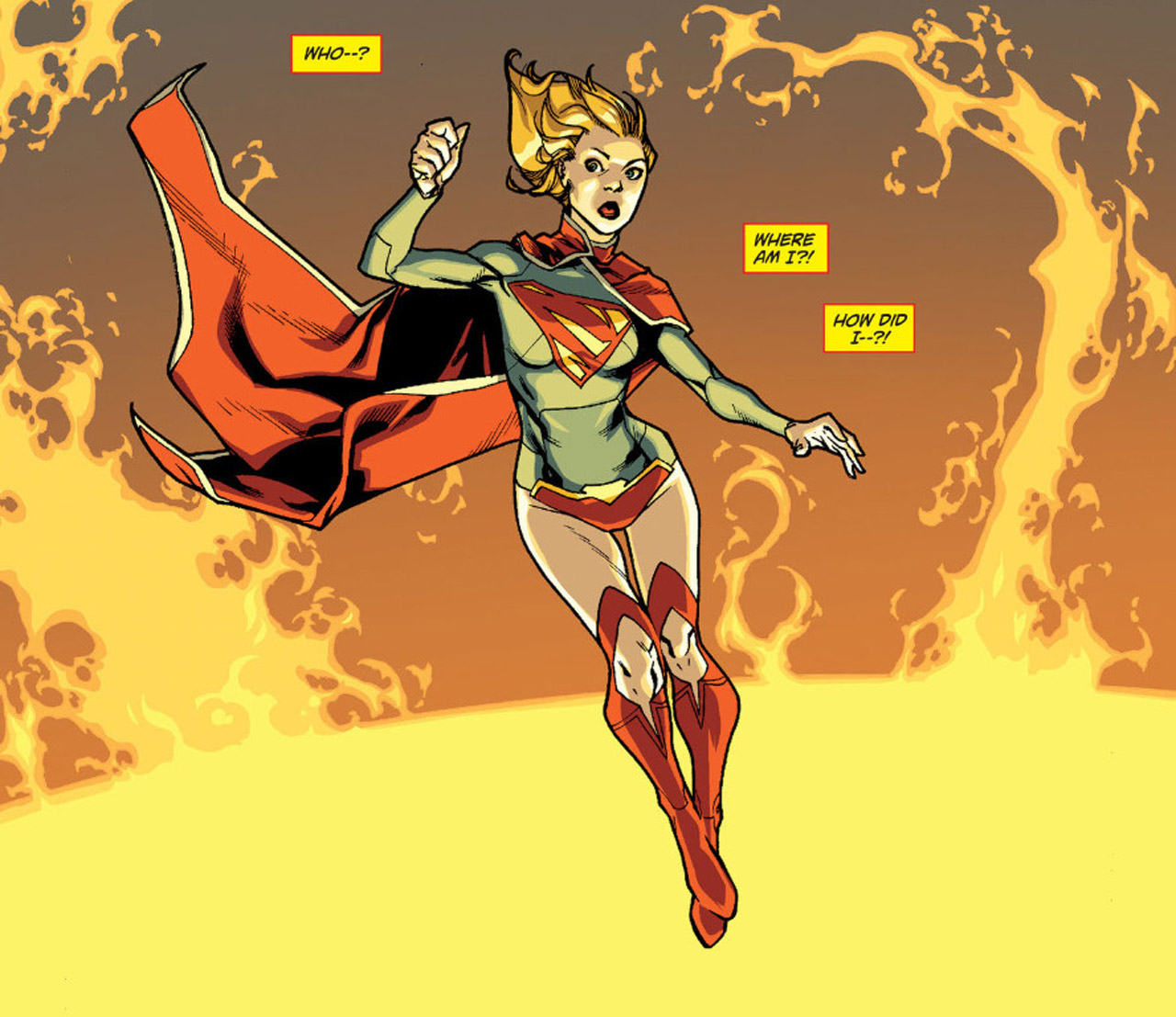 “Something I’ve been wondering for years and could never find an answer to: When exactly were Superman’s powers established as being fuelled by a yellow sun, and not just a product of evolution or Krypton’s harsh conditions?” -Temporal_Lad

Wonder no further: the introduction of solar color into Superman’s world came in 1960’s ACTION COMICS #262, not long after the debut of Supergirl. This revision of Superman’s powers came from the necessity of explaining why Supergirl’s own powers manifested on Earth the same way as Superman’s, as the previously established explanation of being from a planet with higher gravity was no longer applicable. After all, Supergirl’s Silver Age origin was that she grew up in Argo City, which splintered off from Krypton after its destruction and hurtled through space until it too was doomed by a meteor shower. If, as ACTION COMICS #1 originally claimed, Superman’s powers came from being born on a planet with higher gravity, wouldn’t Kara’s powers have manifested in the significantly lighter Argo City? To solve this problem, writer Otto Binder came up with the explanation of Earth’s sun being the true source of both Superman and Supergirl’s new powers. And that’s the way it’s been ever since! 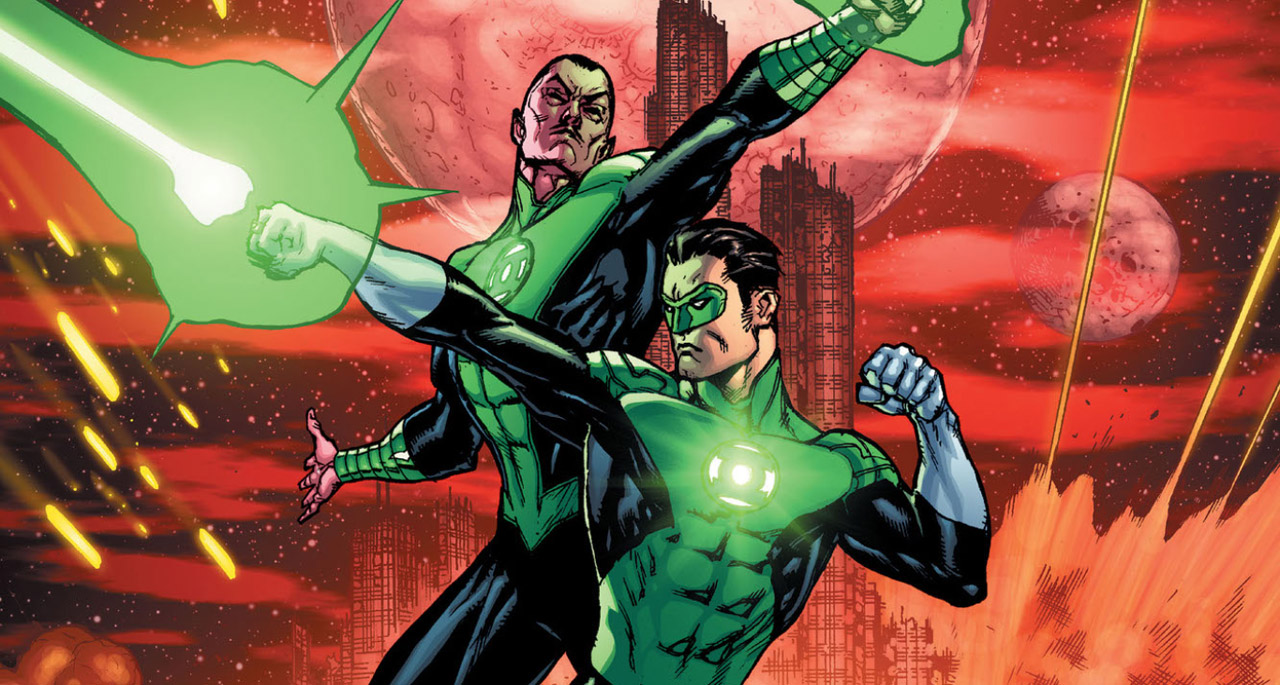 “Watching Green Lantern: Emerald Knights and noticed Sinestro in the corps. How long after Hal joined was Sinestro banished?” -Green_Loontern

The exact nature of Thaal Sinestro’s relationship with Hal Jordan has changed immensely over time, from inherited enemy, to momentary mentor, to trusted friend. Originally, and in fact for most of the character’s history, there was zero overlap whatsoever between Sinestro’s time as a Green Lantern and Hal Jordan’s. Sinestro debuted in 1961’s GREEN LANTERN #7, introduced to Hal by the Guardians as a former Green Lantern corrupted by his power and banished for his misdeeds. Upon their first meeting, Sinestro and Jordan already stood on opposite sides. This remained the case until 1990, when Hal Jordan’s origin was rewritten in the “Emerald Dawn” storyline retelling his early days as a Green Lantern. Here, Sinestro was the Lantern assigned to show Hal the ropes, finding promise in the new recruit within his first 90 days as a Green Lantern. But that all came apart when Sinestro took Hal to his home planet of Korugar, and the new Lantern saw for himself just how despotically he treated his own people. Here, it was Hal Jordan himself who brought Sinestro to justice. This depiction of a Hal Jordan whose first real significant act as a Green Lantern was exposing Sinestro’s corruption is retold in the 2009 film Green Lantern: First Flight.

In the 21st century, Hal and Sinestro’s relationship has been much more intimate. Beginning with writer Geoff Johns’ eight year run on Green Lantern in 2005, we see a Sinestro who considers Hal to be his closest friend, betrayed by his act of exposure. Because comic book timelines are stretchy, it’s hard to say how long he and Hal worked together, but it seems to be a significant amount of time for the closeness they claim to each other. This has been a consistent element of their relationship ever since, and one which carries over to other Green Lantern stories outside the comics such as Emerald Knights, Green Lantern: The Animated Series, and the 2011 live-action film.

And that’s all the time we have this week. Like a rookie Hal Jordan exposing Sinestro, you can always count on me to shine light upon the hard truths every Wednesday on DC Universe. Until then, you can always ASK… THE QUESTION.