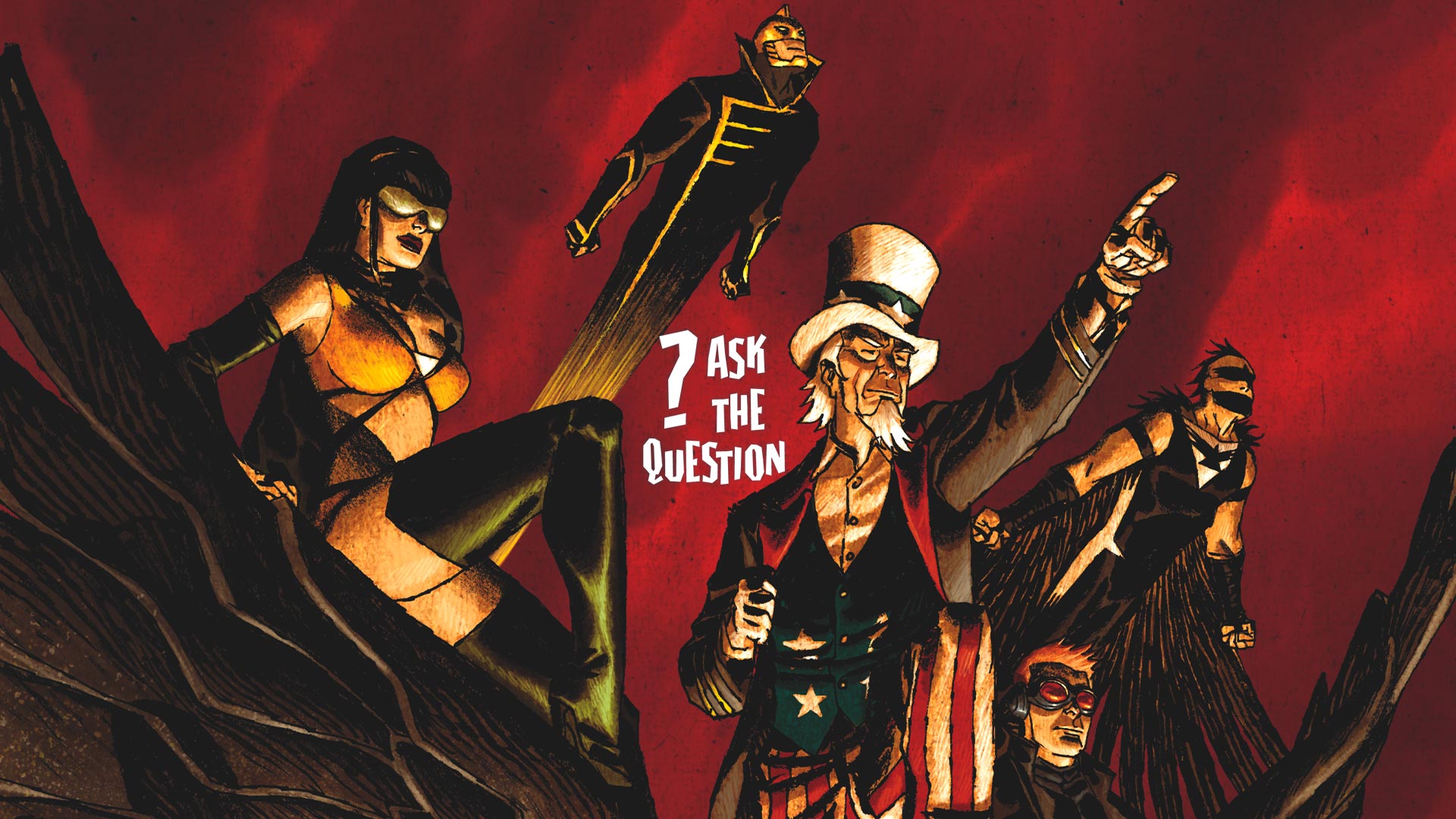 Ask...The Question: Which Character Had The Biggest Time Gap Between Solo Titles?

WHERE DOES HE GET SUCH WONDERFUL TOYS? 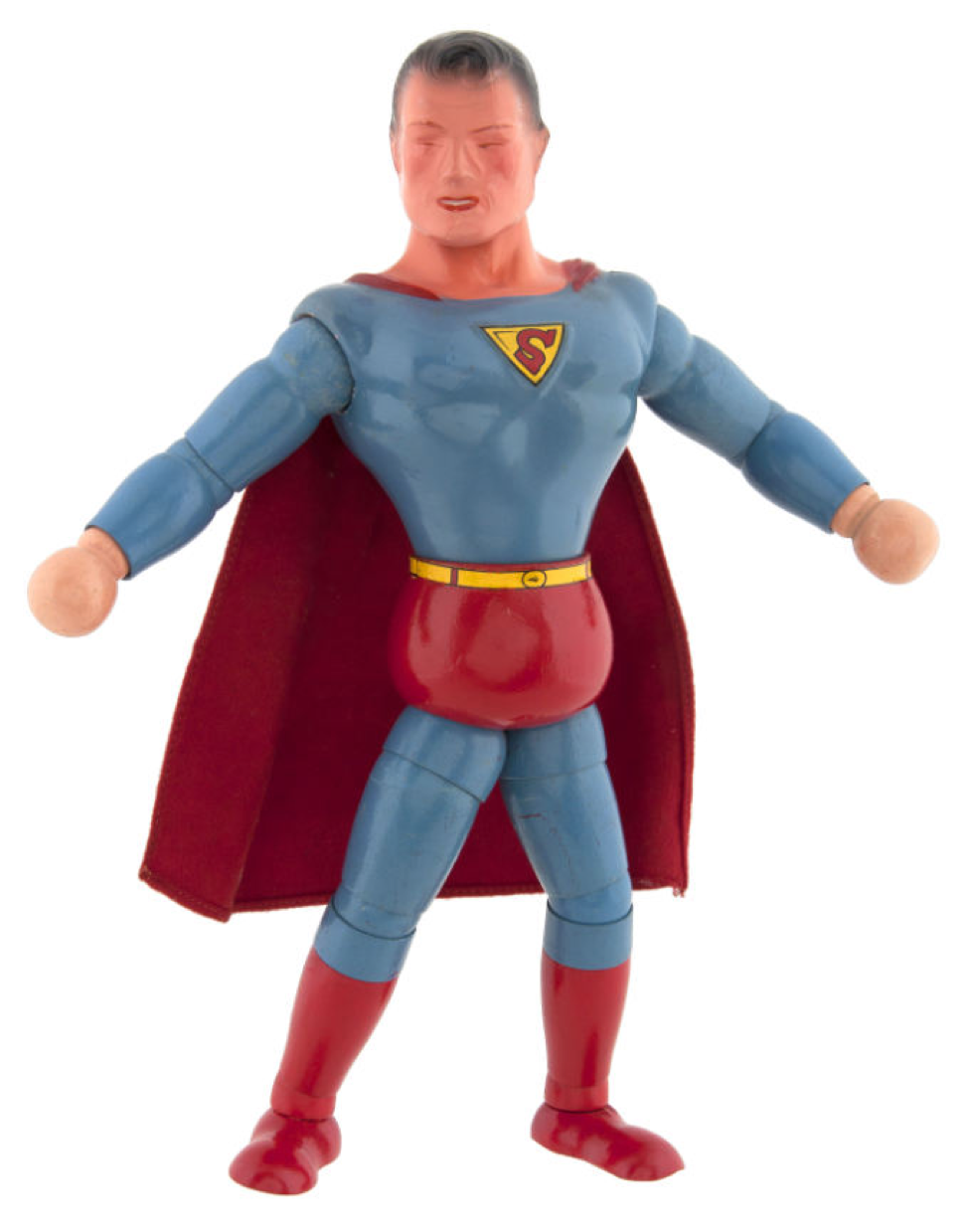 “What was the first officially licensed DC action figure?”

The first ever official DC action figure was manufactured in 1940 by the Ideal Novelty and Toy Company, a manufacturer well known for securing famous likenesses. Shirley Temple, Judy Garland, and even early Disney characters all had toys manufactured by Ideal. But Ideal Toys also had the honor of producing the very first DC action figure: a wooden, composite jointed 13 inch Superman, a year before he would even make his debut in animation. The Ideal Superman retailed at toy stores in 1940 at 94 cents, but a near mint specimen today can run for $2,000.

GRADUATE OF THE HARVARD SCHOOL FOR MEDICAL ALCHEMY 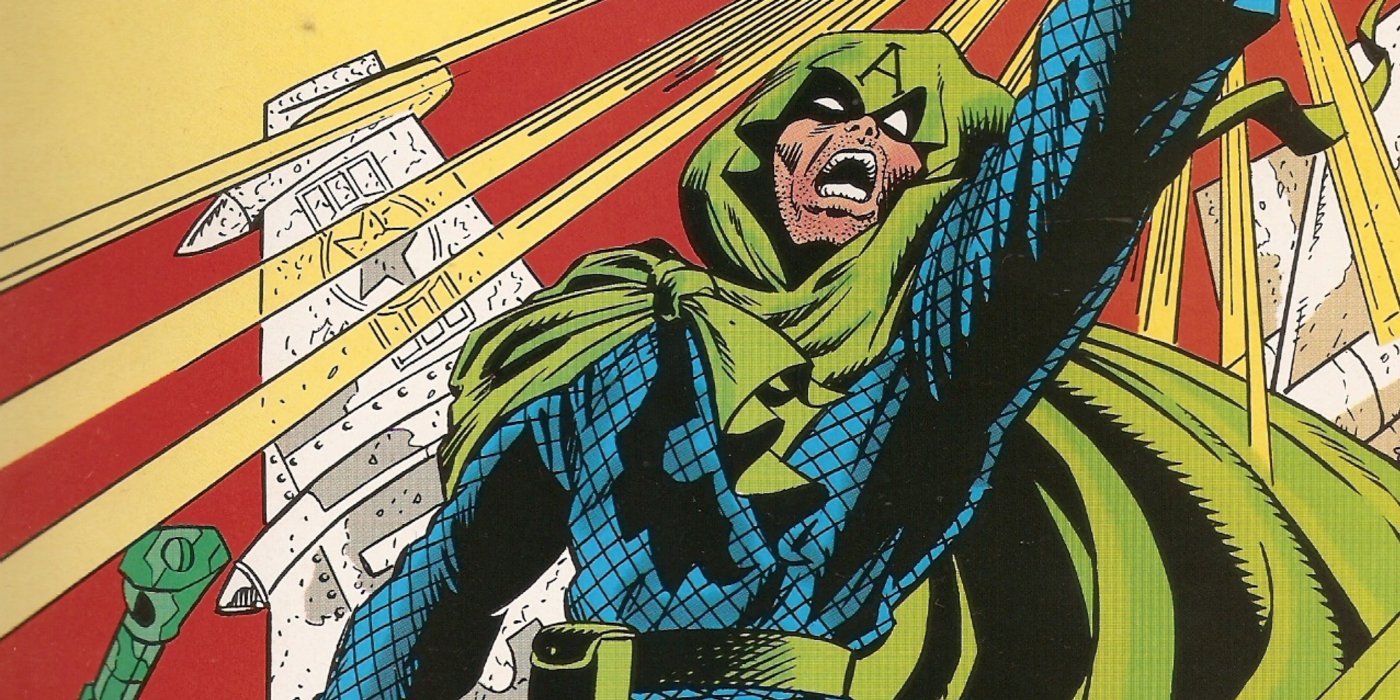 “Barry Allen’s first recurring villain was Mr. Element, or Doctor Alchemy. I liked him because he was a fun mix of science and storytelling. Whatever happened to him?”

For one of The Flash’s oldest enemies, it’s been quite a while since Doctor Alchemy, a villain with the power to transmute any substance, has appeared in a major role — though he has stuck to the outskirts.

Like many villains, Doctor Alchemy arose from years of obscurity to join the swelling ranks of the Secret Society of Super-Villains as the Crime Syndicate of America took the world in their grasp during Forever Evil. As the Justice League broke up the remnants of the Society- with the help of a temporarily reformed Lex Luthor- Doctor Alchemy returned to the shadows. His only other appearance since then has been a mostly off-panel team-up with some of the lesser-known Flash Rogues against Superman, which we see pieces of during both Action Comics #1004 and Naomi #2. He was last seen being escorted to Iron Heights Prison by the Man of Steel himself. So to answer your question, the great Doctor Alchemy has mainly been doing his duty as a seat filler for Super-Villain crowd scenes. But all it takes is one story to get him off the bench. 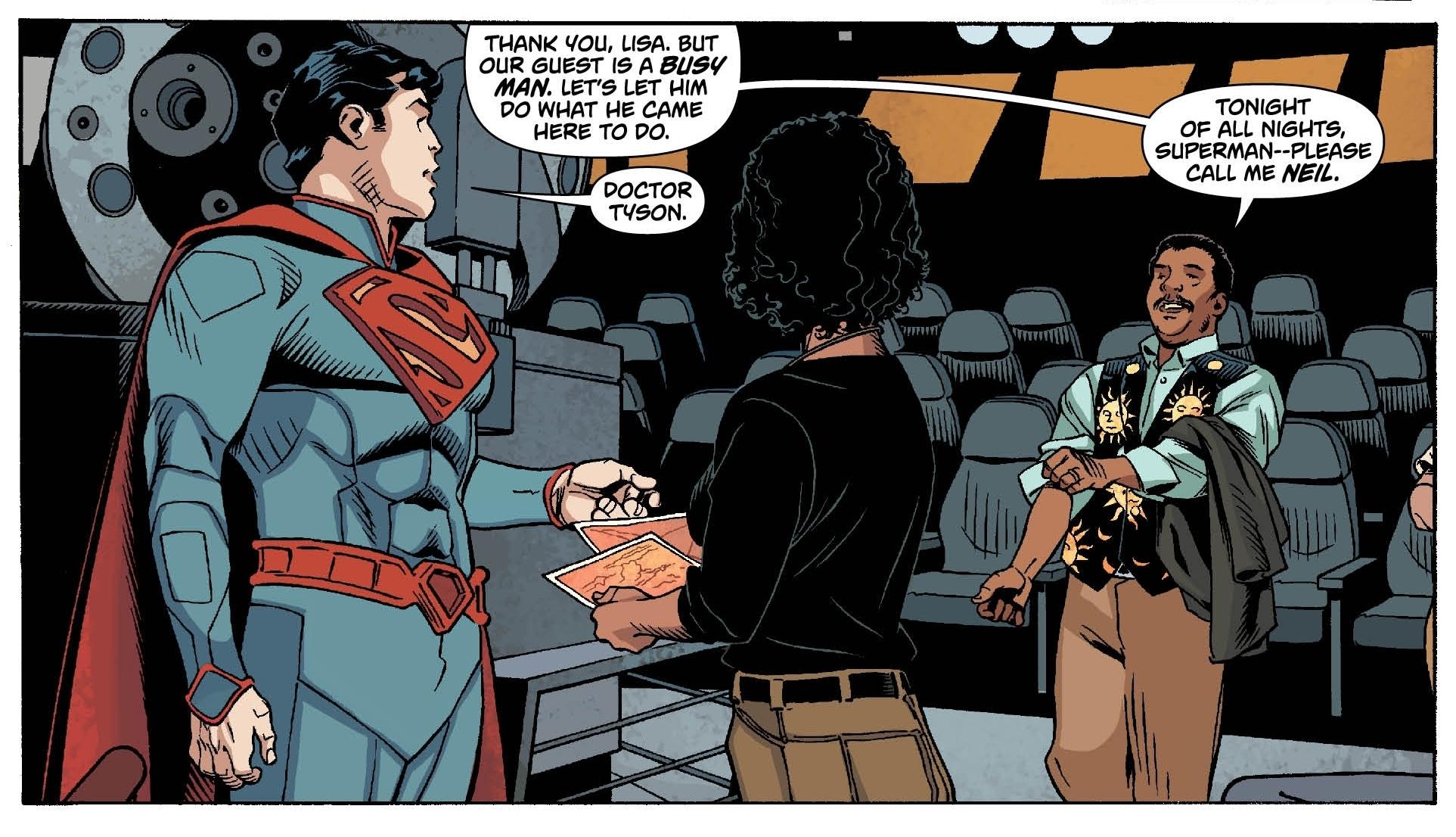 “Was Neil DeGrasse Tyson’s appearance in Action Comics #14 his first appearance in a comic book? Has he appeared since? What other real life people have shown up in DC Comics over the years?”

In a back-up story to Action Comics #14, popular scientist Neil DeGrasse Tyson made his first appearance in the DC Universe to help Superman seek out his own home solar system from Earth. While this was Dr. Tyson’s first and only appearance to date in the DCU, it was not his first appearance in comics as a whole. Tyson’s first comic book appearance actually occurred just a few months prior in an issue of Futurama, and he went on to appear in a couple of other titles from other publishers after his Action Comics cameo. Perhaps Neil DeGrasse Tyson is one of the few constants in any universe.

To answer your other question: hundreds of real life people have appeared in the DC Universe! Actors, musicians, politicians, comedians — and more historical figures than could fill a textbook. My personal favorite: John Walsh, host of America’s Most Wanted, who once helped The Outsiders shut down an international child slavery ring. 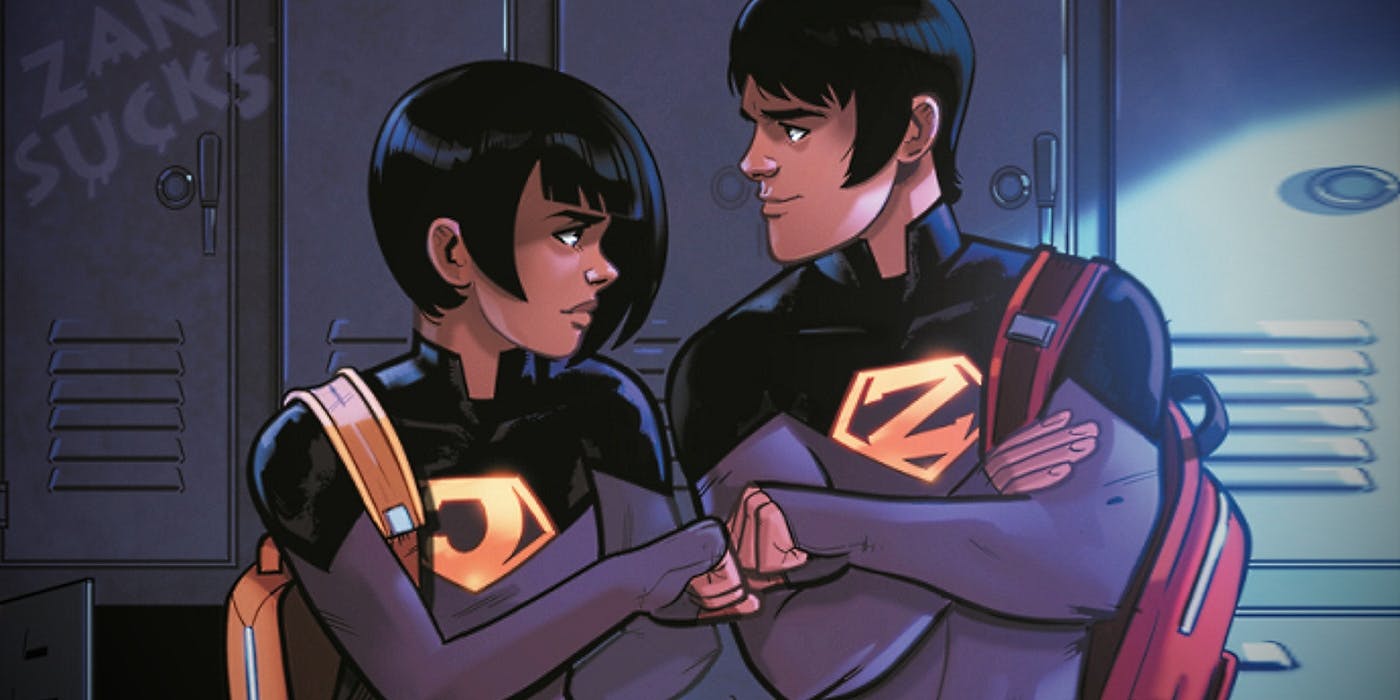 “Hi HubCityQuestion, have the Wonder Twins ever appeared in DC Comics? And if so, where can I find them?”

Oh, that reminds me! During the ‘80s, Ronald Reagan also showed up a lot in the DC Universe. Most real US presidents have! (Except, for the most part, George W. Bush — in the DC Universe, Lex Luthor was elected instead.)

Anyway: after appearing as audience surrogates for many seasons of Super Friends, the alien shapeshifting duo of Jayna and Zan (and their monkey, Gleek) made all of their early comic appearances in comic book tie-ins to the Super Friends TV series, currently undigitized and difficult to find. That changed in 1995, when Jayna and Zan were introduced to proper DC continuity with Extreme Justice #9 — where the offshoot “Extreme Justice” team of Amazing Man, Blue Beetle, Booster Gold, Captain Atom, Firestorm, and Maxima adopt them into their ranks. Jayna and Zan stuck around Extreme Justice until the book’s cancelation at issue 18, and then re-emerged a few years later to join Young Justice: from issues 49-55, just in time for that book’s cancelation. Form of: Ted McGinley!

This past year, however, has been something of a Wonder Twins Renaissance, establishing them as the literal name bearers of the “Wonder Comics” imprint. With their first critically acclaimed solo series by Mark Russel and Stephen Byrne now approaching the end of its second “season,” the Wonder Twins have become an essential part of the DC Universe since 2019 as the resident interns of the Hall of Justice. Look for the first issue to debut next month on DC Universe! 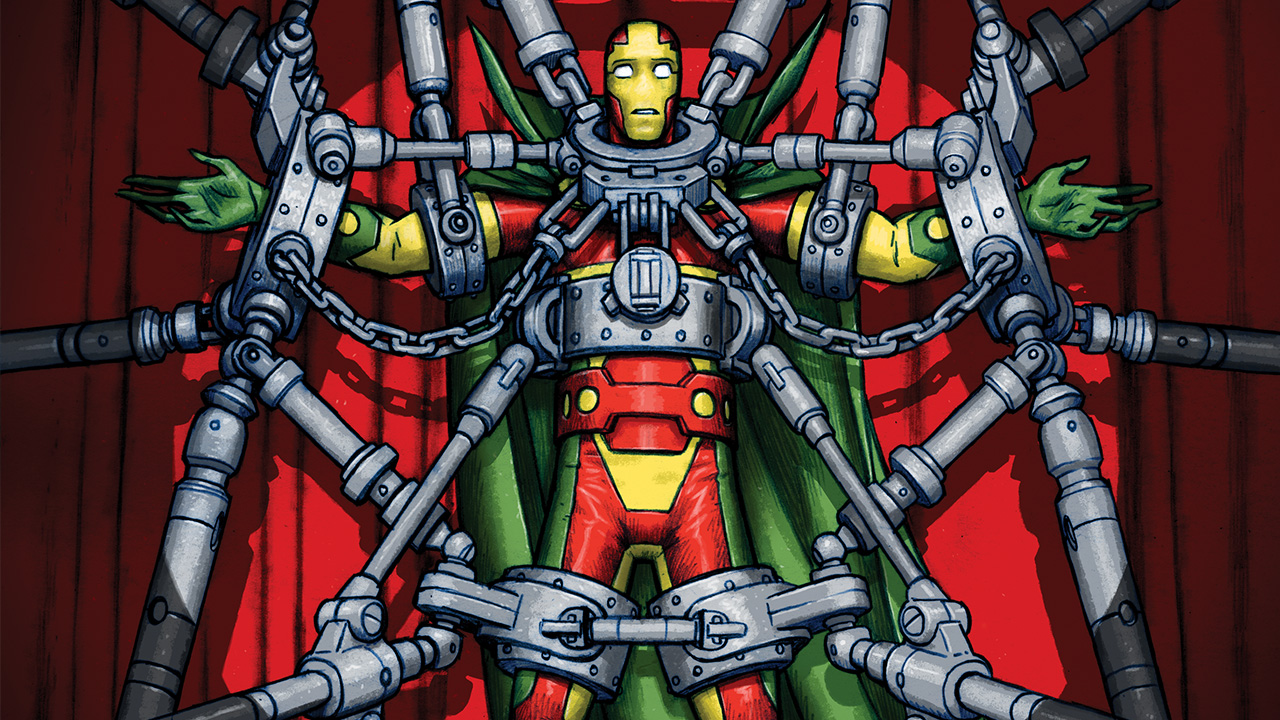 “What’s the longest a character has gone between starring in a series (not including team books)? For example, after the cancelation of his 1996 title, Scott Free’s Mister Miracle went without a book until Tom King and Mitch Gerads’ 2017 limited series.”

21 years is a pretty decent stretch for this very particular set of parameters, Soup. But I think we can do better.

To find the answer to this question, I went through every DC character to hold a solo title between 1939 and 2000. Why 1939? Because that’s the first year a character got his own solo title (Superman, natch). Why 2000? Because after that, it’s mathematically impossible to outdo the 21 year mark. Ask a silly question. 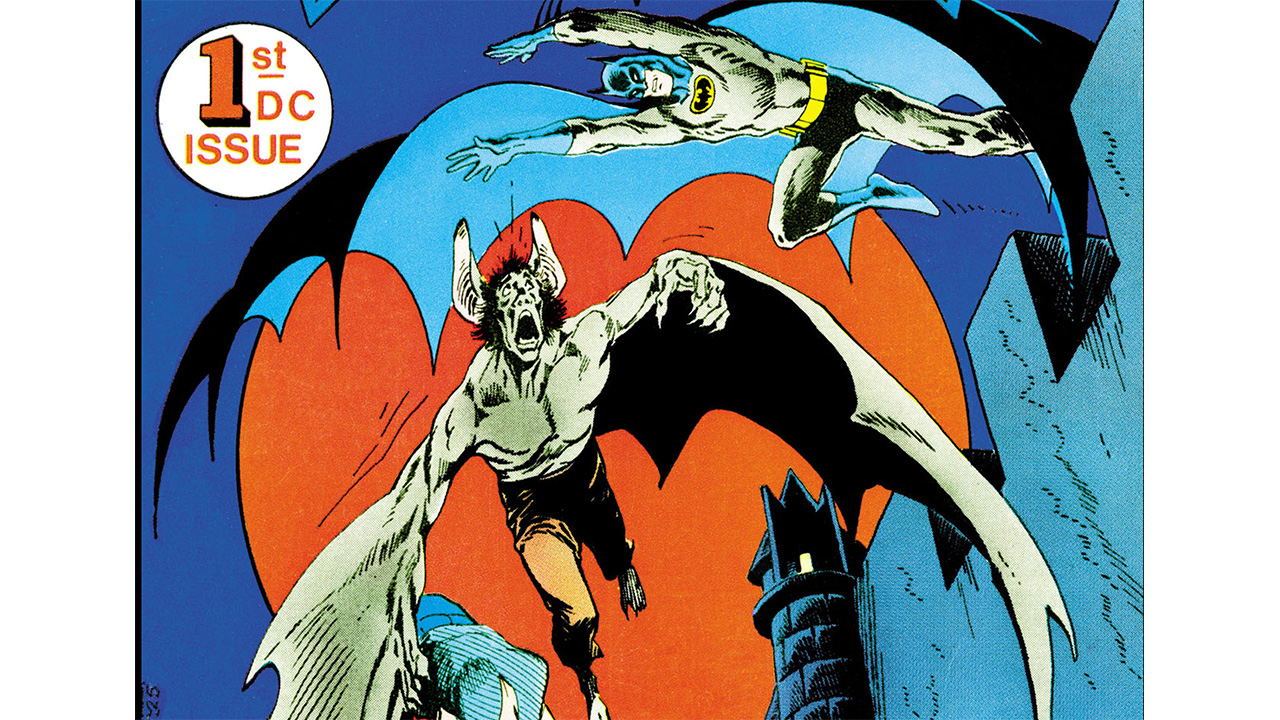 And Captain Atom, who may have hit the twenty year mark between his 1965-66 series and his 1986 series — but only if you count Charlton’s Allen Adam and DC’s Nathaniel Adam as the same character, which you may or may not. 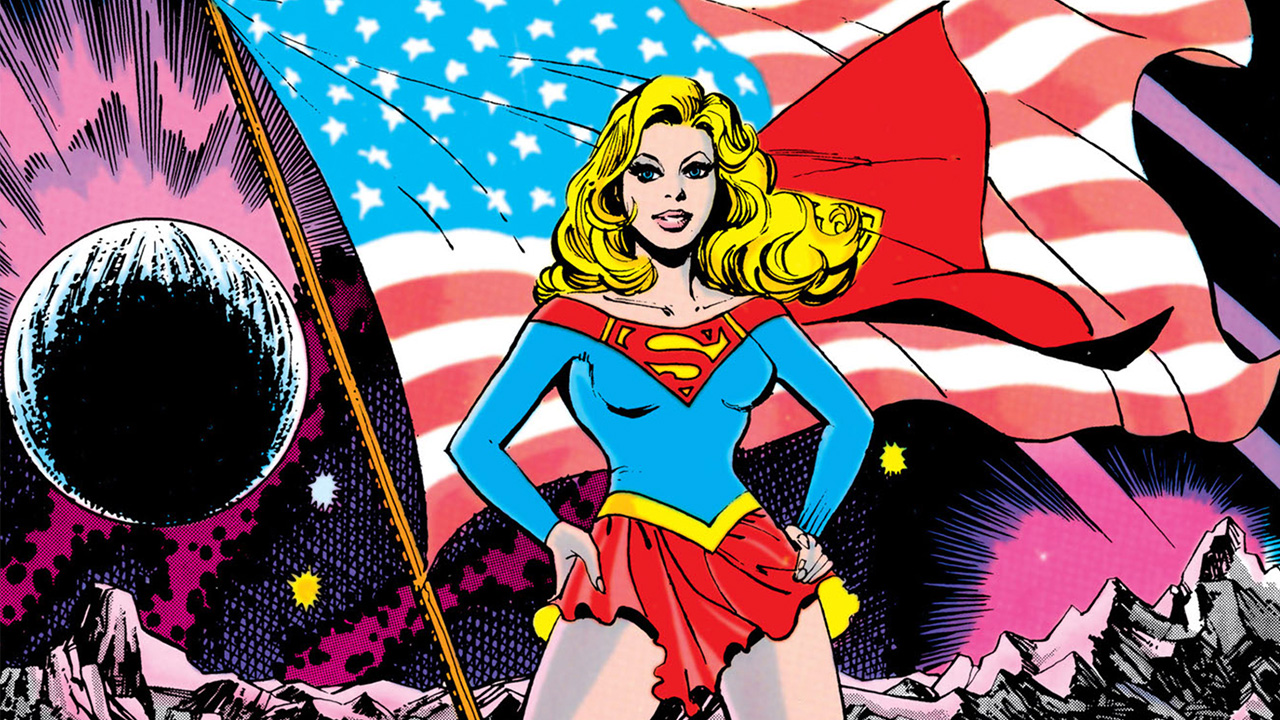 * The original Supergirl, Kara Zor-El, also went 21 years between comics. Kara’s second Pre-Crisis solo comic, The Daring New Adventures of Supergirl, was canceled in 1984 during the lead-up to Crisis on Infinite Earths, where she was erased from continuity for 2 decades. Other bearers of the Supergirl name would follow, but Kara claimed her own series once more in 2005.

With Mister Miracle’s record met, let’s now take a look at the heroes who have broken it: 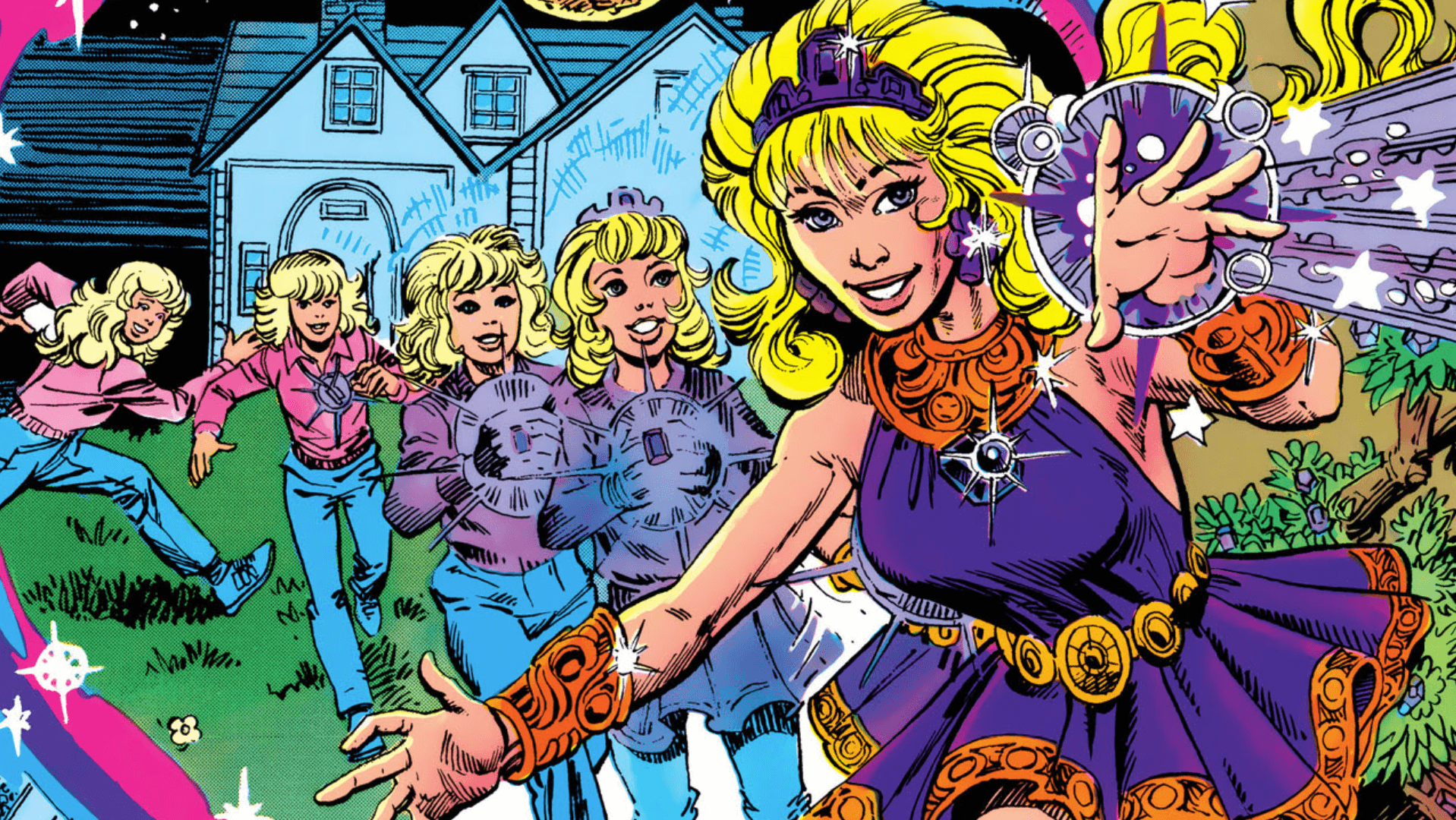 * The Flash (Barry Allen), 24 years. Like Kara, Barry’s great marathon run from 1959 to 1985 was ended by Crisis on Infinite Earths. With Wally West taking over for him as the Scarlet Speedster, Barry remained mostly absent from his own franchise until he re-emerged from the Speed Force as the star of The Flash: Rebirth in 2009.

And now, the heroes who have made the trip back from cancellation after 30 years: 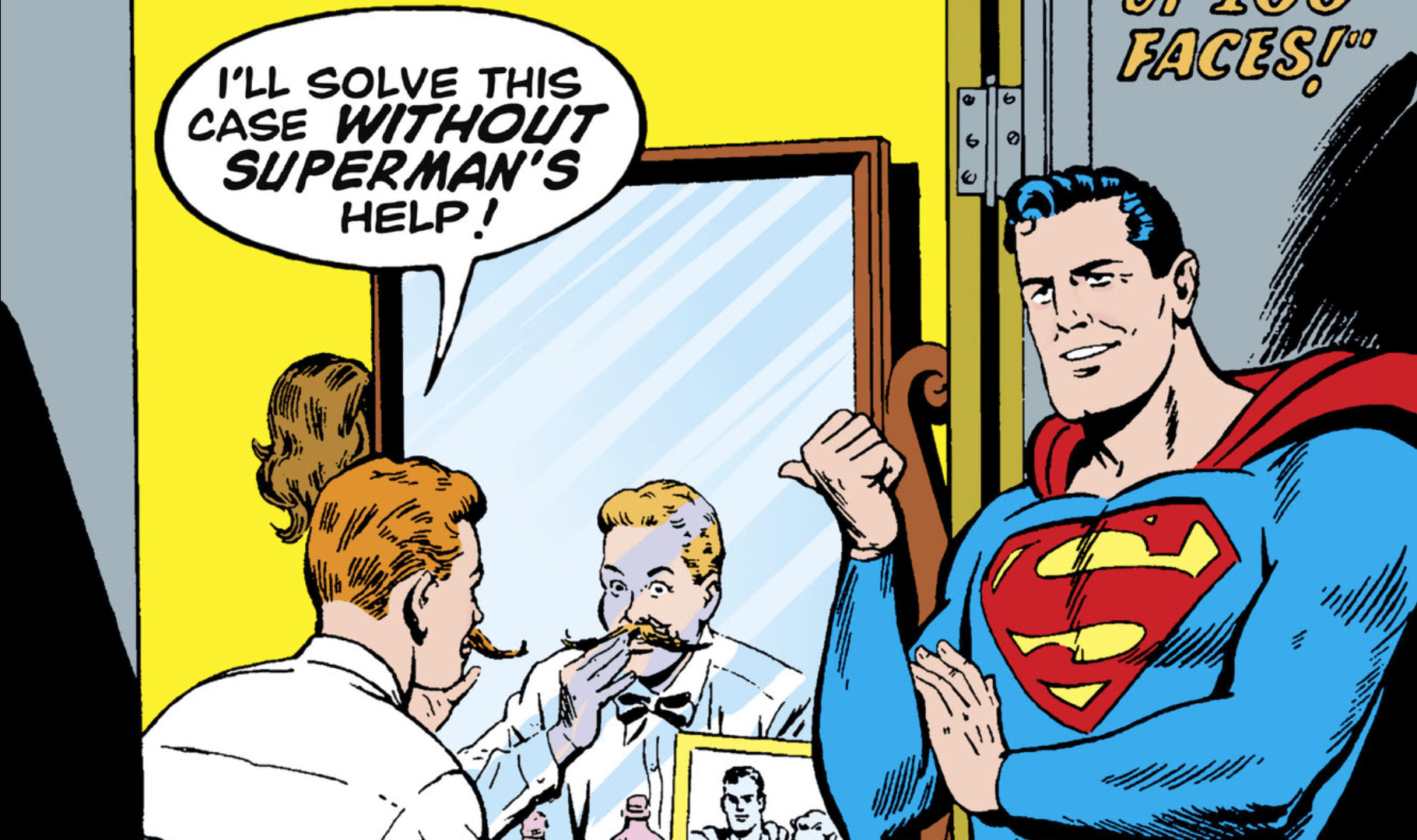 And now, our top three, the truly venerable in their patience for release from obscurity: 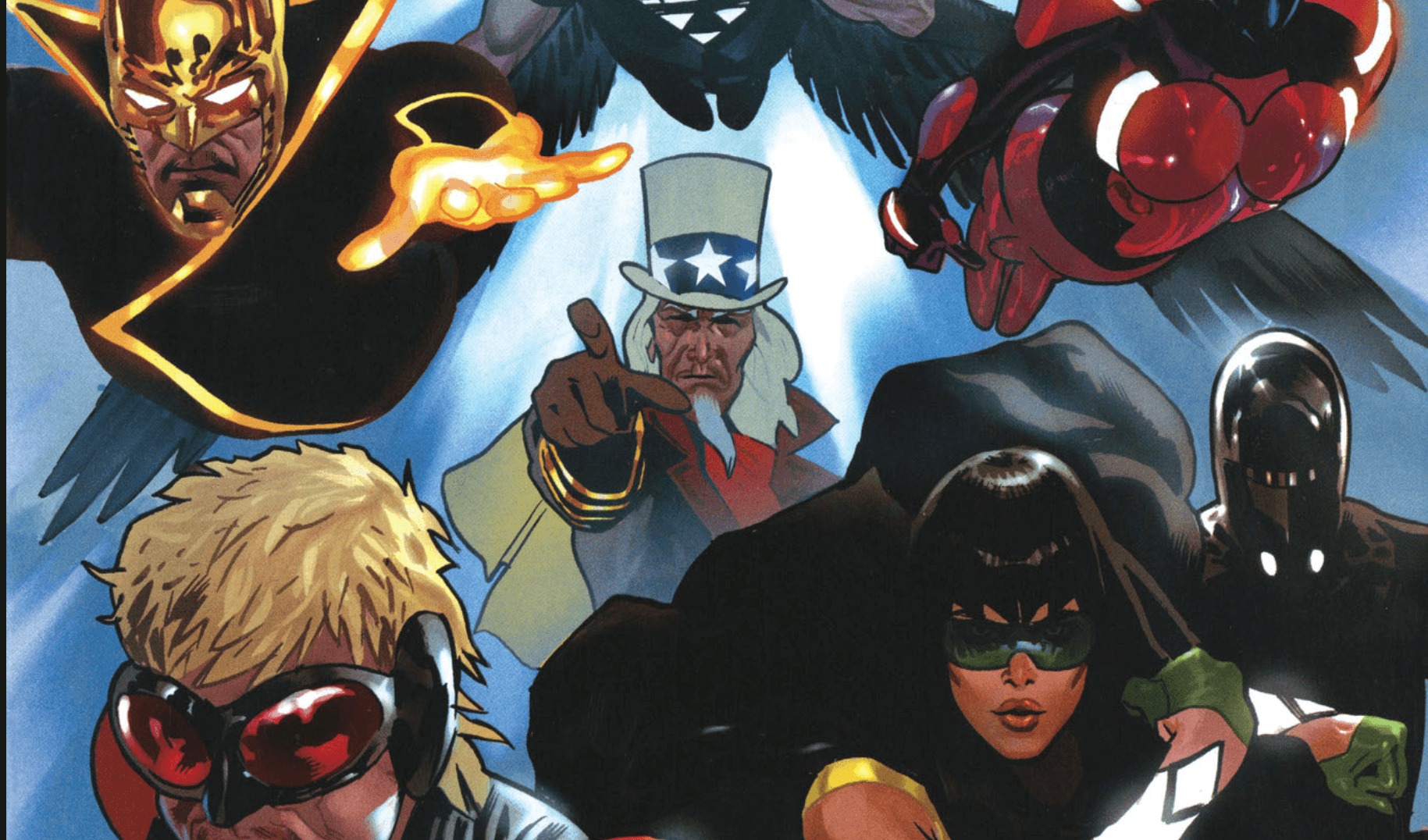 * Kid Eternity, 49 years. This Golden Age Quality Comics hero who could speak with the dead had his first solo run from 1946-49. For nearly half a century, Kid Eternity lay more or less dormant until a solo series launched under Vertigo Comics in 1991.

* UNCLE SAM, 54 YEARS. The (disputable) champ in this very, very specific category. Uncle Sam’s first solo series, Uncle Sam Quarterly, ran from 1941 to 1943 under Quality Comics. From then on, if Uncle Sam appeared at all, it was always in the company of his faithful Freedom Fighters. Uncle Sam wouldn’t have another solo title until the beautiful, heart-rending, two issue U.S. series in 1997 under Vertigo. In fact, the only hero eligible to beat him at this time may be one of the Freedom Fighters themselves…

* PHANTOM LADY, 63 YEARS. Once the founding foremother of the saucy comic book pin-up style known as “Good Girl Art,” Phantom Lady’s first solo series ran under Fox Features Syndicate from 1947-1949. Phantom Lady was thereafter acquired by Quality Comics, and then by DC, cementing her as a member of Uncle Sam’s cadre of Quality expats we know now as the Freedom Fighters. Phantom Lady’s next solo series came in 2012, shattering Uncle Sam’s record between solo titles by nearly a whole decade — with two caveats. First, it can be argued that Phantom Lady splits the bill on this 2012 series with fellow Freedom Fighter, Doll Man. The marketing on the series went either way. Second, one may count the Phantom Lady of 2012, Jennifer Knight, as an entirely separate entity from the original Phantom Lady, Sandra Knight. Considering that “Sandra” and “Jennifer” have yet to be depicted as co-existing within the same continuity in any way, I personally am willing to consider them incarnations of the same character. But for those of you who do not, it’s perfectly acceptable to claim Uncle Sam as the lead character with the greatest gulf between solo titles.

Whew! That was a big one, huh? Well, I’m just getting warmed up. I can keep the answers coming as long as you keep on throwing my way. All you have to do is ASK… THE QUESTION.