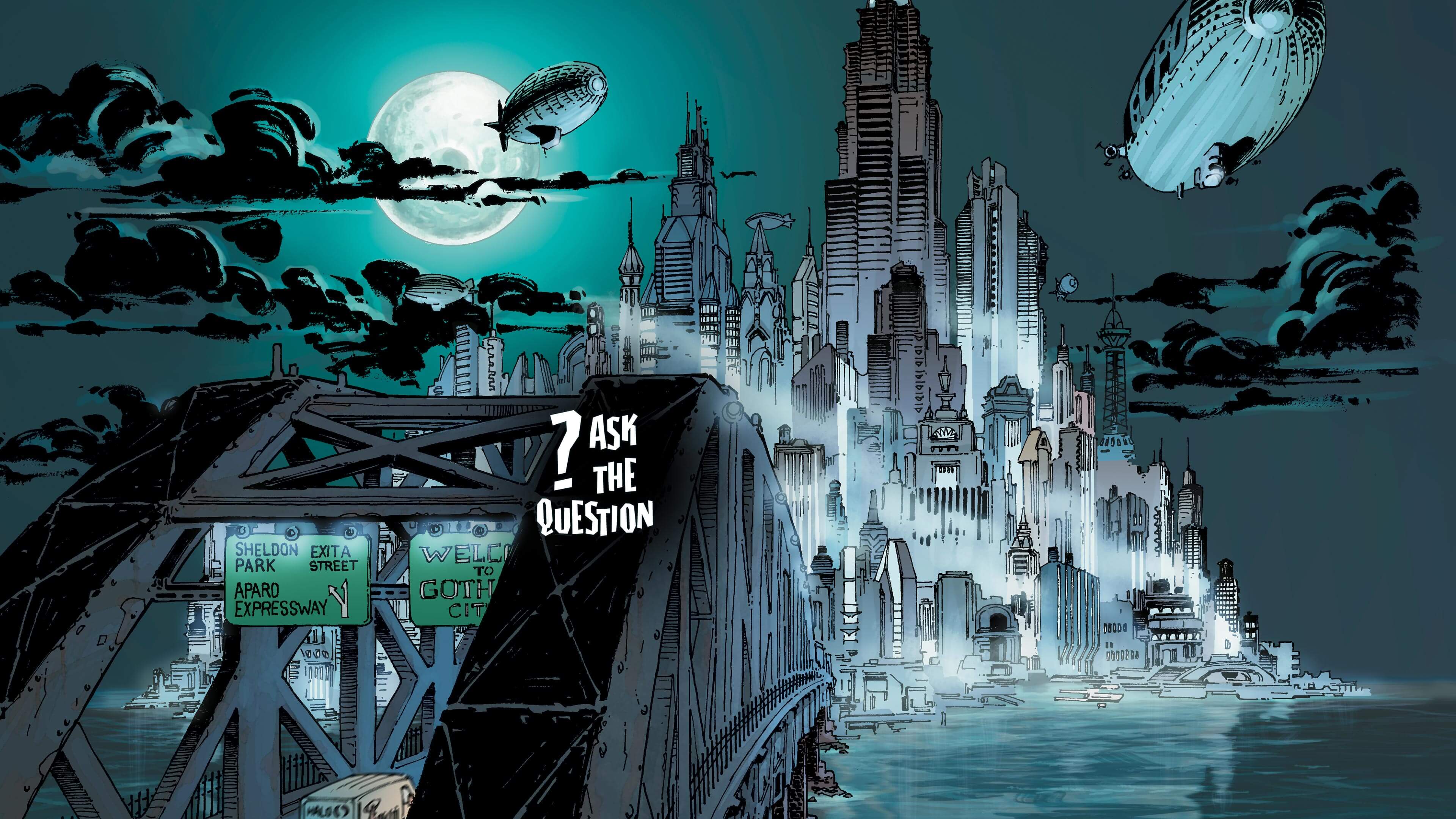 Ask...The Question: Where in the World is Gotham City?

Hello. I’m Alex Jaffe, better known in our Community as @HubCityQuestion. My personal mission: to take on any question you have about the DC Universe -- no matter how granular, obscure, or strange -- and present you with an answer. As a faithful steward of the truth, I’m here each week to address these inquiries. If you’d like to submit one of your own, you can stop by my office at any time in our brand new Community to state your case, which I will address in turn to the best of my ability. All YOU need to do is ask… The Question. 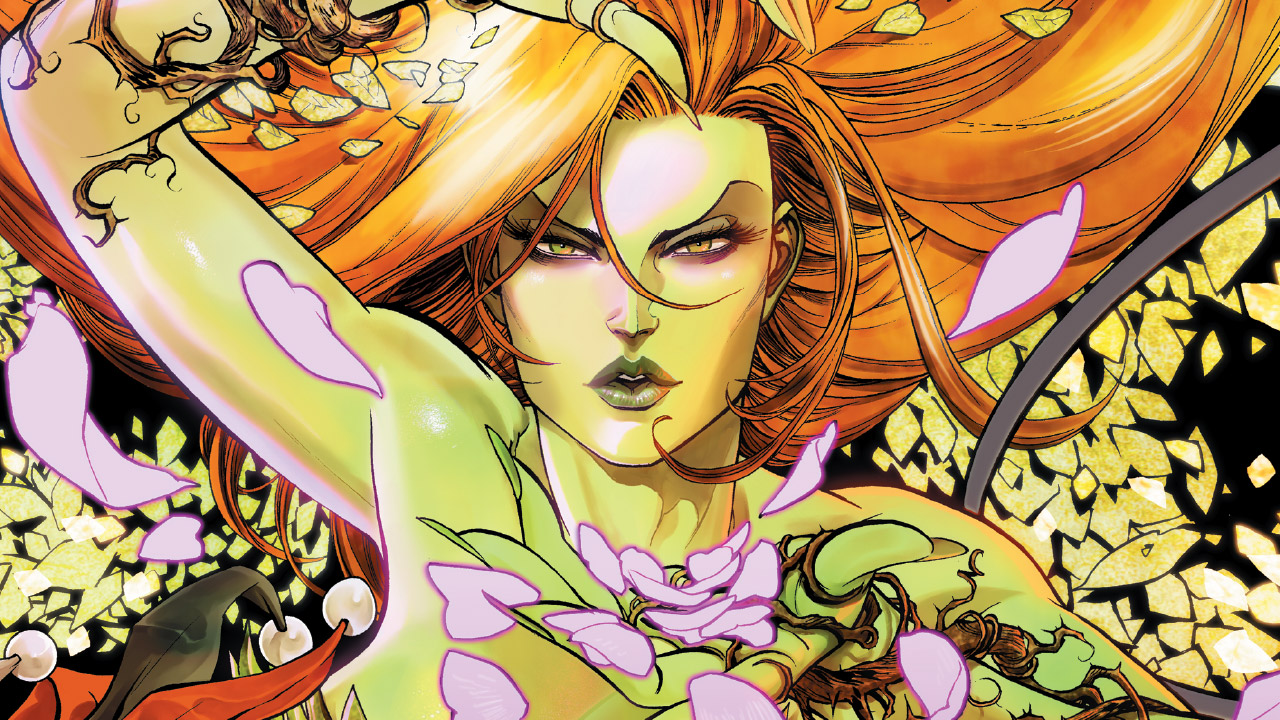 “Is Poison Ivy connected to The Green like Swamp Thing is?”

She hasn’t always been, and for good reason: whereas Poison Ivy made her first appearance in 1966’s Batman #181, the concept of The Green, the elemental force which connects all plant life, wasn’t established until Alan Moore’s run on Saga of the Swamp Thing in the 1980’s. As Swamp Thing continued and his affinity for The Green grew, the title itself gradually drifted away from the main line of DC continuity, eliminating opportunities for Poison Ivy to interact with the elemental force in Swamp Thing’s domain. The first instance to suggest some kind of connection between Poison Ivy and Swamp Thing was Neil Gaiman and Dave McKean’s Black Orchid miniseries in 1988, where their human alter egos of Pamela Isley and Alec Holland were shown to have both studied under the same professor, Jason Woodrue — better known today as the Floronic Man.

But the most tangibly direct and canonical correlation between Poison Ivy and The Green came in The New 52, at which point Swamp Thing had been fully embraced back into the fold of DC canon. In the “Rotworld” crossover between Animal Man and Swamp Thing, it was Poison Ivy who was chosen as an ersatz avatar of The Green in Swamp Thing’s stead. Today, as a direct fallout from the events of Heroes in Crisis, Poison Ivy shares a closer relationship with The Green than ever before: a change in status quo which is currently being explored in the Harley Quinn and Poison Ivy series by Jody Houser. 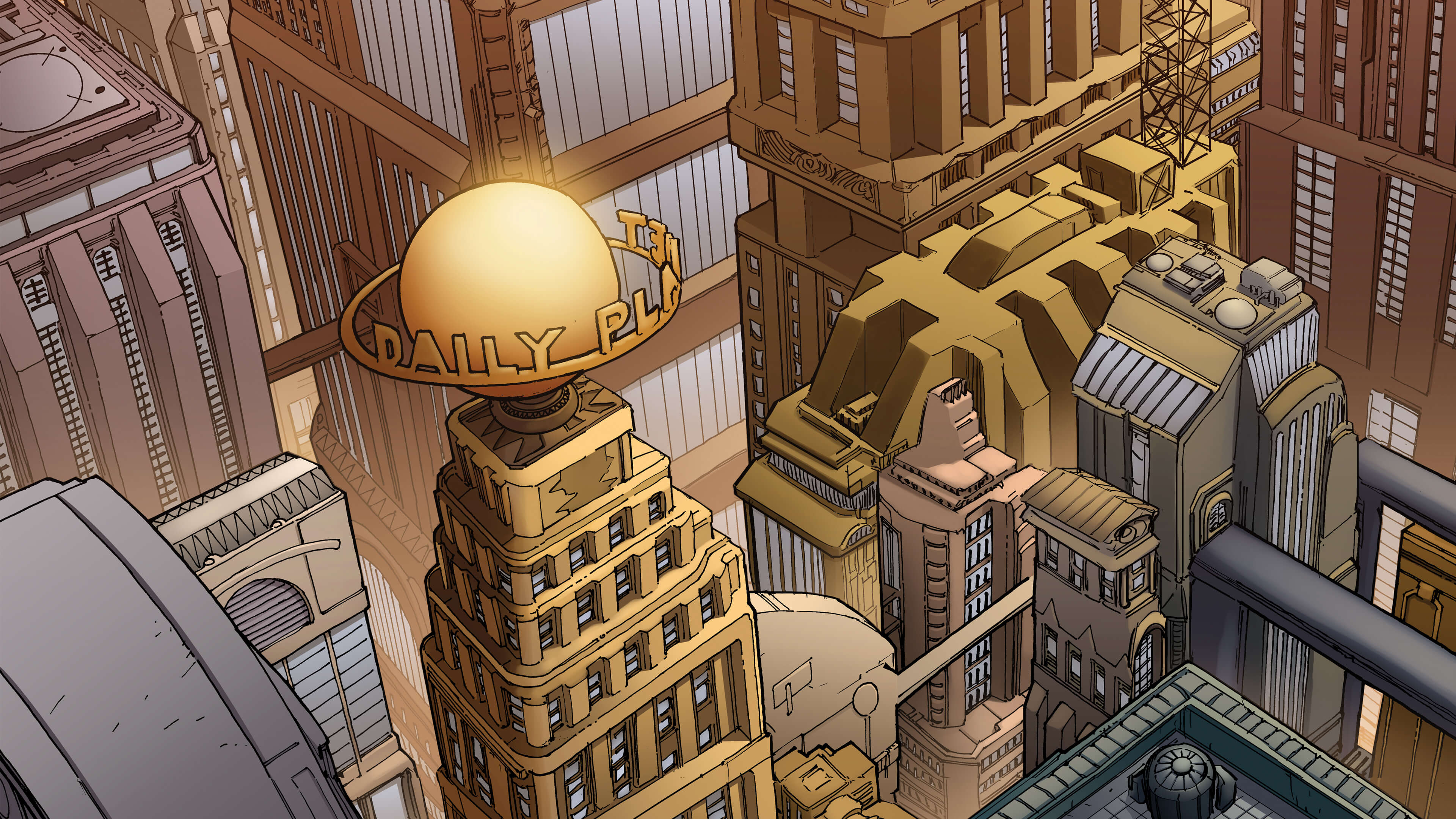 “I have always loved that DC had totally made up cities like, Metropolis, Smallville, Gotham, Central City, Coast City, Midway City, etc… I have always wondered where these cities were in relation to our real cities.”

This is a pretty sticky question, Cliff, and the answers tend to change depending on the medium, which era of comics you’re looking at, who’s writing it at the time, and whether the creators feel it’s necessary to pin down a specific location at all. Allow me to go through each of DC’s most memorable cities, and commit a generally agreed upon location to each of them based on accrued evidence.

Amnesty Bay: Home to the lighthouse of Tom Curry, father of Aquaman — and the sleepy fishing town that Arthur and Mera themselves call home away from Atlantis. Firmly located in coastal Maine.

Blüdhaven: Nightwing’s solo stomping grounds after parting ways with Batman. Located in reasonable driving distance either south, or to the west, or southwest of Gotham, depending on the writer. (See: Gotham City)

Blue Valley: Birthplace of Wally West, and where we first meet Stargirl in Stars and S.T.R.I.P.E. Located in Nebraska, as per Wally’s origin story, “The Flash: Year One - Born to Run.”

Coast City: My spiritual predecessor Bob Rozakis placed Hal Jordan’s “City Without Fear” in California in his own ‘70s column, “Ask the Answer Man.” While Paul Kupperberg’s The Atlas of the DC Universe places it in Northern California near San Francisco, the broadcast of its destruction in “Reign of the Supermen” puts Coast City in Southern California, just south of Santa Barbara.

Dakota City: Milestone Comics cofounder Dwayne McDuffie placed the home of Icon, Static, and Hardware in Michigan, having based the city off his own upbringing in Detroit.

Fawcett City: Prior to The New 52, Fawcett City was home to the characters DC inherited from Fawcett Comics, including the Shazam! Family. The JSA vs. Kobra miniseries placed it in Minnesota.

Gateway City: Home base of Wonder Woman in the ‘90s, as well as Wonder Girl Cassandra Sandsmark, the original Spectre, and the first Mister Terrific, Terry Sloane. It’s overtly based in California, but its visual similarities to San Francisco specifically suggest Northern California.

Gotham City: When specified at all, most sources place Gotham in New Jersey, including the Amazing World of DC Comics fanzine of the 1970s, 1983’s Detective Comics #503 (where it’s specifically 20 miles south of the Jersey Shore), 1990’s Atlas of the DC Universe, and the 2016 film Suicide Squad. 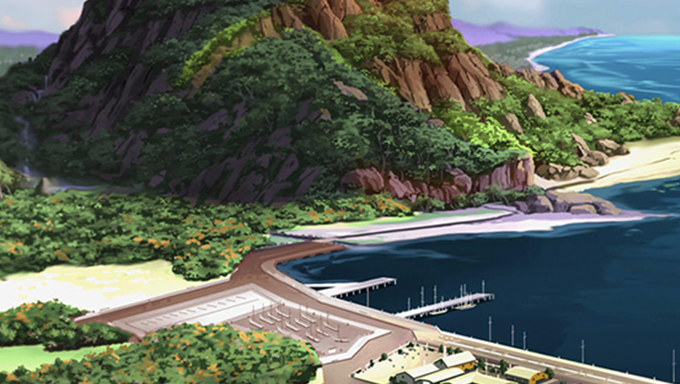 Happy Harbor: First home of the Justice League of America, and later to Young Justice. JLA: Year One is one of many sources to establish it in Rhode Island.

Hub City: You didn’t think I was going to leave this one out, did you? Home to the characters DC acquired from Charlton Comics in the 1980s, including Blue Beetle, Captain Atom, and that one guy with no face. Though perhaps most similar to Detroit, 1990’s Atlas of the DC Universe places it in Illinois, not too far from Chicago.

Ivy Town: A college town, home to both Ray Palmer and his successor as The Atom, Ryan Choi. As such, Titans #28 appropriately places it in Massachusetts.

Metropolis: Of all the cities in the DC Universe, the location of Metropolis is the most in flux. Metropolis was based in the original Jerry Siegel and Joe Shuster stories on their home of Cleveland, but later writers and artists drew inspiration from New York City. In media such as Superman: The Animated Series and Smallville, Metropolis is even seen in Kansas. But in comic book continuity, Metropolis is often placed on the Delaware side of Delaware Bay, just across the water from its sister city of Gotham. This correlation began in the previously alluded to Amazing World ‘70s fanzine, and found confirmation in 1990’s Atlas of the DC Universe. But today, just as many sources suggest Metropolis to be in New York. including the “Death of Superman” storyline. Personally, I prefer the Delaware location — New York already has a pretty huge city to its name, and shouldn’t have to be crowded by Metropolis. But either way, it’s a quick flight from the City of Tomorrow to Gotham and back.

Midway City: A big museum city, and former home to Hawkman, Hawkgirl, and the Doom Patrol. It was originally based on Chicago, but “Ask the Answer Man,” Atlas of the DC Universe, and Tony Isabella’s The Shadow War of Hawkman all place it in Michigan.

Midvale: Home of Midvale Orphanage, where Supergirl spent many of her first years on Earth. Midvale’s exact location is unknown, but it lies on the outskirts of Metropolis.

National City: The modern day home of Supergirl in both comics and television, National City is a highly fictionalized version of the city of the same name in the San Diego metropolitan area.

Opal City: The glamorous setting of James Robinson’s Starman series, and probably the best city to move to in the DC Universe. The JLA tie-in to Identity Crisis establishes Opal City in Maryland, after a long history of interview comments by Robinson opining the same.

Platinum Flats: Home to the Birds of Prey for a short time, beginning in 2008’s Birds of Prey #116. Located squarely in the Silicon Valley area of California.

Smallville: Kansas, naturally. Though its location wasn’t nailed down until more recently than you might think: Kansas was first established as home to the Kent Farm in the 1978 Superman movie, and was canonized to the comics by John Byrne’s Man of Steel in 1986. (Though the actual filming was done in Alberta, Canada.) 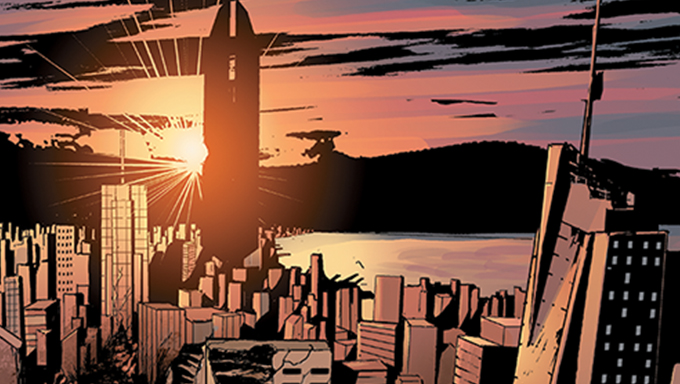 Star City: Over the decades, Green Arrow has divided many of his adventures between the real city of Seattle, Washington and the fictional Star City — which early sources place in Northern California. But in the Rebirth Era, these two parts of Oliver Queen’s career are reconciled by establishing Star City as an alternate name for Seattle itself. This fact remains a point of contention amongst Green Arrow fans to this day.

Vanity: Home of Aztek, The Ultimate Man, Vanity is shown to be somewhere in Oregon.

But no matter what city you’re from, it’s easy to find yours truly: just stop by my new place of business in Community 2.0, and have a chat about the finer points of the DC Universe. You’ll never regret it when you ASK… THE QUESTION.