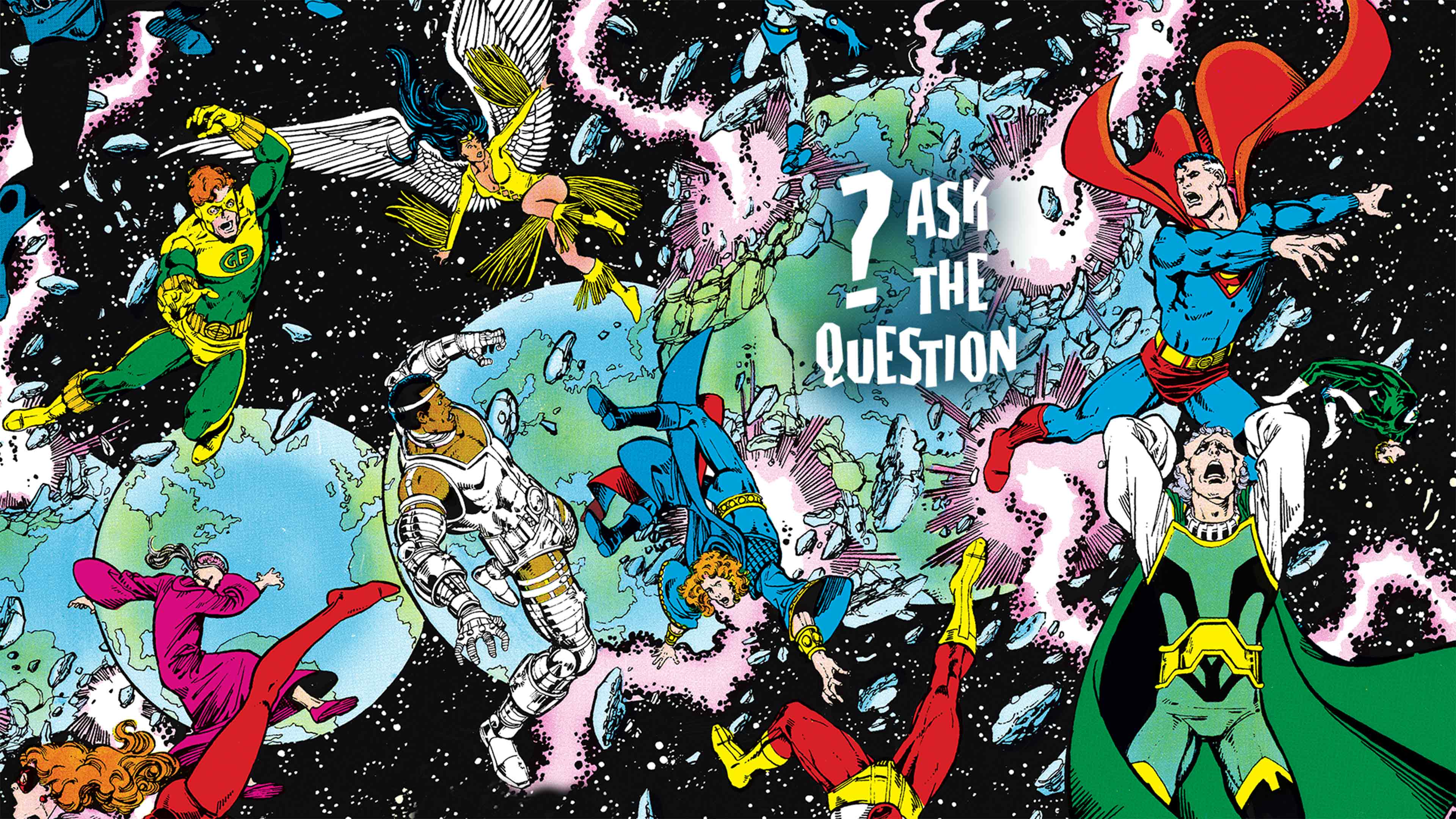 Ask...The Question: Where Were the Gods During CRISIS ON INFINITE EARTHS?

Hello. I’m Alex Jaffe, better known in our Community as HubCityQuestion. My personal mission: to take on any question you have about the DC Universe -- no matter how strange, granular, or obscure -- and present you with an answer. As a faithful steward of the truth, I offer my time in this weekly column to address these inquiries. If you’d like to submit one of your own, you can stop by my office at any time in our lively Community to state your case, which I will address in turn to the best of my ability. As always, I remain your vigilant detective through the comic book cosmos to discover the answers you crave. Let us discover what mysteries lie in wait for this, our 47th edition of the column. 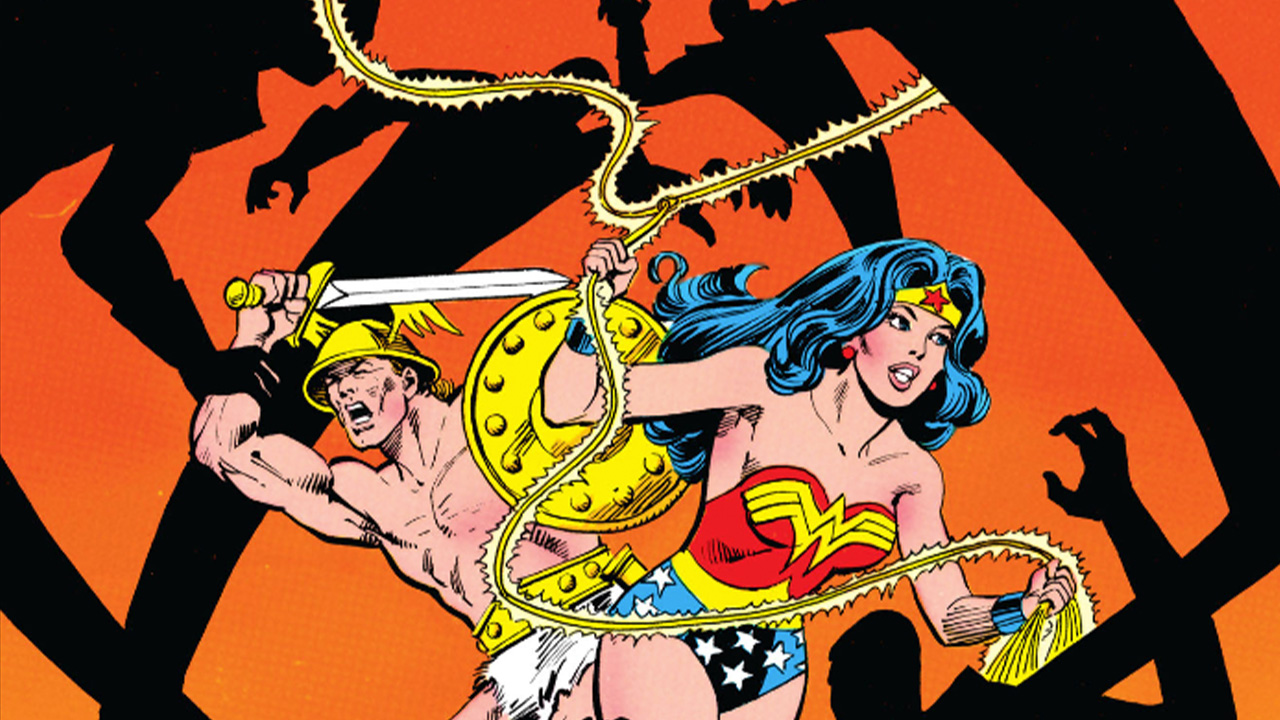 “In the Crisis of '85, Earth’s heroes and villains abound in that 12 issue maxi-series. But the gods of Olympus, Asgard, New Genesis, are nowhere to be seen. If the Spectre could step up to be counted, it makes one wonder. Or do you suppose, Marv simply had too much on his plate at the time to worry about them?”

Crisis on Infinite Earths was a story far bigger than even Marv Wolfman and George Perez. It was a story which reverberated through the entire line of comics DC was publishing at the time, with consequences only hinted at in the 12 issue series which formed the spine of the event. In the case of the Olympians, their role in the Crisis is told by Mindy Newell and Gerry Conway in the final Pre-Crisis issues of Wonder Woman. As the Anti-Monitor’s Shadow Demons stage their attack on Paradise Island, the Earth-Mother Demeter appears garbed for combat alongside her Amazon daughters. Hermes travels to the realm of man, blowing Wonder Woman’s secret identity as Diana Prince to draft her into Zeus’s own campaign to hold back the Crisis. Even the gods prove vulnerable to the power of the Shadow Demons, and though they fight bravely, require all the help they can get. All the while, Hades and Ares are revealed as defectors, allying themselves with the Anti-Monitor in his conquest of reality.

We never get a look at what the Norse Gods are up to at this time, mainly because they’ve never played as large a role in the DC Universe as the Greek Pantheon (due in part, likely, to their close association with the Marvelous competition). One might imagine that, like the Greek gods, they too took up arms against the Anti-Monitor and his Shadow Demons, and may have had their share of defectors as well. I’ve got a few questions for Loki.

As for the New Gods of New Genesis, it seems like the Crisis never quite made it to Fourth World, which has always existed apart from the rest of the universe in some way or another. In 1985’s graphic novel The Hunger Dogs, set just barely before the Crisis, an uprising on Apokolips led to Darkseid’s exile from Fourth World. This banishment accounts for his presence in the final fight against the Anti-Monitor. With the Anti-Monitor’s death and the realty alteration which followed, Darkseid once again claimed his place of rule on Apokolips. 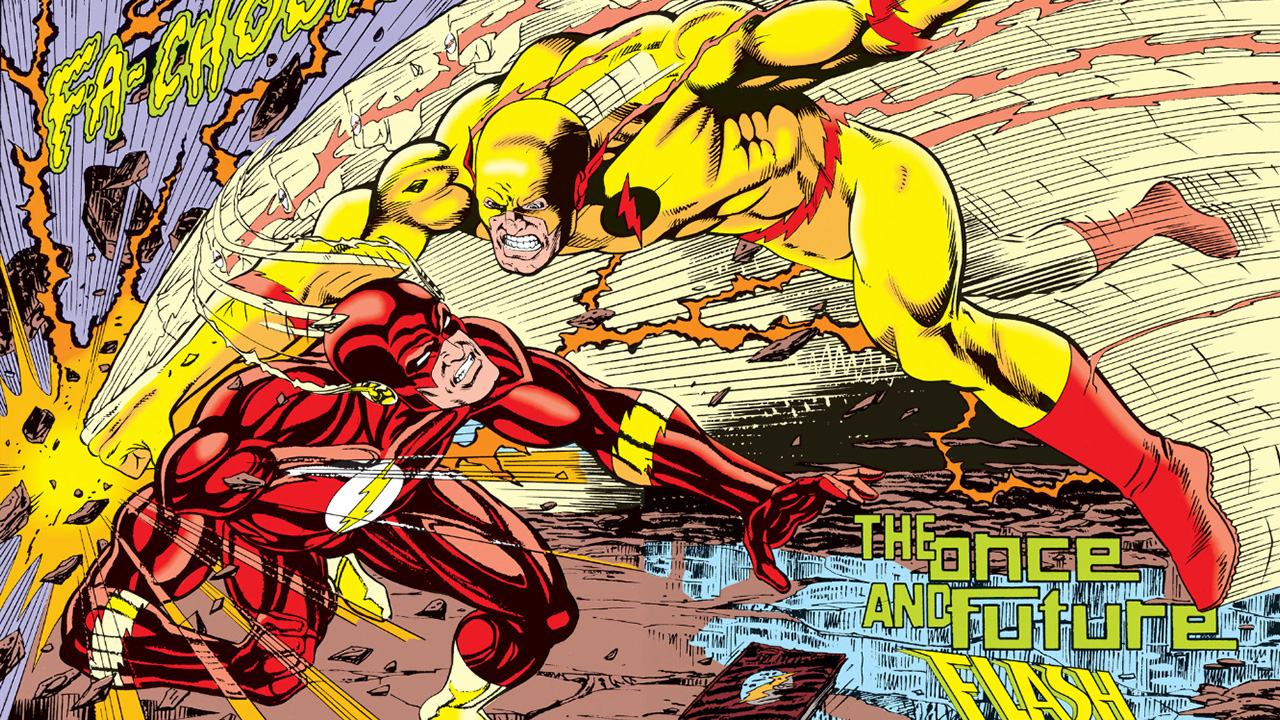 “When was the first time a sidekick of a popular hero took the role from their mentor and fought the mentor’s biggest nemesis? In any continuity, elseworlds or anything. Just the first time.”

The idea of sidekicks succeeding their mentors is actually a relatively new concept. Prior to Crisis on Infinite Earths, legacy heroes like Black Canary, Blue Beetle, Green Lantern, or The Atom didn’t take over the role after logging hours in the shadow of their forebear -- they just tended to appear on the scene fully formed, as a way of introducing a fresh new face to an established name. While Dick Grayson stepped into Batman’s boots a number of times- the first of which occurs in 1950’s Detective Comics #165- he never opposed any of Batman’s notable enemies during these early jaunts.

An interesting case is 1966’s Detective Comics #226, where Bruce Wayne is shown to have been Robin himself before fighting crime as Batman. This idea is revisited in 1980’s The Untold Legend of the Batman. So, retroactively, one might consider Robin itself to be a legacy title inherited by Dick Grayson -- but, because Bruce Wayne’s Robin never had any notable enemies, your second clause remains unmet.

The first DC hero to really step out of the sidekick role into the big show was Kid Flash, who donned the crimson Flash tights after Barry Allen ran his last race against the Anti-Monitor.

The second part of your question is a little trickier. Who IS The Flash’s “biggest nemesis?” Gorilla Grodd? Captain Cold? Reverse-Flash?

Let’s consult the dictionary: a “nemesis,” strictly speaking, is not merely one’s opponent, but “the inescapable agent of someone or something’s downfall.” This could apply to two enemies of Barry: Eobard Thawne, who broke Barry’s spirit when he killed his wife and threatened to kill again, forcing The Flash to take his life, or the Anti-Monitor, who literally became the instrument of Barry’s demise.

Wally West’s first encounter with Reverse-Flash was in the classic “Return of Barry Allen” story of 1993. But he wouldn’t encounter the Anti-Monitor again as The Flash until the “Chain Lightning Saga,” with the battle beginning in 1999’s The Flash #149.

WHO WEEPS FOR THE WEEPER? 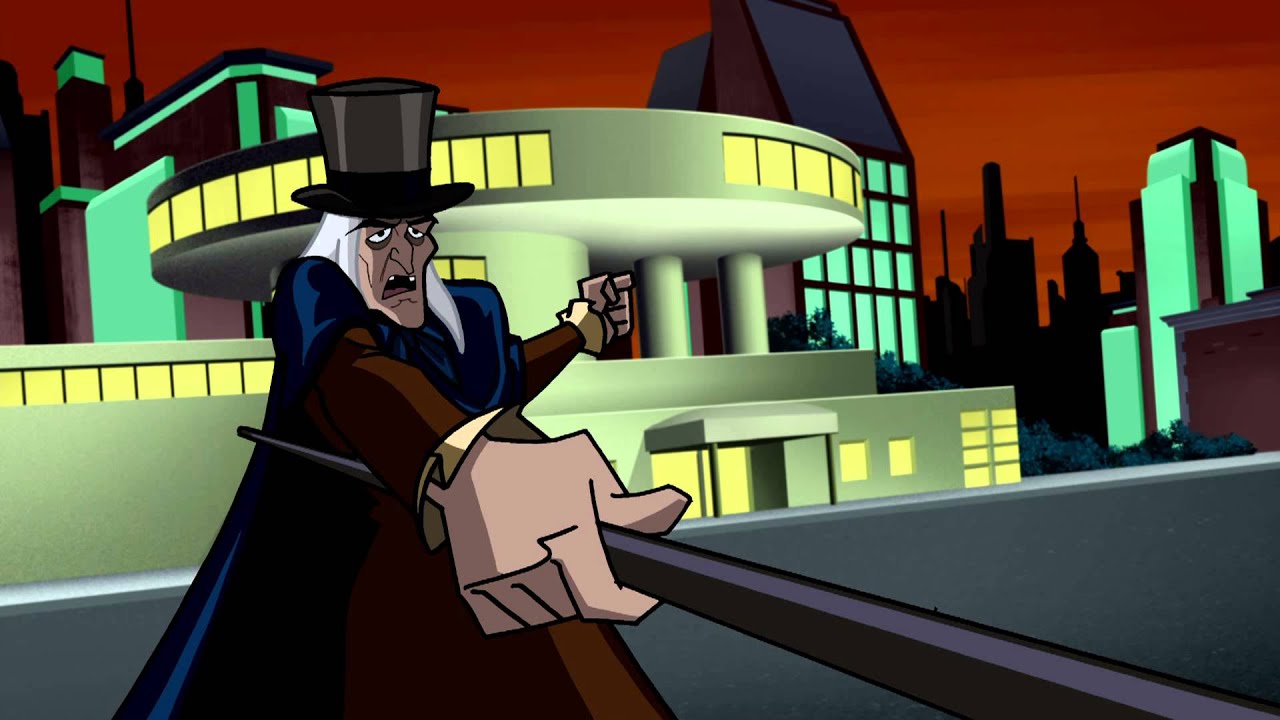 “I was watching Batman: The Brave and The Bold the other day where The Joker teamed up with a crying villain named The Weeper. Is The Weeper an actual villain or did the show make him up?”

The Weeper is real! Like many characters who appear in Batman: The Brave and the Bold, this particular villain who makes his animated debut in “The Joker: The Vile and the Villainous!” originates from a deep cut. A black-and-white flashback in this episode holds the clue, where The Weeper is confronted by his Golden Age enemies, Bulletman and Bulletgirl. In the comics, The Weeper --real name Mortimer Gloom-- originally opposed those bullet-themed Fawcett Comics heroes in early 1940s issues of Master Comics and Bulletman, where he also battled the Shazam! Family. He was succeeded by his daughter, the second Weeper, who appeared as an enemy of Mary Marvel. It was The Brave and the Bold, nearly 70 years later, which rescued this fairly obscure villain from comic book limbo for a thematically appropriate team-up with the Mountebank of Mirth. Thanks perhaps to this raised profile, a new version of The Weeper went on to appear in Season 4 of TV’s The Flash.

YOU CAN COUNT ON ME 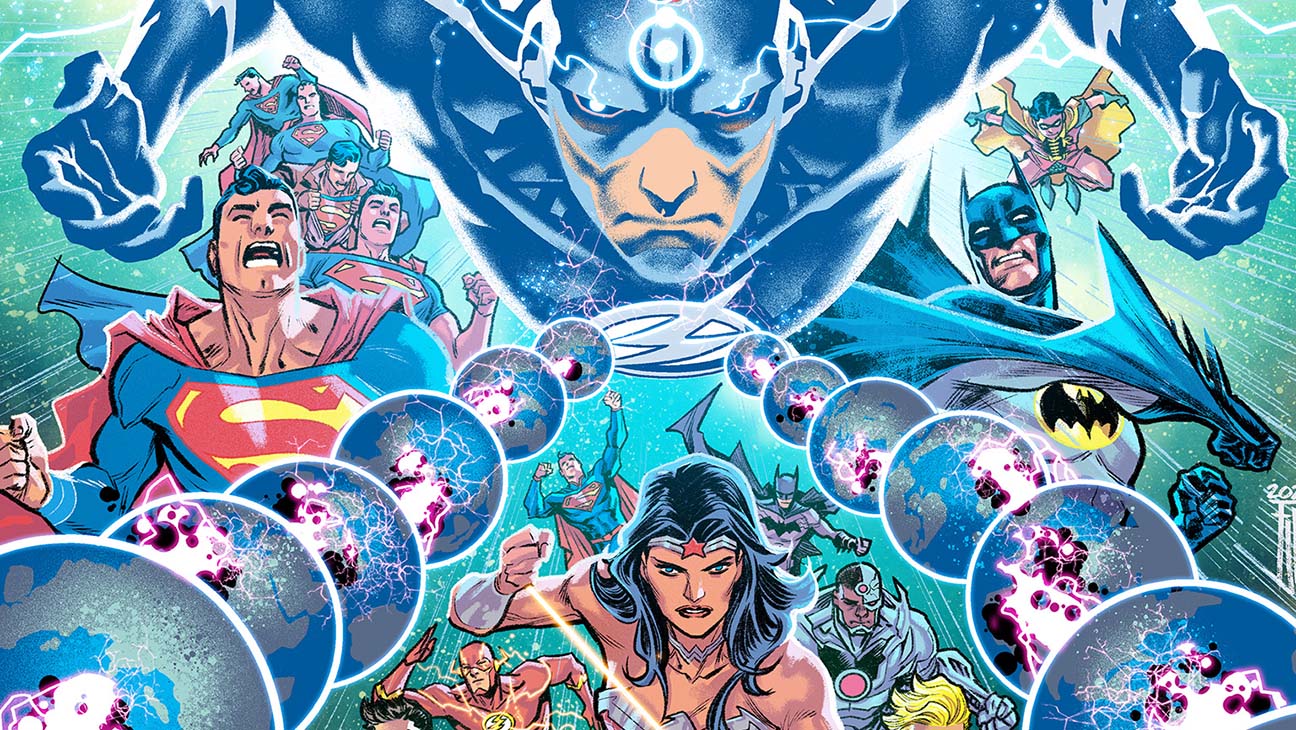 “The world may not be prepared for this answer but… how many active continuities does DC currently have? e.g. DCAU, DCEU, canon, Sandman Overtures, Arkham Games, is the Dark Multiverse, Black Label, and Wonder Comics something else or a part of the multiverse, etc? I feel bad asking this question, because I know it will take a lot of time and work… sorry about that.”

The trickiest part of this isn’t the counting, but defining the parameters of “active.” To my mind, an active continuity should be one with a definite future, one where we know with certainty that new stories set in that world are on the horizon. A finished, standalone Black Label series, therefore, wouldn’t be an “active continuity,” because there’s no guarantee we’ll see another story set in that universe again. Conversely, any announced projects set in NEW universes also cannot be considered “active” until at least one entry in that universe is available for public consumption. So, sorry, “House of El” graphic novel trilogy debuting in 2021.

We can’t consider the Dark Multiverse an active continuity, because its ephemeral nature dictates that each universe it delivers is dead on arrival. That impermanence is one of the driving forces behind Dark Nights: Metal. The Batman Who Laughs cackles for his dead world.

As for Wonder Comics and The Sandman Universe imprints, both retain a connection--tenuous as it may sometimes be--to the main line of DC comics, and therefore shouldn’t be counted as separate continuities. (This goes for the Young Animal imprint, as well.)

We’ll itemize our list, one which strives to be as accurate as possible as of May 6th, 2020, going by medium:

1. The DC Universe. Earth-0. Where most of the DCU comics are set.

3. He-Man. One issue remains in the latest He-Man series, He-Man and the Masters of the Multiverse.

9. “Sea Dogs,” a story which runs throughout the Hill House imprint books.

17. Scooby-Doo, Where are You? The continuing comic book escapades of Mystery, Inc.

18. The “Murphyverse,” setting of the Batman: White Knight series. Sequels and spin-offs in progress.

21. Pearl, the Jinxworld series by Brian Michael Bendis, is gearing up for another volume. Scarlet, Cover, and The United States of Murder, Inc. may be as well, but no official word (that I’ve heard).

The canonicity of Warren Ellis and Bryan Hitch’s The Batman’s Grave is currently (and may always be) in question, but for now we count it as part of the main continuity, somewhere in the timeline. Likewise, while Harley Quinn and the Birds of Prey may be a Black Label series, it does carry over from Jimmy Palmiotti and Amanda Conner’s Harley Quinn run. Black Label does not NECESSARILY mean “non-canon,” and only with the test of time as the imprint matures will we determine exactly how it interacts with the DC Universe at large.

22. The DC Extended Universe, which contains all of DC’s live action films from Man of Steel to the upcoming Wonder Woman 1984 (excluding last year’s Joker, which while the possibility of a sequel remains on the table, remains unconfirmed.)

The “DC Animated Movie Universe,” the animated continuity connecting many of DC’s direct to video animated releases since 2013, is no longer active as of yesterday’s digital release of Justice League Dark: Apokolips War.

23. The “Arrowverse,” now containing all DC shows which air on The CW.

24. Pennyworth, which may or may not be a prequel to Gotham, depending who you ask.

27. Young Justice, the best of all universes.

28. Harley Quinn, doing its own thang.

29. Teen Titans Go!, in animation and in comics.

30. DC Super Hero Girls, the 2019 reboot of the original webseries.

32. The Boys, renewed for a second season.

33. The DC Animated Universe of Bruce Timm, Paul Dini, and Alan Burnett… newly resurrected thanks to the tie-in comic of Batman: The Adventures Continue!

Stargirl will soon join this list, but isn’t an active continuity just yet.

Video games which are still receiving updates in at least one iteration of the franchise may be considered actively attended to -- as can franchises with announced or teased forthcoming sequels.

37. The Batman: Arkham series. No new title has been fully announced as of yet, but we’ve been getting teasers.

38. Fables, the Vertigo series which lives on through an announced second season of Telltale’s The Wolf Among Us.

So, looks like the answer is 38!  If you think I’ve miscounted, feel free to shout at me about it in the community. If I think you’re right, I’ll try and cajole my editor into amending the count here. Until next time, always remember to ASK… THE QUESTION.