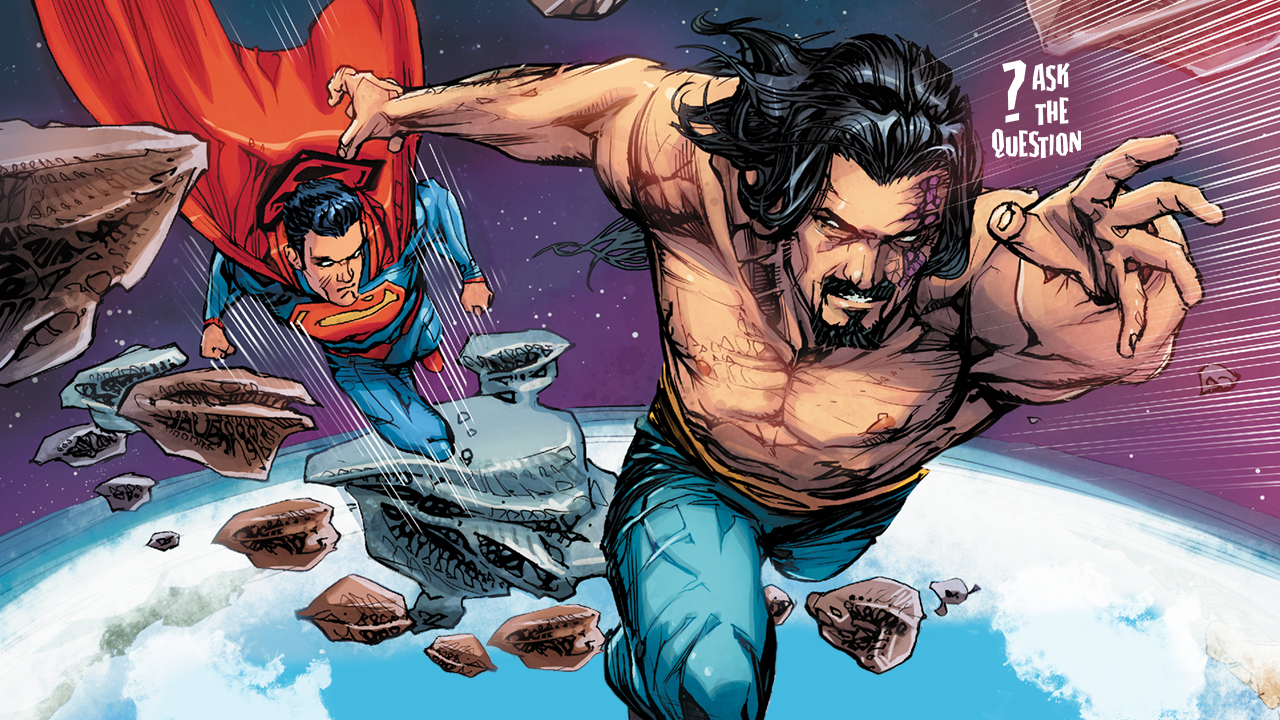 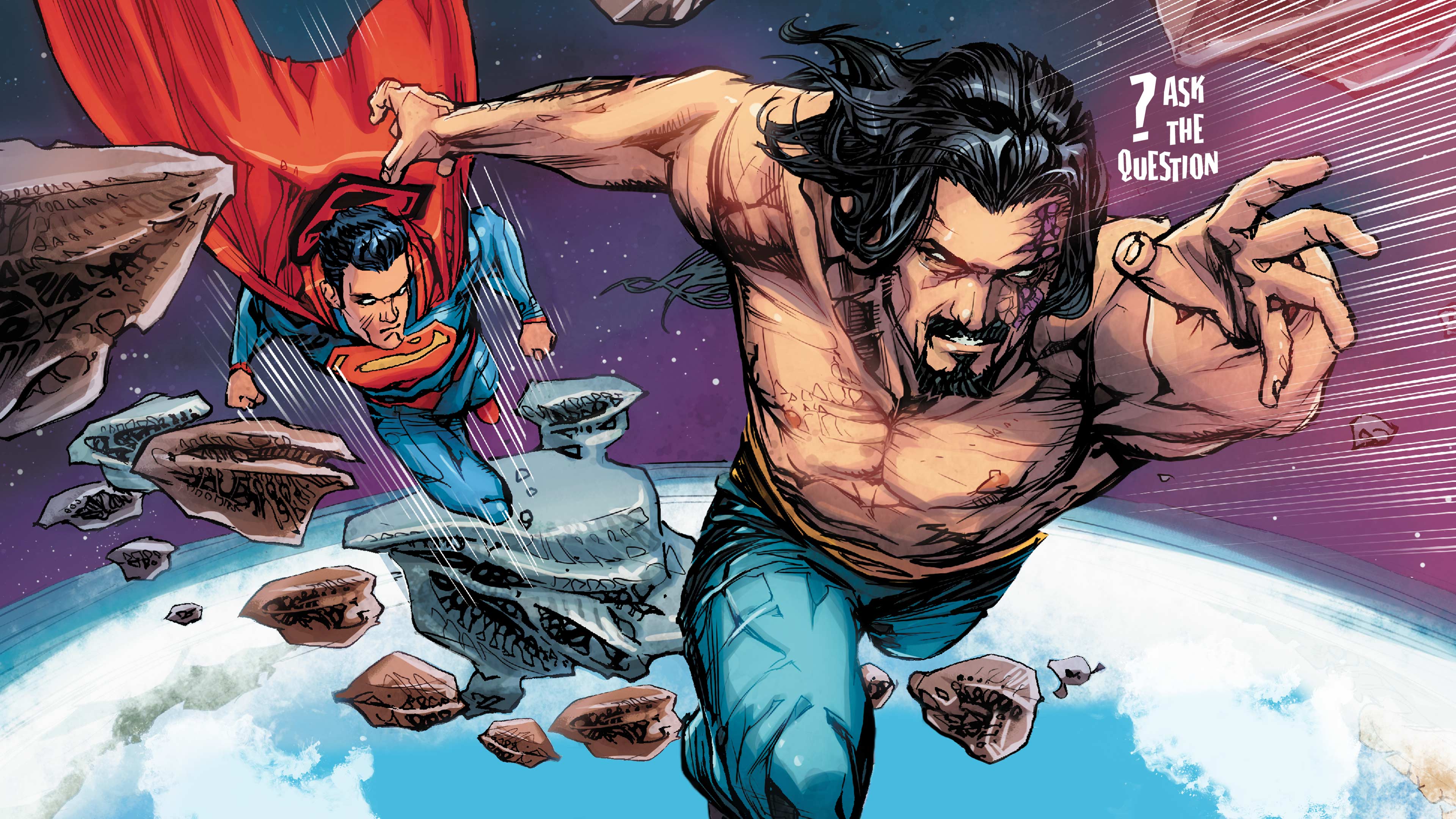 Ask...The Question: Where to Start with Vandal Savage?

Hello, I’m Alex Jaffe. Some of you in our Community already know me as @HubCityQuestion. I’ve returned once more to take on any question you have about the DC Universe, no matter how granular, obscure, or strange, and present you with an answer. At any time, you may present your inquiries by posing them to me in this thread on the boards. And every week, I will be here to address the most intriguing of these cases to the best of my ability. All YOU need to do... is ask The Question. 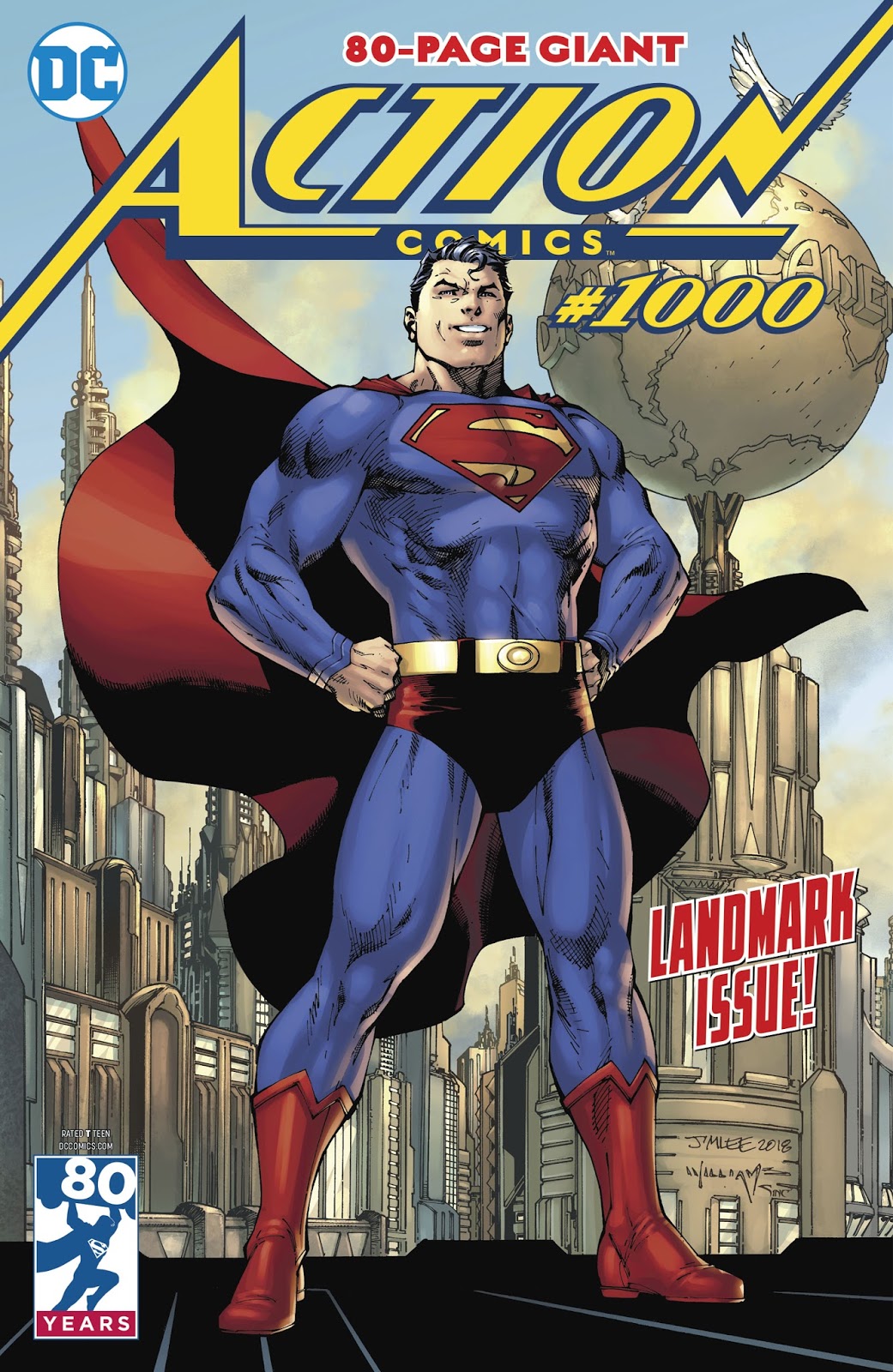 “If the Batman, Superman and Wonder Woman series had continued their numbering like Action Comics and Detective Comics, what issue number would they be at today?”

First, let me say that the idea of reverting to the original numbering for these often renumbered flagship titles is not unprecedented. Both ‘Superman’ and ‘Wonder Woman’ were first renumbered in the wake of 1985's ‘Crisis on Infinite Earths,’ for a company-wide reboot which would reintroduce the Man of Steel and the Amazon Princess for the modern era. While ‘Superman’ returned to Issue #1 under the stewardship of writer John Byrne, ‘Adventures of Superman’ was launched to continue where the original ‘Superman’ numbering left off with issue #424.

20 years later, after ‘Infinite Crisis’ reshuffled the publishing status quo once more, ‘Adventures of Superman’ was consolidated into the second ‘Superman’ title, once again resuming its original numbering. ‘Wonder Woman,’ on the other hand, was rebooted a second time, to introduce a new status quo for the character as part of the “One Year Later” cross-title event. These three Wonder Woman volumes were finally consolidated into their original numbering for the landmark 600th issue. Meanwhile, ‘Batman’ kept chugging along with its original numbering intact since 1940… until EVERY DC Universe title was renumbered for the New 52.

For 2016's DC Rebirth, all three titles were renumbered once more. And ‘Superman’ found itself back at #1 only two years later to welcome superstar writer Brian Michael Bendis.

With all that in mind, it’s time for us to do some math. Please note that Annuals, Zero, and One Million issues, and any other one-off specials hold no bearing on the grand total, as they are generally excluded from ongoing issue numbering altogether.

Between its first two consolidated volumes, ‘Superman’ ran until issue #714.

As of this week, Brian Michael Bendis’s current run on ‘Superman’ is up to issue #11.

As of this week, the Rebirth run on ‘Wonder Woman’ is up to issue #71.

This brings us to another question: WILL these series ever return to their original numbering? I would argue that if we look to history, the answer may be yes. To follow the leads of ‘Action Comics’ and ‘Detective Comics,’ DC could celebrate each of these titles reaching what would be their 1,000th issue. But that just prompts a further question...when would that be?

To calculate that, a note about shipping schedules: currently, Brian Michael Bendis’s ‘Superman’ ships one issue per month, while ‘Batman’ and ‘Wonder Woman’ both ship twice per month. Retailers reported last May that beginning in January 2020, all of DC’s twice monthly shipping titles will revert to their traditional once per month schedules.

By the end of 2018, at the current shipping rate, the grand totals for each of these books will be as follows:

From that point, should each of these titles continue to release once per month, you can expect the celebratory #1000 issues for these books by each of the following dates:

So mark your calendars, and attempt to reserve a copy today! 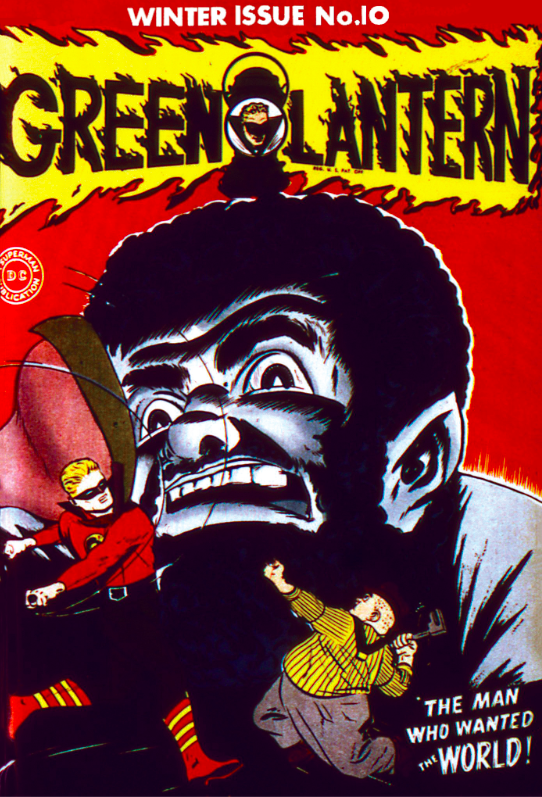 “What would you consider to be the best reads for Vandal Savage fans? He is one of my favorite villains, but I’ll admit most of my exposure to him has been through animation.”

A fine opinion, Aquamon. Between his appearances on ‘Justice League’ and ‘Young Justice,’ Vandal Savage is a character who leaves a very big impression. But if you’d like to read up on him in our vast comic book library, here’s a guide to some essentials:

1. ‘Green Lantern’ (1941-) #10, “The Man Who Wanted The World”: Did you know that originally, Vandal Savage was an enemy of the Golden Age Green Lantern, Alan Scott? Not much of Alan’s early adventures has been digitized at the moment, but luckily we do carry this landmark issue which features Vandal Savage’s first comic book appearance, establishing him as a cunning antagonist the likes of which Green Lantern had never faced before.

2. ‘The Flash’ (1987-) #1-50: If Alan Scott is Vandal’s oldest enemy, then Wally West is his most persistent. From the very beginning of Wally’s promotion from Kid Flash to Fastest Man Alive, the immortal Vandal Savage dogged his every turn, climaxing in a showdown beyond the mortal realm. Prepare yourself for an epic journey at super speed.

3. DC One Million: In Vandal Savage’s longest con ever, this early Grant Morrison story features the Justice Legion of the 853rd century traveling to the present day. There, they enlist the modern Justice League to foil a plot by Savage tens of thousands of years in the making, going all the way back to World War II.

4. ‘Secret Six’ (2006): The leader of the 00’s Secret Six was Vandal Savage’s daughter, Scandal Savage — and the nature of their relationship is one of the major ongoing plot lines of the series. If you’d like to see how Vandal Savage’s megalomania affects those closest to him, this is the book to read.

5. ‘JSA: Classified’ #10-13, “The Rise and Fall of Vandal Savage”: In this JSA story, Vandal Savage faces his mortality for the first time in millennia, and reacts by reigniting his oldest published rivalry. This time, he vows, Alan Scott will fall.

6. ‘DC Universe Presents’ (2011-) #9-11, “Savage”: This ‘Silence of the Lambs’ inspired take on the character introduces us to another of his daughters, Kass Sage: the FBI’s best criminal profiler, on the trail of a new serial killer. But to catch one killer, she needs the help of another. Time to call Daddy.

7. ‘Demon Knights’: If you prefer a look at Savage as an anti-hero, this New 52 series is a must read. Set a thousand years in the DC Universe’s past, this medieval spin on ‘The Magnificent Seven’ features a boisterous Vandal Savage battling the forces of evil alongside the likes of Madame Xanadu, Shining Knight, and The Demon Etrigan. 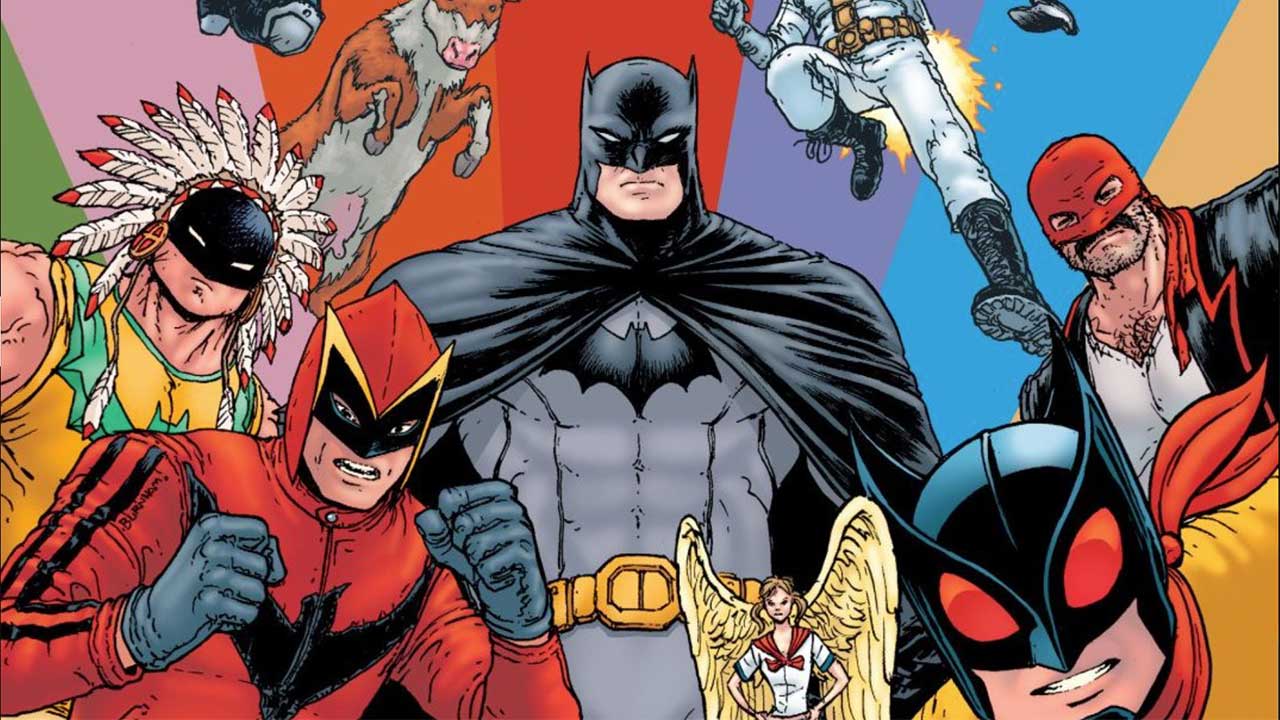 “Can you list all of the vigilantes who were part of Batman Incorporated and their first appearances?”

One thing Bruce Wayne had in spades after his battle with Darkseid in ‘Final Crisis’ was plenty of time to consider how he was approaching the crime fighting business. By the time he was able to resume his position as Batman, he hit upon a novel solution by taking a page from his corporate book: franchising. By reorganizing his pre-existing allies, dredging up old contacts, and making new ones around the world, the “Batman” model could be used not just to protect Gotham, but the entire planet. Here’s a roster of every vigilante who at one point or another appeared on the company payroll for “Batman, Incorporated” — and, for good measure, their first appearances.

*First appearance of an originally animated character as a member of Batman, Inc.

Mind you, this wasn’t the FIRST time Batman had attempted an experiment like this… but that’s perhaps a subject for another column. Until next week, submit all your inquiries to my office in our Community. After all, no matter your troubles, it never hurts to ASK… THE QUESTION!