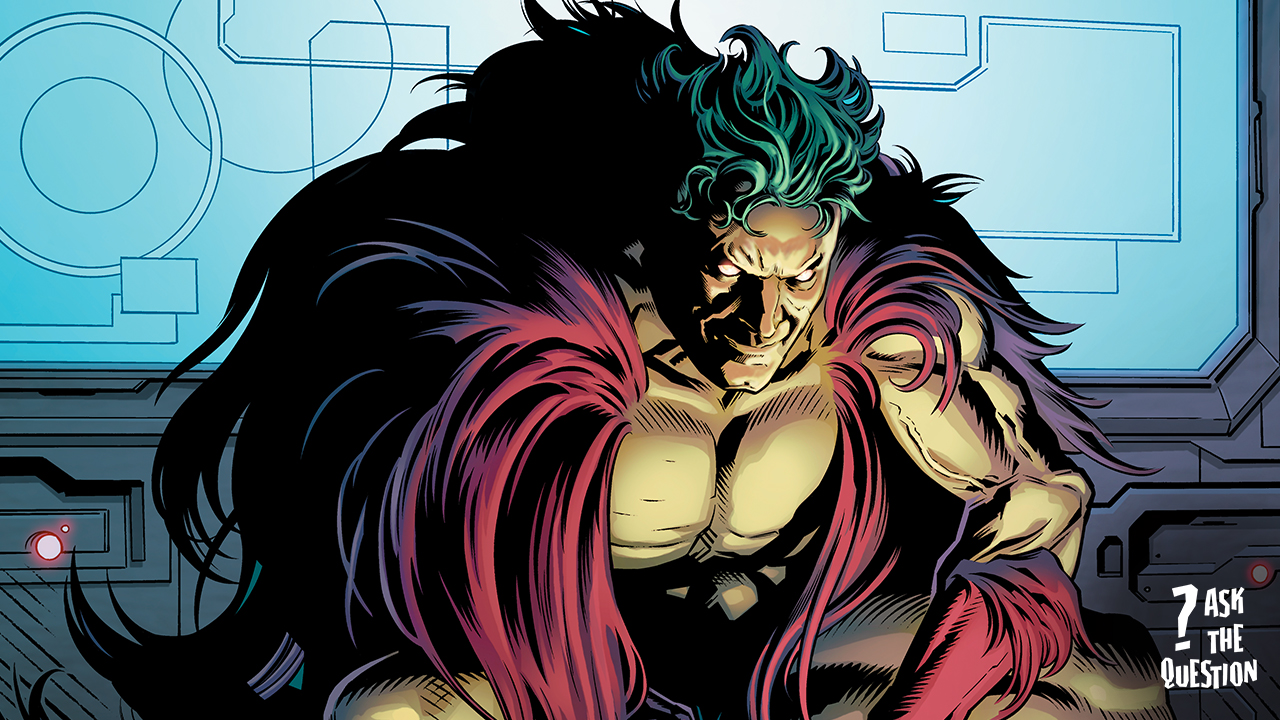 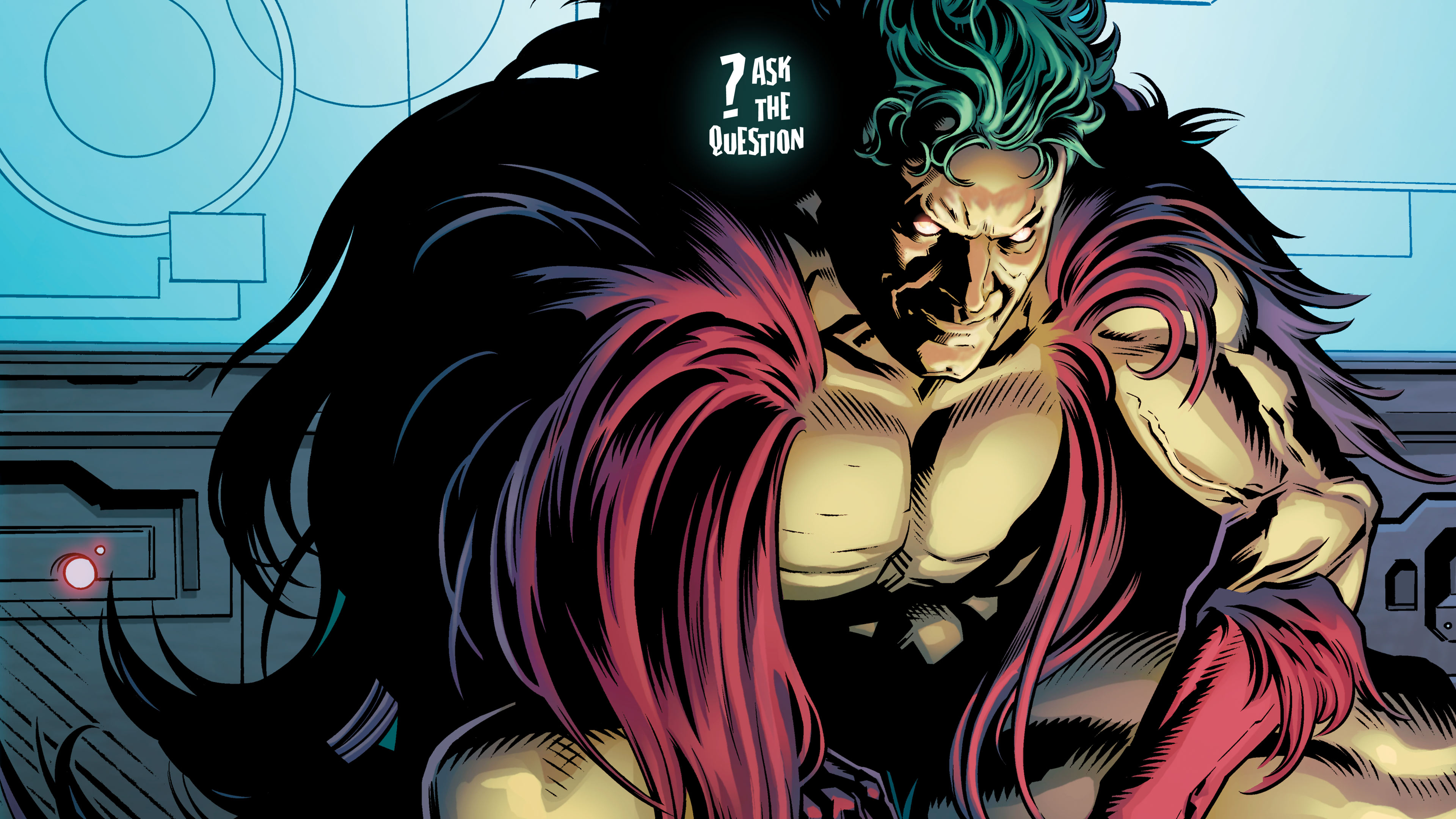 Ask...The Question: Where Does the Creeper Creep?

Hello. I’m Alex Jaffe, better known in our Community as @HubCityQuestion. I take on any question you have about the DC Universe -- no matter how granular, obscure, or strange -- and present you with an answer. This week, I’ve taken on several smaller cases as opposed to my typical large-scale projects. But no matter the size or scope, at any time you may present your inquiries by posing them to me in this thread in the Community. And every week, I will be here to address the most intriguing of these cases to the best of my ability. All YOU need to do... is ask The Question. 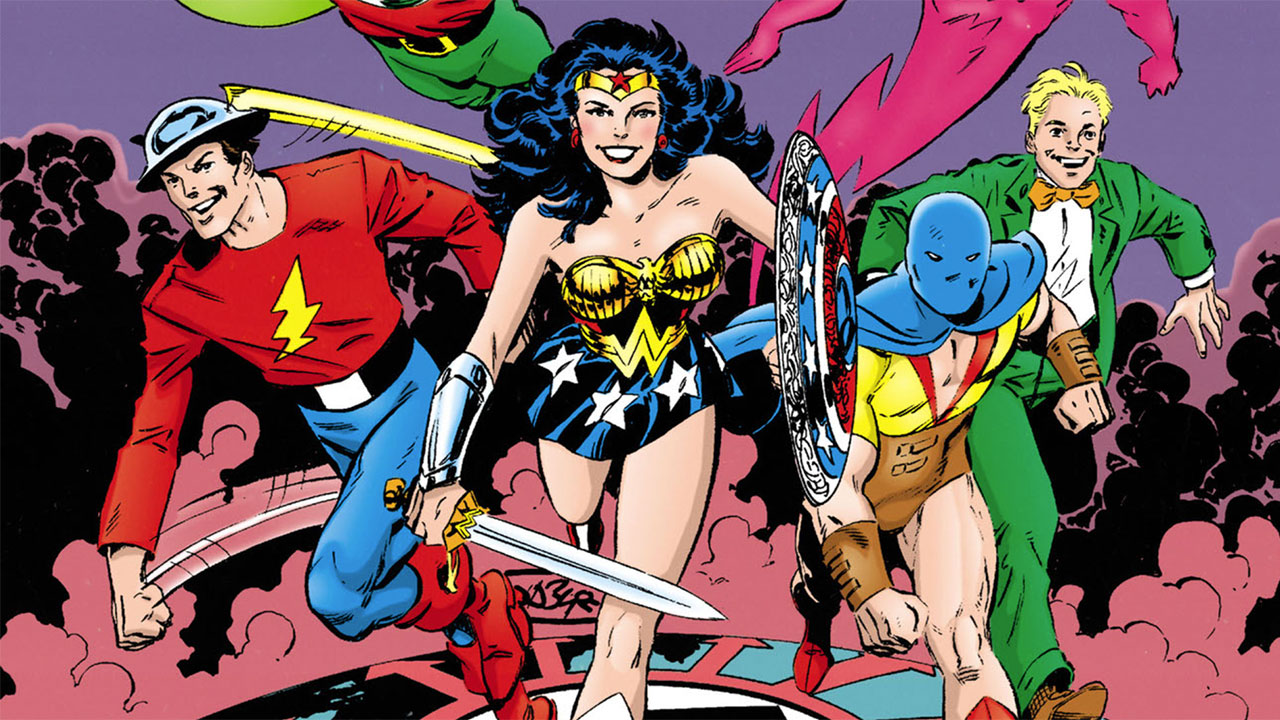 “In Len Wein's 'Legacies,’ why was Wonder Woman left out of JSA history? Seems to me that John Byrne did a pretty fair job of reestablishing her back into Golden Age continuity.”

From 2010 to 2011, DC published an ambitious 10-issue series which took a look at the entire recorded history of heroism in the DC Universe from unique perspectives. Such a monumental effort, of course, would require a legendary talent. So who better than Swamp Thing creator Len Wein, who as editor oversaw the continuity streamlining which took place in the wake of ‘Crisis on Infinite Earths’? The series, which placed particular thematic importance on the passing of the heroic torch from one generation to the next, was titled ‘DC Universe: Legacies.’

With that purpose in mind, the omission of Hippolyta’s role in the JSA as Wonder Woman seems particularly conspicuous. Sadly, Len Wein has passed, so the reason for this absence from ‘Legacies’ must be relegated to speculation. But I can posit a theory of my own: when DC was rebooting the Wonder Woman title in 1987, it was Len Wein himself who scripted George Pérez’s plots. This intimate familiarity with that particular version of Wonder Woman’s history is likely what most informed his take on her past in ‘Legacies.’

What a Tangled Web 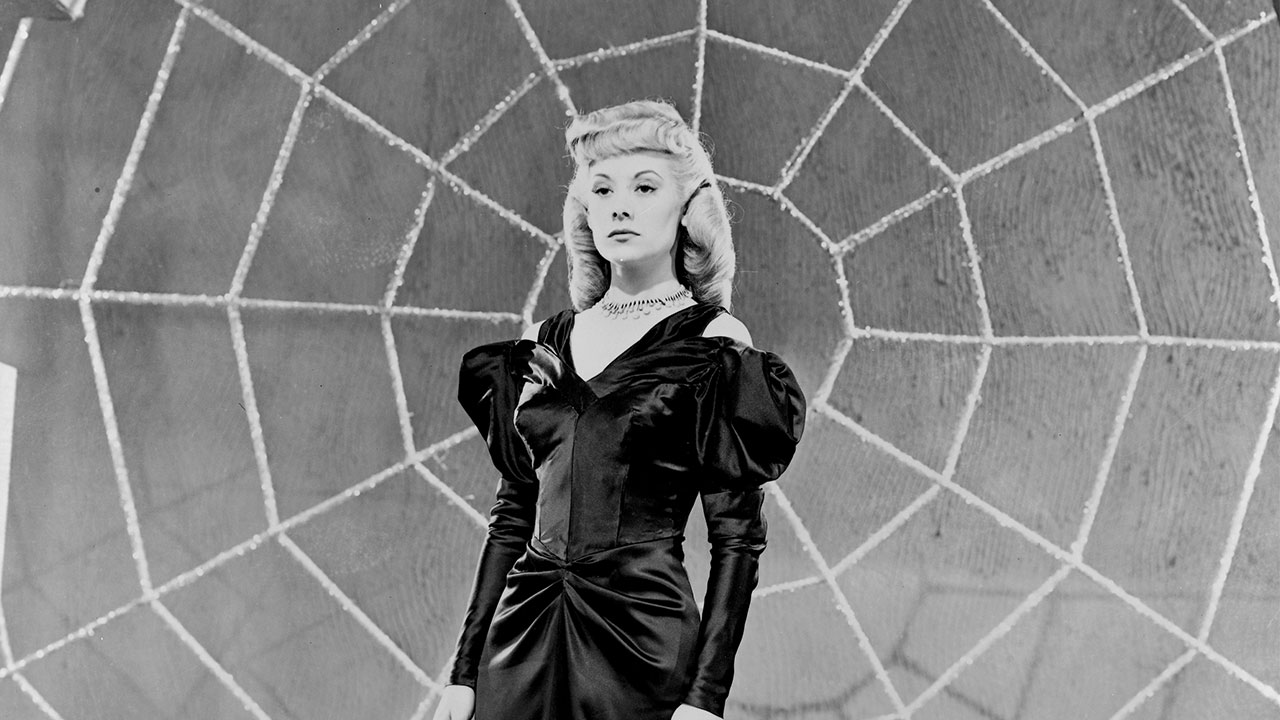 “Has Spider Lady from the Superman serial ever appeared in print? Campy as she is, I kinda dig her.”

Never in print, I’m afraid. But it may surprise you to learn that the Spider Lady’s origins are not in film, either. The Spider Lady was originally the Scarlet Widow, a recurring villain from the popular Superman radio serial of the 1940s. In fact, the Scarlet Widow’s original storyline, which ran from September to October in 1945, was used as a loose basis for the film serial three years later. One major difference between the Scarlet Widow and the Spider Lady is that the Widow was described as a physically hideous old woman, where the Spider Lady, as played by Carol Forman, is young and beautiful -- although no less dangerous. The casting can perhaps be explained by the fact that Forman played a very similar villain to the Spider Lady one year prior, in Republic Features’ 1947 film serial ‘The Black Widow.’ (Subscribers can watch Carol Forman plan whatever a spider plans in the 1948 'Superman' film serial, right here on DC Universe.) 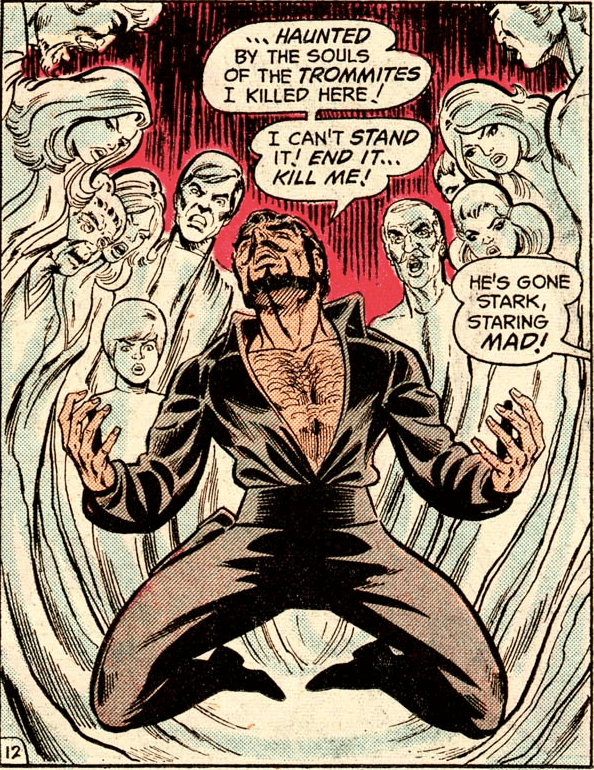 “There is an issue of [Legion of Super-Heroes] (Bronze Age) where Element Lad goes back to his home planet and is confronted by all the ghosts of his people. Do you know the issue number?”

I wasn’t able to find any such issue which depicts exactly what you describe. I think, however, I can still be of assistance. In ‘Superboy and the Legion of Super-Heroes’ #211 (1975), the space pirate captain Roxxas the Butcher is haunted by the ghosts of all those he killed on Trom, leaving Element Lad its sole survivor. In penance, Roxxas seeks his death at the young hero’s hands, leading to a final showdown on the matter-transmuting Legionaire’s desolate homeworld. This particular issue hasn’t made its way into the archives just yet, but I’ll bet my flight ring that our intrepid digitizers should have it for us before the 30th century.

Is There a Doctor (Occult) in the (Haunted) House?

“What is the significance of this picture?”

Why, that’s a panel from the very first Doctor Occult story, in ‘New Fun Comics’ #6! Created by Jerry Siegel and Joe Shuster in 1935 (who, three years later, would collaborate in creating Superman), the supernatural expert Doctor Occult is by most accounts the oldest original character published by DC still used by the company today. Along with his better half, Rose Psychic, Doctor Occult continues to make appearances in ‘Justice League Dark’ and ‘Books of Magic’ — and played a major role last year as headmaster of ‘Mystik U.’

“What affiliate does Jack Ryder work for? ABC, NBC, CBS? Or like a local community channel?”

In Denny O’Neil and Steve Ditko’s ‘Beware The Creeper’ #2, Ryder is first identified as reporting for local station WHAM-TV. Though the city WHAM-TV is based in is never mentioned by name in these early comics, the Creeper’s first team-up with Batman in ‘The Brave and the Bold’ #80 establishes WHAM-TV’s home as Gotham City. One imagines that if he worked for a larger network, his frequent disappearances as the Creeper would be more difficult to cover up. When your alter ego is as ostentatious as the Creeper, sometimes it pays to keep your head down. 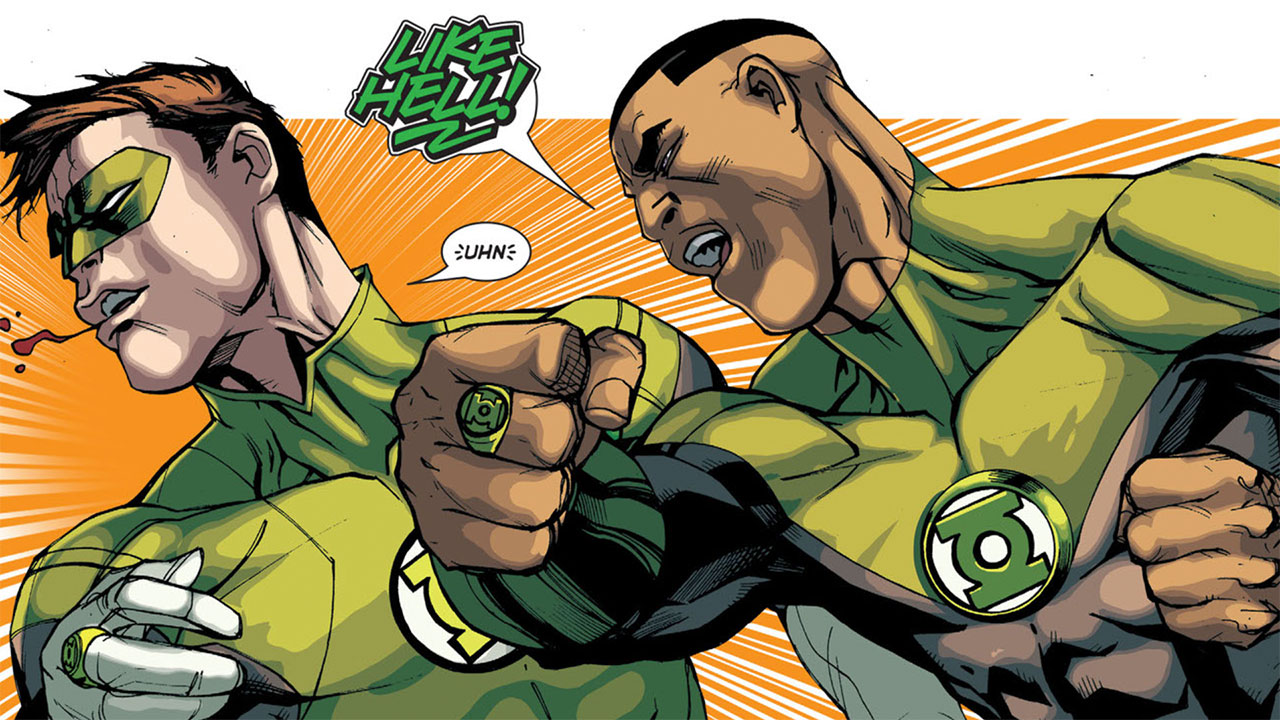 “I’m not sure if this has been settled already, but who would win in a battle between Hal Jordan and John Stewart?”

John and Hal have never gone all out against each other, and considering the bond between them as Corpsmen it’s hard to imagine they would ever do so willingly. John’s belted Hal in the face once or twice, sure, but never when Hal was at his best, or most willing. If he were, it would be a different story. Since Geoff Johns took the reins in 2004, Hal Jordan has been inextricably linked to the appellation of “The Greatest Green Lantern.” As a Green Lantern, your power is only as good as the will you can put into it, and no Lantern is as willful as Hal. Of all the Green Lanterns, only Jordan has been able to forge his own ring out of pure willpower — a feat of which, before him, only the Guardians themselves were thought capable. It’s open for debate whether John is a better soldier, tactician, or even a better leader, but in a straight out one-on-one fight… well, as Parallax, Hal’s taken on the entire Green Lantern Corps and defeated them. And in his Rebirth-era series, he willed himself to become one with the green light spectrum itself to destroy War World and a Parallax-wielding Sinestro in one mighty blow. When one combatant draws their power from a wellspring of pure will, and the other can BECOME it, that’s a difficult show of power and ability to top.

Well, that’s my desk cleared off for the week… but my doors are already open for the next caseload. So if you’re curious about Catwoman, or searching for Signalman, stop by my office. You can always Ask...The Question.