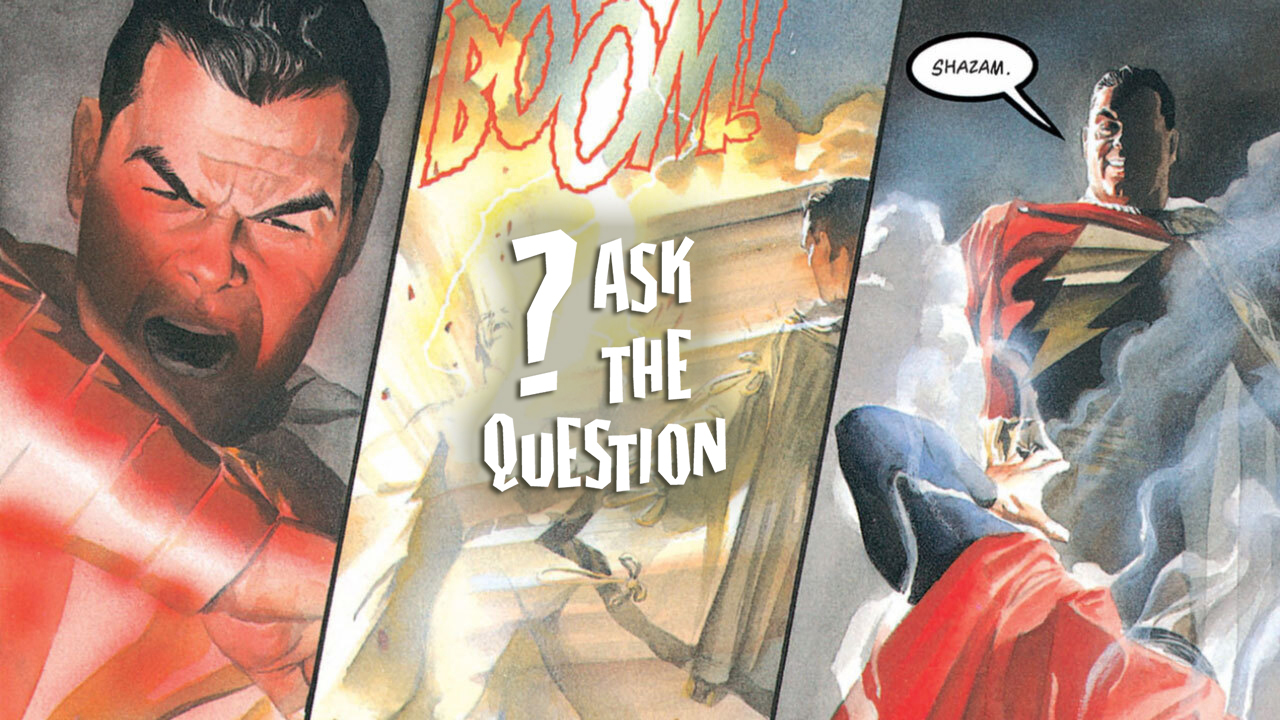 Ask...The Question: When Did Shazam First Use His Lightning as a Weapon?

GOTTA GET BACK IN TIME 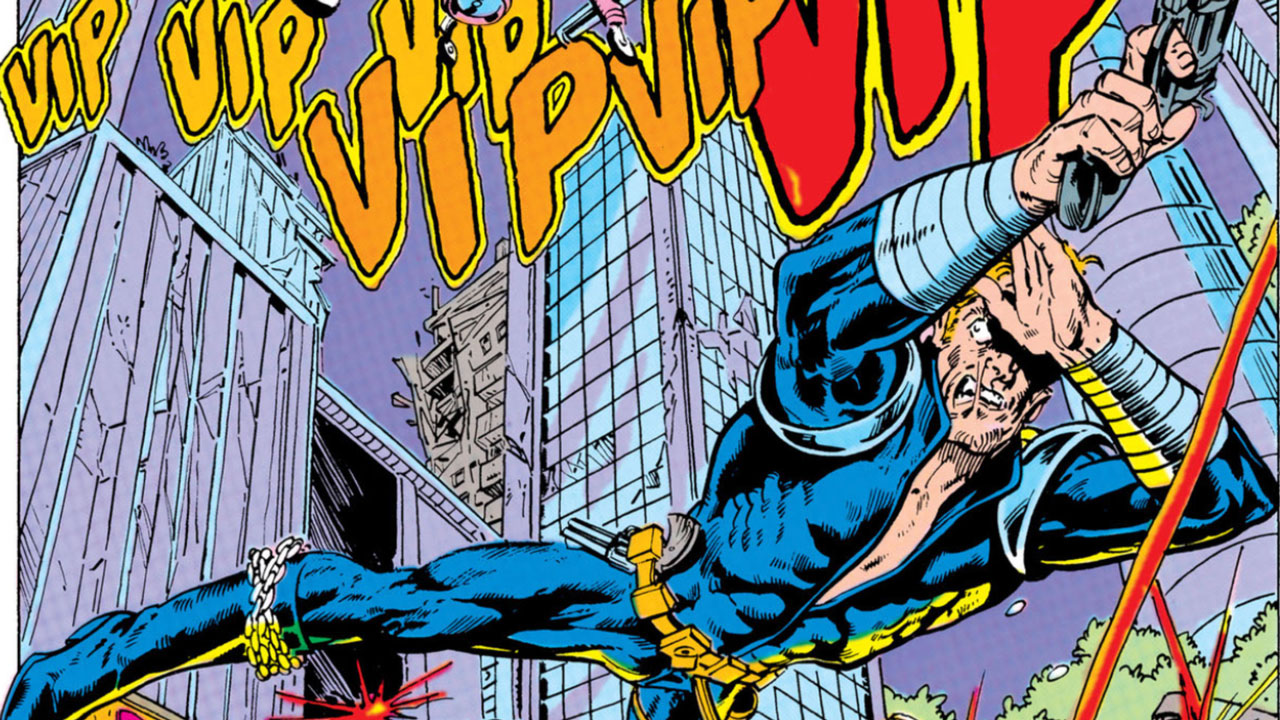 “How the hell did Jonah Hex ever get back to the old west, from the post-apocalyptic future? Have I missed something here Q? Or is that story yet to be written?” -Wrightline

Jonah Hex is famously a man of few words, and fewer offered explanations. In 1985, Jonah Hex appeared as the star of the post-apocalyptic HEX series, where the prestigious gunfighter was abducted by time travelers into a blighted future to fight on behalf of one of the remaining roving gangs. Jonah escaped that fate, and spent 18 issues exploring what became of the ruined world -- even discovering his own stuffed corpse in an amusement park. But while it’s known that Hex did eventually return to his original time period after this 18-issue escapade, how he made the trip back has never been shown to us. The closest we’ve seen to an explanation came in 1987’s SECRET ORIGINS #21, in an interview with Jonah Hex’s second wife, Tall Bird -- and all she would say is that Jonah never liked to talk about it. Maybe some secrets aren’t meant for us to know. 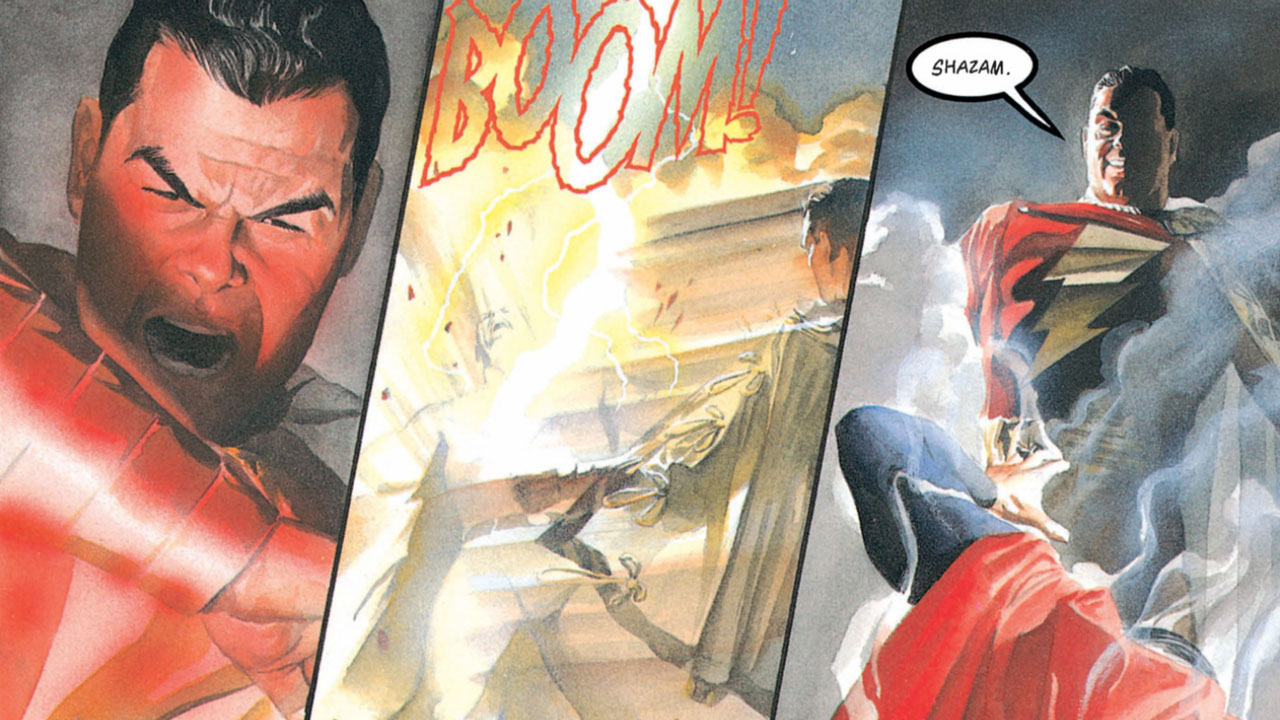 “When did Shazam (or Captain Marvel, if you will) first use his lightning offensively? I know it became a more common practice after the New 52, but I’ve seen examples of it happening before that (the JLU episode “Clash” for instance). And who threw lightning first: Flash or the Big Red Cheese?” -TornadoSoup

As Captain Marvel or Shazam, throwing lightning isn’t something Billy Batson does too often. He’s a good kid who prefers to keep violence to a minimum. But when called for, we know he’s capable of bringing the thunder. Billy’s most famous exhibition of weaponized magic lightning occurred in the climax of KINGDOM COME, and it’s been part of his repertoire ever since. But to my knowledge, the first time Billy ever used lightning offensively was in 1976’s JUSTICE LEAGUE OF AMERICA #137, to jolt Superman out of a mind-controlled rage.

As for The Flash, it may surprise you to learn that Barry is a relative newcomer to the lightning toss game. From his tragic backstory to many of the powers which define him in the modern zeitgeist, a whole lot of the current cultural conception of Barry Allen can be traced back to 2009’s THE FLASH: REBIRTH. (And the rest is stuff that actually happened to Wally West, but you didn’t hear that from me.) 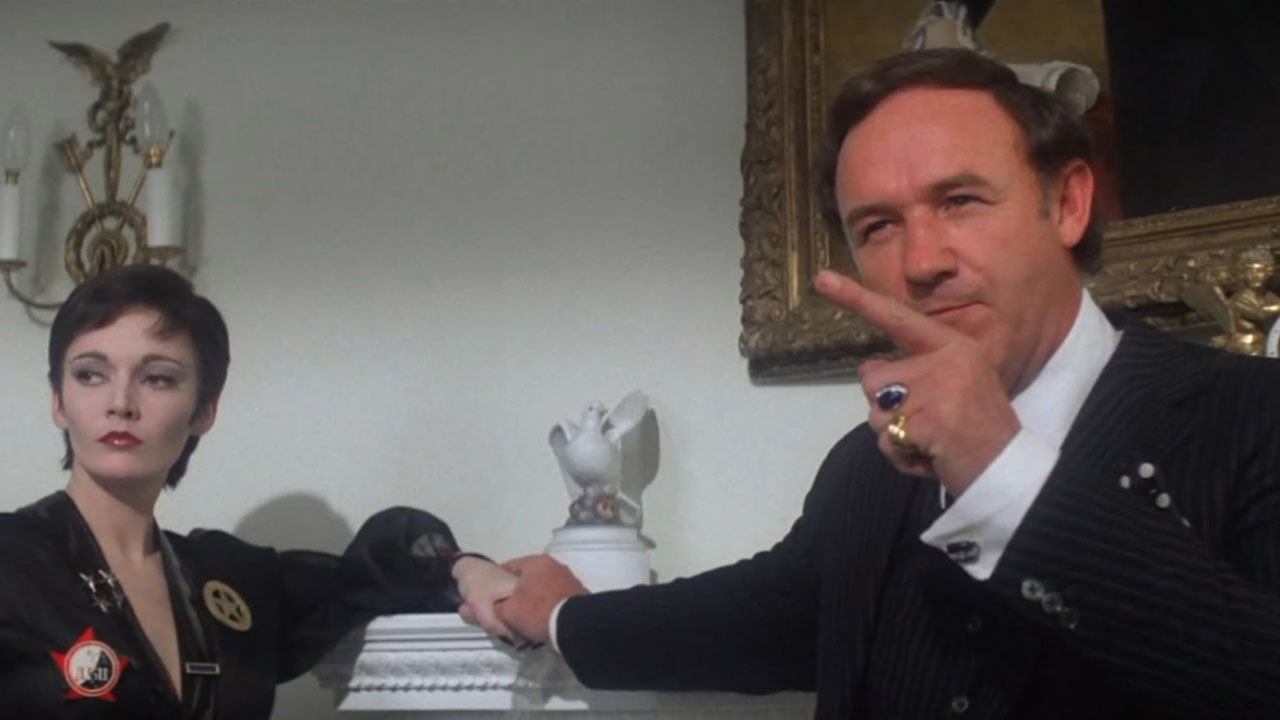 “How does Lex Luthor feel about General Zod? Did they ever team up? Does Luthor hate him? What about other evil Kryptonians?” -Green_Loontern

Luthor and Zod’s most famous team-up would have to be the 1980 film Superman II, where Luthor agrees to throw in with Zod’s conquering force in exchange for Australia -- or, if it counts, Luthor using Zod’s body as the template for Doomsday in 2016’s Batman v Superman: Dawn of Justice. But in the comics, Luthor’s enmity for Kryptonians is all-encompassing. If anything, Zod represents to Luthor the worst case of what Superman may become should he ever tire of playing savior, and stands as an example of everything he fights against in the name of humanity’s supremacy.

The very first encounter between Luthor and Zod was told in a two-part story in 1963’s ACTION COMICS #297-298, where the greatest criminals of the Phantom Zone -- General Zod, Jax-Ur and Jor-El’s evil cousin, Kru-El -- escaped the Zone thanks to Supergirl’s Silver Age nemesis, the Kandorian scientist Lesla-Lar. With Superman otherwise occupied on a time-traveling adventure, Supergirl had no choice but to turn to Lex Luthor for help, for the sake of their shared concern for his imperiled sister, Lena.

After CRISIS ON INFINITE EARTHS, hostilities between the houses of Luthor and Zod ran no cooler. In 1988’s “Supergirl Saga,” Superman travels to a pocket dimension where an alternate Zod and his allies have completely taken over the planet, and only Luthor stands as the leader of a ragtag resistance against his rule.

In the early 2000s, a different incarnation of General Zod -- a Kryptonite-radiated human from the former Soviet country of Pokolistan -- rose up to oppose Luthor during his presidential campaign. This time, Luthor teamed up with Superman himself in order to defeat this foreign national Zod.

The fact that these Zods are from alternate realities or feature non-Kryptonian origins is no coincidence: after CRISIS ON INFINITE EARTHS, almost 20 years passed under the edict that Superman should be the one and only “Last Son of Krypton” in primary continuity. The true Kryptonian General Zod only returned from the Phantom Zone in 2006’s “Last Son” storyline, with an army behind him. Not only did Luthor join forces with Superman to protect Earth on that occasion, but so did the majority of Superman’s rogues gallery. It seems like if there’s one opportunity to convince Luthor to fight with the good guys, it’s when it entails smacking a Kryptonian down.

That’s going to do it for this edition of our little column, but I’ll be dispensing pearls of wisdom all week long at my home base in our Community. Whether you have a quick one or a case requiring a full-blown dissertation, I’ll put each of them to the test. It all begins when you ASK… THE QUESTION.