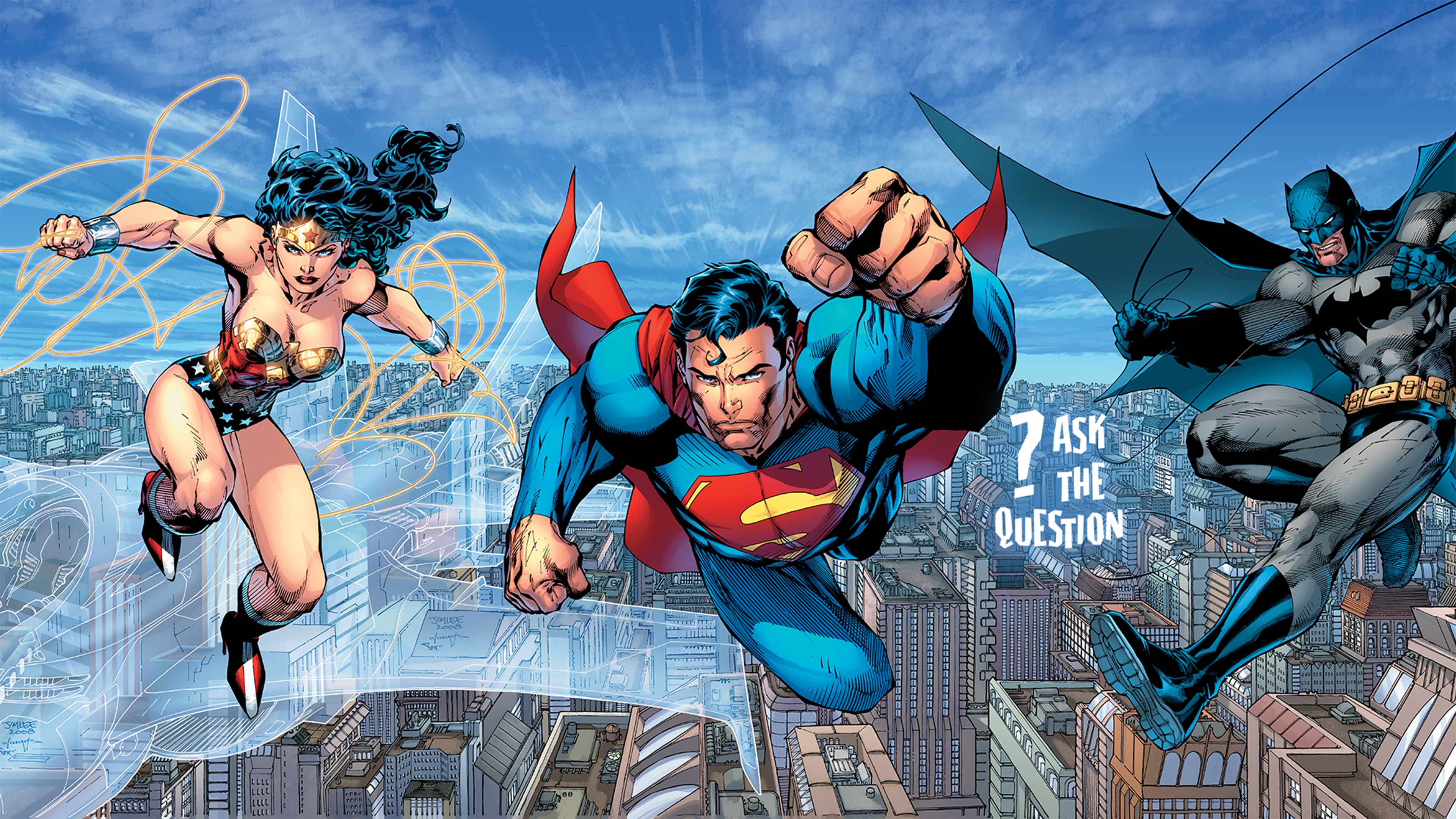 Ask...The Question: When Did the DC Trinity Become a Thing? 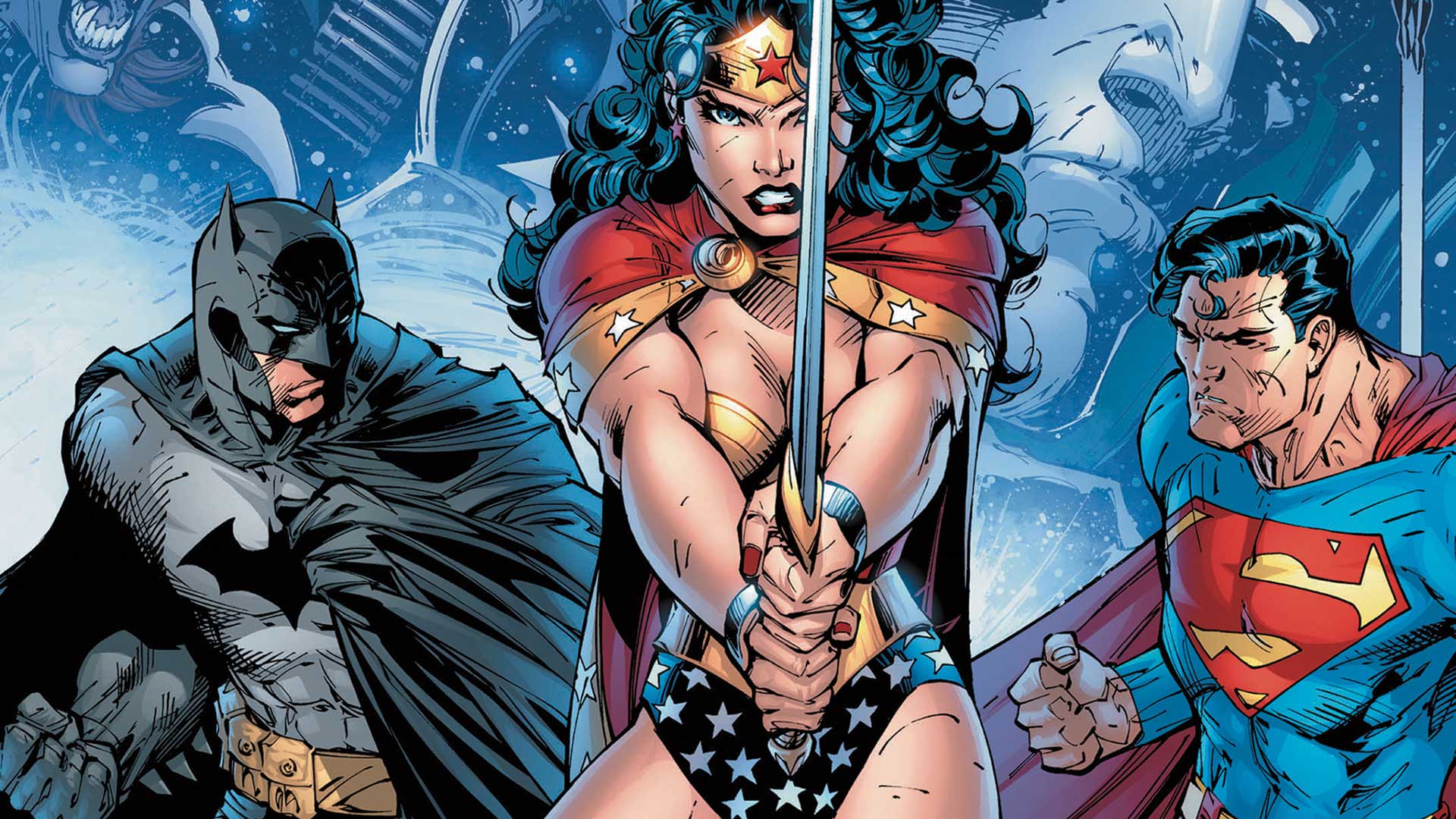 “How did the term ‘DC Trinity’ come about? When did that trio become a thing? Was it a development that happened gradually over time, given that they are, arguably, the three most popular DC characters? Or was there a specific story that cemented Superman, Batman and Wonder Woman as the DC Trinity?”

Well, moro, here’s the big secret: the vaunted “Trinity” of Superman, Batman, and Wonder Woman is actually a relatively new concept. For the vast majority of DC history, these three standard-bearing heroes would never cross paths in a group without the rest of the Justice League of America to provide a buffer. Sure, Wonder Woman would team up with Superman or Batman on very rare occasions individually, but she was never as close to either hero as the “World’s Finest” were to each other until quite recently.

The first documented adventure featuring the iconic trio didn’t occur until 1985’s Superman Annual #11, the now classic tale “For the Man Who Has Everything,” where Batman, Robin, and Wonder Woman help release Superman from the clutches of Mongul’s Black Mercy.

("Why don't we do that more often?” Superman asks Wonder Woman as the adventure concludes.  "I don't know. Too predictable?" she responds, after giving him a birthday kiss.)

Even after that point, it was still rare to see the trio together. The first reference to them as DC’s “Trinity,” as far as I’ve been able to discover, was in Wonder Woman #140-141, for a story arc titled “Trinity ‘98”. There, Wonder Woman, Batman, and Superman are reunited in a psychological battle against… her invisible plane.

It really wasn’t until 2003 that the “Trinity” sobriquet fully caught on, with the launch of a limited series by the same name, written and illustarted by Matt Wagner, telling a retroactive origin story of how the three first came to meet one another. It was after that point, in the lead-up to Infinite Crisis, that Superman, Batman, and Wonder Woman came to be fully established as the three pillars which supported the DC Universe… mainly as defined by their notable absence in 2006’s 52. Upon their return, the now universally recognized Trinity reunited as the essential core of a newly reformed Justice League. Ever since, the Trinity has remained united in their respected position as the most essential figures in DC iconography. Well, them and Harley Quinn, I guess. 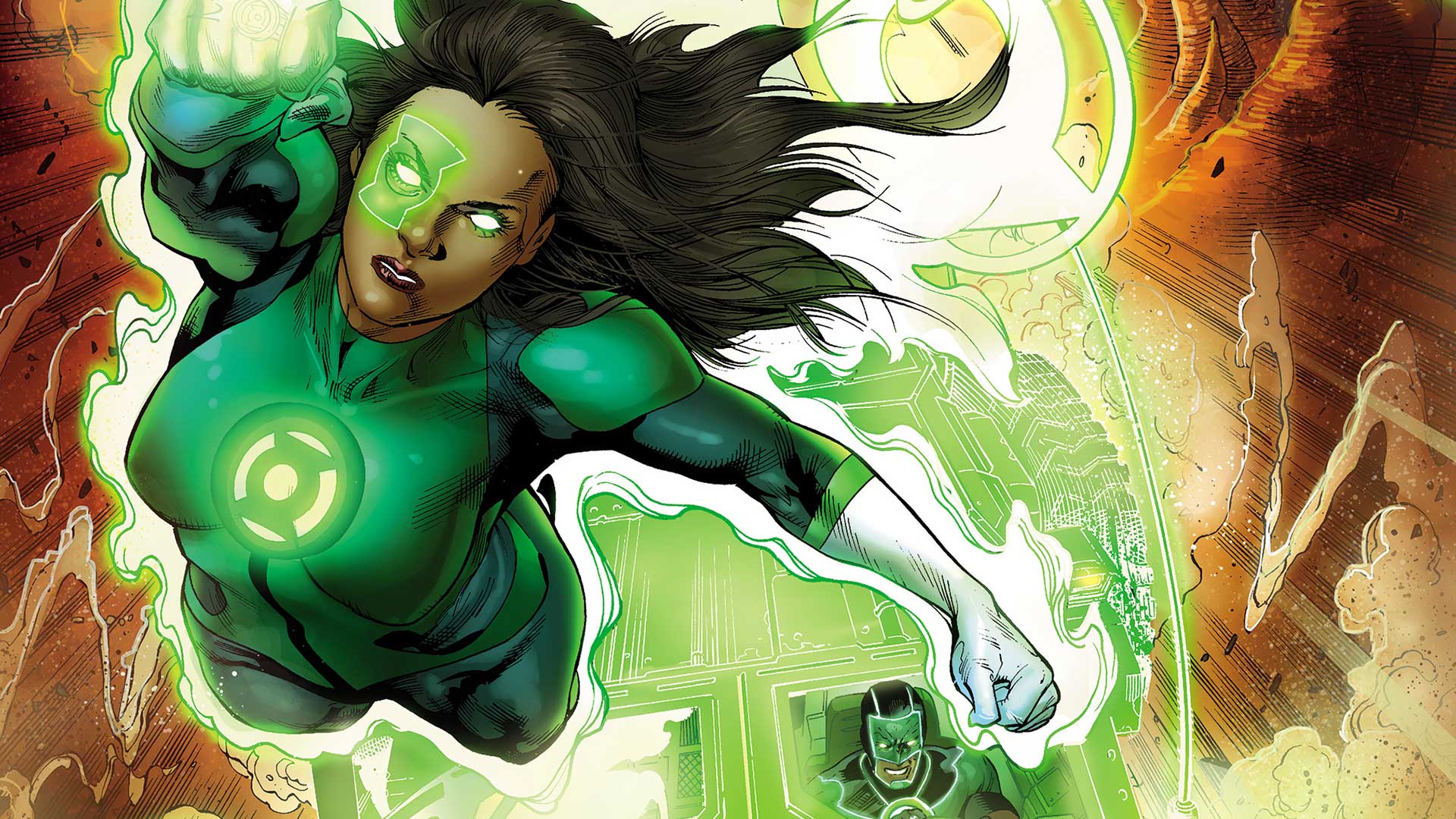 “Are there any popular heroes who have never gotten their own standalone series?”

To answer this, we’re going to have to define the terms “popular” and “standalone series.” The second part is easier: to qualify as a standalone series, the comic title must feature that particular character without sharing billing with any teams or co-stars. It doesn’t matter if it’s an ongoing series, or a limited series. As long as it ran for 2 issues or more, it counts.

“Popular” is more difficult. Originally, I compiled a list of the most prolific DC heroes yet to earn their own solo title, but that’s not quite the same thing as popularity. Perry White, for instance, is one of the most frequent reoccurring characters in the DC Universe, but nobody would call him one of the most popular.

So, I consulted an online poll from a third party website where the most popular DC heroes were voted upon, factoring in 34,800 votes and counting. I’m confident that’s a large enough sample size to determine who the most “popular” heroes are.

With these factors in mind, here are the ten most popular DC heroes yet to receive their own standalone series.

Thanks to the double act at the core of their concept, neither Hawk nor Dove has gotten much opportunity to shine as their own hero. While they’ve had 5 different leading titles together, it seems unlikely that either one of them will ever get a solo bill -- even with a popularity boost thanks to DCU’s Titans.

The powerful and protective Big Barda is a fan favorite amongst Jack Kirby’s New Gods. But between her supporting role in 4 volumes of Mister Miracle, and even as a lead in the recent Female Furies, Barda has yet to receive her solo due.

One of the most popular characters in the “Arrowverse” collective of live-action television series, this sister to Black Canary and captain of the Waverider crew… simply doesn’t exist in the comic book universe. While there have been comic book tie-ins to the “Arrowverse” titles in the past, they’re pretty rare these days. So unless some enterprising creative team is getting ready to introduce her to the DC Universe, a solo series may be a ways off for now.

This HIV+ former underage sex worker turned Super Hero was introduced in Kevin Smith’s turn-of-the-century run on Green Arrow as Oliver Queen’s newest sidekick. It’s been a while since she was in the comic book spotlight, but she still has her loyal contingency of fans -- even providing inspiration for two major Arrowverse characters, Oliver’s sister Thea Queen, and his daughter/successor, Mia Smoak.

Stargirl is one of DC bigwig Geoff Johns’ favorite creations, not to mention the upcoming star of her own DC Universe series, so it’s kind of surprising she hasn’t had a solo comic yet. But the facts are that she was first introduced in 1999’s Stars and S.T.R.I.P.E., a title which split the billing with her stepdad, and thereafter migrated to feature in team books.

Jessica Cruz really deserves to be closer to #1 on this list, but I guess she made the cut so I can’t complain. Despite being the best character DC’s created in the last 10 years, Jessica debuted in Justice League, went on to the split-billed Green Lanterns, and currently leads the team book Justice League Odyssey.

With his old-school, rough-and-tumble, never-say-die attitude, Wildcat is a favorite amongst the original members of the JSA. But while he’s split billing before on limited series with Batman and Catwoman, he’s yet to hoist his own title. Which, considering he was first introduced in 1942, isn’t just surprising at this point -- it’s downright impressive.

This breakout leader of the animated Young Justice crew has been lurking in the comics since a little before his on-screen debut, but is only just recently finding regular representation in the Aquaman comic supporting cast. He’ll be starring in his own original graphic novel, You Brought Me the Ocean, on bookshelves this summer. Buuuut, a graphic novel is not a series. Sorry, Kaldur.

The son of Superman and Lois is by far the most beloved new character from the DC Universe, making his official debut in 2015’s Convergence: Superman #2. Since then, the young Superboy has grown up in his father’s shadow in Superman, formed an iconic frenemyship with Damian Wayne in Super Sons, and currently provides a reader surrogate point of view as the newest inductee to the Legion of Super-Heroes. So while he’s been quite busy, the Boy of Steel has yet to feature in his own solo title. But I have a feeling that won’t be the case for long. 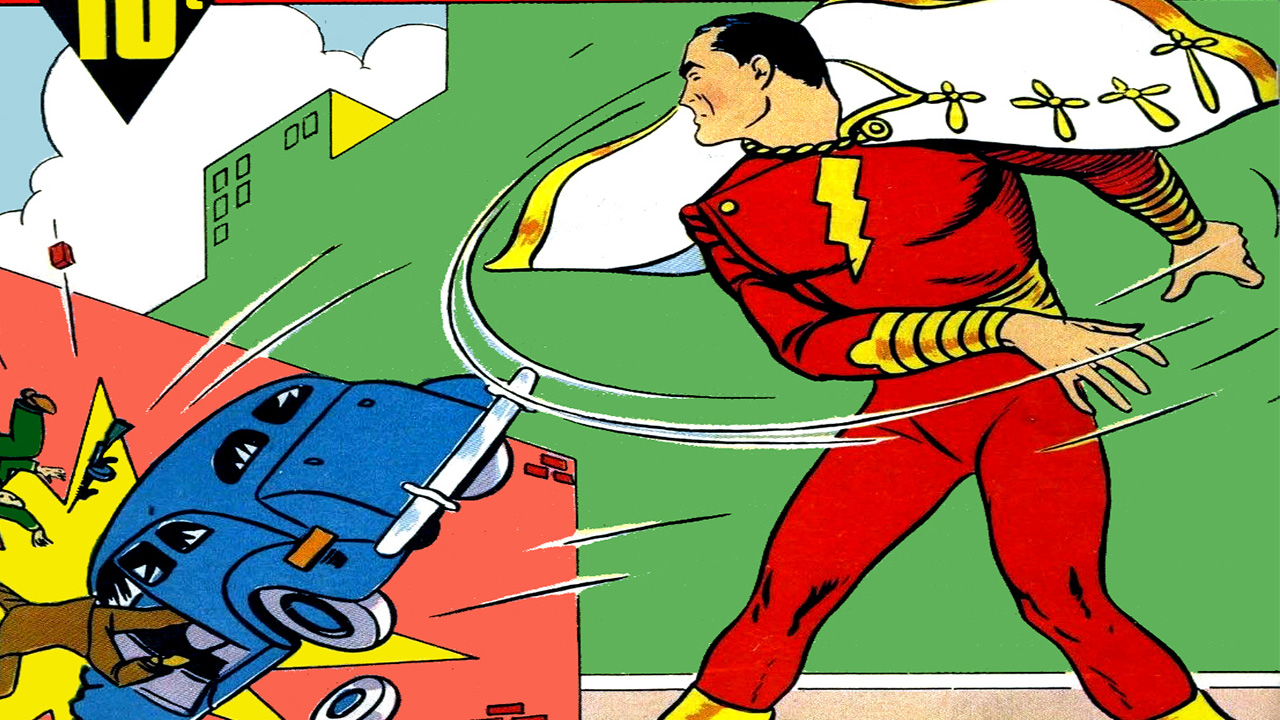 “Captain Marvel, more commonly known today as Shazam, first appeared in 1940 in Whiz Comics #2, published by Fawcett Comics. However, there was no Whiz Comics #1. So what happened to this lost issue of the Big Red Cheese’s first series?”

The existence of the character we know now as Shazam has been suffering as the subject of copyright and trademark claims and infringement suits practically as long as the medium of comics has existed. So it shouldn’t surprise you to discover that this dates back to his very beginnings.

While the first official appearance of “Captain Marvel” is in Whiz Comics #2, that was actually the second draft of the character. The first, Captain Thunder, debuted in the lost previous issue: Flash Comics #1. But in a double stroke of misfortune for publishers Fawcett Comics, they discovered just as they were going to print that both “Flash Comics” and “Captain Thunder” were trademarks owned by other companies at the time. So Flash Comics 1 was scrapped before it could ever reach wide publication, and Fawcett started over with the retitled, but not renumbered, Whiz Comics #2, and their renamed central character, Captain Marvel. (Retitling series without renumbering them was common practice at the time, you see, and even DC was known to do it. Today, of course, the reverse of renumbering without retitling is far more common.)

I mean, think about it: if you’re coming up with a title for your flagship comic book series, whose FIRST choice is going to be “Whiz”?

And that’s all we have time for today. Come back next week when it will be my pleasure to address more of the cases brought to me right here in the DC Universe Community. All you need to do is ASK… THE QUESTION.