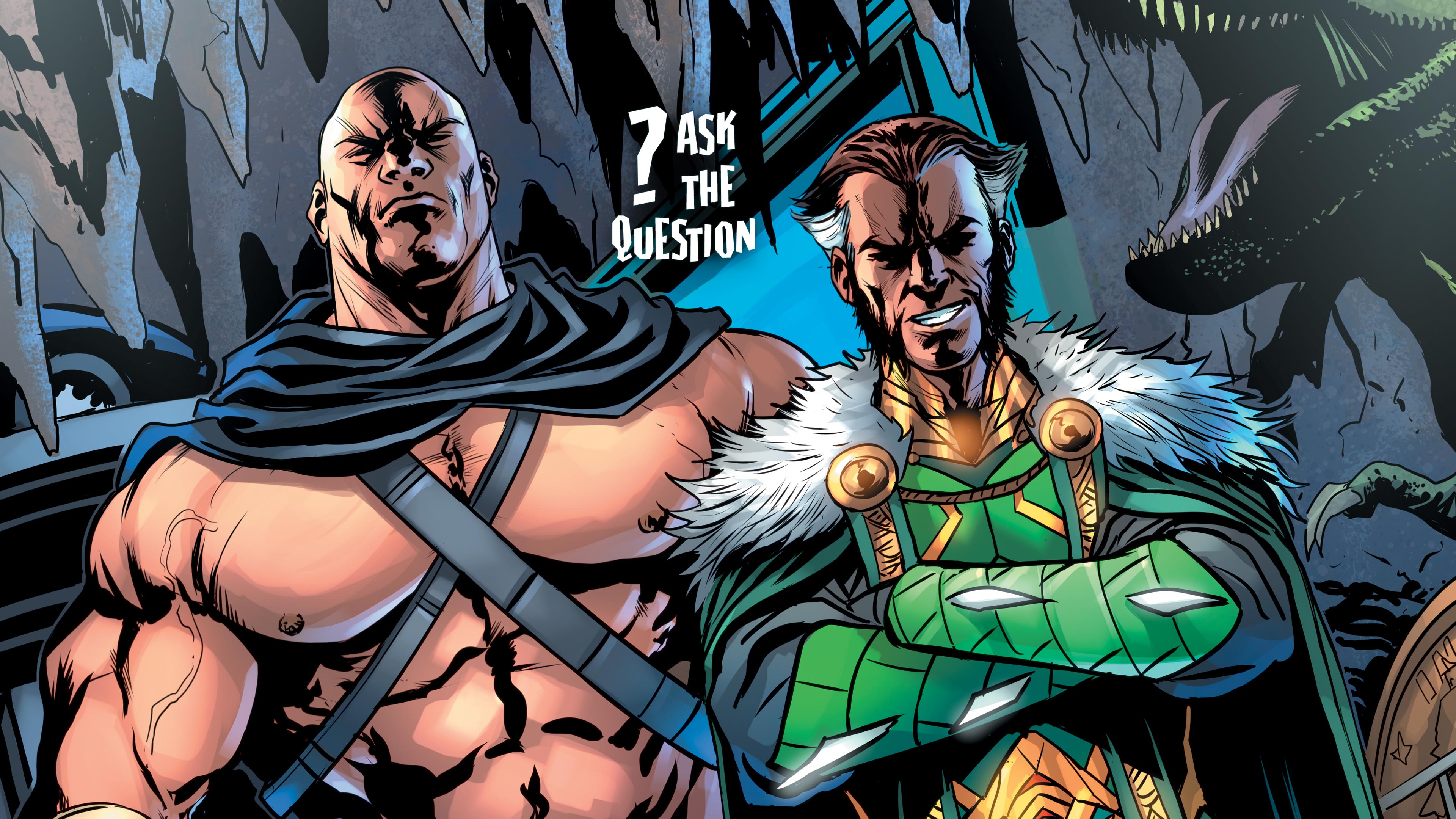 Hello. I’m Alex Jaffe, better known in our Community as @HubCityQuestion. My personal mission: to take on any question you have about the DC Universe -- no matter how granular, obscure, or strange -- and present you with an answer. As a faithful steward of the truth, I’m here each week to address these inquiries. My office is currently closed for renovations, so I’ll be addressing some of our backlog of cases until Community Week has us up and running once more. Nevertheless, I remain at your disposal every week to address the most intriguing of these cases to the best of my ability. All YOU need to do is ask… The Question.

Ra's to the Occasion 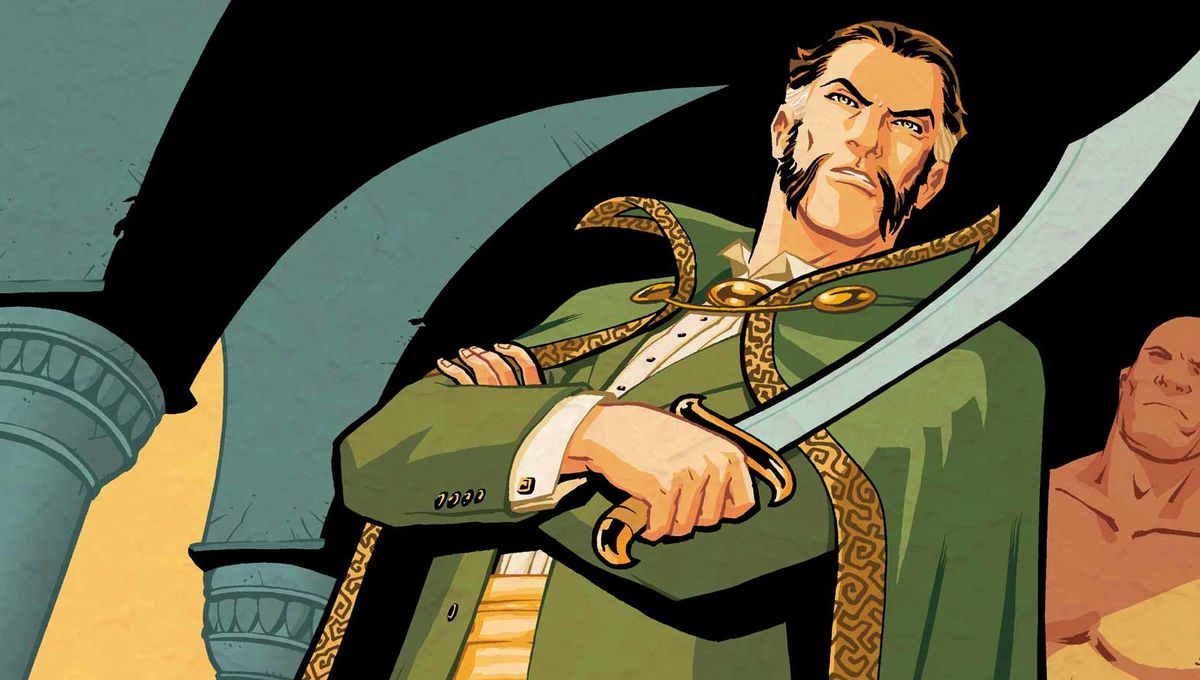 “So how did Ra’s become Ra’s? Are there any origin stories for Ra’s and if any exist, where might one find them? (Somehow, I’ve got the feeling the answer is zero or multiple.)”

As one of Batman’s greatest foes, the origin of Ra’s al Ghul has been told and retold a number of times across the ages. Though newer comics apparently place his birth more recently, most origins go back over six centuries.

This story is first told in Dennis O’Neil and Norm Breyfogle’s 1992 graphic novel Batman: Birth of the Demon, but has been revisited in 2007’s Batman Annual #26, and again in 2013’s Ra’s-focused “Villains Month” tie-in to Batman and Robin.

Scion to a Central Asian tribe of nomads in North Africa, the birth name of Ra’s al Ghul has been lost to time — though before he was the Demon’s Head, he was known as “The Researcher.” As The Researcher, Ra’s was a renowned physician at the forefront of groundbreaking work in the field of medicine. Fame, fortune, and even love, as given to him by his wife, Sora, were all his to enjoy.

But The Researcher’s fate took a dark turn, the day that the Sultan asked The Researcher to find a cure for his ailing son, the prince. No known medical treatment could better his condition, which continued to worsen... until The Researcher put into practice a technique far older than he, in an experimental procedure to restore the prince: The Researcher would build a Lazarus Pit, a mythical pool which legend told could even restore the dead to life, and submerge him in its mystic waters.

The treatment was a rousing success… with one unforeseeable side effect. When the prince emerged, he was struck with homicidal madness, and brutally killed Sora, The Researcher’s wife.

Rather than hold his son accountable, the Sultan held The Researcher himself responsible for the death. And rather than reward him for bringing his son back from the brink of death, the Sultan exiled him from his city.

The Sultan was ungrateful for the gift of life given to his son. So The Researcher decided he would take it back. On his own, The Researcher perfected the art of germ warfare, and spread a pox across The Sultan’s city, taking its riches for himself as the inhabitants fell in the streets. The world, as the Researcher now saw it, was a place of evil. A hateful, ungrateful demon. And if that was so, then The Researcher would be its head. Such is the story of Ra’s al Ghul. 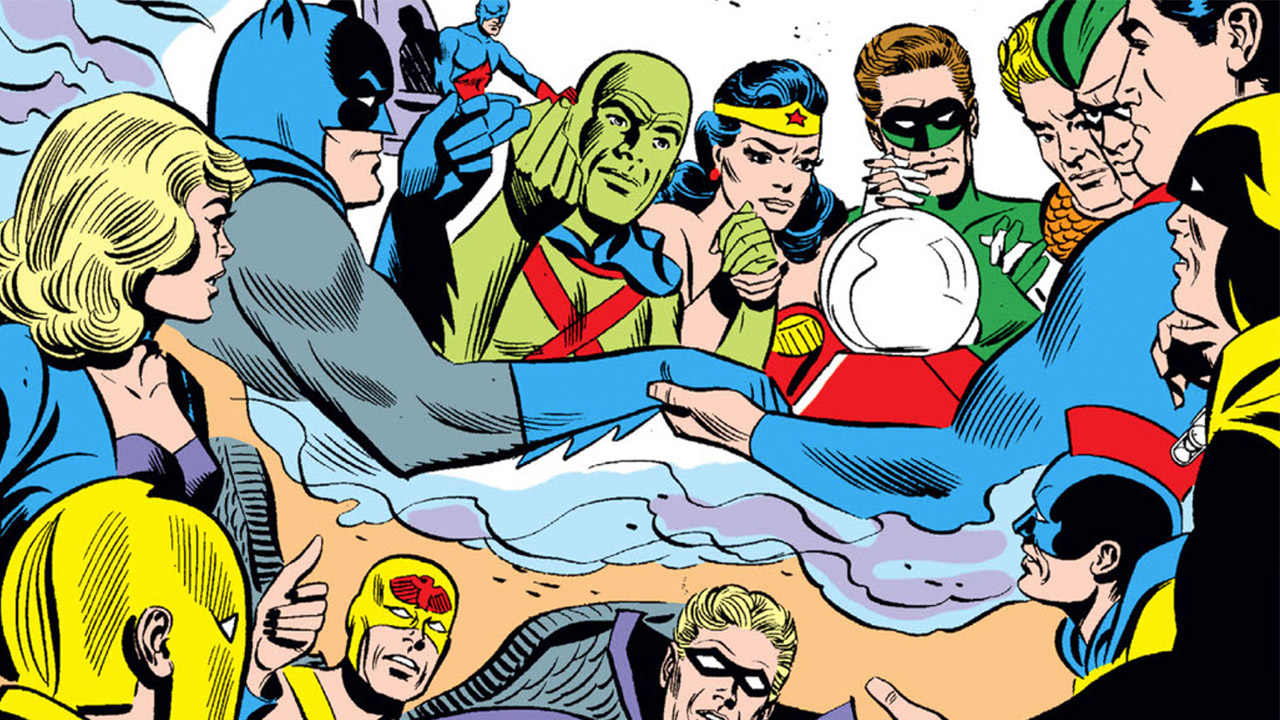 “What’s the longest running side universe?”

Great question, DC Daily’s own Amy Dallen! In fact, it was one that I had the pleasure of beginning to hash out with Amy herself not too long ago, at the #DCUHQ during New York Comic Con.

DC continuity is well known for its curated collection of Earths within a larger multiverse, though some are more storied than others. Ms. Dallen proposed a compelling hypothesis that of all the Earths outside of the mainstream continuity, the most prolific would have to be the “Earth-Two” established in The Flash #123 in 1961, where the heroes of the Golden Age were recontextualized as adventurers from a separate Earth than the rising stars of the Silver Age. This iteration of Earth-Two continued well through the ‘80s under the guidance of Roy Thomas, rousing Earth-Two from dormancy by setting entire books on that world from All-Star Squadron to Infinity, Inc — until that world was retired in the wake of Crisis on Infinite Earths with the 1986 special one-shot issue Last Days of the Justice Society of America.

If one retroactively places the Golden Age stories prior to The Flash #123 on Earth-Two, then no less than 712 comics are set on that throwback Earth.

The Earth-Two concept itself was rebooted in the New 52 for the Earth 2 series, updating many of the Golden Age characters for a streamlined, modern era. This New Earth 2 made roughly 114 appearances between its launch in 2011 and soft shutdown in 2016. A trifle when compared to the original Earth-Two.

Roy Thomas alone wrote nearly 150 comics set on Earth-Two featuring the Justice Society of America, Infinity Inc., and the Young All-Stars, which continued the tale of Earth-Two even beyond Last Days. His singular vision of a living, breathing Earth-Two where new stories could be told alongside comics in regular continuity may well be considered a universe all its own.

But personally, I might argue the existence of an even larger side universe, even considering every Golden Age comic retroactively fitted within the Earth-Two canon. I’m talking about the big kahuna of all side universes: television’s own Arrowverse.

There are approximately 712 comics catalogued within the Earth-Two continuity. Just in case there were any I missed, let’s call it an even 800. Depending on your speed, general consensus is that an average length comic book takes between five and fifteen minutes to read. Let’s split the difference and call it ten, shall we? I think that’s fair.

If you were to shotgun every single comic set on Earth-Two, then, it would take you 8,000 minutes to complete your journey through Roy Thomas’s Golden Age Earth — or 133.33 hours.

The Arrowverse, on the other hand, is comprised of six television programs which have been running since Arrow began in 2011: Arrow, The Flash, Supergirl, Legends of Tomorrow, Black Lightning, and Batwoman.

For argument’s sake, let’s discount Supergirl and Black Lightning, as those programs technically take place on separate worlds within the same television multiverse.

On average, an Arrowverse episode runs for 42 minutes. As of this writing, there have been 161 episodes of Arrow, 116 episodes of The Flash, 67 episodes of Legends of Tomorrow… and 2 episodes of Batwoman. That’s a total of 346 episodes, 14,532 minutes, or 242.2 hours. (This is discounting the several comic book tie-in series and novels also set within this universe.) And with more episodes coming out every week, the Arrowverse is on track to double the content of Earth-Two continuity very soon.

But hey: we could make the argument that the REAL winner is the ever-changing, always updating Massively Multiplayer Online Role Playing Game DC Universe Online, which technically provides players with INFINITE hours of content. Though as far as comics alone strictly go, Amy, I think you nailed this one on your first try. The Injustice comics, Bombshells, the Legion of Earth-Prime… nothing else in the comic book gutters comes close to the vast spectrum of stories unified by a wild idea from Gardner Fox in 1961, and elaborated upon by Roy Thomas from 1980 to 1986.

The very concept of Earth-Two was born with the asking of a simple question. Such is the vast power of inquiry: the answers which follow can shake the very foundation of the universe. While my office undergoes maintenance, you can ask questions of your own by writing in to @TheDCUniverse with the hashtag #AskTheQuestion. I’ll be waiting.