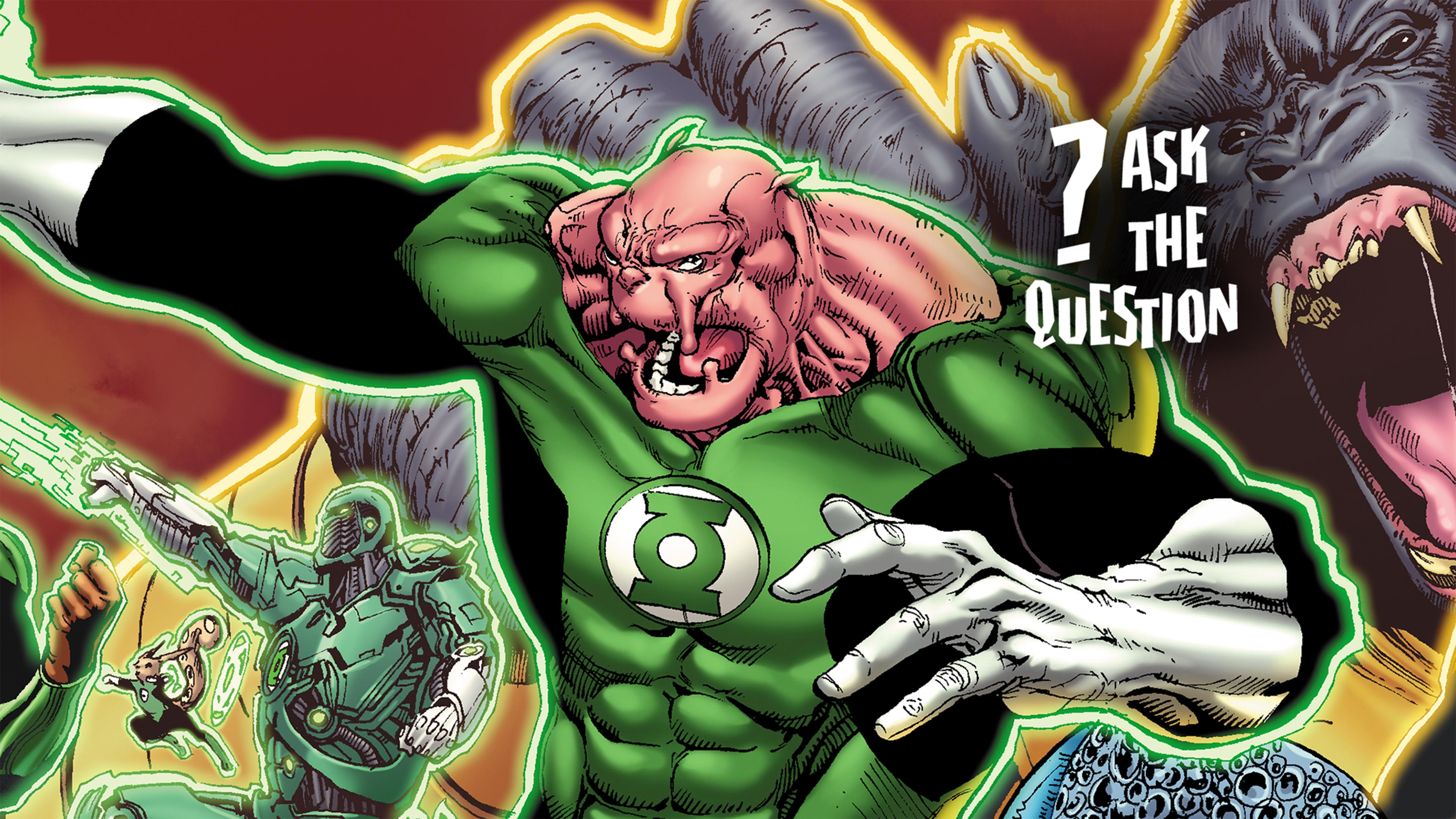 Ask...The Question: What the Heck Does "Poozer" Mean?

Hello. I’m Alex Jaffe, better known in our Community as HubCityQuestion. My personal mission: to take on any question you have about the DC Universe -- no matter how granular, obscure, or strange -- and present you with an answer. As a faithful steward of the truth, I offer my time in this weekly column to address these inquiries. If you’d like to submit one of your own, you can stop by my office at any time in our lively Community to state your case, which I will address in turn to the best of my ability. Let’s get to it. 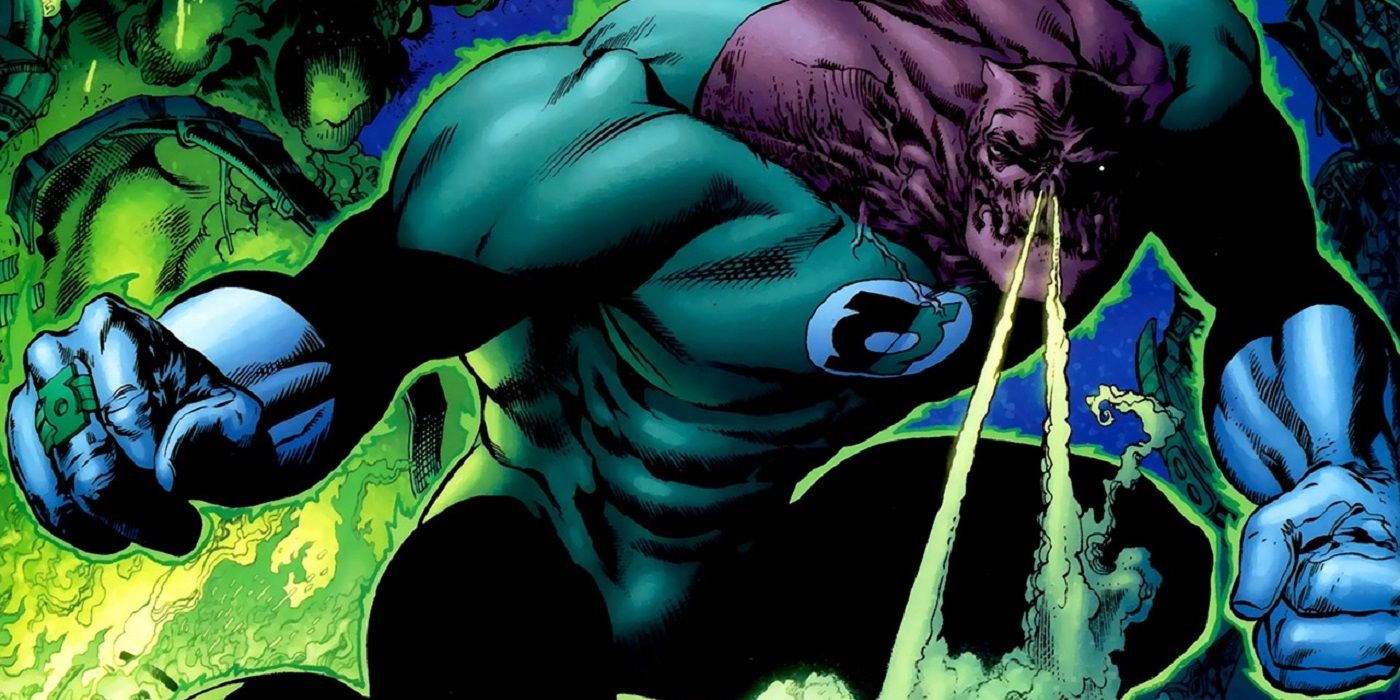 “What does Kilowog’s famous phrase ‘poozer’ actually mean and when was it first used in comics? Is it in Kilowog’s native language or something he picked up from another planet?”

“Poozer” is practically as old as Kilowog himself, with a variant of the phrase uttered in his first appearance in 1986’s Green Green Lantern Corps #201. The newly recruited Green Lantern spouts the phrase “Like pooz, buddy!” while battling a squadron of Silver Age Green Lantern villains, in much the same way you or I might defiantly say “like Hell.” In the next issue, Kilowog refers to the same group of villains as “poozballs.” This suggests that to Kilowog, at least in early appearances, the root “pooz” is a generic, versatile swear word sensitive to a number of impolite contexts -- reflecting on the coarse talk often typical of media depictions of soldiers in war. The first person Kilowog specifically calls a “poozer” is Black Hand, in Green Lantern Corps #206.

Eventually, as Kilowog gained a reputation as the Green Lantern Corps’ drill instructor, “poozer” becomes a pejorative term he typically aims at new recruits, breaking them down before building them back up.

As for the word’s in-universe origin, it was naturally assumed to be a swear word native to Kilowog’s homeworld of Bolovax Vik. It wasn’t until 2009’s Blackest Night: Tales of the Corps #3 that we learned the truth -- that Kilowog himself had picked up the term from his own trainer in the Green Lantern Corps, Drill Sergeant Ermey (named after R. Lee Ermey, an actor famous for playing the iconically coarse Sergeant Hartman in the film Full Metal Jacket). This story was later adapted for Kilowog’s origin in the 2011 animated film Green Lantern: Emerald Knights. Knowledge is power, ya poozer. 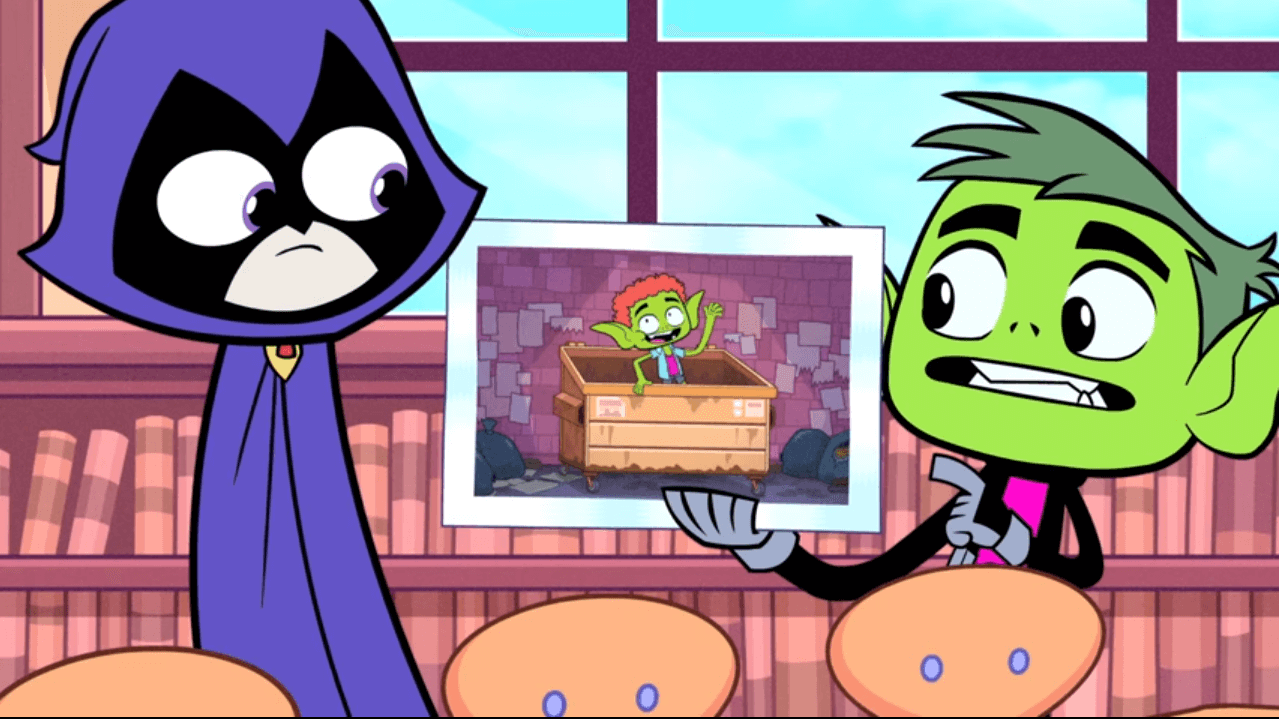 “Mr. The Question. Are there any more appearances of Beast Boy’s cousin in comics. He makes an appearance in Teen Titans Go as BB’s hobo cousin. The closest theory I could find was that his name is Matthew Logan.”

Beast Boy’s unnamed, dumpster-dwelling cousin makes his only animated appearance in the Season 4 Teen Titans Go! Episode “Permanent Record.” But as you’ve picked up, it’s not the first time we’ve seen Beast Boy with a cousin. Unlike in Teen Titans Go!, however, Matt doesn’t share Garfield’s green skin, elfin eared mutation, and doesn’t live out of a dumpster -- not a literal one, at any rate. Matt Logan, as we first meet him, is a perpetually broke Hollywood screenwriter who works out of a filthy, rundown apartment where he’s way behind on rent. As Garfield himself seeks to further his acting career, Matt volunteers to show the one-time Teen Titan around Tinseltown -- but only ends up showing him into trouble. Hollywood, man. Everybody’s all smiles, but they’ve all got their own agenda.

IT'S NOT NICE TO FOOL MOTHER NATURE 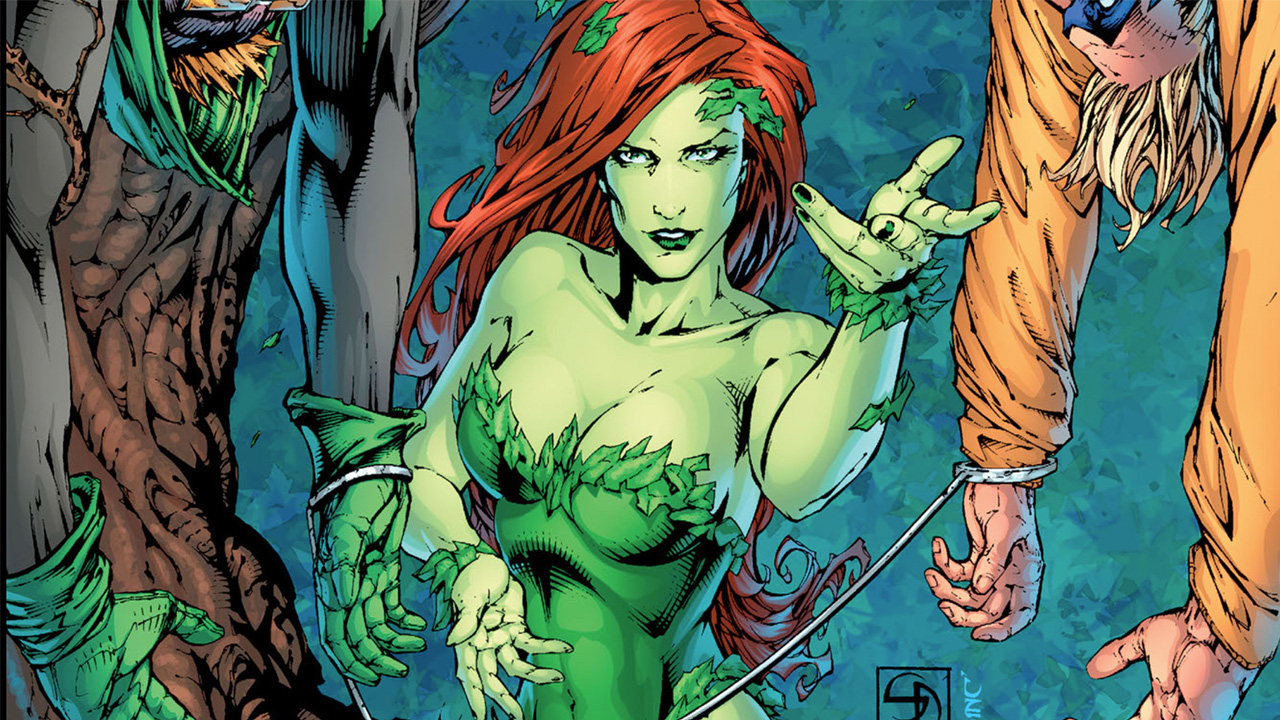 “Sorry if you’ve covered this before, but when did Poison Ivy become an eco-terrorist, or even just dedicated to the environment? That wasn’t always her shtick, was it?”

It certainly was not! Upon her debut in 1966’s Batman #181, Poison Ivy’s only goal was one of vanity: to be regarded as the most wanted criminal in the world. (It is nice to be wanted, isn’t it?) But it isn’t long before Ivy becomes enamored with Batman, using her pheromones to coax him to her side in Batman #183 so they can rule Gotham’s criminal world together.

Ivy was next seen 5 years later in Superman’s Girl Friend Lois Lane #115-116. There, she was seen working with Metropolis’s gang The 100 against, appropriately enough, Rose and Thorn. Then in 1974, Poison Ivy threw in with the Injustice Gang to join forces with some of the Justice League’s greatest enemies. From there, Poison Ivy crops up in Gotham from time to time, building up her repertoire with plant control as she continues leaning into her “femme fatale” image by controlling men with a kiss.

It’s not until after Crisis on Infinite Earths that Poison Ivy gets a shot at sympathy. For this, we actually have Neil Gaiman to thank, who wove a more positive take on the verdant villainess through his Black Orchid miniseries and an updated Post-Crisis origin for the character in Secret Origins #36, as the victim of a patriarchal society taking back her agency. That set the stage for Poison Ivy’s drafting into the Suicide Squad, removing her from Arkham Asylum’s cycle of abuse. But even there, Ivy was beholden to the will of Task Force X, rather than her own. Which takes her into a series of stories in the ‘90s where she’s suddenly gone from vixen to victim to environmentalist. So when did the changeover happen?

Like so much of Gotham’s mythology in the last three decades, the answer can be found in a little something called Batman: The Animated Series. Just as Mr. Freeze’s origin and motivations were famously revamped by the show, so too was Poison Ivy -- first appearing in the episode “Pretty Poison” to oppose the construction of a prison which would drive endangered flora in the area to extinction. It was just the makeover Poison Ivy needed to set her apart from the rest of Gotham’s scheming rogues, and she’s been a champion of The Green ever since.

O BROTHER WHERE ART THOU? 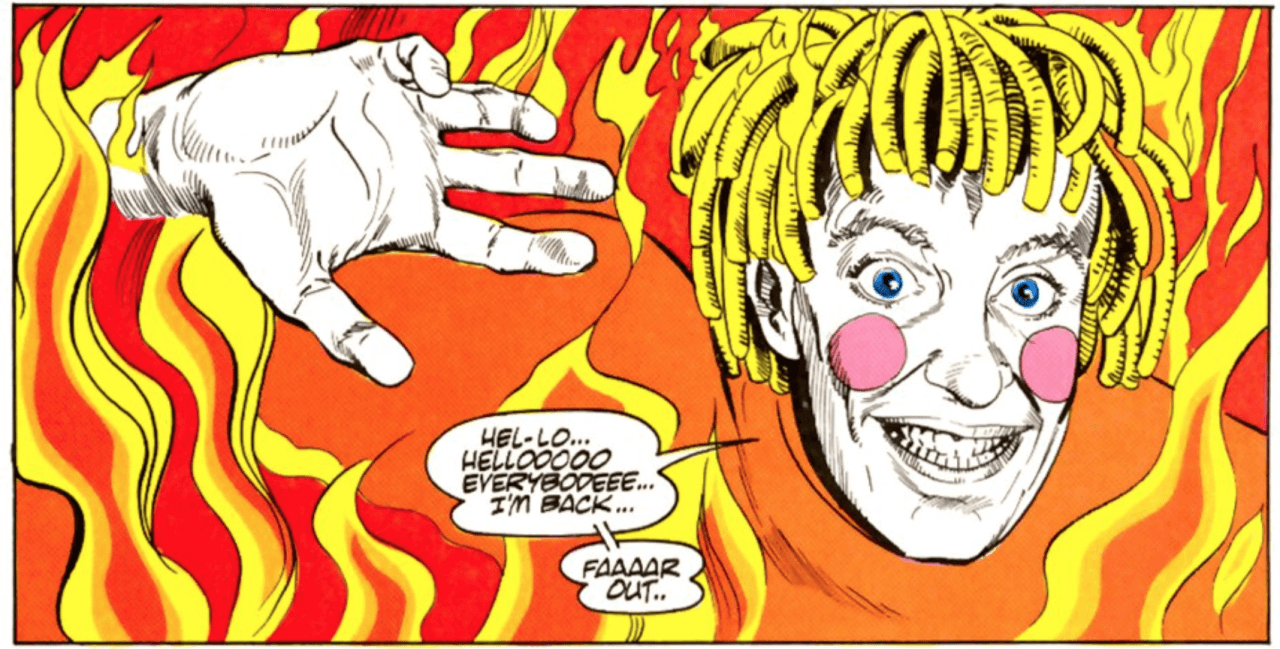 “Hey, Mr. Q, whatever happened to Brother Power the Geek?”

Debuting in a 1968 series that only ran for two issues, Brother Power the Geek’s most significant role in the DC Universe is as a punchline for a joke that requires name checking an obscure character. Originally called “Brother Power the Freak,” editorial changed the name to “Geek” at the time because the word “freak” was too closely associated with controversial hippie culture at the time -- which is kind of ironic considering the entire point of the character was as a reflection of the darker side of the hippie movement.

Imagined as a modern day Frankenstien, Brother Power was originally a mannequin dressed in hippie fashion brought to life by a bolt of lightning, trapped in a world beyond his understanding or any understanding of him. Appearances by Brother Power were quite rare over the next 40 years, but the character was given a proper send-off in 2010’s The Brave and the Bold #29. Observing that the era he was born for had long passed, Brother Power sacrifices himself to save people from a burning building. As Brother Power smolders in the wreckage, Batman holds out hope that someday, when as the trends of the world turn in their grand cosmic cycle, the era of Brother Power might eventually return.

As for me, dear readers, you need only wait one week before this column returns to solve the mysteries of the DC Universe both great and small. To play your part in this tete-a-tete, you need only ASK… THE QUESTION.