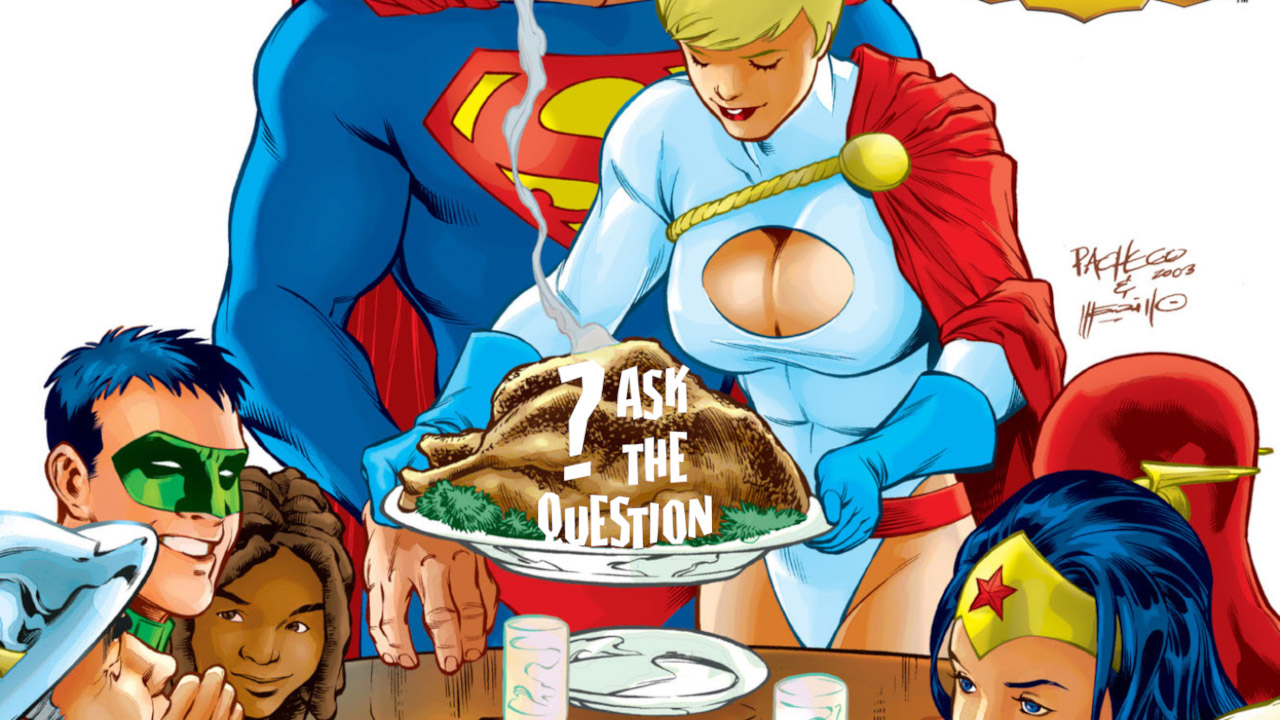 Ask...The Question: How Often Has Thanksgiving Been Celebrated in DC History? 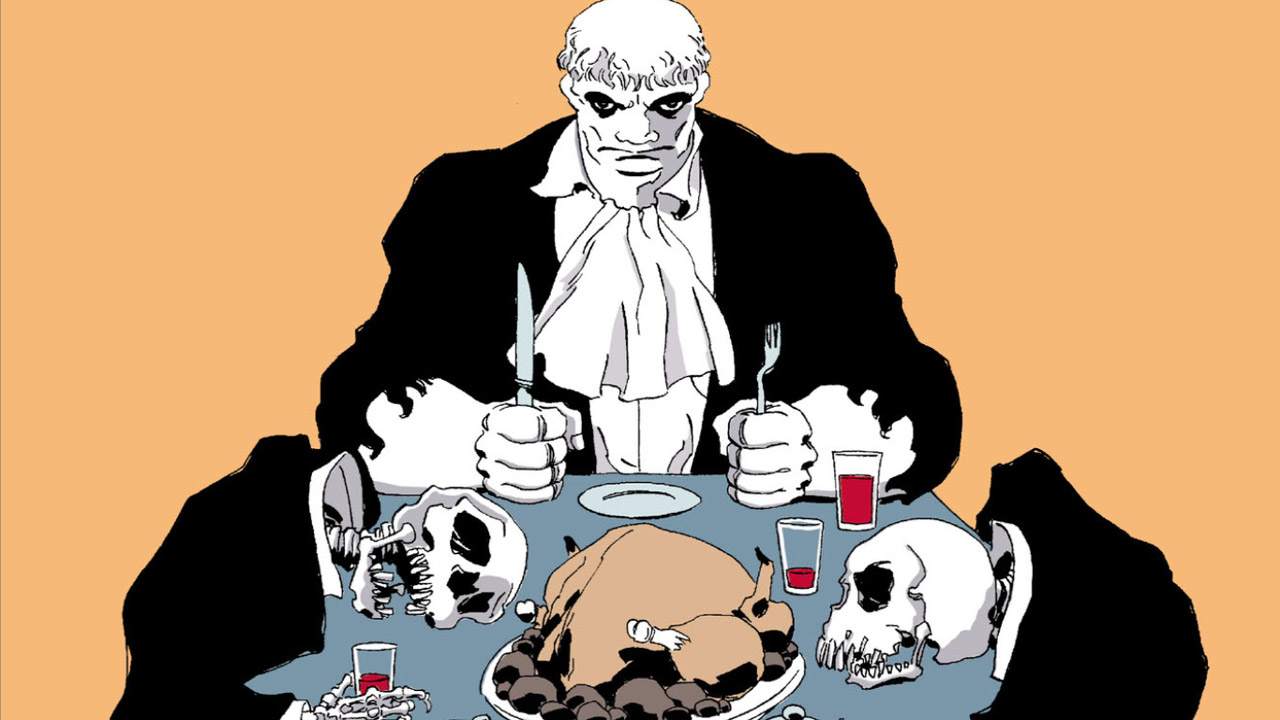 “How often has Thanksgiving been mentioned throughout the history of our heroes and villains?” -ajm08g

I’m thankful for your question this week! As we approach an unprecedented Thanksgiving in our lifetimes this week, it’s a good time to turn to our heroes to remind us what the holiday is all about. Here’s a brief history of Thanksgiving as explored throughout the DC multiverse, in its many forms.

1961: STRANGE ADVENTURES #132 -- A speculative story on what Thanksgiving may be like in the distant, far-off future year of 1990.

1982: SUPERBOY #38 -- Young Clark Kent’s annual tradition is revealed of spending every Thanksgiving as Superboy with a reform school to help set a positive example for troubled kids.

1986: HEX #18 -- Trapped in a post-apocalyptic future, Jonah Hex celebrates Thanksgiving his own way in a world which has forgotten it.

1991: ACTION COMICS #673 -- Clark checks up on his pals Jimmy Olsen and Bibbo Bibbowski for the holiday.

2002: JLA/JSA: VIRTUE AND VICE -- The DC Universe’s two greatest super-teams begin an annual tradition of coming together for a Thanksgiving dinner.

2007: JSA: CLASSIFIED #32 -- Alan Scott is forced to miss out on the annual JSA Thanksgiving dinner to battle his old foe Solomon Grundy.

2009: BLACKEST NIGHT: SUPERMAN -- Clark flies to Smallville to spend Thanksgiving with Martha and Krypto, but are interrupted by a revivified Kal-L of Earth 2.

Smallville Season 9 Episode 12, “Absolute Justice, Part II” -- The JSA shares their tradition from the comics of spending Thanksgiving all together.

2011: Batman: Arkham City -- When visiting him on Thanksgiving Day, Calendar Man tells Batman of the time he dropped in on a family celebrating the holiday, killed everyone there, and enjoyed the meal on his own.

2012: BATMAN: LI’L GOTHAM #2 -- Batman’s family all gathers ‘round the table after stopping The Penguin from interfering with a parade.

DIVERGENCE: PREZ -- In this preview for the PREZ limited series, a festive mod in the programming of a line of sentry droids causes them to view all targets as turkeys.

Supergirl Season 1 Episode 4, “Livewire” -- Kara reckons with her foster mother over Thanksgiving about her newly chosen preoccupation as a superhero.

2017: Arrow Season 6 Episode 7, “Thanksgiving” -- Oliver spends the holiday with his family, only stopping to battle the Earth 2 counterpart of his ex-girlfriend.

Supergirl Season 4 Episode 6, “Call to Action” -- Another Thanksgiving with the Danvers family.

WE (DON’T) GOT HOOD LOVE 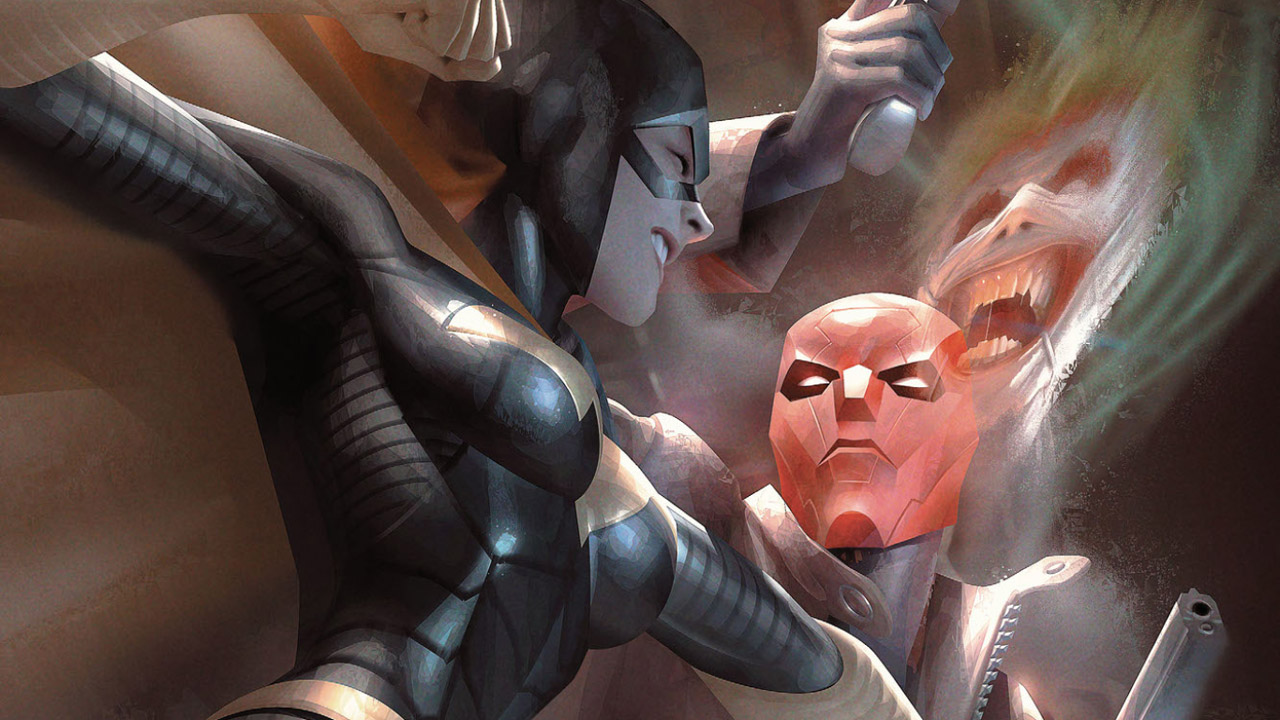 With their shared history and trauma around Batman and The Joker, it’s understandable that Babs and Jason might find some kind of consolation in one another. But as I’ve addressed before regarding Dick and Barbara’s relationship, for most of the character’s history, Barbara was written as much older than even the oldest Robin. The two characters never interacted much during Jason’s original run as Robin, but some flashback appearances to Jason’s early career show he may have harbored a little bit of a boyhood crush on the older crimefighter. Jason’s complicated feelings towards Barbara, whether they’re about buried romantic interest or shared trauma (though I’d personally make an argument it’s closer to the latter), are explored a little further in the BATMAN ETERNAL series of 2014. Apart from that, well… it’s been published under the Black Label imprint, so it’s not quite in continuity, but you may be interested to read Geoff Johns and Jason Fabok’s THE THREE JOKERS.

THEY’RE ALL WINNERS TO US 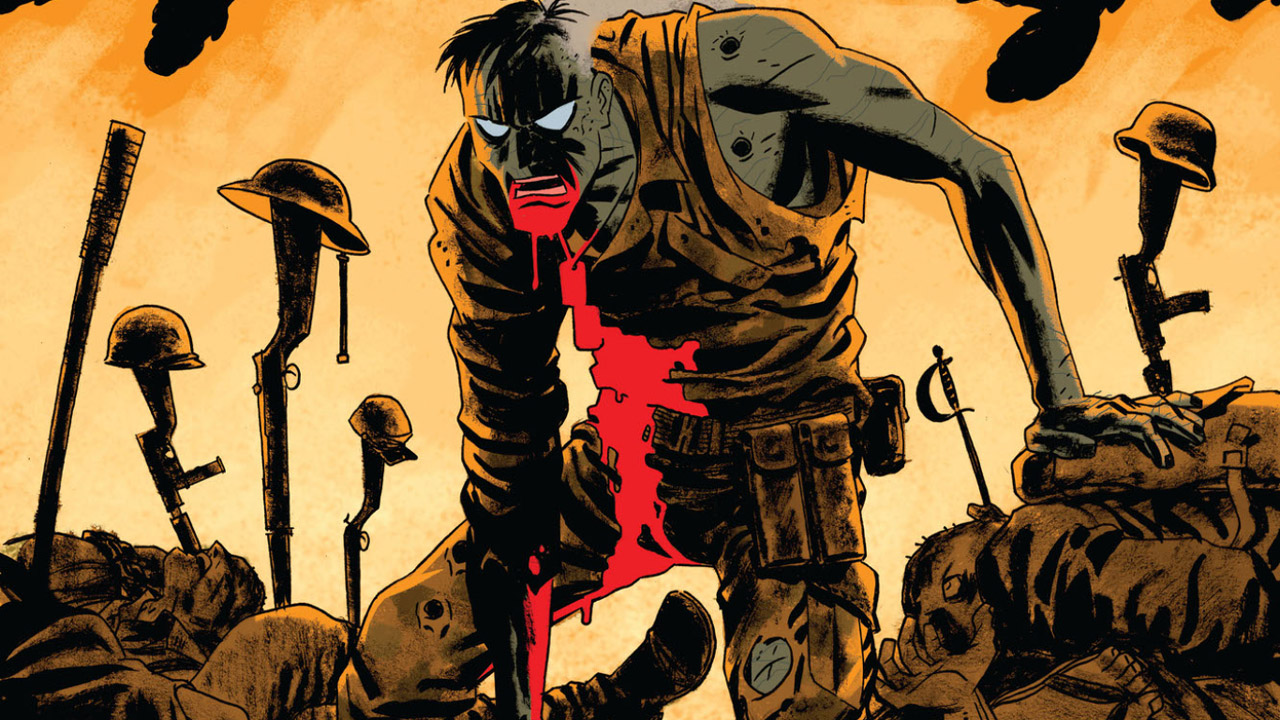 “Who is the LEAST successful DC character to have had a solo title?” -TheBatmanofNML

The original, unabridged version of this question supposed that “success” could perhaps be defined by sales numbers. But because, as we’ve discussed in the past, sales data on comics is pretty spotty before 1995, I don’t think that’s a reliable metric. So I’d like to define success not by sales, but by the featured character, and “solo title” as any book intended to run as an ongoing or limited series. How long did their solo series last, and did they ever show up again after its cancelation? 12 issues is a pretty generous run for a “failure,” and even 8 is pushing it, so I’m setting the upper limit around there. (We’re not counting Vertigo “reimaginings” of previously existing characters, or original Vertigo or WildStorm characters unconnected to the DC Universe who were only meant to occupy a self-contained series. We will  be counting lesser characters acquired by DC from the likes of Charlton, Fawcett, and Quality, because that is more entertaining for me to consider.) Let’s take a look at our 34 bottom candidates.

A. Bizarro: 4 solo issues. Bizarro clone of a lowly LexCorp employee, who hasn’t been seen anywhere since. Strong candidate right out the gate.

American Freak: One of Anton Arcane’s Un-Men who got his own Vertigo series for 5 issues. Nowhere since.

Bill Battle, The One-Man Army: A Korean War hero with 4 solo issues under Fawcett Comics. Technically owned by DC now, but hasn’t been seen since 1953.

Bob Swift, Boy Sportsman: A Fawcett Comics character with 5 solo issues in 1951. No appearances since.

Bob the Galactic Bum: 4 issue Lobo spinoff about a transient space-hobo. Was eventually reprinted elsewhere with Lobo replaced by an original character.

Brother Power the Geek: This hippie mannequin brought to life’s solo series infamously lasted for only 2 issues in 1968, but he’s been a favorite pull ever since as an example of the most obscure DC character you can think of -- which, ironically, has made him less obscure.

The Butcher: Creator Mike Baron tried really hard to make his Native American antihero work in his own series which lasted for 5 issues, and then when that failed, set him up in a limited BRAVE AND THE BOLD relaunch alongside Green Arrow and The Question. I mean, I’m certifiably one of the world’s biggest Question fans, and I’ve only read that relaunch once. If there are any fans of The Butcher out there, I’ve never met one.

Dead Romeo: Rock and roll vampire with a 6 issue series in 2009. Scream Queen called, she wants her thing back. And if you don’t get that joke, well, Dead Romeo is even more obscure than THAT.

Doomed: Scott Lobdell’s original character, a human infected with The Doomsday Virus. Lasted 6 issues, made some appearances in other Scott Lobdell comics, and is generally unremembered. Also the newest character you’ll see on this list, from 2015. I haven’t given up on later solo characters making a comeback.

G.I. Zombie: The last attempt at a “war hero” comic during the New 52 period, and notable for containing some of the final pages of art by Darwyn Cooke. Canceled after 8 issues, plus a “Futures End” tie-in.

Golden Arrow: A six issue Fawcett Comics western hero from 1942. No affiliation to Green Arrow, but maybe there should be?

The Heckler: Many amateur DC scholars will point to this six-issue wonder from 1992 created by Keith Giffen as DC’s “most obscure” star character. Kinda the median point of Ambush Bug, Creeper, and The Mask. He’s known well enough as an obscure character that I’m expecting a Brother Power-style revisitation someday.

Hickory: 6 issue, 1949 comedy series from the now DC-owned Quality Comics archive about what can only charitably be called a “hillbilly.”

Insurgent: Government sanctioned bounty hunter John Ravane was the star of this 6 issue miniseries in 2013, canceled after 3 issues. This would be our clear winner, except that “Insurgent” was republished and completed by another company years later under a new title, and optioned for a Netflix series.

Jack Cross: Anti-terrorist gun-for-hire with a solo series canceled after 4 issues in 2005.

Kinetic, Fraction & Touch: All characters from DC’s 2004 “Focus” imprint. Kinetic made it 8 issues, the others 6.

Kong the Untamed: One of DC’s lesser “caveboy” heroes to the likes of “Anthro” and “Tor,” with a 1975 series lasting 5 issues.

Miss Melody Lane of Broadway: An attempt to replicate the marginal success of “Miss Beverly Hills of Hollywood” in 1950. I’ll bet money this article is the first time you’ve ever heard of her. Canceled after 3 issues.

Prez, Teen President: His solo series lasted only 4 issues, but much like Brother Power the Geek, his status as a punchline for obscure character pulls has only elevated his presence.

Stalker: Sword-wielding high fantasy character created by Steve Ditko and Paul Levitz in 1975. Only 4 solo issues, but DC books which return to fantasy settings have been known to pull him for a cameo.

Telos: A fusion of Brainiac and Arak, Son of Thunder who was momentarily the central figure of 2015’s CONVERGENCE event. He maintained presence afterwards in a 6-issue series before cancelation, and will probably remain missing until CONVERGENCE gets old enough to gather nostalgia.

Vext: When people say that Heckler is Keith Giffen’s most obscure DC leading hero, it’s because they’ve forgotten about Vext. He too only kept a title going for 6 issues, in 1999. He had the power of supernaturally bad luck, which might explain the book’s lack of success.

Vigilante, Justin Powell: Not the most successful of the many Vigilantes, only lasting 6 issues in 2004.

Vigilante, Donald Fairchild: OK, I lied. THIS will be the most recent character on this list. Protagonist of 2016’s VIGILANTE: SOUTHLAND, a 6 issue limited series that was canceled after 3. But if you’re really curious how his story ends, the complete series along with the unpublished issues 4-6 are collected in the trade paperback.

Viper: Even I couldn’t tell you much about this guy. He wore a brown coat and jumped in the air a lot while firing guns around fast-moving cars. 4 issues in 1994.

The Weird: Alien hero made of pure energy who had a 4 issue series featuring the Justice League in 1988. Occasionally pulled since then as a reference for cosmic books.

Xer0: Breaking the rules a bit because his series lasted 12 issues, but I just wanted to mention Xer0 as a Christopher Priest-created cybernetic government assassin whose main gimmick was that he was a Black man who disguised himself as Caucasian. I wonder why he never made it.

With our candidates selected, we have 1 character with only 2 solo issues- Brother Power the Geek, who has since found marginal pop culture recognition- and 5 characters who only made it to 3 issues: Blackmask, Clash, Miss Melody Lane of Broadway, John Ravane, and Donald Fairchild. Blackmask and Clash were both marketed as limited series, so I’ll cut them some slack for making it to the end of their stories. John Ravane found a home elsewhere, and the Vigilante of 2016 at least got to finish his limited series in trade. So I’m declaring our winner to be 1950’s Miss Melody Lane of Broadway, whose ongoing series barely made it a block down the Great White Way.

Well, that’s all the time we’ve got for now. I’d like to wish you all a happy Thanksgiving whether you’re able to make it to the JSA brownstone or not. And of course, remember that should any DC quandary cross your mind in the meantime, you may always ASK… THE QUESTION.