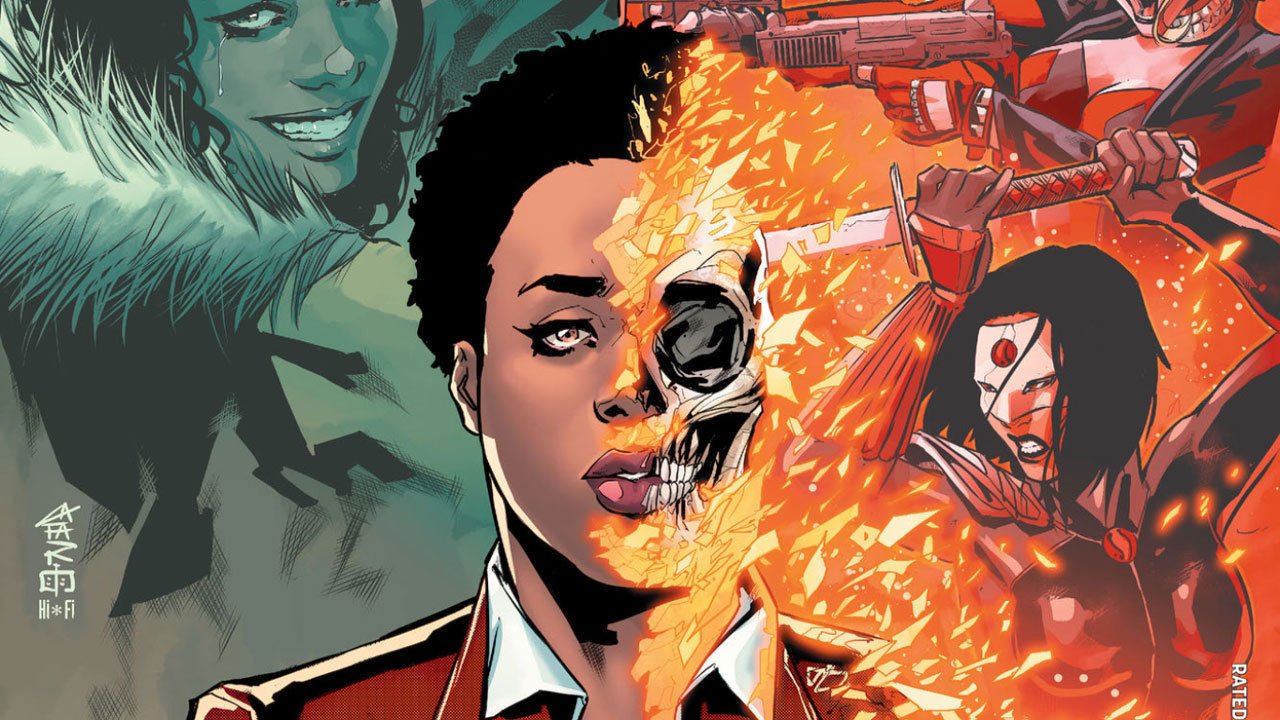 Ask...The Question: How Many Suicide Squad Members Has Amanda Waller Blown Up?

Hello. I’m Alex Jaffe, better known in our Community as HubCityQuestion. My personal mission: to take on any question you have about the DC Universe -- no matter how strange, granular, or obscure -- and present you with an answer. As a faithful steward of the truth, I offer my time in this weekly column to address these inquiries. If you’d like to submit one of your own, you can stop by my office at any time in our Community to state your case, each of which I will in time address to the best of my ability. Let us put those abilities to the test right now.

“How often is it that Amanda Waller removes a member from the Suicide Squad in an explosive fashion?” -ajm08g

Make no mistake: Amanda Waller is no sadist. The commander of Task Force X is a focused and results-oriented career woman who would prefer it if every mission were resolved quickly, quietly, and with zero casualties. Of course, that’s never how it turns out when the Suicide Squad gets involved, and sometimes you need to explode a fool as a new iteration of the team convenes just to show everybody you mean business. While the bombs are usually no more than a narrative tool to explain why this team of incarcerated thieves and killers is willing to fall in line, there have been sparse occasions where a Suicide Squadmate had to be lit up. Here are all the times it’s happened:

The first victim of the Squad Bomb was Slipknot, who many got to know briefly in 2016’s Suicide Squad film. First, it’s important to note that in the original ‘80s SUICIDE SQUAD series, bombs were kept on the members’ wrists as bracelets as opposed to being implanted in their heads. So an infraction would merely result in grievous bodily injury and loss of limb as opposed to outright death. So it was with Slipknot, who was talked into deserting the Squad by Captain Boomerang in 1988’s SUICIDE SQUAD #9.

And… that’s it. The only time Waller ever had to use the bomb in the entire first run of the series. See it go off once, and everyone pretty much gets the idea. After the original ‘80s run by Ostrander and Yale, the bombs vanish completely. In the comic pages between 1992 and 2011, members of the Squad are kept in line solely by the promise of time shaved off their sentences, and are eliminated solely through circumstances of the missions themselves. It was the 2005 Justice League Unlimited episode “Task Force X” which changed the game, reimagining the explosive bracelets from the original series as injectable nanites. There, it was Deadshot who initiated the first interior explosive in Plastique, when she was captured mid-mission by Captain Atom.

The injectable nanobombs only transitioned to comic book canon in 2011, for the first Post-Flashpoint incarnation of the Suicide Squad. Waller’s first ignition doesn’t occur until 2012’s SUICIDE SQUAD #7, killing Lime of the fame-seeking duo Lime and Light when she attempts to sell the Squad out to the GCPD. And, wouldn’t you know it -- that’s the only time it happened during the entire run of The New 52.

In 2014, the Suicide Squad made their debut on TV and in animated film: respectively, on TV’s Arrow, and in the Arkham video game tie-in film Batman: Assault on Arkham. On Arrow, it was the villain Shrapnel who exploded for attempting to desert the team. Assault on Arkham’s Amanda Waller is more cavalier with the explosives, first killing KGBeast when he attempts to walk out, and then detonating EVERYONE’S bombs when she learns that her Squad is tampering with them -- but only King Shark and Black Spider are killed.

2016 was a big year for bombs, as Suicide Squad made its live action theatrical debut. True to the original comics, Slipknot once again proves to be the first and only victim of Waller’s explosives -- officially making him the most exploded Suicide Squad character of all time. This was followed up in the comics through a special guest issue by none other than John Ostrander himself, co-writer of the original ‘80s series. In SUICIDE SQUAD: WAR CRIMES, Amanda Waller blows the head off of Mad Dog after he’s captured by the enemy. The next detonation came in 2017’s SUICIDE SQUAD #9, in a flashback issue to Amanda Waller’s secret, first iteration of the Suicide Squad -- where member Cyclotron was detonated to keep the rest of the team from learning his true purpose to keep everyone else in check.

In 2018, the Squad blew up in a big way for the animated movie Suicide Squad: Hell to Pay. Count Vertigo was killed by his bomb outright, The Ten-Eyed Man was killed during a glitch in the bomb’s installation, and both Killer Frost and Copperhead were killed by Frost’s bomb after Reverse-Flash removed it. Meanwhile, in the comics, Scream Queen joined the boom club during SUICIDE SQUAD ANNUAL #1 after defying orders to bring in a target alive.

The current iteration of the Suicide Squad in comic stores now has once again done away with the threat of implanted bombs, along with the involvement of Waller herself. But with Viola Davis reporting in as The Wall for 2021’s The Suicide Squad, just who might blow up next is anybody’s guess.

THE FIGHT OF THE YEAR OF THE VILLAIN 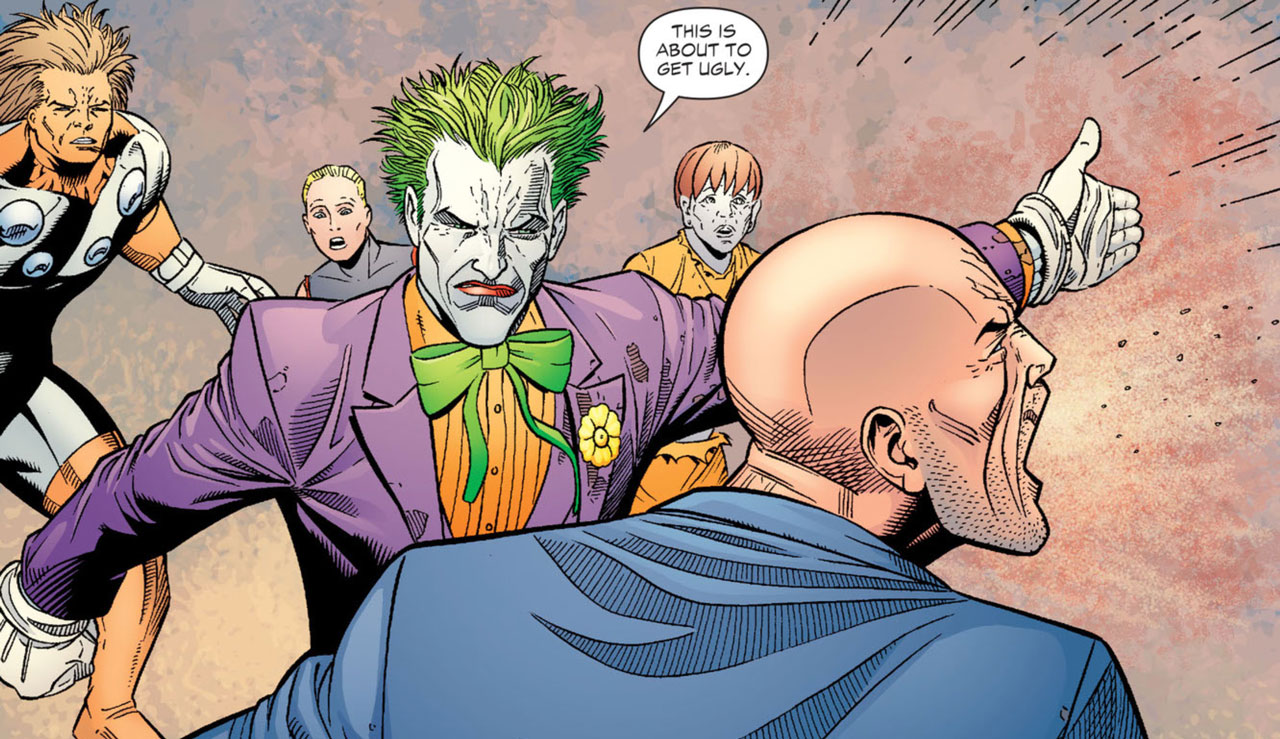 There was a poll in the news section about who is the fiercest villain. (Joker, Luthor, Black Adam & Sinestro) Likely because Year of the Villain has now come to the service. Anyway, have any of these villains fought head to head before? Is there any ‘canonical’ ranking?” -DeSade-acolyte

Perhaps unsurprisingly, only one of these conflicts have ever come to pass in DC history so far: the unavoidable battle between the arch-enemies of the World’s Finest, Lex Luthor and The Joker. Though they’ve sniped and scraped at each other for years, even while ostensibly working together, their most significant head-to-head battle was the culmination of a war between two factions of super-villains exiled to a far away planet in SALVATION RUN. Ultimately, Joker ends his fight against Luthor with the upper foot, but is interrupted from delivering the killing strike by an invading army of Parademons. Granted, if Luthor had access at the time to the full assets of LexCorp, it may have been a different story.

While Luthor has never directly fought Black Adam or Sinestro, he was able to marshal them by appealing to their natures in order to fight with him against the Crime Syndicate of America during FOREVER EVIL. Since then, the three have maintained a cautious respect for one another. Sinestro even left Black Adam his own Sinestro Corps ring in case he ever needed it, and went on to serve Luthor in the Legion of Doom -- a role which suggests that Sinestro knew which way the tides would roll should he challenge Lex for leadership.

And while we’re talking about psychology, let’s not forget that early in the 2003 OUTSIDERS series, Luthor managed to get under The Joker’s acid-washed skin even as he was held captive, identifying and preying on his greatest insecurity. So all we can say for sure based on the evidence is that in a game of wits, Lex has them all beat. 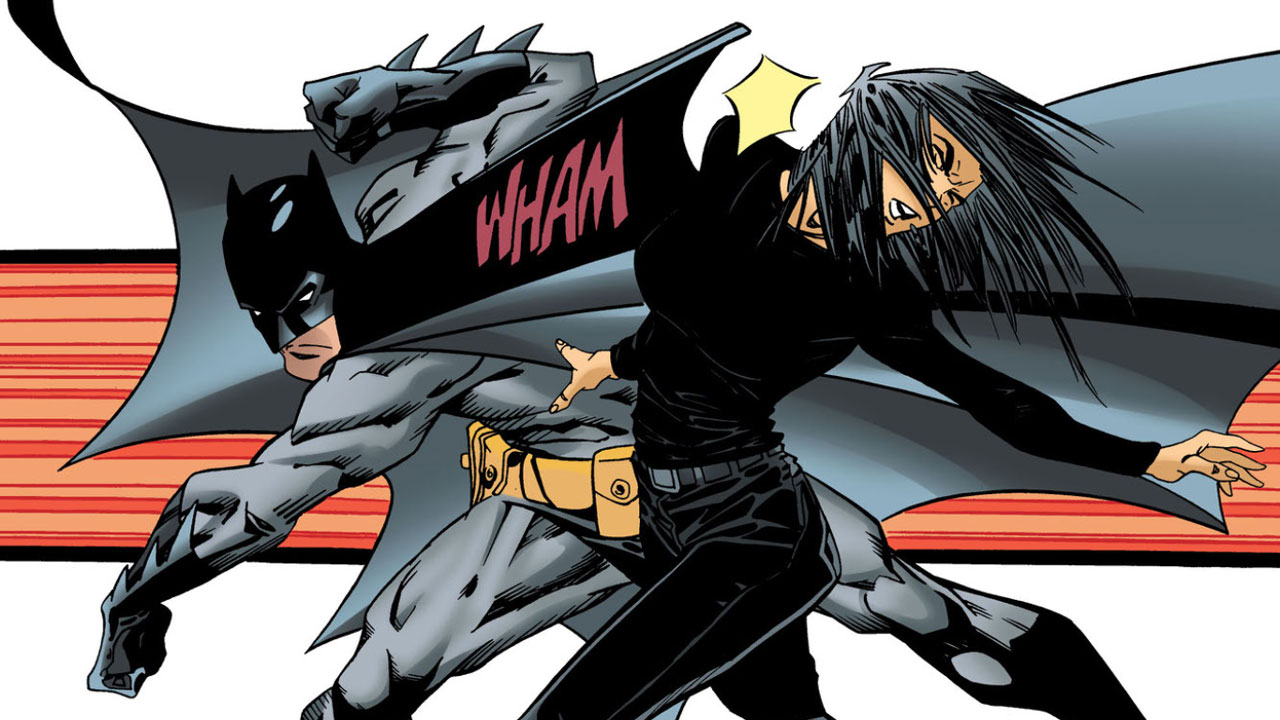 “How many fighting skills does Batman know?” -BatmanFan2007

As many as he needs to know. Like any fictional entity to have changed hands and visions over the course of generations, Batman channels the experience of every writer, artist, choreographer, director, actor, and countless others to have put their mark on the character. But if you really want an exact number, Batman provides us with one in 2000’s BATGIRL #7. There, Batman makes the bold claim that there are 127 significant fighting styles within the DC Universe, and prepares an instructional hologram to train Cassandra Cain in all of them -- thereby indicating mastery of those styles himself. So, presuming Batman thought to teach Cassandra everything he knows about fighting, that gives us some kind of concrete number. Whether he’s discovered or accrued any more fighting skills in the past 20 years of publication is a speculative matter.

But whether you need someone to speculate with or do that speculating for you, I’ll be back every week to deliver in this column right here in DC Universe’s illustrious News section. All you have to do is ASK… THE QUESTION.