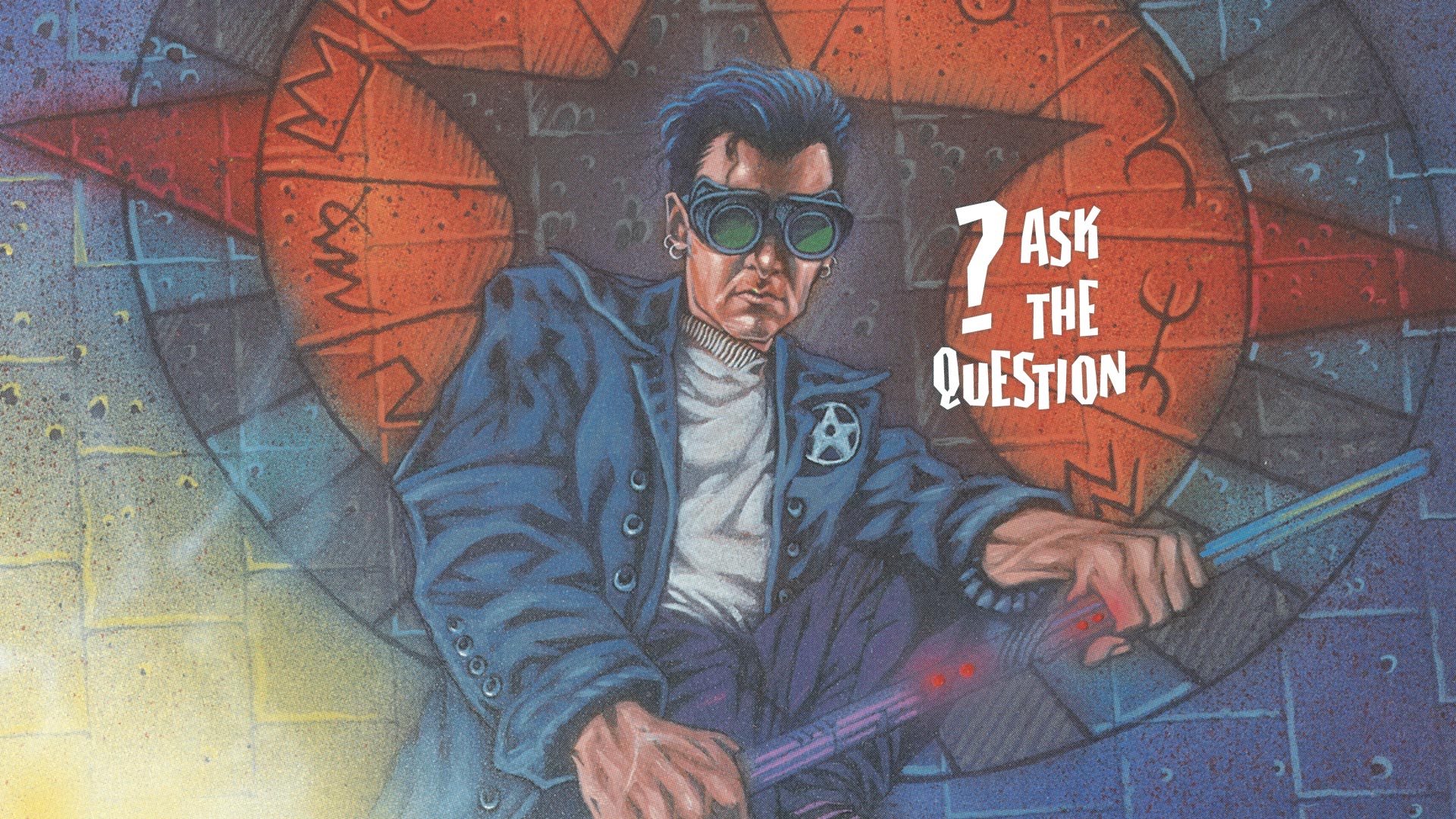 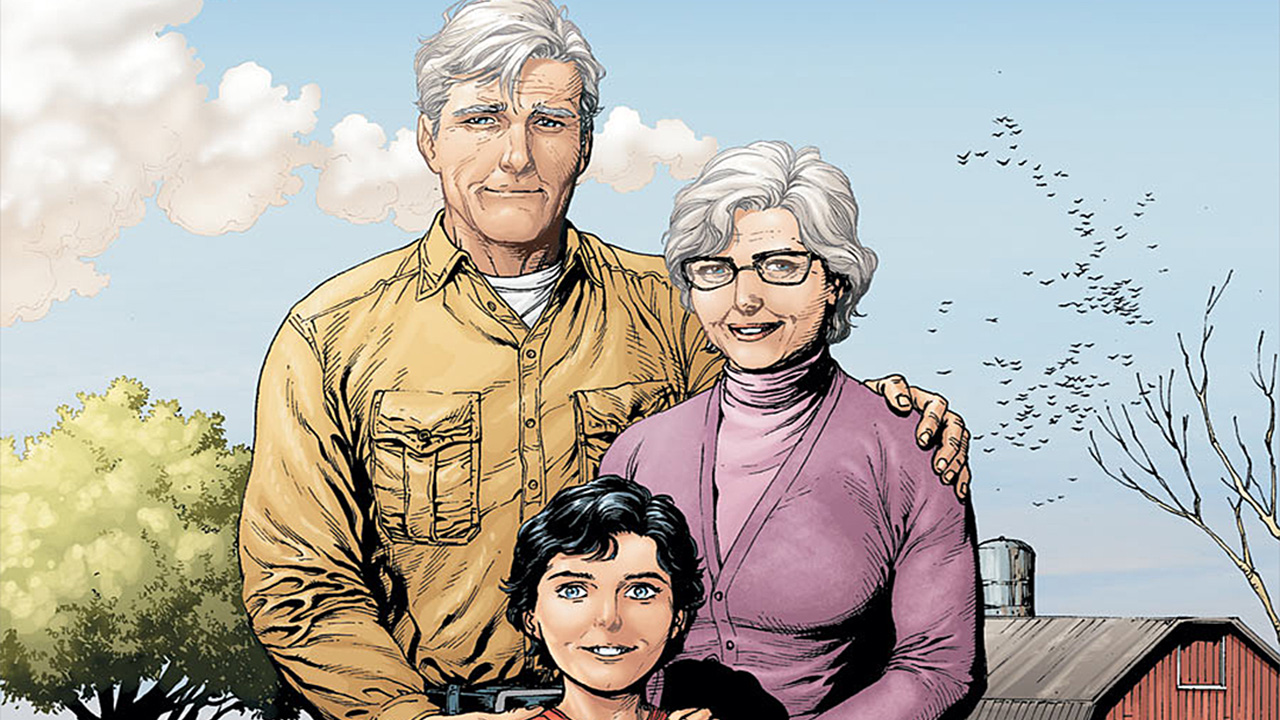 “How did Superman obtain a birth certificate and a social security ID?”

Because it’s such standard practice today, it’s easy to forget that not all babies are born in designated birthing facilities, especially outside of major metropolitan areas. Home births are still very much a reality, and in those cases parents may fill out an application to receive an official birth certificate for their newborn. With certification in hand, the process for social security identification may eventually follow.

Such was the case of Clark Kent, who- at least on paper- was born on the Kent farm as the only son of Jonathan and Martha Kent in Smallville, Kansas. In John Byrne’s character redefining Man of Steel miniseries, he explains how the Kents were able to pull this off. Very briefly after discovering baby Kal-El’s rocket, an enormous snowstorm hit the town of Smallville, leaving its residents isolated and snowed in for months. During that time, the childless Martha Kent was plausibly able to pass off the newborn Clark as the product of a pregnancy which came to term through the snowstorm.

BOYZ IN THE HOODS 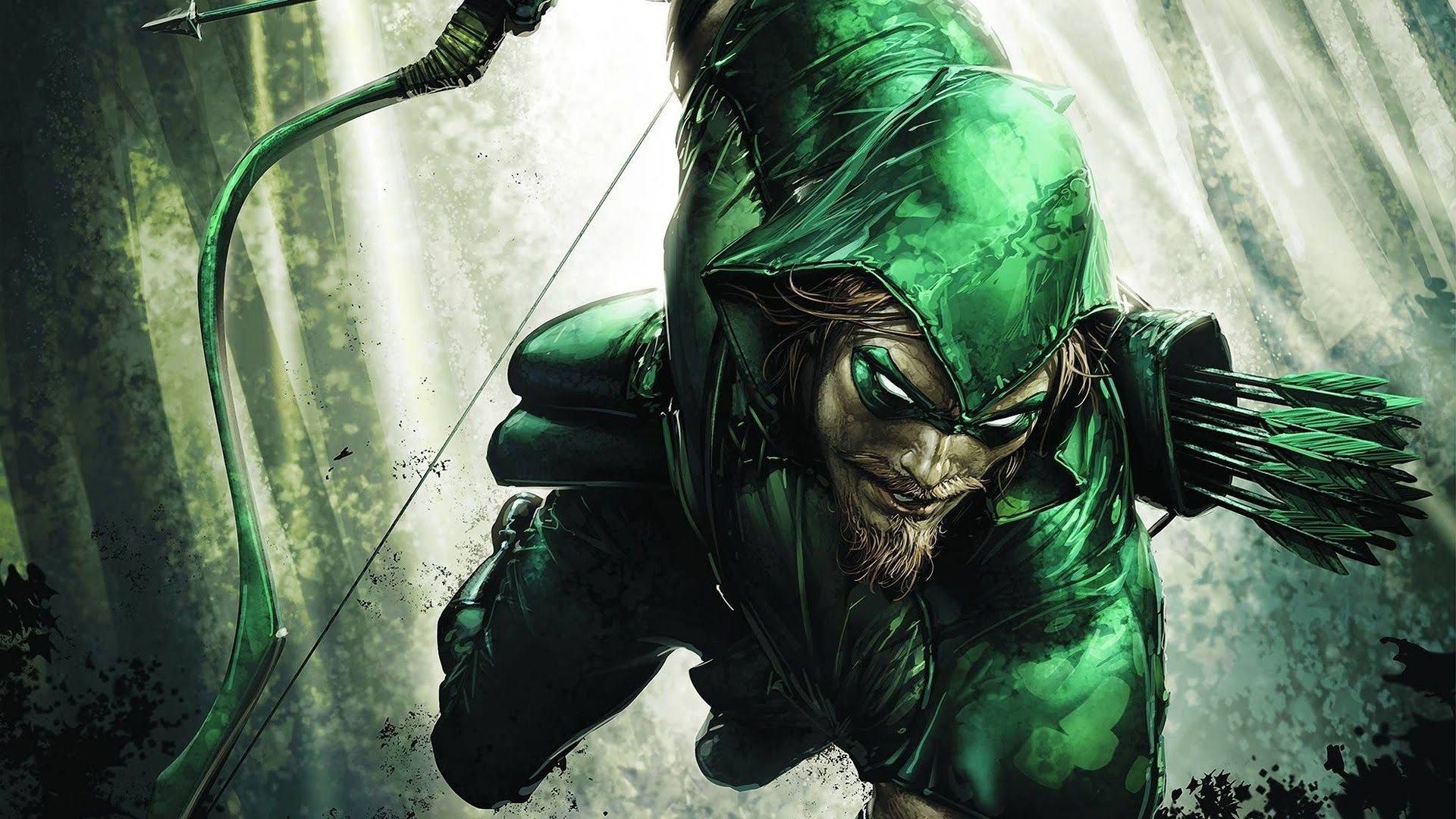 Only to the extent that, say, Batman is related to Zorro. That is to say that while they share no blood, the earlier hero was a direct inspiration to the latter both inside and outside of fiction. Since the days of his first appearances in More Fun Comics, Green Arrow has always been an admirer of Robin Hood’s skills, ideals, and personal style, even teaming up with the legendary vigilante on a number of time-traveling adventures. Green Arrow revisionary Mike Grell took this a step further in The Longbow Hunters, revealing Oliver Queen not just to simply be a Robin Hood fan, but a Howard Hill fan: the real life “world’s greatest archer” who provided stunt work on Errol Flynn’s Adventures of Robin Hood. It was Hill’s own compound bow that Oliver became stranded with on his deserted island, and mastered the use of it for his survival — and to reshape his own life’s mission. 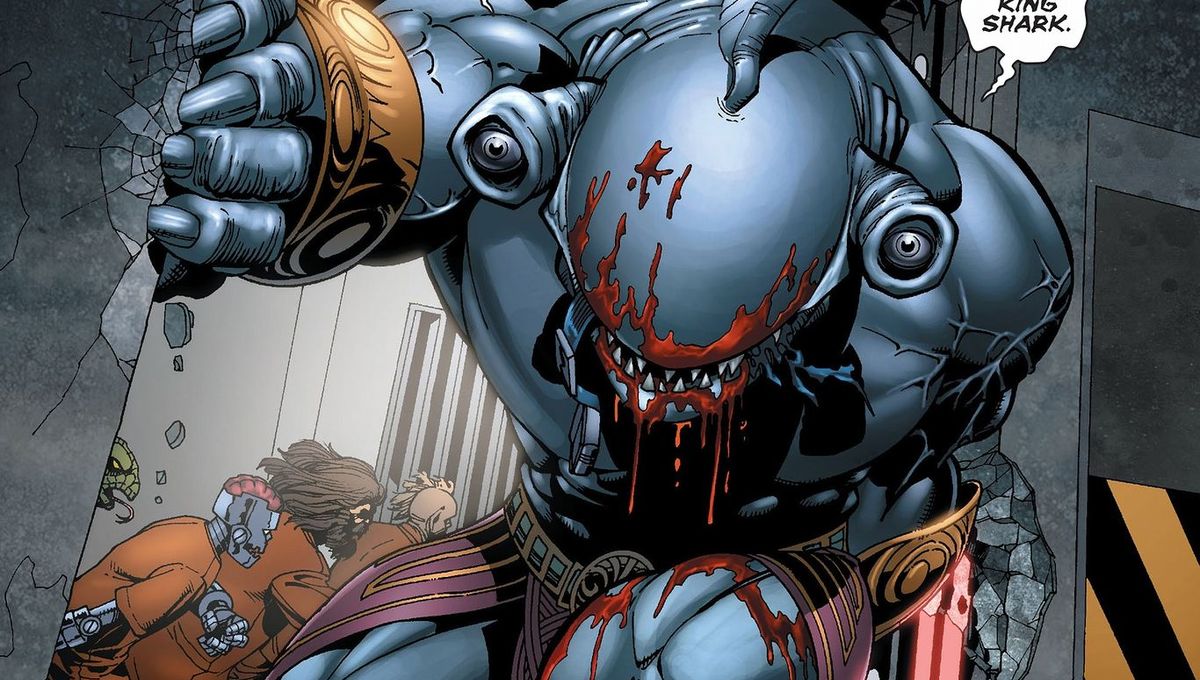 “Is there a comic where King Shark starts whale’n out to blood while on the surface?”

Permit me to assume that this question derives from King Shark’s relatively docile presence in DC Universe’s hilarious Harley Quinn series, where the Tech-Savvy “70% shark” reacts unpredictably to the presence of blood. In one instance, when exposed to it in water, the normally reasonable King Shark begins, as you put it, “whale’n out,” reverting to an animalistic blood lust. Outside of water, however, in a later episode, the presence of blood causes King Shark to faint from distress.

Here’s a couple things to keep in mind: first and foremost, Harley Quinn is a comedy show. King Shark’s reactions to blood may not be linked to any sort of hard canon, but to whatever’s funniest in a particular situation.

Second: the King Shark of Harley Quinn and the King Shark of the comics are very different incarnations of the same character. It’s entirely reasonable to assume the original King Shark has no idea what a computer is, much less how to use it. And as for the blood component… King Shark is pretty much ALWAYS “whale’n out.” Blood or none, land or sea, there is never a safe time to be around him.

That said, this new take on King Shark is a delight, and I personally wouldn’t mind seeing more of his quirks translated into comic book lore going forward.

THERE'S [LOTS OF VARIOUS] STARMAN[S] WAITING IN THE SKY 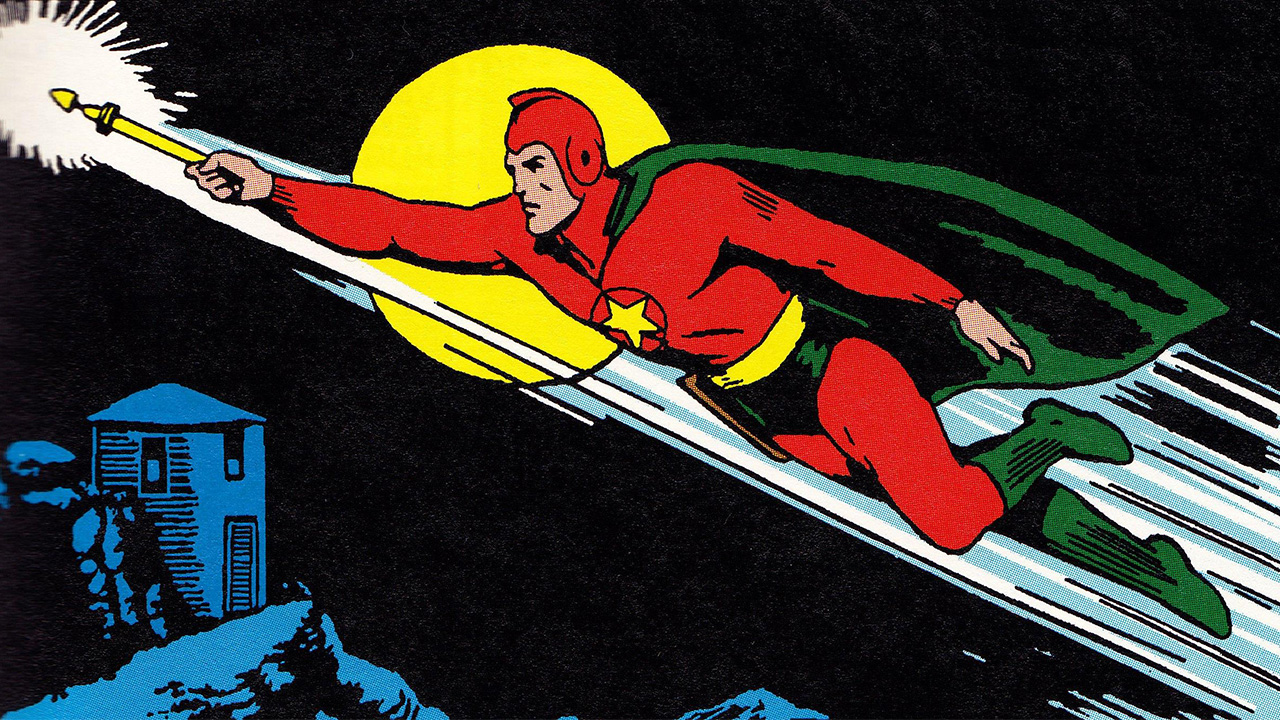 “Can you tell us how many characters have held the mantle of Starman? It seems like there are so many.”

You’re not wrong, Robotman. Not counting the likes of David Bowie, Jeff Bridges, KISS frontman Paul Stanley, and several video game icons, there are no fewer than 12 characters throughout the history of the DC Universe to go by the name of “Starman” — a veritable constellation. Let’s quickly run through them together.

The original Golden Age Starman, Ted Knight was a wealthy heir in Opal City and co-inventor of the Gravity Rod, an energy manipulating weapon which he used to fight crime. Most of his career was spent as a member of the Justice Society of America.

In a Silver Age chapter often forgotten by history, Batman briefly adopted the mantle of Starman when his enemy Professor Milo instilled in him a fear of bats.

One of many one-and-done Super-Villains of the Silver Age, Star-Man’s super strength came from a mystical belt not unlike the one that Ted Knight developed for Sylvester Pembleton, the Star-Spangled Kid. 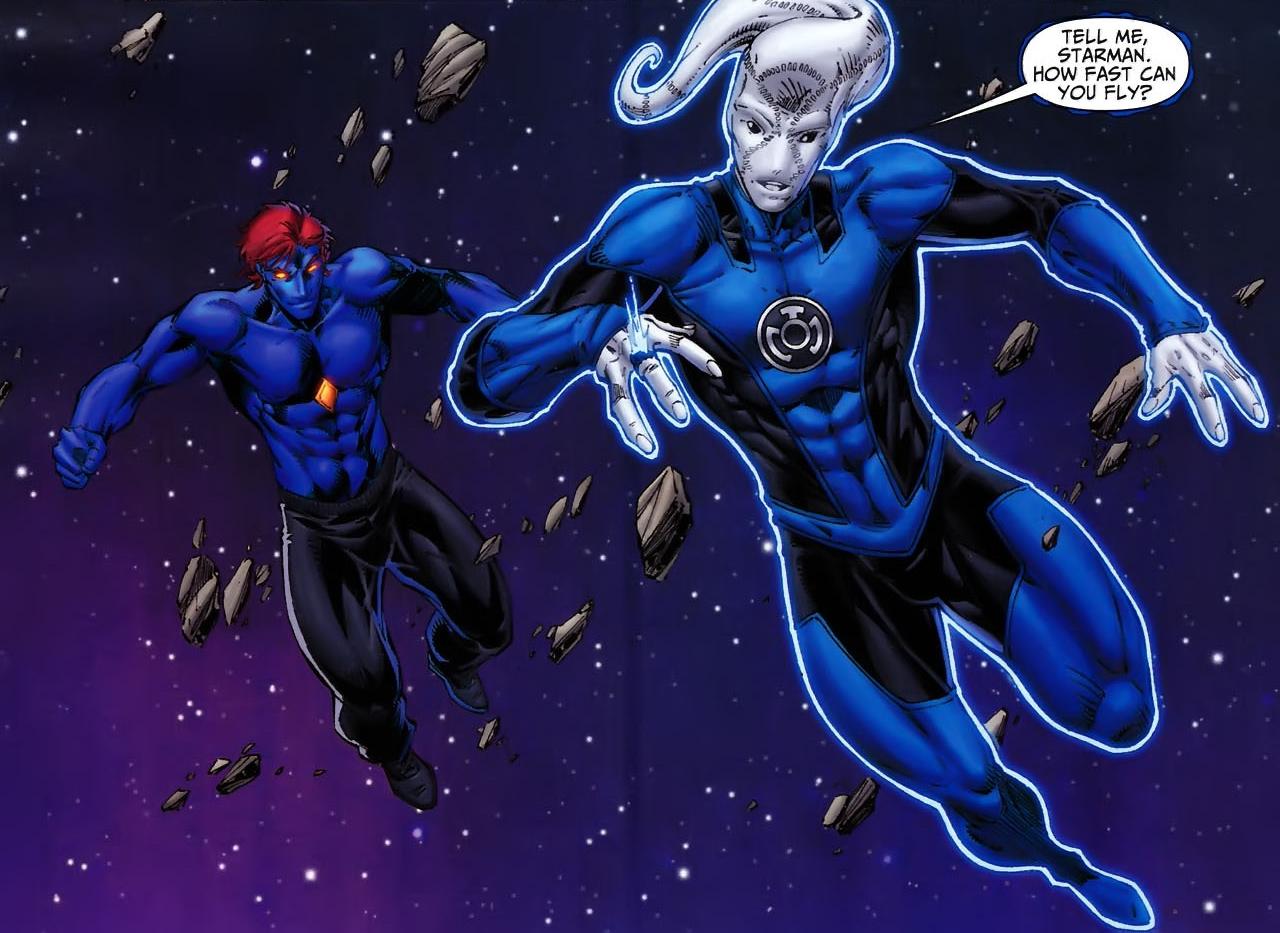 The first Starman to actually come from the stars, Mikaal Tomas is a blue-skinned alien from the planet Talok III who came to Earth to protect it from the invading forces of his own people. He remained active on Earth as Starman through the tenures of the Knight Family, and was even briefly a member of the Justice League of America. Mikaal’s Sonic Crystal grants him the powers of flight, strength, healing, space travel, and energy projection.

Gavyn was the crown prince of Kranaltine, the Throneworld of an intergalactic empire. As Starman, Gavyn protected his Empire with his own Cosmic Staff, but was converted into pure energy in an antimatter wave which consumed Kranaltine in the Crisis on Infinite Earths. 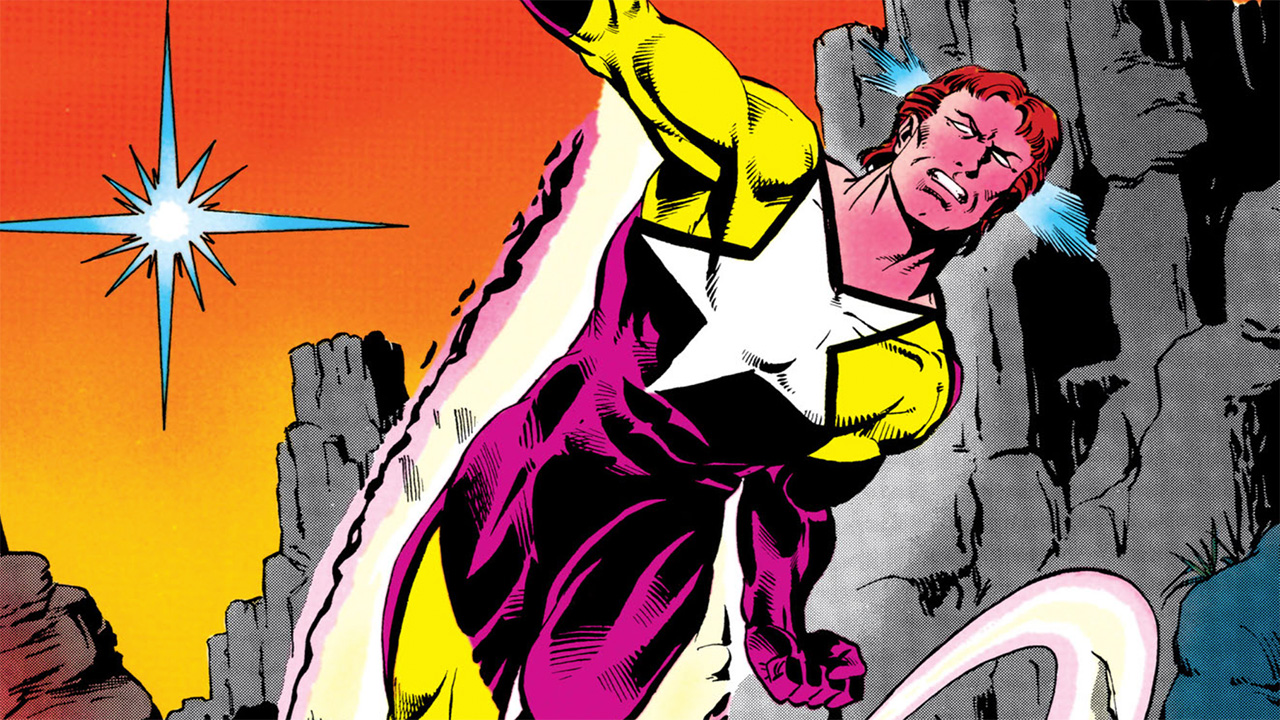 The cosmic energy of Prince Gavyn was absorbed by Will Payton, protagonist of the first ongoing Starman series with “the power of a living star.” This long lost incarnation of Starman recently reappeared in the current Justice League series to aid in the battle against the celestial being Perpetua.

The eldest son of Ted Knight, the original Starman. After inheriting the role from his father, David took up his the original Gravity Rod to protect Opal City. He was killed by his father’s arch-nemesis, the Mist.

David Knight’s younger brother, and the protagonist of the acclaimed Starman series by James Robinson. Jack inherited the Cosmic Staff, an improvement on the Gravity Rod of his father’s design, and spent many years reckoning with his complicated legacy before retiring himself and passing the Cosmic Staff on to Courtney Whitmore.

The distant future Starman of the 853rd century, and descendant of the Knight family line.

Doris Lee made her debut by Ted Knight’s side as his girlfriend in 1941. In a flashback story told in 2000’s Starman #69, Doris becomes “Starman for a Day” and teams up with the rest of the JSA’s significant others to rescue them from the clutches of their enemy Brain Wave.

The original Starman’s JSA co-member Doctor Mid-Nite filled in for Ted during a Starman story arc set in 1951. 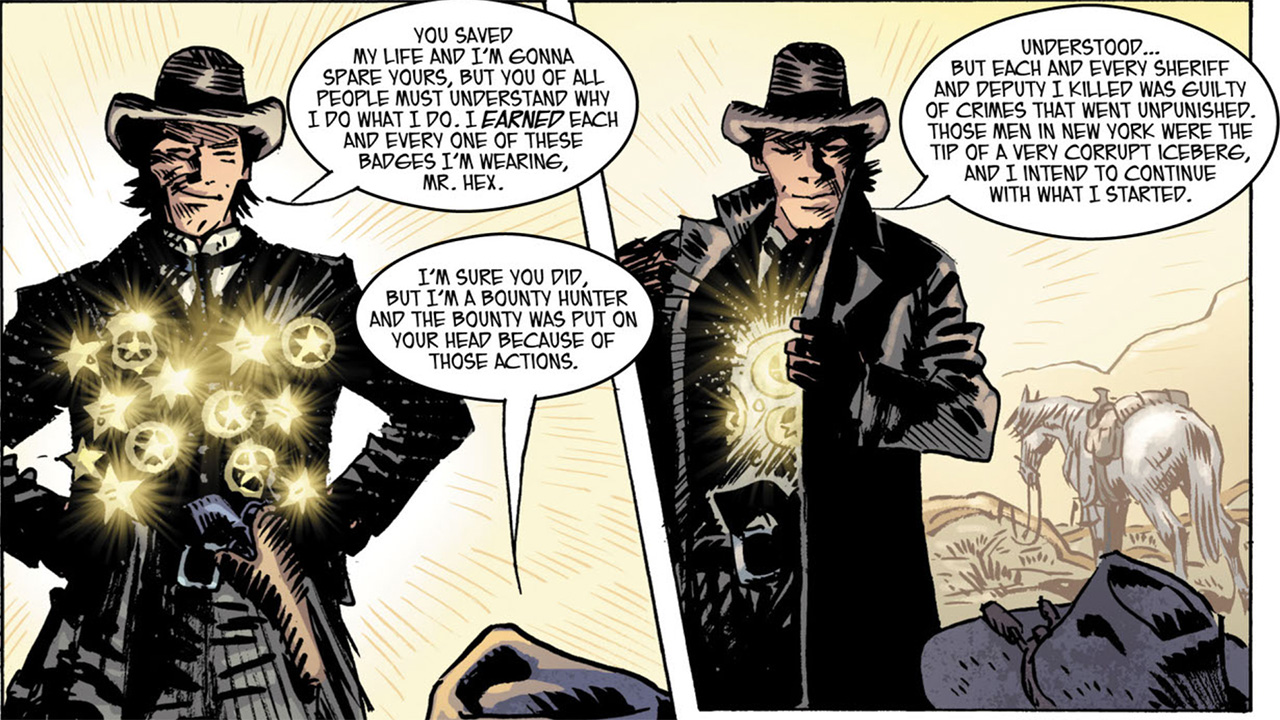 The last introduced and the first in chronology, Victor Sono bears no relation to the other Starmen or any powers cosmic. This 19th century outlaw merely earned his name for the star badges he collected from each town sheriff who fell to his pistols.

Honorable mentions: Thom Kallor, the Star Boy of the Legion of Super-Heroes (who himself becomes Starman in the future of Kingdom Come); Sylvester Pembleton, the somewhat related Star-Spangled Kid; and the modern heiress to the “Starman” legacy, Courtney Whitmore — Stargirl.

BECAUSE THE KNIGHT BELONGS TO ARKHAM 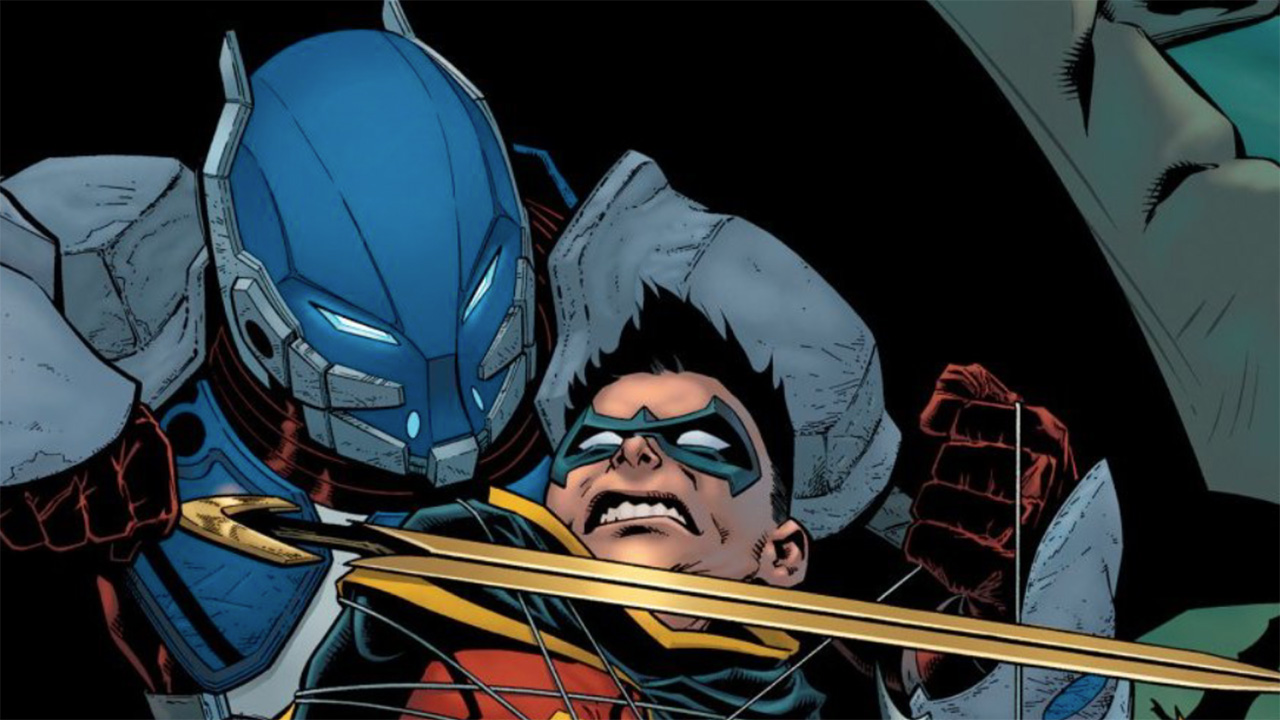 “Hi! This is my first time asking a question and I’m really excited. Who is Astrid Arkham and why are there 2 different Arkham Knights?”

Hi, seitan! Seitan is one of the most active participants for our weekly “Trivia Tuesday” competitions in the community. Join us next week at 2:00 PM Pacific, 5:00 PM Eastern to answer MY questions about the Birds of Prey!

If you will, please allow me to answer your second question first: that answer being Peter J. Tomasi. Peter Tomasi was the writer responsible for many of the comic book tie-ins to the Batman: Arkham video game series, where he did a lot of ground work to fill out the backstory of the final game’s central villain, the Arkham Knight… who turned out to be Batman’s long thought dead second partner as Robin, Jason Todd.

When Tomasi was announced as the new ongoing writer of the flagship Detective Comics title through issue #1000 and beyond, Tomasi wanted to celebrate the milestone in a big way: by introducing the Arkham Knight to comics. But because the status of Jason in the comics was entirely different to the one established in the Arkham video game continuity, a new identity had to be devised for this iconic enemy. Tomasi took the liberty of designing a new Arkham Knight as the daughter of Arkham Asylum director Jeremiah Arkham, and an asylum psychiatrist in her own right, beloved by all its inmates. With an inbred sympathy for even Arkham’s most detestable felons, Astrid Arkham sees herself as a champion of the oppressed by directly attacking the figure she deems responsible for perpetuating Gotham’s cycle of violence: Batman.

And that clears the docket for this week! Please feel free to stop by for the next round of hard-hitting investigations towards all the nitty-gritty of the DC Universe stuck in your collective craws. For the relief that only enlightenment can bring, you need only ASK… THE QUESTION.