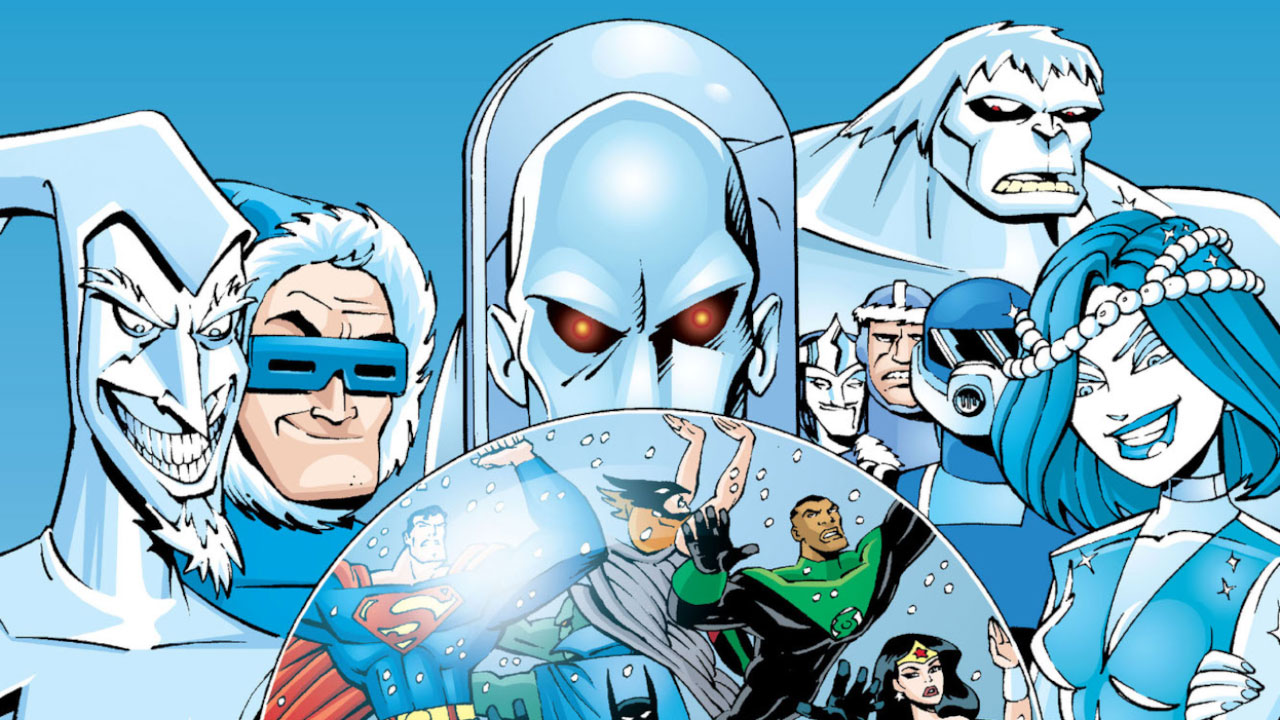 Ask...The Question: How Many Ice Villains ARE There?

Hello. I’m Alex Jaffe, better known in our Community as HubCityQuestion. My personal mission: to take on any question you have about the DC Universe -- no matter how strange, granular, or obscure -- and present you with an answer. As a faithful steward of the truth, I offer my time in this weekly column to address these inquiries. If you’d like to submit one of your own, you can stop by my office at any time in our Community to state your case, each of which I will in time address to the best of my ability. Let’s get quizzical! 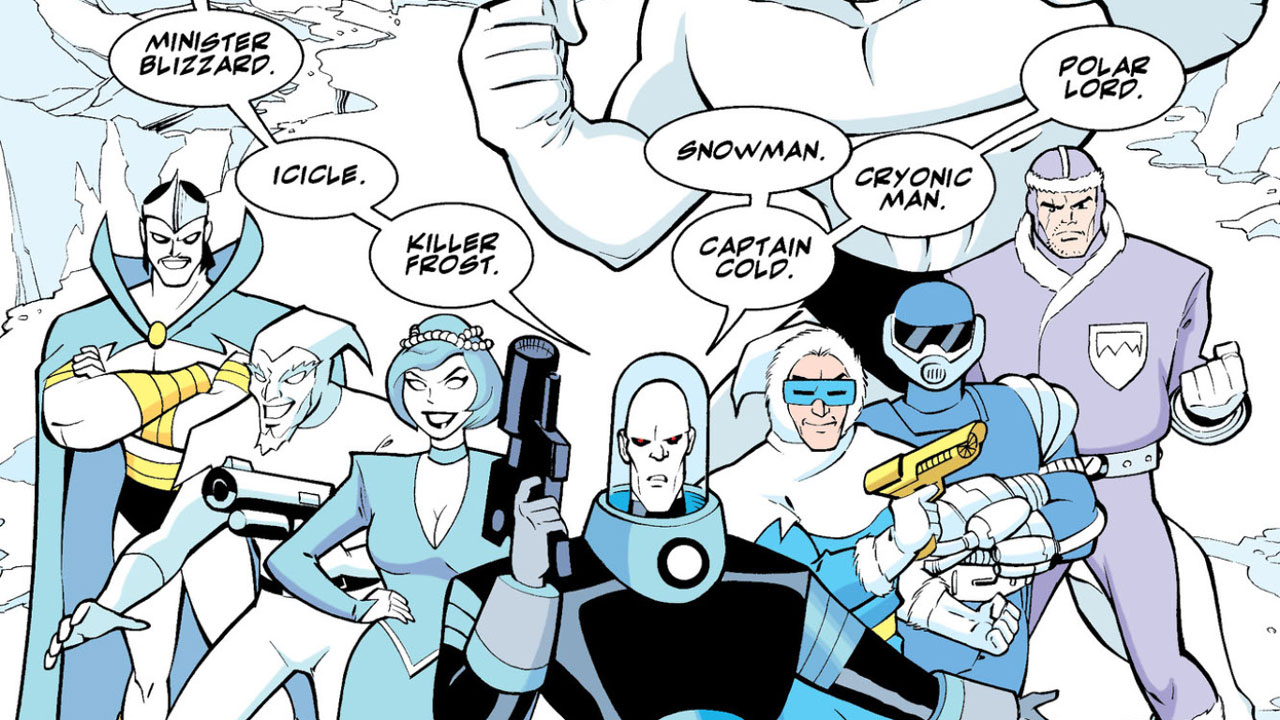 You’ll have to pardon the pun, but considering the subject matter, it’s unavoidable. Reep, my friend… that’s only the tip of the iceberg. In addition to Fries, Snart, and the many incarnations of Killer Frost and Icicle there have been over the years, there are about thirty different ice empowered villains in the rafters of the DC Universe. I’ll do my best to address each of them here:

Abominable Snowman: A one-off Bronze Age super-villain, and the actual, mythical abominable snowman from cryptid folklore. This yeti can assume human form as “Doctor Phoenix,” and has the ability to control ice and snow. He’s mad at Superman for disturbing his sleep when his rocket broke through the atmosphere and crashed to Earth as a baby.

Bizarro: Yeah, we’re counting Bizarro. Unlike Superman, who has freeze breath, Bizarro has the power of freeze vision.

Blizzard: Lizard-faced member of Dark Nemesis, enemies of the ‘90s incarnation of the Teen Titans.

Darryl Brown: One of DC’s newest ice villains, introduced in season 2 of Harley Quinn  as the disapproving father of Kite-Man.

Blue Snowman: The original DC ice villain, dating back to SENSATION COMICS #59 in 1946. An early member of the Wonder Woman oppositional force of Villainy, Inc., Blue Snowman is in fact Byrna Bryliant, a thief who disguises herself as a man.

Cold Warrior: Minion of Stalker the Soulless, enemy of the Justice Society of America.

Coldsnap: Member of the Masters of Disaster, enemies of the Outsiders.

Cooler: An enemy of the Stormwatch Post-Human Division.

Tyler Crenshaw: Member of the “Weather Girls,” a team of villains from season 7 of Smallville.

Cryonic Man: Are you a fan of Mr. Freeze because of his sympathetic backstory and complex motivations? Well, before Paul Dini and Bruce Timm swiped that for their now classic reinvention of the character in “Heart of Ice,” it was originally the backstory of Cryonic Man, an early enemy of Batman and The Outsiders who was stealing transplant organs from hospitals to save his family. Unfortunately for The Outsiders, Katana was a perfect match for his wife. You may have seen this plot already as the story of the movie Batman & Mr. Freeze: Sub Zero  -- but years earlier, Cryonic Man got there first.

Endless Winter: Delores Winters first appeared in 1940’s ACTION COMICS #20, as an early host body of Superman’s first super-villain enemy, Ultra-Humanite -- but Winters returned in the ‘00s with powers and a codename of her own. Hm… doesn’t DC have an event coming up called “Endless Winter”...? Oh well, probably a coincidence.

Freon: Member of the “Terrific Trio,” enemies of Terry McGinnis in the future of Batman Beyond.

Frost Creature: A villain from the tie-in comics to the Superboy  television series.

Frostbite: The alternate universe Crime Syndicate counterpart of the Justice League’s Ice. (Ice is also considered a villain on the Tangent Earth, as a member of the Fatal Five.)

The Hound: Counterpart to the fire-powered Brimstone in the “New Age of Heroes” series THE CURSE OF BRIMSTONE.

Ice King: Member of the Evil Eight, a team of villains from the ‘80s run of “Dial H for Hero” in ADVENTURE COMICS.

King Atlan: The original king of Atlantis, who was responsible for the sinking of Atlantis in the continuity of The New 52. Included in his arsenal of powerful sorcery was a formidable ability of cryokinesis.

Sean Kelvin: a classmate of Clark Kent’s at Smallville High, transformed by meteorite exposure in season 1 of Smallville.

Lord Ewald: The arrogant brother of Ice, and perhaps the closest thing she once had to a nemesis.

Minister Blizzard: Another one of DC’s oldest ice villains, dating back to Wonder Woman’s Golden Age rogues gallery in 1948.

New Moon: Member of the morally conflicted Moon Dancers, who sought to bring about world peace by dismantling all nuclear weapons.

Snowman: A human/yeti hybrid who fought Batman for a couple of years in the ‘80s, before Mr. Freeze’s big comeback.

I HAVE NO RIVAL, NO MAN CAN BE MY EQUAL 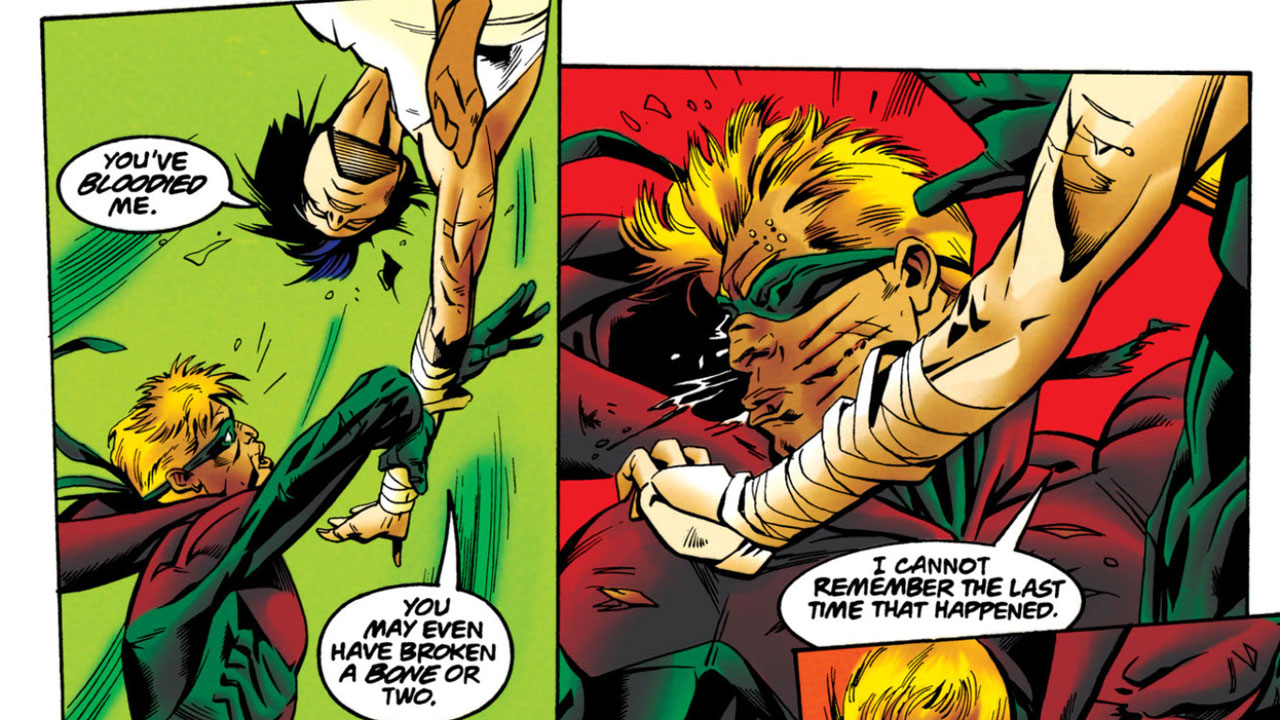 “Has Shiva ever truly met her match in combat? I know Cassie “killed” her, but I’ve always been in the opinion Shiva, despite what she wants for Cass, doesn’t actually want to kill her child deep down, so I chalk up the 50/50 thing to that. I also know how it went with Prometheus in BOP, but I’m in the opinion there, she underestimated his updated files in the helmet. I’m also not counting her in training and learning curve, because I took plenty of “losses” in the boxing gym as my skills were developing. I guess what I’m asking is, as Shiva approached and reached her peak, has she ever been truly humbled in combat by an opponent where emotions (even hidden ones with Cass) or underestimation (Prometheus) didn’t play a part? Has she ever truly met her better?” -jgj-usmc

Short answer, and the one in my heart: No. Never. Lady Shiva is unmatched as a martial artist in the DC Universe, and any time you see her written otherwise is an affront to the sanctity of her character.

In July 2019, I wrote a piece in this column setting the record straight about Shiva’s perceived status as existing to prop up other martial artists. Exceptions can be made for Cassandra Cain, but apart from that I don’t personally count any victory in combat against Lady Shiva as legitimate. But, what the hey, let’s go through all the times Lady Shiva has lost, and how that happened.

The Sinister Samurai: One of Shiva’s first battles, in 1976’s RICHARD DRAGON, KUNG FU FIGHTER #11. The only fight she loses in the entire series, and can be attributed to her relative lack of experience at the time.

Bruce Wayne: Shiva loses to the player Bruce Wayne in the “Initiation” campaign of the videogame Batman: Arkham Origins, which takes place early in both of their fighting careers. Later, in the game’s main campaign, Shiva disengages from her fight with Batman after she’s seen enough. This is something Shiva does often, fighting someone long enough just to test their abilities as adequate.

Jason Todd: In Lady Shiva’s fight against Batman in “A Death in the Family,” Shiva clearly has the edge until Jason Todd hits her with a rock from the sidelines. In RED HOOD AND THE OUTLAWS, Jason quickly dispatched Shiva by using a “shortcut” in a fight against her… or, in other words, nonsense.

Tim Drake: After losing to her in their first fight, Tim used a trick staff to catch Shiva off guard in 1991’s ROBIN miniseries and knock her to the floor. But hey, Shiva was doing her part to train Tim Drake, and I’ll say she gave him the win on purpose.

Catwoman: Hits her with a chair while she isn’t looking in “Hush.”

One of Shiva’s greatest weaknesses is when battling a telepathic opponent who can interfere with her mind, or see her moves ahead of time. One of these opponents is the aforementioned Prometheus (whose downloaded copies of Shiva’s techniques functionally made him a precog in their fight). Other enemies to use similar techniques with success against Shiva are the cult leader Sa’ar in JUSTICE LEAGUE TASK FORCE #4, Archer Braun in BIRDS OF PREY: MANHUNT, and Batman while she was being controlled by Gorilla Grodd in BATMAN/SUPERMAN #3.

Another tried-and-true method for defeating Lady Shiva is to poison her before the fight starts. This technique has been used by both Tim Drake and Cheshire on separate occasions.

Lady Shiva has no equal, save her own daughter, but others have come close to beating her. Compatriot Richard Dragon has fought Shiva to a standstill on many occasions, but would admit that if it really came to a death battle between the two of them, she would be the victor. Lady Shiva defeats Connor Hawke, the son of Green Arrow, in GREEN ARROW #135, but he lands more hits on her in the process than perhaps any opponent in history. And then there’s Strix, a reformed Talon, who must be paid respect for actually managing to break Lady Shiva’s arm -- a feat which would have all but assured Strix’s death if not for the intervention of her teammates in the Secret Six. 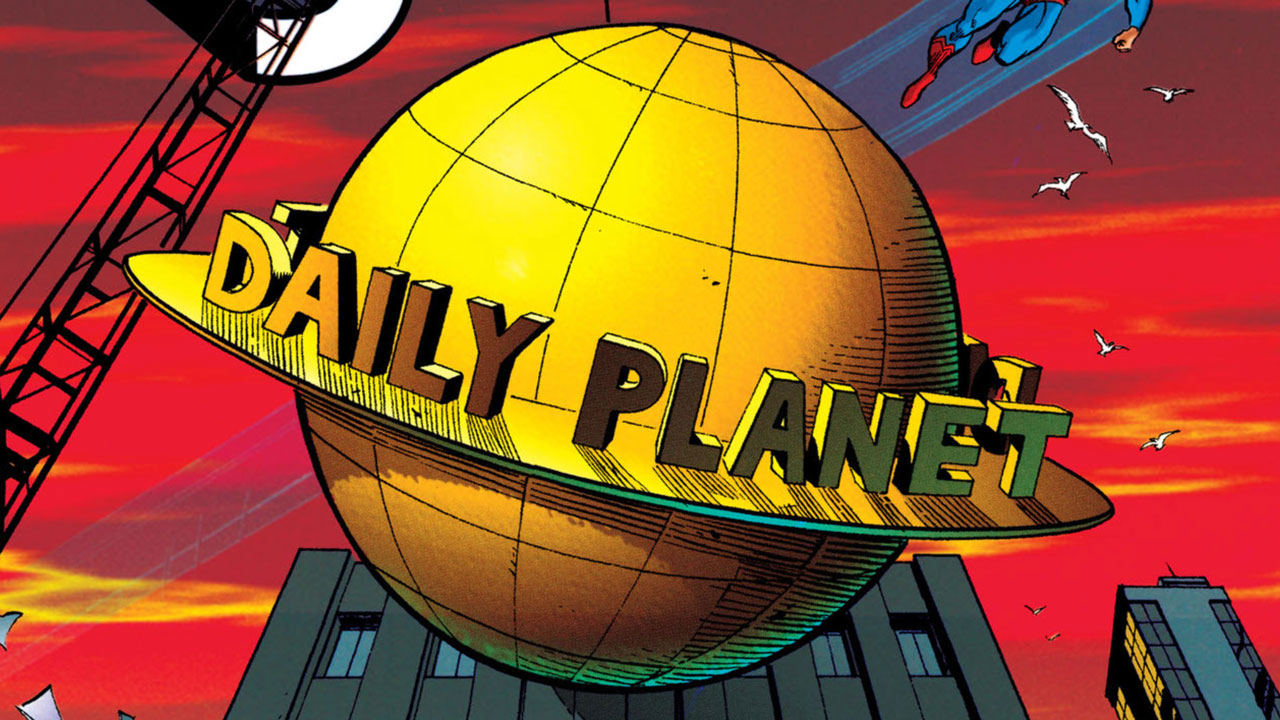 “Why was the ‘Daily Star’ name changed to ‘Daily Planet’? When was the first appearance of them as separate entities?” -Green_Loontern

Like many of the earliest elements of the Superman mythos, the origin of that great Metropolitan newspaper which employs the mild-mannered Clark Kent is very much a reflection of the upbringing of the Man of Tomorrow’s two creators, Jerry Siegel and Joe Shuster. According to a retrospective on the Canadian influences on Superman by CTV in 2006, In this case, it’s Shuster who’s to blame for both names, each one an attempt to pay tribute to his hometown of Toronto, Ontario. Growing up in the Shuster household, Joe’s parents would receive a copy of the Toronto Daily Star every morning, and was the paper of record for most of his life. As a boy, Shuster’s first job was working in the Daily Star offices himself -- an experience which would inform Clark Kent’s early working life. So when creating Superman’s world, Shuster took the name of the Daily Star in honor of the daily Canadian publication which provided his window to the world.

That was well and good for comic books. But a conflict of interest presented itself when Jerry and Joe began to pen a new syndicated version of Superman for newspaper comics. The Daily Star name would have to go, because it could be seen in international syndication as a preferential endorsement of the real Daily Star newspaper. Shuster attempted a compromise by renaming the paper the Daily Globe, as a tribute to Toronto’s other major paper, The Globe and Mail. But this, too, was considered too close in name to the genuine article, and a synonym for “Globe” was chosen as a more oblique tribute -- and thus, the Daily Planet  we know today was officially christened.

The Daily Star would live on once more in the Bronze Age, as the workplace of Superman’s Earth-Two counterpart. This was established in 1978’s ACTION COMICS #484, a special 40th anniversary issue featuring the marriage of the Golden Age Lois and Clark. After CRISIS ON INFINITE EARTHS, The Daily Star was re-established in Metropolis as a competing paper to the Planet, and so it remains today.

Well, that’s it for now. But remember you can always come on by the Community to ASK… THE QUESTION.