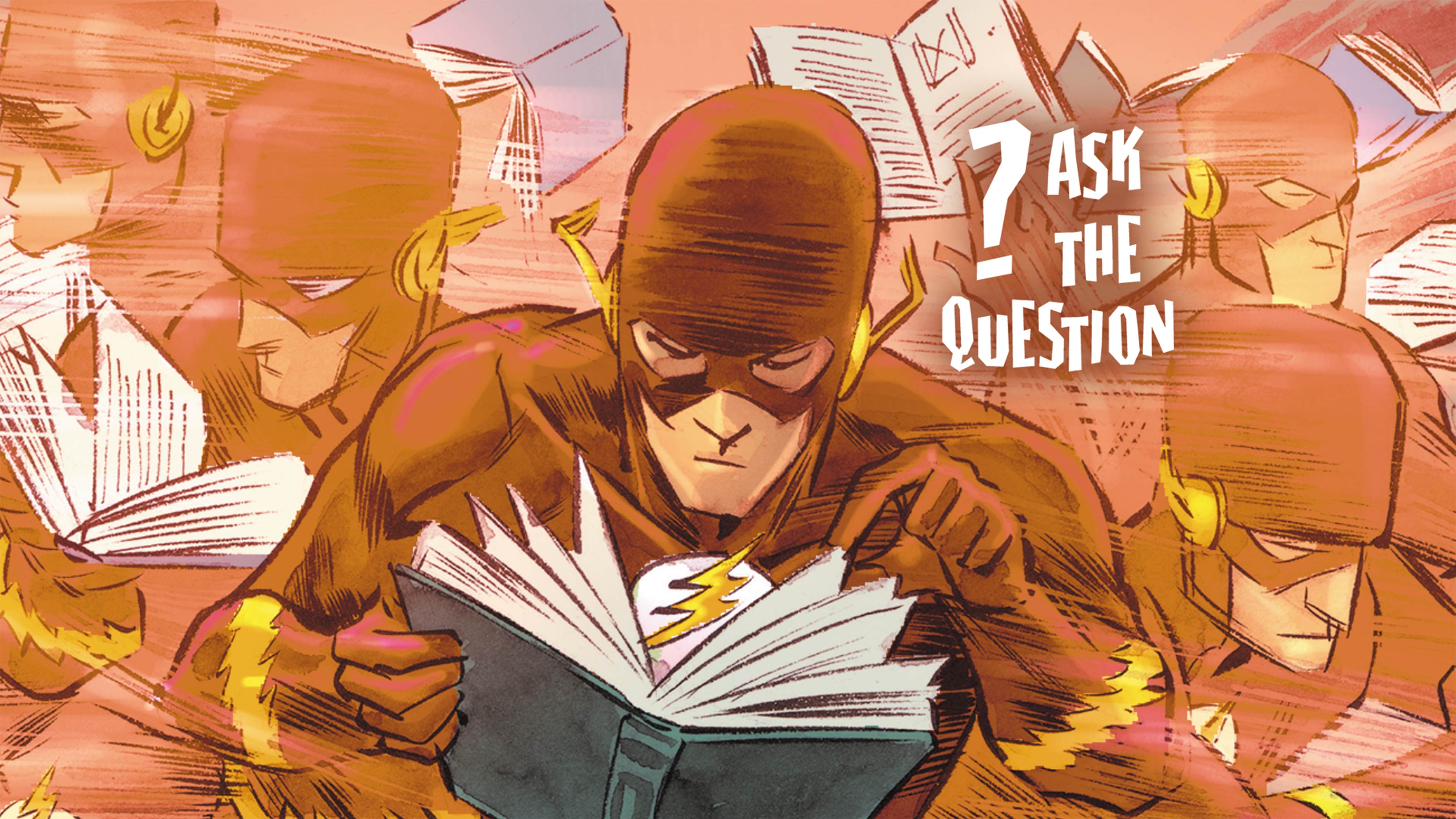 Ask...The Question: How Long Would It Take to Read Every DC Comic Ever Published?

THE LIBRARY IS OPEN! 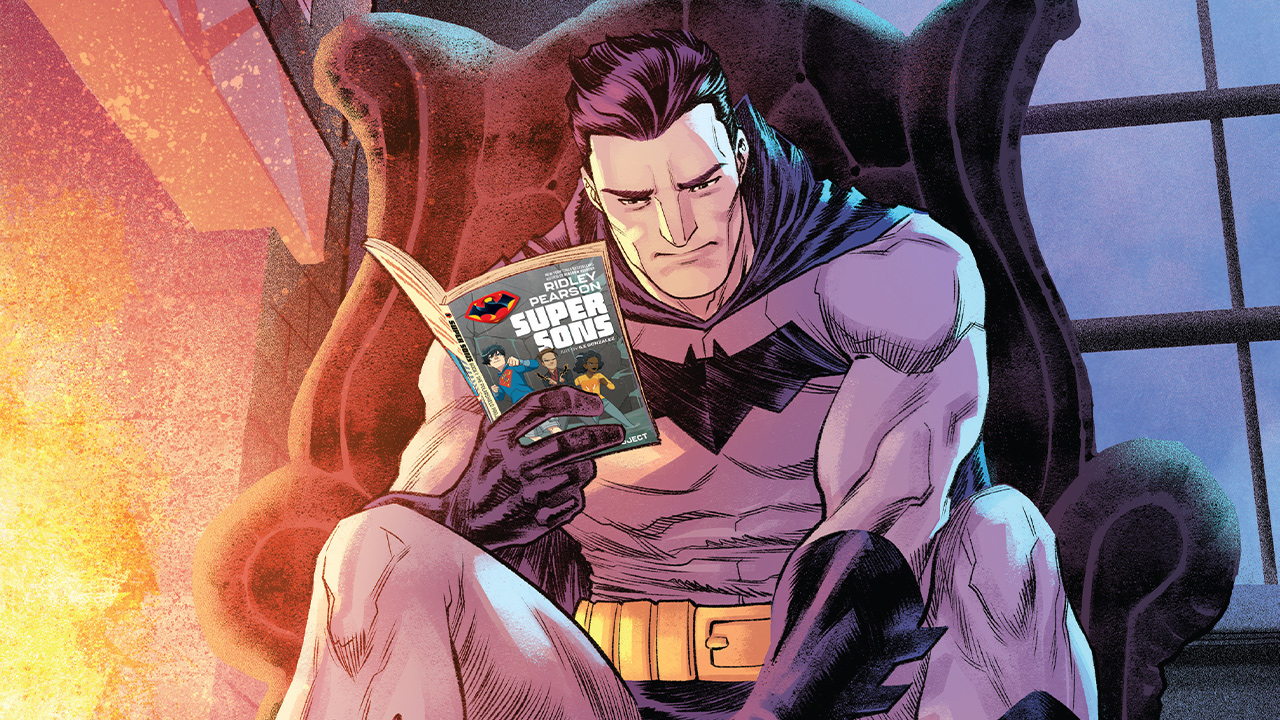 “Is it physically possible to read every comic DC’s ever published? Have some been lost to time, or is there even enough time in the average human lifespan?” -Numbuh1Nerd

As illuminated in a fascinating DC Universe exclusive Q&A last May with DC archivist Benjamin LeClear, there are a few very early issues- about 30, by LeClear’s estimation- which remain missing from the complete archives. For the most part, these are early anthology titles with little connection to the legacy characters of the DC Universe -- for instance, the early issues of New Comics, which eventually became Adventure Comics. That number gets a bit larger when you account for back issues from acquired libraries like those of Quality and Fawcett Comics, but the absences are relatively minor.

But provided those few missing issues might eventually turn up, let’s try to calculate the second part of your question.

First, we have to calculate how much time it takes to read a comic book. I’ve seen estimations as low as 7 minutes and as high as 20, but let’s go with the latter -- because many of these comics are well over standard length, and earlier comics tend to be a lot wordier than the modern day fare, slowing down the rate.

Next: how much time per day can we dedicate to reading comics? According to the American Sleep Academy and the Bureau of Labor Statistics, we spend an average of 7 hours a day sleeping, and 1 hour eating. Let’s allow another 2 hours a day for any other necessities, such as basic hygiene or pretending to work from home. That gives us 14 hours a day to read comics. At 20 minutes per comic, that’s 42 comics a day.

By my own estimation, as of the publication of this article, DC has published or maintains ownership of 47,991 comics. At our established rate, it would take 1,143 days to catch up with everything published thus far--or just over 3 years.

But we can’t just look at the archive numbers. We also need to account for the number of DC Comics which will continue to be published over this project. In 2019, just a little over 1100 comics were published by DC over the course of the year. If we assume consistent publication and multiply that number by the amount of years it’ll take to complete the archives, that gives us an additional 3,445 comics to read (rounding up). That brings us up to 51,436 comics. Which means that to read every DC Comic, you’d have to consistently read for 14 hours a day, every day, for 1,225 days, or 3.35 years. As it turns out, well within the human lifespan!

But when would that no longer be the case? Again, assuming the current rate of publication consistency, we get about 1100 more comics added to the DC library every year. That’s just over 26 days worth of comics at our established consumption rate. At 26 more days worth of comics per year, it would take about 15.2 years to add a full year of reading material to the DC library.

According to the CDC, the average human lifespan in the United States is 78.54 years. So to add another 75.19 years of reading to the DC library, DC would have to maintain publication at its current rate for the next… 1,143 years. (Hey, that’s how many days it would take to read the whole library now! Weird coincidence, huh?)

This is all to say that even though the idea of reading the entire DC archive may seem intimidating, as long as you’re reading this before the year 3163 AD, it can be done!

IF YOU CAN'T TAKE THE HEAT VISION, STAY OUT OF THEMYSCIRA

“Why is Superwoman (Earth-3) depicted with heat vision if she is Amazonian, not Kryptonian?” -PVA_Glue

This is… a really good question. And one which, to my knowledge, has yet to be explicitly answered. Superwoman, the counterpart to Wonder Woman in Earth-3’s Crime Syndicate of America, has all the powers of her Prime Earth counterpart--but is also capable of using heat vision, as if she were a Kryptonian. But I do believe we can find an IMPLICIT answer in the physiology of Superman’s Earth-3 counterpart, Ultraman.

Like Superman, Ultraman is the last survivor of his universe’s counterpart of Krypton. But unlike Superman, his physiology works in a completely different way. He is empowered by Kryptonite, often gaining new abilities upon exposure to new types of the irradiated rock, and is weakened by the light of the yellow sun. If that’s the case for a Kryptonian from Earth-3, it stands to reason that an Amazon’s physiology may be quite different from the one we’re more familiar with as well. Whether or not heat vision is a common Amazon trait on Earth-3 is something we may never know, because Superwoman killed them all.

GHOSTS WITH THE MOST 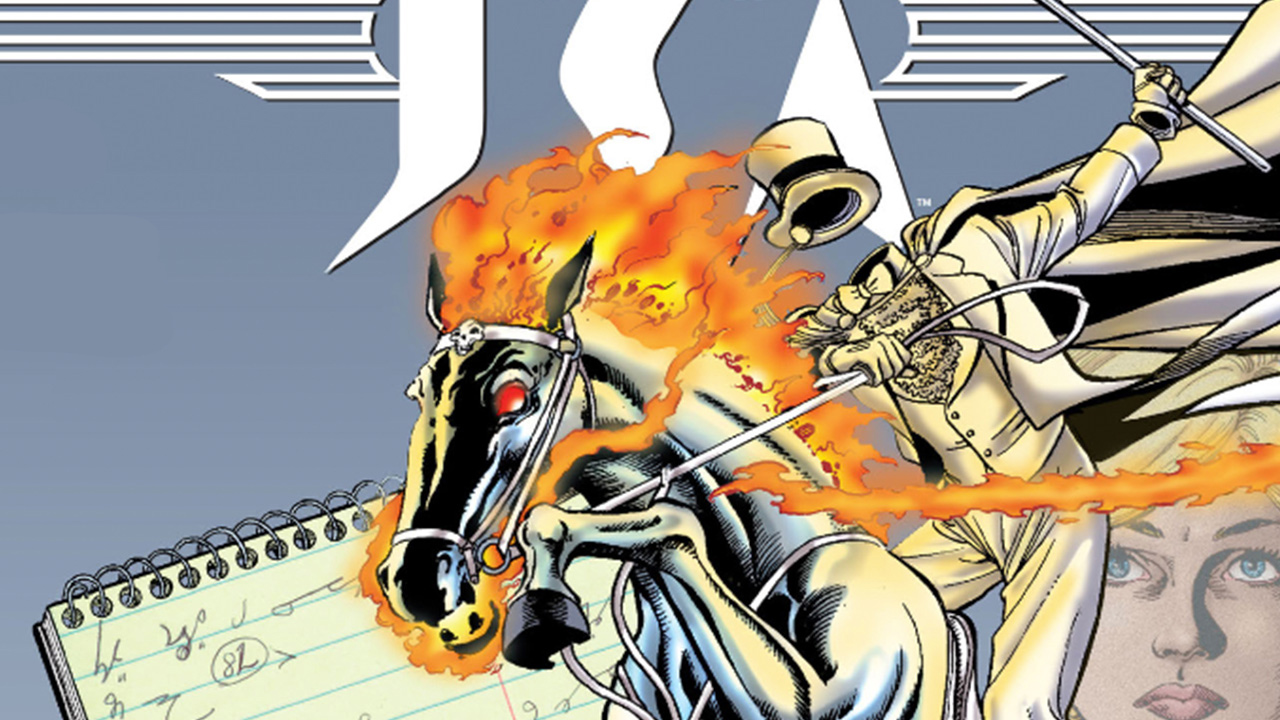 “One of the most enjoyable aspects of the old Haunted Tank adventures was always Jeb Stuart’s interaction with his ghostly ancestor, “The General.” Which got me to wondering, just how many active spooks are there in the DCU these days? I can think of a few off the top, but I know there are others.” -Wrightline1.42741

As always with these types of questions, let’s start with a definition of terms. “Active” indicates to me a ghost which has appeared on this side of the 2011 “Flashpoint” continuity hard reboot. To count as a ghost, the entity must be the spirit of a once living person, now deceased. If that person has returned to life since that appearance, as is often the case here in the DC Universe, that ghost may no longer be considered “active.” This is also the case for any ghost who by some reason or another has moved onto the afterlife, ending their spectral internment upon this mortal plane.

With all that in mind, here’s my active ghost accounting for the DCU:

1. AMITY ARKHAM: a colonial era ghost who haunts the grounds of Gotham Academy.

3. JAMES CRADDOCK: The Gentleman Ghost, one of Hawkman’s most persistent foes.

4. GARY “GAZ” LESTER: Doomed mate of John Constantine. There are quite a number of ghosts who flock around John, actually, each one of all the people close to him he’s sacrificed over the years, but Gaz is the most prominent.

5. MIRAND’R: Tamaranean avatar of retribution for the Lords of Order and Chaos, and friend of Harley Quinn.

6. KING MUNMU: Ghost of a 7th century ruler of ancient Korea, who selected Ahn Kwang-Jo as his champion--the Dragonson.

7. GENERAL J.E.B. STUART: The ghost what haunts the Haunted Tank.

As for me, I’m no buster of ghosts--all I do is count them. But if what haunts you is a quandary about the nature and specifics of the DC Universe, then please, drop me a line in the community. All you need to do is ASK… THE QUESTION.