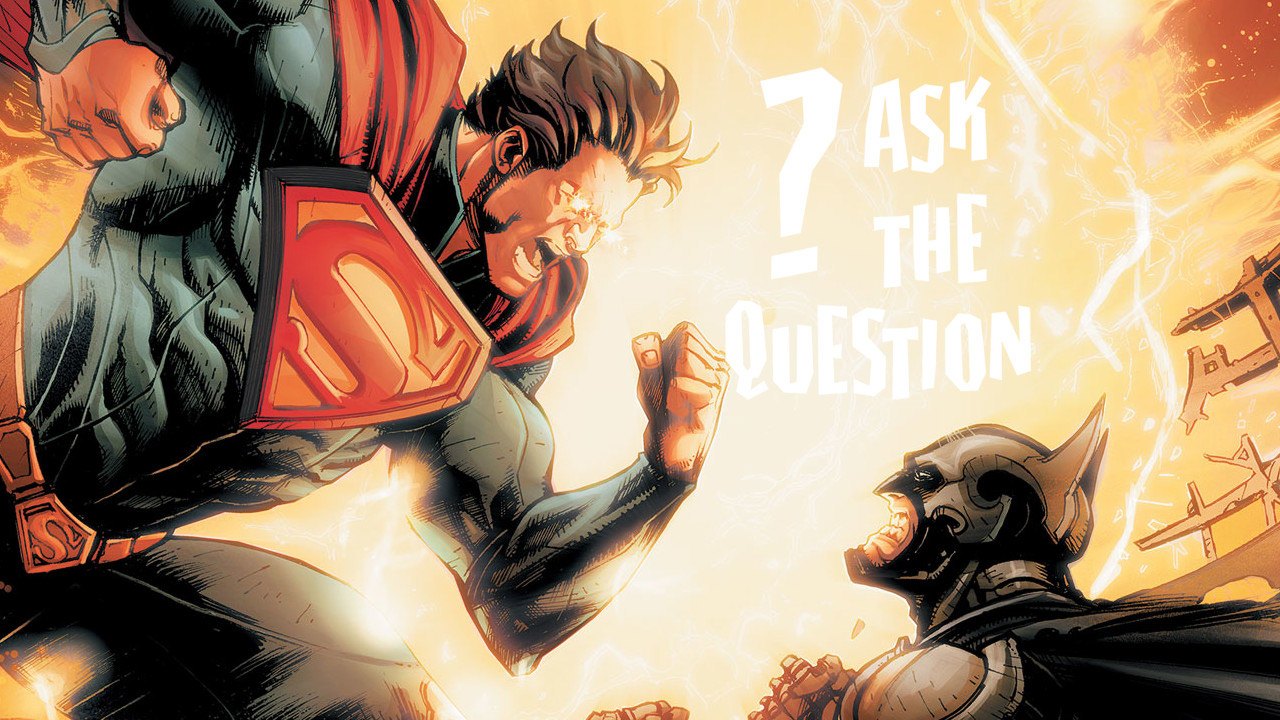 Ask...The Question: How Does INJUSTICE Fit into DC Continuity?

BORN ON THE FORCE OF JULY 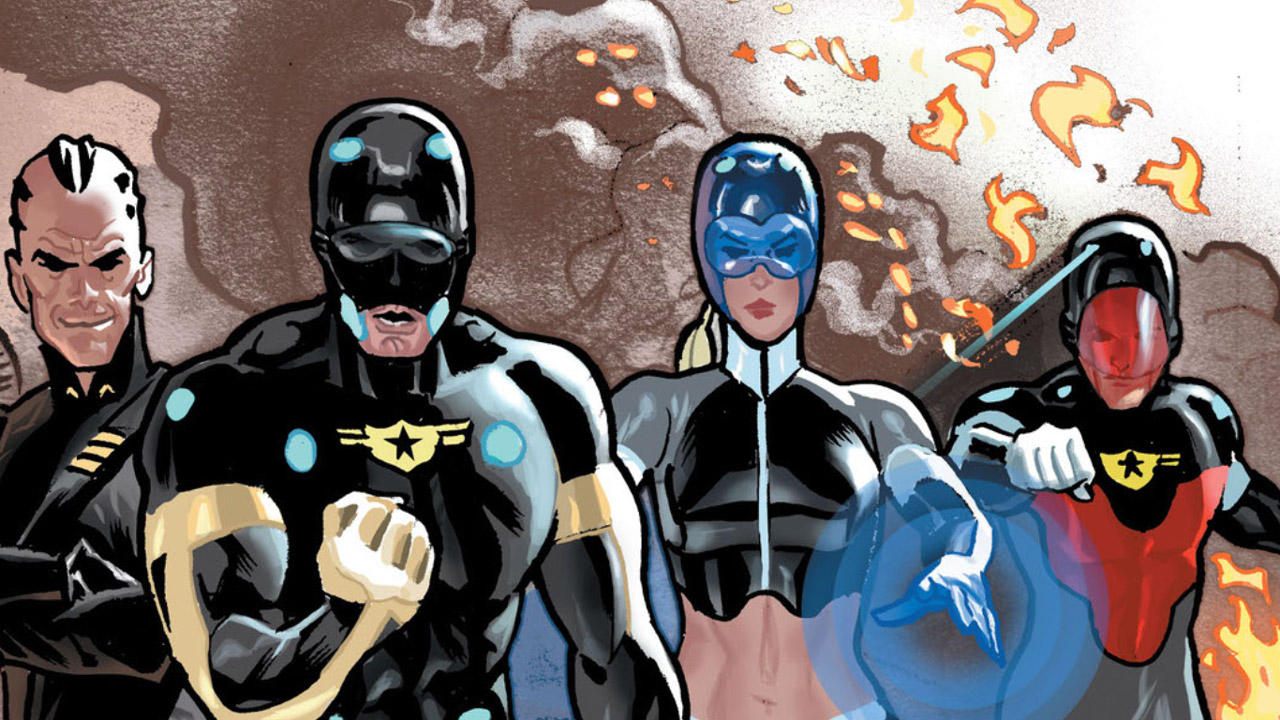 “Did DC’s original group of Freedom Fighters led by Uncle Sam (are they even active in the Rebirth universe?) ever cross “muskets” with the Force of July in their heyday? They’d seem like natural adversaries (or allies), depending on how the story’s spun.” -Wrightline1.42741

Your story instincts serve you well, Wrightline. The patriotic Freedom Fighters and the empty, jingoistic Force of July first introduced in BATMAN AND THE OUTSIDERS make for interesting thematic counterparts on what it truly means to fight for America, in spirit or by letter. I’ll answer your parenthetical first: while there were attempts to revive the Freedom Fighters on “Prime Earth” early on in the New 52, we haven’t seen much at all of them since Rebirth began. However, just as has been the case since the Bronze Age, Uncle Sam and his Freedom Fighters remain the premiere superheroes of Earth 10 (or “Earth X”), as seen in THE MULTIVERSITY and its recent spinoff FREEDOM FIGHTERS series set on that alternate Earth.

That early New 52 incarnation was brought to us by the writing team of Justin Gray and Jimmy Palmiotti, and it wasn’t the first time they tried to breathe new life into these wartime stalwarts. Though the Force of July as we know it was destroyed in the Suicide Squad/Checkmate crossover “The Janus Directive,” Gray and Palmiotti brought back many of its members as tools of a corrupt government on the hunt for the rebellious Freedom Fighters. Now known as the special ops team “First Strike,” this reimagined Force of July provided a powerful testing ground for a new generation of Uncle Sam’s finest. You can bear witness to this epic showdown for the soul of America in the 2006 INFINITE CRISIS spin-off, UNCLE SAM AND THE FREEDOM FIGHTERS. 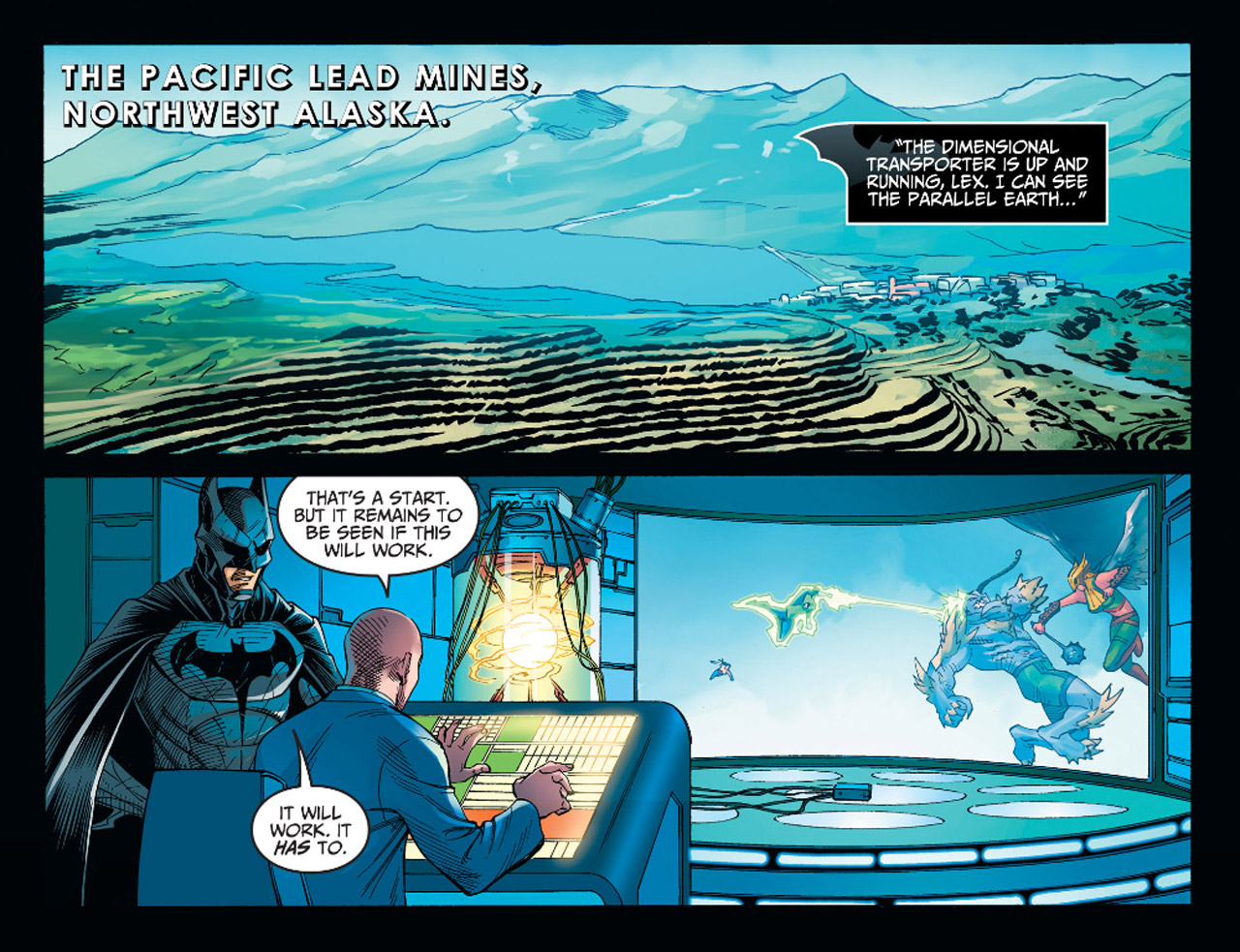 “I see debates a lot where people discount the INJUSTICE storylines because they ‘aren’t considered canon.’ Are they canon to DC continuity or more like an Elseworlds story?” -Dominickzadera.38404

Well, Dominick, let’s consider the very premise of the INJUSTICE series: after Superman is driven over the brink and takes control of Earth’s government, a five-year campaign by a Batman-led resistance proves fruitless until he turns to another Earth for help -- an Earth quite similar to the version of the DC Universe we know. Immediately, INJUSTICE is established as taking place in a separate version of continuity, where characters not only make different decisions, but sometimes have different relationships with one another. For instance, in the world of INJUSTICE, Wonder Woman had lost her faith in humanity long ago, and Superman and Lex Luthor remained the best of friends well into the time the story takes place. So while the characters of INJUSTICE are all familiar in their own ways, they do have their differences from their counterparts we all know. This would make the INJUSTICE story more akin to an Elseworlds story, as you suggest. The world of INJUSTICE even made a quick cameo early on in DC’s CONVERGENCE event, further suggesting the world as one of the infinite Earths which make up the DC multiverse. Which isn’t to say that it doesn’t “count.” Rather, quite the contrary: what makes DC’s multiverse special is that everything  counts.

IS THE QUESTION A “CHARLES” OR A “VICTOR”? 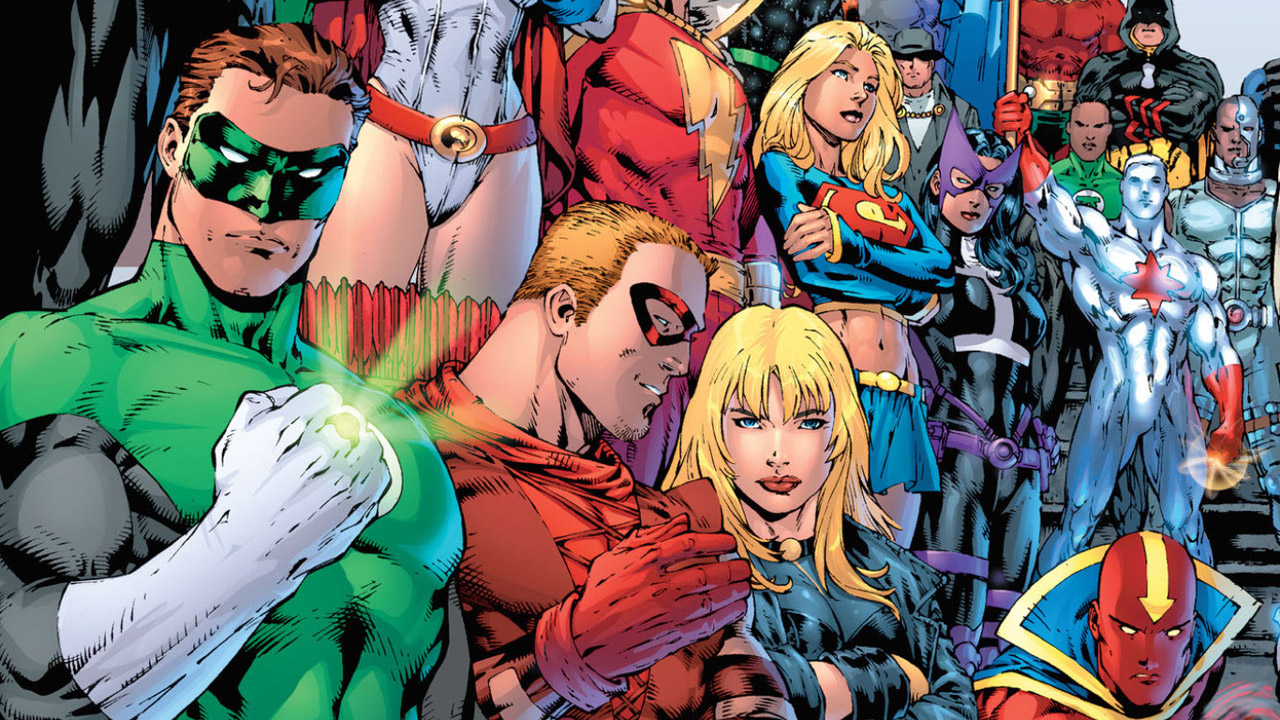 OK, I’ve got one here that might be a doozy: What’s the most common first name among superheroes in the DC Universe? I thought of this because of Ted Grant, Ted Knight, and Ted Kord. Or Jason Garrick, Jason Blood, and Jason Todd. -BatJamags

To conclusively solve this one, I’d have to conduct a survey of every superhero in the DC Universe. A pretty daunting task, considering there are 18.5 thousand characters in the DCU, and the line between who and who doesn’t count as a “superhero” is often blurred. But I felt I could get a meaningful sample size if I constrained myself to heroes and anti-heroes who have made at least 100 appearances, counting reprints and recollections for significance. That’s a sample size of 304 heroes, and I dare you to come up with more names than that. In the cases of characters with alien names such as Superman (“Kal-El”) or Starire (“Koriand’r”), I filed them under their Earthling sobriquets (“Clark” and “Kory”). I also discounted most of the Legion of Super-Heroes because those names are mostly unique. You don’t see a lot of Imras, Rokks, or Reeps around. Some exceptions were made for characters like Lightning Lad (“Garth”), Sun Boy (“Dirk”), and Bouncing Boy (“Chuck/Charles”).

So, having gone through the thousand most prominent superheroes in the DC Universe with standard human names, this is the data at which I arrived:

Wildcat, Blue Beetle, and Starman are indeed the heroic “Theodores.” There’s one more significant “Jason,” though: Jason Rusch, Firestorm. Also in the four name club: Henry (Brainwave Jr., both Commanders Steel, and Hawk), and James (The Spectre, Bulletman, Mr. Majestic, and Nightmaster). You’ve got four “Jennys” if you count Jenni Ognats, Jennifer-Lynn Haden, Jennifer Pierce, and all the incarnations of Jenny Sparks.

But the most common name by far is also one that’s so boring you probably didn’t even bother to think about it: John. (Sorry to all the Johns out there.) John Jones, John Stewart, John Constantine, John Smith (alias of Red Tornado), John Henry Irons, Johnny Thunder, Giovanni “John” Zatara, Johnny Quick, John Lynch of TEAM 7, Sargon the Sorcerer (whose real name is John), the original Tarantula John Law, John Trujillo, another Black Condor… and that number only gets higher if you count Jons and Jonathans like Viking Prince, Black Pirate, and Superboy.

I’ll be back next week to share more wisdom on the secrets of the DC Universe. Until then, you can always avail yourself to ASK… THE QUESTION.