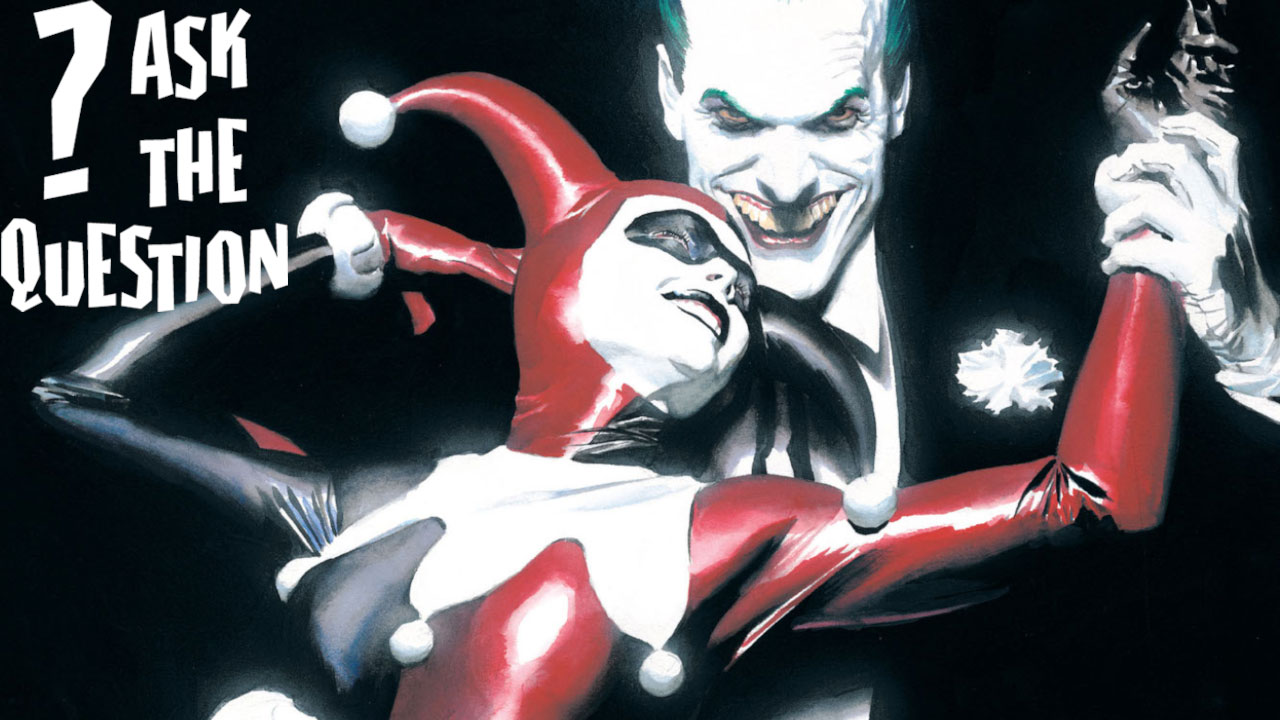 Our resident expert takes on any question you have about the history of the DC Universe.

Ask...The Question: How Do You Make an Obscure Character More Prominent?

Hello. I’m Alex Jaffe, better known in our Community as HubCityQuestion. My personal mission: to take on any question you have about the DC Universe -- no matter how strange, granular, or obscure -- and present you with an answer. As a faithful steward of the truth, I offer my time in this weekly column to address these inquiries. If you’d like to submit one of your own, you can stop by my office at any time in our Community to state your case, each of which I will in time address to the best of my ability. In the words of the poet Robert Penn Warren: “What is love? One name for it is knowledge.” Off we go, then! 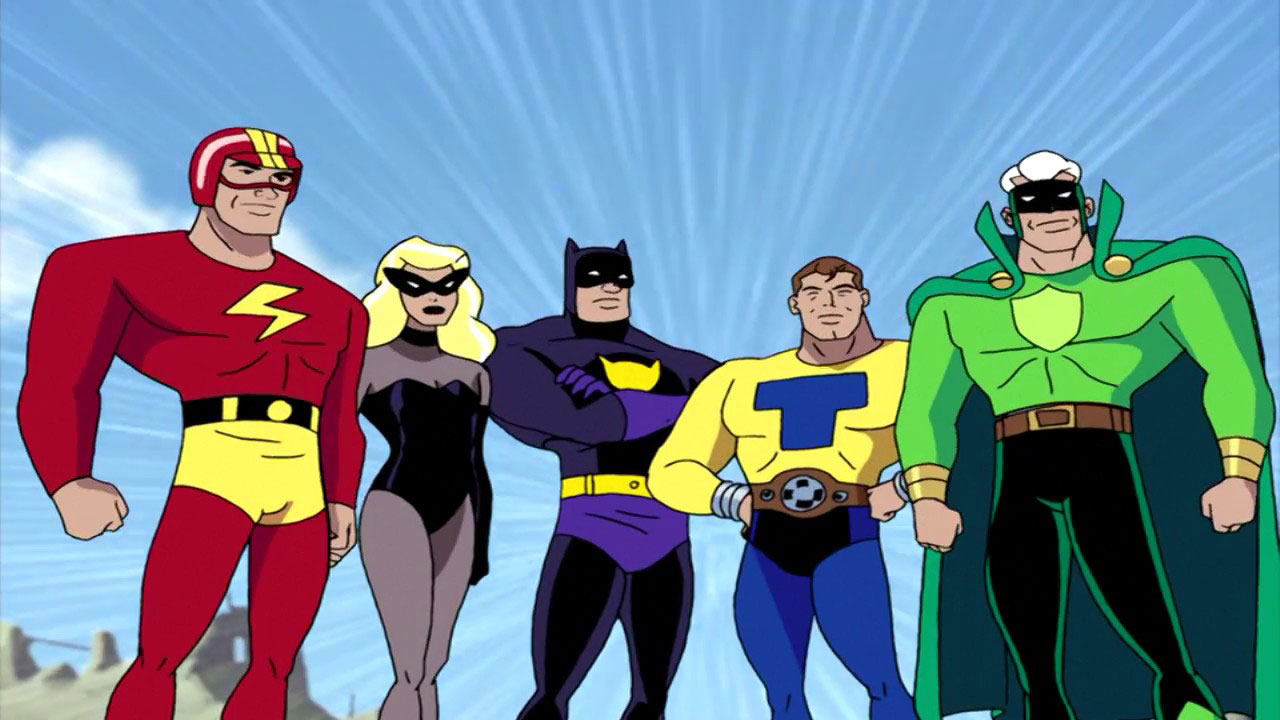 “How many characters were altered in Justice League and JLU (like Devil Ray being a substitute for Black Manta) and how many were newly created for the show?” -Reload

Due to a complicated character usage policy in place during film and television production of DC properties in the ‘00s, many characters were unavailable for use on the animated series of Justice League and Justice League Unlimited. Other times, a story role called for an entirely original character with no direct equivalent in the pre-established DC Universe. But even in those cases, the newly developed original character is given ties to an existent one, just for people looking out for that sort of thing (and because, well, they wouldn’t be working on the show if they weren’t fans of the comics themselves). Just for you, I went through each character to appear in these two series to discover which characters meet these criteria. Due to the size of this undertaking, I’ll be making this a two-part endeavor. This week, we’ll look at the original characters from Justice League; next week, Justice League Unlimited.

Stand-Ins: The Imperium. Alien race standing in for the White Martians of the ‘90s JLA comics from which the animated series was inspired, likely in the name of uncomplicating the plot.

Original Character: Trina, a little girl Batman and Hawkgirl save from a burning building.

Stand-In: Doctor Patel, who informs Luthor of his Kryptonite poisoning. This role was originally performed by a “Doctor Kelley” in ACTION COMICS #600.

“The Brave and the Bold”

Stand-Ins: Aresia, based in part on the original Fury from the comics, Lyta Trevor, but different enough in motivation to warrant a change in character; and Tsukuri, an evil counterpart to Katana for Aresia’s Injustice Gang.

“A Knight of Shadows”

Original Character/Stand-In: Sera, a young New God seen being mentored by Highfather. May actually be very loosely based on Serifan of the Forever People, but not enough data to go on.

Original Characters/Stand-Ins: The royal family of Kaznia, including King Gustav, Princess Audrey, and Colonel Vox could be regarded as original characters, but their storyline and dynamics bear certain similarities to the royal family of Markovia, familiar to fans of Geo-Force. Reporter Sroya Bashir makes her first named appearance in this episode, after showing up in media crowd shots throughout Superman: The Animated Series.

Stand-Ins: The Justice Lords, for the alternate universe Crime Syndicate of America.

Original Character: Icthultu, but clearly based on HP Lovecraft’s Cthulhu.

No original characters or stand-ins featured, but does include an appearance by Livewire, an original villain from Superman: The Animated Series. 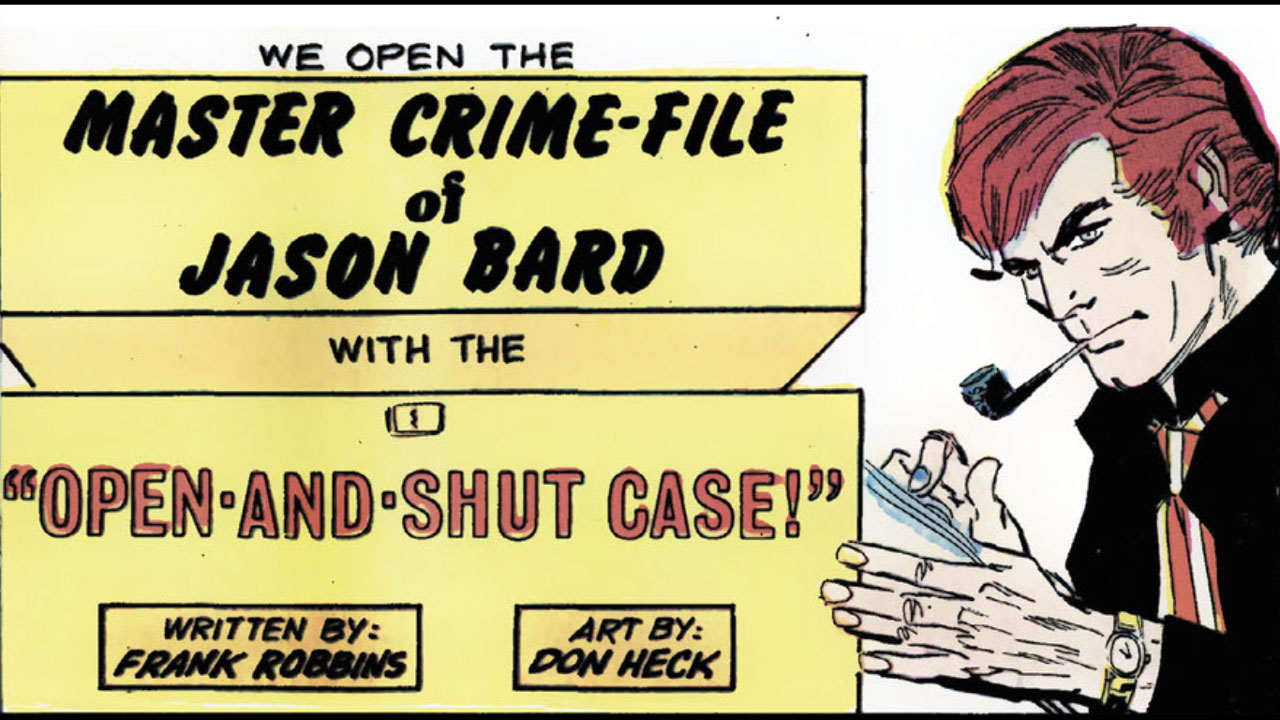 Before DC gave Barbara Gordon over to Kim Yale and John Ostrander, who essentially recreated her (in her best role) as the Oracle persona we all knew and loved, she was Batgirl. And before Dick Grayson matured enough to pursue Barbara romantically, she had another boyfriend. Ironically (as if foreshadowing things to come), he too suffered from an injury, and used a cane.

If memory serves, he was a private detective. I don’t remember his name, nor recall if he knew her other identity or not. Who was he? And whatever happened to him? Was he one of those many nameless faces lost forever in COIE? Care to update my own database on the subject, Master Q? -Wrightline1.42741

Jason Bard, that’s the chap! Introduced in 1969’s DETECTIVE COMICS #392, Jason Bard originally carried a cane due to an injury sustained during his enlistment in the then-contemporary Vietnam War. In Pre-Crisis continuity, he first met Babs through his work with the police, and only dated her for a short time without ever learning of her secret identity. The pair was shown to have broken up in 1972’s DETECTIVE COMICS #425, so that Barbara could pursue a career in politics and move to Washington. Over the next decade, Jason Bard had his own irregular back-up feature stories in the pages of DETECTIVE and BATMAN FAMILY, even working with Man-Bat and a semi-retired Commissioner Gordon as partners. Batman himself was known to keep Jason on retainer, enlisting him to help discover the true past of Halo, one of Batman’s Outsiders.

After CRISIS ON INFINITE EARTHS, Jason would be reintroduced into the Post-Crisis Gotham in 1999’s BIRDS OF PREY. Now, instead of a Vietnam veteran, Jason worked for Barbara’s father in the GCPD, and sustained his leg injury in a shoot-out with Killer Moth, at which point he left the police and formed his own detective agency. Barbara revealed in flashback that the two of them had dated in the past, and even got engaged -- but after she herself was shot by The Joker, Barbara called the wedding off and the relationship fell apart. But when Barbara and Jason find themselves working the same case early in the series, Jason comes back into her life as a professional contact, if not a romantic one. Over the next few years, Jason Bard was blinded, unblinded, and after INFINITE CRISIS, was enlisted by Batman himself to be his eyes on Gotham during daylight hours. He eventually even moved on from his feelings for Barbara, dating GCPD officer Jamie Harper for a time.

Jason Bard was introduced for a third time in the New 52 era in 2014’s BATMAN ETERNAL, as a newly transferred cop from Detroit who rises through the ranks while Commissioner Gordon was framed for an act of mass murder. There, Jason struck up a brief relationship with reporter Vicki Vale, before it’s discovered that he had been part of Gordon’s frame-up and had been working with Hush to rid Gotham City of Batman. Jason Bard’s leg is broken once more during an interrogation by Batgirl and Red Hood, after which point he attempts to redeem himself by joining the heroes in taking Hush down. As recently as 2019’s BATGIRL #30, Jason Bard fell into Barbara’s life once more when they find themselves both working on the campaign for the same political candidate. He then continued to play a supporting role for the rest of the series… which is all to say that while Batgirl’s cane-carrying ex has weaved in and out of the spotlight over the decades, he’s always found a way to figure back into Barbara’s life.

POPULAR, I KNOW ABOUT POPULAR 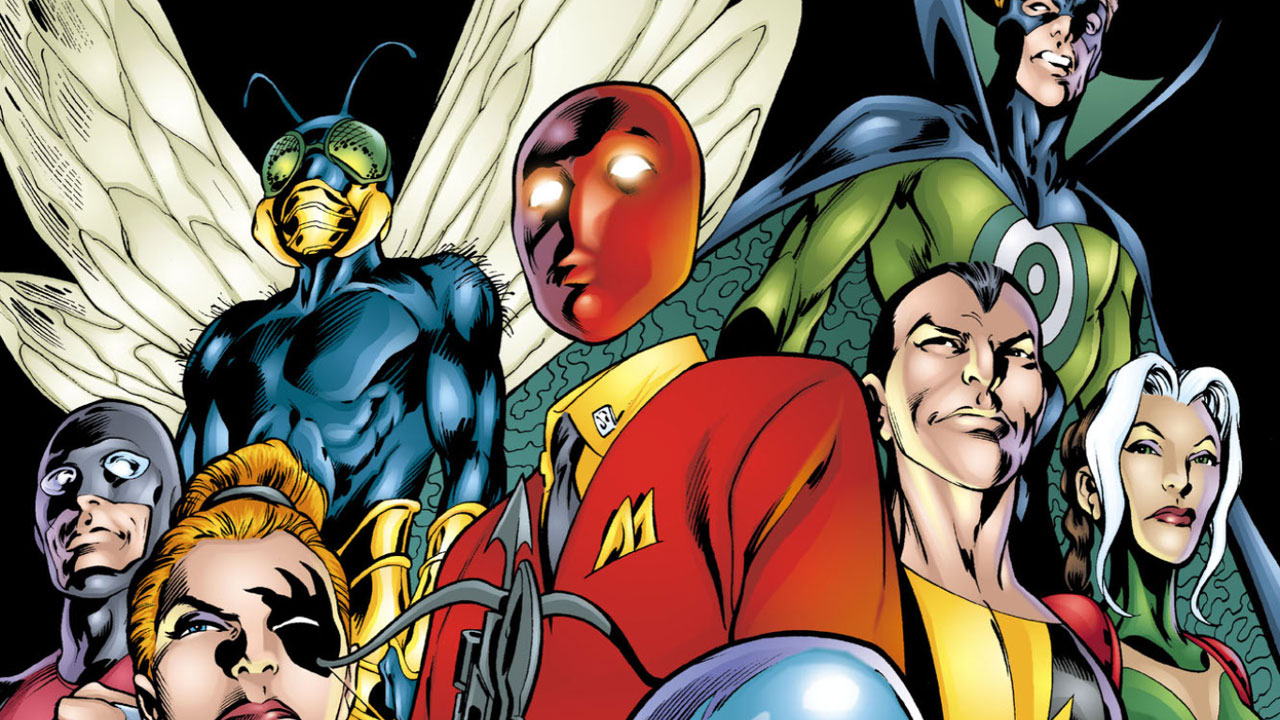 “Hello @HubCityQuestion, The avatar I use is of one of my favorite ‘obscure’ characters Johnny Sorrow. He hasn’t been used all that much in comics and primarily as a JSA villain. What do you think would be a way for a writer or DC in general to make someone like him more prominent in the DC Universe?” - IrishX

Increasing any character’s popularity is tricky business. After all, if it were easy, DC would do it for everyone. In a prior column, I wrote about how Superman and Batman only got as big as they are now through serendipity, quickly taking off in a magazine full of co-features. But if a character fails to make that initial big impact, there are other routes to finally finding time in the spotlight. A reliable tactic employed in launching a character’s popularity is attaching them to characters who have already found success. Aquaman, for example, was relegated to backup features in books like MORE FUN and ADVENTURE COMICS for 19 years, before he was pulled for the initial roster of the Justice League of America -- allowing him to transition into his own solo comic, Super Friends, and years later his own solo movie. Harley Quinn was launched into stardom through her establishment at The Joker’s side, a formula which has recently proven successful once more for the knife-wielding ingenue Punchline.

Harley brings us to another method through which more obscure characters gain popularity: screentime. Oliver Queen was never what you would consider an A-Lister before 2011, but TV’s Arrow launched the Emerald Archer into the limelight. America got to know Jimmy Olsen through his appearances in the Superman radio serial, and on television sets in the ‘50s. Poison Ivy and Mr. Freeze both owe their own character rehabilitations to appearances on Batman: The Animated Series. And barely anybody recognized the name “Savitar” before he was used as the main villain for a whole season of The Flash.

Johnny Sorrow is a pretty interesting character, to be sure. A striking dramatic theater mask, the power to make anyone who looks at him go mad, his motivation to summon an unspeakable horror from beyond the veil of reality -- with the popularity of shows like HBO Max’s Lovecraft County, now is the perfect time for Johnny to make a resurgence. But as you say, Johnny is primarily a Justice Society of America villain. And for the time being, DC has been quiet about the role that the JSA and their supporting cast might play going forward… in all but one avenue: the Stargirl live-action series. There, I believe, is where one might find the quickest avenue to Johnny Sorrow’s promotion in the public eye. After all, who better to challenge Courtney Whitmore’s new JSA than one of the greatest threats from show creator Geoff Johns’ own run on the comics?

But hey, I can speculate and strategize with you until they shut down the Bat Signal before the dawn. Whenever you need answers, I can always be found for those who seek to ASK… THE QUESTION.