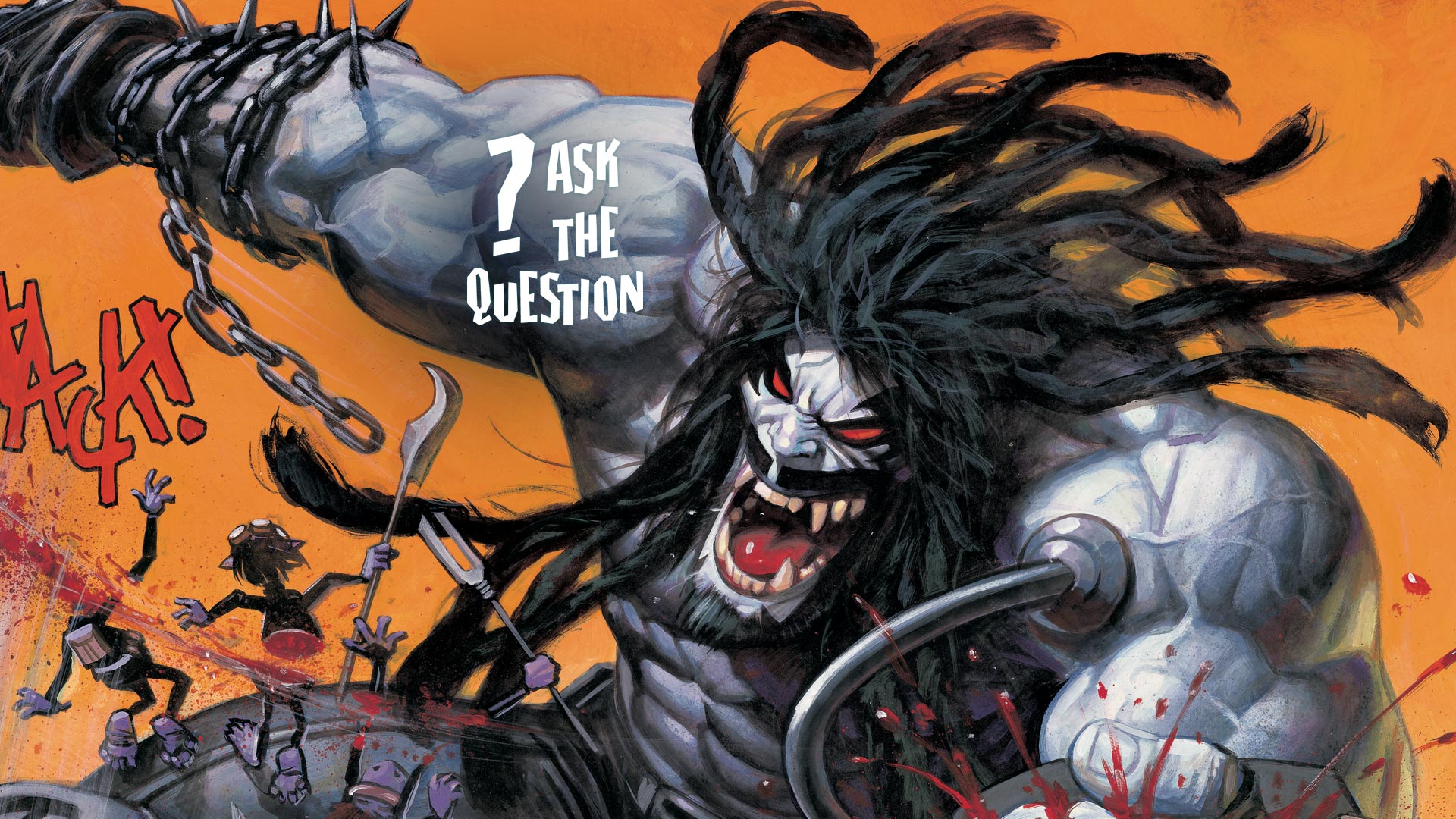 Ask...The Question: How Did Lobo Get Banned from the Afterlife?

VARIATIONS ON A THEME 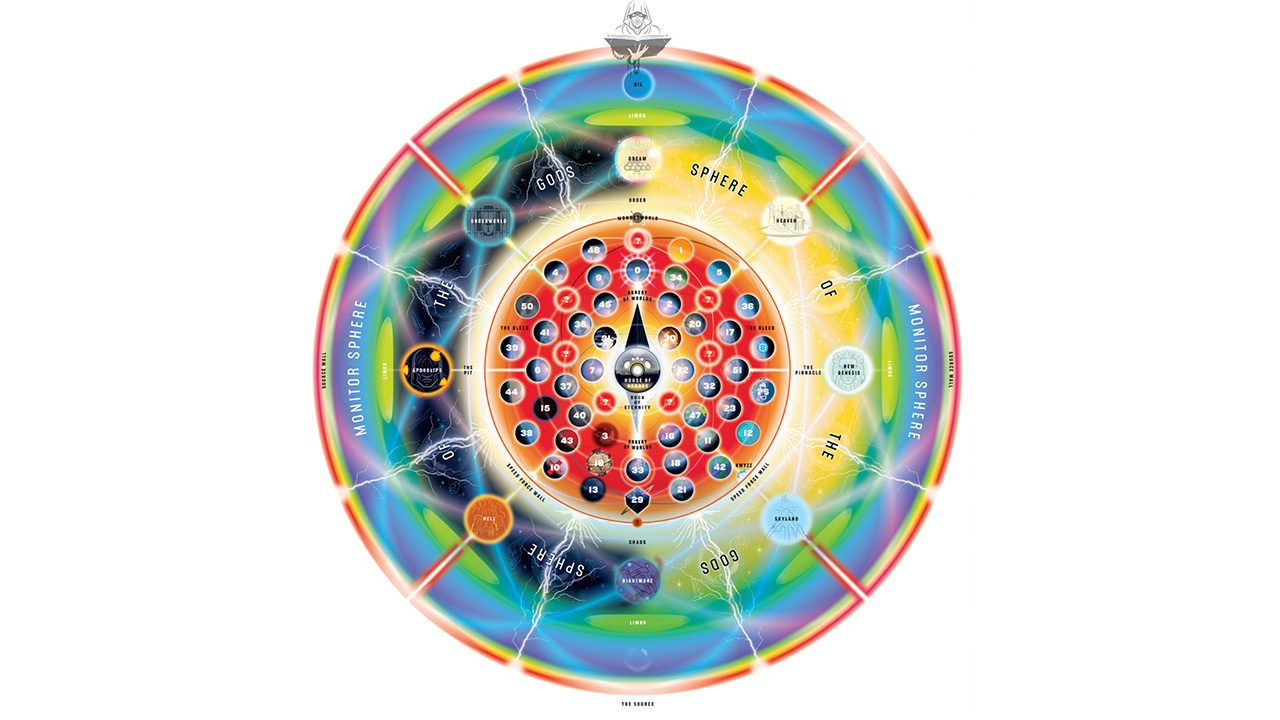 “Themes of every New 52 universe in the multiverse”

That sounds more like a challenge than a question, Sam, but I’m up to it. Now, the easy thing for me to do would be to direct you to Grant Morrison’s Multiversity Guidebook, where he profiles each Earth in the multiverse he laid out for the New 52 era of continuity. But I’ve rarely been one to do things the easy way. No, I’m going to provide you with a directory through the Multiverse in a way a comic book never could: with the magic technology of hyperlinks.

Now, before we get into the core 52 universes which make up the collective we know as the Multiverse, it behooves me to note that the true Multiverse is infinitely expansive, as elaborated upon in Convergence and Dark Nights: Metal. But these 52 Earths allegedly form the “core” realities of DC… at least for the moment. Buckle up!

EARTH 2: Historically, Earth 2 was where Golden Age stories were said to take place after being replaced by Silver Age continuity. But after “Flashpoint,” Earth 2 itself was updated with new takes on classic Golden Age characters.

EARTH 3: An morality-flipped universe where all the good characters of “Prime Earth” have evil counterparts, and vice versa. The “Crime Syndicate of America” invaded Prime Earth in “Forever Evil.”

EARTH 4: A universe where the heroes originally owned by Charlton Comics (Captain Atom, The Question, Peacemaker, and so on) exist on their own. In The Multiversity, Grant Morrison made Earth-4 stand out by merging the traits of the original Charlton characters with their “Watchmen” counterparts.

EARTH 5: An idyllic universe with Golden Age sensibilities where the heroes of Fawcett Comics exist on their own — such as the Captain Marvel Family (there, still called “Captain Marvel”).

EARTH 6: Universe of the “Just Imagine…” series from 2001, where Stan Lee co-authored radical reinterpretations of the characters of the DC Universe.

EARTH 7: One of several analog realities representing the continuities of other comic publishers, without any pesky copyrights in the way. Earth 7 is a rough equivalent to the “Ultimate” imprint of Marvel Comics which ran from 2000-2015. This world was destroyed in The Multiversity.

EARTH 8: Representative of the central “Earth-616” continuity of Marvel Comics. Also home to Lord Havok and the Extremists, who played a significant role in Countdown to Final Crisis.

EARTH 9: The setting of 1997’s “Tangent Comics,” where DC characters were changed so dramatically that only the names were the same.

EARTH 11: Earth where all of the characters of “Prime Earth” are gender swapped. Superman is Superwoman, Wonder Woman is Wonder Man, et cetera. Very popular in fanfiction.

EARTH 12: This is the Best Earth, because it’s where Bruce Timm and Paul Dini’s DC Animated Universe takes place. They’re a bit ahead of most others in their timeline, currently in the Batman Beyond era.

EARTH 13: Inspired by DC’s “Vertigo Visions” series under the Vertigo imprint, with its own dark, mystical takes on Prime Earth’s heroes.

EARTH 14: A war-torn Earth where metahuman mercenaries dictate order. The deadliest of them all: The Justice League of Assassins.

EARTH 15: The original home of Volthoom, the First Lantern. Once considered a utopian “perfect” universe, it was destroyed by Superboy-Prime in Countdown to Final Crisis. Hal Jordan ventures into this destroyed universe in Grant Morrison’s The Green Lantern to seek the Cosmic Grail.

EARTH 16: A world of spoiled, celebutante children of heroes after all the world’s conflicts have been resolved. Paradoxically, it’s also the designation of the Young Justice animated series. Perhaps the Young Justice universe exists in a separate multiverse. After all, Dark Nights: Metal establishes that our own multiverse is itself one of many. (The worlds of the “Arrowverse,” for instance, exist within their own separate multiverse.)

EARTH 17: A post-apocalyptic Earth where nuclear war broke out in 1963. Based on the “Atomic Knights” stories of Strange Adventures.

EARTH 19: A Victorian steampunk world and home to the very first Elseworlds story, Batman: Gotham by Gaslight. It was recently destroyed by Perpetua when they refused to side with her in the Justice/Doom War.

EARTH 21: The world of DC: The New Frontier, where the Justice League of America was formed in the 1950s.

EARTH 22: The Alex Ross-inspired universe where the fraught future of Kingdom Come as foretold by Wesley Dodds has come to pass.

EARTH 23: A world where the majority of Earth’s Super Heroes are black -- such as Calvin Ellis, who’s running the country as President of the United States when he’s not saving the world as Superman, and Nubia, the Amazon warrior who adopted the mantle of Wonder Woman.

EARTH 25: Homeworld to the characters of the WildStorm imprint America’s Best Comics designed by Alan Moore, such as Tom Strong and Promethea.

EARTH 29: Also known as the “Bizarroverse.” An upside-down reality that’s home to an entire universe of Bizarros.

EARTH 30: The Soviet world of Superman: Red Son, where Superman’s pod landed in Ukraine instead of Kansas.

EARTH 31: First introduced in the “Elseworlds” annuals of 1994, Earth 31 is a post-apocalyptic water world with a 17th century aesthetic where the seas are patrolled by Batman analog Captain Leatherwing.

EARTH 32: The world of the Elseworlds story Batman: In Darkest Knight, where Bruce Wayne becomes the Green Lantern.

EARTH 33: Also called “Earth Prime” (not to be confused with “Prime Earth”). It’s where you’re reading this, right now. The universe where you were born, where you live your entire life, and where you shall someday perish. Treasure these moments while they last.

EARTH 34: An analog world to the great Astro City comics by Kurt Busiek and Brent Anderson, exploring the implications of a society that develops alongside a Super Hero element.

EARTH 35: Also called the “Pseudoverse,” Earth 35 is an artificial universe created by The Monitors who oversee the Multiverse for experimental purposes. It is an analog to the world of Awesome Comics, a company founded by Rob Liefeld and Jeph Loeb which ran from 1997-2000.

EARTH 36: Home of the Justice 9, and an analog of Gary Carlson’s Big Bang Comics -- itself a tribute to Golden and Silver Age DC concepts.

EARTH 37: A collective home to the out-of-main-continuity DC stories by Howard Chaykin, such as Thrillkiller.

EARTH 38: The setting of John Byrne’s Superman & Batman: Generations, where Superman and Batman actually debuted in 1938 and 1939 respectively, and proceeded to age in real time.

EARTH 39: An analog universe to the world of Wally Wood’s T.H.U.N.D.E.R. Agents.

EARTH 41: Analog universe to Image Comics, where pastiches of many of their most popular characters coexist.

EARTH 42: Home of the “Li’l Leaguers,” a super cute and innocent cartoonish world of All Ages adventures. Revealed in The Multiversity to have been secretly engineered by The Gentry to spy on other worlds.

EARTH 43: The universe of Red Rain, where Batman submits to the curse of vampirism.

EARTH 44: A many-times-over destroyed universe where a robotic Metal League protects whatever remains. Their leader and creator is “Doc” Will Tornado, a man who looks suspiciously like Grant Morrison.

EARTH 45: A world where capitalism runs completely unchecked, utterly ruled by mega-corporations. The birthplace of the horrible Superman/Doomsday hybrid Superdoom, who sought to destroy every Superman in the Multiverse.

EARTH 48: Also called “Warworld,” Earth 48 is the home of the hyper-militant Forerunners who see combat as a way of life. People of Earth 48 are often employed as agents of The Monitors. It is governed by Lord Volt and Lady Quark, previously of the Pre-Crisis “Earth Six.”

EARTH 50: A parallel world to Earth 12, where the Justice League become the tyrannical Justice Lords after Lex Luthor kills The Flash.

EARTH 51: A world based on the works of Jack Kirby, particularly Kamandi: The Last Boy on Earth.

TOPS IN THE NAME OF HUB 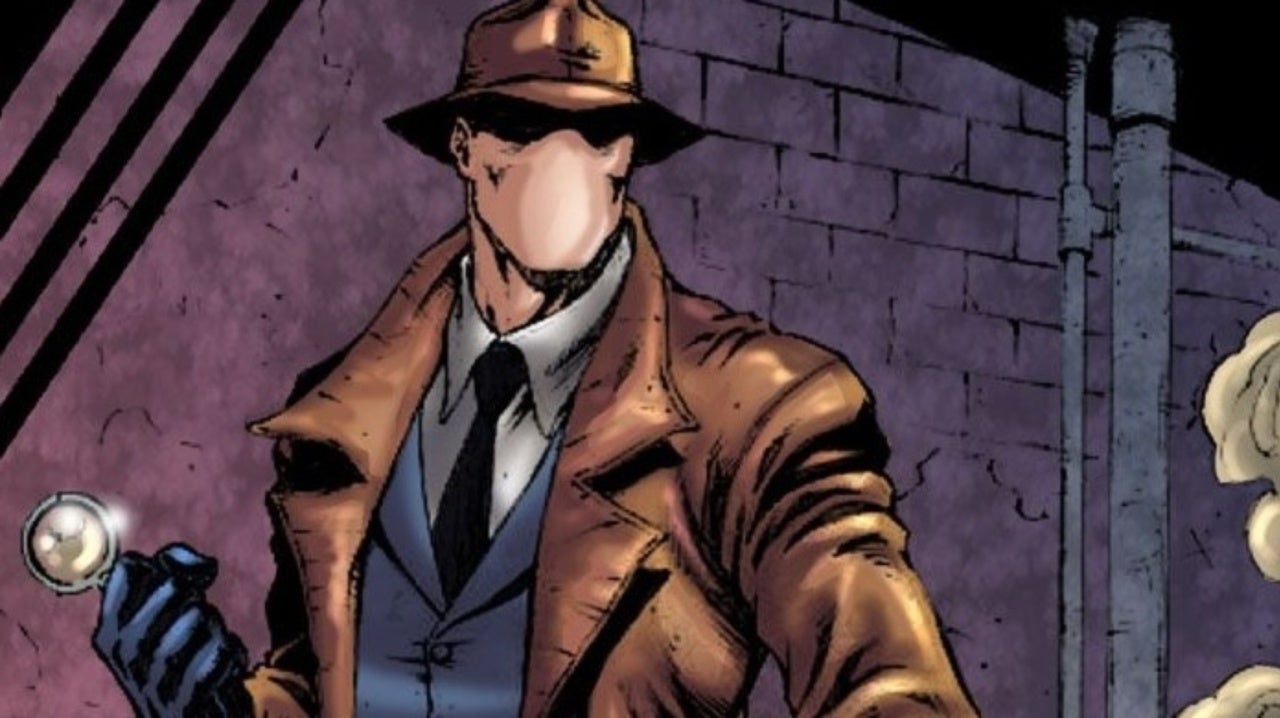 “Is DC going to release a DC Essentials catalog for 2020?”

I don’t have access to a Cosmic Treadmill, Barry -- I can’t predict the future. However, DC has printed a catalog highlighting 25 essential graphic novels for the past 4 years. I may not be able to guarantee a fifth, but based on an extremely scientific aggregation of data based on past catalogs, current industry trends and perhaps a little bit of my personal preferences, I believe I can muster up a simulacrum for you. Consider this the DC Essentials Catalog 2020: HubCityQuestion Edition.

2. The Question Vol. 1: Zen and Violence

11. The Question: The Five Books of Blood

15. The Question: The Deaths of Vic Sage

LOBO A NO-GO FOR ETERNAL REST 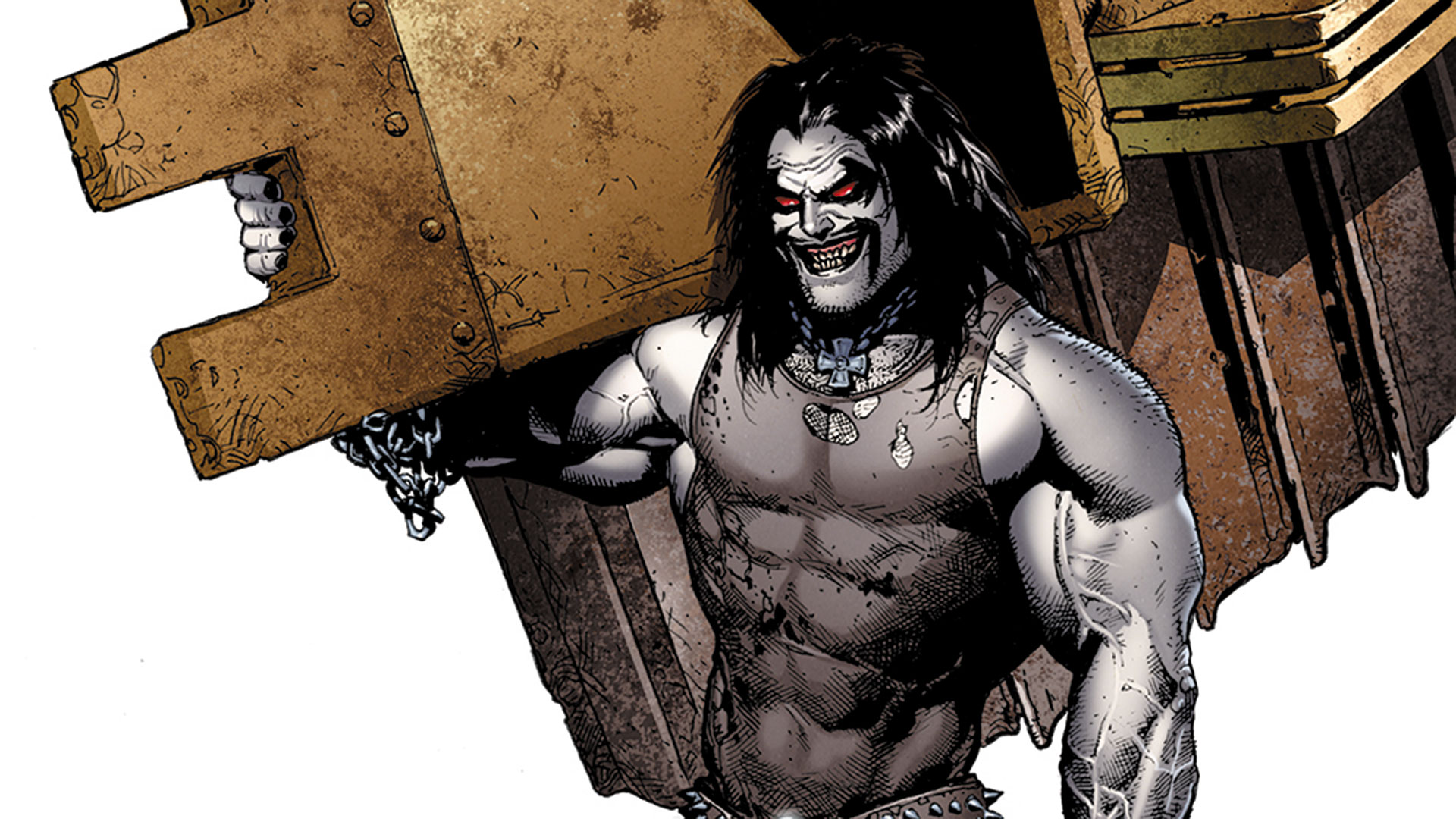 “Hey, how did Lobo get banned from the afterlife? I mean, we know it’s very hard to kill him, but how come his soul remains on the living world rather than going to Heaven or Hell?”

The Main Man’s status as being too rude for the afterlife is legendary, but it dates back to the final issue of the short-lived Lobo’s Back series of 1992. In this mature-readers-only tale (you know… “mature” in the sense of age, at least), Lobo seeks to sharpen his image by going whole hog back into the bounty hunting game, only to be murdered by his target -- a pair of brothers by the name of Loo and Feces, each a literal pile of sentient dung. Lobo ascends to the afterlife and causes such a ruckus fighting gods, angels, and devotees of every creed and religion imaginable that he’s deemed too offensive to be there. Upon his return to the mortal realm, afterlife supervisor Derek Dood issues the following memo: 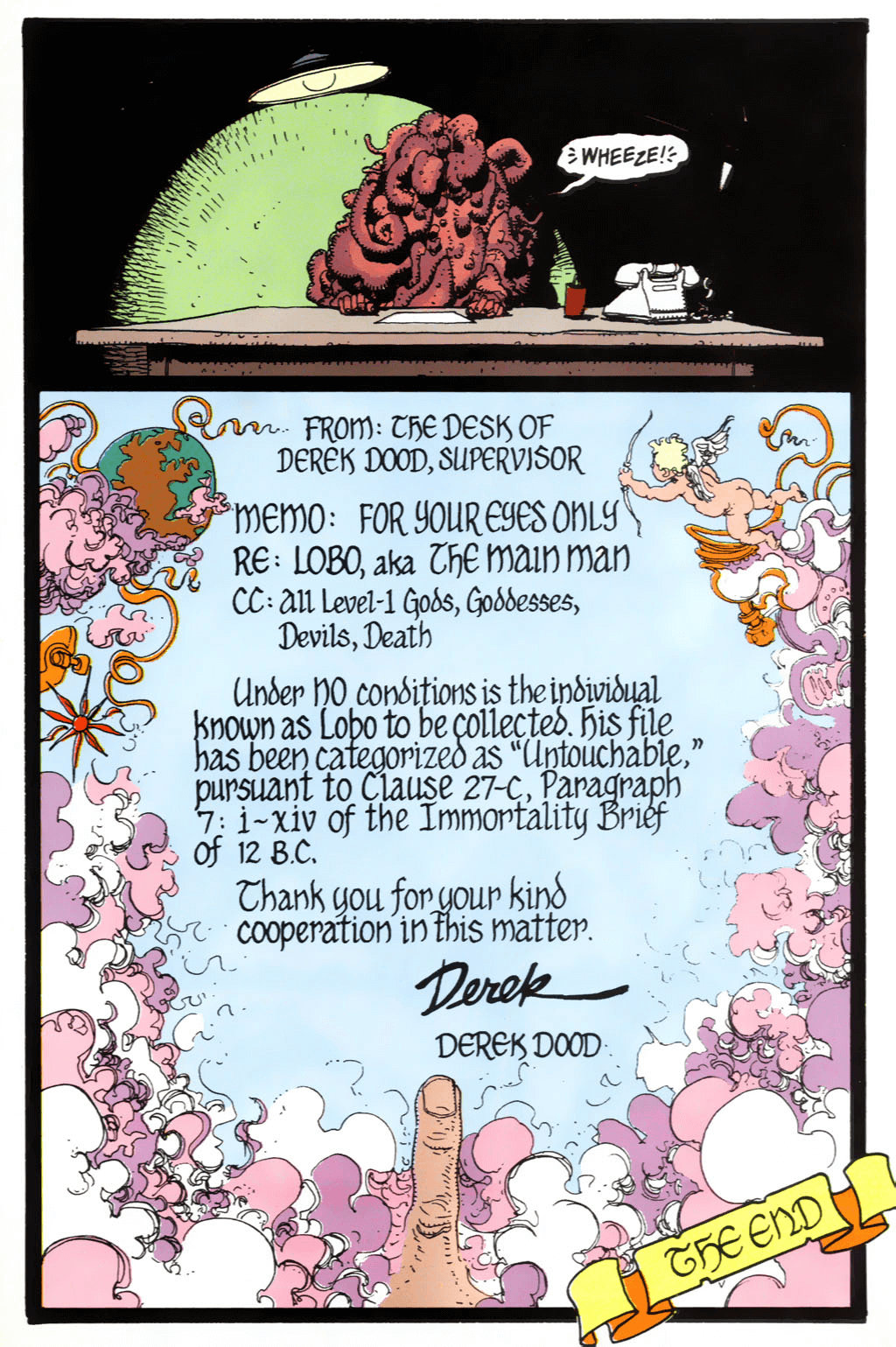 And thenceforth the law has ever remained.

And likewise, dear readers, no demon or angel in this world and the next can prevent me from taking on your cases for clarity through the vast multiverses of DC. All that’s required of you is to ASK… THE QUESTION.