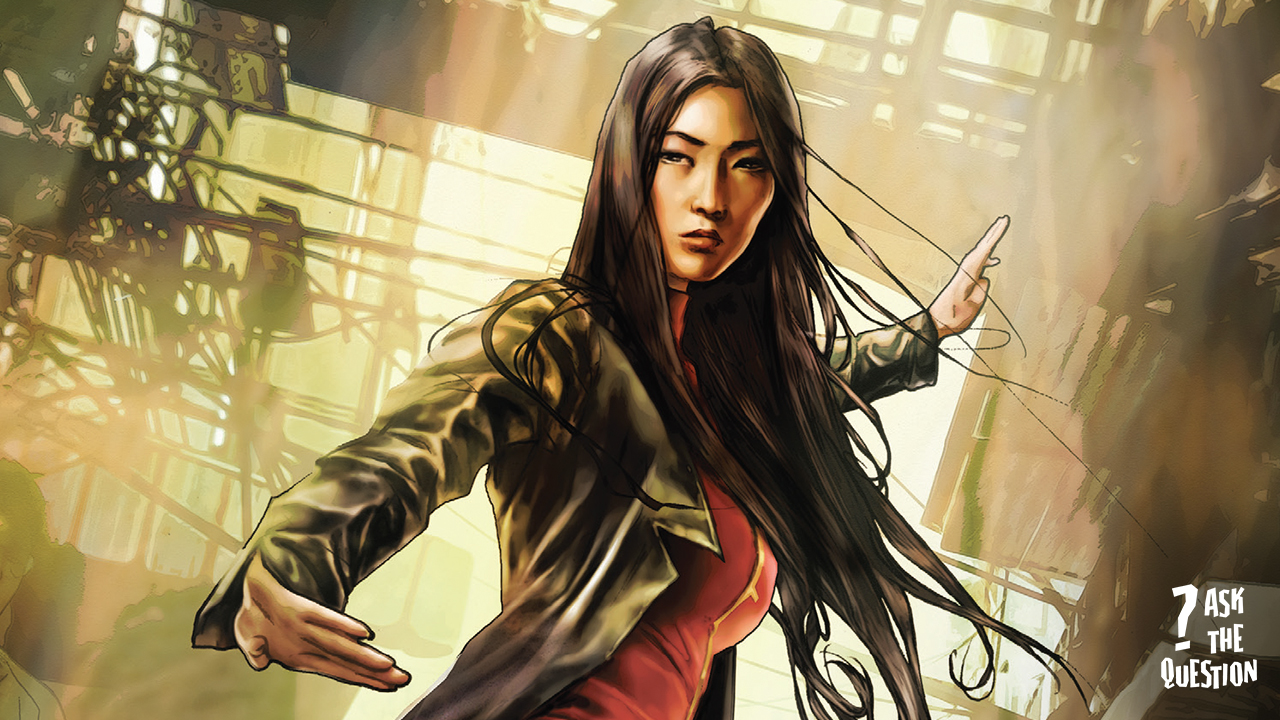 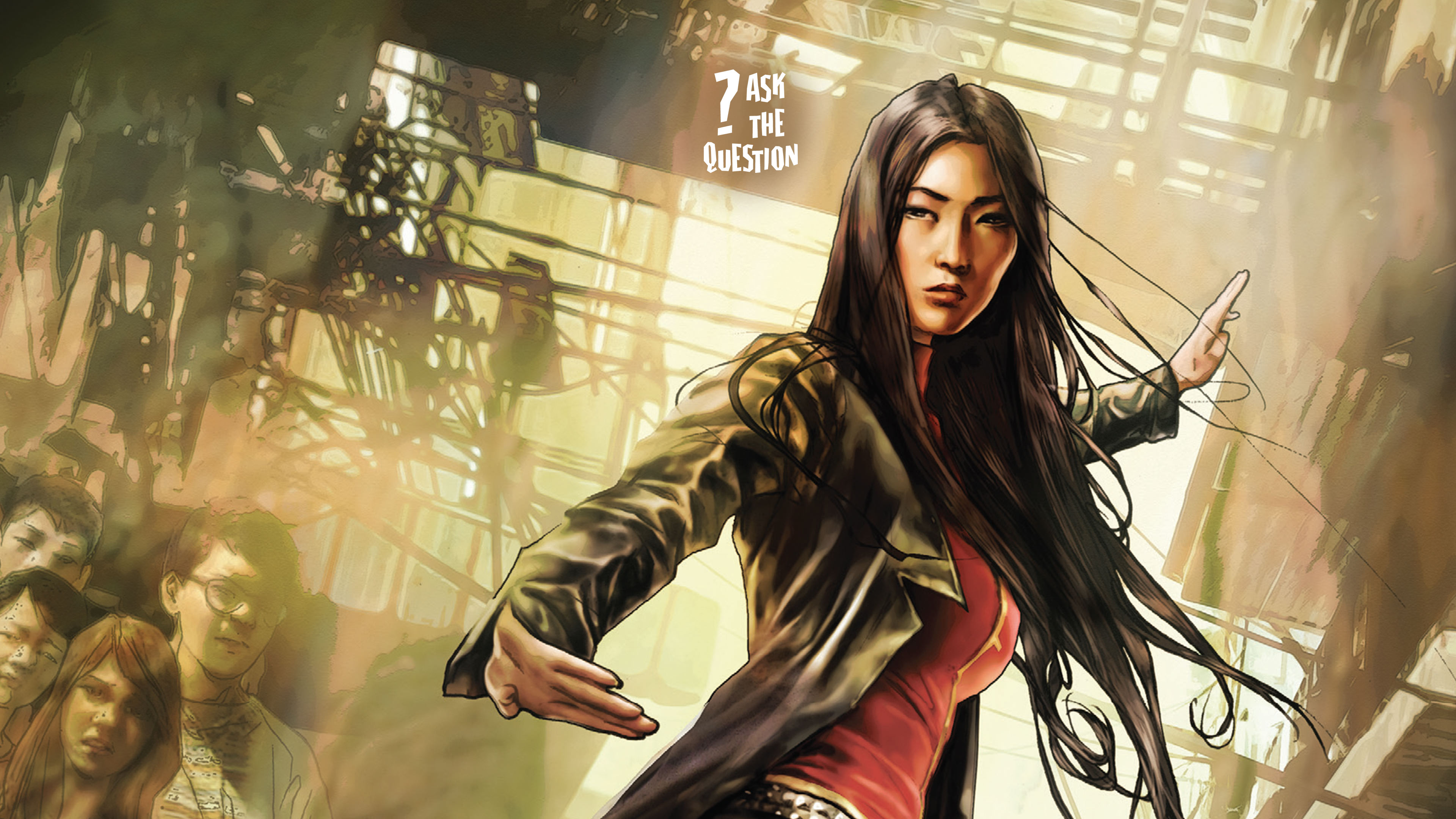 Hello. I’m Alex Jaffe, better known in our Community as @HubCityQuestion. I take on any question you have about the DC Universe -- no matter how granular, obscure, or strange -- and present you with an answer. As a faithful steward of the truth, I’ve returned to you again in my capacity to address these inquiries. Should you be interested in getting your own case heard in our next column, you may do so by voicing it in this thread in our Community. And every week, I will be here to address the most intriguing of these cases to the best of my ability. All YOU need to do... is ask The Question.

We've Got Your Number 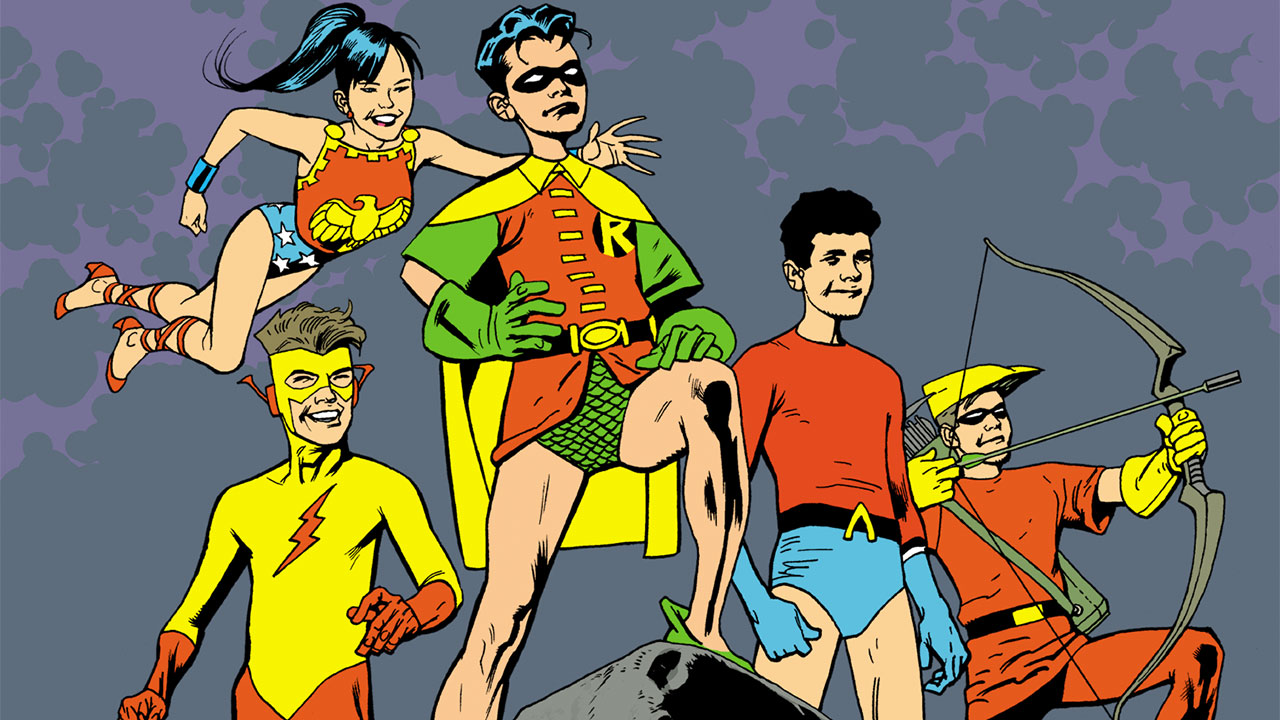 “Many, many books have reached anniversary issue is the high numbers, 700, 900, even 1000.  By your estimation, where would the Titans and the Legion of Super-Heroes be, and what issues would you count?”

Faithful “Ask…The Question” readers may recall my embarcation upon a similar exercise for calculating exactly where ‘Superman,’ ‘Batman,’ and ‘Wonder Woman’ would be today were they never renumbered. For these two series, applying the same method is a little trickier — but still doable. The reason for this is that throughout the publication histories of the Titans and and the Legion, there have often been multiple titles bearing a variation of those names published at once.

In order to address this, in addition to the stipulations I spelled out in my prior enumeration (no specials, annuals, zero issues, or anything not part of the regular series numbering the total), only one ongoing series bearing the Teen Titans or Legion of Super-Heroes name at a time will count towards the total. The reason for this decision is quite simple: we follow the example of ‘Batman’ and ‘Detective Comics,’ both series about one character, where each one is considered in isolation for numbering purposes. So too with Titans and Legion.

But which series are counted towards the grand total? For that, I’m making what some might consider a harsh decision: in order to objectively count towards the total, most of the time this series must be called ‘Teen Titans’ or ‘Legion of Super-Heroes.’ That means title such as ‘Titans’ or ‘Legionnaires’ are considered entirely separate properties for the purpose of this exercise. To invite them into the fold would be to blur the line too much for any meaningful data whatsoever to be produced.

Also counted in the total for ‘Legion’ is ‘Supergirl and the Legion of Super-Heroes,’ which accounts for a temporary name change in the 2005 series run but which continues the numbering.

One final inclusion is ‘The Legion’ (2001-), which like ‘New Teen Titans’ ran while there was no ‘Legion of Super-Heroes’ title.

With that in mind, it’s time to do some math. 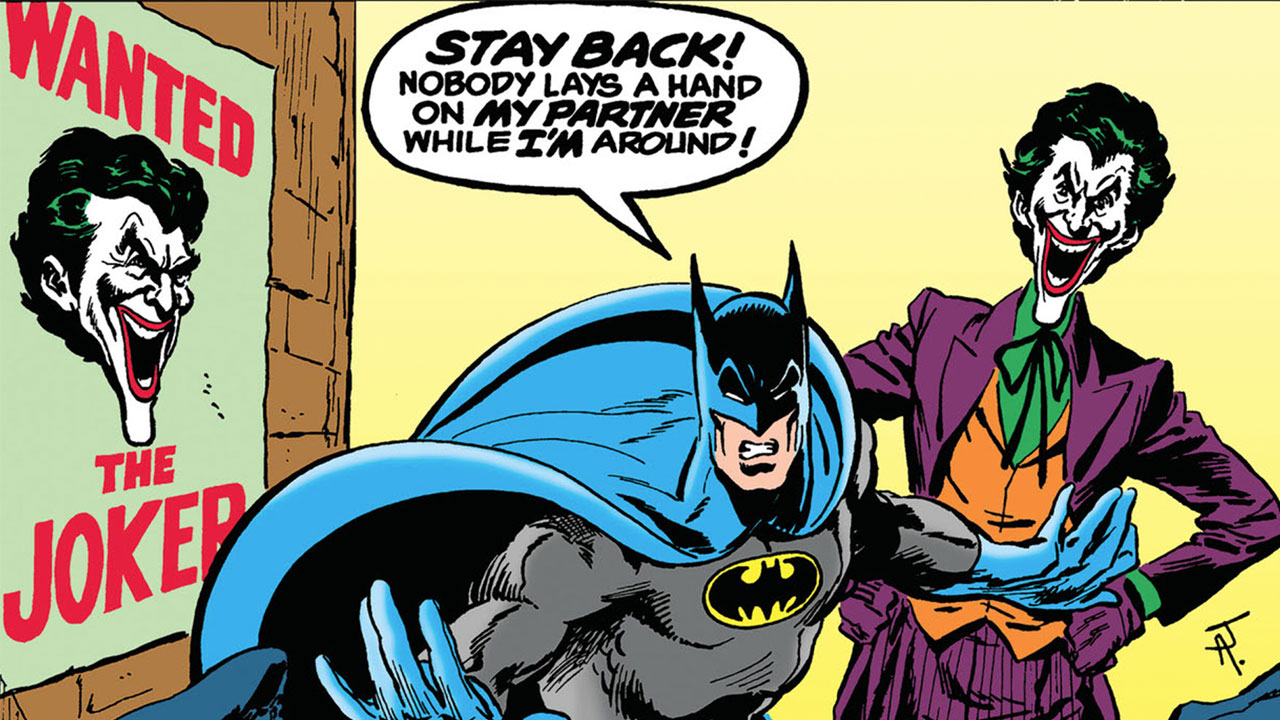 “Who appeared with Batman the most in 'The Brave and The Bold' comics? I’m mostly talking about the Bronze Age stuff.”

RUNNERS-UP: Black Canary, The Flash, and Wildcat are all featured alongside Batman during this period a total of 5 times. Robin (Dick Grayson) is, too, but 4 of those are as part of the Teen Titans ensemble.

2ND PLACE: The very first team-up of this era is Batman and The Metal Men, and they go on to fight alongside each other 6 additional times throughout this run. 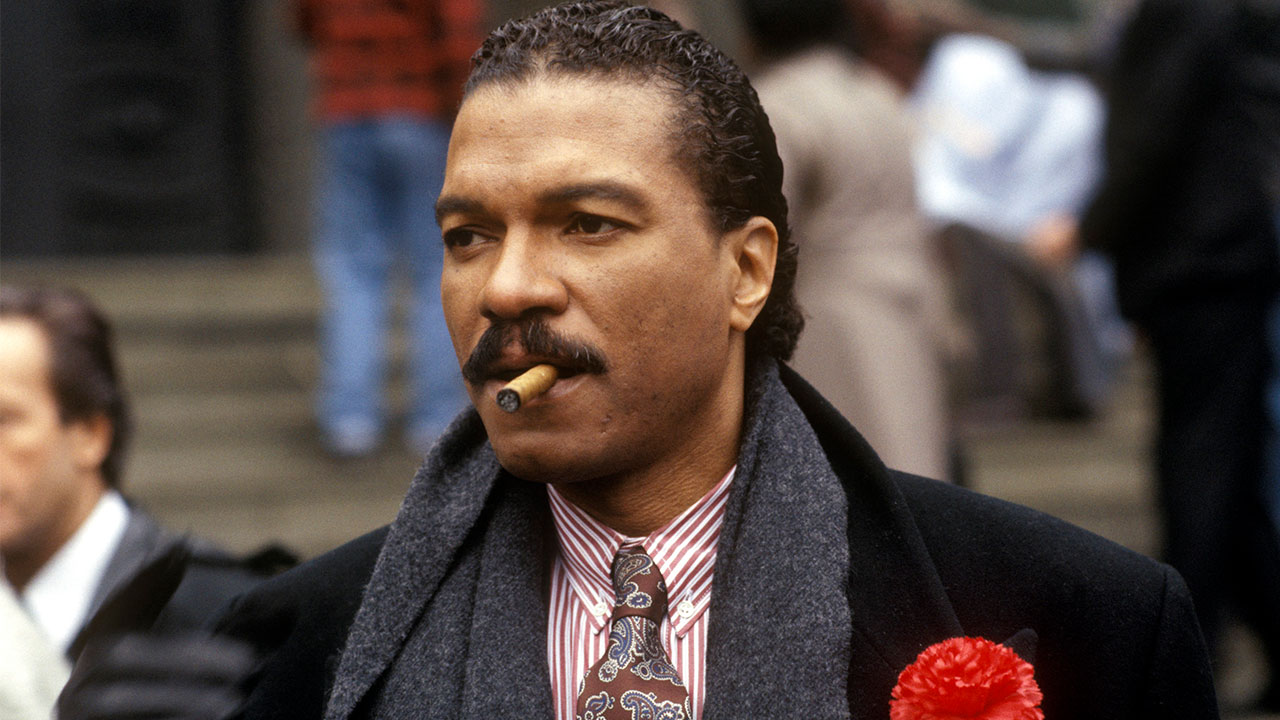 “I rewatched 'Batman' ‘89 over the weekend and remembered that Harvey Dent was played by Billy Dee Williams. Has Two-Face ever been depicted as a person of color?”

The first is in the 1997 ‘Tangent Comics’ series, where Harvey Dent is depicted as an African American NYPD officer with psychic abilities, who eventually becomes his Earth’s Superman.

The second instance… was by Billy Dee Williams himself! In a bit of stunt casting, Williams was invited back to play the role of Two-Face in 2017’s ‘The LEGO Batman Movie.’ 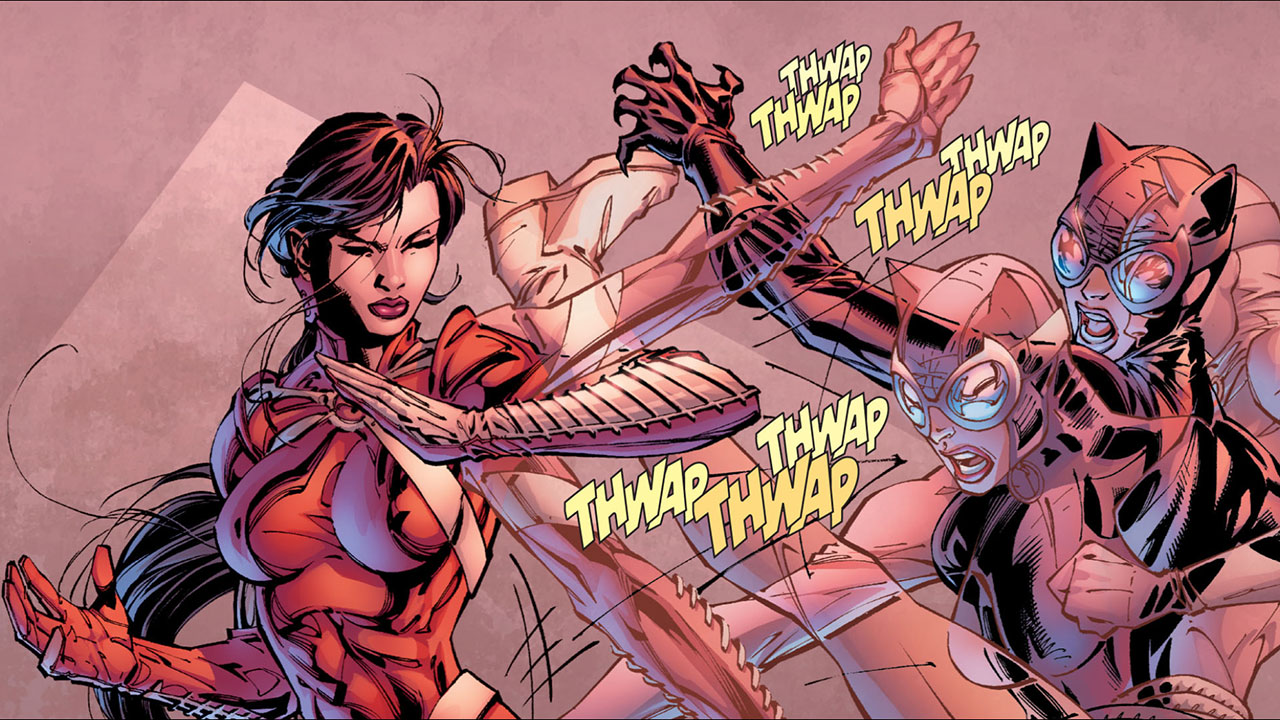 “Lady Shiva. She's supposed to be one of the greatest, if not THE greatest, martial artists in the DCU. But, it seems like that's very much a case of ‘tell, not show,’ because while we're told how great she is, it seems mostly to be in the context of hearing that (some random character) ‘beat Lady Shiva.’ So, it's like her rep exists just to prop up other characters before Batman beats the snot out of them. That's my experience and recollection, anyway, so my question is, when have we seen Lady Shiva actually being a badass combatant?”

Here’s something you should know about me: Lady Shiva happens to be one of my top five favorite DC characters of all time. For my own recreation a few years ago, I happened to compile a complete list of every fight Lady Shiva has ever been in, from her debut in ‘Richard Dragon, Kung Fu Fighter #5’ to James Tynion IV’s ‘Detective Comics.’ So I can say with some measure of authority that I’m not sure what you’re talking about. This idea of Lady Shiva getting beaten to prop up other characters isn’t quite one that ever really occurs in comics. You may be confusing the character with someone else.

Throughout the years, Lady Shiva has taken on some of the greatest fighters of the DC Universe and has claimed victory:

* Lady Shiva fights Cassandra Cain several times throughout the run of ‘Batgirl’ (2000) and James Tynion’s run of ‘Detective Comics,’ and their win/loss record is split.

* In Gail Simone’s New 52 run of ‘Secret Six,’ Shiva takes on the entire team by herself, plus Batgirl, and defeats them easily.

With all that said, it’s not like Lady Shiva has never lost a fight before -- but it’s very, very rare for her to lose a FAIR fight. When Lady Shiva loses, it’s usually the result of one of three circumstances: poisoning her before the battle (a favorite tactic of Cheshire and Tim Drake), use of psychic, precognitive or mentally enhanced abilities (as utilized by Prometheus), or ambushing her during a fight where her attention is commanded by a more skilled opponent (as Jason Todd and Catwoman have done).

The bottom line: when you’re up against Lady Shiva, either be prepared to lose, or prepared to cheat.

Of course, for the best look at Lady Shiva just being a general badass, I recommend reading ‘The Question’ (1986-), where she plays a crucial supporting role.

But you know me. I always recommend consulting The Question.