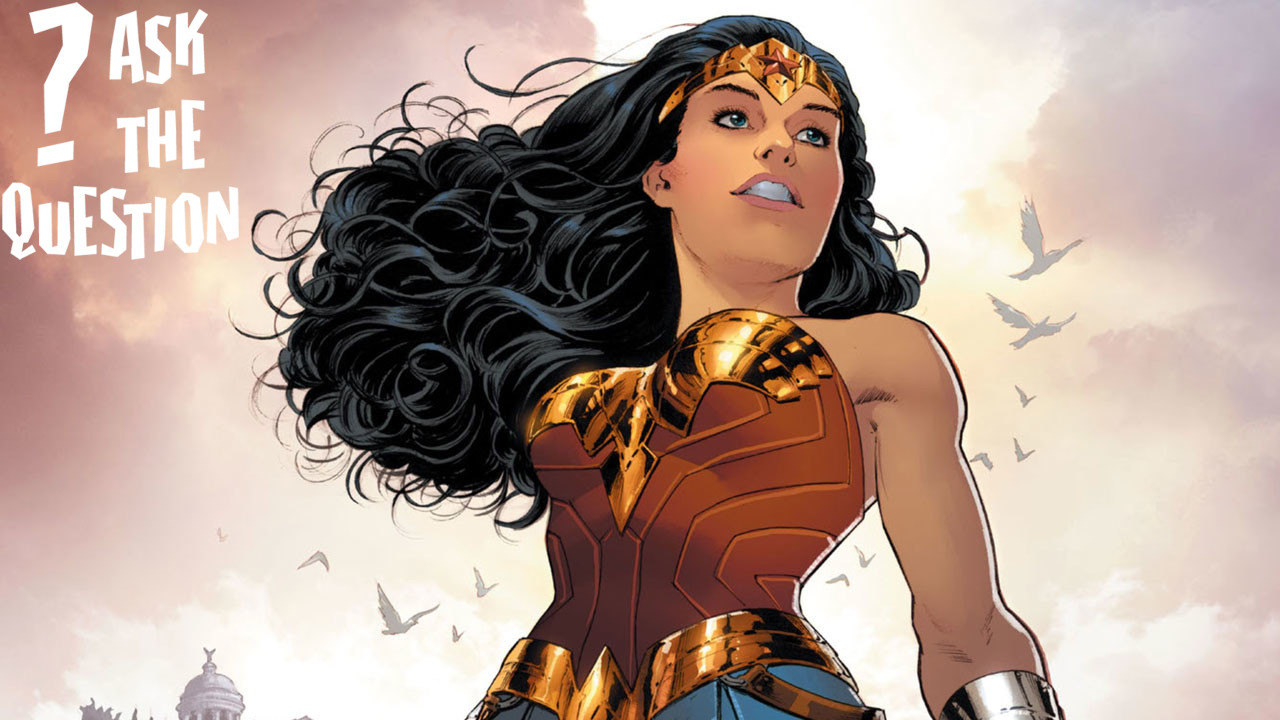 Ask...The Question: Have Any Comics Presented Wonder Woman as Bisexual?

Hello. I’m Alex Jaffe, better known in our Community as HubCityQuestion. My personal mission: to take on any question you have about the DC Universe -- no matter how strange, granular, or obscure -- and present you with an answer. As a faithful steward of the truth, I offer my time in this weekly column to address these inquiries. If you’d like to submit one of your own, you can stop by my office at any time in our Community to state your case, each of which I will in time address to the best of my ability. Once more, unto the breach! 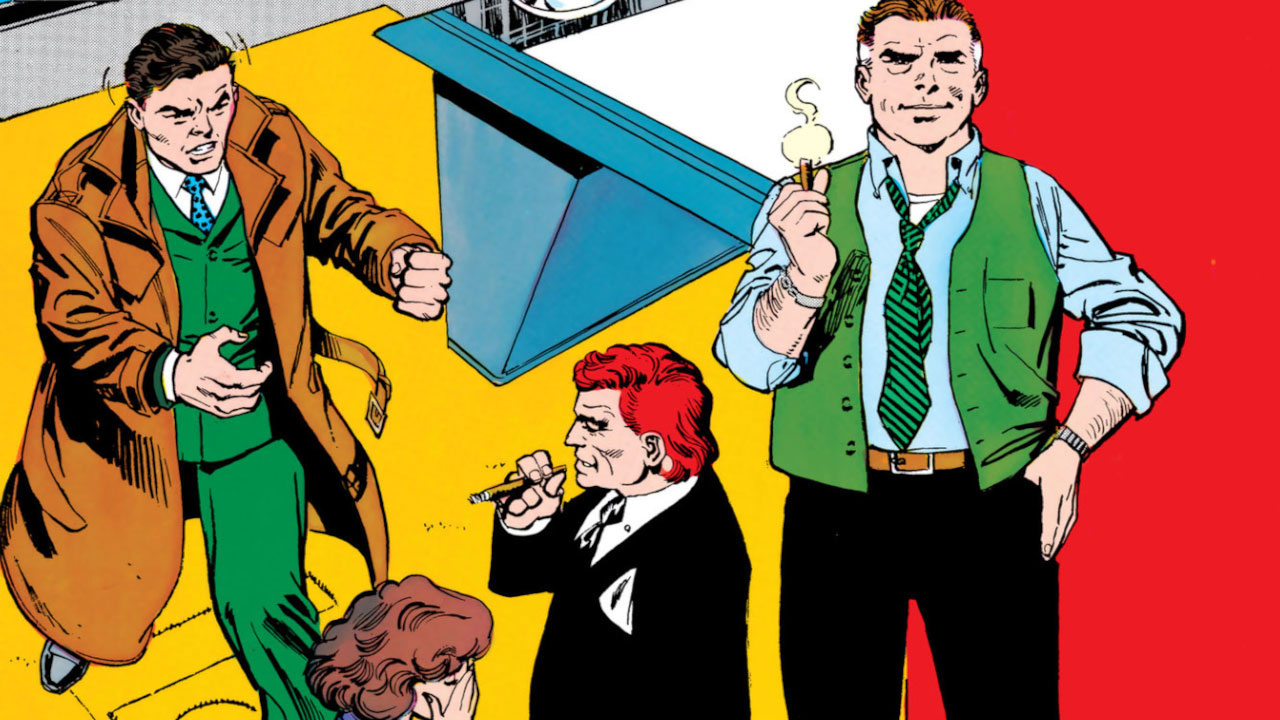 “In WORLD OF METROPOLIS #1, Lex Luthor and Perry White “…practically grew up together. Like brothers.” Did John Byrne create this relationship for this mini-series or was this the canon history of Lex and Perry before Crisis [on Infinite Earths]?” -Darkstarz

Your instincts serve you well -- this is a John Byrne creation, all right. Before Byrne’s reinvention of Superman’s supporting cast for the Post-Crisis era, it’s questionable whether Luthor and White even grew up in the same country, let alone the same neighborhood.

Our first encounter with Luthor in 1940’s ACTION COMICS #23 suggests Luthor as a European despot, machinating a war between fictitious countries in order to gain power for himself. Later comics would acknowledge this Golden Age incarnation’s foreign flair by redubbing him “Alexei” Luthor. As for Perry, we knew very little about his backstory in the early Superman continuity. In fact, it was a while before he was even given a name, and even then, the job was divided among two characters in different continuities. In the Superman radio serial, it was Perry White who edited the Daily Planet. But in the comics, it was a man named George Taylor--who, retroactively, is considered the Planet  editor of the Golden Age Earth Two.

In the Silver Age, Lex Luthor was officially American, but grew up a long sight away from Perry. 1960’s ADVENTURE COMICS #271 established young Lex as growing up not with Perry, but with Clark Kent in Smallville, an old friend of the erstwhile Superboy until a terrible accident sours their relationship (not unlike the events of TV’s Smallville, some 40 years later). Perry, on the other hand, had no such ties to Smallville. In fact, according to 1956’s WORLD’S FINEST COMICS #80, the illustrious editor’s first job was for the Gotham Gazette, and wouldn’t get started at The Great Metropolitan Newspaper until later in his career.

Part of John Byrne’s mission statement with his run on the Man of Steel, particularly in WORLD OF METROPOLIS, was to create a more lived-in feeling to the city; to bring its citizens together, and get us to identify with it as we do the landmarks of its gothic, Bat-signal-lit sister across the bay. Establishing a relationship such as the history between Superman’s greatest enemy and one of his most respected role models was one that went a long way toward making Superman’s world feel like home. 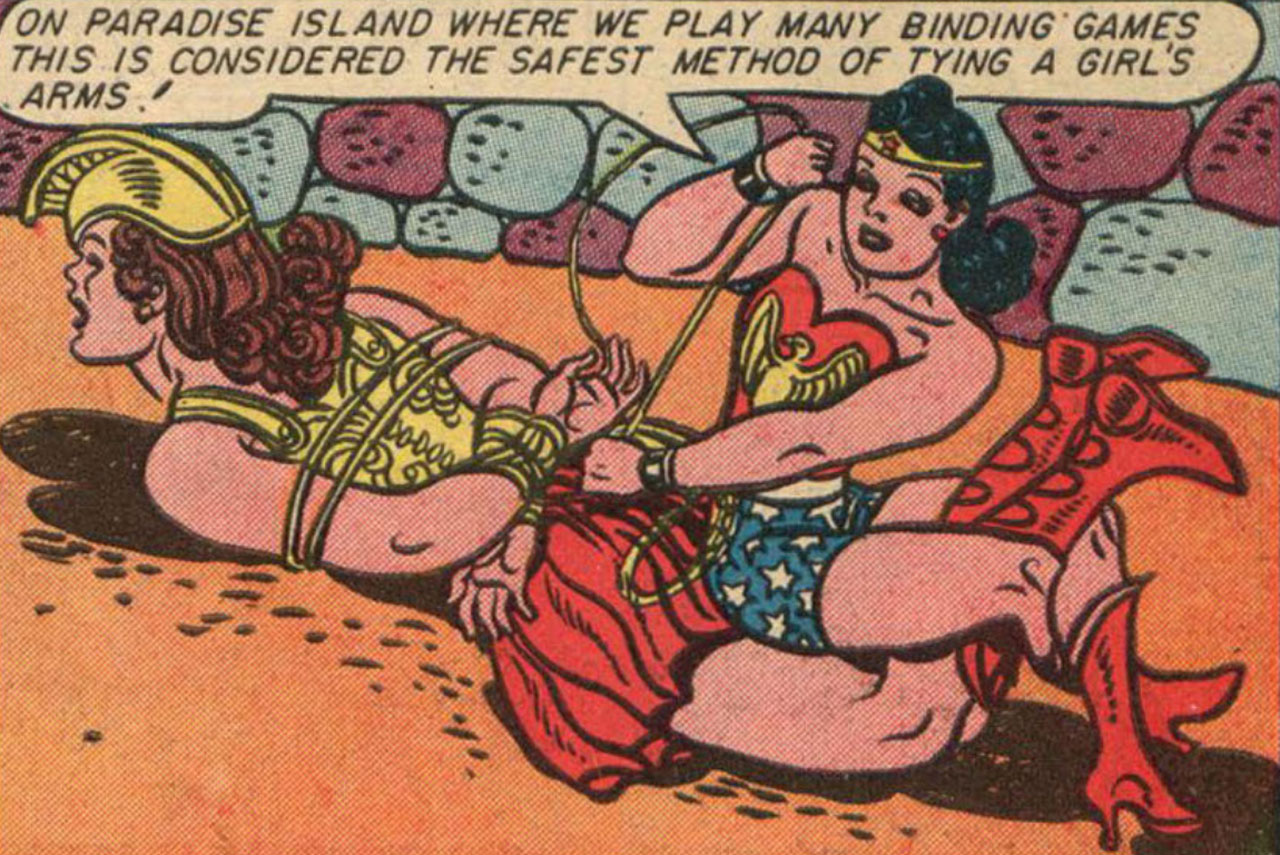 “Esper Quinn’s article on Queer Hot Spots in the DCU was a reminder to us all as to Diana’s true nature. That she was in fact, the first bisexual character in DC’s long history. That long before Steve Trevor entered the picture, Princess Diana must have had (as did her fellow Amazons around her), at least one lover among them.

Now, ever since the new Rebirth era has taken root, for the latest “shuffling of the deck chairs” so to speak, I haven’t climbed back on board as yet. So, I can’t speak to what is or isn’t going on with some of my favorite characters. So, my question is, have any of her writers tackled this topic? If so Q, where and when? Thanks!” -Wrightline1.42741

Well, for starters, me. I wrote a showcase of LGBT heroes in 2019, and made sure to include Wonder Woman at the forefront of the DC Universe’s bisexual heroes. Growing up on Themyscira in a society of only women, it exceeds the bounds of reason to assume that the residents of Paradise Island led an asexual lifestyle. Queer relationships are a presumptive part of every day life on the island, an aspect hinted at all the way back to the original stories by creator William Moulton Marston (who himself was committed to a polyamorous relationship with two bisexual women). As I wrote in 2019, the first explicit acknowledgment of Diana’s romantic connections to other women beyond subtext and supposition was early in the Rebirth era, in Greg Rucka and Nicola Scott’s WONDER WOMAN #2. There, a bathing Diana is gossiped about by her sisters about the many lovers she’s taken on the island.

When asked about this by news site Comicosity, Rucka had this to say:

"It’s supposed to be paradise. You’re supposed to be able to live happily. You’re supposed to be able — in a context where one can live happily, and part of what an individual needs for that happiness is to have a partner — to have a fulfilling, romantic and sexual relationship. And the only options are women. But an Amazon doesn’t look at another Amazon and say, 'You’re gay.' They don’t. The concept doesn’t exist. Now, are we saying Diana has been in love and had relationships with other women? As Nicola and I approach it, the answer is obviously yes."

Canonically speaking, there have been admittedly few explicit allusions to Diana’s nonheteronormative nature since that early sequence. But before that, the Grant Morrison-written WONDER WOMAN: EARTH ONE graphic novel trilogy, Diana refers to Mala, another Amazon, as her lover. And in DC COMICS: BOMBSHELLS, Mera, queen of Atlantis, alludes to a relationship with Diana herself in the past. And while, sure, there’s room to interpret Wonder Woman’s desire to be loved and admired by Themysciran stablewoman Alethea in Jill Thompson’s WONDER WOMAN: THE TRUE AMAZON as chaste… come on. Let’s be adults here.

So do alternate universes have a better track record than the main universe in explicitly depicting Diana as a queer hero? For the time being, yes. But hey: there was a time that THE KILLING JOKE wasn’t explicitly canon, either. With time, we’ll hopefully continue to move the needle to more explicit representation.

WELL, I TOOK A WALK AROUND THE WORLD TO EASE MY TROUBLED MIND 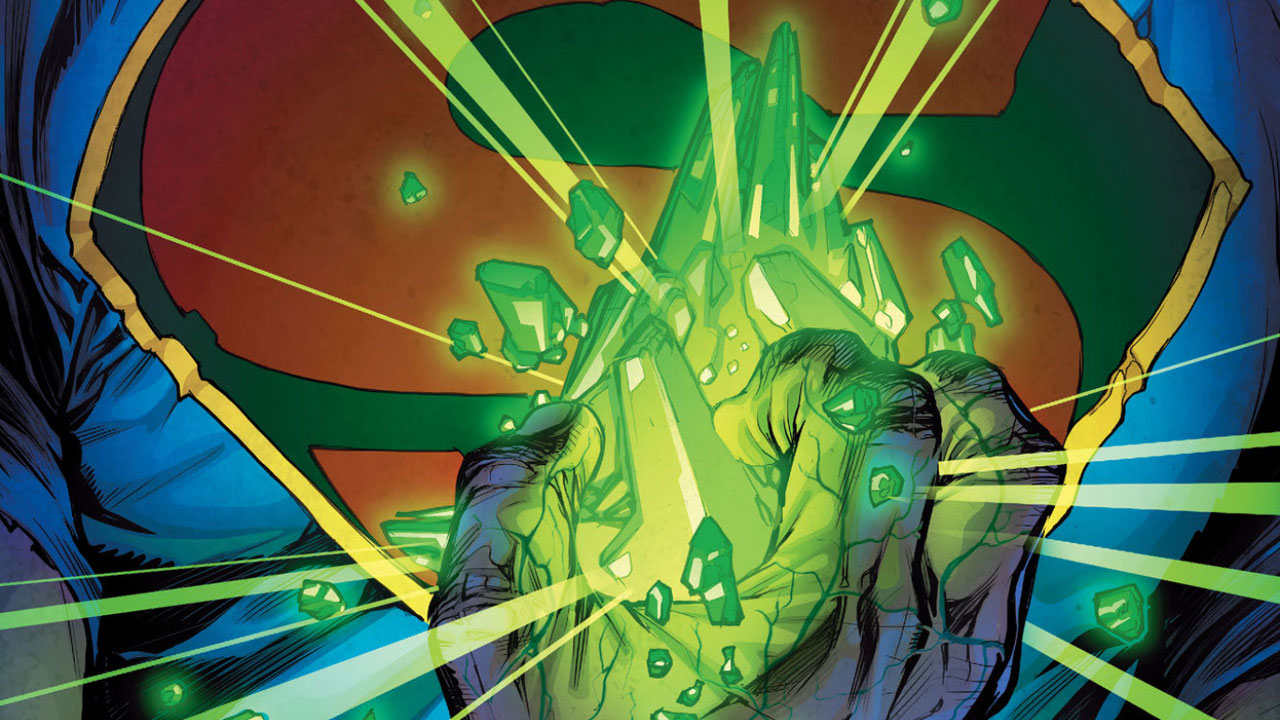 “Is lead the only way to contain Kryptonite radiation, or is it mostly just used for the dual purpose of blocking x-ray vision?” -Numbuh1Nerd

Short answer: pretty much. Why establish another solution when the first one works perfectly well? The more ways you come up with to negate Kryptonite, the less deadly it ends up becoming in practice against Superman. I should note, however, that in a previous column, we explored how exposure to certain strains of Red Kryptonite do keep Superman from being affected by other varieties for the duration of its effects. Additionally, in Denny O’Neil’s brief but influential run on Superman in the Bronze Age, all Kryptonite was rendered ineffective against the Man of Steel after a scientist’s experiment to harness energy from the alien mineral renders all Kryptonite on Earth completely inert.

Speaking of which, we should also consider the factors which protect from all kinds of radiation in the REAL world. If lead blocks Kryptonite, as it does other kinds of reason in the real world, then it stands to reason that similar methods of radiation blocking may be effective against Kryptonite as well. For one, there’s just physical distance. Get that Kryptonite far enough away from Superman and he won’t be affected. But we all know that. Other materials, depending on their density, may be capable of blocking Kryptonite radiation as well. For instance, in nuclear reactors, large quantities of water are used to protect the environs from radiation. So scientifically speaking it may not be a matter of a specific element, but of density. Lead just happens to be particularly dense. On the other hand, as you’ve pointed out, lead is treated as a special substance by Kryptonians, as it’s the only element which blocks Superman’s x-ray vision. So, Kryptonite radiation may not be beholden to the same rules as regular radiation after all… even though the early “lead” solution was a clear reference to how we block the effects of radiation in real life.

There’s also, you know. Magic. But that’s why it’s magic.

And that’s all we’ve got in the tank this week! Tune in next time for another thrilling volley of Q’s and their reciprocal A’s. The only rule of the game is to ASK… THE QUESTION.