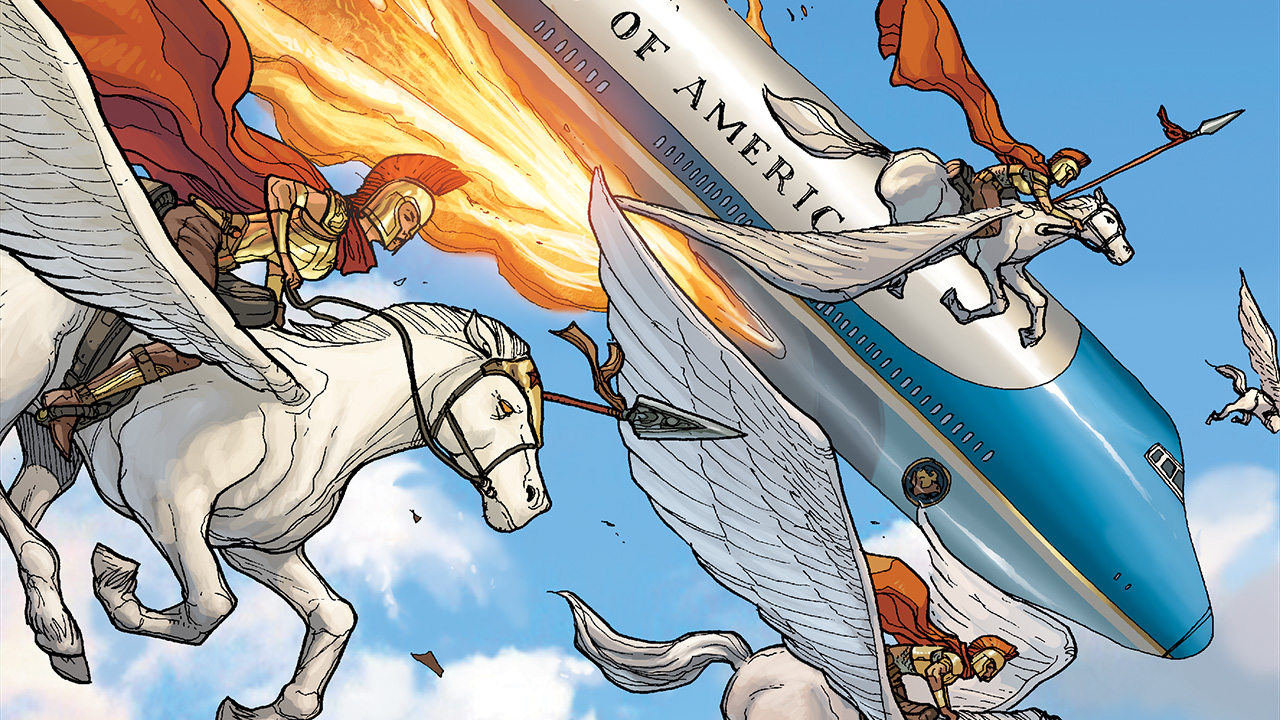 Have you watched Wonder Woman: Bloodlines on DC Universe yet? It’s an exciting reminder of how great it is to see Amazons kick butt. Villiany Inc. attacks Themyscira, receives an epic beatdown, and learns an important lesson: never start a fight against an Amazon because chances are you won’t be the one walking away from it. If you enjoy seeing Amazons kick ass (and who doesn’t?) then here are 5 other awesome Amazonian battles for you to check out...

Who Started It: Baroness Paula von Gunther had a spy sneak aboard Wonder Woman’s invisible plane, which was about to take a trip to Paradise Island. Once the spy reached Themyscira, she transmitted the location to a waiting Nazi boat. The Nazis started their attack run on the Amazons, which went about as well as you could expect.

The Victor: The Amazons beat the Nazis. Were you expecting another outcome? It was pretty simple, they didn’t want the Nazi warship near Paradise Island, so they swam under the battleship and pushed it beneath Steve Trevor’s plane, where he proceeded to bomb it.

Biggest Mistake: Messing with the Amazons. And also being Nazis.

Amazons vs. Crisis on Infinite Earths 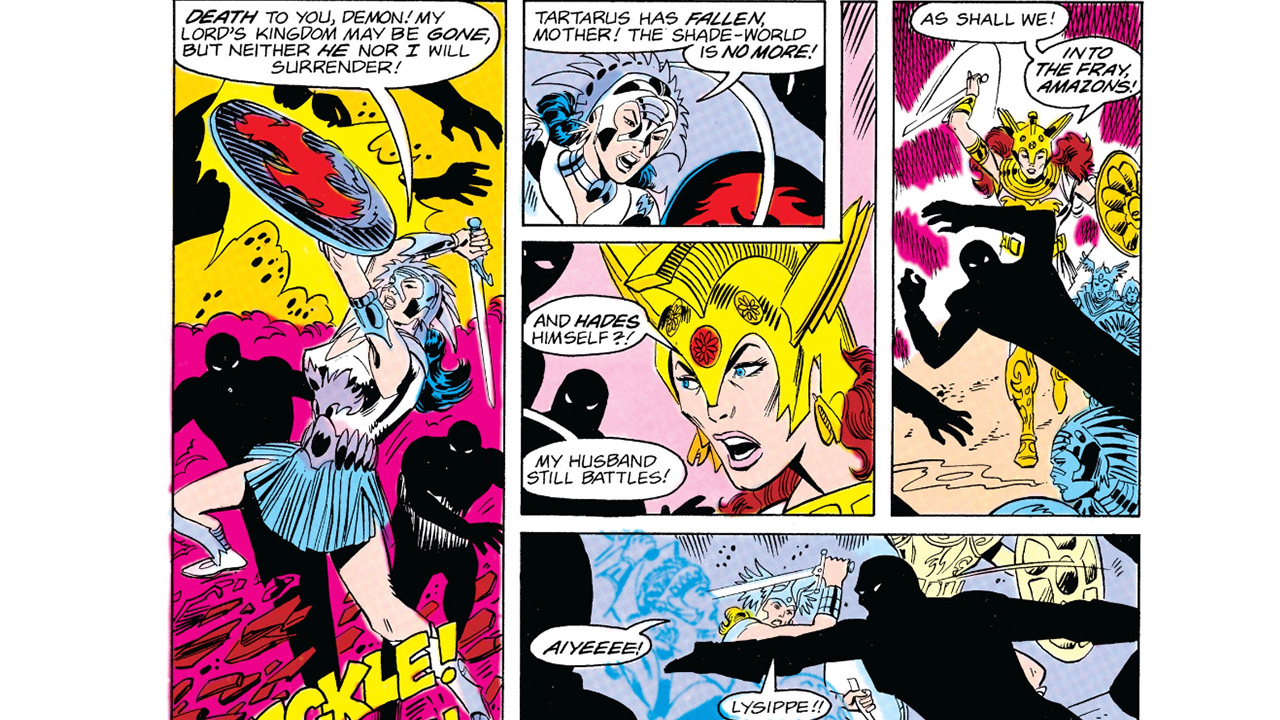 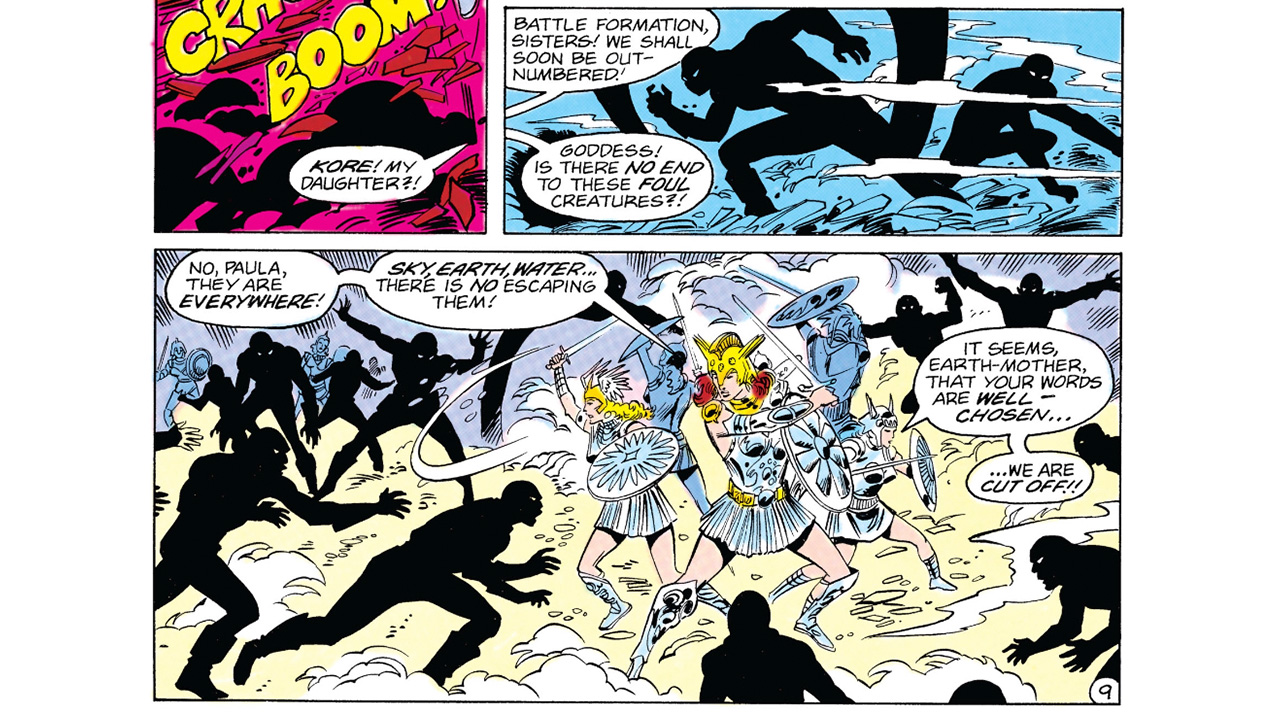 Beatdown Receiver: Hades, Mars, The Anti-Monitor and his Shadow Demons

Who Started It: The Anti-Monitor was trying to destroy every world in the multiverse, but the Amazons were so tough that he had to enlist some outside help. The Anti-Monitor teamed up with the god Mars, and Hades himself. Surely their combined forces could beat the Amazons. right?

The Victor: Another win for the Amazons! It doesn’t matter how many people you team up with, this was always going to go one way. Hades even reanimated some dead Amazons to fight on his side, but the Amazons prevailed. Wonder Woman celebrated the victory by finally marrying Steve Trevor, giving them a brief happy ending before their history was reset.

Biggest Mistake: Don’t fight against an island full of warrior women. We don’t care if you have the power to end reality, you’re still going to lose. 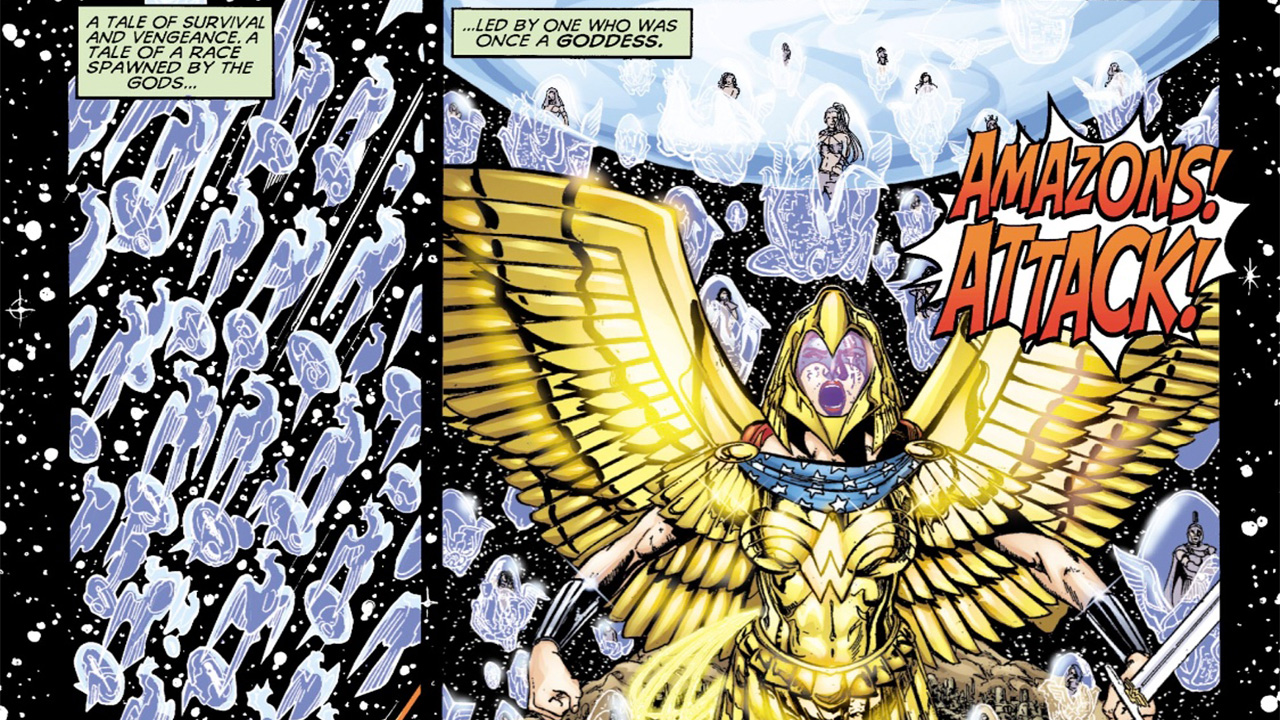 Who Started It: Imperiex wanted to destroy the world and create a new big bang. The Amazons live on Earth, and weren’t so fond of their home being destroyed. Game on Imperiex.

The Victor: Take a wild guess. Although Queen Hippolyta was killed in the skirmish, she was revived years later so Imperiex can’t claim this as a win. In fact, killing the Queen ticked the Amazons off so much that they used Themyscira as a weapon against Imperiex. YES, they took their entire island into space and used it against him. Don’t mess with the Amazons.

Biggest Mistake: If Hades and the Anti-Monitor couldn’t beat the Amazons, why would you even try?

Amazons vs. The World 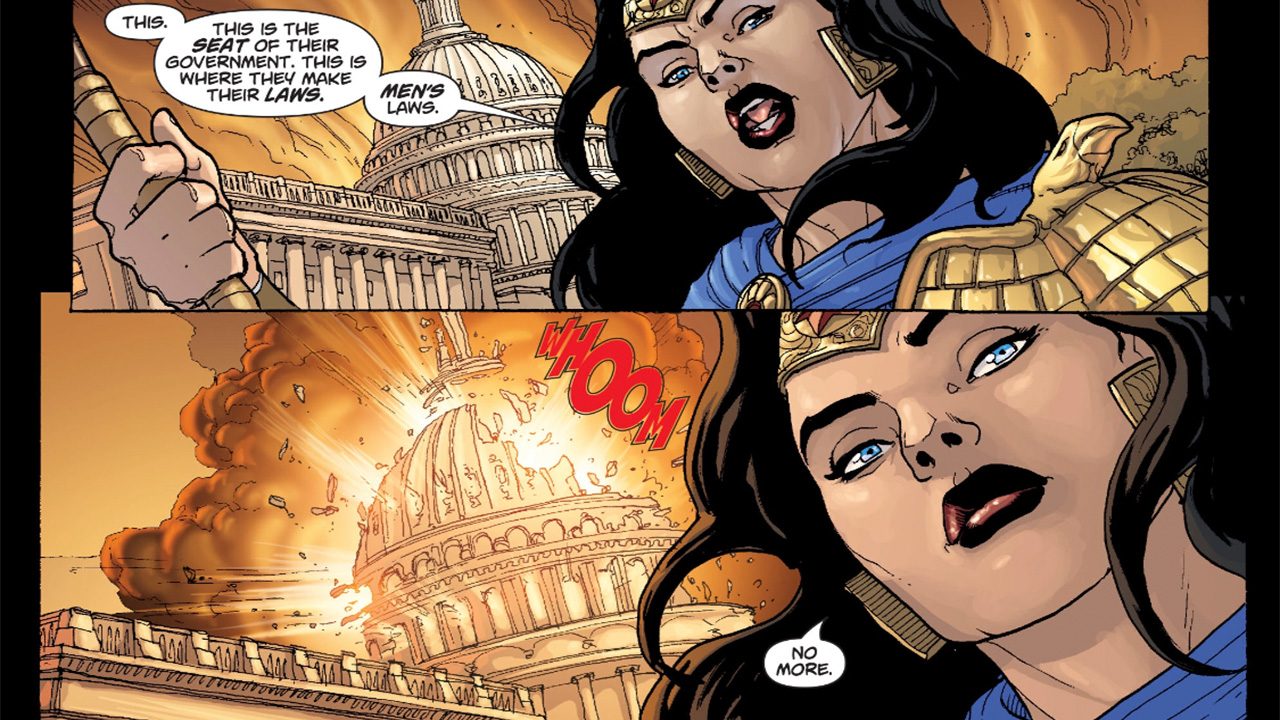 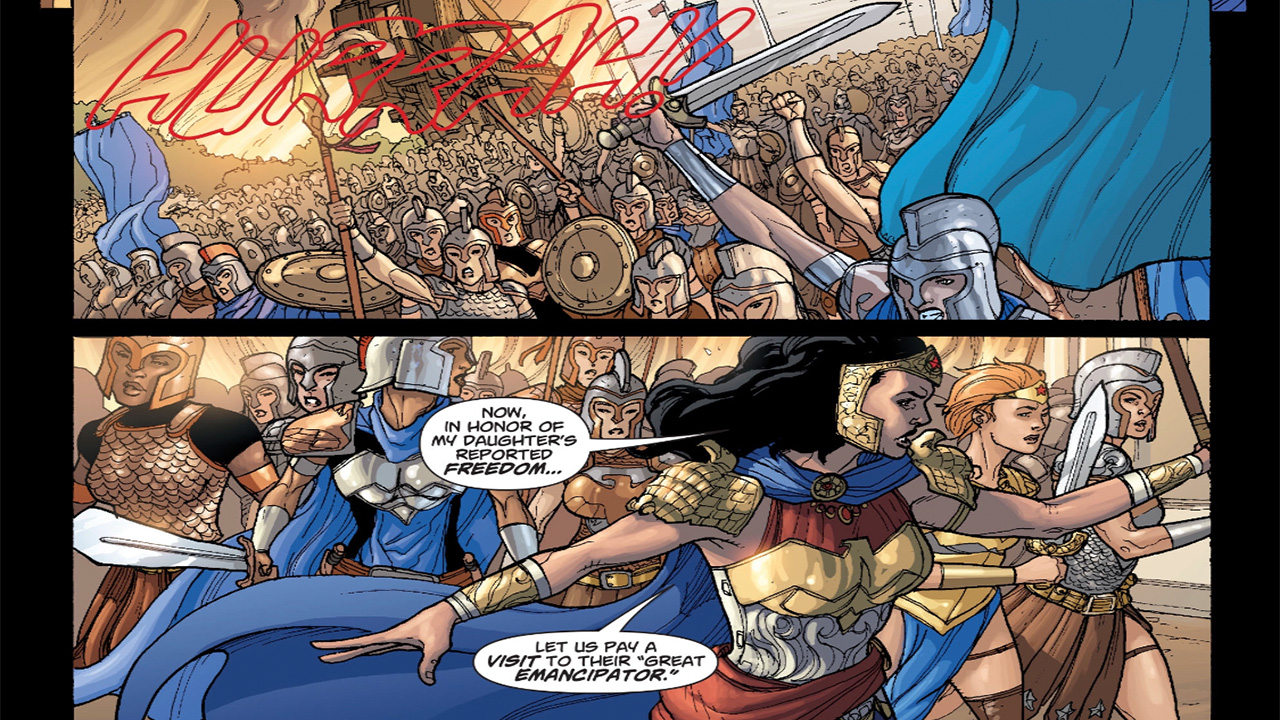 Beatdown Receiver: Every human being on the planet Earth.

Who Started It: Wonder Woman was imprisoned by the government, which caused an enraged Queen Hippolyta to wage war on humanity. It turns out the god Circe was pulling her strings, because there’s nothing more entertaining than seeing Amazons attack.

Where to Read It: Amazons Attack #1-6

The Victor: Some might say that mankind won this battle, but that’s not quite right. The Amazons were decimating the world, and only stopped when their leader Hippolyta was freed from Circe’s control, and called a halt to the attack. So make no mistake, the only reason humanity survived is because the Amazons let them survive. 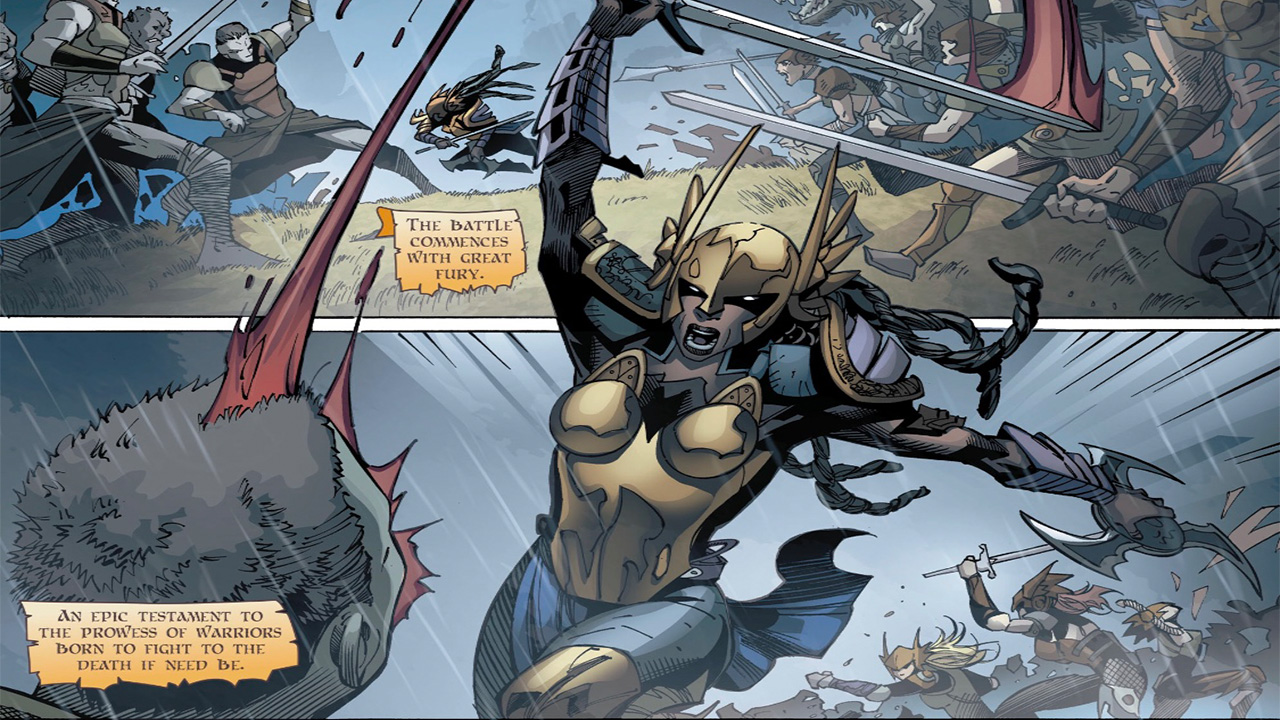 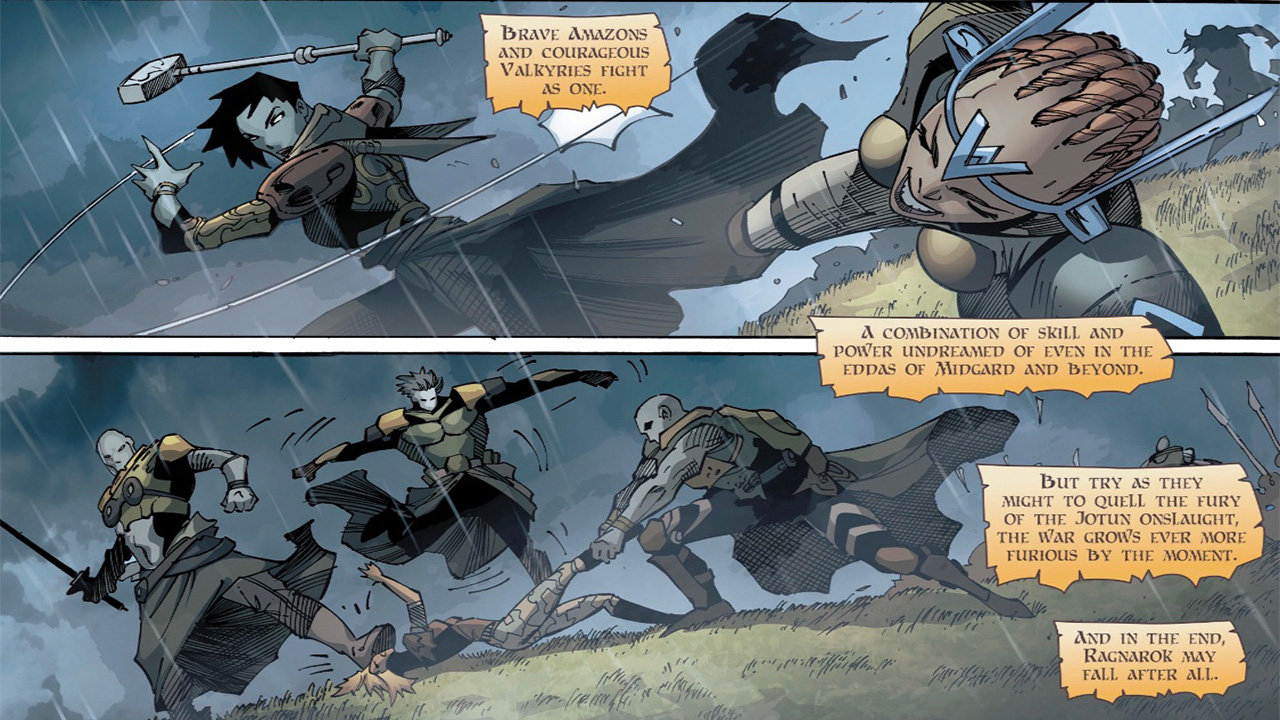 Beatdown Receiver: The Storm Giants and everyone in their path.

Who Started It: Years before Wonder Woman was born, a group of traveling Amazons were kidnapped by Storm Giants. Hessia never leads an Amazon behind, so she and her troops embarked on a quest to save their sisters from their captors.

Where to Read It: The Odyssey of the Amazons #1-6

The Victor: It doesn’t matter what century it is, the Amazons always win. Not only did they beat the Storm Giants, but they also fought off every single force that tried to stop them along the way. If you love good Amazon beatdowns, then check out this limited series.

Biggest Mistake: Did we stutter? Never pick a fight with the Amazons!

Who would you like to see the Amazons go up against? Let us know in our Community!