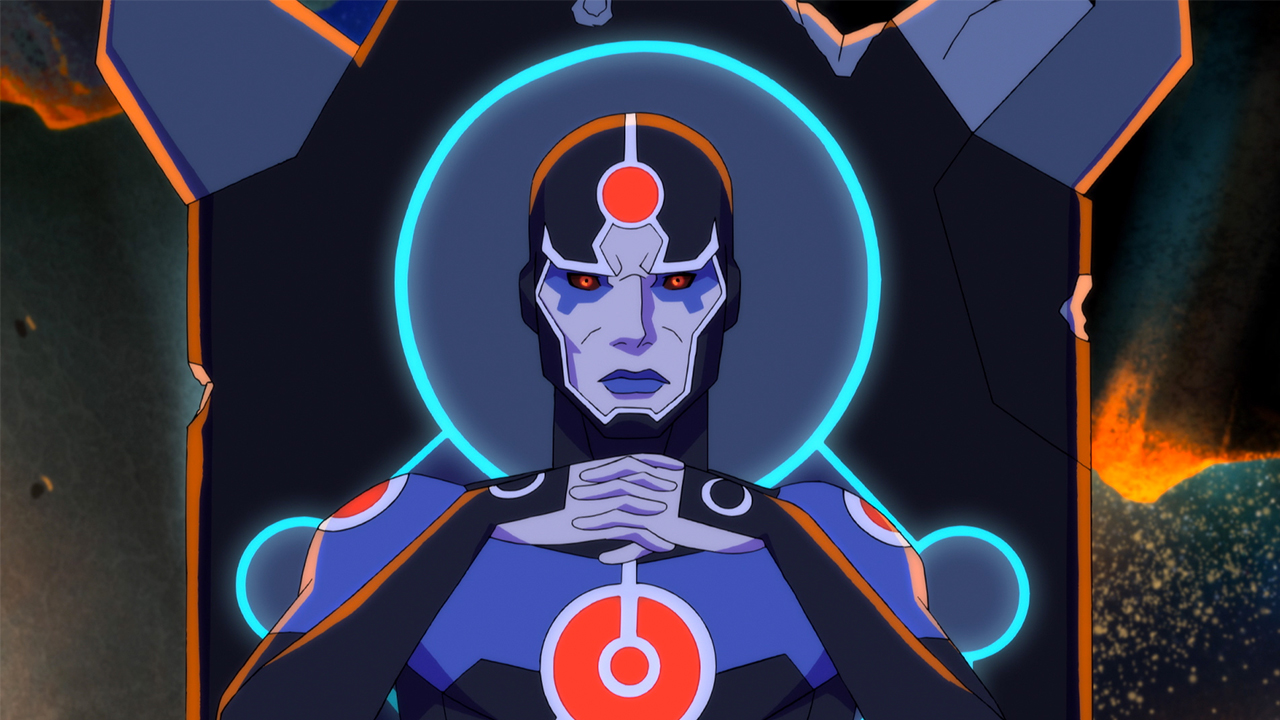 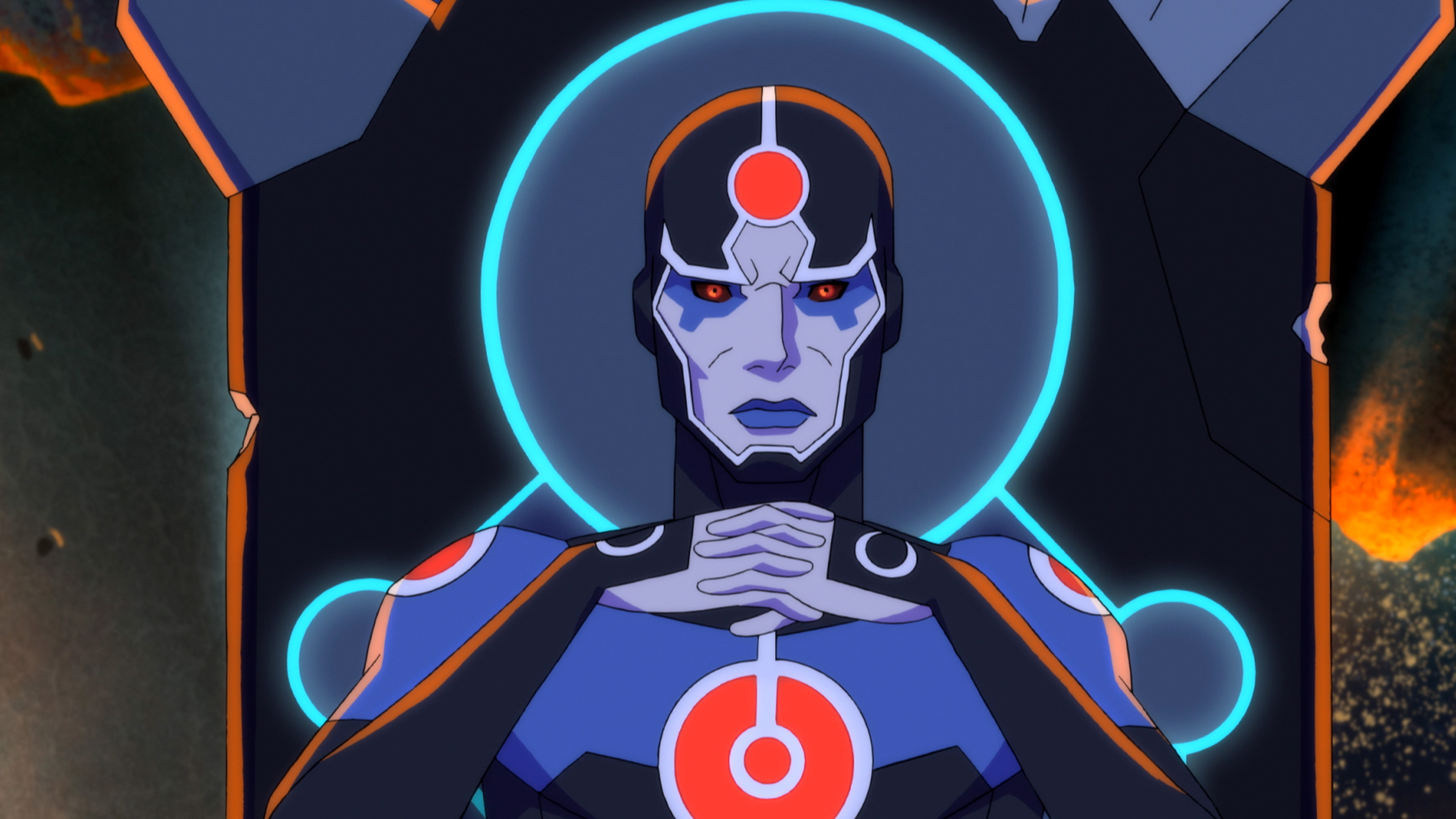 All the Easter Eggs in the YOUNG JUSTICE: OUTSIDERS Finale

After a suspenseful and thrilling few months, DC Universe's ‘Young Justice: Outsiders’ concluded this week with a 3-part finale (“Into the Breach,” “Overwhelmed,” and “Nevermore”). From the doom and gloom of Granny’s Orphanage to the peaceful tranquility of Geranium City, we journeyed to some far-off places and met some fascinating characters. Now it’s time for our final Easter eggs column of the season, where we’ll cover all the cool comic book references we found, including that interesting ring we spotted on Bibbo’s waitress! Let’s begin...

Put a Ring on It 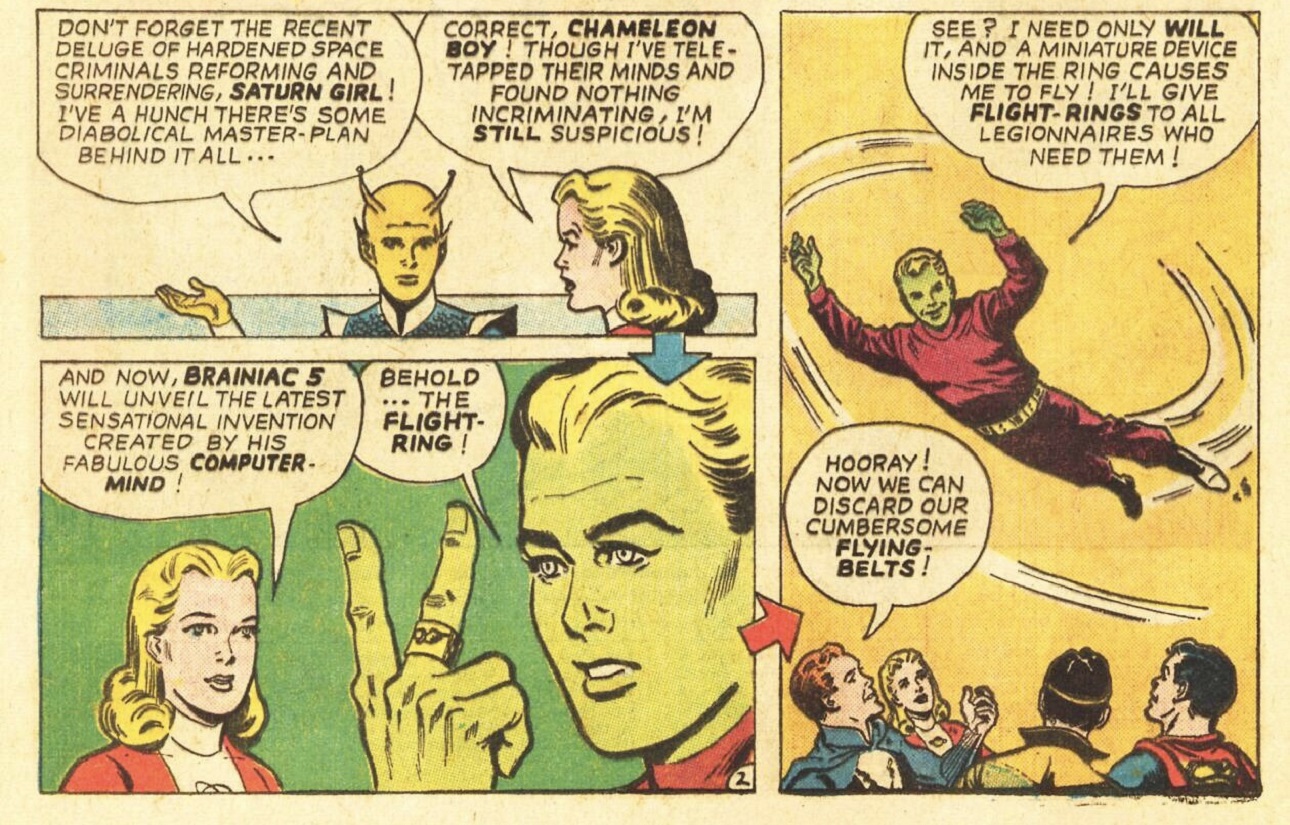 Judging by her ring, it seems like Bibbo’s waitress is moonlighting as a member of the Legion of Super-Heroes. The ring she’s wearing is none other than a Legion Flight Ring, a special device given the lucky heroes who were granted membership to the Legion. Originally the members used flying belts for aerial travel until ‘Adventure Comics’ #329 (written by Jerry Siegel and penciled by Jim Mooney) when Brainiac 5 developed the first Legion Flight Ring (though watch that finger, Brainy!). The logo wasn’t as distinctive as it would later be, but they still served their purpose of giving their wearers limited flying abilities. We don’t know the true identity of Bibbo’s waitress, but her blonde hair could make her a few notable Legionnaires, including Saturn Girl or Dream Girl. If this is a hint of what’s to come, then the next season of ‘Young Justice’ is already shaping up to be exciting. 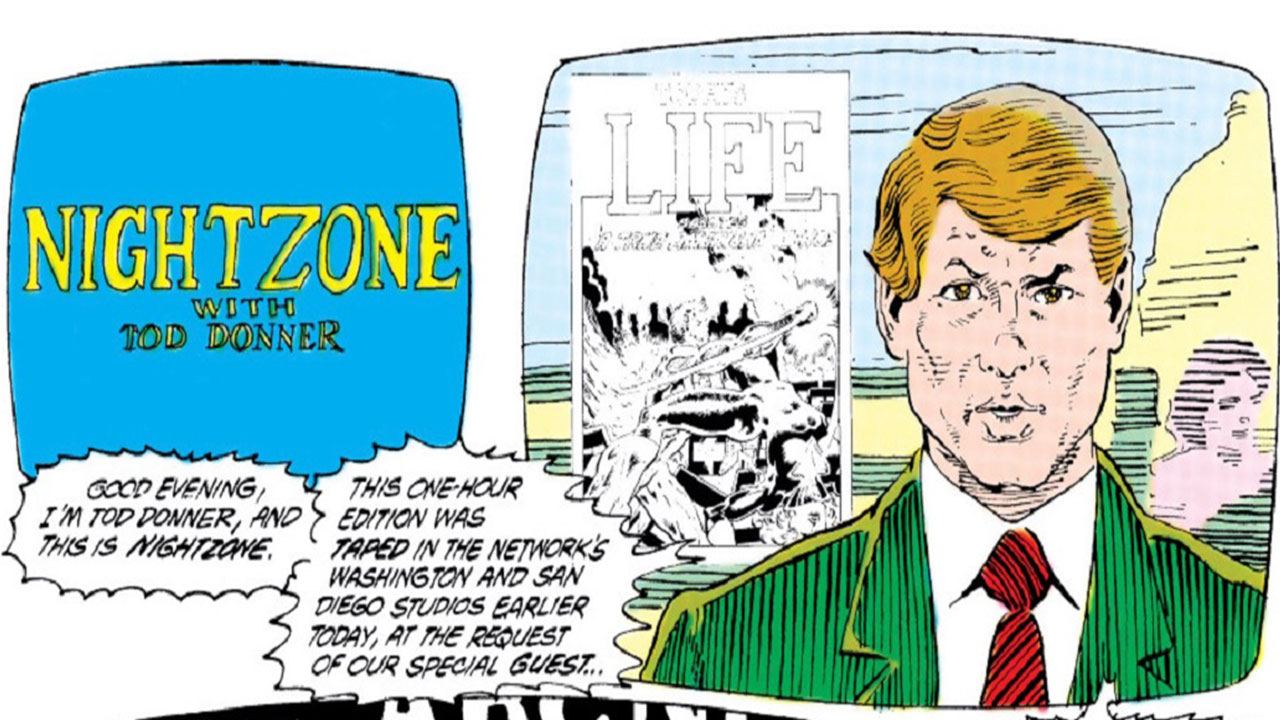 Sometimes people need a break from G. Gordon Godfrey’s propagandic drivel, but thankfully there are other news anchors on Earth-16, including Tod Donner. Tod first appeared in 1987’s ‘Captain Atom’ #3 (written by Cary Bates and penciled by Pat Broderick) where he hosted his own news program called Nightzone, an homage to Ted Koppel’s Nightline. ‘Young Justice’ showrunner Greg Weisman has a history with Tod, since he co-wrote 1989’s ‘Captain Atom’ #34 with Cary Bates. Although this is Tod’s first appearance on the ‘Young Justice’ animated series, it’s not his first time in the continuity. Did you read DC Universe’s digital exclusive ‘Young Justice: Outsiders’ #1 (written by Greg Weisman and penciled by Christopher Jones)? Tod Donner appeared in there moderating a panel at a film convention. He sure gets around! 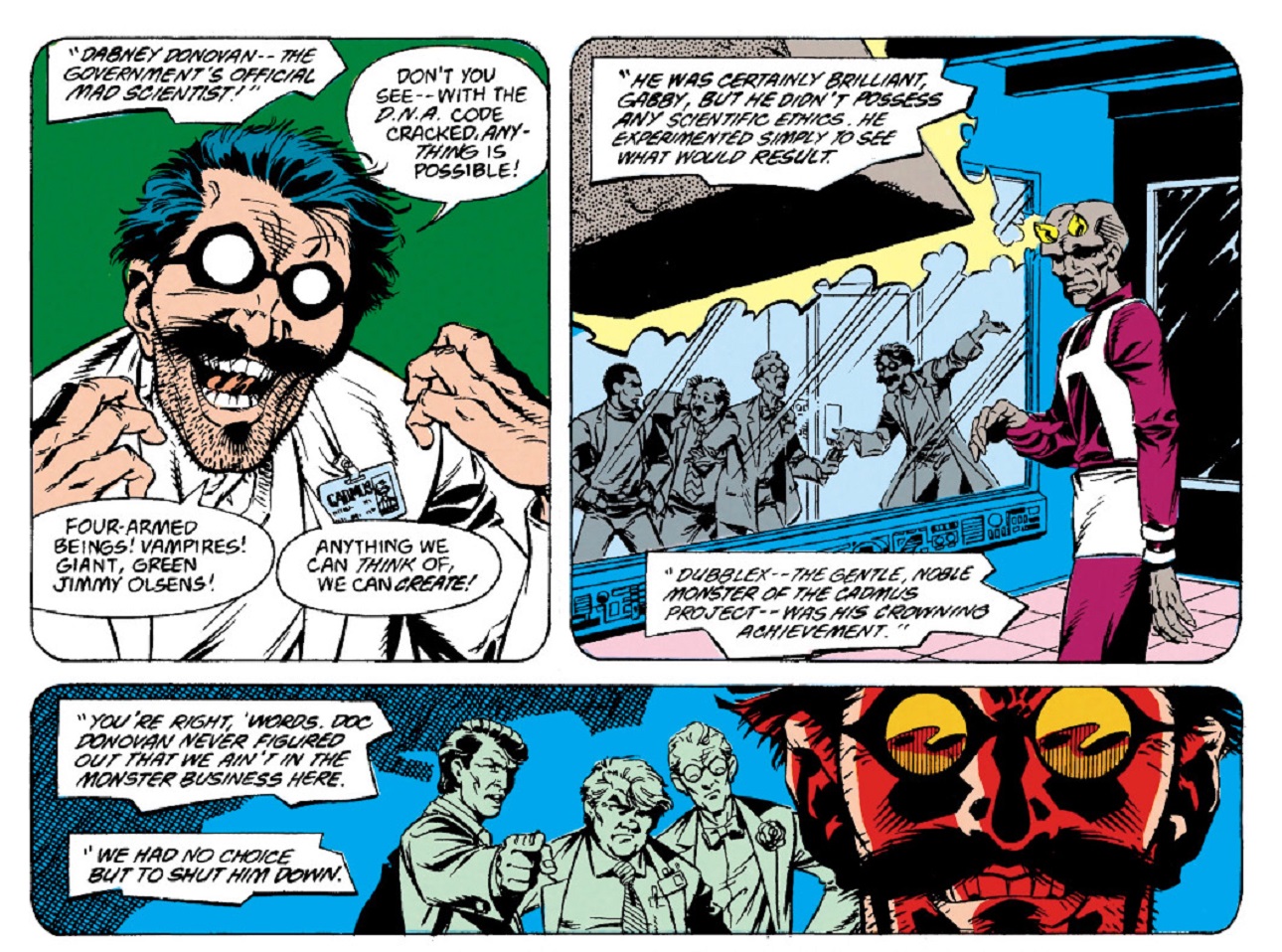 Once the crisis of the Anti-Life Equation had been resolved, Conner took Forager to Geranium City for some relaxation and reflection. The two were greeted by the town’s mayor Dabney Donovan, who was revealed to be a disguised Dubbilex. It’s odd that Dubbilex chose Donovan as his secret identity because Dabney does not have a good reputation, especially if you’re from Cadmus. The mad scientist was first mentioned in ‘Superman’s Pal Jimmy Olsen’ #142 (story and art by Jack Kirby and Joe Simon), before being fleshed out in 1990’s ‘Secret Origins’ #49 (story and art by Karl Kessel). His DNA experiments horrified his peers, who promptly shunned him from the scientific community. He did, however, create Dubbilex, so it’s possible Dubbilex chose the identity as a tribute to his “father.”

Speaking of familial relations in Geranium City, Conner introduced one of the Genomorphs as Karen, who is named after showrunner Brandon Vietti’s wife. 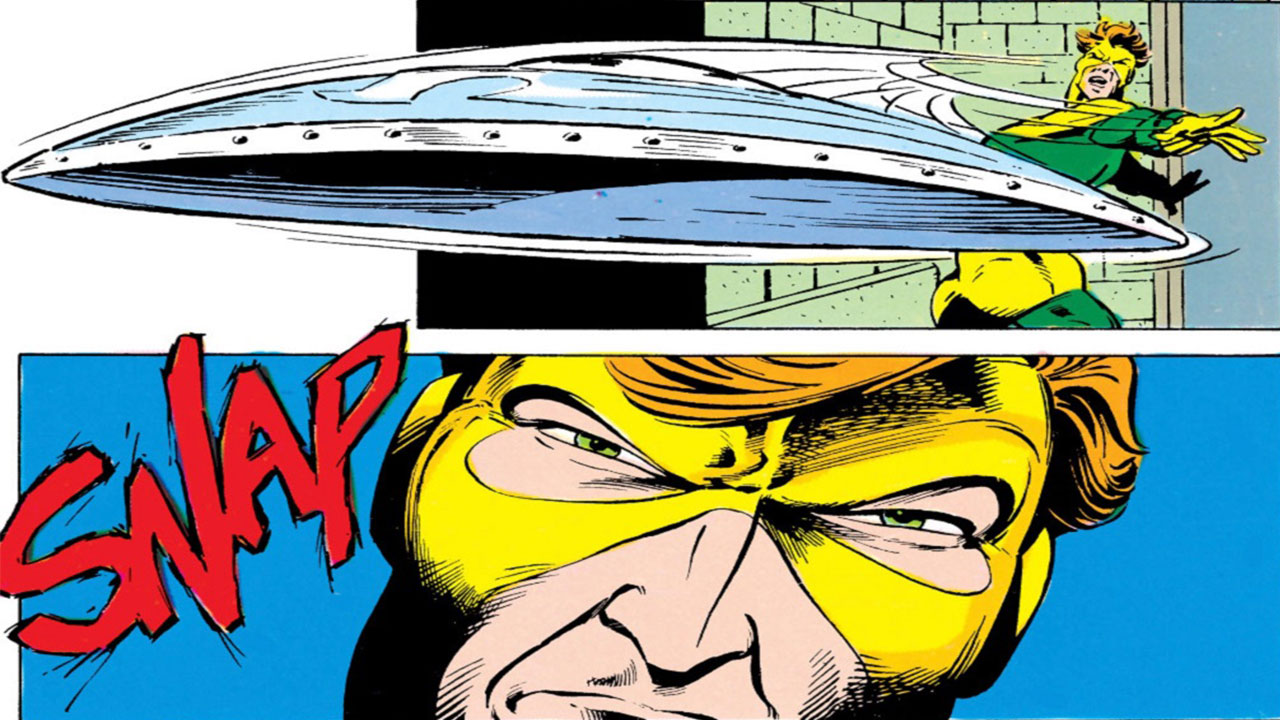 The Outsiders return to Markovia proved to be fatal for Baron Bedlam. After claiming the crown for himself, Baron Bedlam faced the wraith of Brion Markov, who murdered the tyrant in a mad rage. Brion and Bedlam had a similar confrontation in the comics, and things didn’t go well for the Baron there either. In ‘Adventures of the Outsiders’ #35 (written by Mike W. Barr and penciled by Alan Davis) Geo-Force and the team returned to Markovia after the Baron took the throne from Brion’s brother Gregor. Geo-Force encouraged Bedlam to commit suicide after his defeat, but when the villain attempted to shoot him, Brion took a decorative Nazi shield and beheaded the dictator.

The plot thread of Geo-Force becoming a mad king and alienating his teammates is similar to a storyline from 2011’s ‘Outsiders’ #40 . While defending his kingdom from invading villains, Geo-Force gave into his darker emotions and used the power of Earth to grow into a giant and repel the invaders with extreme force. The fallback left his kingdom in shambles and some dead. Batman and the Outsiders were horrified at Brion’s insane style of ruling, and promptly left Markovia without their former teammate. 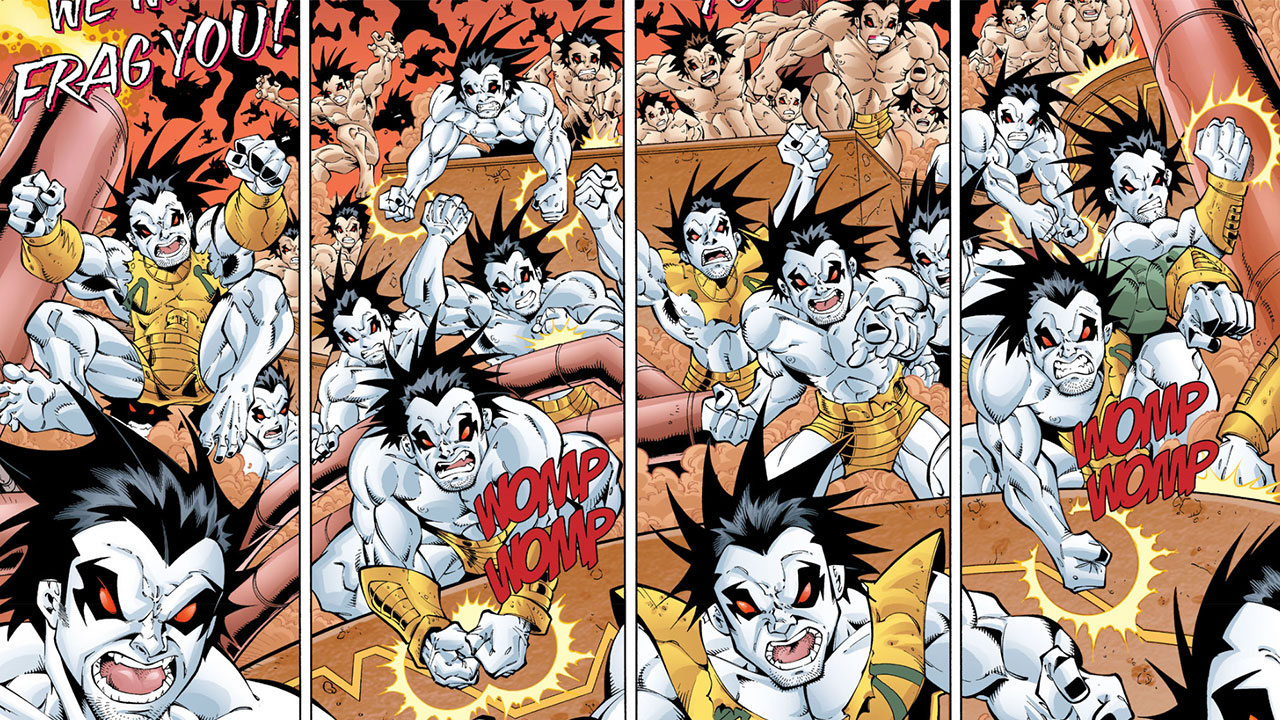 After Lobo’s finger was cut off in the episode “Home Fires,” fans have spent months speculating that the severed digit would become the newest member of the Team. While the thought of a finger joining a superhero group might sound far-fetched, it’s important to remember that Lobo’s body has the ability to regenerate into clones. In 2001’s ‘Young Justice’ #37 (written by Peter David and penciled by Todd Nauck) Teen Lobo (the Main Man was going through a weird phase) was reduced to a drop of blood, and from that blood an army of clones grew. One of the clones joined Young Justice, and took on the name Slobo. He shared Lobo’s roguish nature and love for violence, making him an odd fit for the team. He stuck around until Darkseid shot an Omega beam that transported the Top Teen to the 853rd century, where Slobo was turned into a stone statue. The Slobo theories seemed to come true during the end credits scene in “Nevermore” as the severed finger stood up as a fully realized cutesy baby. Don’t bet on him joining the Team anytime soon though, because the real Lobo promptly stomped him into a pulp. We’re still trying to process our feelings on the entire affair, and you can check out our Baby Lobo eulogy here. 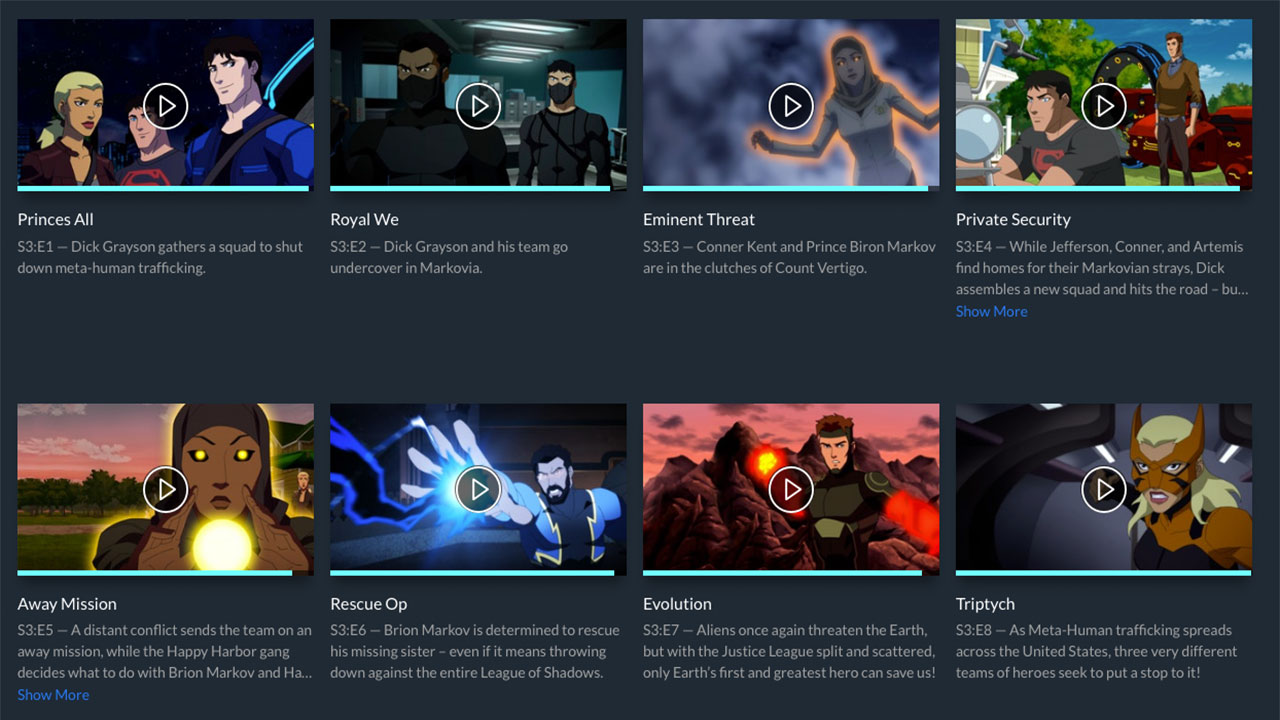 Now that the season is done, it’s time to look at an Easter egg that has been under our noses the entire time. If you look at the first letter of each episode title, they spell out a secret message, “Prepare the Anti-Life Equation.” Check out the series page to see for yourself! As far as we’re aware, none of our other programs contain any secret messages in their episode titles, but it never hurts to check. 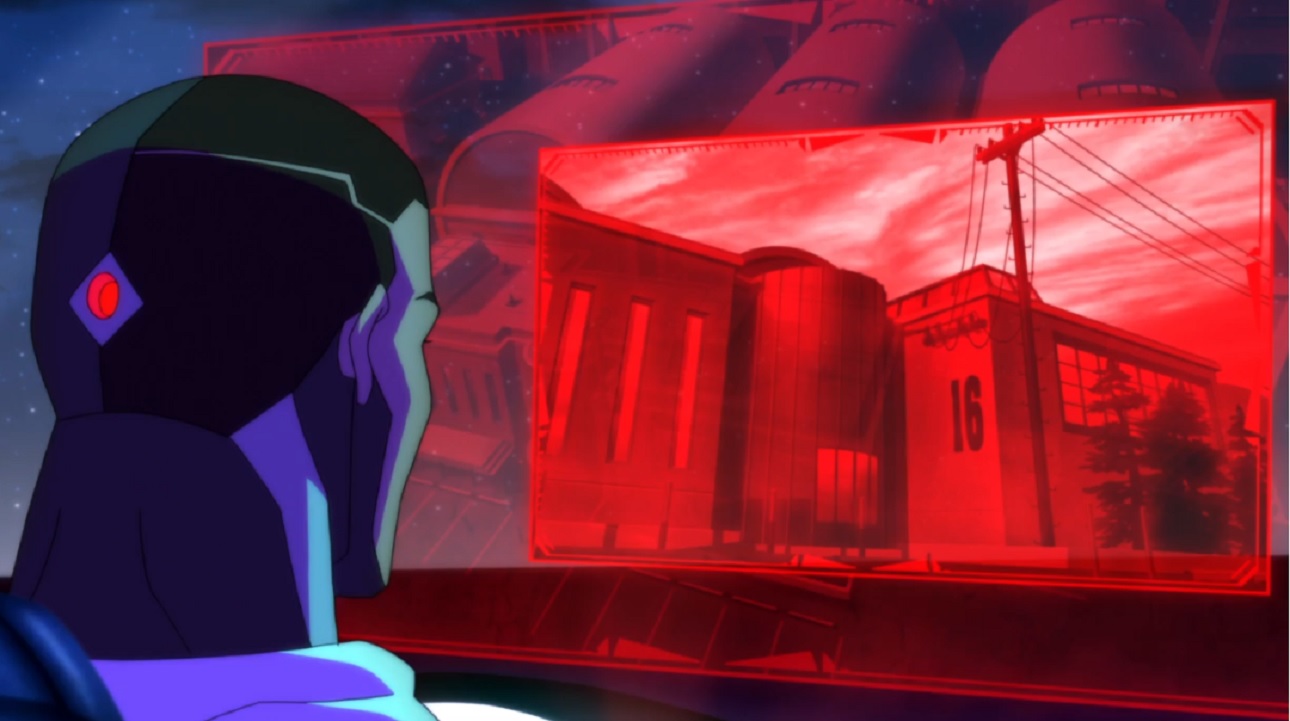 If you’ve been following this column, then you know that every episode of ‘Young Justice’ contains multiple references to the number 16. We try to keep a look out for it in a little game we call “16 Watch.” With three episodes closing out this season, we had three times the amount of usual references, but luckily our sharp members were on the case. Community member @Djd187.81432 found the number 16 on one of Granny’s warehouses and pointed out that a news report mentioned 16 rescued teens. Djd also noted that the final scene at Bibbo’s diner had the timestamp 16:16 EST. Check out the rest of Djd’s detective work on the “16 Watch” thread in the Community.

Thanks for joining us on this season-long Easter egg hunt. ‘Young Justice’ certainly gave us some deep cuts this season, and we’re excited to come back next year to see what else they’ll have in store for us.

In the meantime, our Easter egg hunt is going step into live-action when the ‘Titans’ return for their second season on September 6th. You won’t want to miss it!