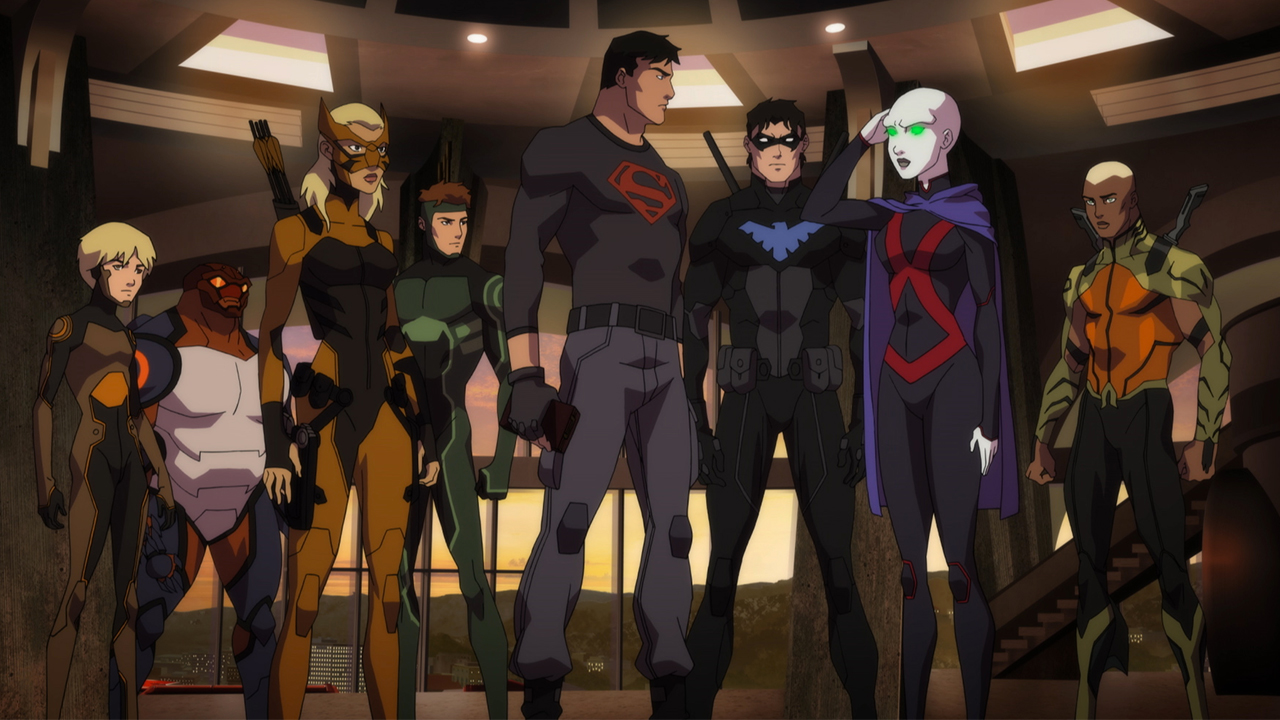 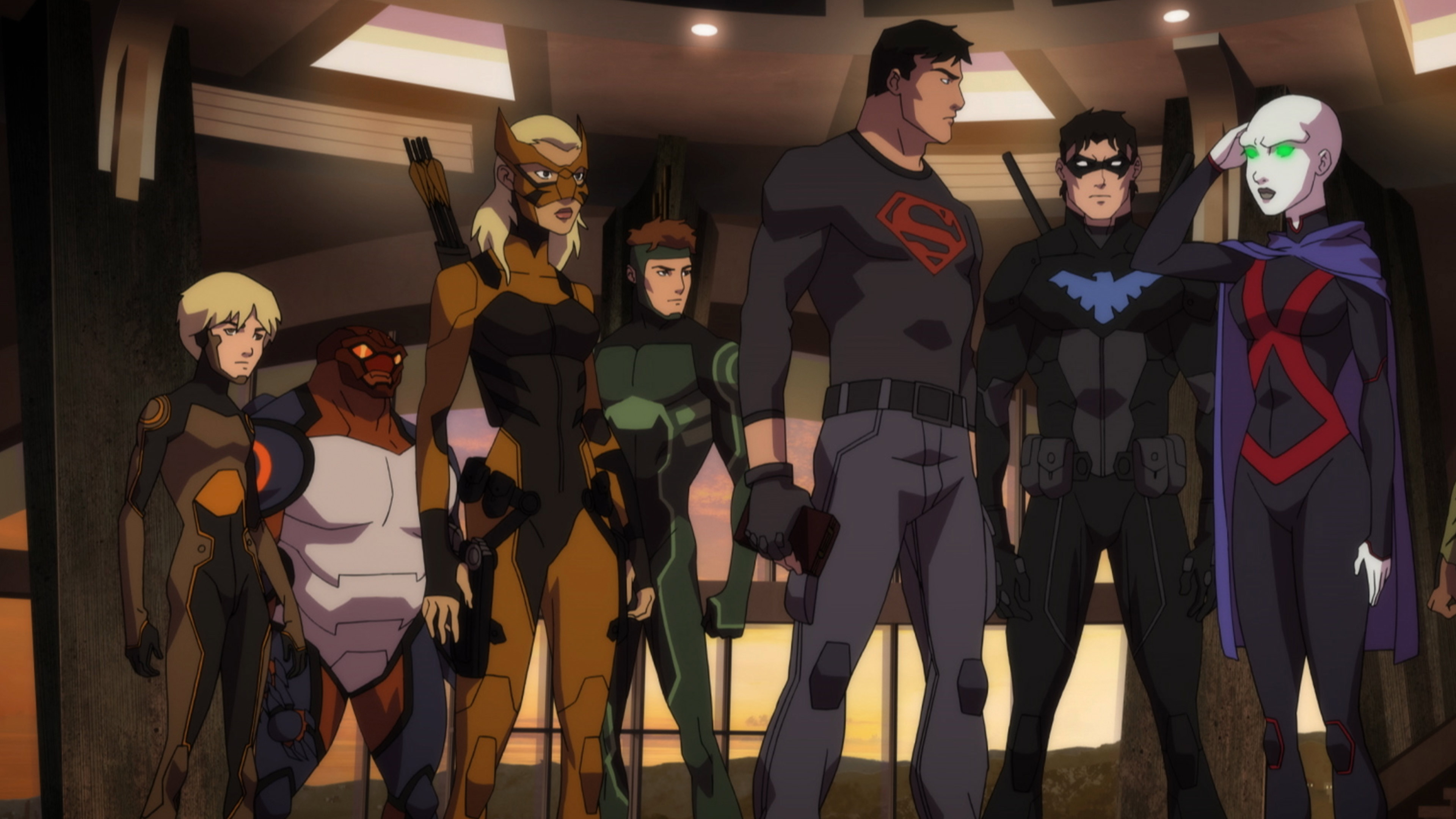 All the Easter Eggs in YOUNG JUSTICE: OUTSIDERS Episode 23: "Terminus"

Things are ramping up as ‘Young Justice: Outsiders’ continues to build towards its epic season finale. The Anti-Life Equation has been unleashed, and the heroes have fallen. Where can we go from here? Each week we’ve been examining the many ways the series has paid homage to the comic book mythology and the creators behind it, so let’s take a look at the Easter eggs found in the episode “Terminus.” 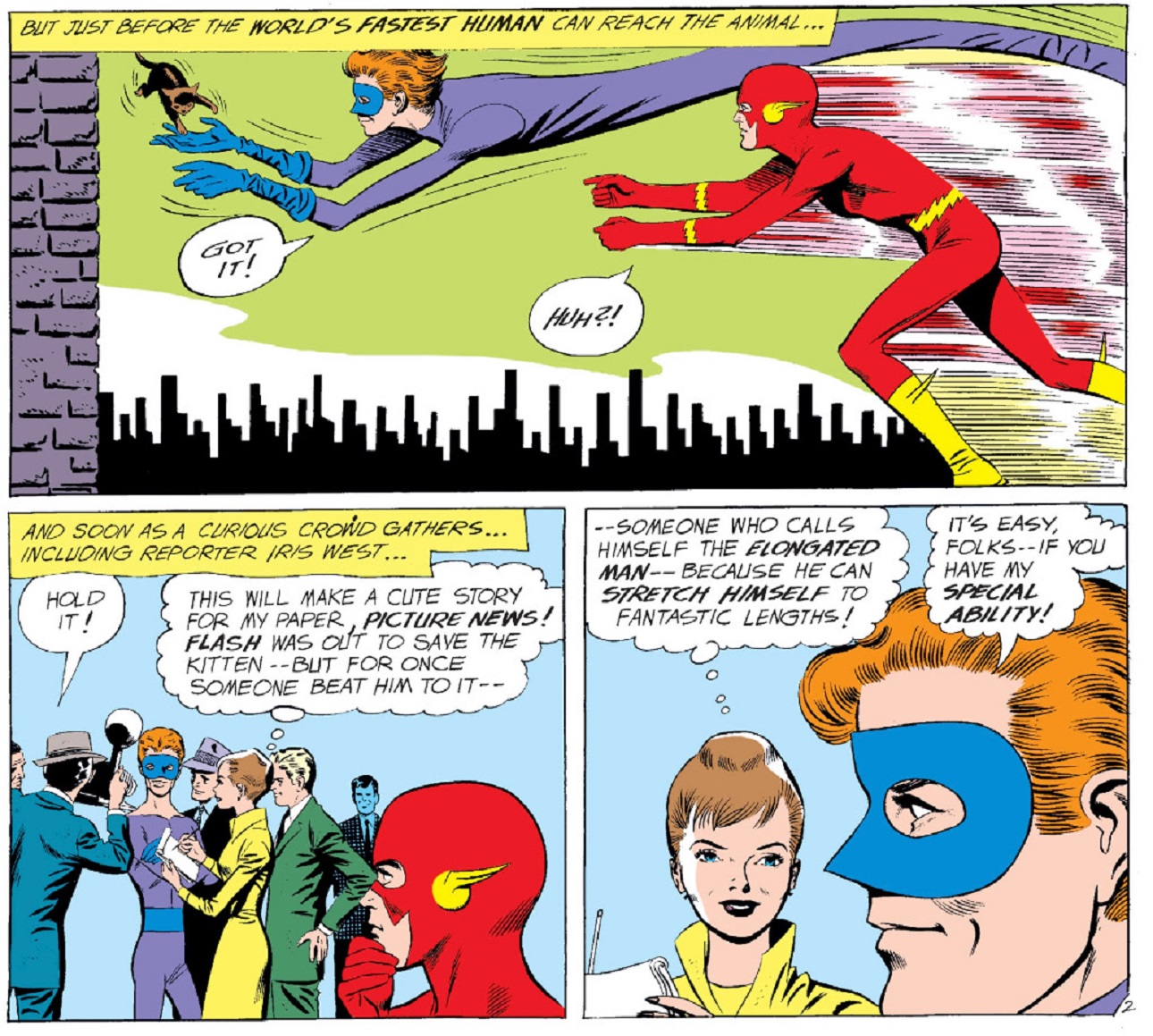 The Justice League has a roster filled with some of the DC Universe’s greatest heroes, and we’re still meeting new ones three seasons into 'Young Justice.' Ralph Dibny, the stretchy hero known as Elongated Man, was introduced this week as the group prepared to attack Granny’s Orphanage. Unfortunately, Ralph was quickly taken out, but if you want to see him in action, check out his first appearance in 1960’s ‘The Flash’ #112 (written by John Broome and penciled by Carmine Infantino). While Ralph wasn't the first elastic do-gooder in comics (that honor goes to Plastic Man), he predates the distinguished competition's Mr. Fantastic by a year. Ralph started out as a heroic rival for the Flash, who gained his powers by eating a rare fruit. See kids, it really does pay to eat your fruits and vegetables!

A King of a Doorman 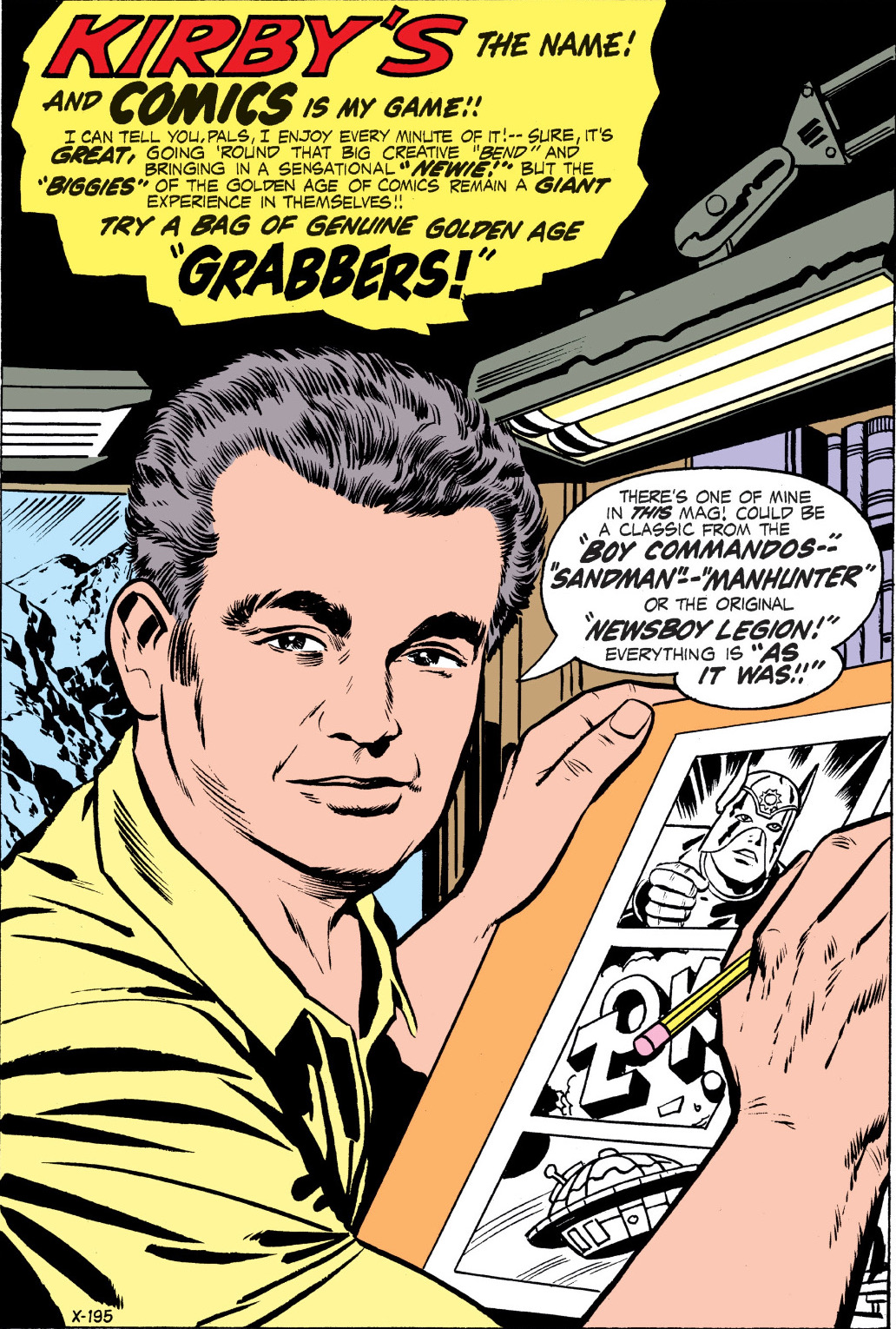 Only one man has the courage to face down Vandal Savage and tell him he can’t pass – doorman Kirby Jacobs! The guardian of Hollywood’s finest condos is an original character to the series, but his name is a tribute to legendary comics creator Jack Kirby. Kirby was born Jacob Kurtzberg, and the doorman isn’t the only way ‘Young Justice’ has paid homage to "The King" this season. Most of this season’s biggest players, like Darkseid, Granny Goodness, Forager, G. Gordon Godfrey, and Metron were created by Jack Kirby. In fact, if it wasn’t for his boundless imagination and the stories he wrote years ago, this season would be radically different.

A Whelmed Tribute to Season 1

Thanks to Dick’s fever, ‘Young Justice’ fans were given a nostalgic throwback to the show’s first epic season. Not only did Wally West seemingly return, but the characters found themselves in their season 1 attire, and the original theme song could be heard in the background as the team battled Parademons. A few season 1 running gags made their return, including “Hello Megan” and Kid Flash embarrassing himself on the Team’s psychic comm channel. In addition to the show paying homage to its roots, the fever dream also contained a video game battle sequence that had a similar setup to one found in the ‘Justice League Action’ episode “Play Date.” With all the fan service and tributes flying around, it’s a shame Nightwing doesn’t get a fever more often. 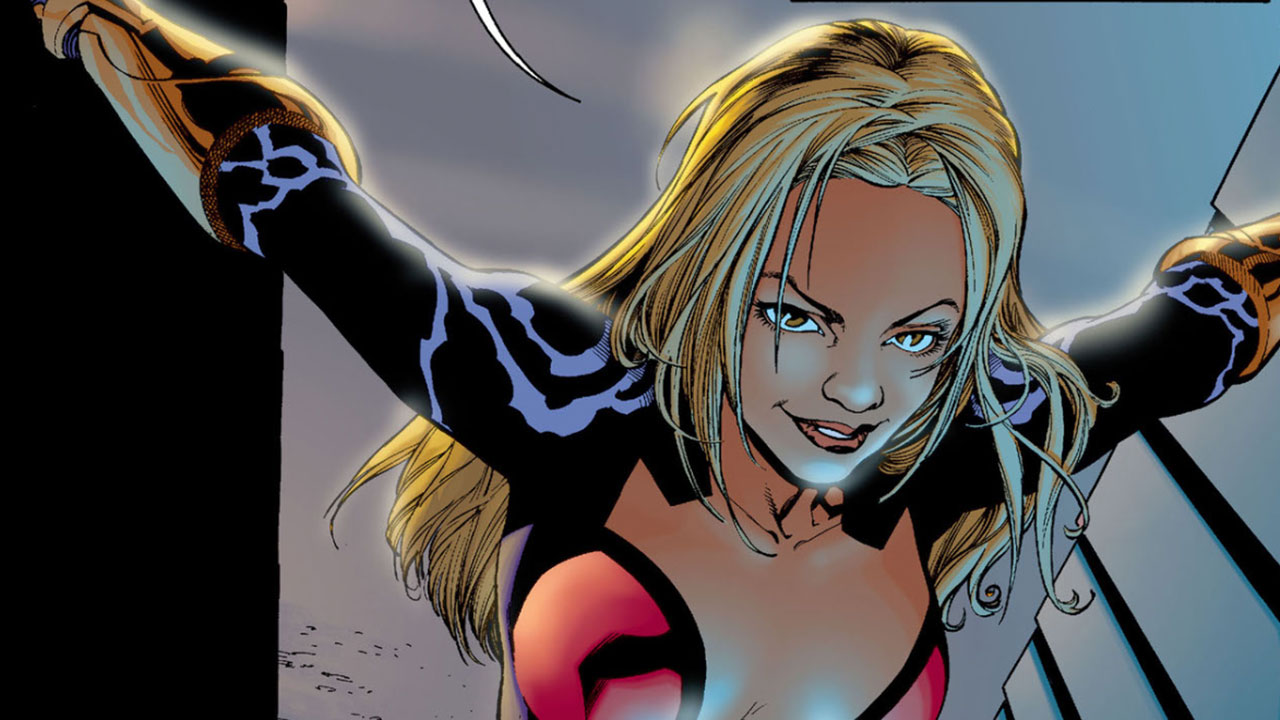 It’s not easy to be Black Lightning. Poor Jefferson Pierce found out that Batman had been manipulating him behind the scenes, while Helga Jace had been manipulating him beneath the sheets. What’s a superhero to do? Jefferson calmed down by visiting his ex-wife Lynn and their kids; and longtime Black Lightning readers might have noticed a few interesting things during that scene. Near the staircase there’s a picture of Jefferson and Lynn, looking like they’ve just completed a race. This is a nod to their days as students at Garfield High, where they fell in love. During their high school romance, Jefferson was the school athlete, who was known for his many talents, including track. Jefferson’s oldest daughter Anissa came downstairs dressed as Black Lightning and goofed around, bringing a smile to her depressed father’s face. Anissa’s play-acting foreshadows her future destiny as the superheroine Thunder. Anissa made her debut as Thunder in 2003’s ‘Outsiders’ #1 (written by Judd Winnick and penciled by Tom Raney), and a common theme of this series was Jefferson’s apprehension about his daughter stepping into the superhero life. If Jefferson knew what was coming, perhaps Anissa’s little dress-up moment wouldn’t have made him smile so much. 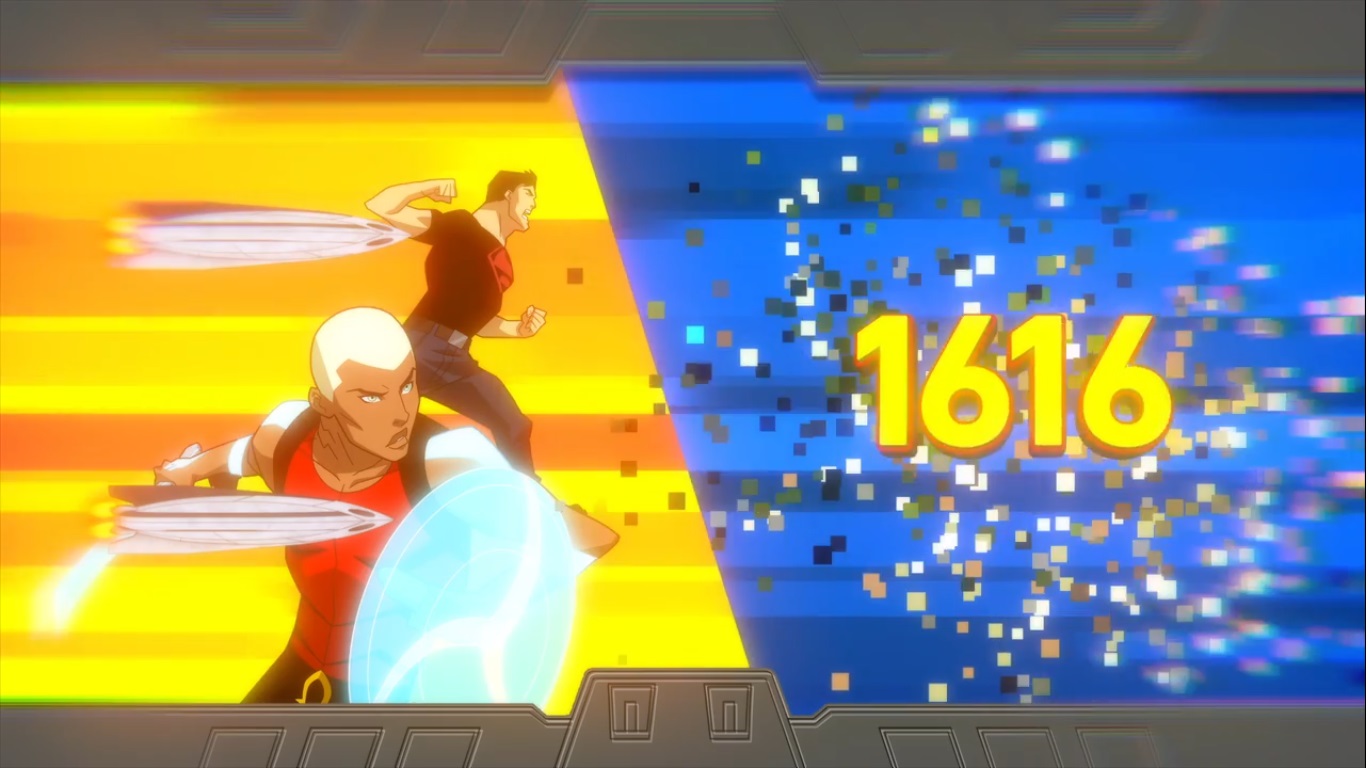 Remember, every episode of ‘Young Justice’ contains a reference, sometimes more than one, to the number 16. We’ve started a thread in our Community if you want to play along with the game we call ’16 Watch.’ This week we found the number as a video game score when Dick Grayson had his fevered battle dream, and on the hotel door when Jefferson recalled things heating up during a date with Helga Jace. How did you do on 16 Watch? Be sure to let us know in the Community if you found a reference we missed -- and don’t forget to play again next week.

That’s all for now. We’ll be back next week for the epic 3-part season finale! It’s going to be a big one.