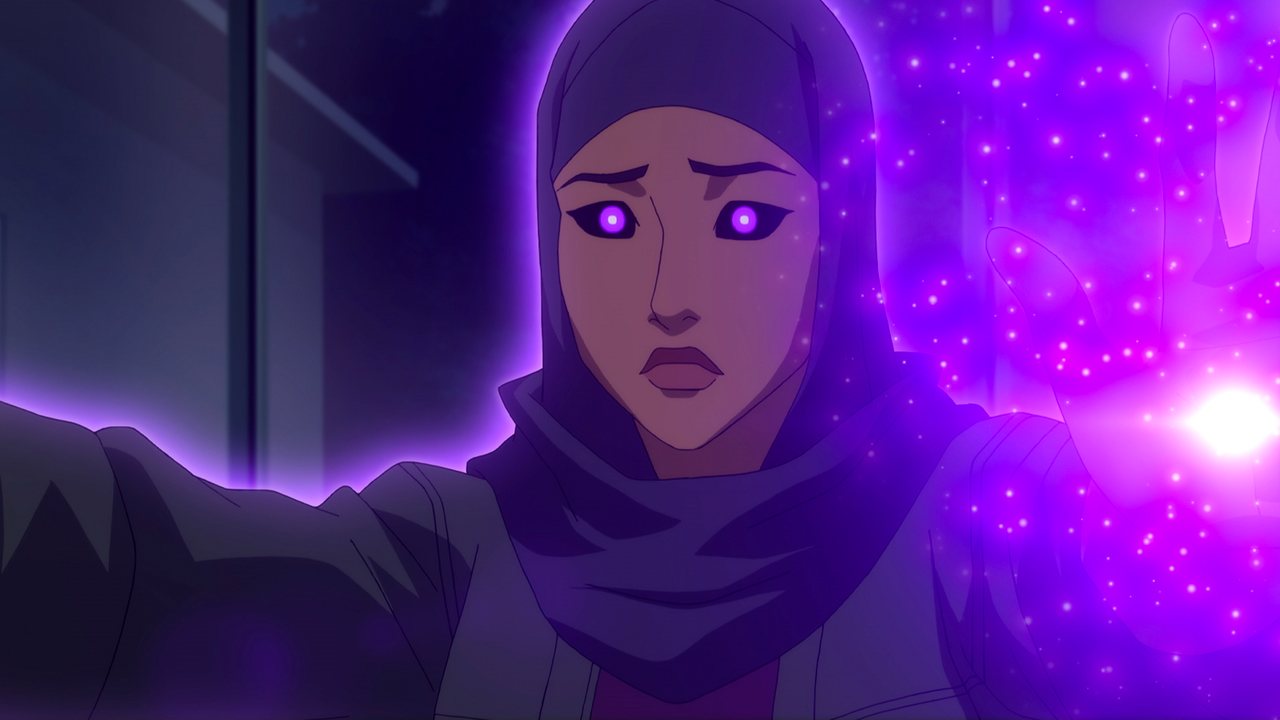 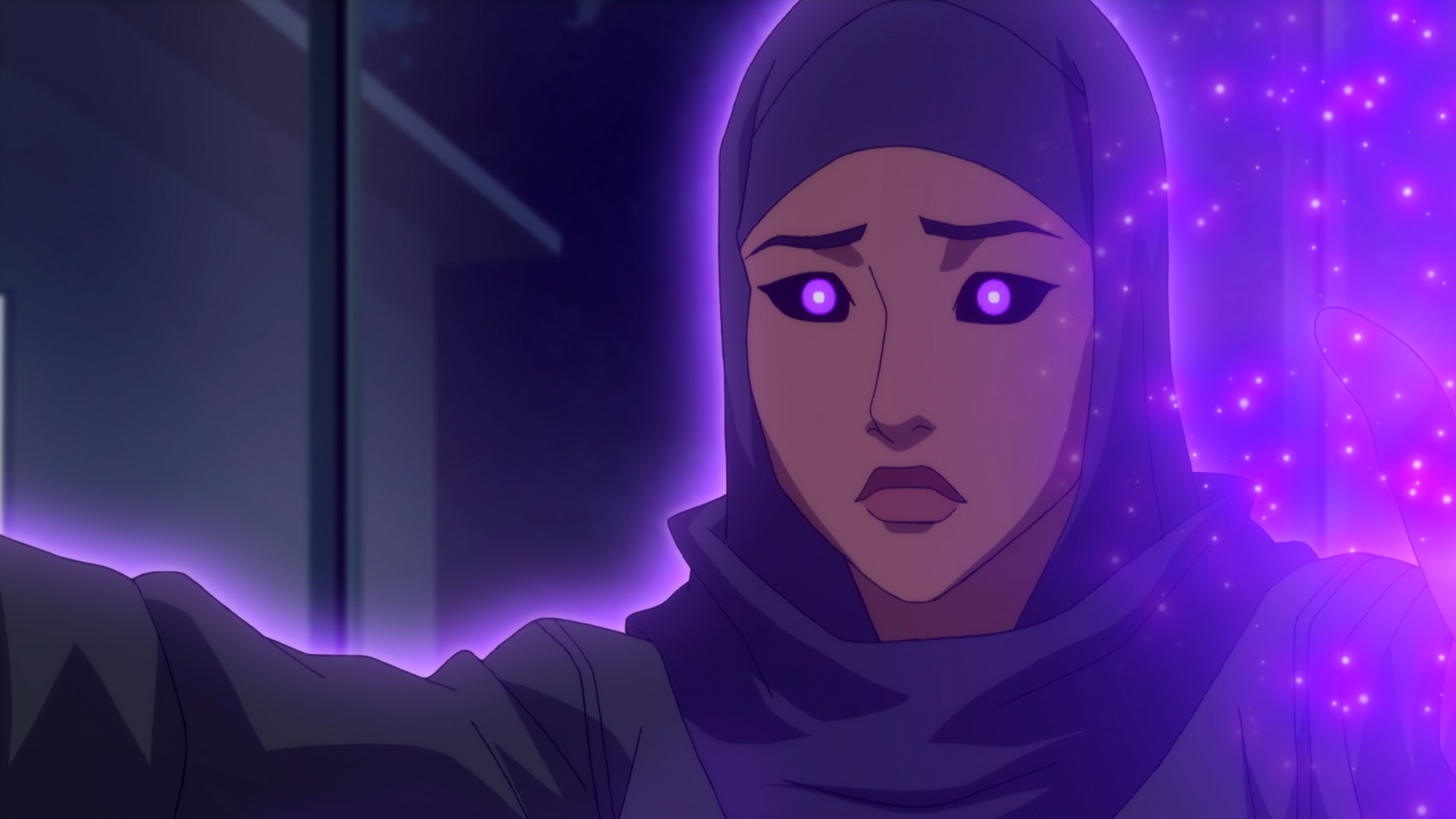 Over the river and through the woods, to Granny’s house we go! This week on DC Universe's ‘Young Justice: Outsiders,’ the Team visited Granny’s house, but their time there was anything but pleasant. Instead of treats and hugs, Gretchen gave the heroes the gift of painful torture. Yikes! The excursion, however, did unearth some interesting comic book references. Let’s take a look at the Easter eggs found in the episode “Unknown Factors”...

All Hail the Overlord 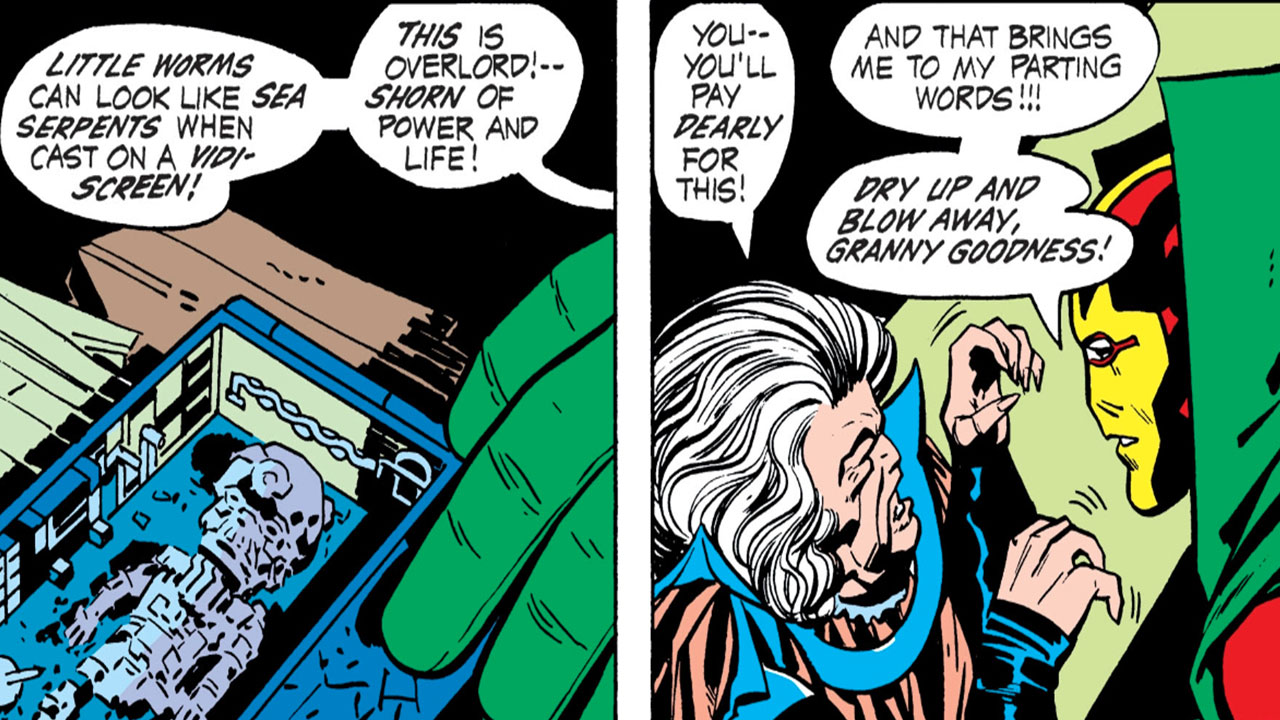 Throughout this episode, viewers saw Granny communicating with a powerful being known as the Overlord -- before the episode’s conclusion revealed he was really a small creature inside one of her boxes. Big things come in small packages. This fun gag dates all the way back to Granny’s first appearance in 1971’s ‘Mister Miracle’ #2 (story and art by Jack Kirby). Like this episode, the comic played with reader’s expectations about Overlord’s size before revealing his small stature. Although he was small, Overlord was not one to be underestimated, as he wielded untold levels of power. All the same, he was killed by Mister Miracle. Please remember not to break anything when you visit Granny’s house, or you’ll have to be taught a lesson. 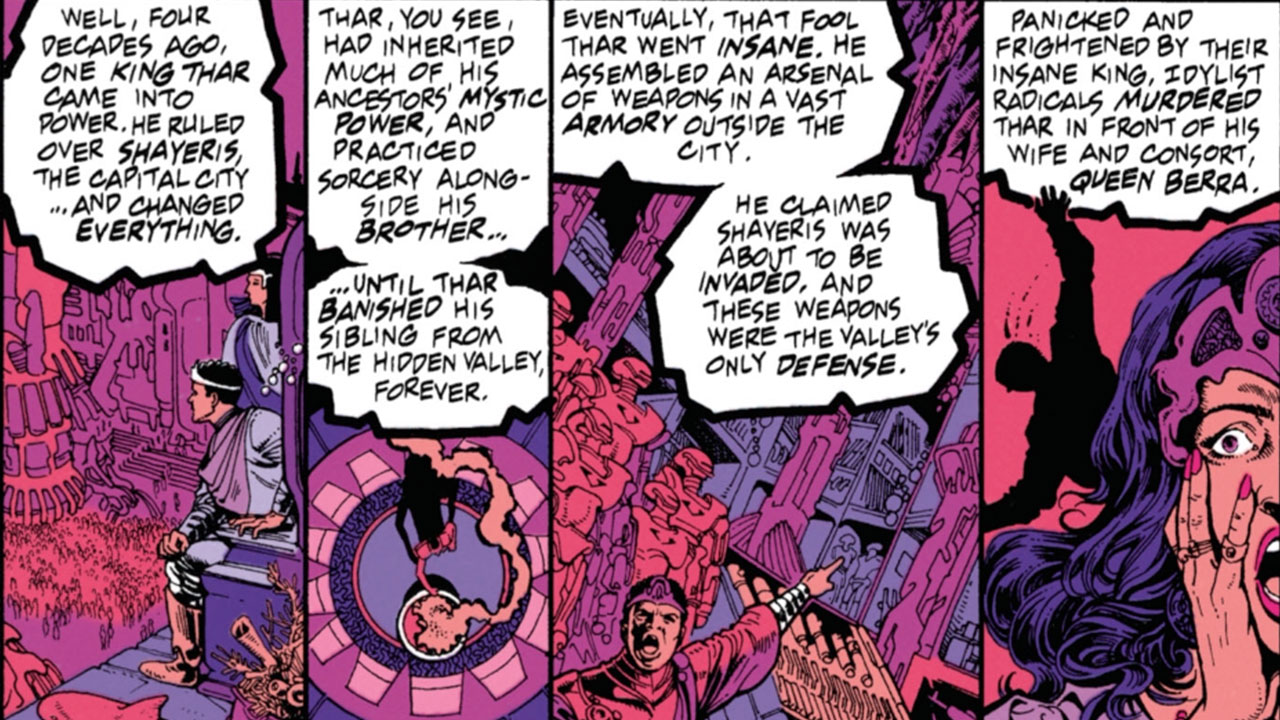 This week fans got to see a new underwater city called Shayeris. In the comics, Shayeris was a region far from Atlantis, and it was the birthplace of Garth, the first Aqualad. The city was first seen, but unnamed, in ‘Adventure Comics’ #455 (written by Paul Kupperberg and penciled by Carl Potts) when Garth learned of his true origins. The backstory of the region was expanded upon in ‘Tempest’ #1 (story and art by Phil Jimenez), where it finally received a name. Although this is our first time seeing Shayeris in the series, it previously appeared in an in-continuity, tie-in comic, 2012’s ‘Young Justice’ #14 (written by Greg Weisman and Kevin Hopps, penciled by Christopher Jones). 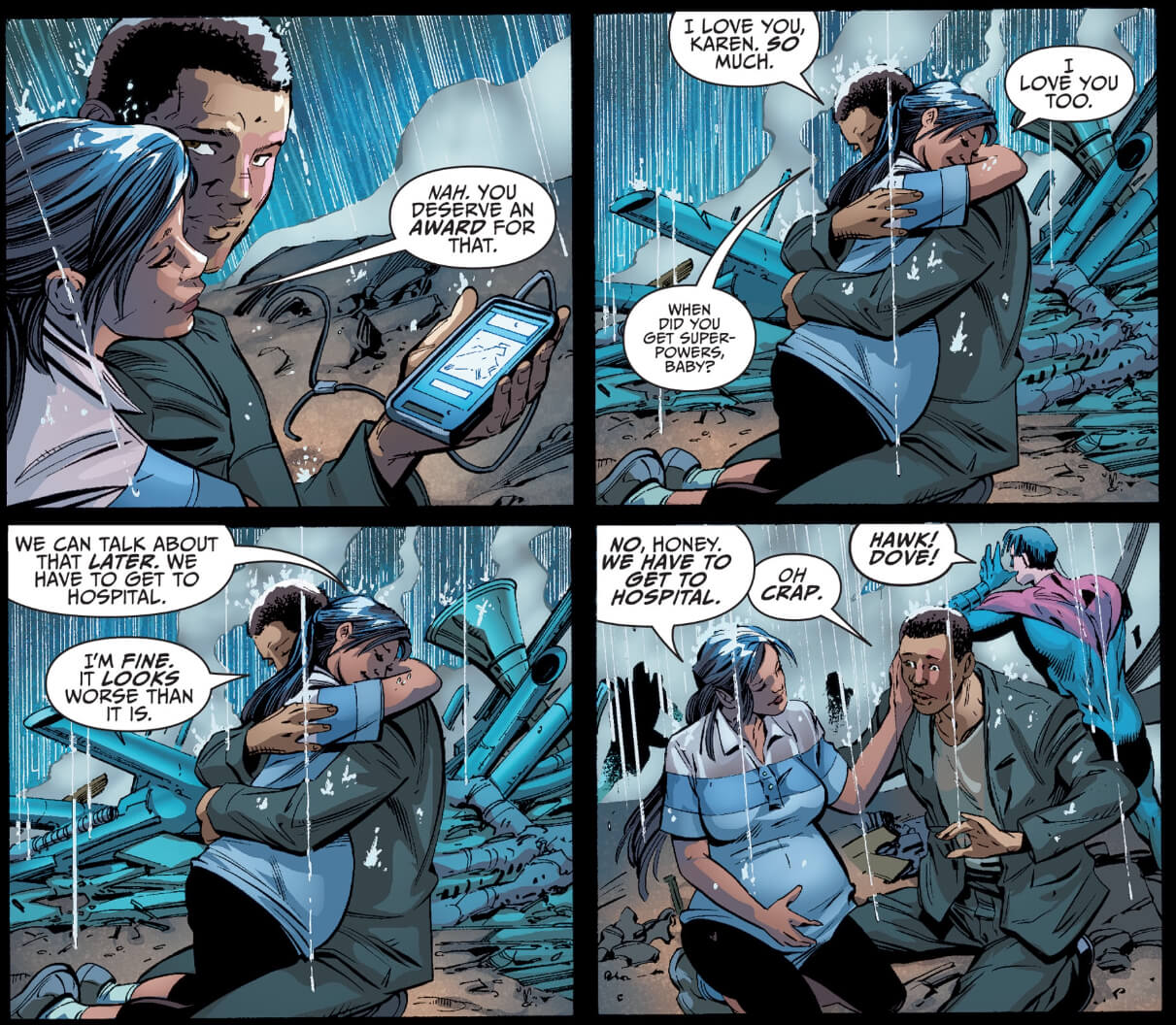 It seems like only yesterday that we saw Karen and Mal as high school sweethearts in season 1, and now they’re parents! Karen’s comic book counterpart gave birth to their baby off-panel after the events of 2016’s ‘Titans Hunt’ #8 (written by Dan Abnett and penciled by Paul Pelletier). Interestingly enough, Mal and Karen’s baby was never named in the comics, making Rhea an original choice for the series. The doctor who assisted with Rhea’s delivery was Evelyn Fox, someone who has experience with superhero labors. She first appeared in 1990’s ‘Adam Strange’ #1 (written by Richard Bruning and penciled by Andy Kubert), and later helped Adam’s wife Alanna deliver their child. After the delivery, Mal mentions someone named Ryan delivering tech from Dr. Palmer’s lab. This is probably referring to Ryan Choi, the man who later inherited the Atom mantle... It’s a small world after all.

All Hail the Condiment King! 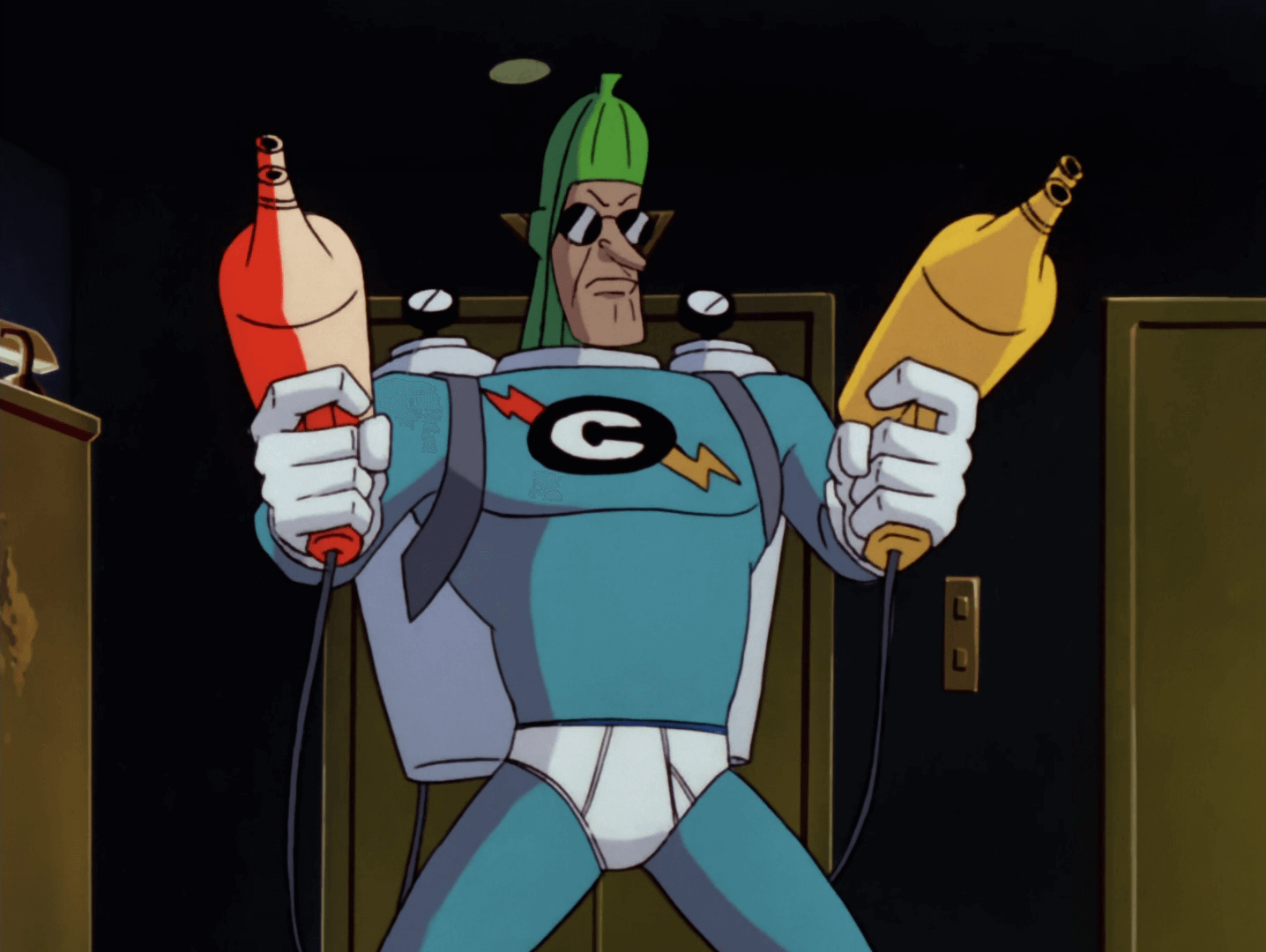 Brion got a good laugh this week, after Beast Boy made a mess during his fight with someone called the Condiment King. Newer fans may assume that Condiment King was a big-time villain in the Silver Age and was once a credible threat; but he’s every bit as ridiculous as he sounds. He first appeared in the ‘Batman: The Animated Series’ episode “Make ‘Em Laugh” where he took on the Dark Knight after being brainwashed by the Joker and the Mad Hatter. Unfortunately, he couldn’t cut the mustard when it came time for combat, and wound up slipping and falling on his own ketchup. The character was so memorable he was later brought into canon with 2001’s ‘Birds of Prey’ #37 (written by Chuck Dixon and penciled by Marcos Martin), where he was given the unfortunate alias Mitchell Mayo. (A name like that would convince anyone to shoot ketchup at superheroes.) Observant fans may have also noticed the Outsiders fight with Condiment King was previously set up by a curious social media posting in the episode “Influence.” Ever since then, we’ve been relishing the day when he’d finally take on the team in battle! 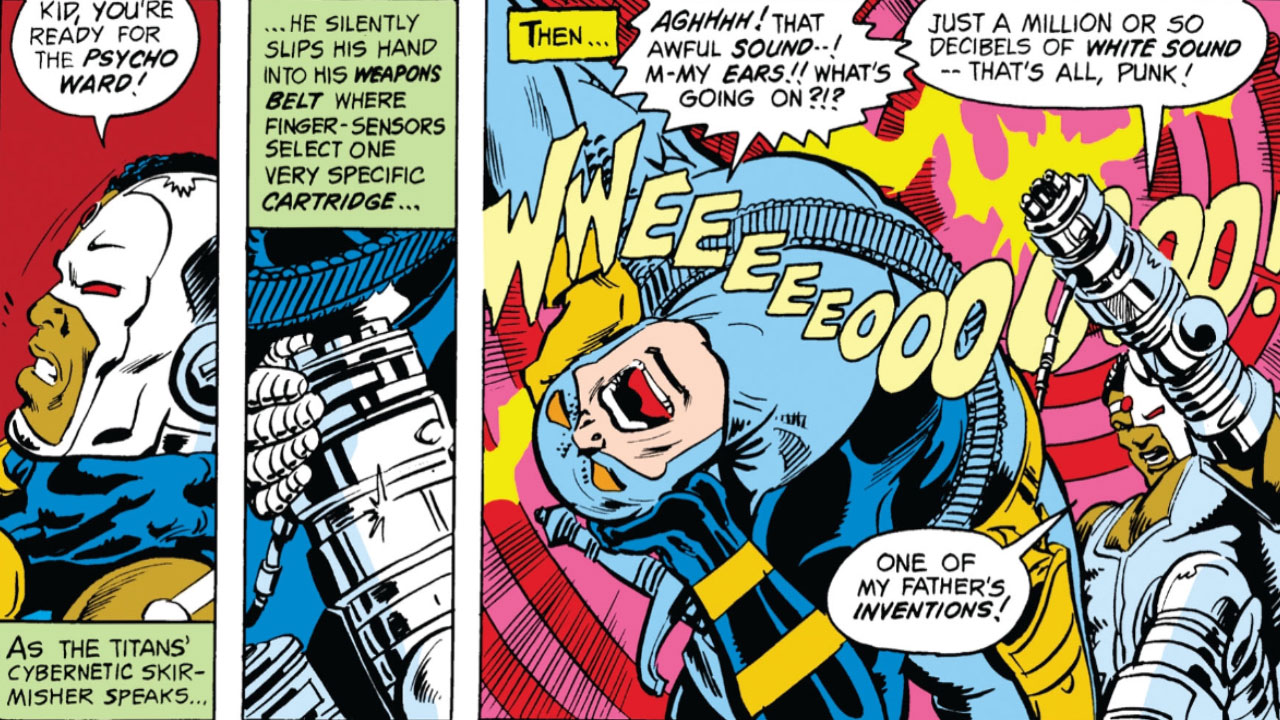 When you have a body that’s cybernetic, you never know what surprises you’ll find. This week Cyborg discovered he could transform his arm into a cannon. Instead of using it to blast villains, he and his new pal Beast Boy goofed around in the weight room. Cyborg credited Fatherbox with the ability, but in the comics it came from his father, not Fatherbox. Cyborg first used his arm cannon in 1980’s ‘The New Teen Titans’ #2 (written by Marv Wolfman and penciled by George Perez) and referred to it as one of his father's few inventions that worked.

To Infinity, Inc. and Beyond 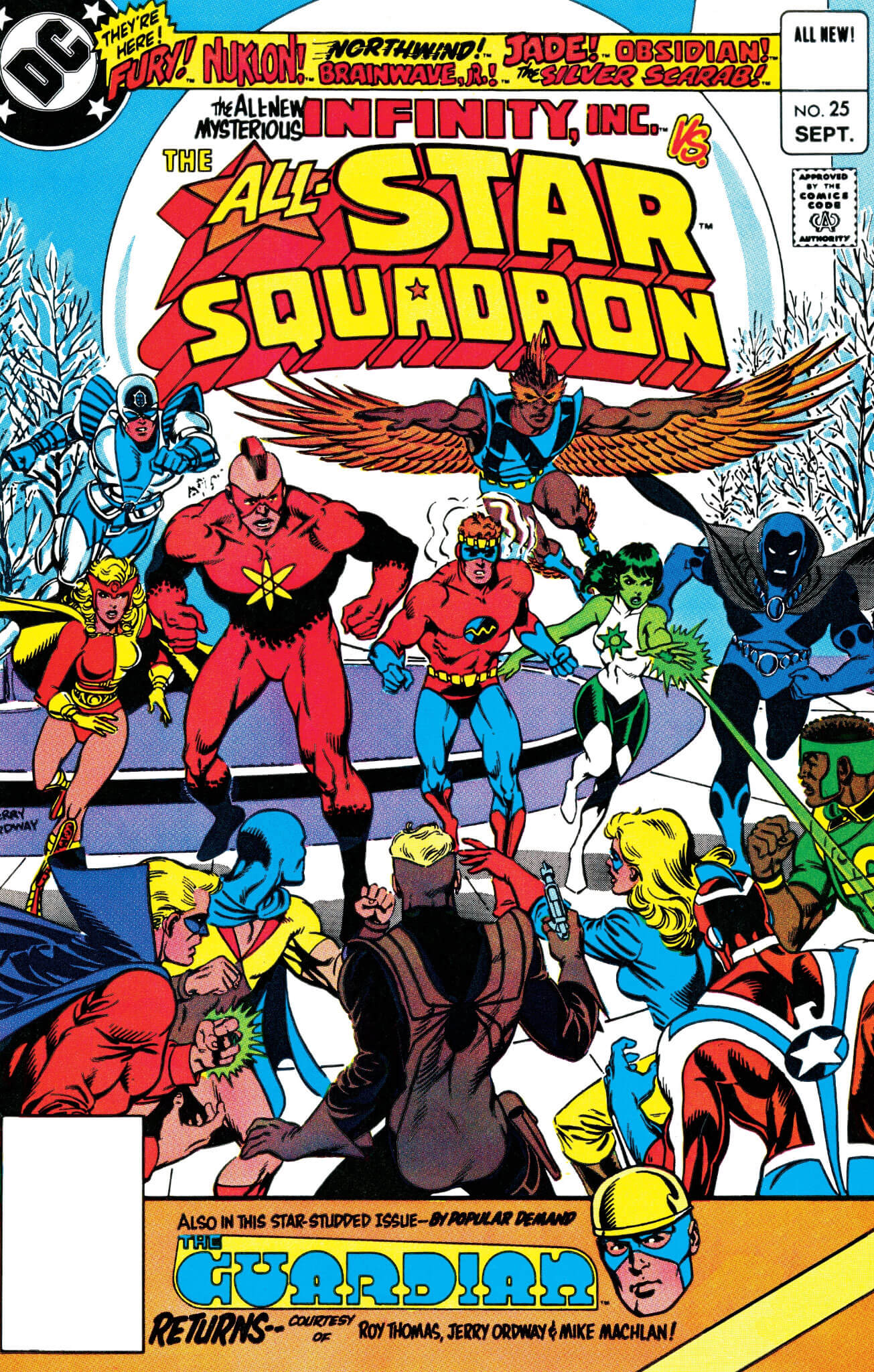 While Brion is browsing the internet, he’s surprised to learn about a new superhero group known as Infinity Inc. If Brion was curious about this new team, he should’ve checked the DC Universe's comic book library, since we have an extensive catalog of Infinity Inc. comics, including their first appearance in 1983’s ‘All-Star Squadron’ #25 (written by Roy Thomas and penciled by Jerry Ordway). The original incarnation of the group consisted of young heroes who were rejected from the Justice Society of America, and some of their children. 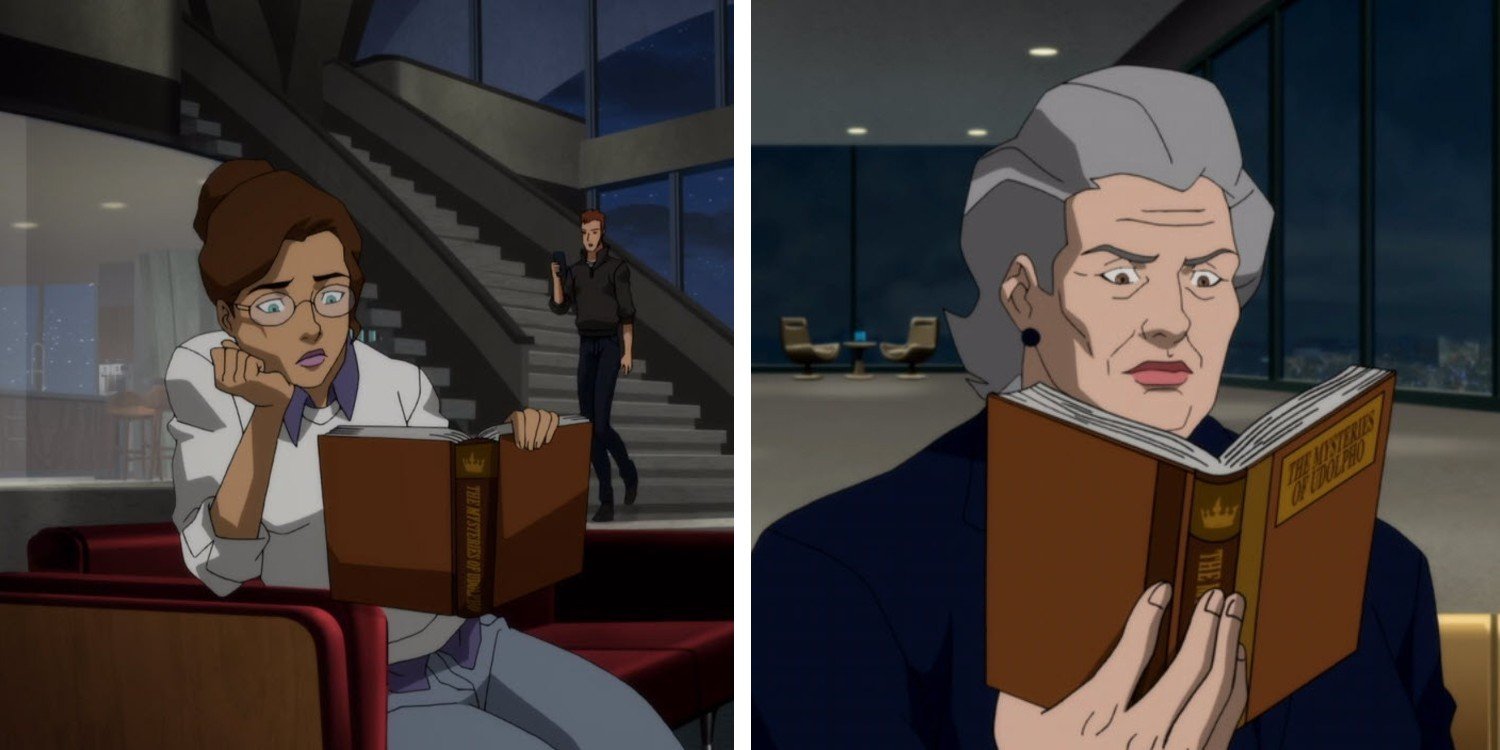 At the beginning of the episode, Granny is attending the premiere of a movie called ‘The Great Khan,’ a nod to Vandal Savage, her teammate on the Light who was previously established as being this universe’s version of Genghis Khan. Also in this episode we saw Granny reading ‘The Mysteries of Udolpo,’ and later on we saw Helga Jace reading the same book. Is it possible the Light has a book club? To be fair, Superboy was shown reading the book in the episode “Satisfaction.” Must be a good read!

How did you do with our “16 Watch” this week? The final scene in Ivy Town had the timestamp of 00:16 EST. Did you find any others?

Did you catch any Easter Eggs we missed? Let us know in our Community!