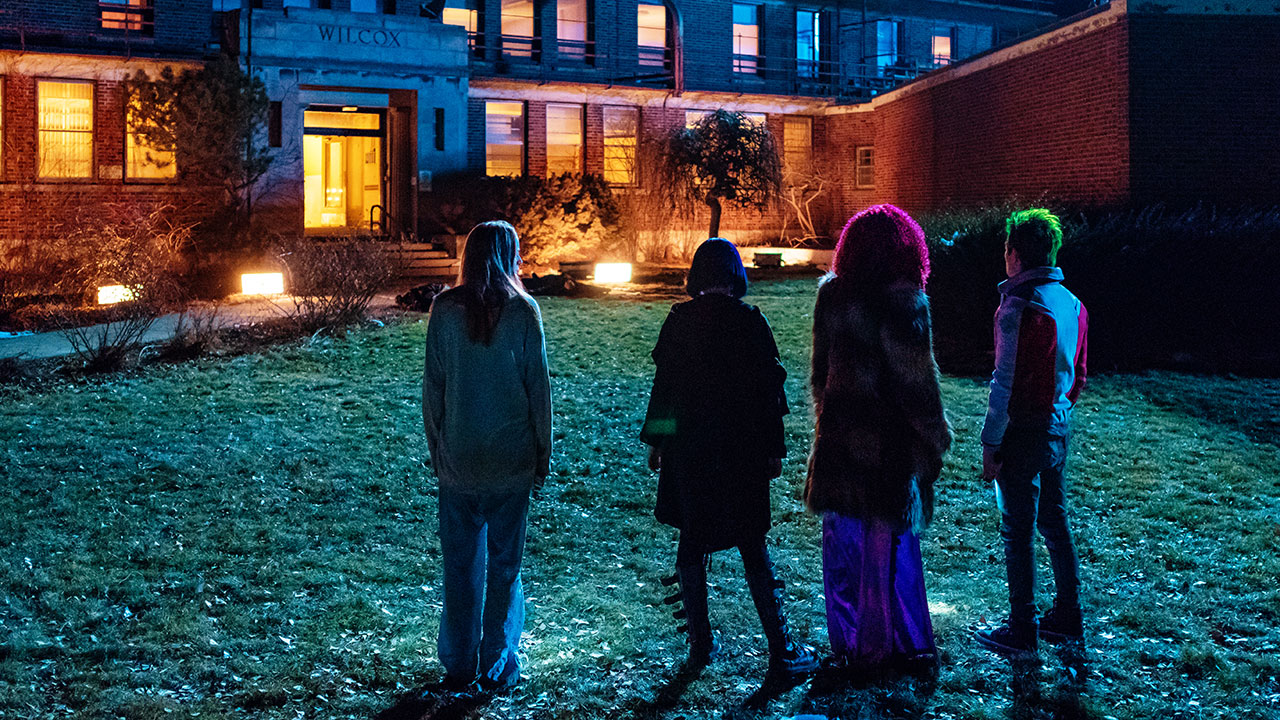 All the Easter Eggs in TITANS Episode 7: “Asylum”

This week, in the latest episode of Titans (watch "Asylum" here), the team came face-to-face with their own nightmares while attempting to rescue Rachel’s mother. Every week, we’ve been catching all the comic book references the show has thrown our way, and this episode gave us some good ones... 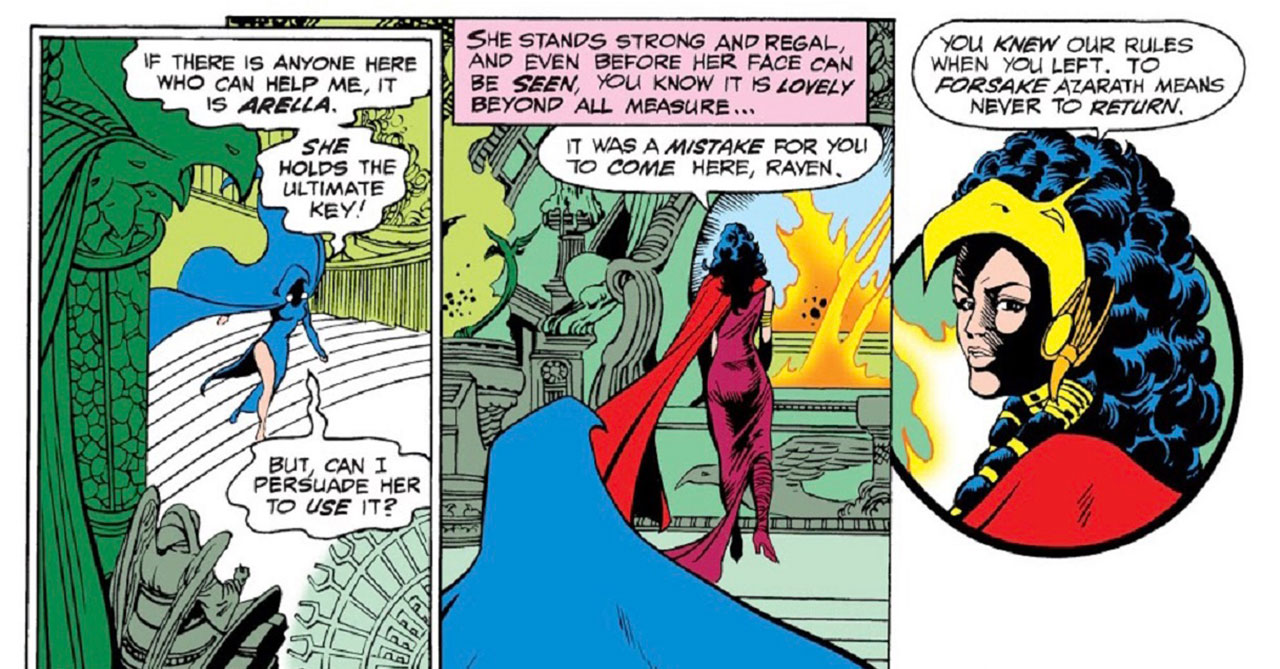 The rescue of Rachel’s mother Angela was the focus of this week’s episode. Readers first met Raven’s mother Arella in New Teen Titans #4 (written by Marv Wolfman and penciled by George Perez, read New Teen Titans #4 here). While Arella didn’t have to spend decades captive in an asylum like her television counterpart, that didn’t mean her life was peaceful. Raven’s mother spent years in the dimension of Azarath trying to keep her ex-husband Trigon at bay. She later went on to form a ranch for underprivileged women, and even wound up becoming a Titan herself when she merged with Danny Chase to become the Phantasm! We learned that her birth name was Angela in 2004's Teen Titans #8 (written by Geoff Johns and penciled by Tom Grummett, read Teen Titans #8 here). 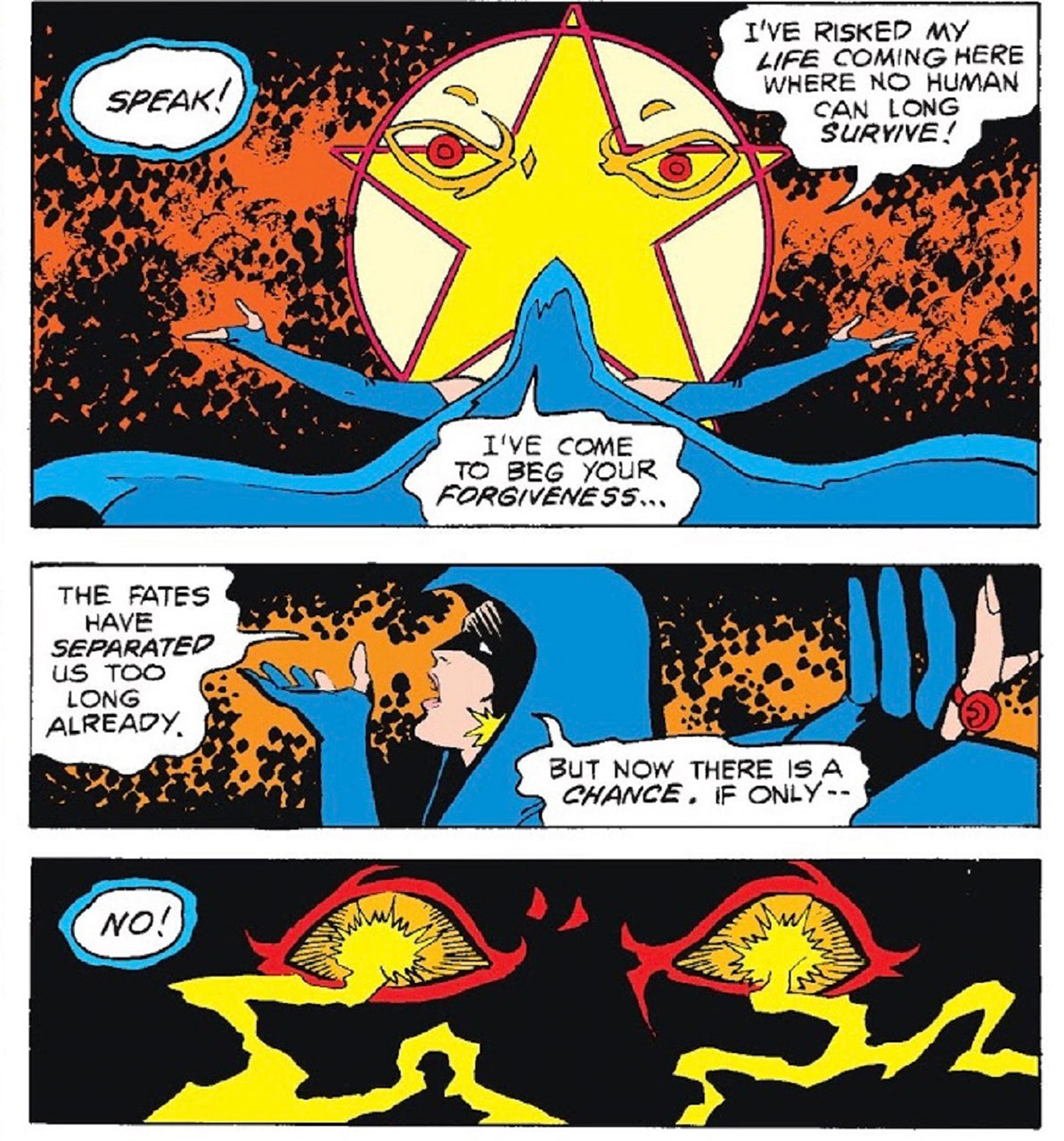 During Dick Grayson’s torture-induced hallucination, viewers were able to catch a glimpse of Batman and Robin’s old hangout – the Batcave. The earliest version of Batman’s underground headquarters was seen in Batman #12 (written by Bill Finger and penciled by Bob Kane), but it wasn’t called the “Batcave” until Detective Comics #83 (written by Don Cameron and penciled by James Burnley). Many major events from Dick Grayson’s youth occurred in the Batcave, so it’s little wonder that the setting is haunting his nightmares. 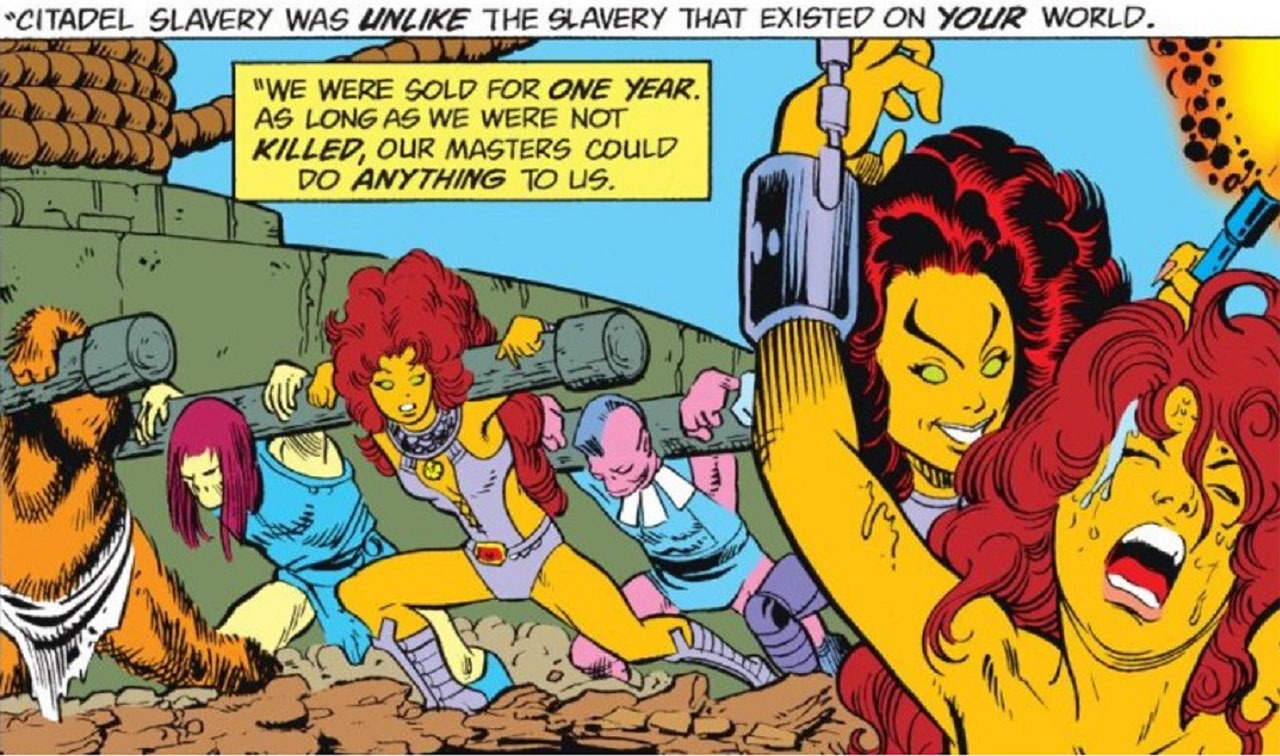 Did anybody catch Kory’s reaction to being locked up this week? Even before her alien autopsy experience, she seemed to be unusually emotional about being locked up in a cell. Could some form of posttraumatic stress disorder be surfacing through her amnesia? In the comics, Kory spent years as a slave, and the memories scar her to this day. In Tales of the New Teen Titans #4 (written by Marv Wolfman and penciled by George Perez), Kory told her teammates about how her sister manipulated events which forced her to be traded to Tamaran’s enemies the Citadel. During her years in slavery, Kory had to endure manual labor, physical torture, and other horrors unimaginable. If the television version of Kory has a similar background, then her reaction to being imprisoned doesn’t come as a surprise. 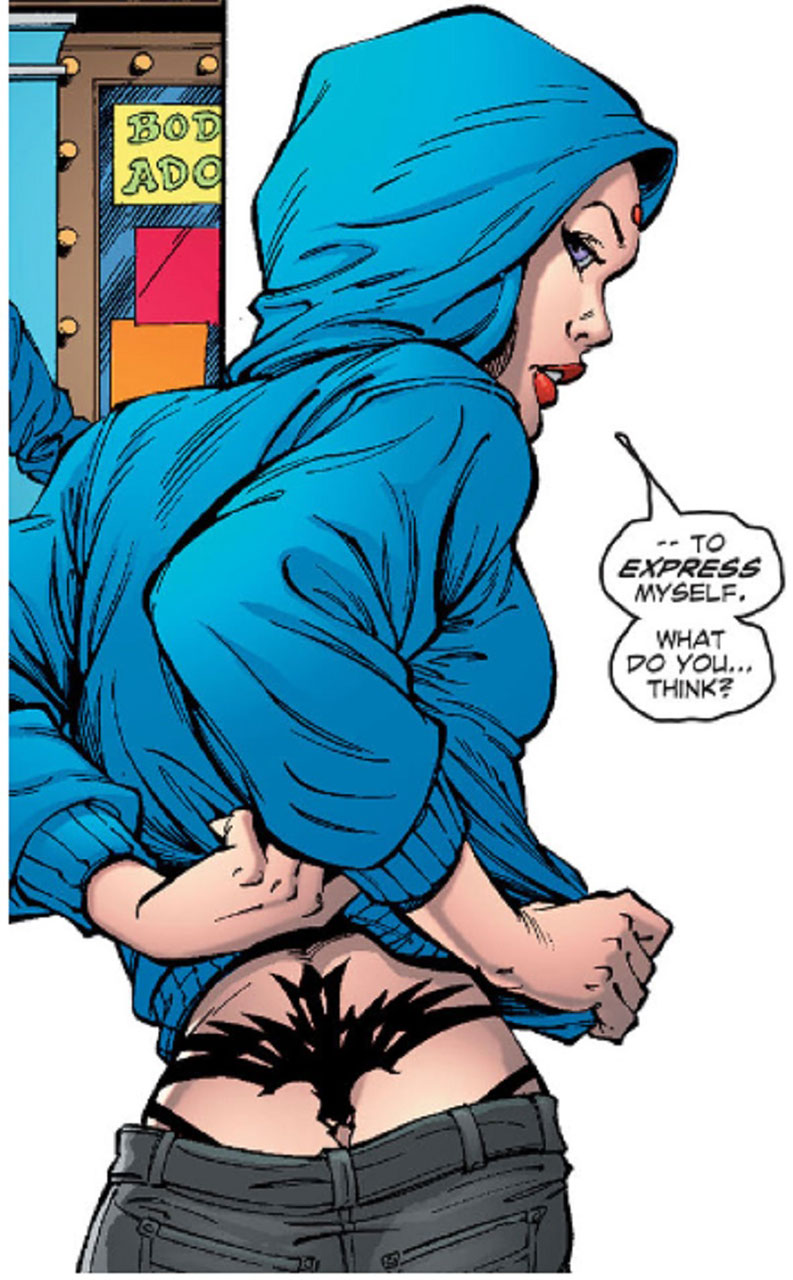 When Rachel reunites with her captive mother, she shows the mark of the Raven on her back, hoping it will trigger some recognition. While the television version of Rachel says she’s had it her whole life, her comic counterpart didn’t get the mark until it was tattooed on in 2004's Teen Titans #13 (written by Geoff Johns and penciled by Tom Grummett, read Teen Titans #13 here). Raven had recently been given a new, younger body, and wanted to do something to express herself. 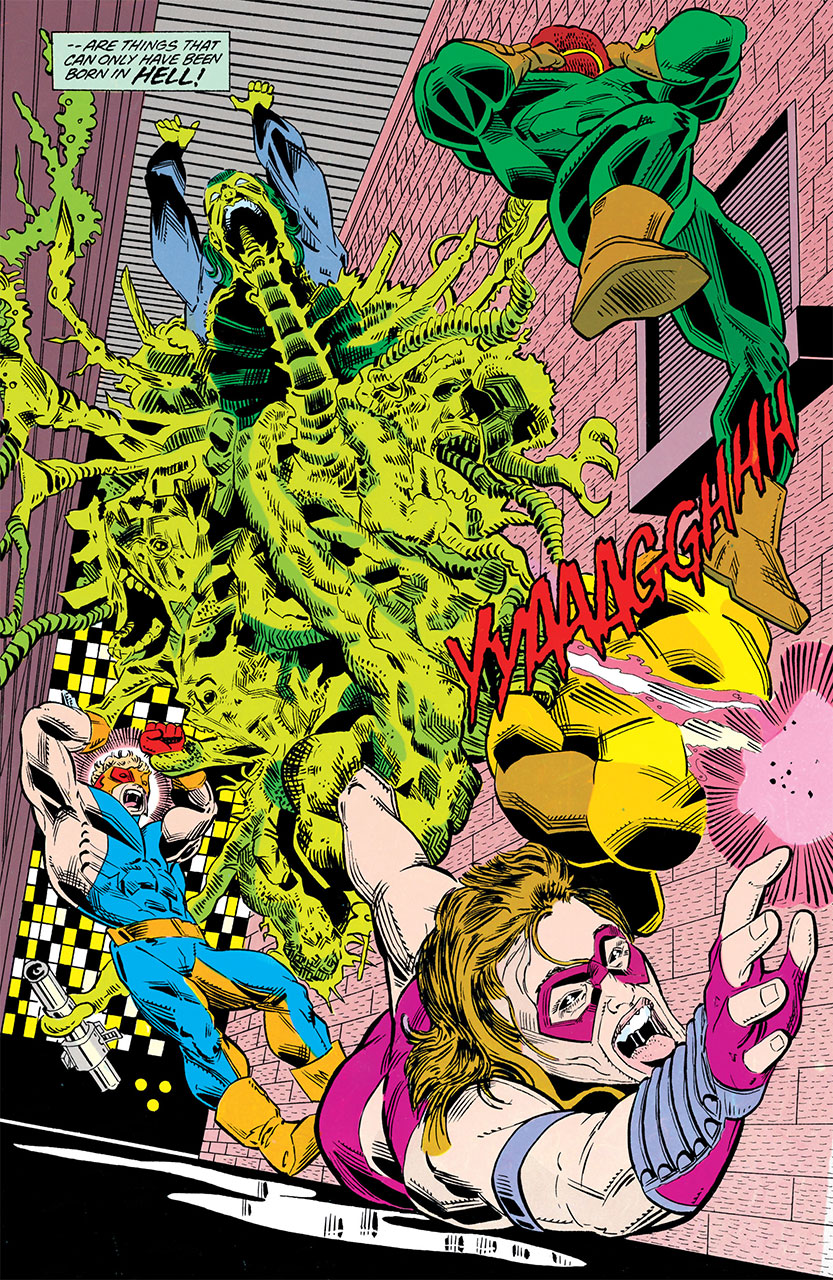 In order to protect Rachel and Angela, Gar fully embraced his inner beast and went wild on the attending orderly who intended to harm his friends. Afterwards, Gar found himself horrified at the violence he had committed – a feeling familiar to his comic counterpart. In New Titans #101 (written by Marv Wolfman and penciled by Steve George), Gar realized his transformations had gotten more violent ever since he had been tortured with the Mento helmet. The scariest part was that Gar enjoyed giving in to his brutal urges. Things only got worse when an evil version of Raven infected him with a demonic seed, causing Gar to go fully evil for over a year before eventually being cleansed. Hopefully the television version of Beast Boy treads lightly – going wild doesn’t lead to good things! 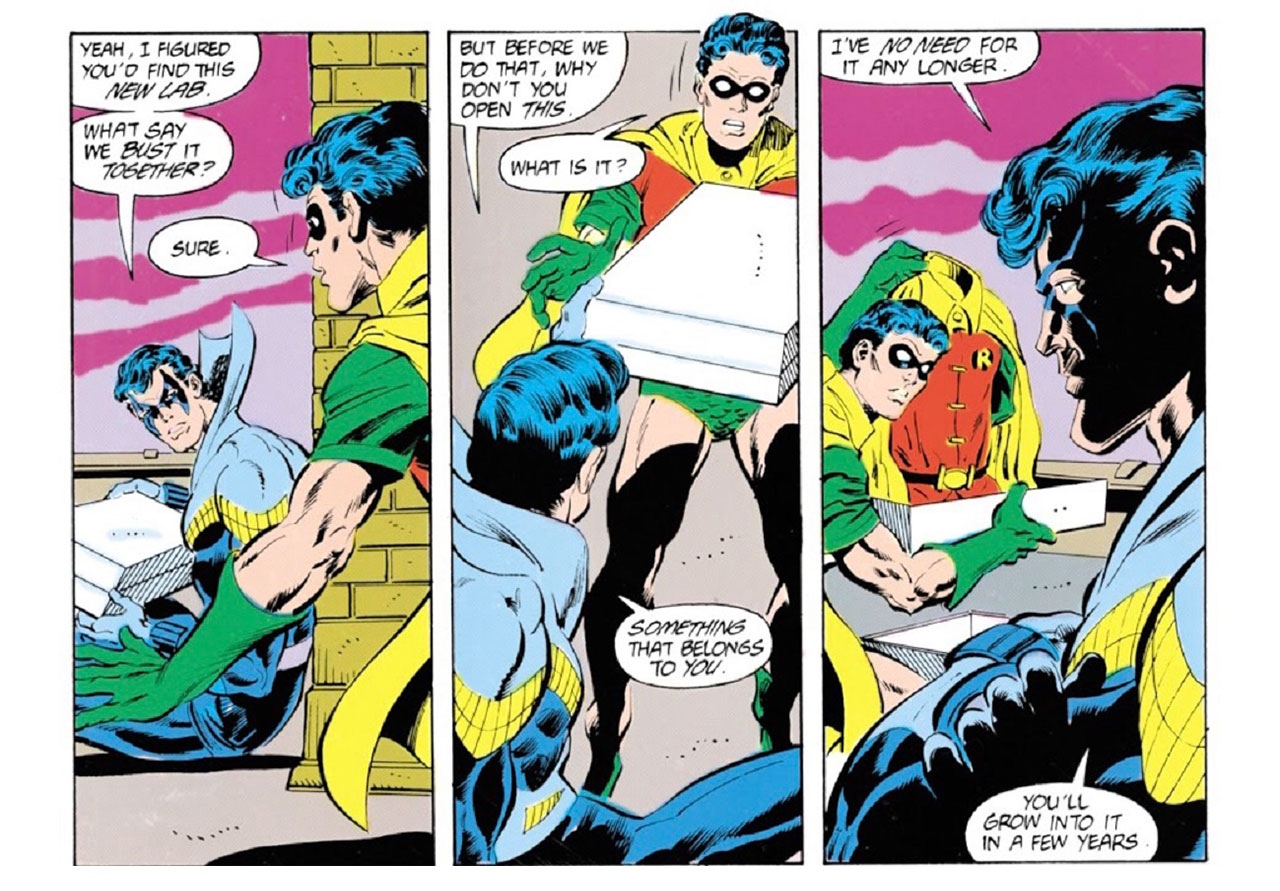 This week, Dick watched his Robin costume go up in flames, destroying the last piece of his former identity. In the comics, Dick Grayson’s Robin costume wasn’t burned; instead, he passed it on to Jason Todd as a gesture of endorsement in Batman #416 (written by Jim Starlin and penciled by Jim Aparo, read Batman #416 here).

Did you catch any Easter eggs or comic book references that we missed? Let us know in our Community!