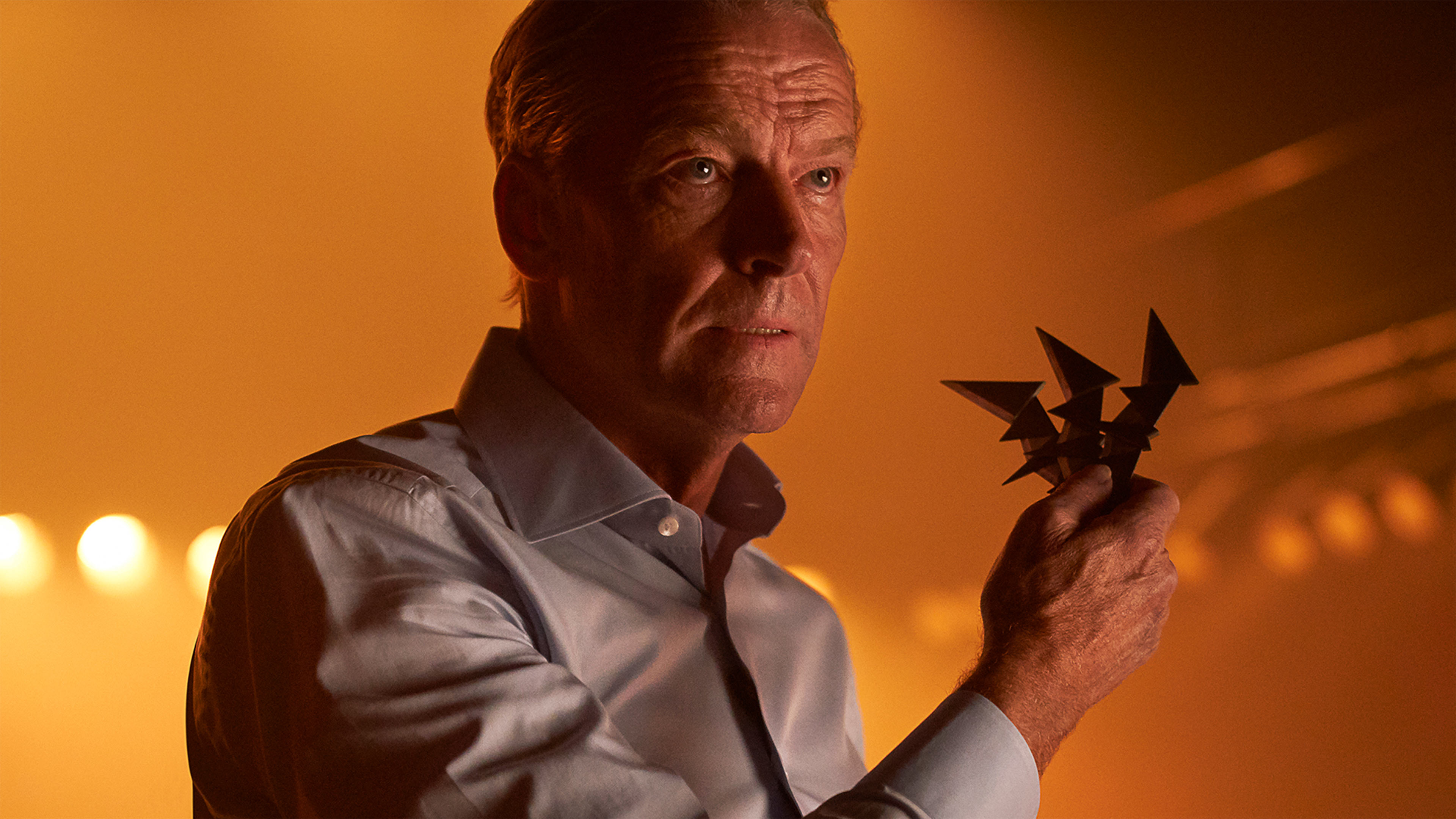 It was another big week on DC Universe’s Titans, as Batman reunited the team at a diner and jailbird Dick discovered a shocking revelation. Each week we like to take a look at all the hidden references and lore scattered throughout the show's latest episode, so let’s break down the Easter eggs from “E.L._.O.” 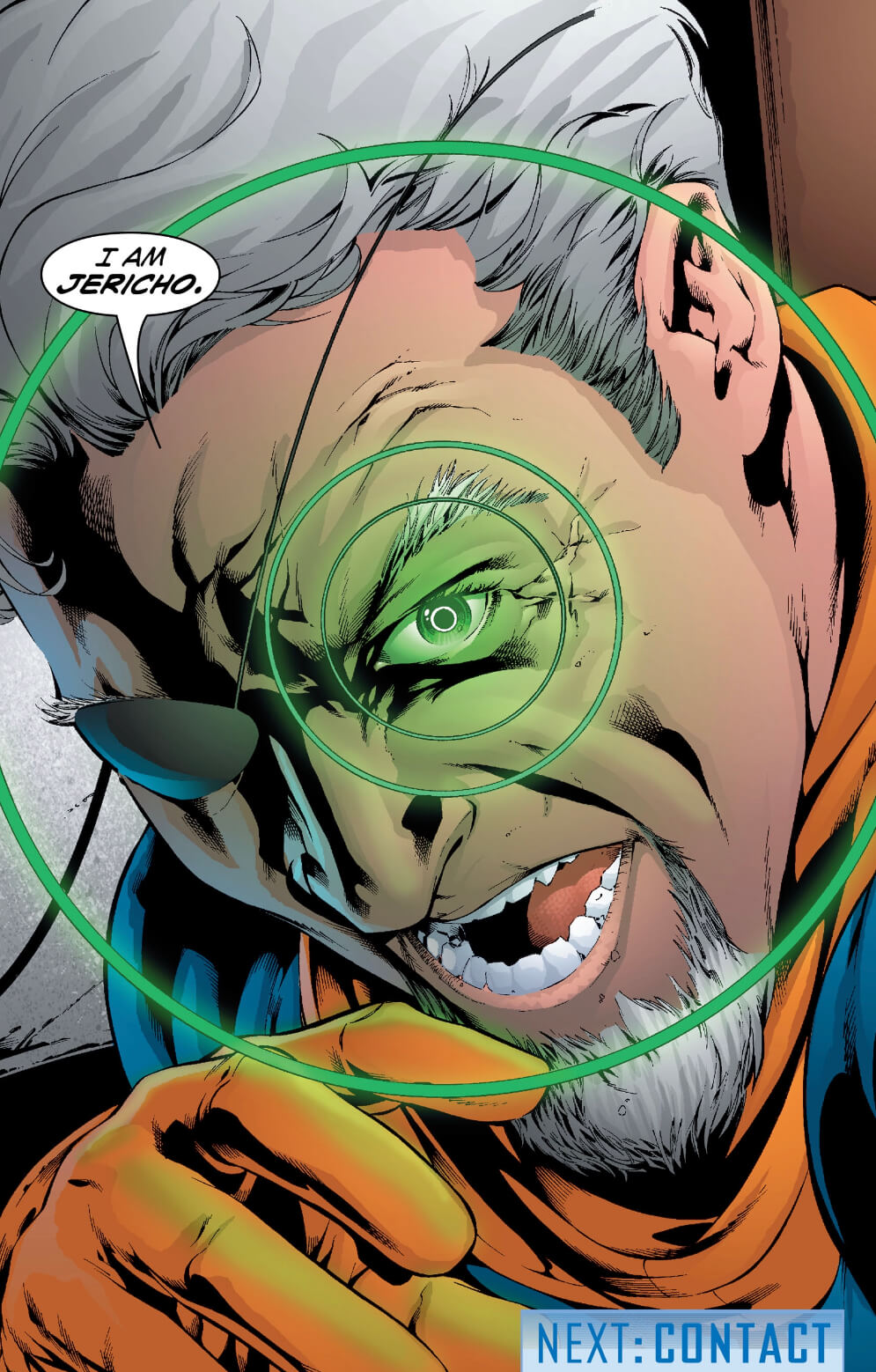 Let’s start with the biggest revelation of the week – Jericho is alive! That message was written on the wall of Dick’s cell, and it made so much sense. A few sharp-eyed fans had noticed Slade using sign language when Dick confronted him in the episode “Atonement” and certain things began to add up. The idea of Jericho being trapped inside his father’s body after death came from 2003’s Teen Titans #3 (written by Geoff Johns and penciled by Mike McKone). Like their live-action counterparts, Slade and his son fought for control of the body, and it took the Titans years to finally learn about their friends' true fate. The question is, now that we know Jericho is inside Slade, how can his teammates get him back?

A MEAL FIT FOR A ROBIN 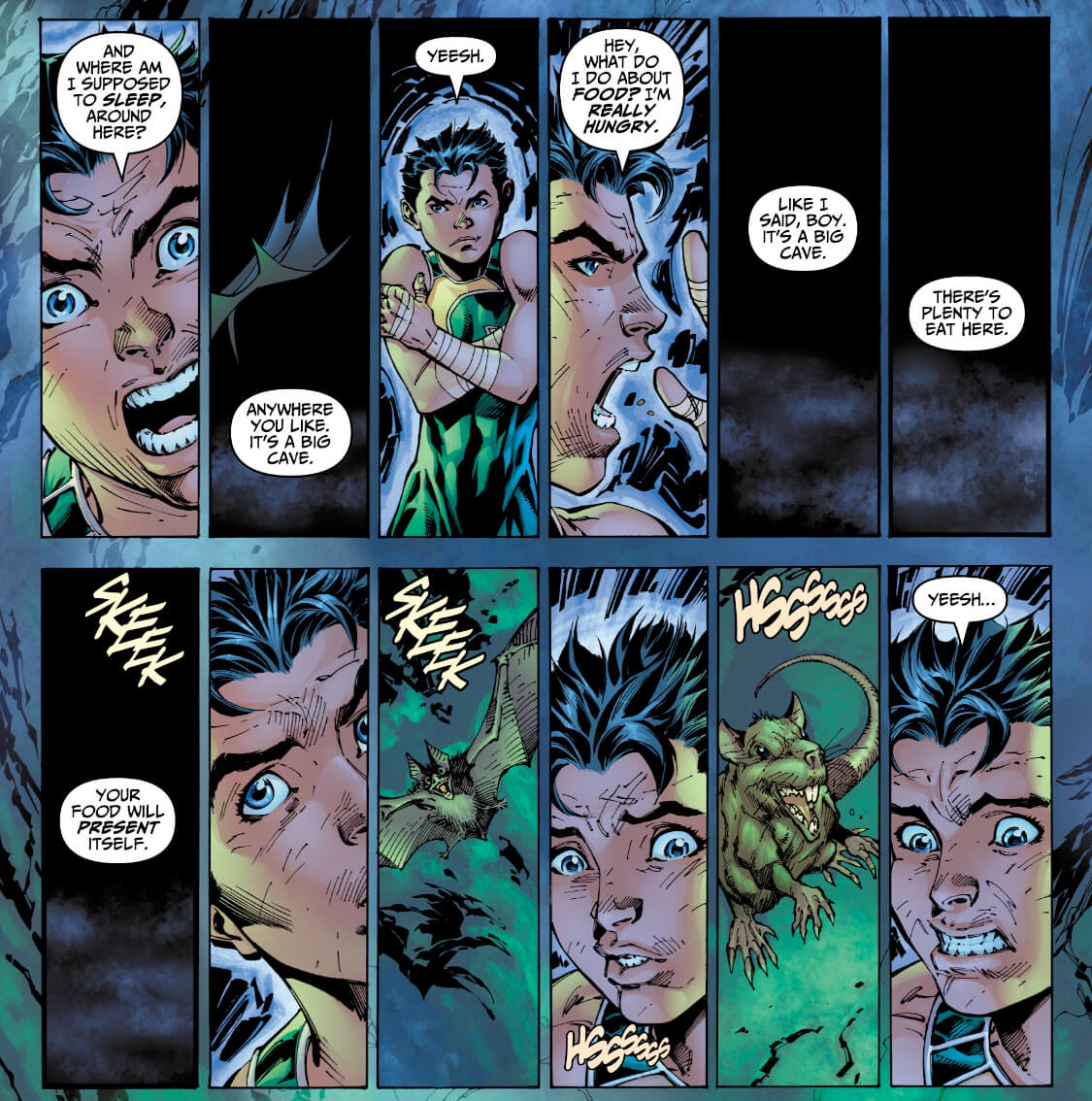 Poor Dick! His prison accommodations have only gotten worse ever since he helped those refugees escape. The dining options leave much to be desired, with a guard leaving Dick a dead rat for a meal. Believe it or not, this isn’t the first time our boy Grayson has been instructed to dine on rodents. In All-Star Batman and Robin, the Boy Wonder #4 (written by Frank Miller and penciled by Jim Lee) Batman tried to toughen up a recently orphaned Dick Grayson by telling him to eat the rats in the Batcave for survival. Luckily Alfred was nearby to offer Dick some preferable dining options. Too bad each jail cell can’t come with an Alfred.

WHAT'S ON YOUR TOMBSTONE?

While Dick was debating the merits of eating rats for dinner, Rachel was having nightmares about Deathstroke killing Dick in a cemetery. If Rachel had taken her eyes off of the traumatizing murder, she might have noticed some interesting names on the other tombstones. Those names are actually members of the Titans crew! We found art director Andrew Berry and set designer James Usas.

LOOK AT THIS PHOTOGRAPH

They say that breaking up is hard to do, but Dawn Granger knows how to take care of herself. While journeying to Elko, Dawn stopped to throw away some of her old memories of Hank, but couldn’t bring herself to throw out a group photograph. If that photo looked familiar, it’s because it was hanging on the wall of Hank and Dawn’s apartment in the season 1 episode “Hawk and Dove.” In fact, at the time that episode aired, it was our first look at Conor Leslie as Donna Troy. Breakups might be tough, Dawn knows better than to throw out such an important piece of Titans history.

Dawn’s photograph wasn’t the only element from season 1 returning this week. When Kory burst into Elko’s Diner demanding a donut, she was confronted by a cook who wasn’t amused by her menu choice. The cook was played by an actress named Sistah Lois, who has some experience in helping Kory order food and drinks. Sistah Lois previously played a liquor store cashier named Jan in the season 1 episode “Together.” Jan helped Kory pick out the right type of alcohol for her current state of mind. Is it possible that Jan quit the liquor store and got a job at Elko’s Diner as a cook? Maybe Jan has a twin sister? Either way, her second confrontation with Kory certainly wasn’t as friendly as their first. 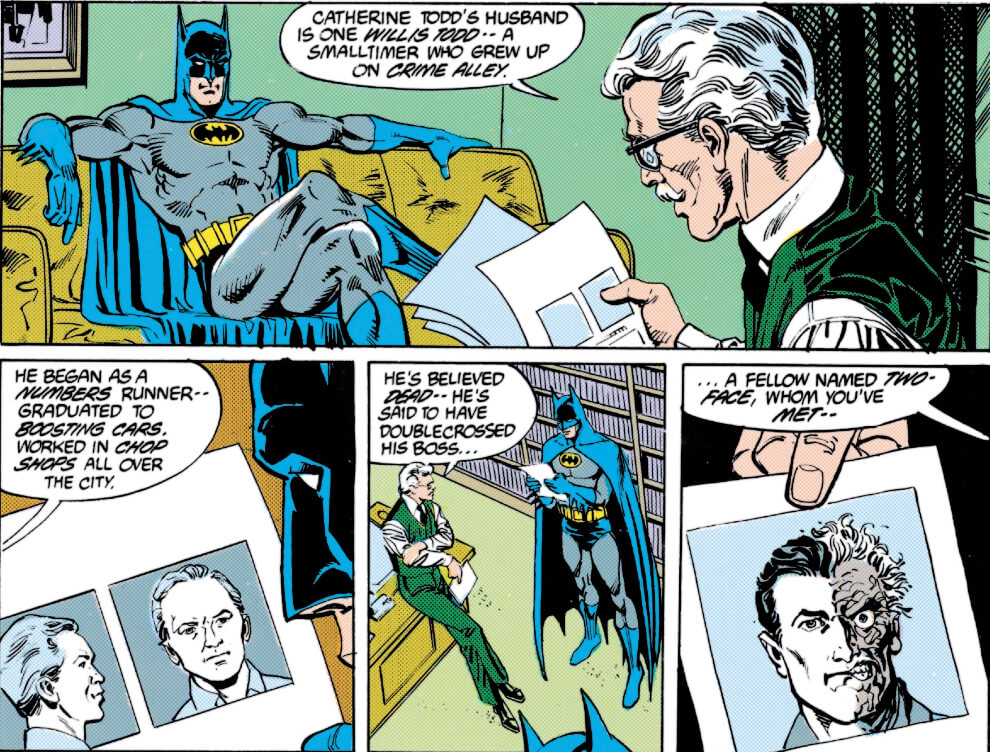 While Jason was trying to bond with Rose, we got some more details on his background, and some of it was a bit different than what we learned in season 1. In the episode “Jason Todd” the new Boy Wonder told Dick that both of his parents were in jail, but this week he told Rose his mother had died of a drug overdose and his father had been killed. It’s possible Jason was putting on a brave face for Dick in season 1, or he only recently learned what truly happened to his parents. Either way, this new piece of backstory is more in line with what we were told in Batman #408-409 (written by Max Allan Collins, penciled by Chris Warner and Ross Andru). In that storyline, Batman investigated his new orphan friend and found out his father was a thug who'd been killed by Two-Face, while his mother had died of a drug overdose. Poor Jason, let’s hope Rose is gentle with his heart.

Speaking of Jason and Rose’s romance, it was no accident the couple sang a song from West Side Story to one another. For those unfamiliar with it, West Side Story is a modern-day version of Romeo and Juliet in which a boy and a girl tied to rival street gangs fall in love. Their relationship is heavily complicated by the war between their friends and families. Does that sound familiar? Jason and Rose are pretty much the black sheep of their families, struggling to make their relationship work while Slade and the Titans fight one another. In fact, one could almost consider this entire season of Titans a superhero version of West Side Story!