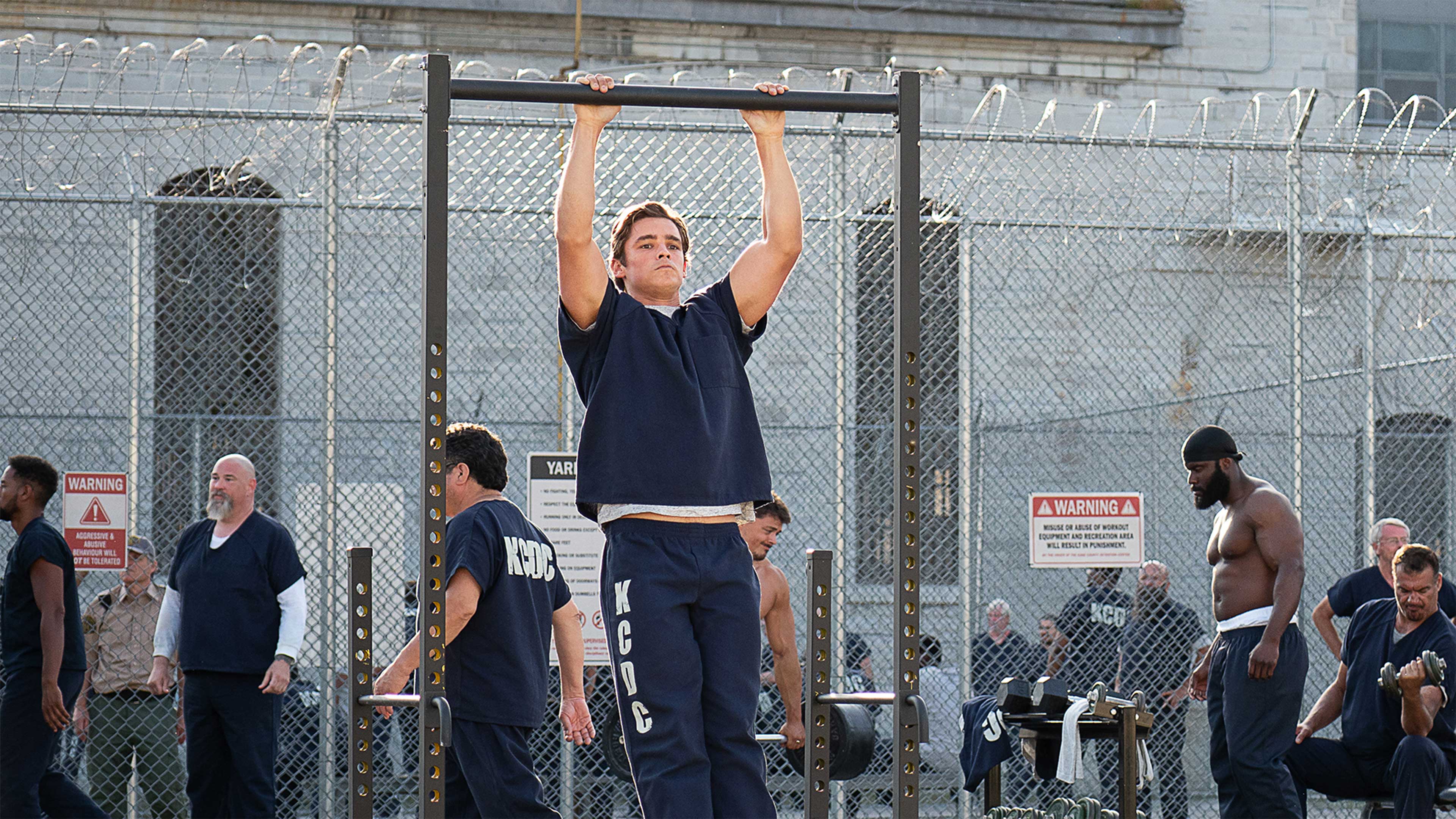 All the Easter Eggs in TITANS Episode 2-10: “Fallen”

Prison Dick, murderous gargoyles, and an invasion of Titans Tower – let’s face it, folks, this one had it all! The latest episode of DC Universe’s Titans has a lot to unpack, and as usual we kept our eyes out for hidden messages or any references to comics lore. So join us as we break down the Easter eggs in “Fallen.” 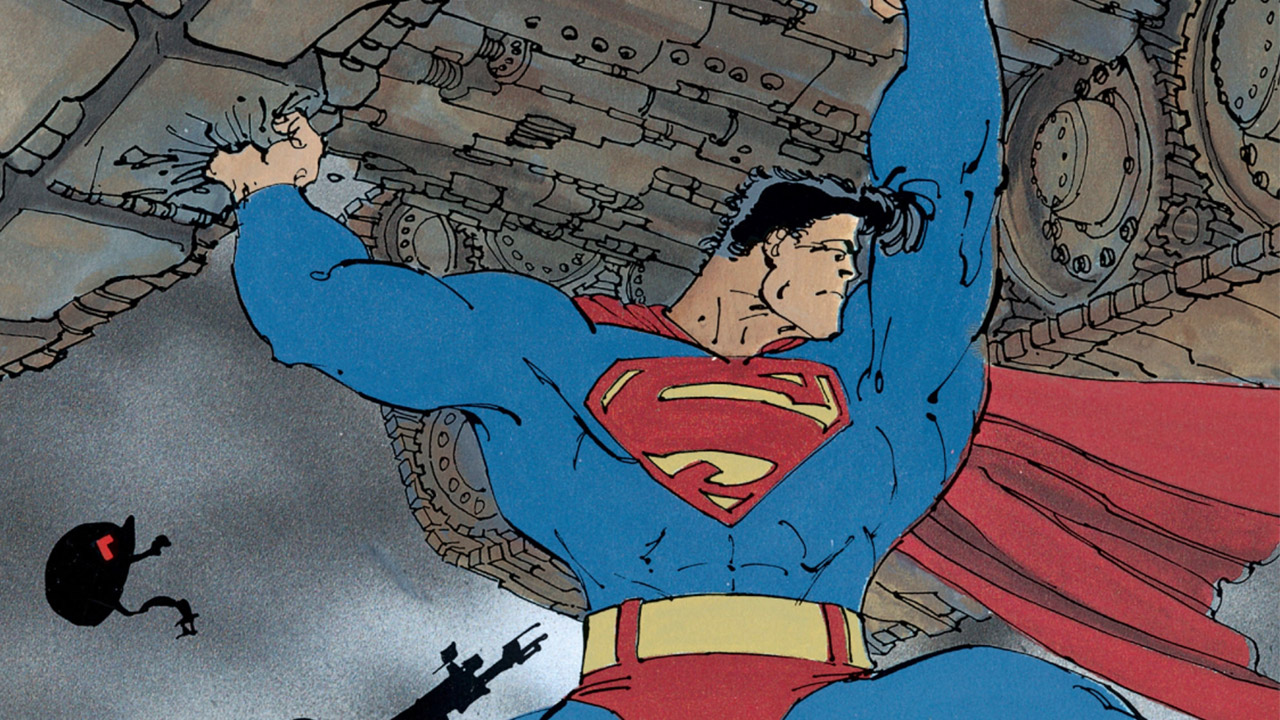 This week Dick Grayson spent some time behind bars after a questionable TSA assault last episode, and we got to meet some very interesting cellmates. Dick’s prison bunkmates were refugees from the South American nation Corto Maltese. If you can’t find Corto Maltese on the map, that’s because it doesn’t exist. The war-torn country was created by Frank Miller for Batman: The Dark Knight Returns #3 (story and art by Frank Miller and Klaus Janson). The name is a tribute to a long running Italian comic book series by Hugo Pratt. In The Dark Knight Returns, Corto Maltese is undergoing a violent civil war, with the Soviet Union backing the rebels and the United States backing the established government, making the small island nation a pawn in the Cold War. Seeking to discreetly push things in the United States favor, President Ronald Reagan sent Superman in to covertly stop the uprising.

The concept of Corto Maltese became popular and was used in subsequent DC stories. It was referenced a few times in Tim Burton’s 1989 Batman film, and Vicki Vale proudly showed her prize winning photographs of the violent country. The nation was brought into the mainstream DC canon in Time Masters #4 (written by Bob Wayne and Lewis Shiner, penciled by Art Thibert), and has since been referenced in countless other comics, television shows and movies.

According to his computer file, Dick is potentially facing 7 years in prison, which means he has a lot of spare time on his hands. Time to start reading, but unfortunately he doesn’t have access to DC Universe’s extensive library of comics, leaving him stuck with the prison library. Throughout the episode Dick can be seen reading The Magic Mountain by Thomas Mann. The novel’s protagonist Hans Castorp shares a few similarities with Dick. Both of them lost their parents at a young age, and both can be considered unreliable narrators. Throughout the novel it’s clear that events might not be occurring the way that Castorp says they are. Remember why the Titans broke up last episode? Because Dick was being an unreliable narrator. Interestingly, Castorp winds up stuck in a sanatorium for 7 years, which is the same amount of time we’re told Dick may be facing in prison. Perhaps the Boy Wonder should pick a different novel that doesn’t hit so close to home. 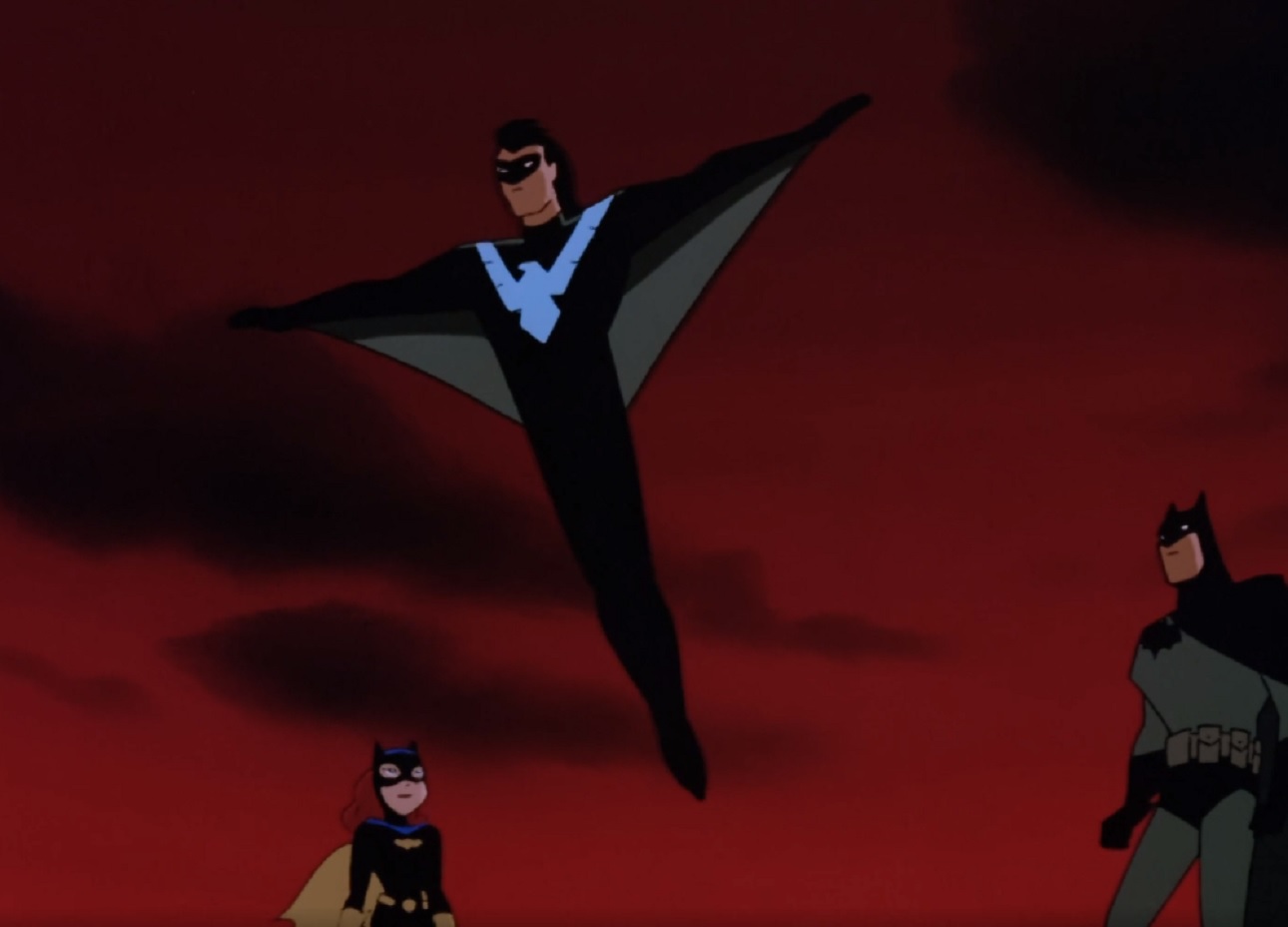 Don’t worry folks, we all noticed that interesting bird carving on the prison wall. Before their breakout, the Corto Maltese refugees told Dick the story of their legendary bird El Ala Azul. Did you know that El Ala Azul is Spanish for The Blue Wing? Very interesting….

The bird carving is similar to the Nightwing chest symbol that was first seen in The New Batman Adventures episode “You Scratch My Back.” Although Nightwing’s costume has had a blue bird symbol since 1995’s Nightwing #2 (written by Denny O’Neil and penciled by Greg Land), the one from the animated series (and seen in this episode) is shaped differently and has feathers. The South American roots of the bird symbol were first established in The Batman Adventures: The Lost Years #3 (written by Hilary J. Bader and penciled by Bo Hampton) when Dick met a Brazilian tribe who wore the chest emblem.

There have been a few versions of Nightwing’s origin where the hearing the story of a legendary figure inspires him to don a new identity. The most famous case is Nightwing Secret Files #1, where Superman told Dick about a Kryptonian hero who was exiled from his family. The conversation was later retold in Nightwing #102 (written by Chuck Dixon and Scott Beatty, penciled by Scott McDaniel). It sounds like you don’t need to go to prison to become Nightwing, but it doesn’t hurt either.

We’ll be examining more of this lore in our upcoming Night Watch column this Thursday, where our trusty Wing-o-Meter will predict how close Dick is to becoming Nightwing. Be sure to check back here on Thursday for that!

Honorable Mention: Did the song at the end of the episode sound familiar to any of you? The song was “Smash it Up” and this version was by a group called The Damned. If you’re a Dick Grayson fan, chances are you heard Offspring’s version of the song in the 1995 film Batman Forever. The rocking track can be heard during the scene where Dick Grayson takes the Batmobile out for a joyride. By the way, you can visit the Gotham City street where Dick Grayson drove the Batmobile in that scene. If you ever visit the Warner Brothers Lot in California, the iconic street (known as Hennesy Street) is part of the studio tour. Just be careful not to drive the Batmobile through it, or you might get arrested and be forced to read The Magic Mountain for the next 7 years.