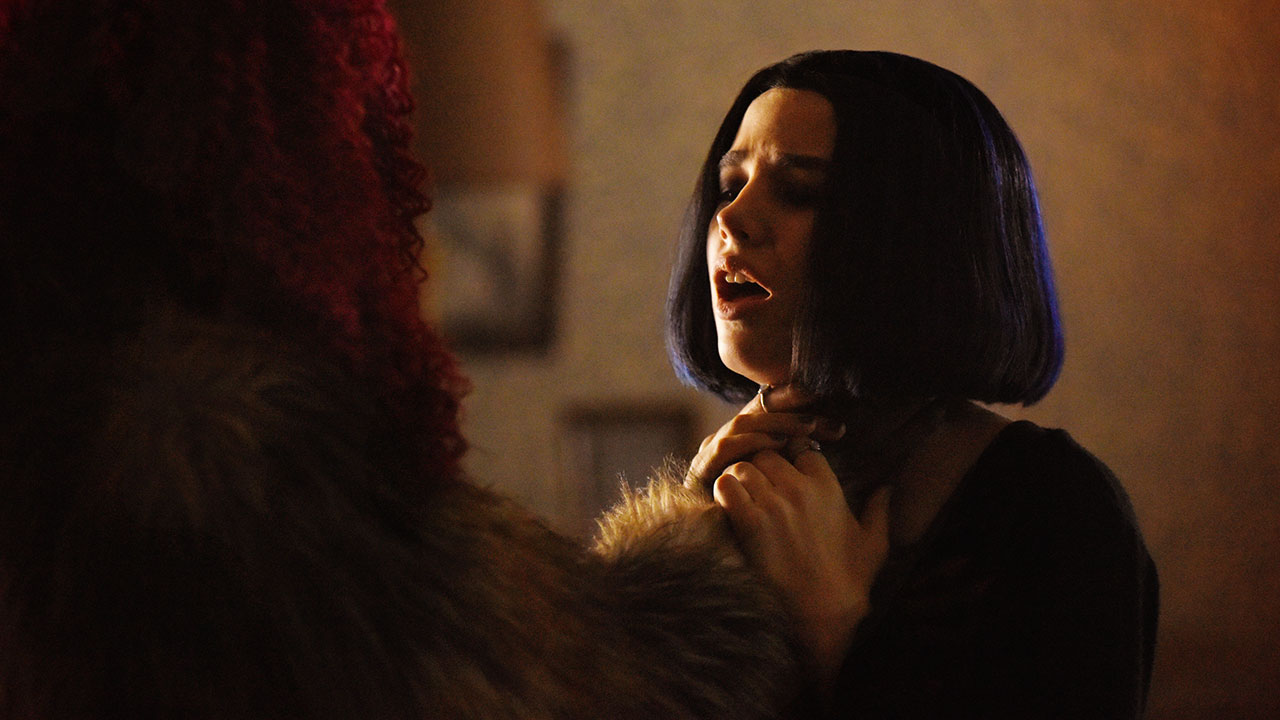 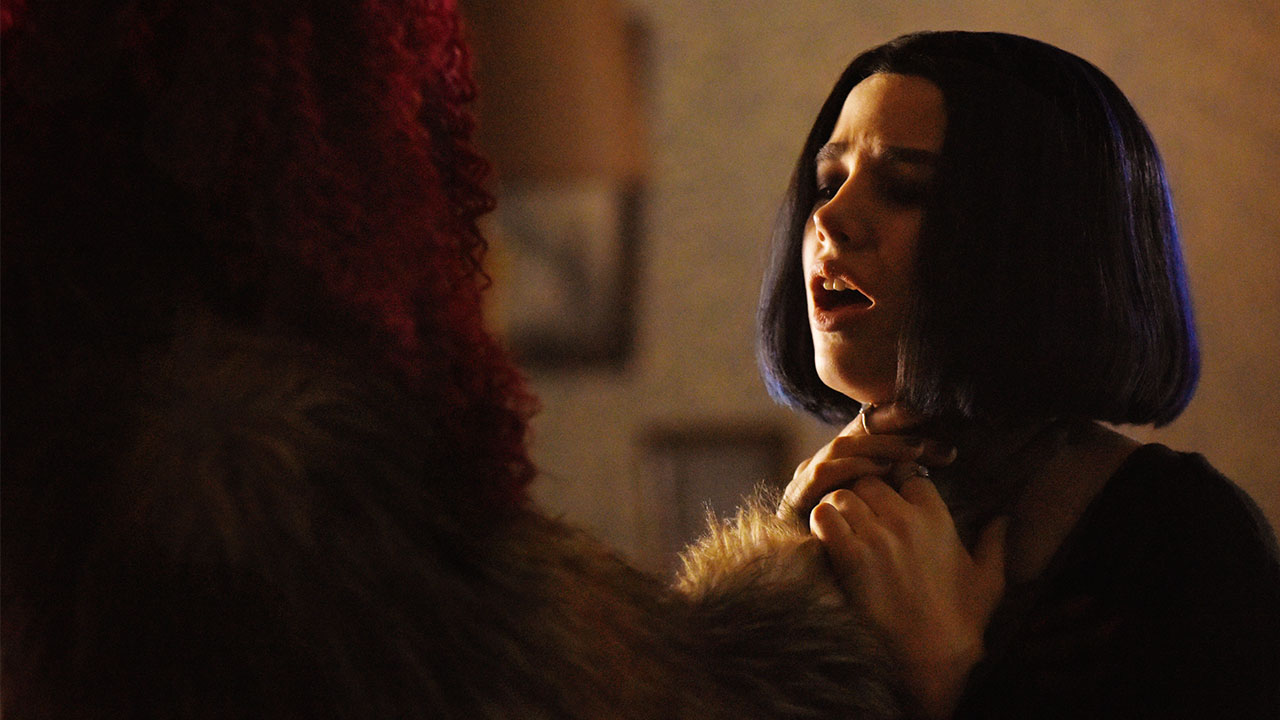 All the Easter Eggs in TITANS Episode 10: “Koriand’r”

This week, in episode 10 of DC Universe's Titans (watch “Koriand’r” here), we learned about Kory’s true origins and finally met Rachel’s dad! It was an intense episode that pulled lots of references from the comics. Let’s see what Easter eggs the Titans TV team gave us this week… 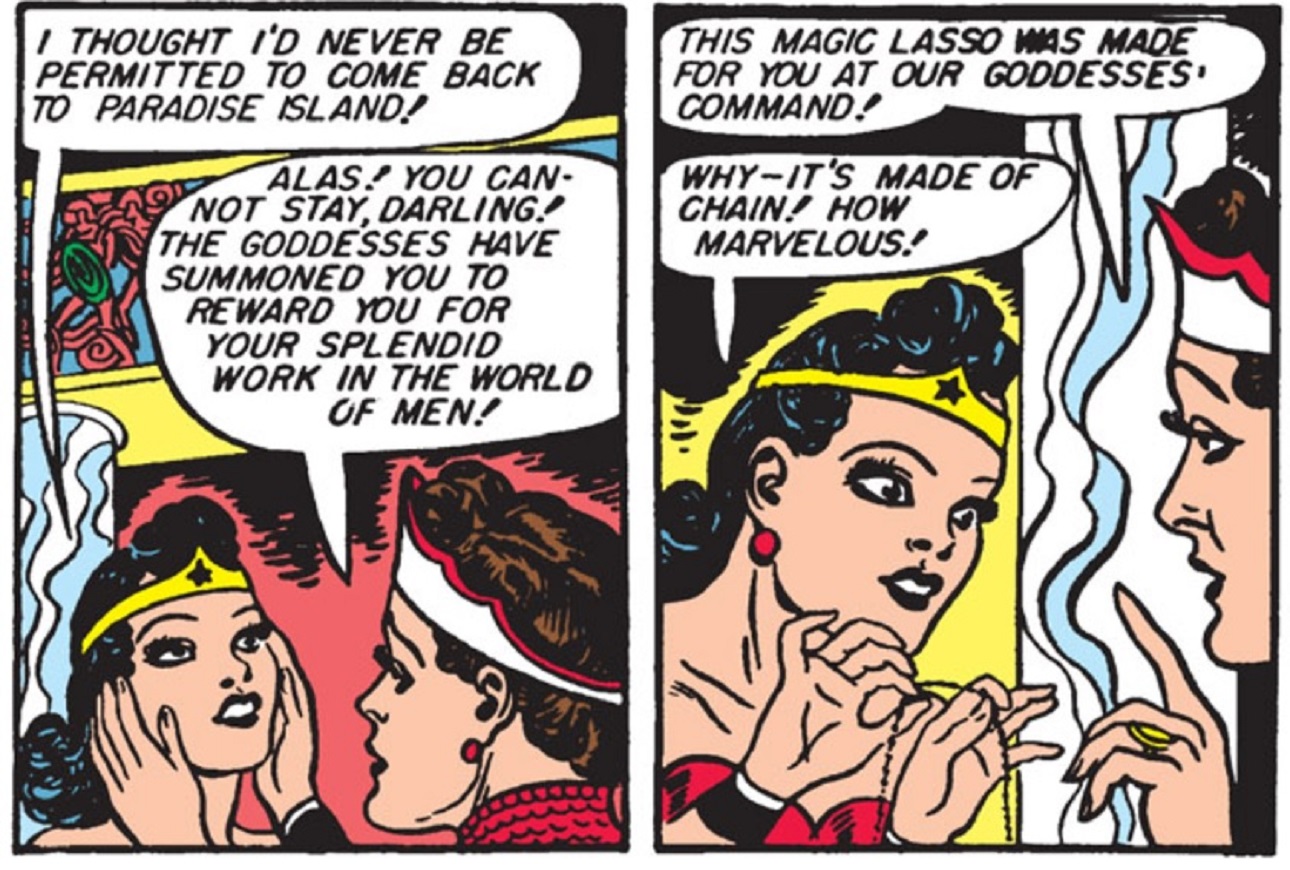 In the opening sequence of this week's episode, Rachel’s life is saved by the timely intervention of Donna Troy’s glowing lasso. The lasso has been the weapon of choice for Wonder Woman, Wonder Girl, and others who've held their mantles since 1942's Sensation Comics #6 (written by William Moulton Marston and penciled by Harry G. Peter, read Sensation Comics #6 here). Diana’s mother Hippolyta gifted her the weapon, which has rarely left her side. The lasso’s abilities have changed over the years, but it’s most famous for compelling those it binds to tell the truth. Donna Troy later upgraded her golden lasso for a silver lasso of persuasion in 2010's Justice League of America #44 (written by James Robinson and penciled by Mark Bagley). While wielding this lasso, Donna can make her foes do whatever she orders them to. Kory should be thankful Donna didn’t have this lasso on her! 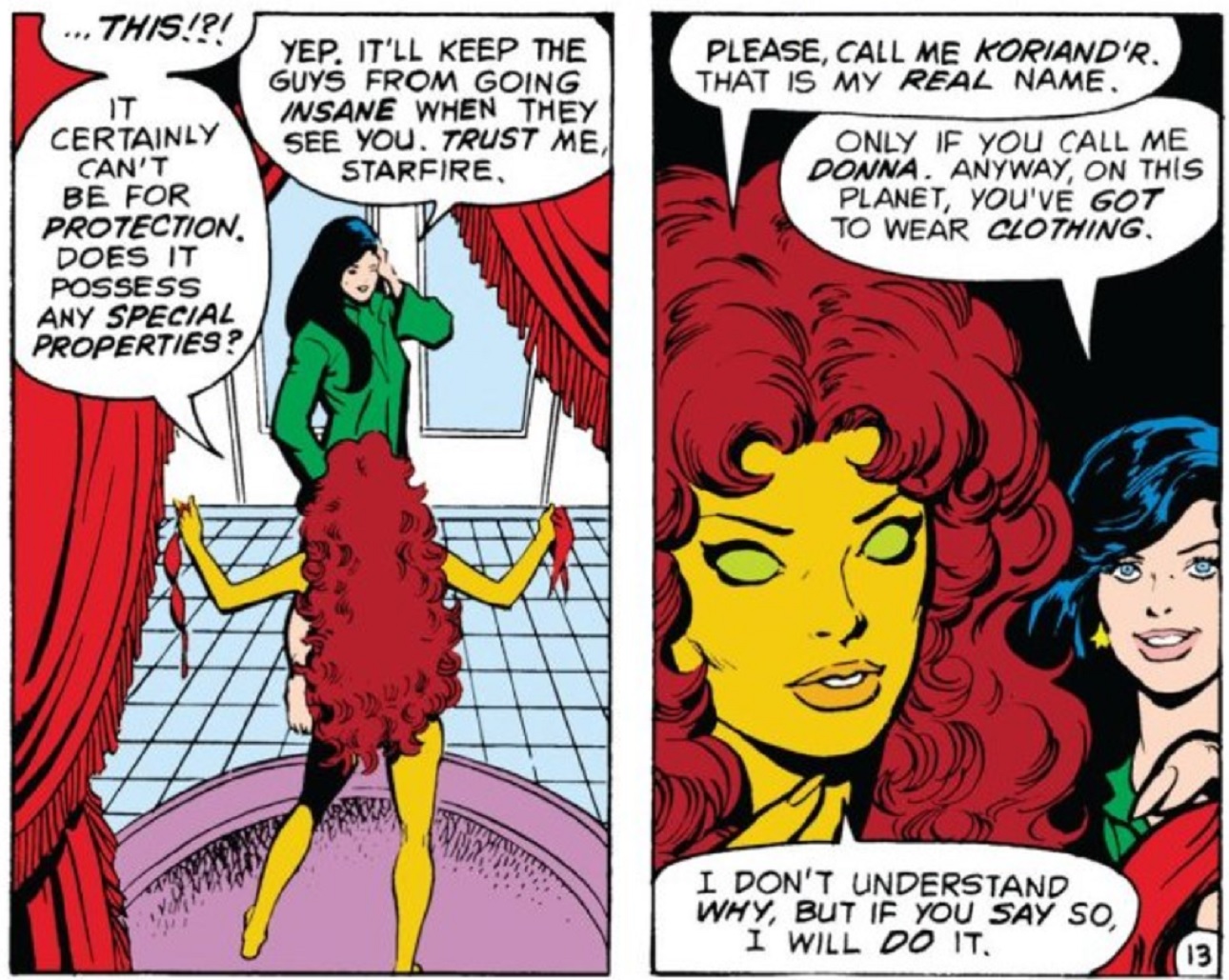 Now that her memory is back, Kory has finally remembered her true name Koriand’r. The name is first said in narration boxes and by Kory’s alien slavers in New Teen Titans #1 (written by Marv Wolfman and penciled by George Perez, read New Teen Titans #1 here), before Kory tells her teammates her name in the very next issue (read New Teen Titans #2 here). In an interesting bit of symmetry, Dick and Donna are the first people to use her proper name in the comics, and they are also the first to learn it in this episode. 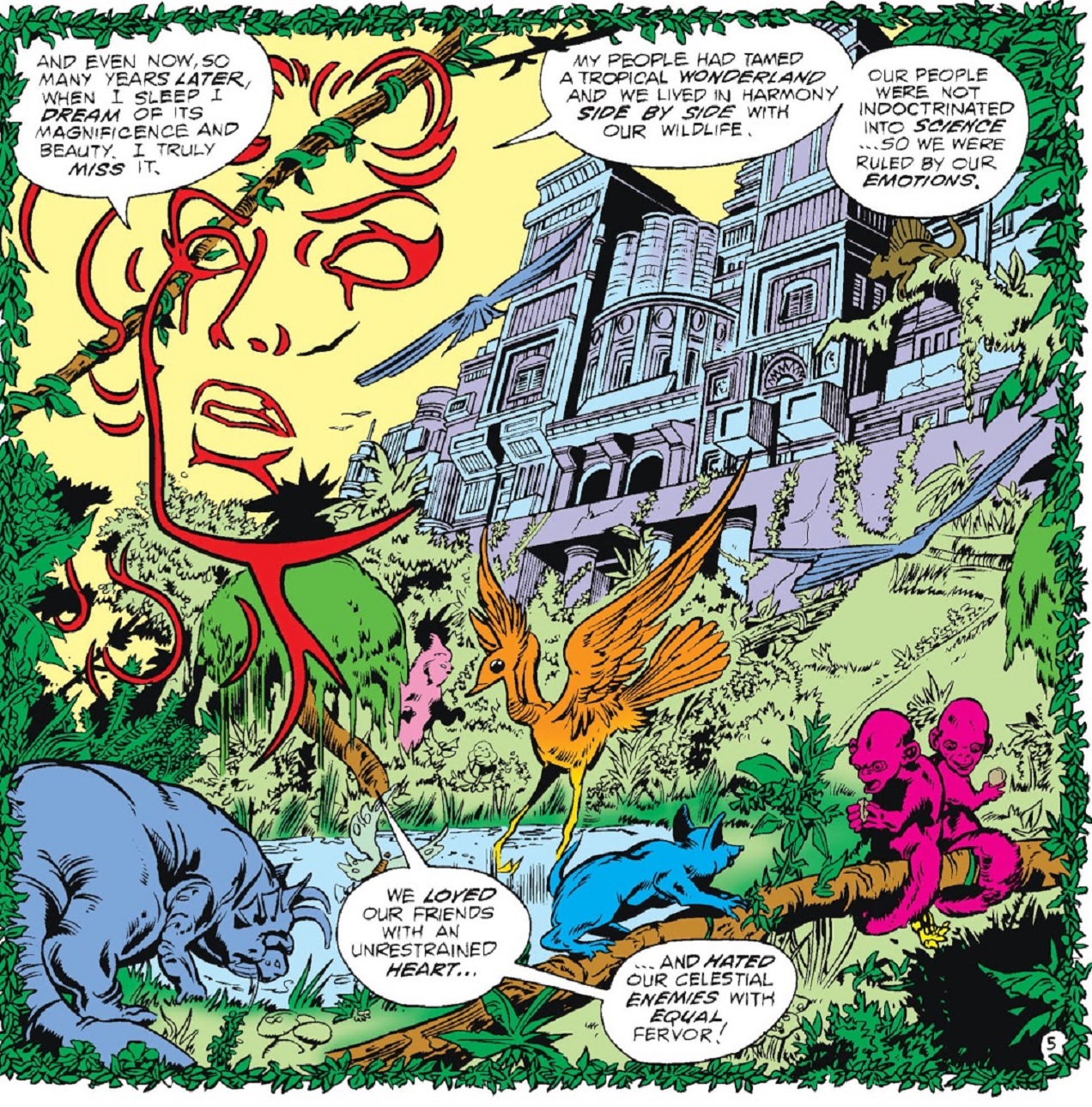 For weeks Kory has been trying to remember who she is and where she came from, and the answer was out of this world! Like her comic-book counterpart, Kory came from a planet called Tamaran. The planet, described as a tropical paradise ruled by love, was first seen in New Teen Titans #3 (written by Marv Wolfman and penciled by George Perez, read The New Teen Titans #3 here). Although the planet was governed by love, the Tamaraneans were fierce warriors who had to defend themselves in many planetary conflicts. The Titans visited the planet a few times, first in New Teen Titans Annual #1 (written by Wolfman and penciled by Perez). Tragically, the entire planet of Tamaran was destroyed in New Titans #128 (written by Marv Wolfman and penciled by William Rosado) when an attack by the warring Psions destroyed the planet's core. Kory has attempted to help the Tamaraneans settle on a series of new planets, but those unfortunately were destroyed too. The television version of Koriand’r is currently trying to save her planet from a similar fate. Let’s hope she succeeds! 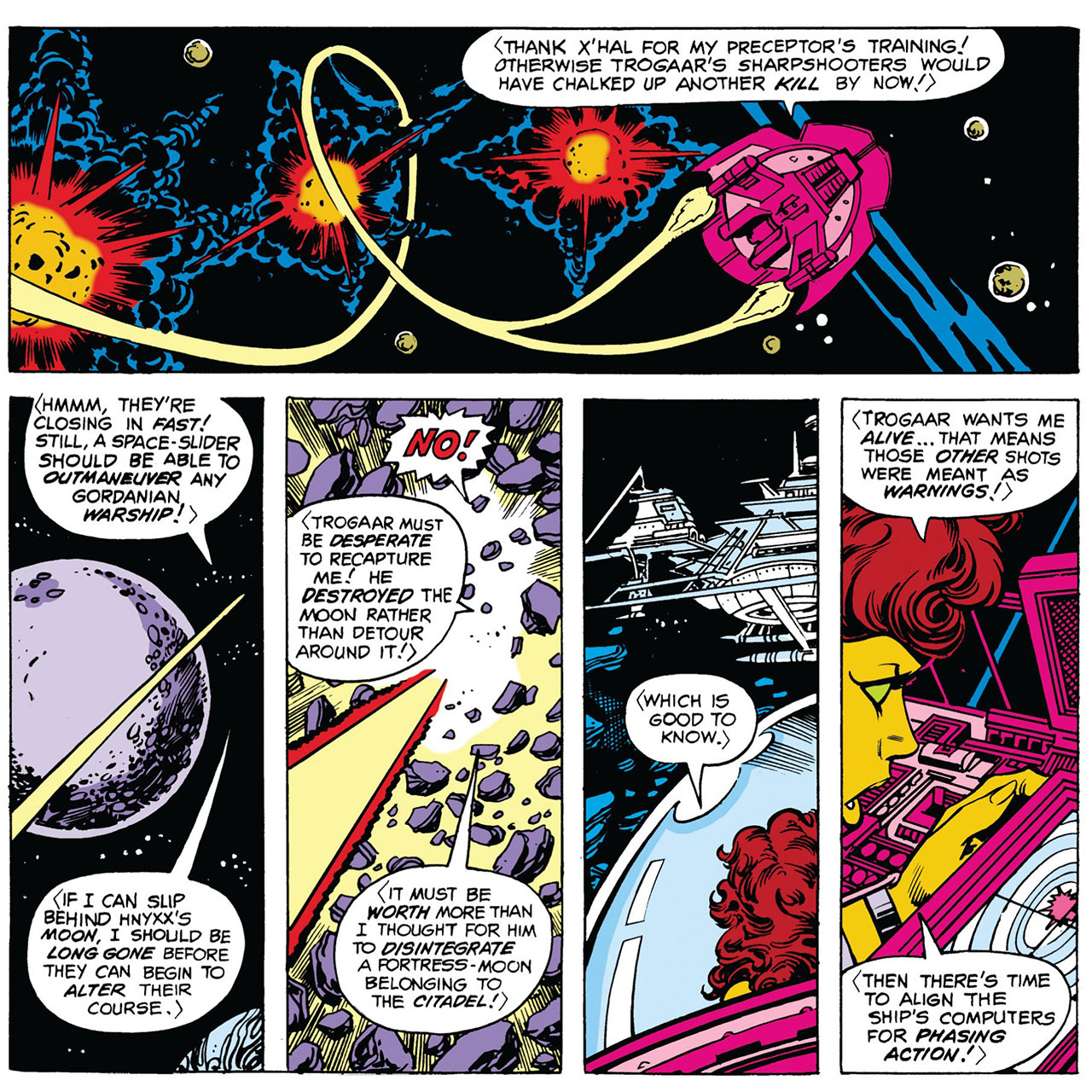 If you listened very carefully, you may have heard Kory say “X’Hal” before boarding her ship. In the comics, Kory often says the word (first uttered in New Teen Titans #1) as an expression of surprise, relief, or a variety of other emotions. It was later revealed that X’Hal was the name of a battle Goddess worshipped in the Vegan System. Like Kory, X’Hal had been experimented on by the alien Psions. During their scientific tests, the warrior was seemingly killed, until their continued experiments caused her lifeless body to be revived as a being of energy. The experience prompted X’Hal to become more of a vengeful Goddess, which citizens of the galaxy learned the hard way. But as powerful as X’Hal is, she’s nothing compared to the fearsome might of… 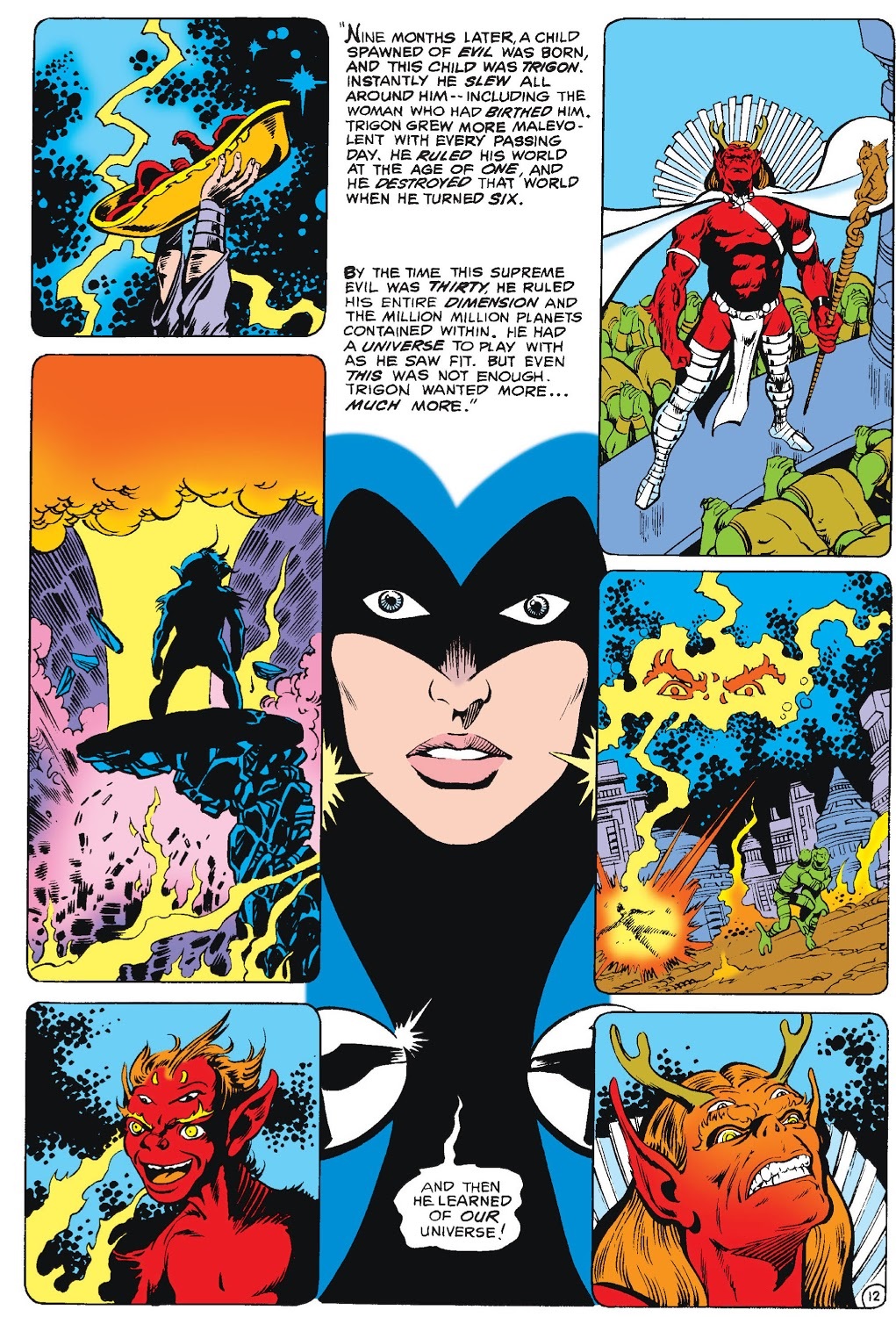 Did you catch any Easter eggs in this week's episode that we missed? Let us know in our Community!