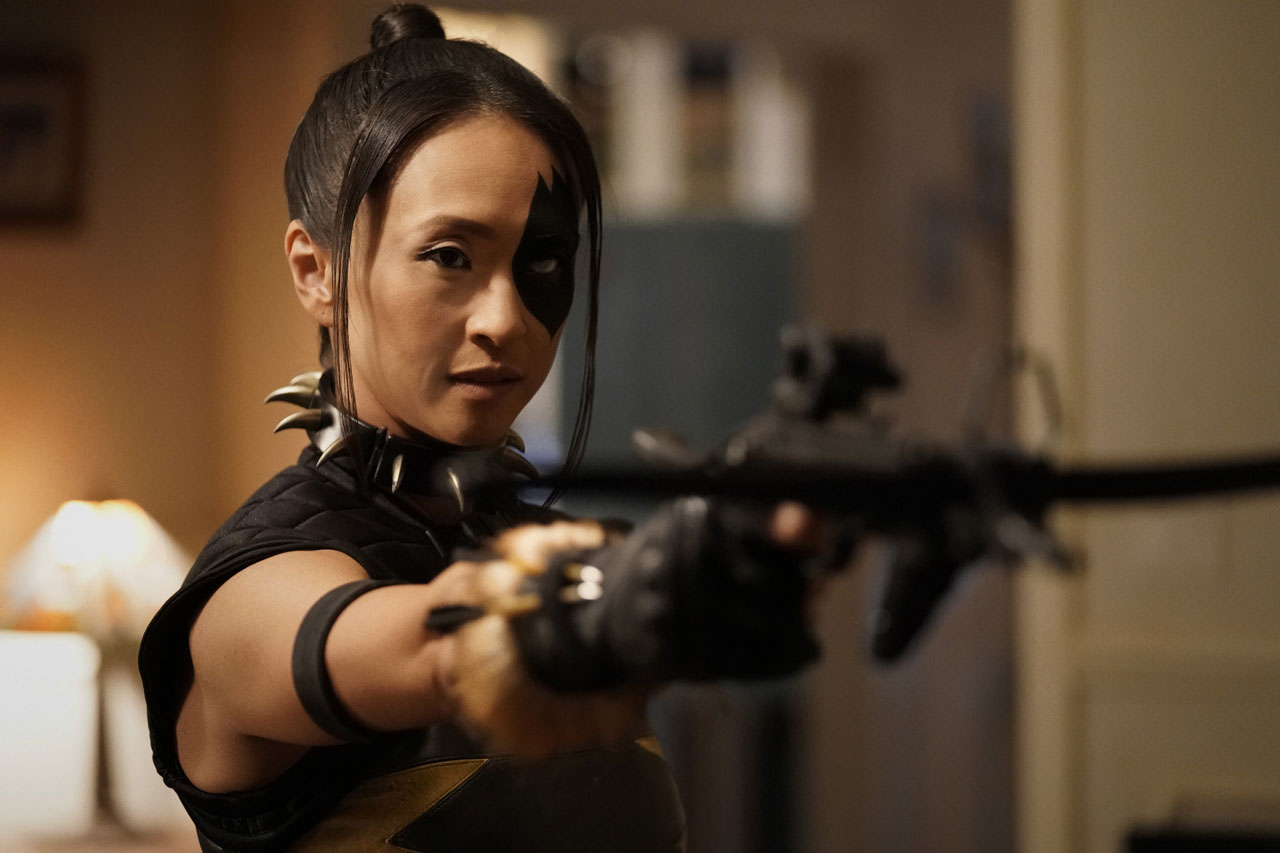 The Injustice Society have begun the final phase of their plan, and they’re out to destroy anyway who stands in their way. DC Universe’s Stargirl is building towards it’s climactic season finale, and nobody is safe! Tigress turned on Fiddler, Mike stabbed Sportsmaster with a drill, and Barbara has been brainwashed! In between these exciting developments, the series continued homaging the comics source material. Here are the Easter eggs we found in “Stars and S.T.R.I.P.E. Part One.” 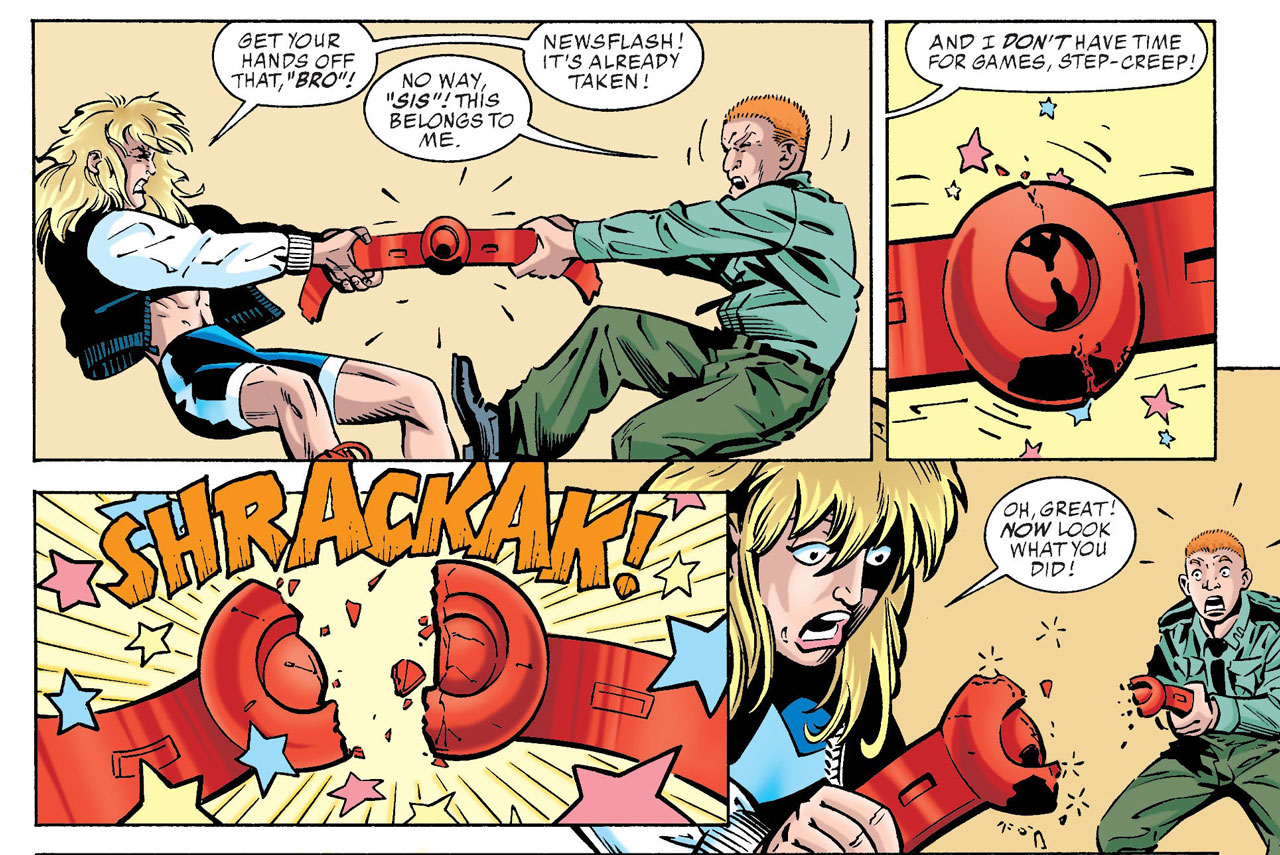 Now that Mike knows the truth about his family, he’s a bit jealous that the Cosmic Staff chose Courtney and not him. You know how it is with siblings. In fairness, Mike is handling things a lot better than his comics counterpart did. The comic version of Mike Dugan envied Courtney’s role as the Star-Spangled Kid, and kept claiming the role should’ve been his. Things got so bad in Stars and S.T.R.I.P.E. #11 that the step-siblings played tug of war with the Cosmic Converter Belt until it broke. This was unfortunate timing, because Shiv and her drones showed up seconds later. Mike also wondered if he had a future working as the JSA’s resident mechanic, which is a nod to what Pat told him in Stars and S.T.R.I.P.E. #14. 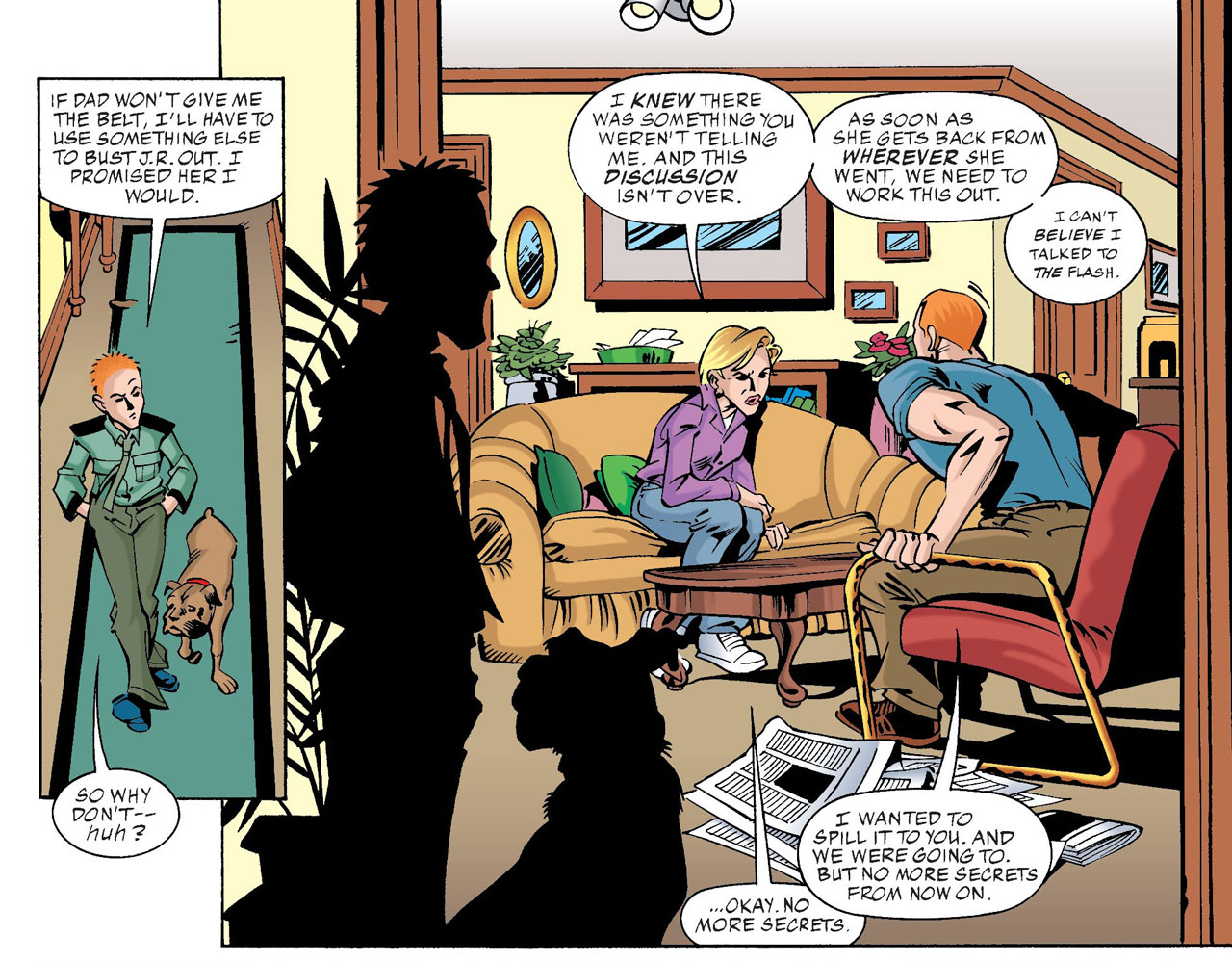 In addition to trying to save the world, Pat Dugan is also doing the best he can to salvage his shaky marriage. The Dugan-Whitmore marriage has been in trouble ever since Barbara found out that Pat had been keeping his double life from her, and the couple finally had a chance to hash things out in this episode. This emotional moment was reminiscent of a scene in Stars and S.T.R.I.P.E. #13 where Pat apologized for hiding everything. Their comic counterparts were able to make up and move forward, so let’s hope that Luke Wilson and Amy Smart's characters can make it work as well. One of the things that makes this show so great is the realistic family dynamics, which have left us emotionally invested in the Dugan-Whitmore clan. Come on, Pat and Barbara -- don’t break up, you can make this marriage work!

During Pat’s heart-to-heart with Barbara, he mentioned all the friends he's lost, including Sylvester Pemberton’s parents, and the Justice Society’s FBI informant. Sylvester’s parents, John and Gloria Pemberton, first appeared in Star-Spangled Comics #1. John and Gloria were typical socialites, and they were blissfully unaware of Sylvester’s life as the Star-Spangled Kid. They employed Pat Dugan as their chauffer. At times they treated him as a valued family member, while at other times they regarded him as “the help.” When Sylvester returned from being lost in time (Justice League of America #100-102), he learned his parents were dead, leaving the Star-Spangled Kid without a sense of closure.

We’re not sure who the Justice Society’s FBI informant was, but our money is on Trey Thompson, the hero known as Mister America. Thompson first appeared in 2006’s Justice Society of America #1, written by Geoff Johns with art by Dale Eaglesham. He was an FBI agent who was dismissed after breaking protocol. Following his firing, Thompson became Mister America (an identity previously held by his grandfather), and continued assisting the FBI with their cases. After Thompson was killed by a villain known as Catalyst, his FBI colleague Jeff Graves continued the Mister America legacy and joined the JSA. 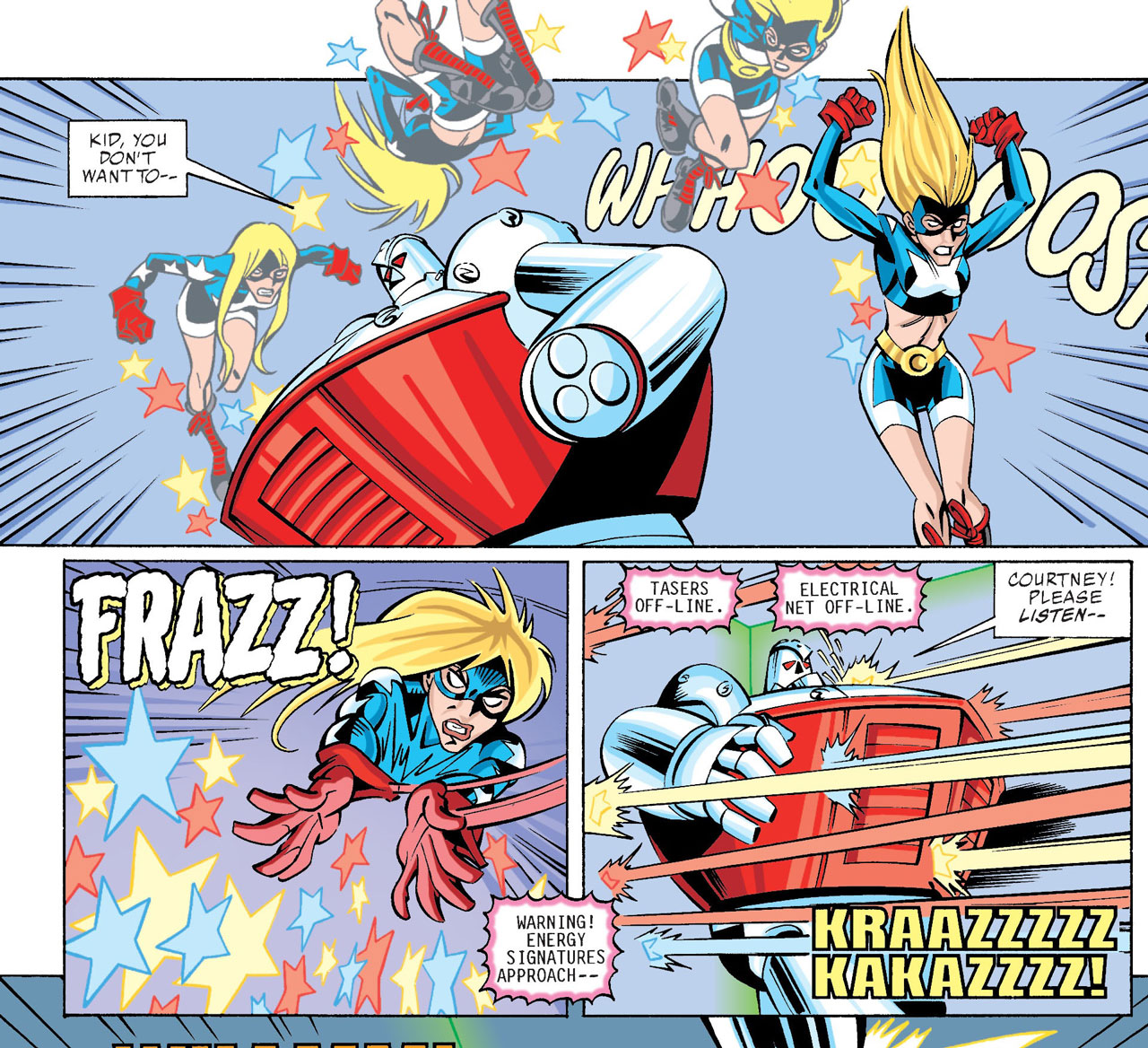 This episode concluded with a cliffhanger to end all cliffhangers – S.T.R.I.P.E. attacking Stargirl! This is a reversal of the cliffhanger in Stars and S.T.R.I.P.E. #12. Like his screen counterpart, Dragon King had the ability to brainwash people into becoming drones, but the process only worked on young minds. This meant he was able to brainwash Courtney, which resulted in the Star-Spangled Kid attacking Pat. Interestingly, the screen version reverses things by giving the Injustice Society the ability to brainwash adults. To find out how the cliffhanger was resolved, check out Stars and S.T.R.I.P.E. #13 -- then tune in next Monday for the explosive Stargirl season finale!