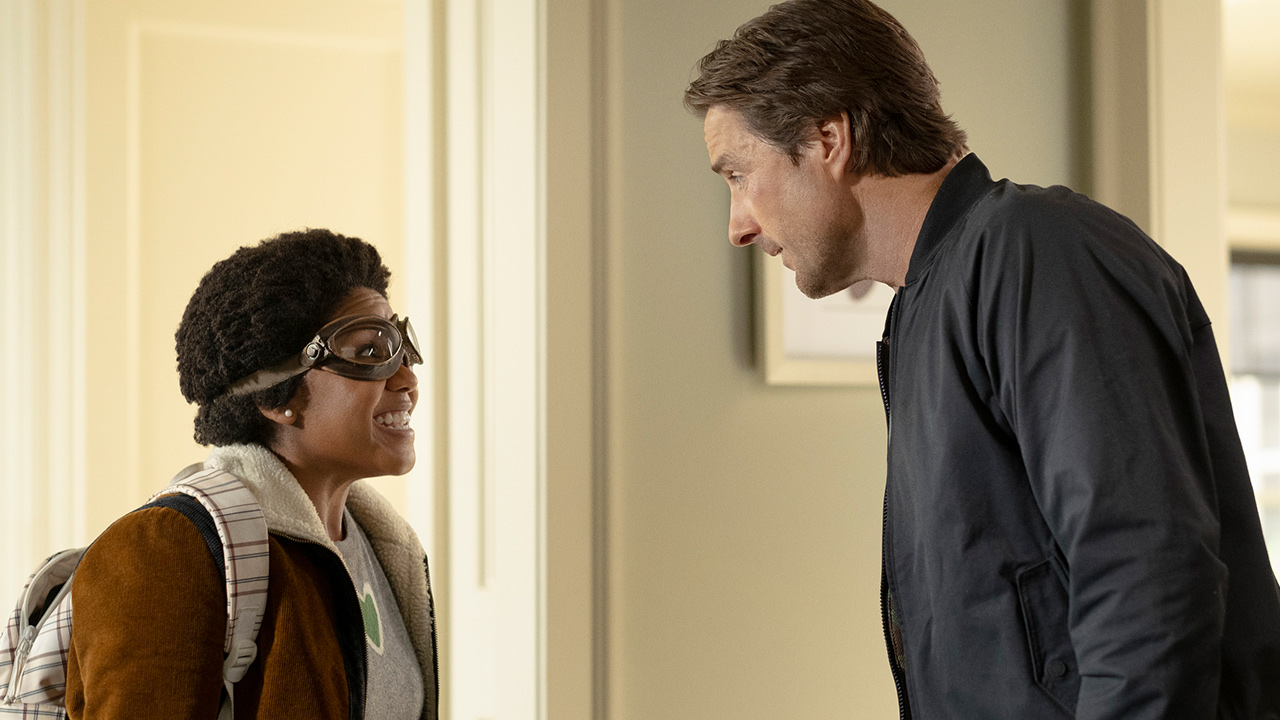 We unpack all the Easter eggs we found in the latest episode of Stargirl,  “Shiv Part Two.”

All the Easter Eggs in STARGIRL Episode 1-08: “Shiv Part Two”

Never threaten Courtney Whitmore’s friends! Cindy Burman learned this lesson the hard way in the latest episode of DC Universe’s Stargirl, and it led to an explosive rematch between the star-spangled heroine and Shiv. This episode also contained some cool pieces of DC lore -- so let’s unpack all the Easter eggs we found in “Shiv Part Two.”

SYLVESTER AND THE ROD 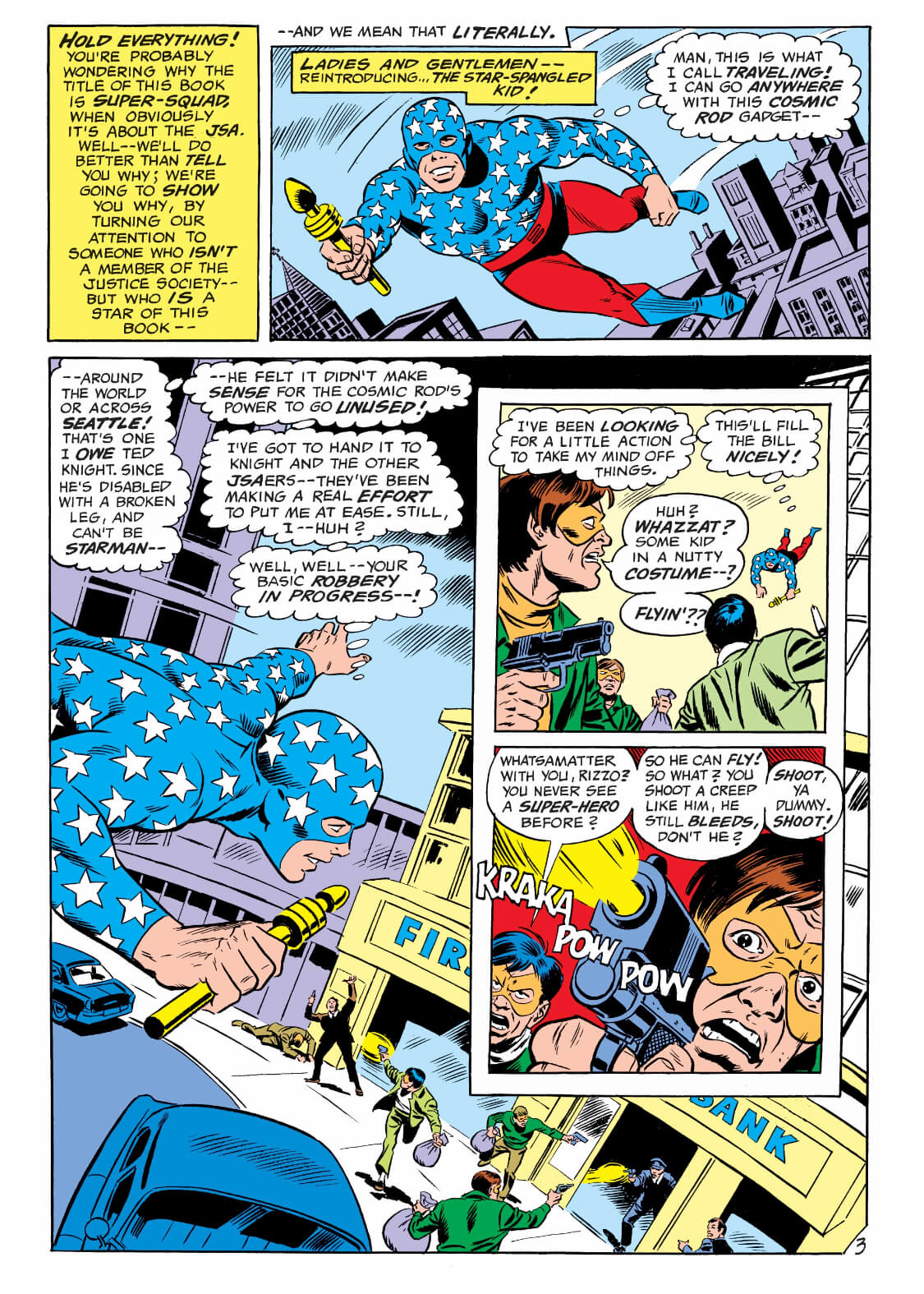 To our surprise, one of the most heartwarming conversations in this episode was between Pat and the Cosmic Staff. Who knew we could get so much emotion from a scene in which Luke Wilson talks to a stick? During their one-sided heart to heart, Pat talks about Sylvester Pemberton’s history with the Cosmic Staff, and it matches up with the backstory in the comics. As Pat mentioned, Sylvester Pemberton began his heroic career as a boy (the Star-Spangled Kid), and wasn’t given the Cosmic Staff until adulthood. Ted Knight, the original Starman, gave Sylvester the Cosmic Staff in All-Star Comics #58, after the young hero had returned from being lost in the timestream for years. Ted Knight offered to give the Staff and the Starman mantle to Sylvester permanently in a flashback in Stars and S.T.R.I.P.E. #0, but Sylvester turned him down. It appears that’s where the comics and the TV show deviates, since Stargirl's version of Sylvester graduated into the Starman identity, while the comics version decided to call himself Skyman. Not the best name for a hero, but Joel McHale can pull it off. 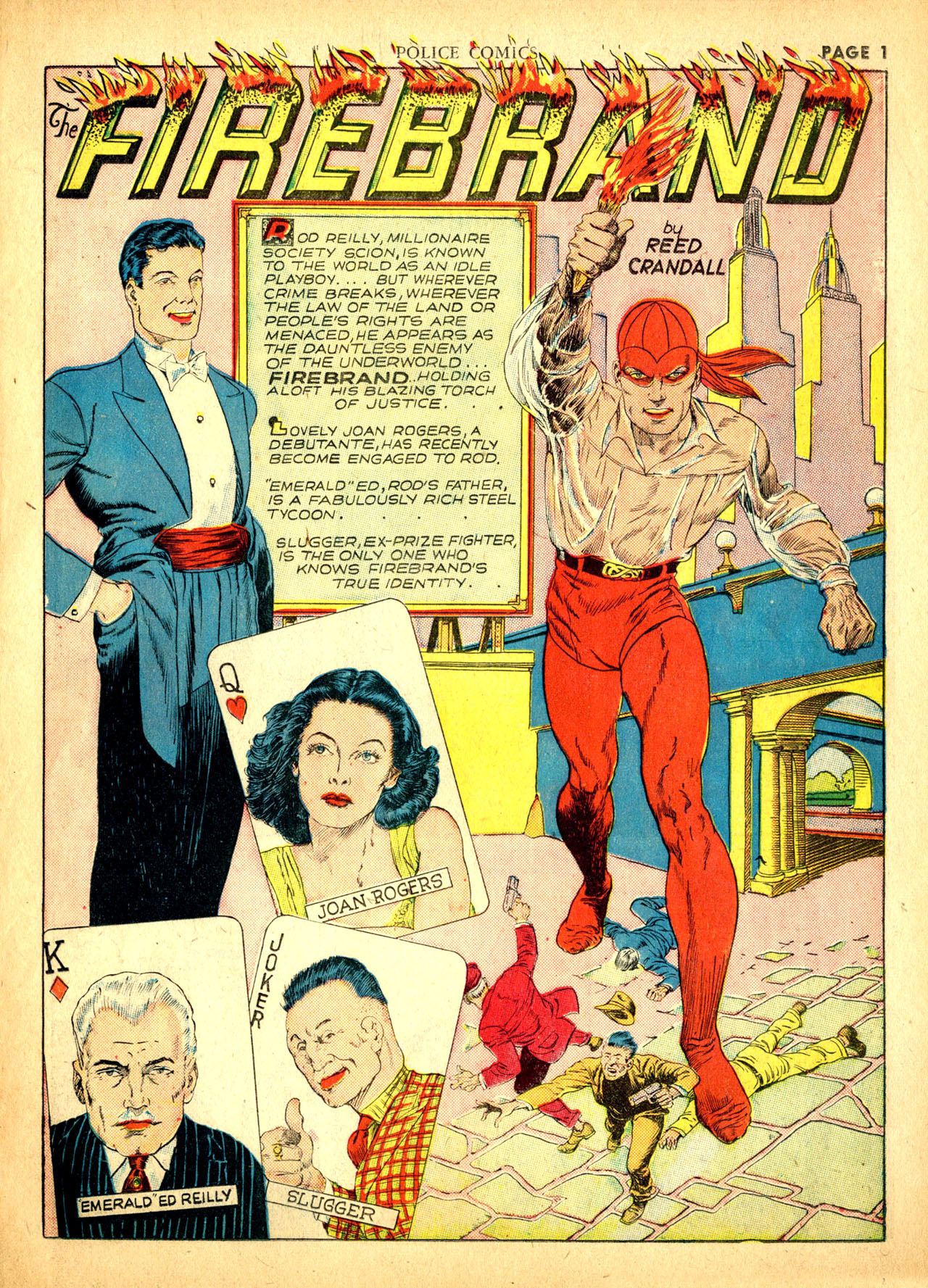 This week Icicle proved he’s the most coldhearted villain in the show, and that’s more than a pun. He murdered a man named Ed Reilly, who works at a company called Firebrand Chemical. In the comics, Firebrand wasn’t a company, he was a superhero, and Ed was his father. Firebrand was secretly millionaire Rod Reilly, who became Firebrand to fight crime. Don’t let his name fool you, he didn’t have any special flame powers, but that didn’t stop him from packing a punch! Besides, what he lacked in powers he made up for in fashion. Check out that see-through pirate shirt! Firebrand was first introduced in 1941’s Police Comics #1, published by Quality Comics. After DC Comics acquired the rights to Quality's characters, Firebrand made his DC Universe debut in Justice League of America #193. 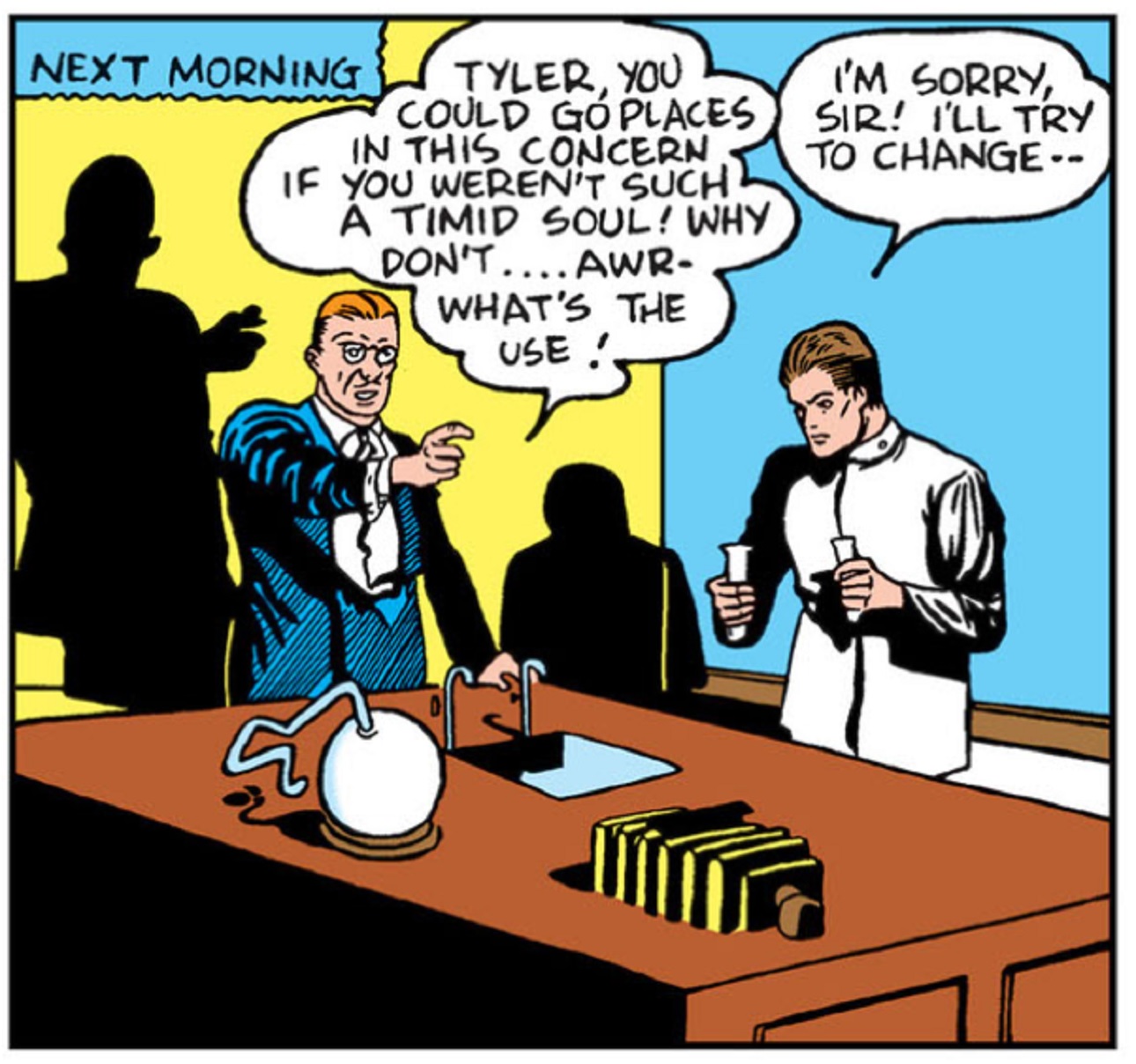 Firebrand wasn’t the only Easter egg in Jordan’s conversation with Ed. During this uncomfortable exchange, we learned Ed Reilly was once in charge of waste disposal for a company called Bannerman Chemical. The corporation has strong ties to the Justice Society since it’s partially responsible for the creation of Hourman. While Rex Tyler was employed at Bannerman, he used some of the company’s resources to create Miraclo, the compound that gives Hourman his powers. Bannerman Chemical was first seen in Adventure Comics #48 (reprinted in 1972’s Justice League of America #96).

By now you should know that pertty much every code seen in this show has a hidden meaning. While Beth is searching for clues in the Burman household, she spots a security keypad with the code 1999. No, this isn’t an homage to the Prince song, it’s a reference to the year that S.T.A.R.S. and Stripe debuted. The comic series introduced Courtney Whitmore and Cindy Burman, and it serves as the main inspiration for the show. 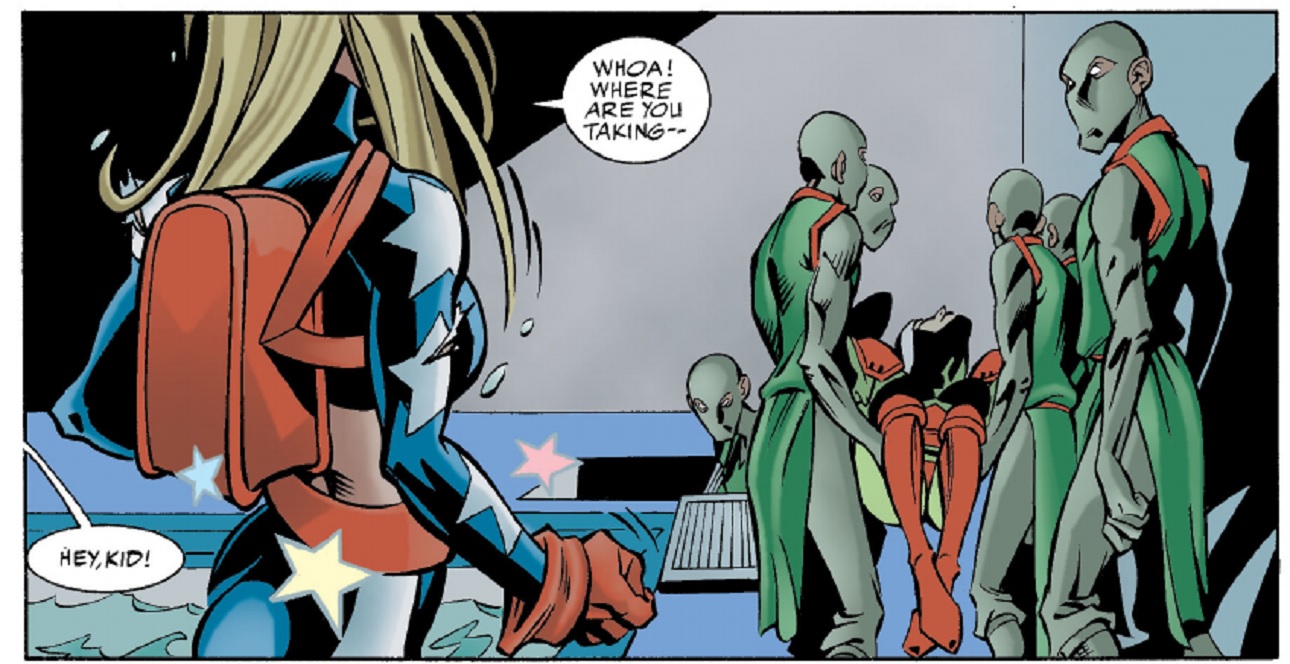