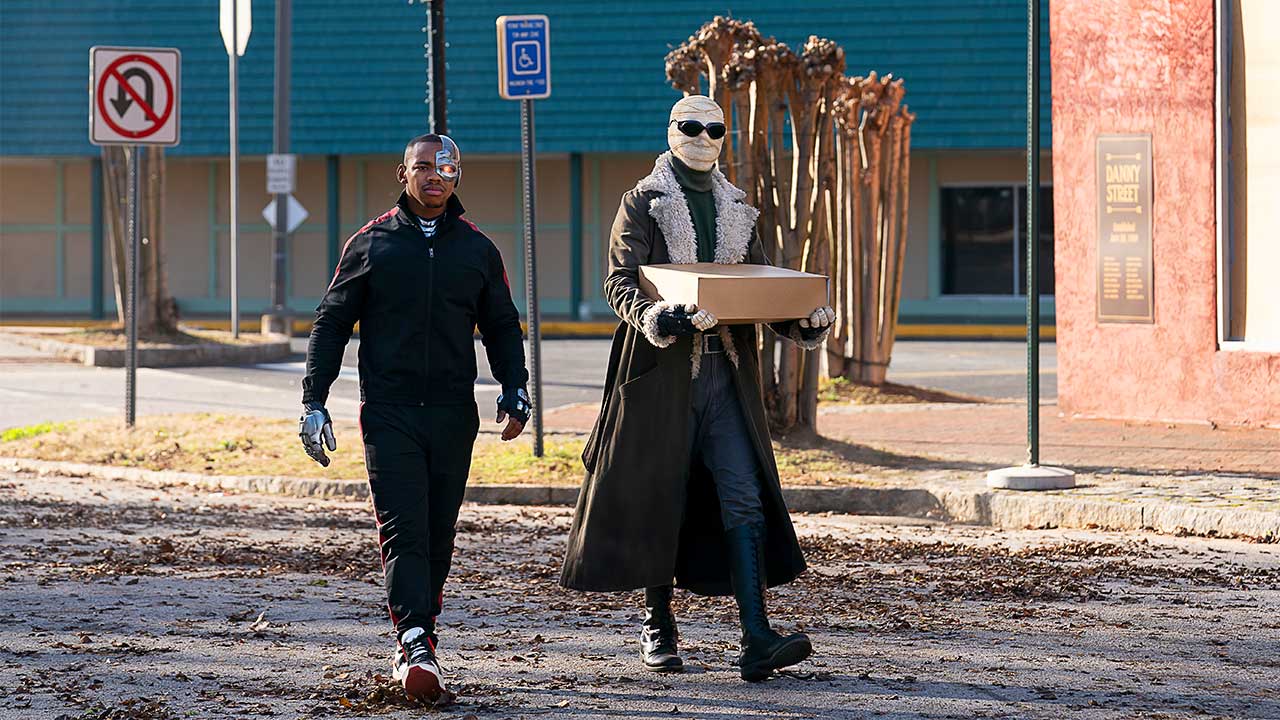 All the Easter Eggs in DOOM PATROL Episode 8: “Danny Patrol”

Greetings to all Dannyzens --  hope you're enjoying the party! Things got pretty festive in the latest episode of DC Universe's Doom Patrol. But when you’re dealing with a genderqueer sentient street, that comes as no surprise. "Danny Patrol" brought some of comic writer Grant Morrison’s most brilliant ideas to life. Let’s break it down… 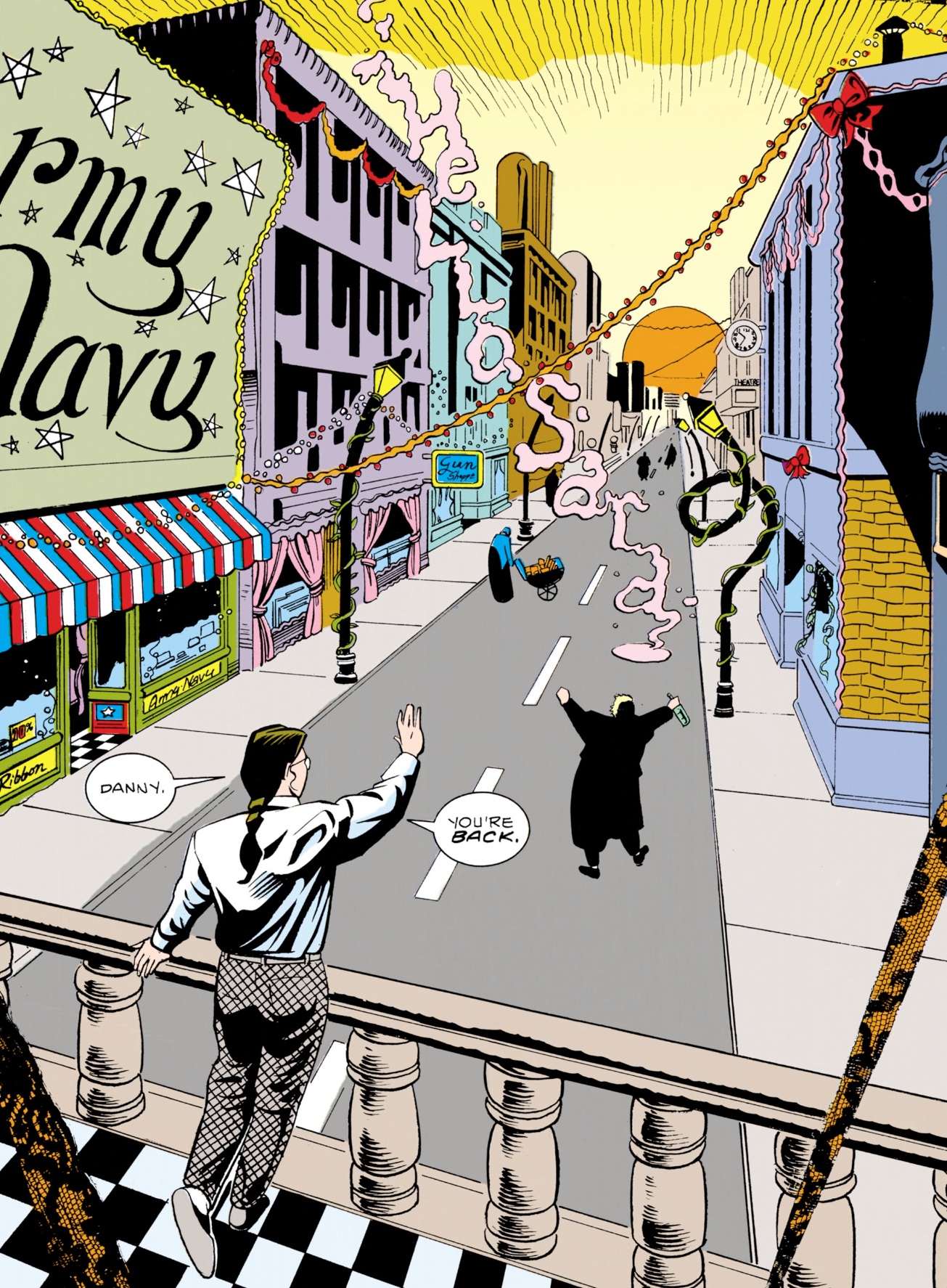 Danny the Street is a concept so far out, it could’ve only come from Grant Morrison’s Doom Patrol run. Debuting in 1990’s Doom Patrol #35 (written by Morrison and penciled by Richard Case), Danny was a sentient street who enjoyed traveling the world and picking up wayward strangers along the way. He eventually hooked up with the Doom Patrol and served as the team's headquarters for a time. In addition to helping the Doom Patrol, he was once a member of Tim Drake’s Teen Titans. Danny has expanded to other forms as well, and has been known as Danny the World, Danny the Ambulance, and Danny the Brick! Keep your eyes peeled...you never know when Danny will be warping to your town. 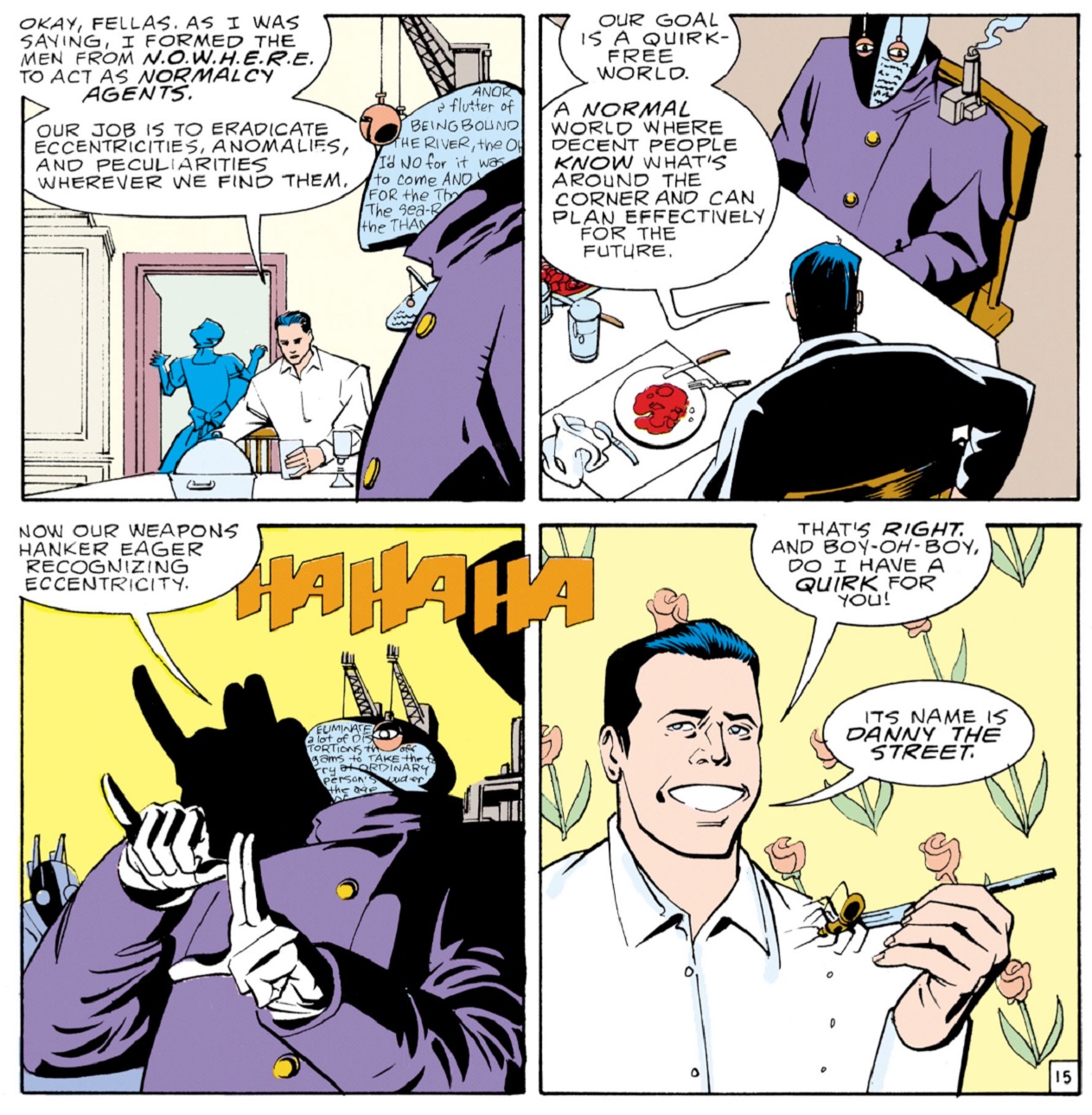 This episode also introduced Darren Jones and his “normalcy agents." Darren first appeared in Doom Patrol #35, alongside Danny the Street, and was angered by the sentient road’s mere existence. Darren hated anything that didn’t fit his description of “normalcy,” but he was so focused on hunting "freaks" that he didn’t notice his own sinister peculiarities. He tried so hard to make his own life seem normal and perfect that he installed a laugh track in his home, and took his wife’s eyes out when she screwed up. He tasked his Men from N.O.W.H.E.R.E. to hunt down and destroy Danny, but the Doom Patrol had the last laugh. When Darren confronted Danny, the street played a joke on him by placing the uptight agent in drag before teleporting him to his home...when his boss just happened to be visiting. 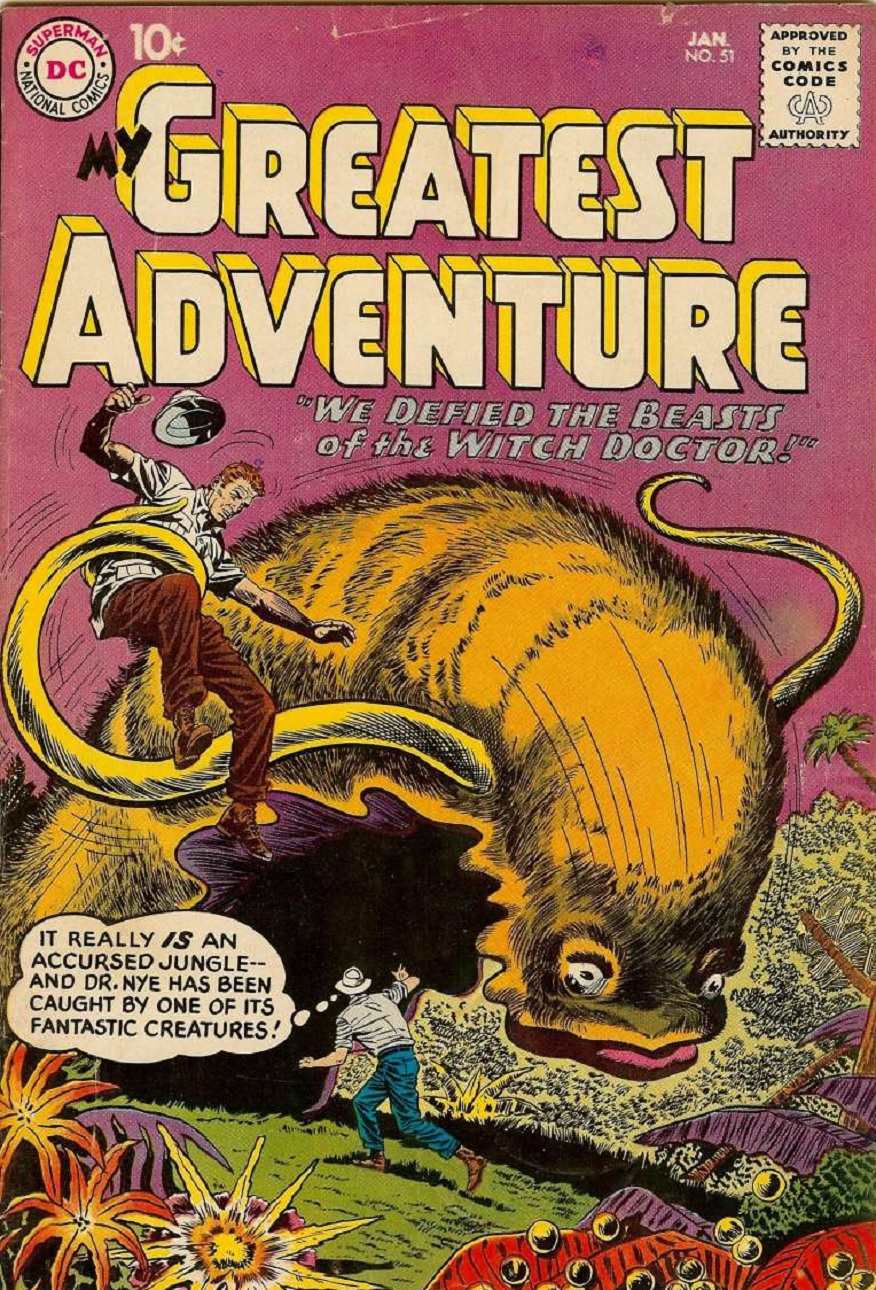 Before warping Cyborg and Negative Man home, Danny gave Victor a gift -- a vintage copy of 1961's My Greatest Adventure #51 (cover art by Dick Dillin). My Greatest Adventure was a DC Comics anthology title that featured science fiction and adventure stories. The series changed direction in My Greatest Adventure #80 (written by Bob Haney and Arnold Drake, penciled by Bruno Premiani) when it introduced a team of adventurers called the Doom Patrol. The group became so popular that the book changed its name to Doom Patrol starting with issue #86. The series continued until the original Doom Patrol were temporarily killed off in Doom Patrol #121. The book was temporarily revived to publish  reprints issues, ending with issue #124. That’s quite a legacy! With one issue in his hands, Cyborg just needs to collect the other 123 and he’ll have the full set. 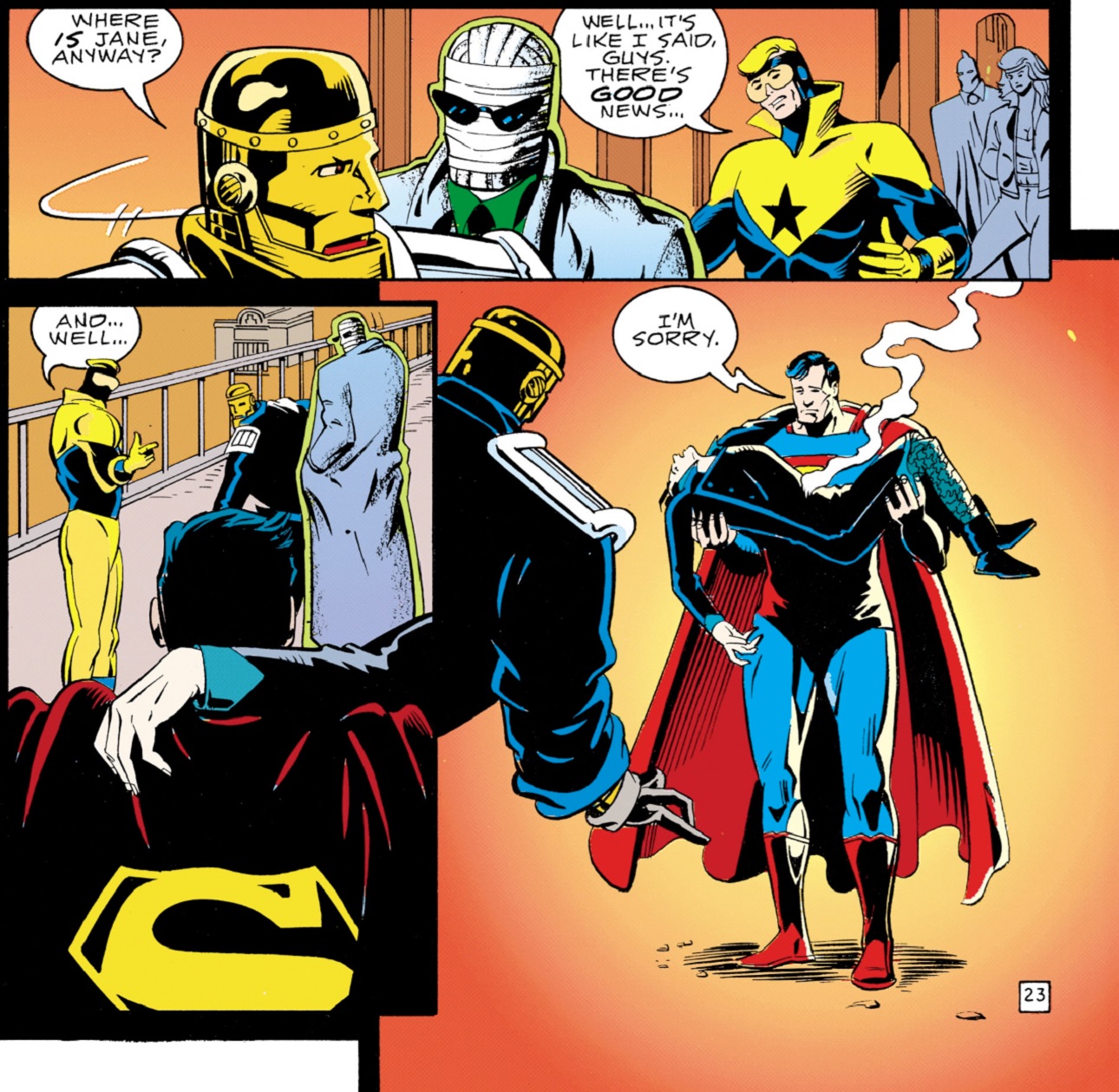 From Panel to Screen

In addition to characters and storylines, this week's episode brought one of the Doom Patrol comic's most iconic settings to life. Take a look at Peeping Tom’s -- the club located on Danny the Street -- in Doom Patrol #35... 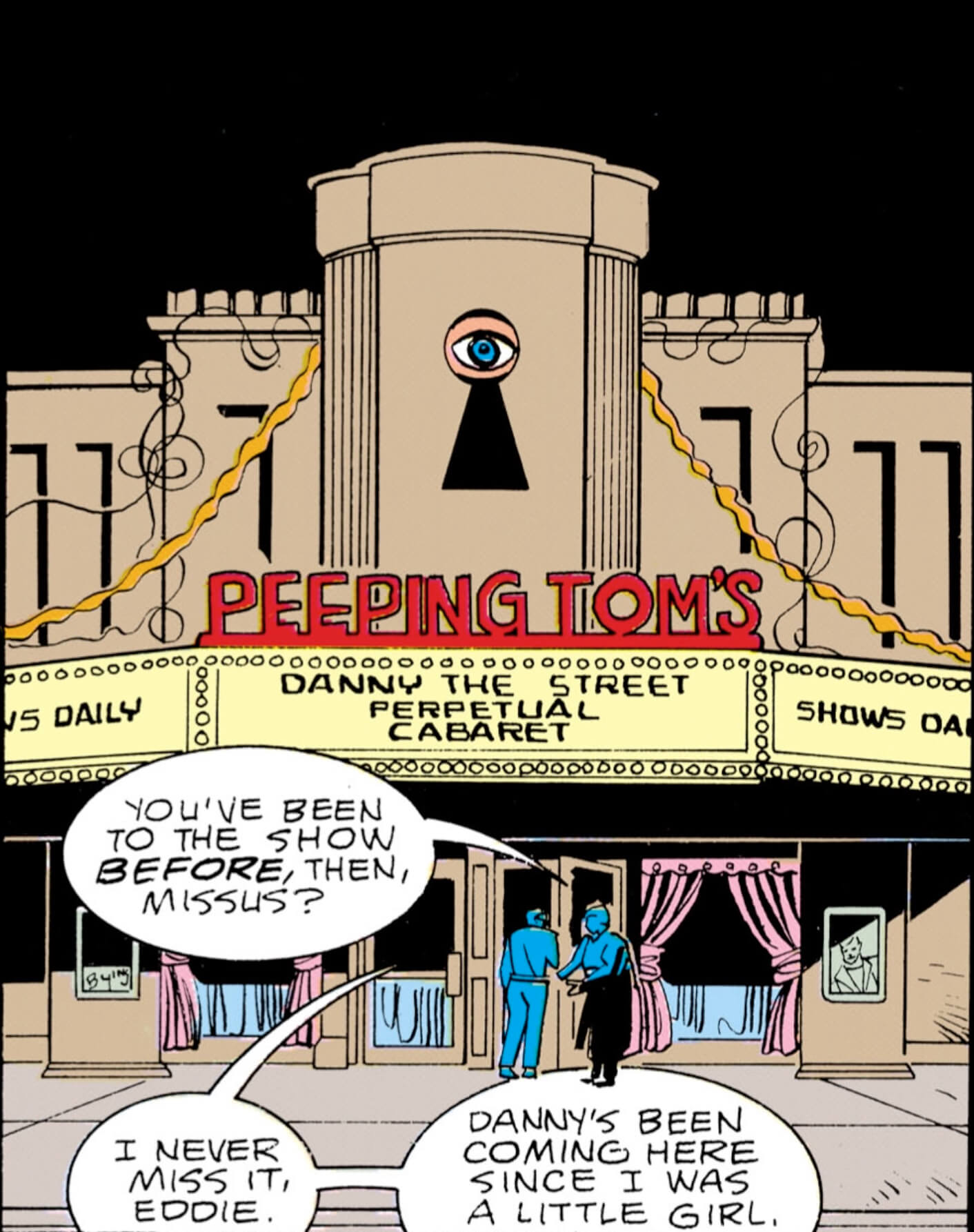 ….now check out how they translated it into live-action for the show...

What a great touch! The television show also called the performers “Saucy Songbirds," which was their moniker in the comics as well. Be sure to check out their next show if Danny the Street ever warps into your town.

HONORABLE MENTION: In the Titans episode “Doom Patrol,” Dick and Kory are told that Niles Caulder’s mansion is on Danny Street. Danny did mention that he and Niles were old friends. Perhaps he warped over for a visit?

Did you catch any Easter eggs this week that we missed? Let us know in our Community!