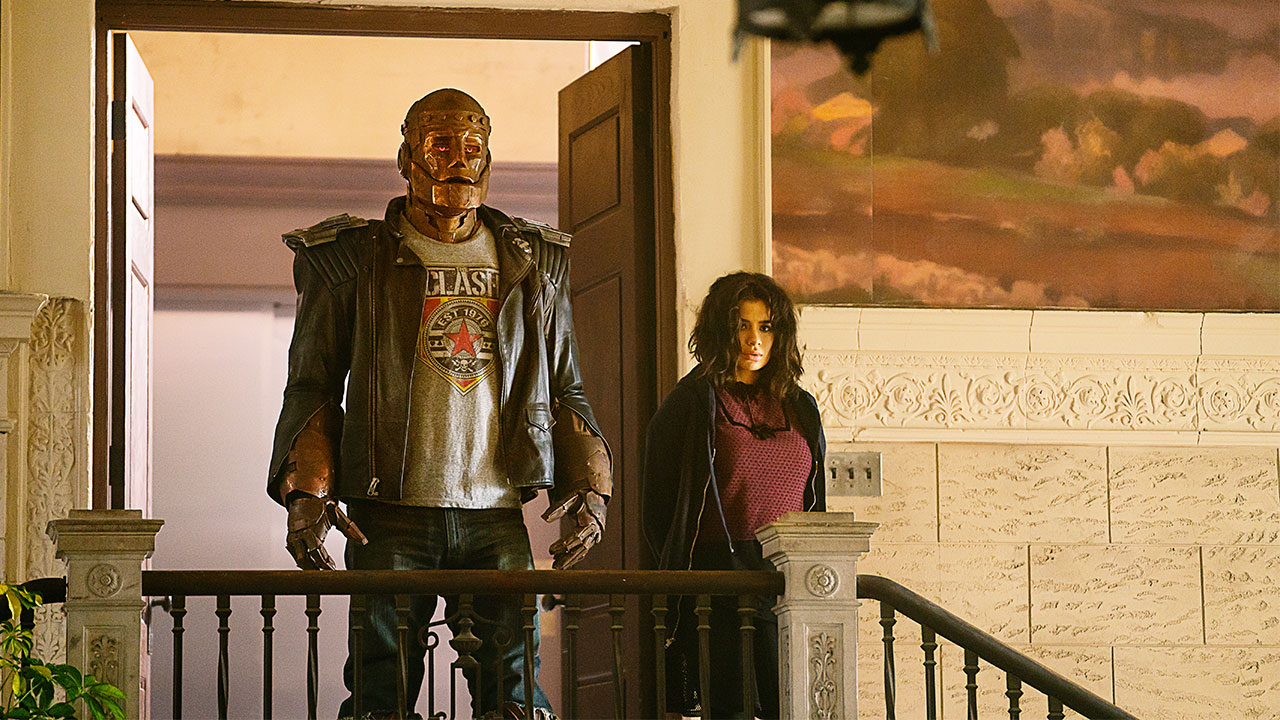 All the Easter Eggs in DOOM PATROL Episode 5: “Paw Patrol”

In this week's episode of Doom Patrol, “Cult Patrol”, the Chief threw up, Jane started a cult, and the world was saved by a dog. All in a day’s work for World's Strangest Heroes! Of course this episode included some new elements from the world's Doom Patrol comics, and even recreated a few of those moments on screen. Let’s take a look at this week’s Easter eggs… 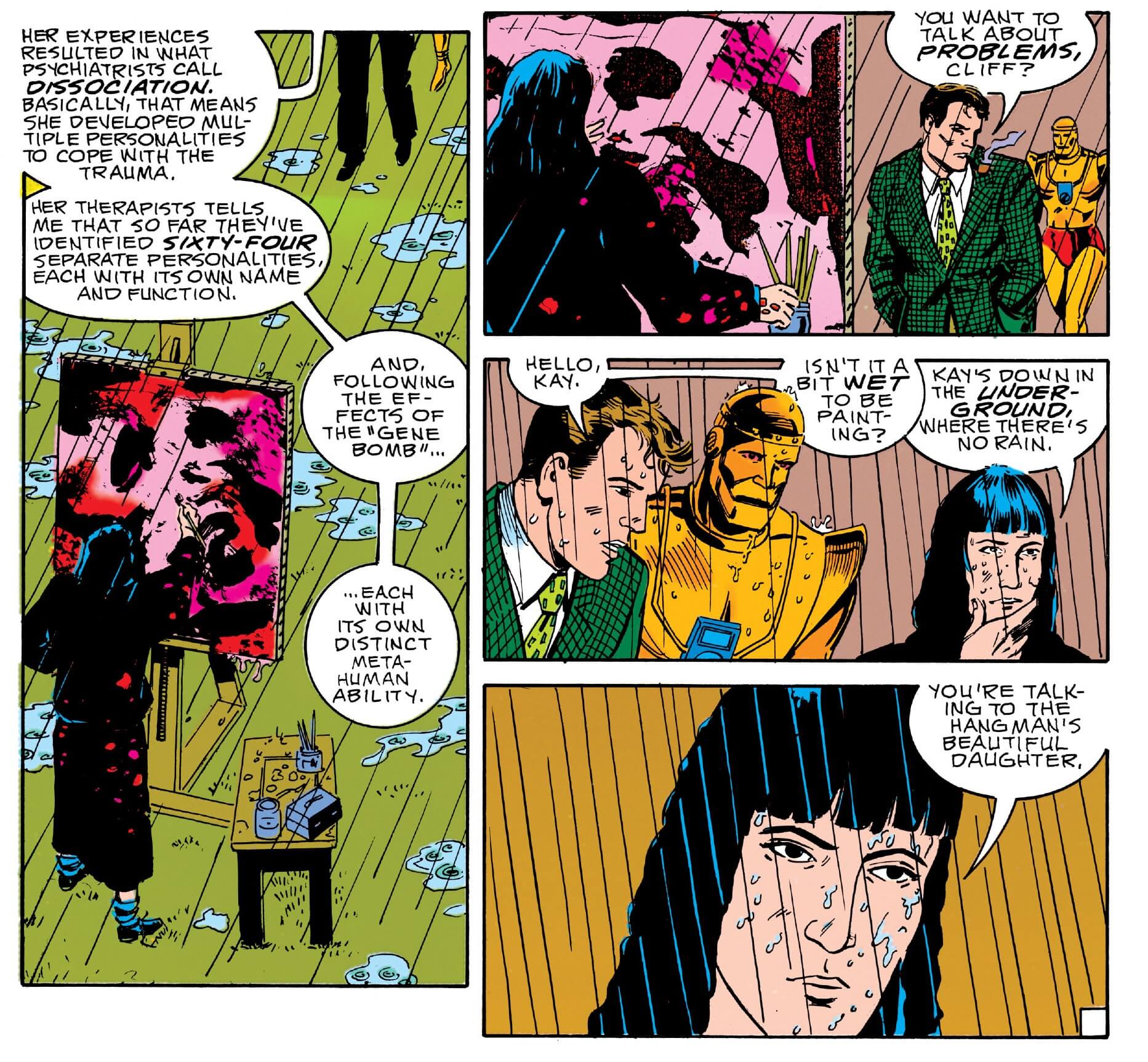 Jane’s mysterious backstory was explored further this week, giving us a glimpse of when she got her powers, and the time she spent institutionalized. It appears that the television version of Jane obtained her super powers through some sort of injection, which differs from her comic counterpart. In the comics, Jane’s personalities manifested their abilities after an alien race known as the Dominators dropped the Gene Bomb. The Gene Bomb was meant to negate the metagene of everyone on Earth, but it wound up enhancing it; in addition to giving ordinary civilians super powers. In Jane’s case, it gave each of her different personalities their own unique ability!

Both the comic Jane and the TV Jane spent time in a mental institution. In fact, that’s where Cliff (and the readers) met her for the first time in 1989's Doom Patrol #19 (written by Grant Morrison and penciled by Richard Case). Luckily, the sanitarium doctors were a bit friendlier in the comics!

The Cult of Dr. Harrison 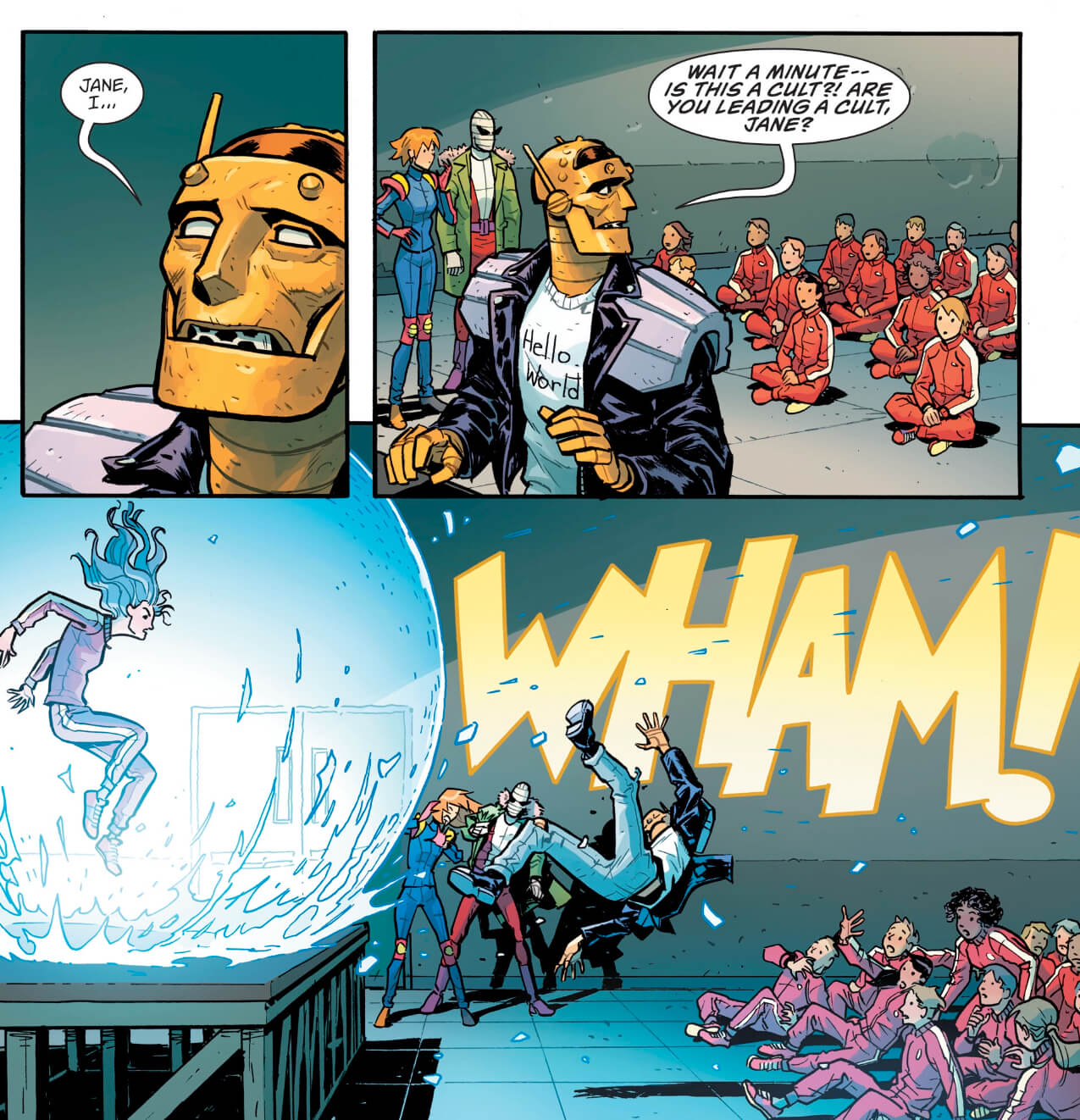 "Paw Patrol" also revealed another one of Jane’s 64 personalities, and she seems to have quite the persuasive tongue. The Doom Patrol first met Dr. Harrison in 2017's Doom Patrol #6 (written by Gerard Way, penciled by Brandon Bird and Nick Derington) -- when they found Jane leading a cult. Apparently, starting cults is Dr. Harrison’s talent in both comics and TV. Harrison wanted to be Jane’s only personality, so her plan was to modify the Gene Bomb and use it to transfer the other 63 personalities into the cult members…before killing them! (Remember the part this week’s episode where Mr. Nobody mentioned that Dr. Harrison was insane?) Luckily, the Doom Patrol were able to stop Dr. Harrison, and Jane’s more friendly personalities were saved! 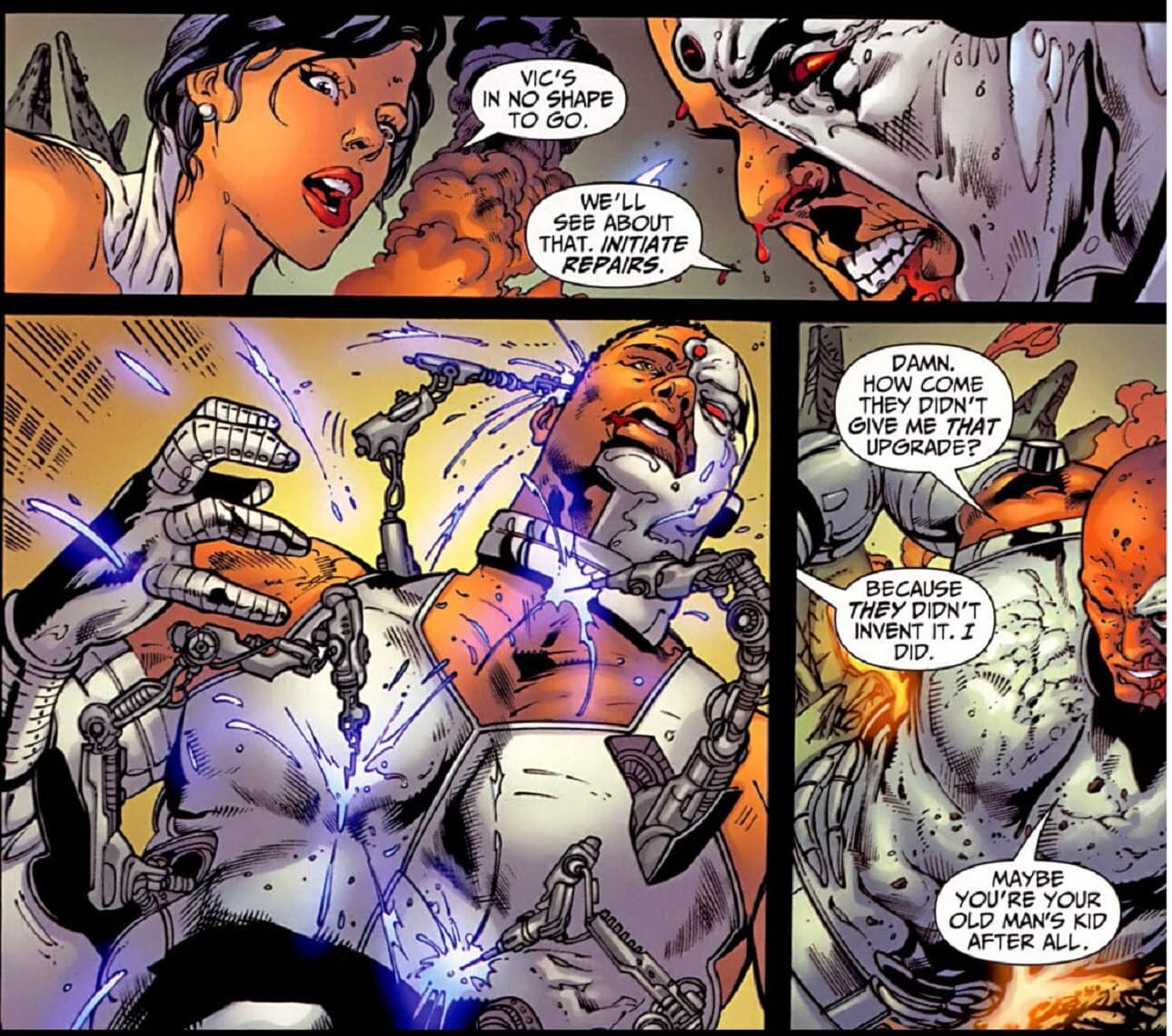 Poor Victor Stone found himself pretty banged-up this week, and reluctant to use his nanotech abilities to regenerate. That’s a shame, because it’s a handy feature to have -- as Cyborg demonstrated when he showed it off for the first time in 2008's DC Special: Cyborg #4 (written by Mark Stable and penciled by Carlos Magno). Victor is no dummy when it comes to machines, and he was able to add this regenerating feature himself. Later versions of Cyborg’s origin would tie him to Apokoliptian technology, giving him natural nanotech regeneration.

The circumstances behind the destruction of Nurnheim were a bit different in the comics (see Doom Patrol #33), but this episode used very similar visuals. For example, it started with someone ringing a bell… 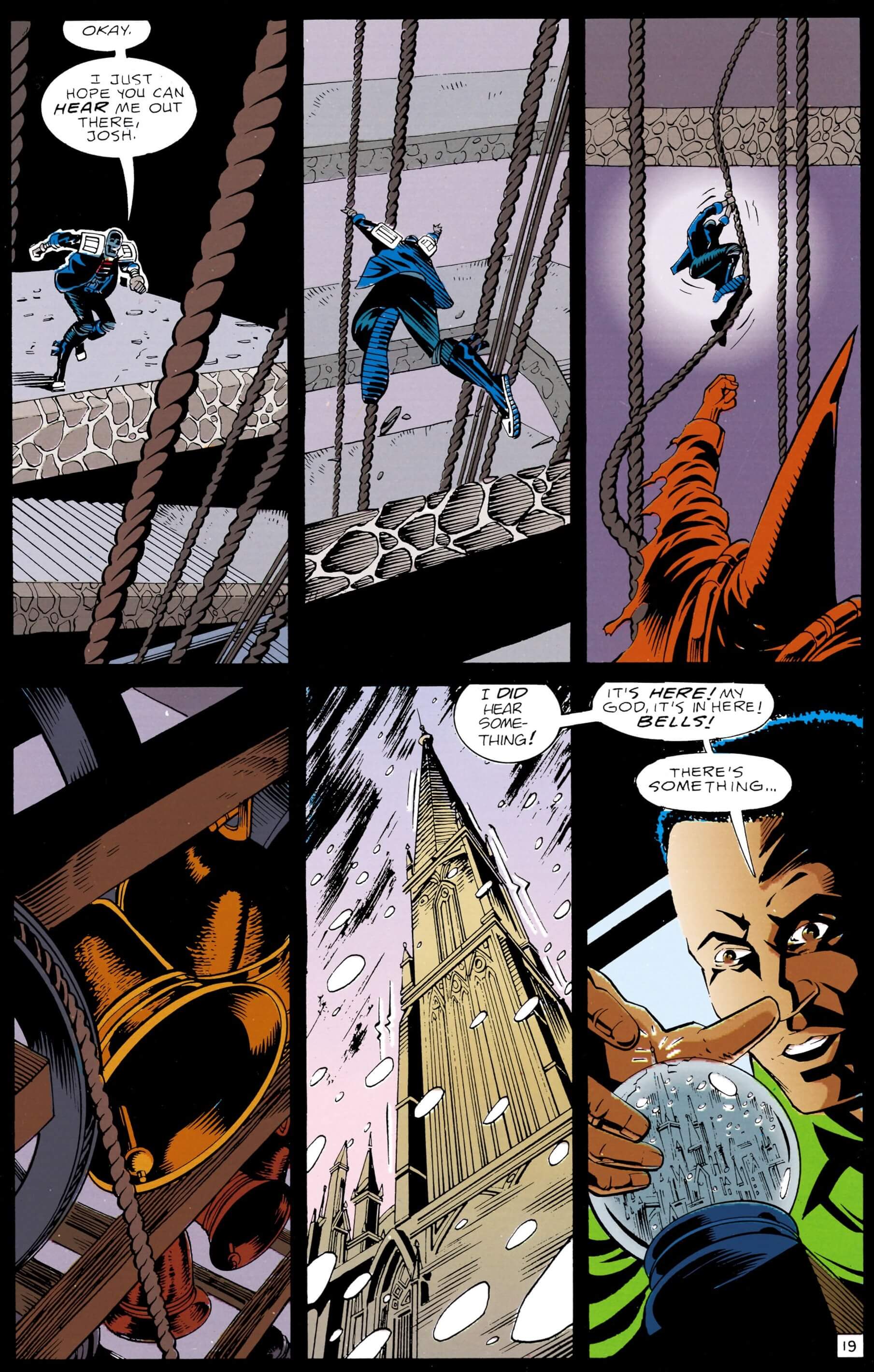 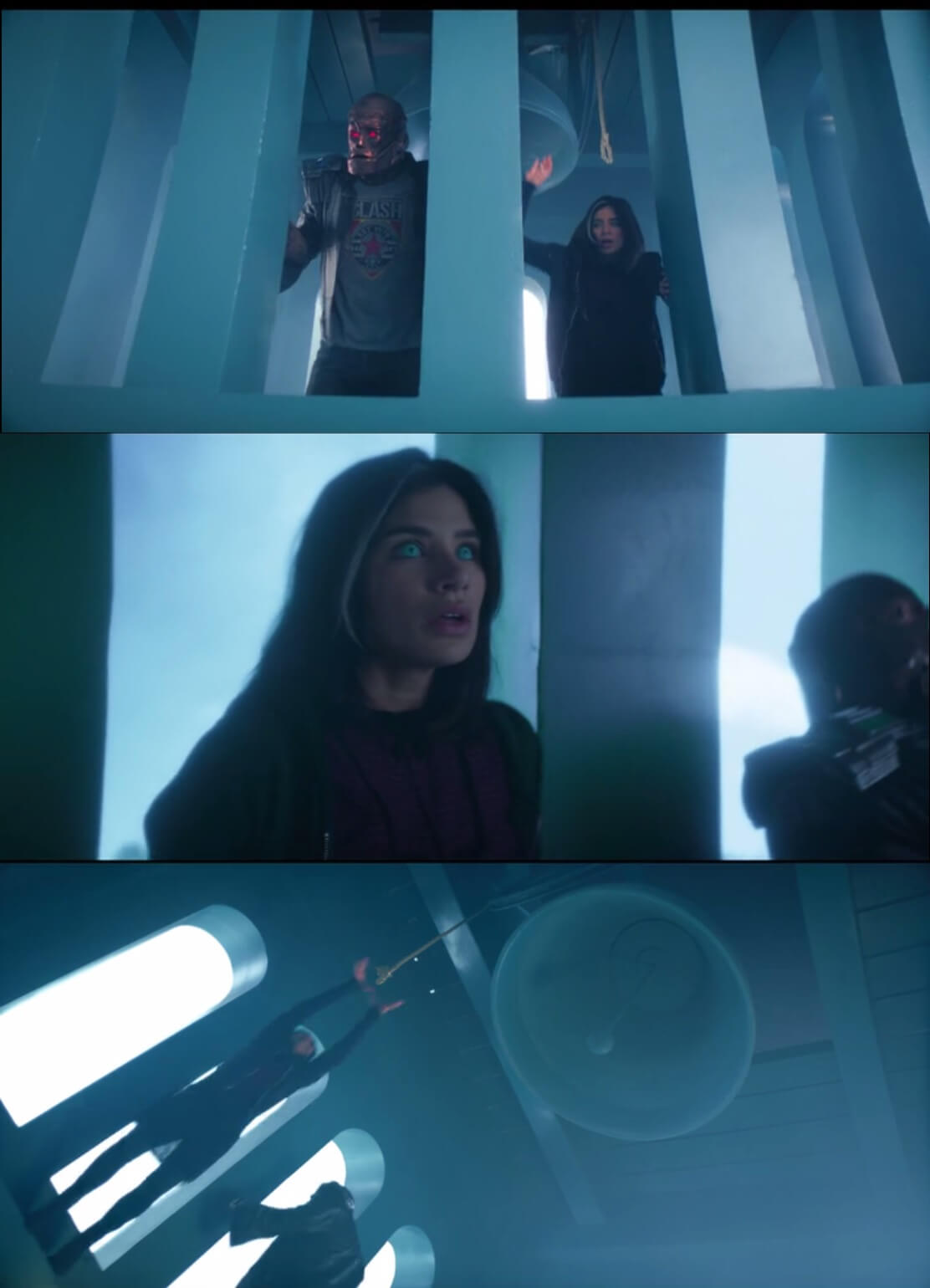 ...followed by the snow globe shattering… 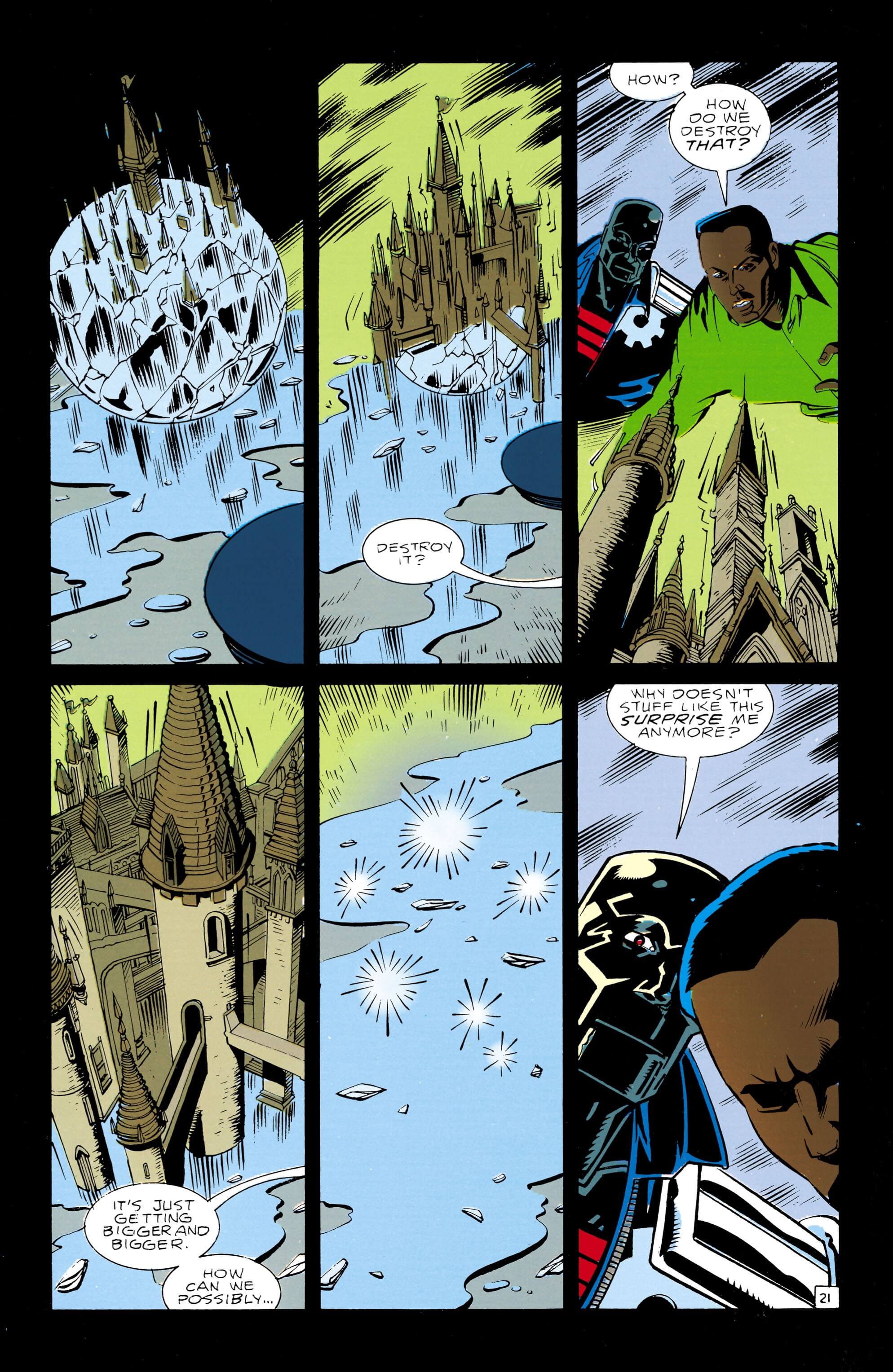 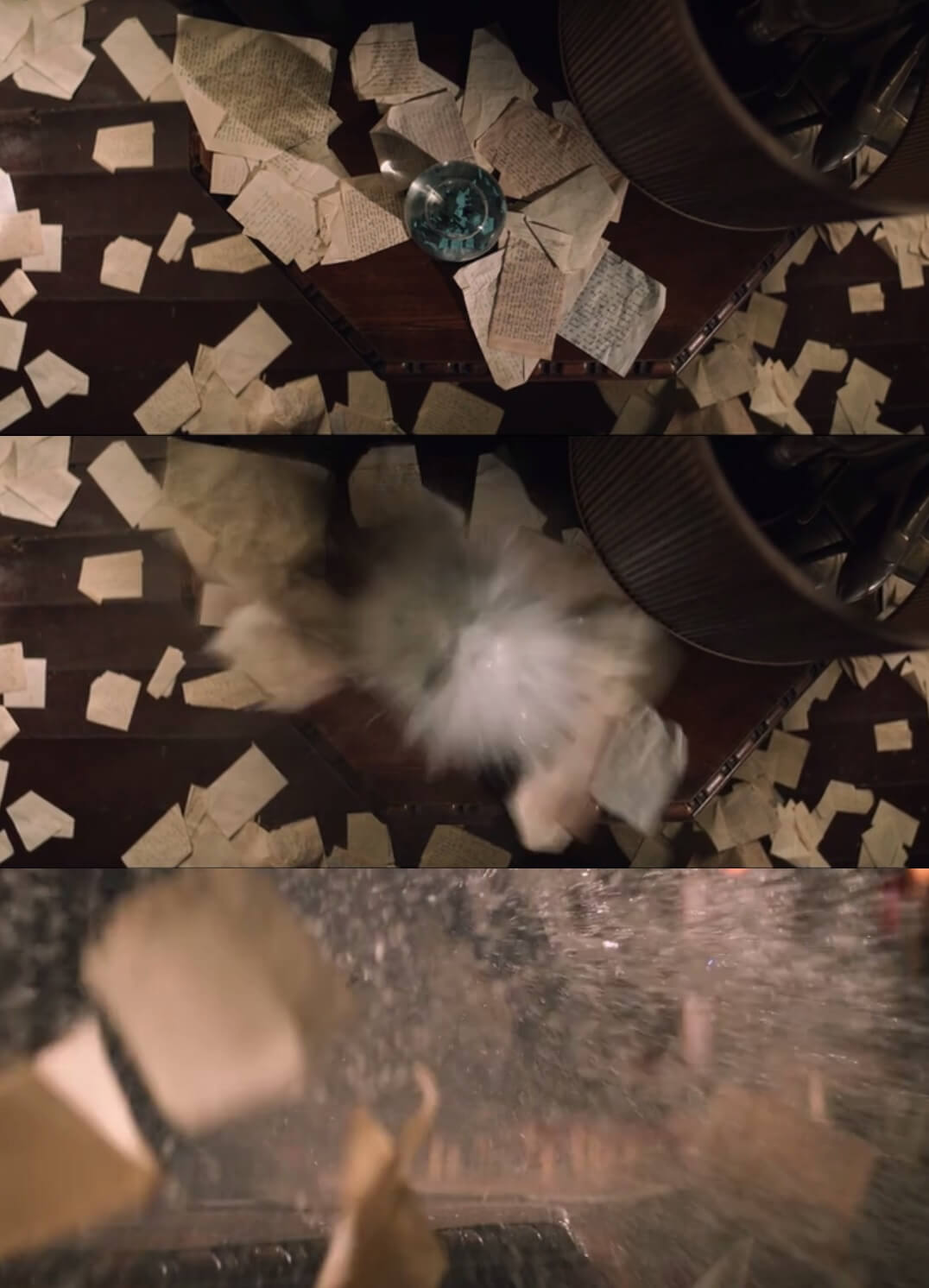 In the comics, Cliff rings the bell to signal his teammate Joshua Clay, while in the show Jane did it to summon the Recreator. Either way, both bells resulted in one shattered snow globe, and left Nurnheim destroyed. While the details may be different, it’s pretty cool how the showrunners were able to adapt that moment from panel to screen.

If you’d like to compare this episode to the comics further, check out Grant Morrison and Richard Case’s 3-part saga “The Cult of the Unwritten Book”, which ran in Doom Patrol #31, #32 and #33. It’s a great way to pass the time while we wait for next week’s episode “Doom Patrol Patrol”!