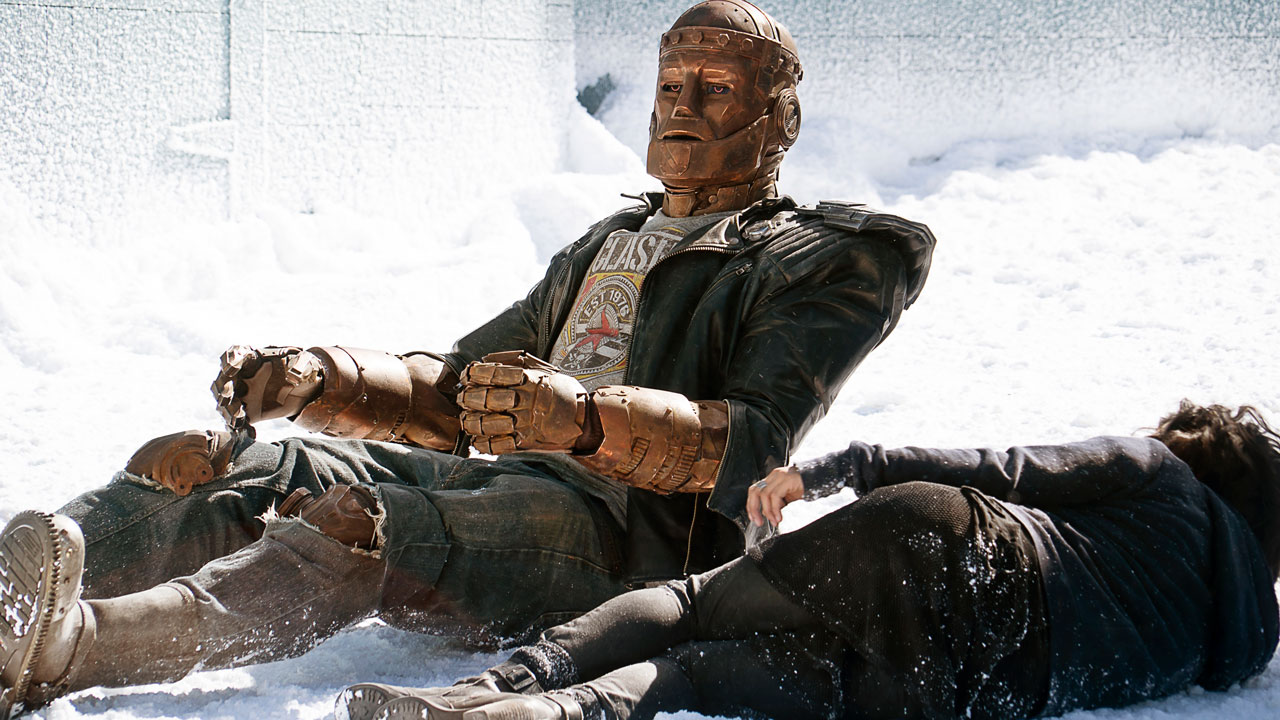 All the Easter Eggs in DOOM PATROL Episode 4: “Cult Patrol”

DC Universe's Doom Patrol continues to get stranger with each new episode, and “Cult Patrol” was no exception. From oracle horses to a giant eye in the sky to Rita’s new talents, this one had it all! For more insight into the inspirations behind this week’s episode, let’s take a look at the Easter eggs sprinkled throughout our twisted tale... 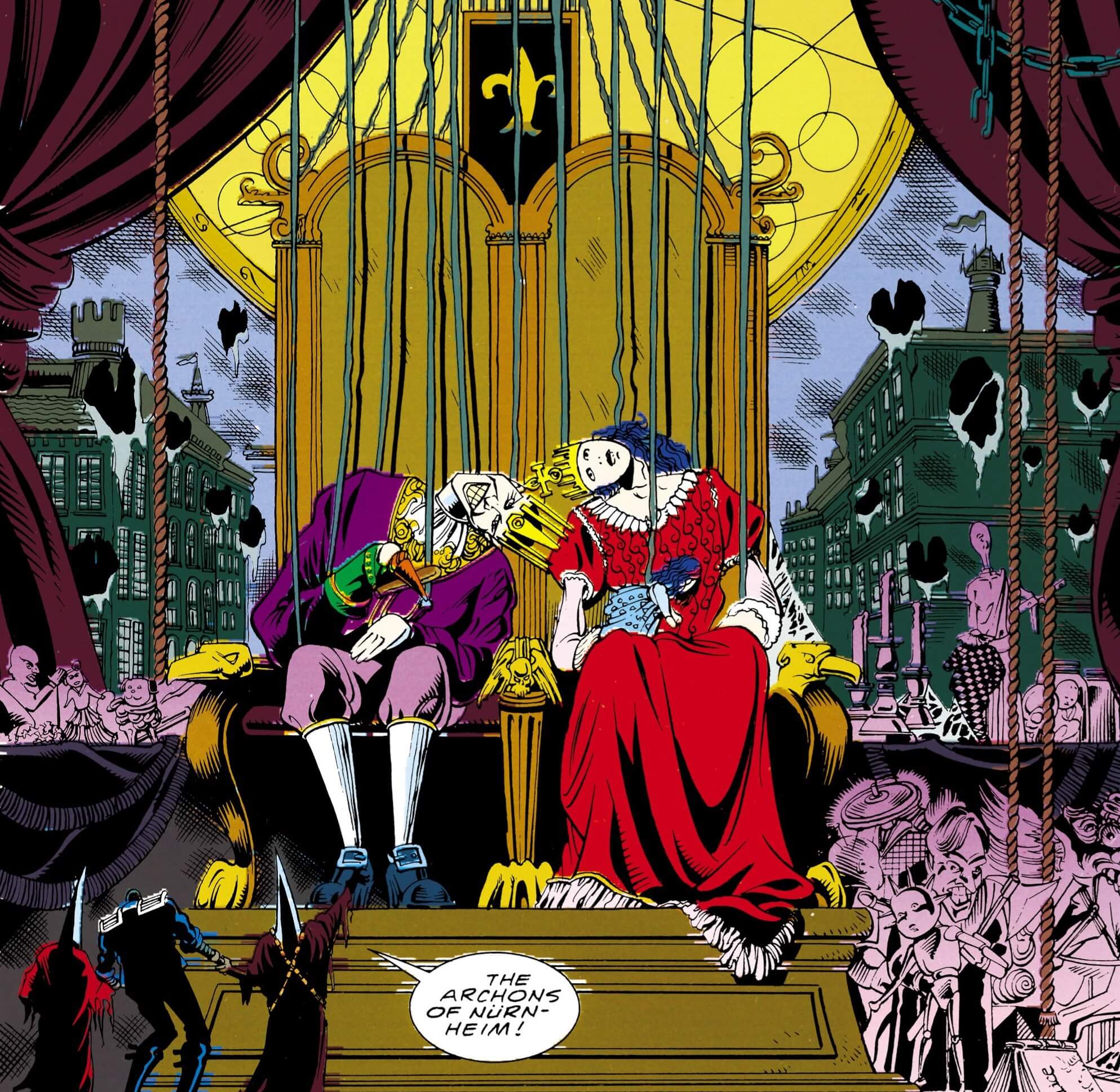 Many of the elements from this week’s episode came from the 3-part story arc “Cult of The Unwritten Book”, which began in 1990's Doom Patrol #31 (written by Grant Morrison and penciled by Richard Case). If you check out the comics, you might be surprised to learn how many of the scenes were directly adapted, like Kipling’s hotel room full of clocks and the singing horse head. There was even a scene where Baby Doll hugs Cliff before transforming into Jane and pulling away... The battle with the army made of letters never sent was another comics creation adapted for the screen. The episode brought the world of Nurnheim and its strange rulers to life in live-action, while adding a few unique twists. If you’re wondering how the Doom Patrol stopped the Decreator – well, they didn’t! Confused? Again, I suggest you check out the original comic. It’ll be interesting to see if the live-action Doom Patrol fares any better against the Decreator than their printed counterparts. 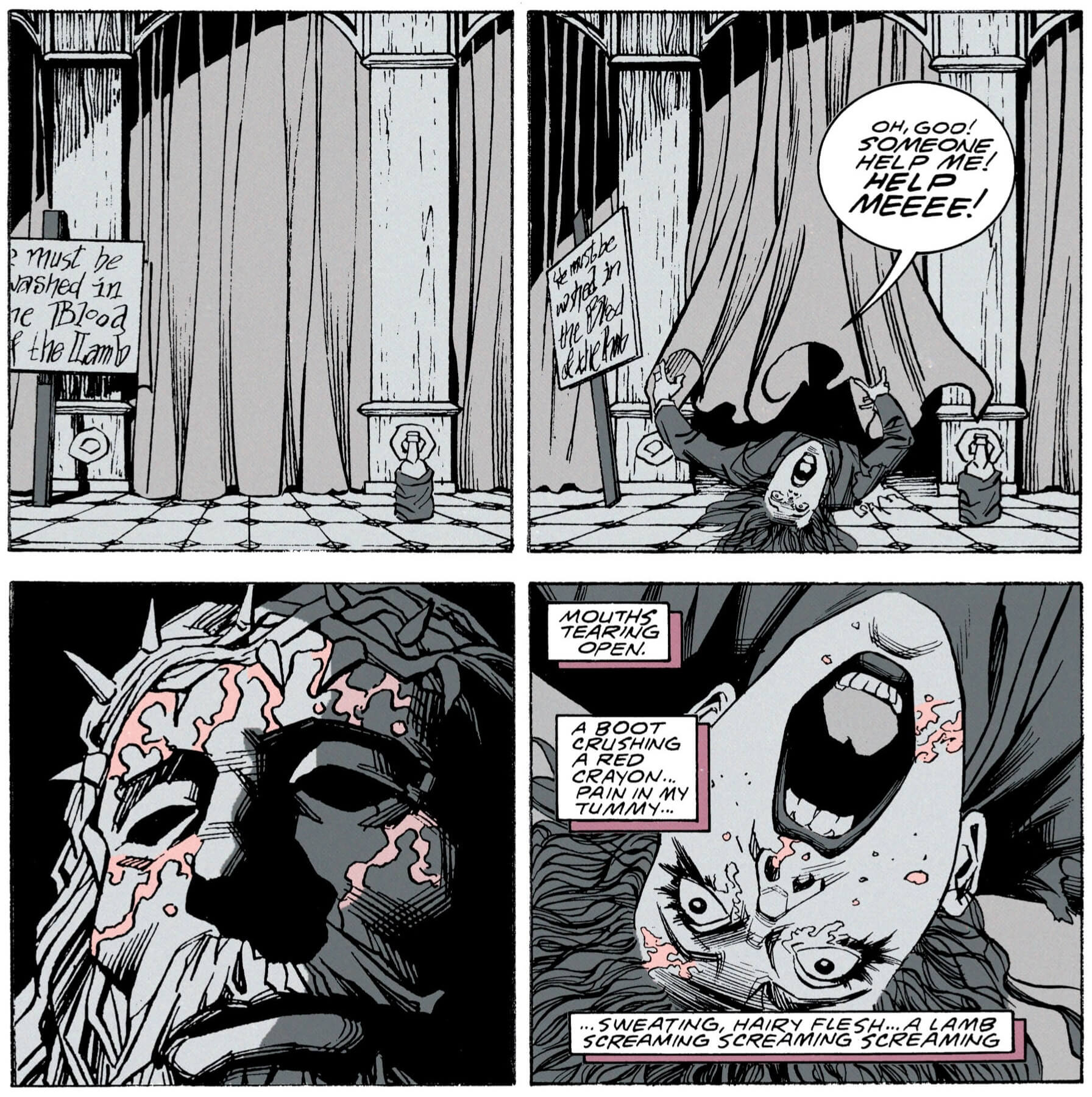 Some of you may have noticed that Hammerhead had a hostile reaction to being in the church. Cliff seemed just as confused as you might have been; but some clues to Hammerhead’s behavior can be found in 1992's Doom Patrol #55 (written by Grant Morrison and penciled by Richard Case). It turns out, Crazy Jane had once visited a church on Easter Sunday, when she was brutally assaulted. The experience “killed” a personality of hers named Miranda, and gave her a complex against churches. Of course the Doom Patrol television show hasn’t always followed the comics when it comes to origins – but this may be a big clue to unlocking the mysteries behind Crazy Jane’s bizarre behavior.

This week featured an interesting development for Rita when she finally took control of her condition and stretched out an arm to save Elliot. The moment was important because it saw Rita taking her first steps to becoming a hero (after Cyborg called her a coward). But there’s more to it than that -- viewers finally got to see Rita use her iconic stretching powers! In the comics, Rita also had this ability, and like her live-action counterpart, it didn’t manifest right away. In fact, when readers initially met Elasti-Girl, her only ability was to grow and shrink, but by 1965's Doom Patrol #94 (written by Arnold Drake and penciled by Bruno Premiani and Bob Brown), Rita discovered she could expand one part of her body at a time. The ability evolved until Rita was able to stretch, giving Plastic Man and Elongated Man a run for their money. 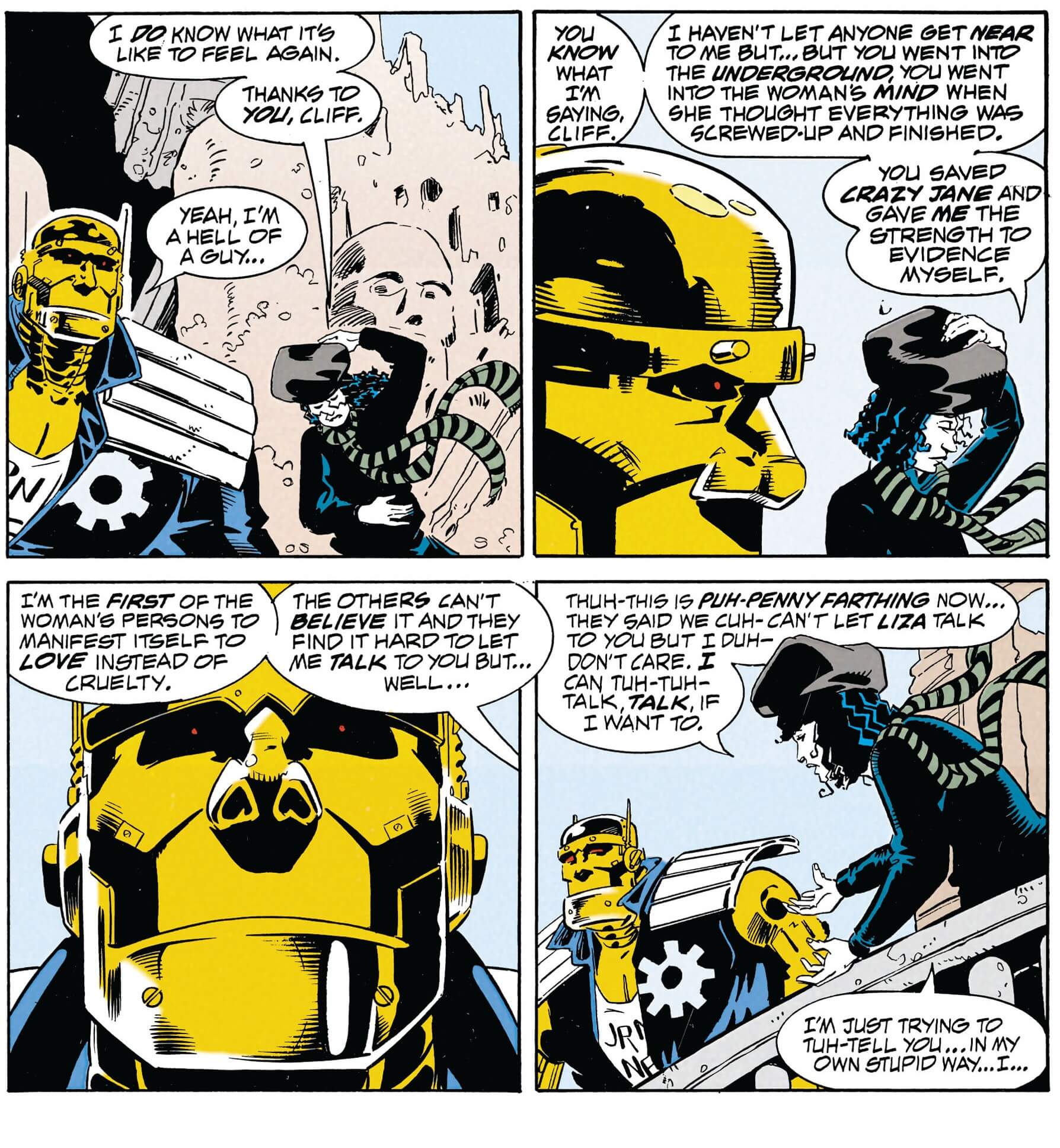 In this episode we met another one of Jane’s personalities. Like her comic counterpart, Penny Farthing seems to show up during the most inconvenient times. We got our first hints of Penny in episode 2, “Donkey Patrol”, when a traumatized Jane rapidly switched between personalities and one of them was a stuttering British girl. This week that stuttering personality got a name. Cliff first met Penny Farthing in 1991's Doom Patrol #46 (written by Grant Morrison and penciled by Richard Case), when she interrupted a tender moment between him and Jane. Unlike most of Jane’s other personalities, Penny is very shy, causing her to speak in a constant stutter. Since Jane was starting to fall for Cliff, her more tender personalities were beginning to take control. But before she could confess her feelings, Penny took over, representing her awkward shyness about the budding romance.