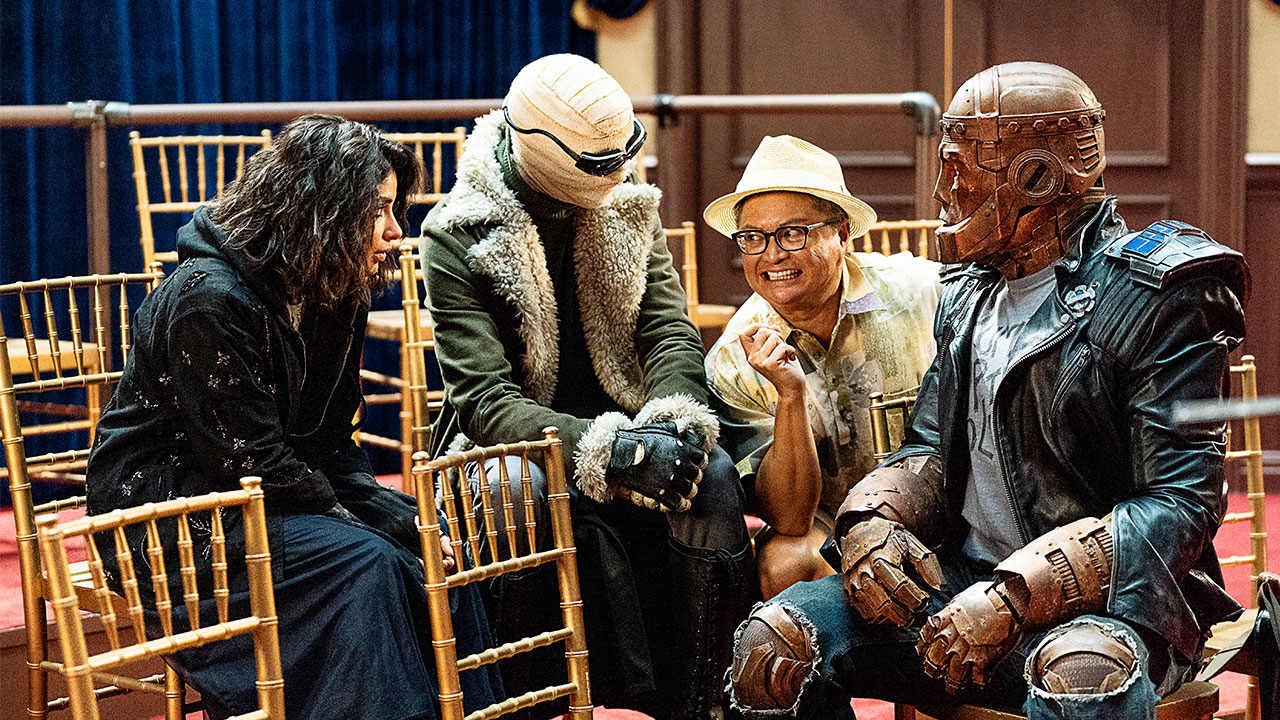 All the Easter Eggs in DOOM PATROL Episode 3: “Puppet Patrol”

Embrace the strangeness! Doom Patrol’s third episode “Puppet Patrol” continued the series' nascent tradition of leaning into the freakier aspects of the comics that inspired it. Even the eye-popping creature at the end of this episode has its origins in the first Doom Patrol comic book! Let’s dive into this week's Easter eggs and references… 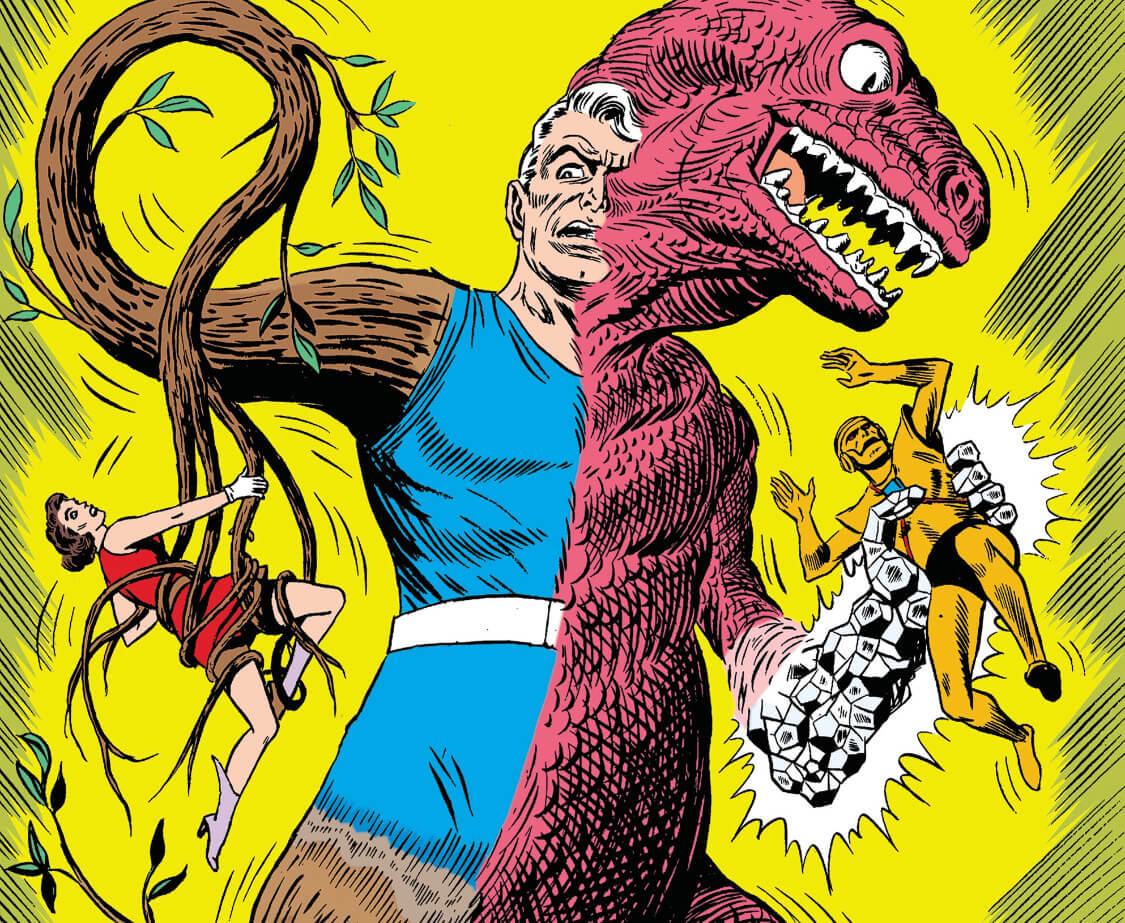 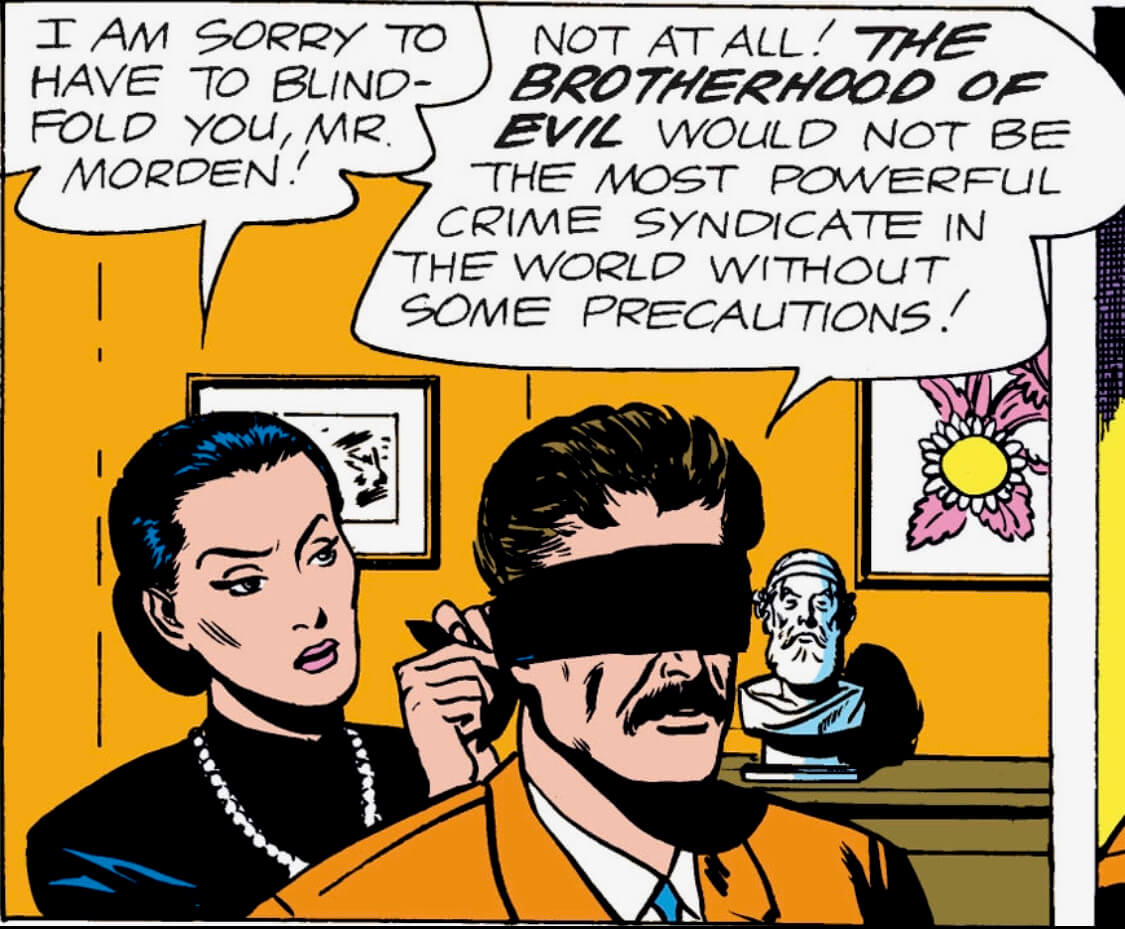 While looking through the Chief’s files, Cyborg learns that Mr. Nobody was once a member of a villainous group called the Brotherhood of Evil. The group first appeared in 1964's Doom Patrol #86 (written by Arnold Drake and Howard Purcell, penciled by Bruno Premiani and Howard Purcell) where they were assisted by their henchmen Eric Morden. Like his television counterpart, Eric became the surrealistic super-villain Mr. Nobody after leaving the Brotherhood. The Brotherhood of Evil has had a rotating membership over the years, and in 1968's Doom Patrol #121 (written by Arnold Drake and penciled by Bruno Premiani), they actually succeeding in destroying the Doom Patrol! (Though the team was revived years later.) Let’s hope Cliff and the others are careful this season if the Brotherhood show up! 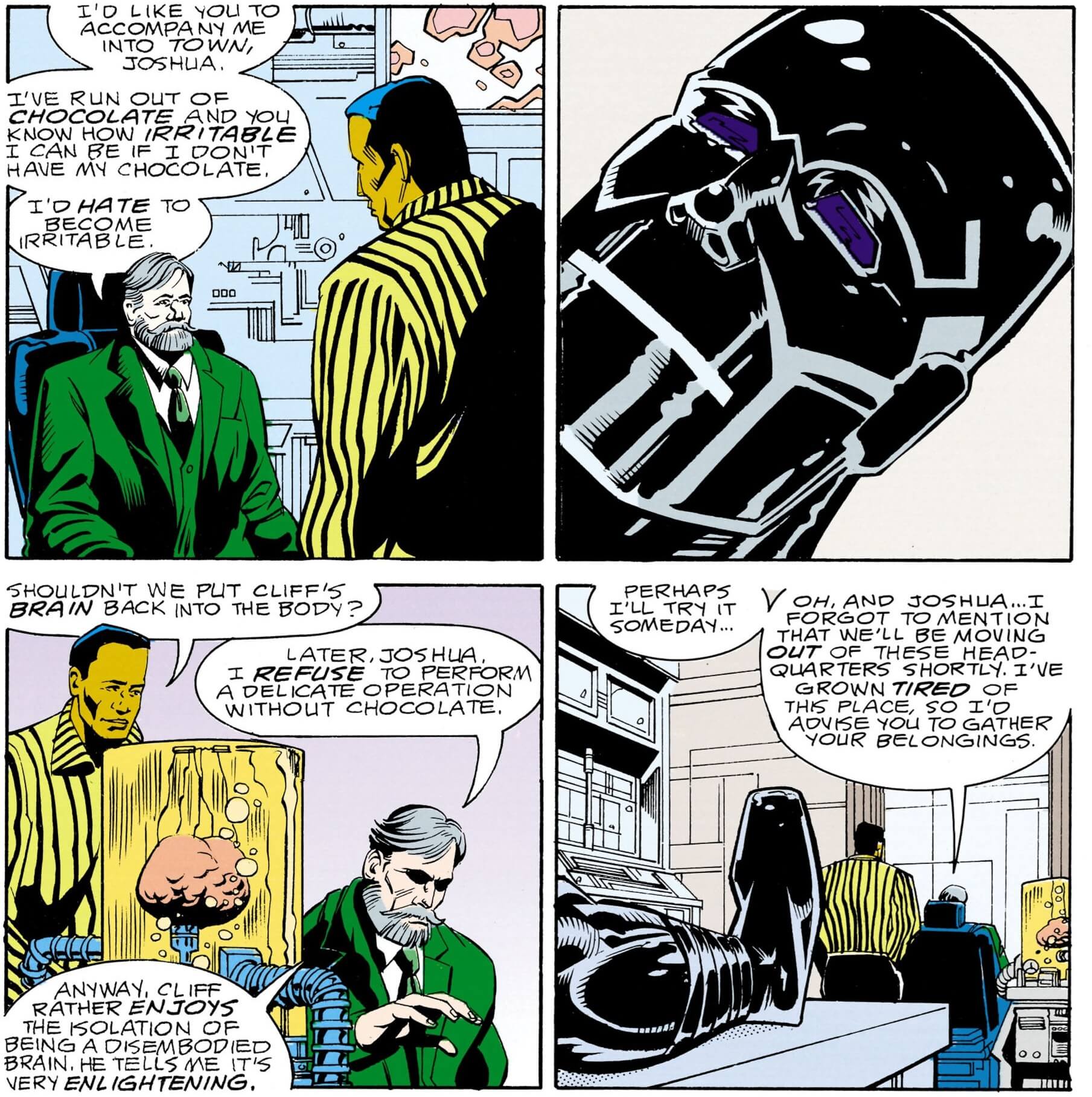 This week, the team discovered the Chief’s biggest shame….his chocolate addiction! When writer Grant Morrison and penciler Richard Case began their epic run with 1989's Doom Patrol #19, Niles would occasionally be shown eating a chocolate bar while speaking to the team. At first it was just a visual gag, but by 1990's Doom Patrol #34, the Chief refused to finish operating on Cliff’s body until he had more chocolate. The Chief’s chocolate addiction has since become one of his defining characteristics. 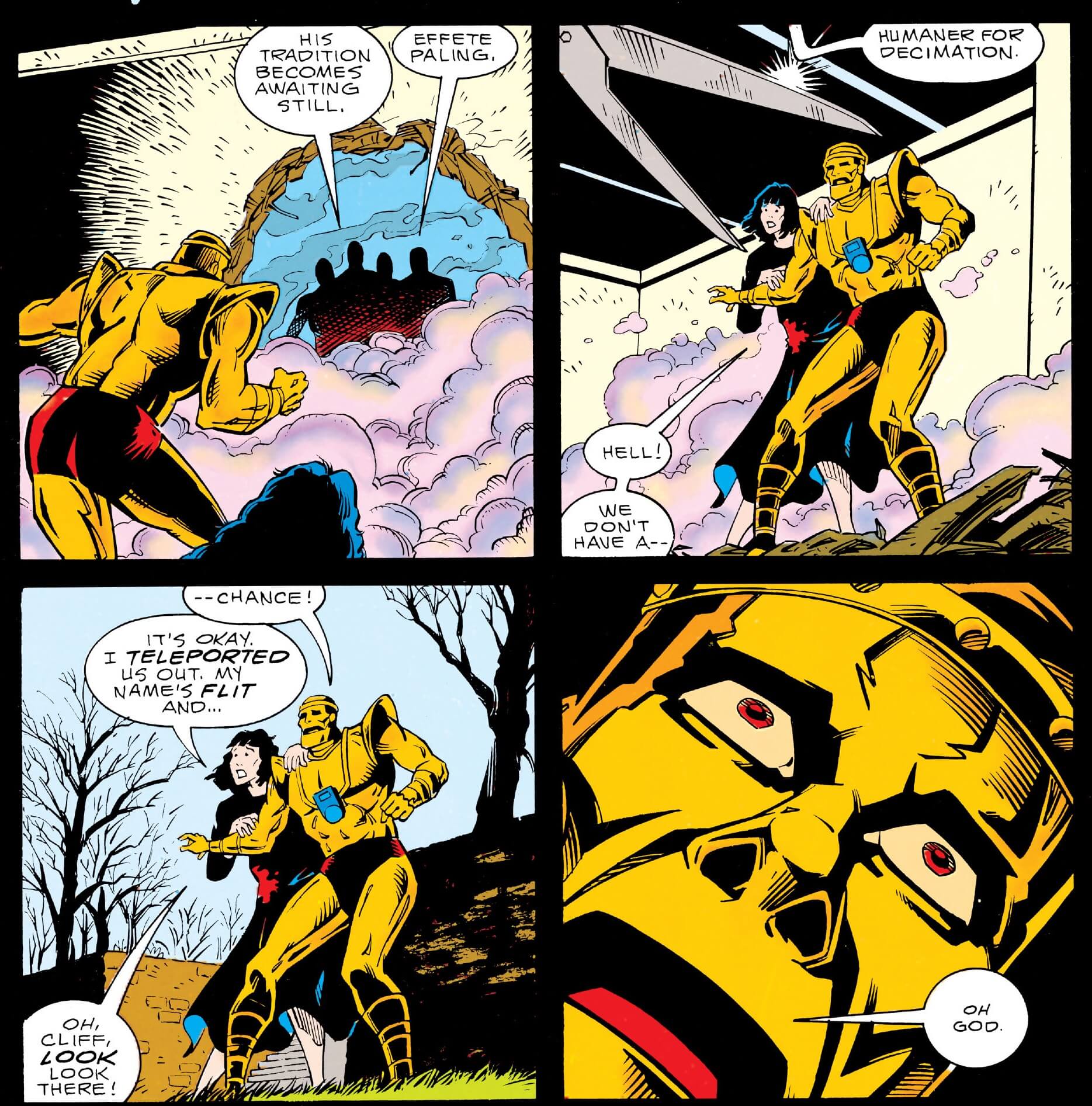 Since Crazy Jane has 64 different personalities, we won’t stop meeting new ones anytime soon. We saw some hints of Flit last week, before formally meeting her in this episode. Introduced in 1989's Doom Patrol #20 (written by Grant Morrison and penciled by Richard Case), Flit has the power of teleportation, which comes in handy -- when she chooses to come out and use it. 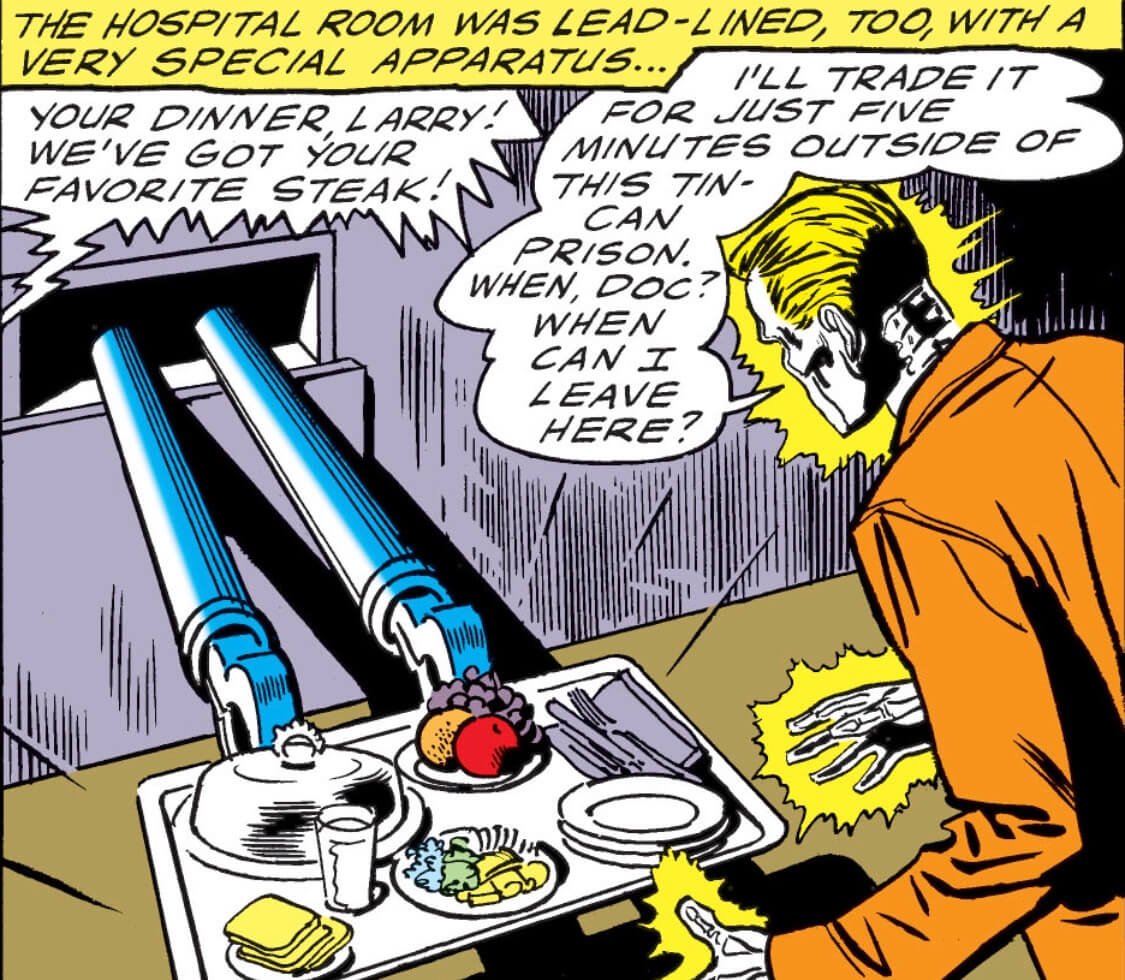 This episode gave viewers a glimpse of what life was like for Larry after he first fused with the Negative Spirit. His military quarantine cell was similar to what readers saw back in 1966's Doom Patrol #106 (written by Arnold Drake and Jack Schiff, penciled by Bruno Premiani and Morris Waldinger). Like his television counterpart, Larry sent his visiting loved ones away, except it was his mother instead of a boyfriend.

A Cure for Negative Man? 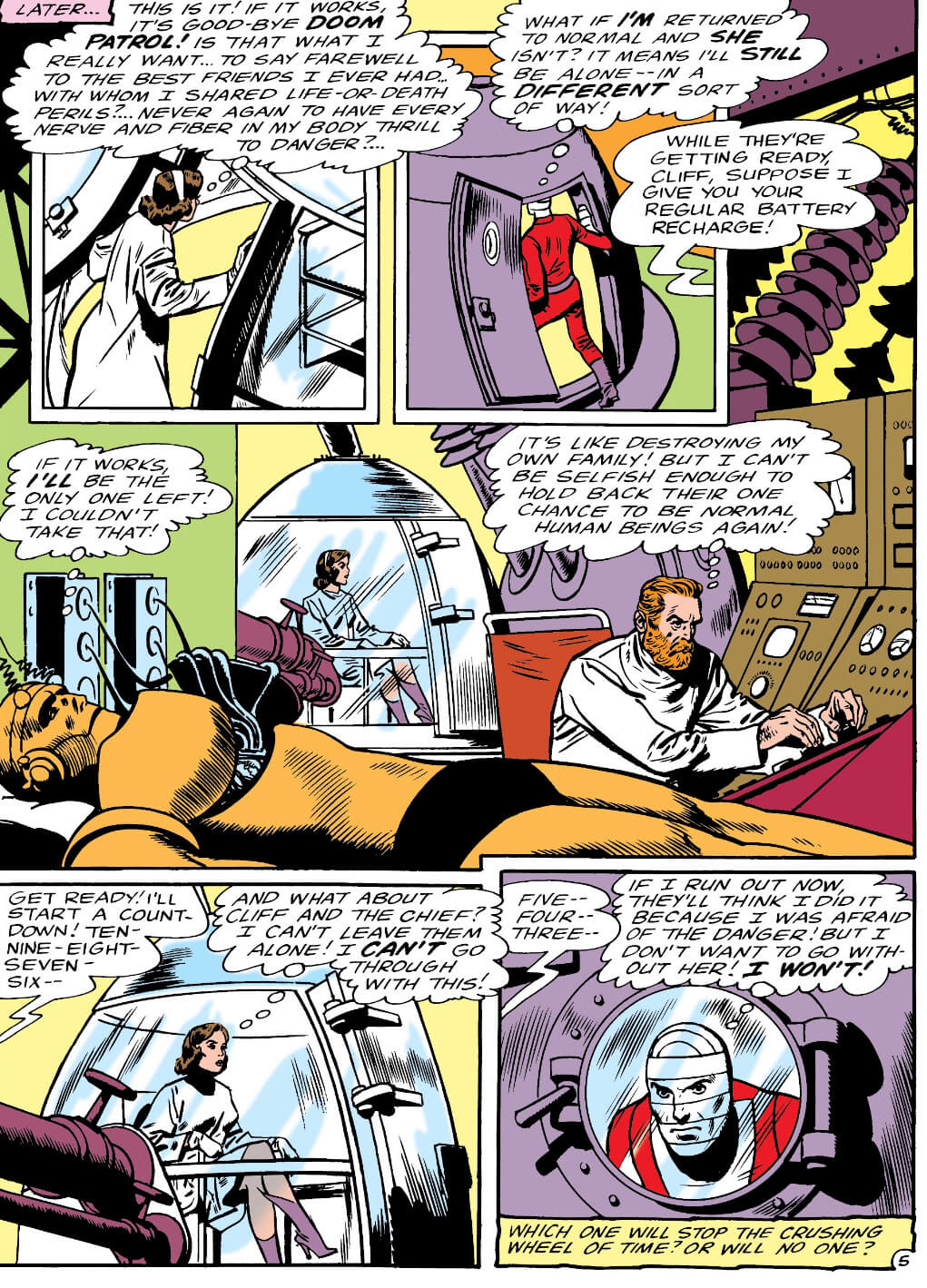 The machine that Larry stepped into while visiting Fuchtopia was similar to one the Chief built for him in 1965's Doom Patrol #95 (written by Arnold Drake and penciled by Bruno Premiani). In both cases, the machine was used in an attempt to separate Larry from the Negative Spirit, and in both cases it failed. In the comics, Cliff didn’t want to be the only freak left, so he sabotaged the machine, which temporarily swapped Larry and Rita’s powers. Needless to say, this incovenience the Doom Patrol when they had to battle Animal-Vegetable-Mineral Man later that issue... See? It all ties together! 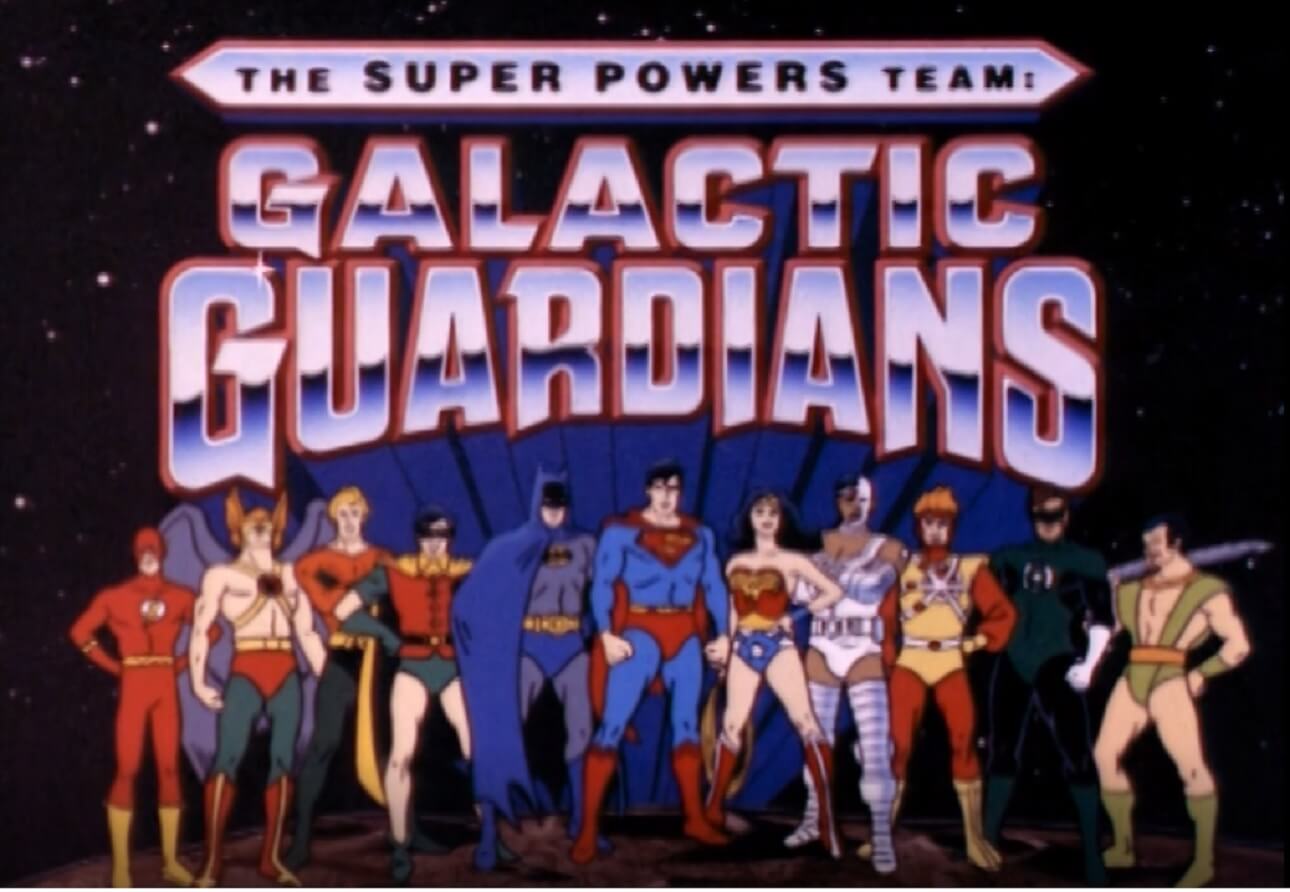 While trying to fix the Doom Patrol’s caravan, Cyborg runs into an overeager fan who exclaims “Super Friends!” as he takes a selfie. While the phrase may seem like just a goofy expression, Super Friends was actually a cartoon featuring the Justice League that ran for 9 seasons (watch the entire Super Friends series here). Cyborg became a regular cast member in its final season, first appearing on screen in the episode “Seeds of Doom”.

We got a direct reference to Batman this episode, and Cyborg claimed that he hasn’t met the Caped Crusader yet. If this version of Cyborg is ever introduced to the Dark Knight, let’s hope their first meeting goes better than it did in the comics. Batman and Cyborg first met in 1980's New Teen Titans #4 (written by Marv Wolfman and penciled by George Perez), when the Justice League and Teen Titans had a scuffle. Victor introduced himself to the Dark Knight by choking him and throwing him across the room. Fortunately, they've gotten along much better in the years since, and today serve as teammates in the Justice League. 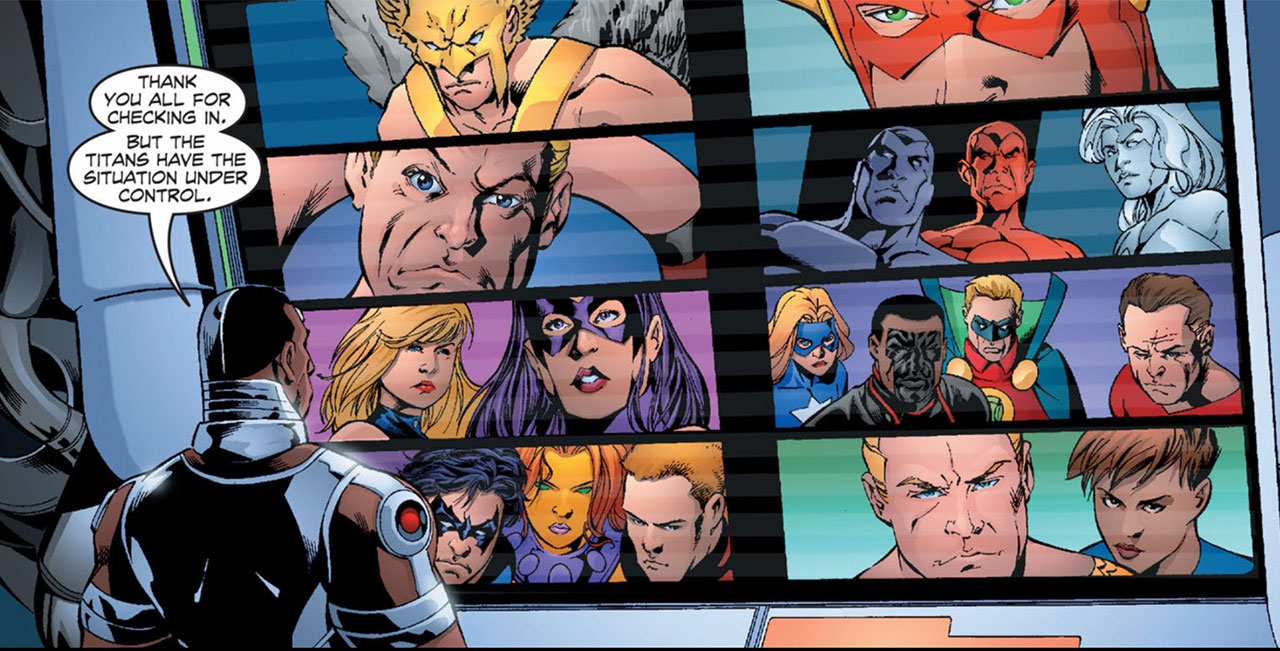 This week also had a reference to Aquaman. The King of the Seven Seas first teamed up with the Doom Patrol in 1988's Doom Patrol #17 (written by Paul Kupperberg and penciled by Graham Nolan). Although Aquaman was an admirer of Cyborg’s work with the Teen Titans (as revealed in 1985's New Teen Titans #6), the two heroes didn’t have a direct interaction until 2005's Teen Titans #21 (written by Geoff Johns and penciled by Michael McKone). Now Cyborg and Aquaman are Justice League teammates who work together to save the world on a regular basis.

Did you catch any Easter eggs we missed in "Puppet Patrol"? Let us know in our Community!