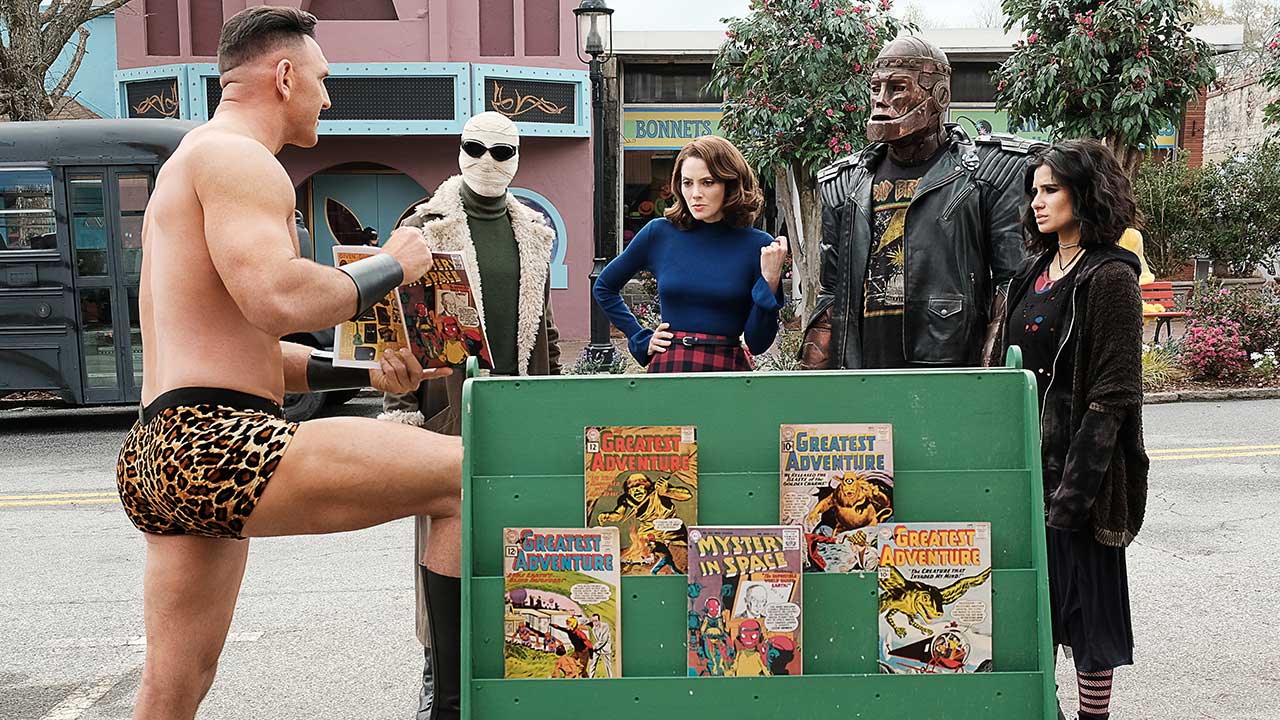 All the Easter Eggs in DOOM PATROL Episode 14: “Penultimate Patrol”

The search for the Chief brings our heroes face to face with the evil Mr. Nobody on this week's episode of DC Universe’s Doom Patrol. “Penultimate Patrol” features the return of Danny the Street, a gamechanging revelation, Flex giving the Doom Patrol a happy ending of sorts, and of course some deep-dive comic references. Let’s break down this week's Easter eggs… 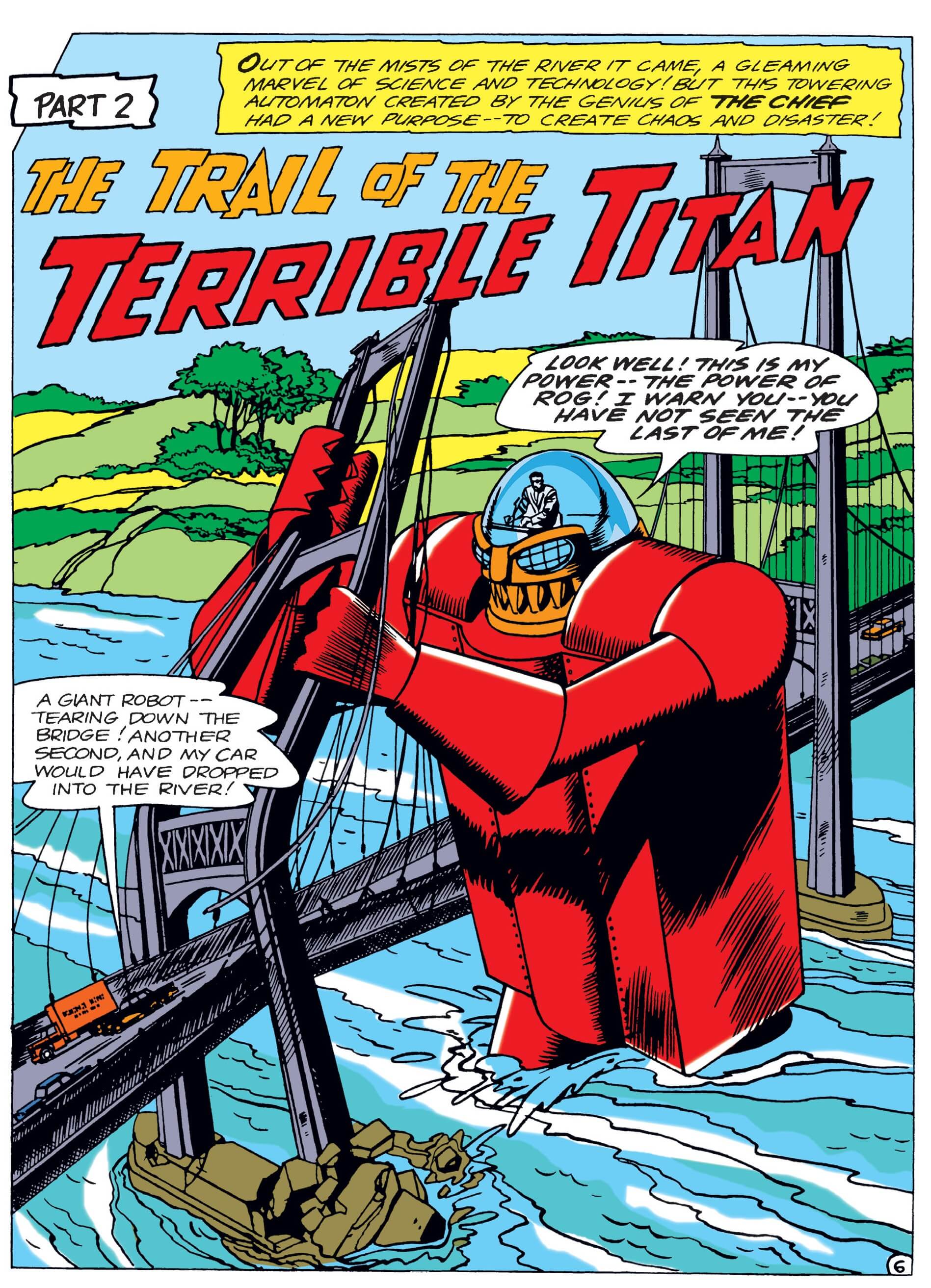 This week's episode began with Mr. Nobody getting dumped…. twice. That’s right folks, even super-villains know the pain of rejection. First, he was kicked out of the Brotherhood of Evil, then his girlfriend brushed him off. Before giving the pre-Nobody, AKA Eric Morden, the cold shoulder, his date mentioned his giant robot, and held up a miniature model of it. Thanks, to the power of Nobodyvision, we got to see the giant robot destroy the Doom Patrol dozens of times... That robot was first seen in 1964’s Doom Patrol #86 (written by Arnold Drake and Howard Purcell, penciled by Bruno Premiani and Howard Purcell) and was named Rog. He was piloted by Eric Morden, who had stolen the robot from Niles Caulder. This does raise a question -- was the screen version of Morden taking credit for Niles' work or did he actually build Rog himself? Either way, Rog proved quite effective as a Doom Patrol destroyer. 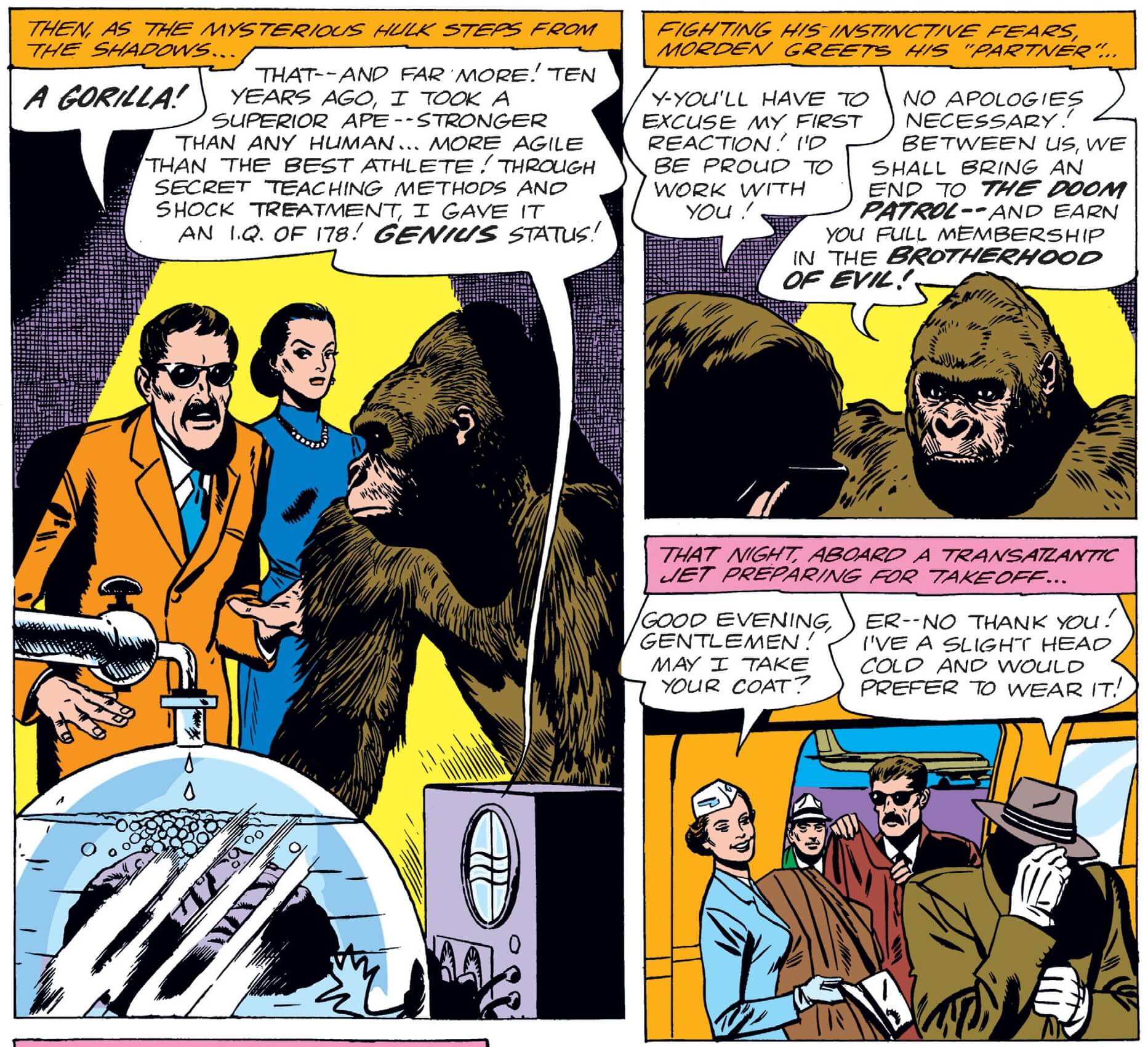 During Morden’s disastrous date, he told his girlfriend that the Brotherhood of Evil replaced him with a talking gorilla. That gorilla’s name is Monsieur Mallah, and he was first seen in 1964’s Doom Patrol #86. In the comics, Mallah wasn’t Morden’s replacement, he was one of the members to initially welcome him into the group. Either way, Morden’s tenure in the Brotherhood didn’t last long, while Mallah thrived. For a deep and compelling look at the partnership between Mallah and the love of his life, the Brain, check out 1990’s Doom Patrol #34 (written by Grant Morrison and penciled by Richard Case). 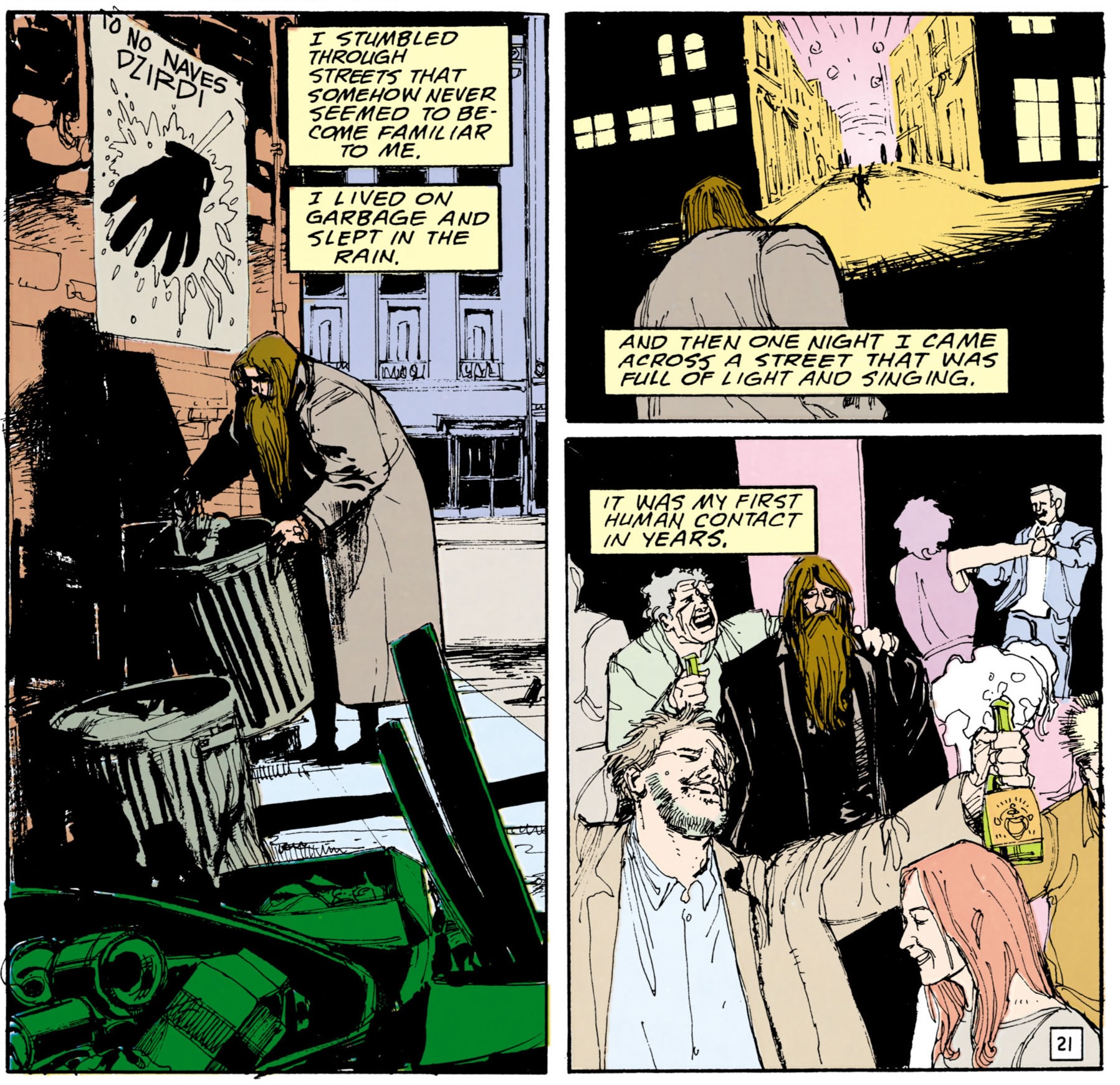 This episode saw a heartwarming reunion between Flex Mentallo and Danny the Street, which surprised the Doom Patrol, who were unaware the two knew each other. In the comics, the Doom Patrol first met Flex on Danny the Street, but his shaggy appearance gave little hint of his muscular nature. Readers learned the story behind Flex and Danny’s friendship in 1991’s Doom Patrol #42 (written by Grant Morrison, penciled by Richard Case and Mike Dringenberg), through a series of flashbacks that revealed how Mentallo found his way onto the sentient thoroughfare. It turned out that, after he was imprisoned for an extended period of time, Danny's jovial vibes gave Flex his first real sense of comfort. Is it any wonder they were so happy to see each other? 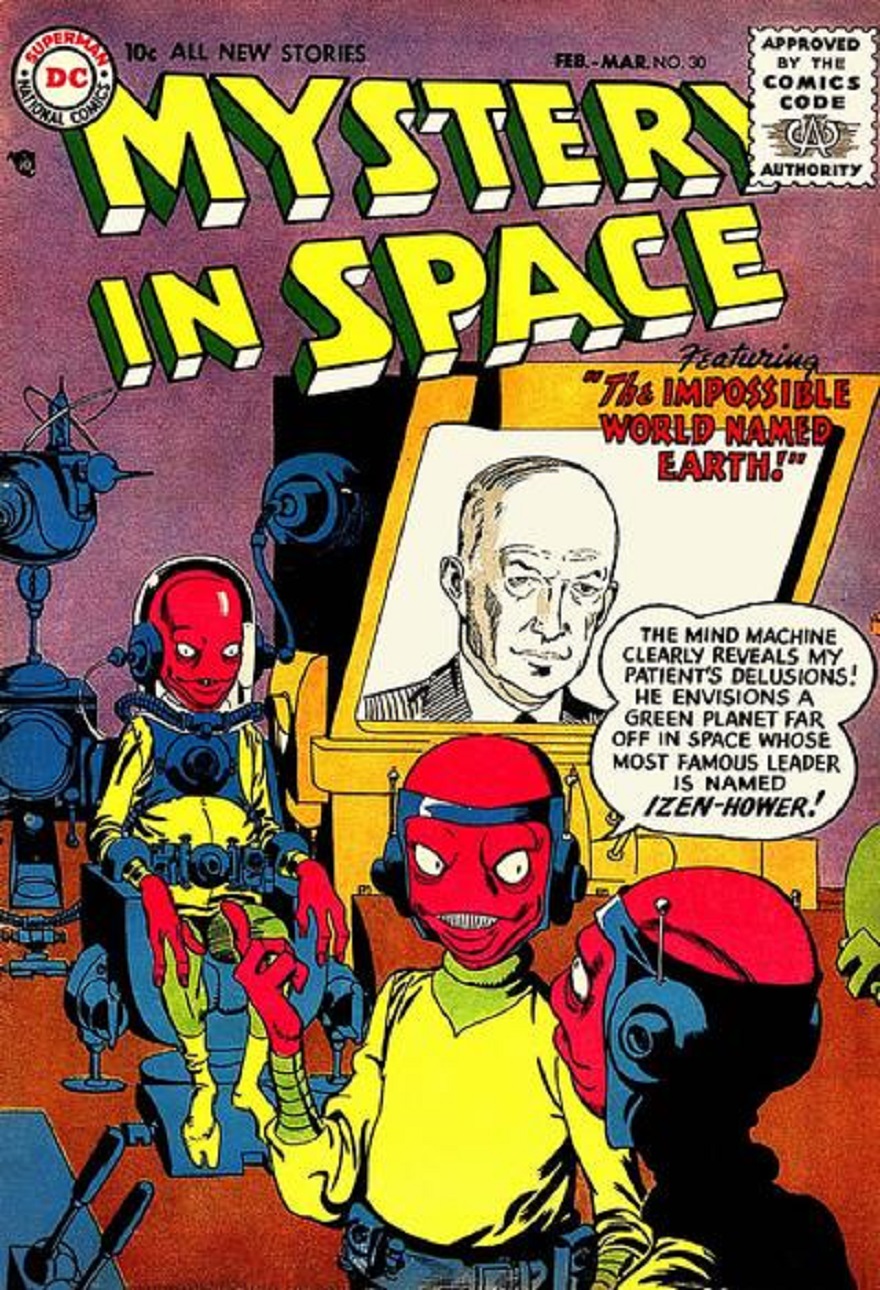 If you’re a vintage comic collector, you’d probably love living on Danny the Street. Last time the group was there he gave Victor an issue of My Greatest Adventure, and this time he had a whole rack full of Silver Age classics. Among these titles was Mystery in Space, DC’s science fiction anthology book that became home to Adam Strange. The title also briefly chronicled the adventures of Hawkman, the winged Justice Leaguer whom Cliff playfully mentioned later this episode. If you’re curious about which issue Flex transported the team inside, it was Mystery in Space #30, the cover of which featured Dwight D. Eisenhower. This issue also contained a Space Cabbie adventure. Space Cabbie (who first appeared on screen in the 2016 animated series Justice League Action) is exactly what he sounds like -- an Uber driver in space. Is is too much to hope for a Space Cabbie cameo in Doom Patrol one day? 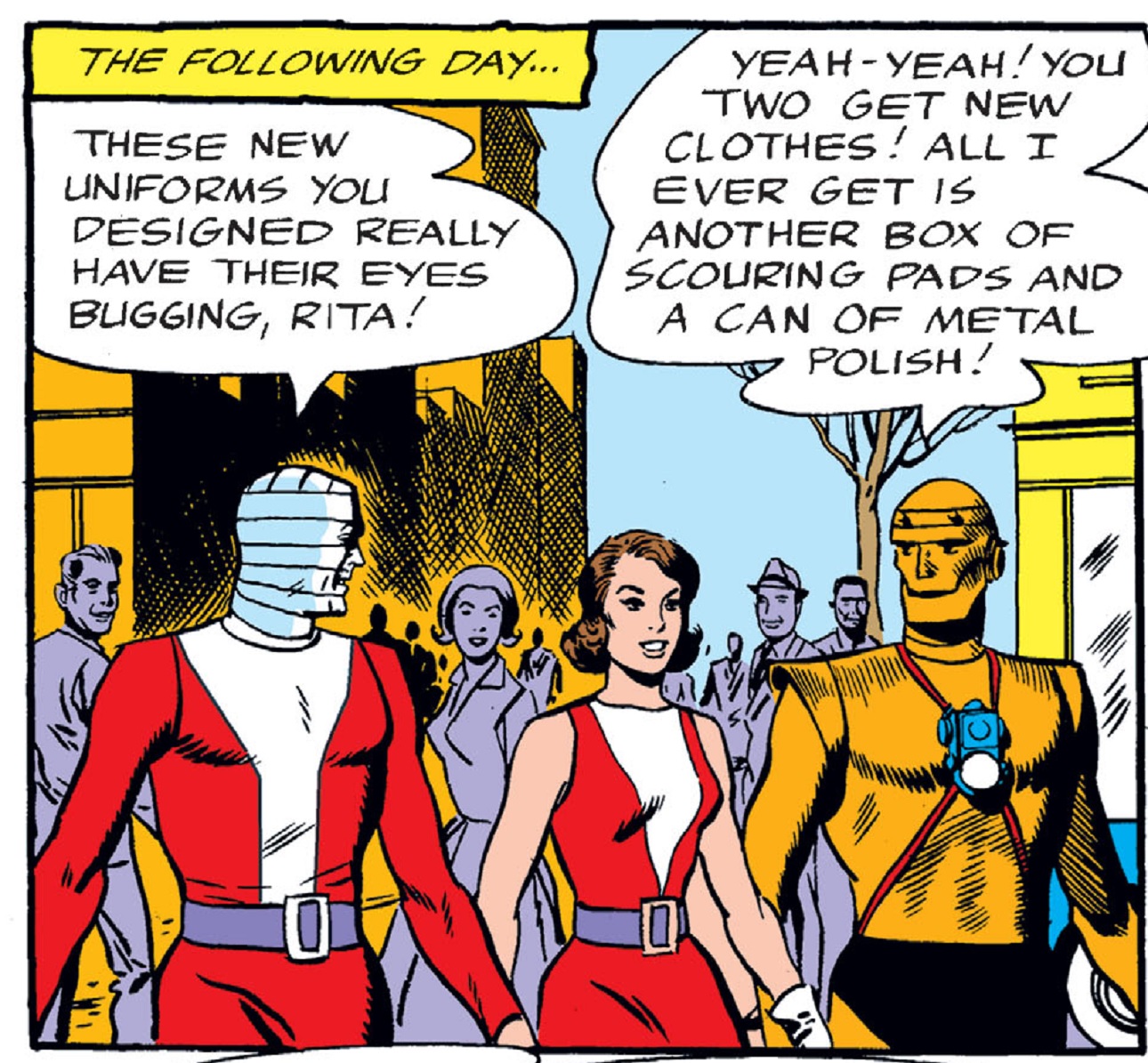 In Mr. Nobody’s mind-bending dreamscape, viewers got to see the Doom Patrol gather for a team meeting. Rita, who'd thrown herself into her superheroine role, arrived ten minutes early, complete with her own team uniform. It makes sense that Rita was the first person to sport the classic Doom Patrol outfit, since she herself designed it -- in 1964’s Doom Patrol #89 (written by Arnold Drake and penciled by Bruno Premiani). Later versions of the team abandoned the red-and-white look, but Beast Boy continued wearing it for decades as a tribute to his adopted mother Rita Farr. The outfits were also a favorite of the Chief, who tried getting the group to wear them once more in 2017’s Doom Patrol #7 (written by Gerard Way, penciled by Michael Allred and Nick Derington). But the move weirded the team out, and they soon discarded the classic uniforms in favor of their more casual attire... This isn’t the first time the Doom Patrol’s classic uniforms have been referenced in live action -- Beast Boy was seen wearing a variation of it in Titans episode 3 “Origins” and Rita herself wore a version of it in Titans episode 4 "Doom Patrol".

Did you find any Easter eggs that we missed this week? Let us know in our Community!