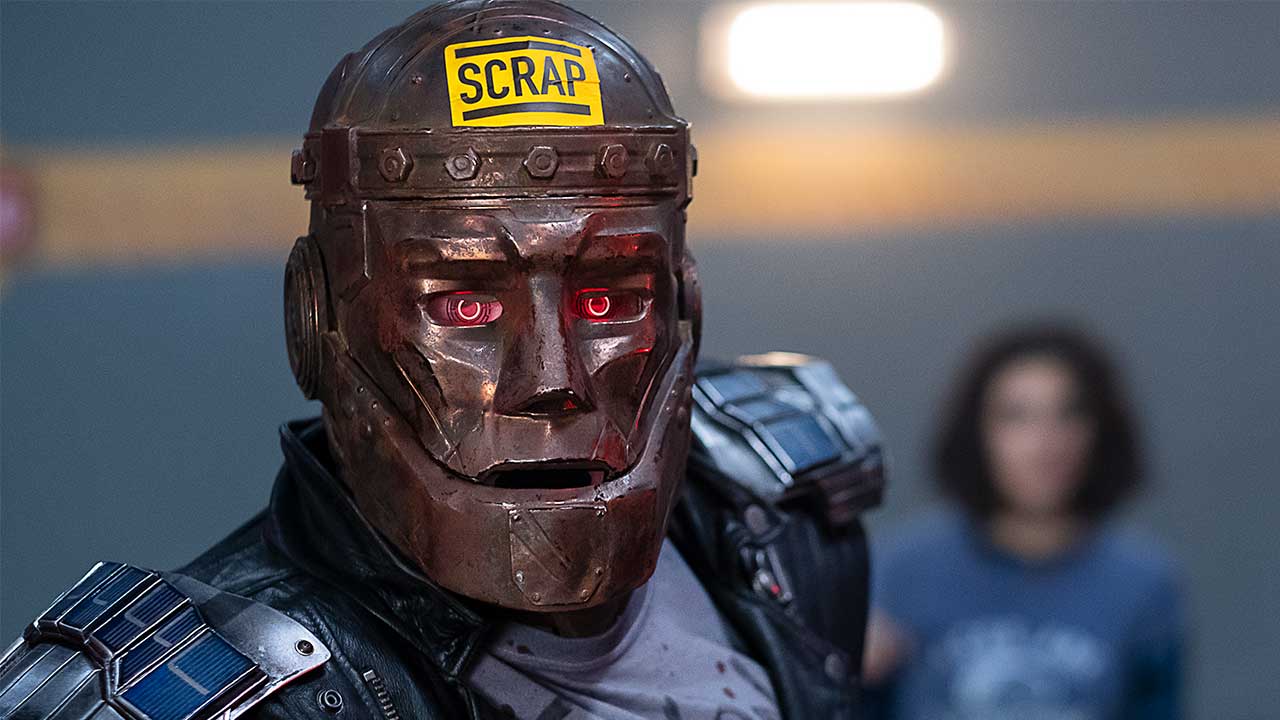 All the Easter Eggs in DOOM PATROL Episode 12: “Cyborg Patrol”

Things are as wonderfully strange as ever on DC Universe’s Doom Patrol. This week’s episode “Cyborg Patrol” has everything from Big Macs to butts. Did you catch all the weirdness when the team visited the Ant Farm? Let’s take a look at some of the comic book influences…

Inside the Ant Farm 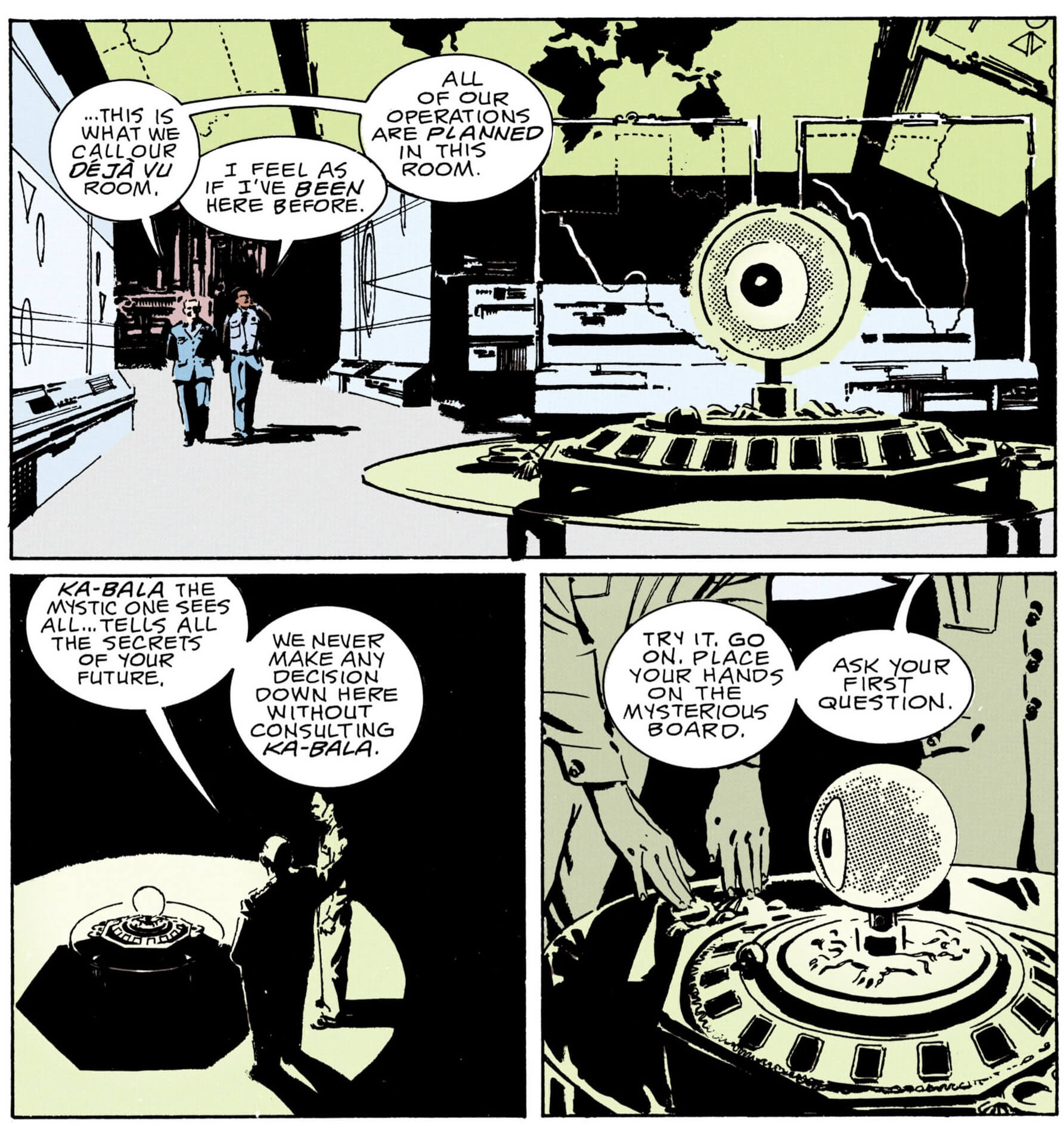 After weeks of being alluded to, and a few flashback appearances, viewers finally got a deep look at the infamous Ant Farm. If you want a better look at the government’s weirdest facility, check out 1991’s Doom Patrol #43 (written by Grant Morrison, penciled by Steve Yeowell and Richard Case). 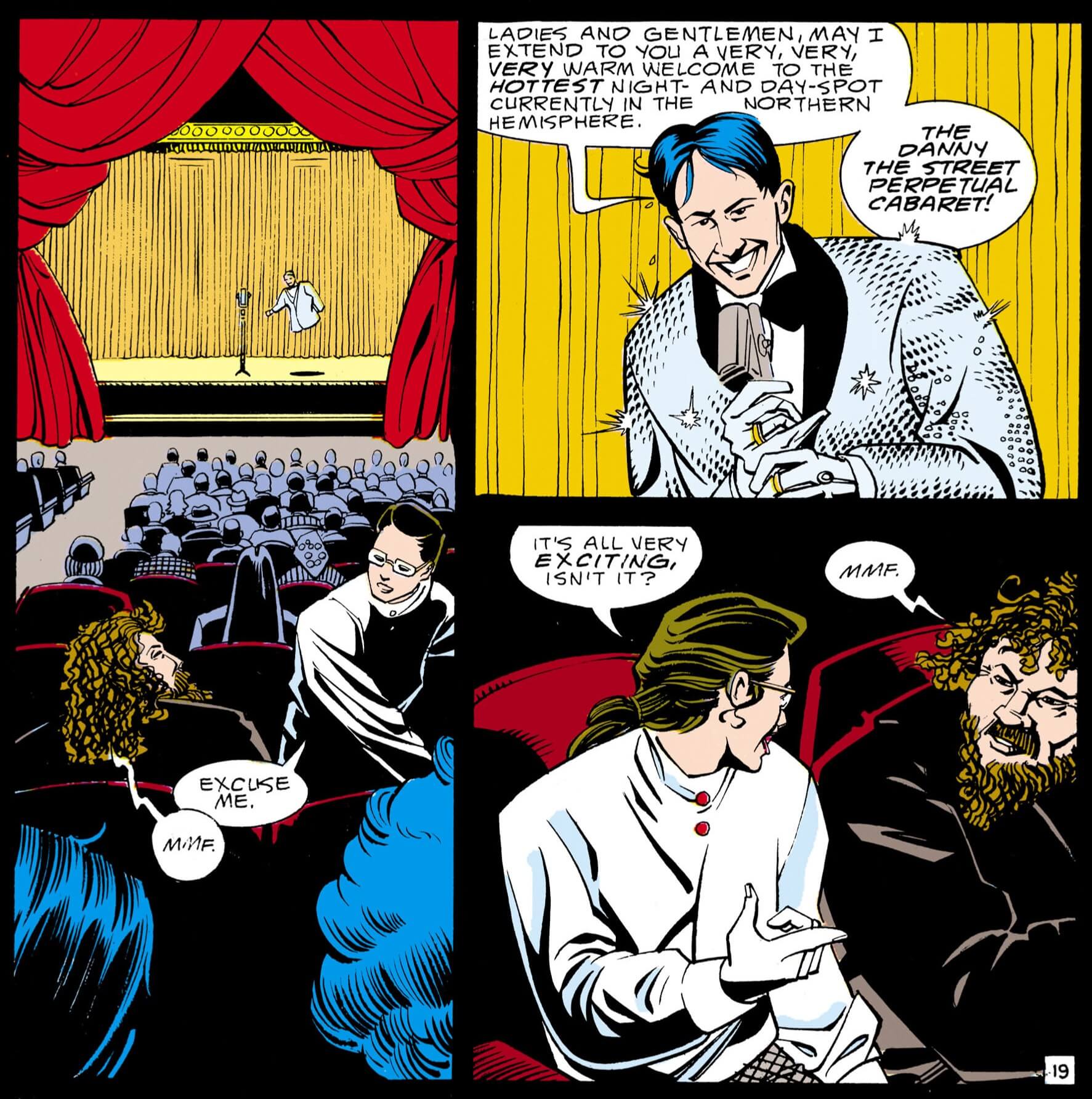 Ant Farm captivity can get pretty lonely, but Cyborg was lucky to find a friend named 722. His next-door neighbor can’t seem to remember much of his prior life, similar to his comic book counterpart... We first met this unnamed, bearded man on Danny the Street in 1990’s Doom Patrol #35 (written by Grant Morrison and penciled by Richard Case). Fortunately, he eventually regained his memory. If you’ve been paying attention, you can figure out who he turned out to be! 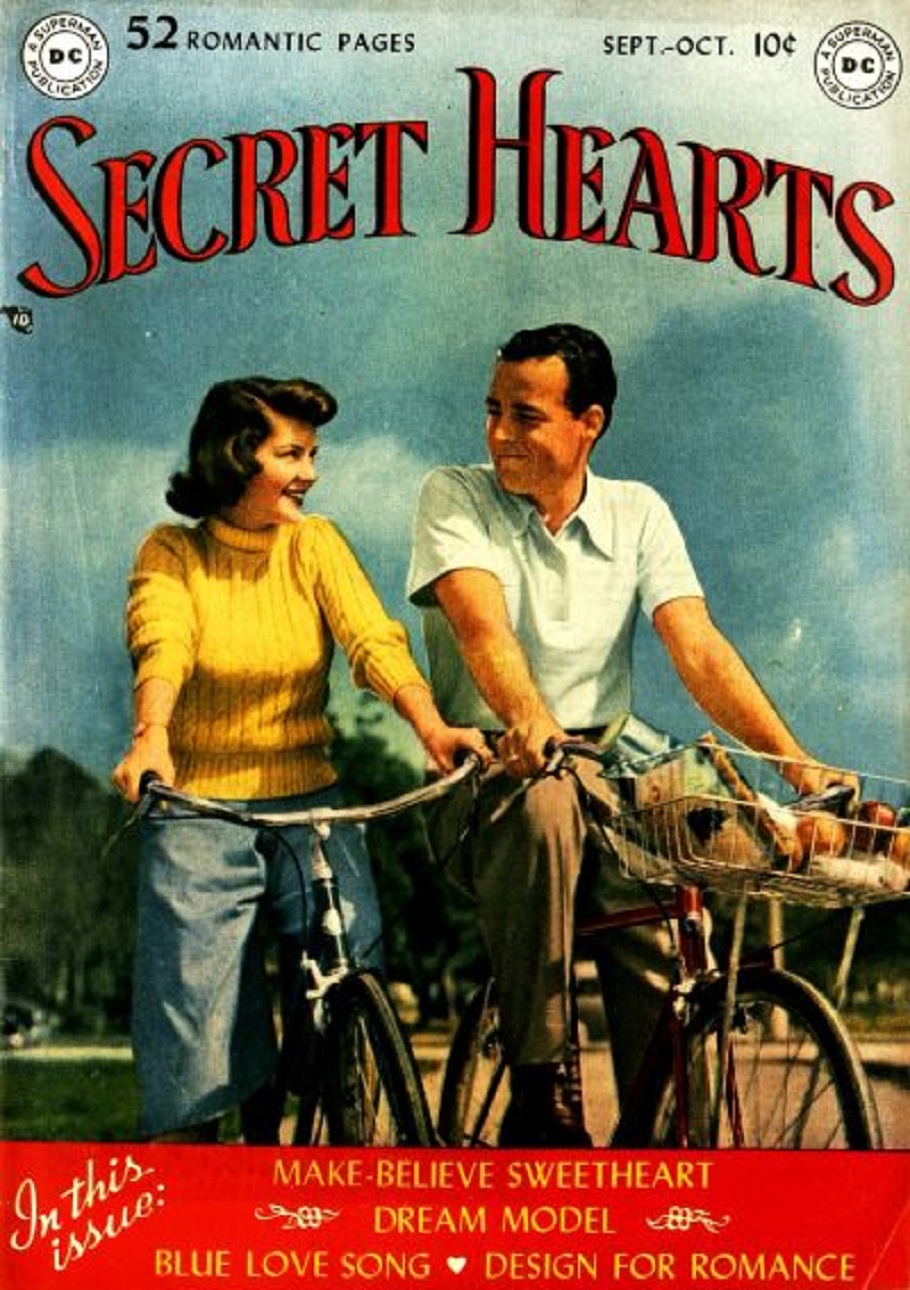 While Cyborg was battling the influence of Grid, 722 was enjoying a soap opera called Secret Hearts. Secret Hearts was the name of a romance anthology comic that DC published for 153 issues. Secret Hearts was also the title of a soap opera within the DC Universe that was filmed in New York City. Linda Danvers, Supergirl’s alter-ego, starred as Margo Hatton before quitting the show in Superman #376 (written by Paul Kupperberg and penciled by Carmine Infantino). 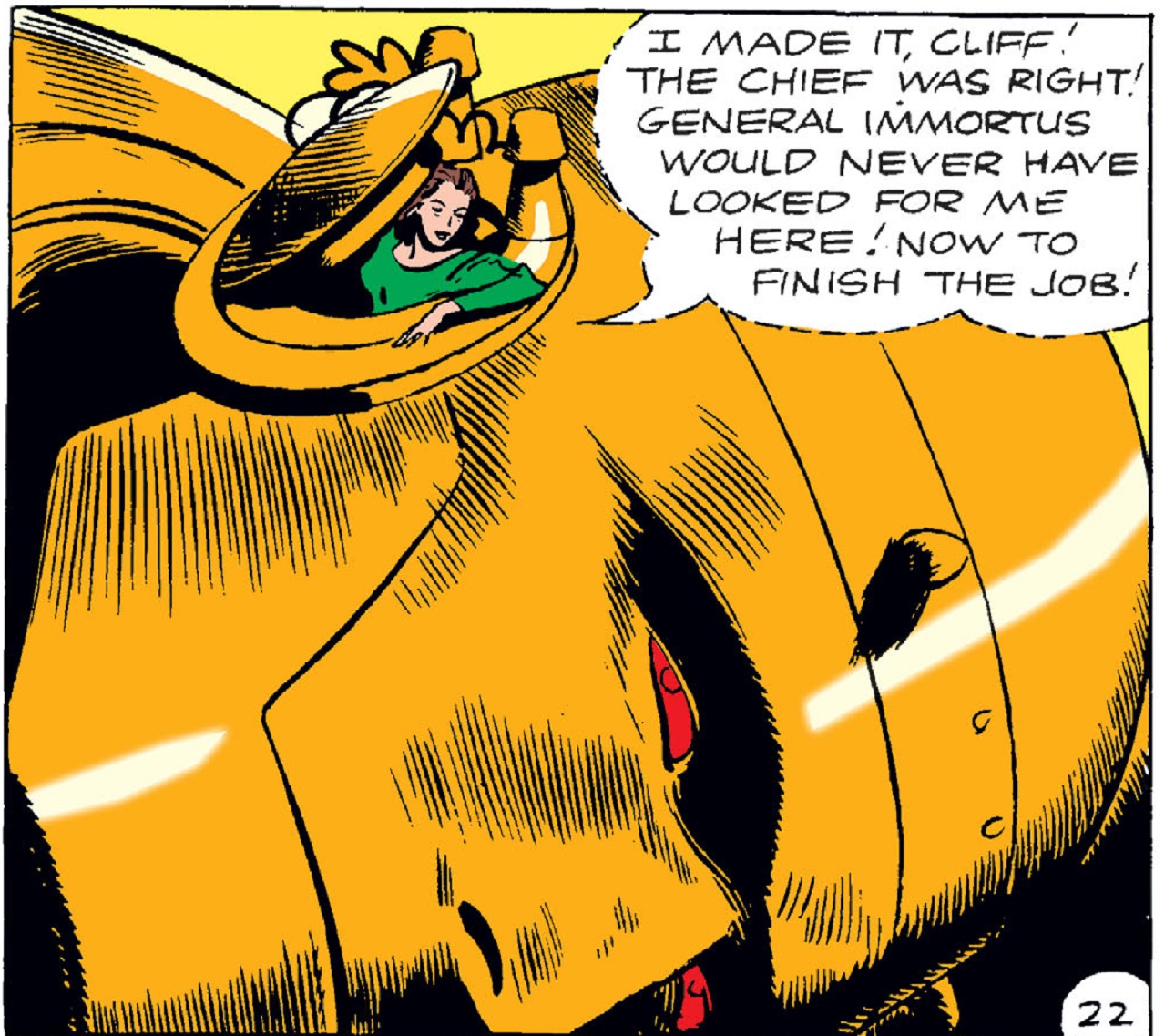 Rita may not be fond of the things her body can do, but this week it came in pretty handy. She was able to hide inside Cliff’s body, allowing her to infiltrate the Ant Farm undetected. It’s a neat trick, and it comes from the Doom Patrol’s very first appearance -- in My Greatest Adventure #80 (written by Arnold Drake and Bob Haney, penciled by Bruno Premiani).

“Dude, We Stopped You with a Magnet”

Cliff discovered the drawback of having a metal body when a magnet trapped him on the ceiling. Unfortunately, this is a familiar problem for his comic book counterpart, who has been bested by magnets on multiple occasions. In fact, Cliff’s predicament this week was similar to a moment in Doom Patrol #106 (written by Arnold Drake and penciled by Bruno Premiani), in which a giant ceiling magnet trapped the unsuspecting Robotman. Perhaps the sarcastic talking toaster would’ve fared better... 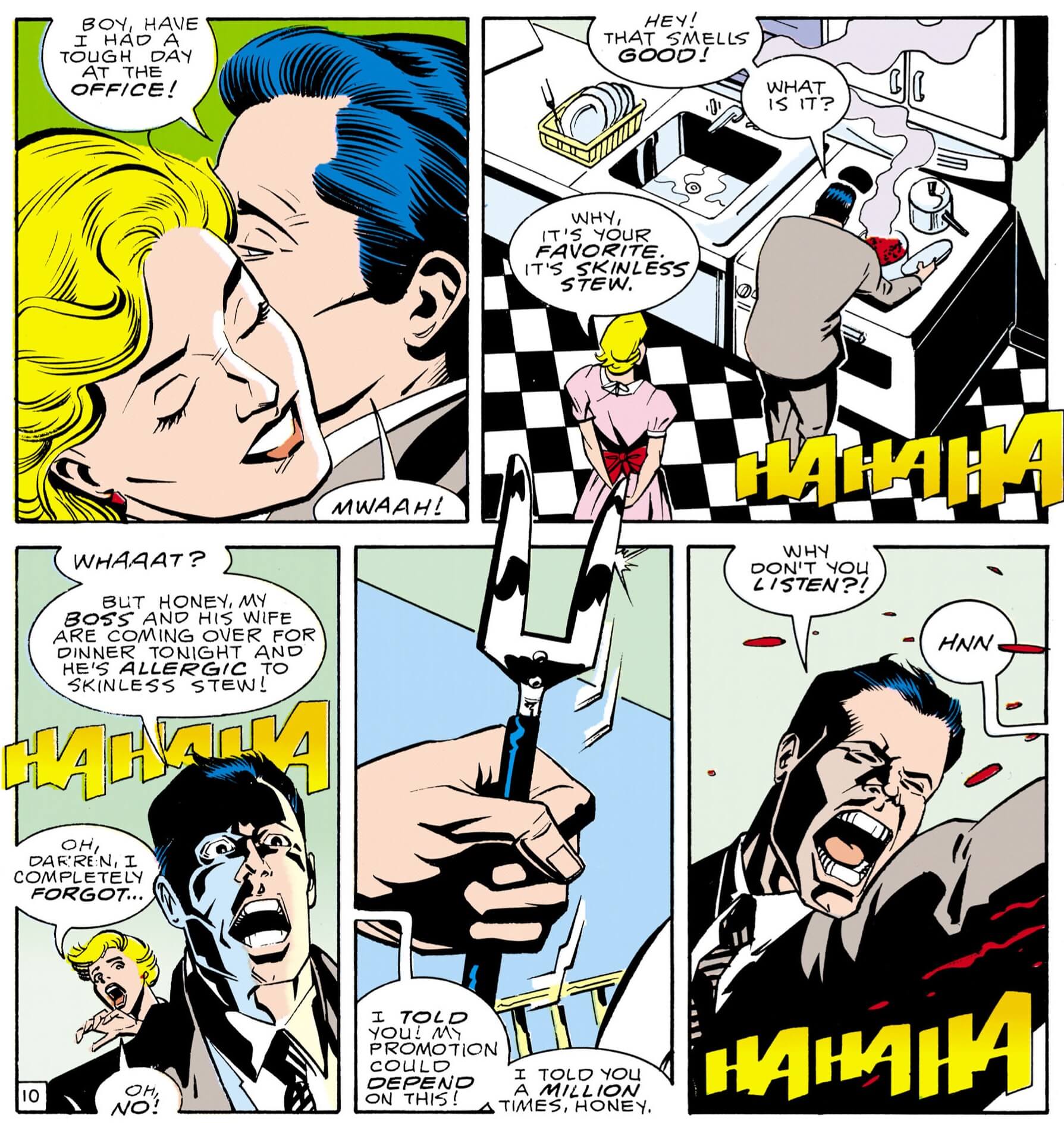 This week the Doom Patrol had a brief rematch with agent Darren Jones...before he was devoured by a stampede of escaping butts. He told the team an off-putting story about using a fork to stab his wife’s eyes out when her dinner placement was less than perfect. While that anecdote may have seemed like an odd non-sequitur, it’s actually a reference to a moment that played out in 1990’s Doom Patrol #35 (written by Grant Morrison and penciled by Richard Case). Here, Jones equipped his home with its own laugh track to further the idea of having “the perfectly normal family life.” Like his television counterpart, Jones used a fork to stab his wife’s eyes out, while the laugh track played in the background. His wife reappeared in the next issue wearing googly-eyes glasses. Thanks to the stampede of butts, we can rest easy knowing her screen counterpart finally received justice.