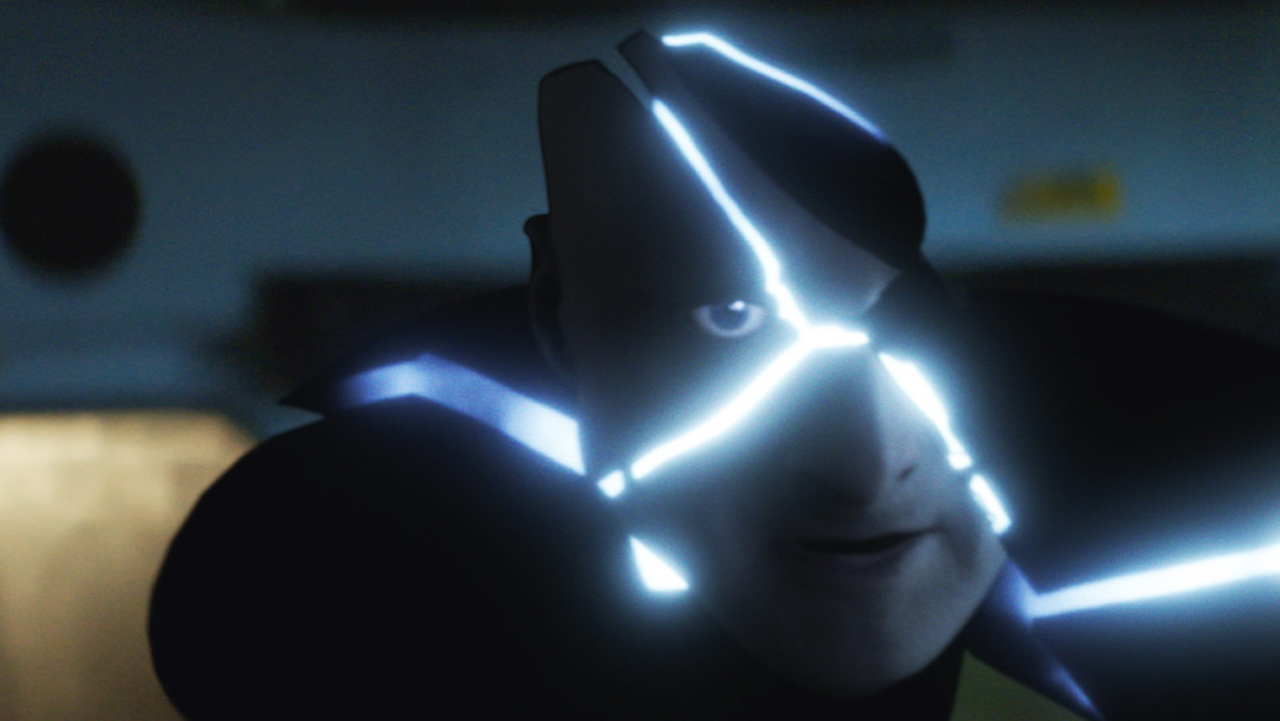 When we last saw Doom Patrol's Mr. Nobody (played by Alan Tudyk), he and the buffoonish Beard Hunter were trapped inside a blank canvas at the end of the show's first season finale. Of course being stuck inside an unfinished painting isn’t going to stop Mr. Nobody, AKA actor Alan Tudyk (who also voices the Joker and Clayface on DC Universe’s Harley Quinn), from helping DC Daily take its final bow. Today the beloved daily news program aired its final episode -- and it began with some fourth-wall breaking commentary from the Doom Patrol's arch-enemy...

“Were you expecting what Forbes described as a group of squeeing overly enthusiastic hosts?” he began, making it clear that Mr. Nobody hadn’t lost his sharp wit. After Tudyk’s meta introduction, the DC Daily hosts came on screen for one last broadcast, affectionately saying what the show has meant to them. “This show really has in every way changed my life, and you guys are a big part of that,” Clarke Wolfe told her co-hosts. A few celebrities even stopped by, saying goodbye to DC Daily via video messages, including Doom Patrol’s April Bowlby, Young Justice showrunner Greg Weisman, comic book legend Brian Michael Bendis, superstar Kevin Smith, and All Star Games host Freddie Prinze Jr, who did a small cosplay fashion show.

Tudyk's words echo those of all the show's fans. Saying goodbye to DC Daily isn’t easy, but its cast and crew can hold their heads high after producing a quality show for over 450 episodes. Check out the final episode here to see Mr. Nobody’s full message, and to see the DC Daily gang sign off for the last time.

What are your favorite DC DAILY memories? Share them in our Community!