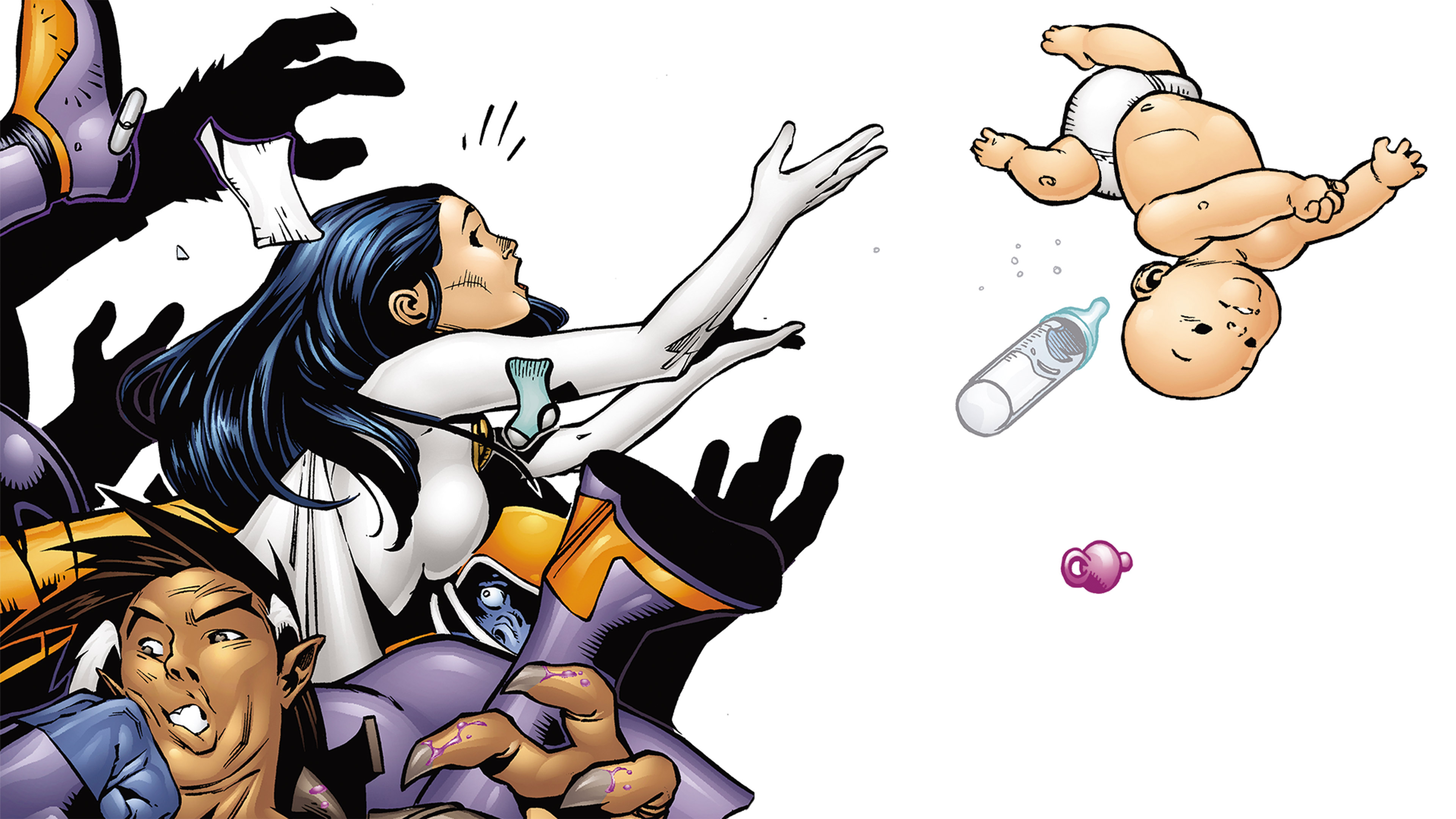 Adventures in Babysitting: The Dangers of Being a Nanny in the DCU

If you think being a superhero is the hardest job in the DC Universe, then you’ve got it all wrong. Fighting Darkseid and his army is tough, but have you ever tried telling a screaming 10-year-old that it’s time to turn off Fortnite and go to bed? Being a nanny is a tough enough job in the real world, but in the DC Universe it’s a strong contender for Most Dangerous Occupation. You’re constantly fighting kidnappers, trying to avoid your fate as a redshirt, and dealing with all the headaches that come with super-powered children. Being a DCU Nanny is more than naps and coloring books, so consider the following warnings before you decide to accept the gig...

THE CHILD WILL BE KIDNAPPED. IT IS INEVITABLE. 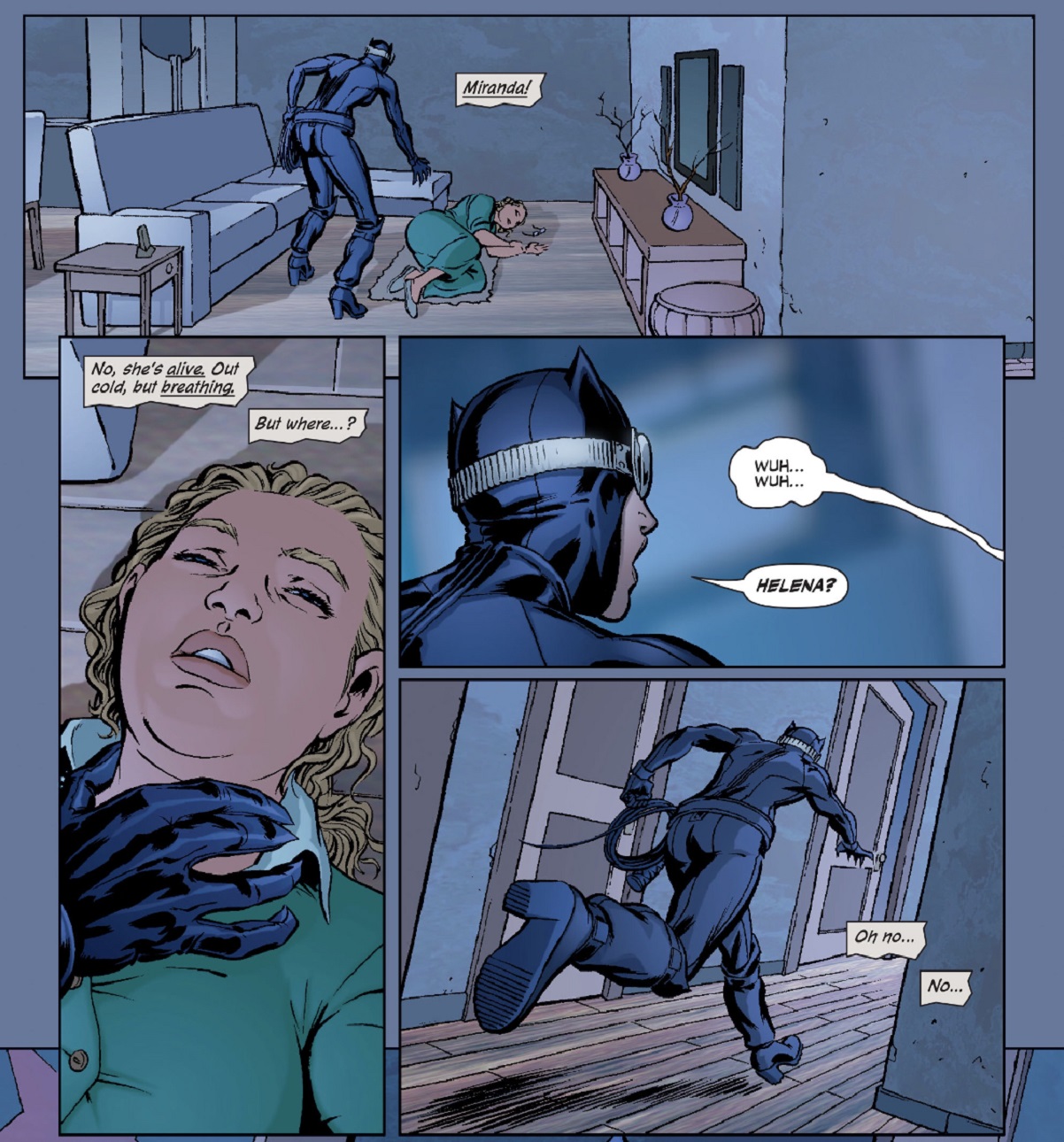 A typical nanny has to worry about kids skinning their knees on the playground, but when you’re babysitting in the DC Universe the stakes are higher. If the children come from the superhero community, they’re going to get kidnapped at one point or another. It doesn’t matter if you’re the best nanny in the multiverse, the kid is going to get kidnapped. It’s not a question of if, but when. In 2006’s Catwoman #55 Selina hired a nanny named Miranda to care for her daughter Helena. One issue later Helena was kidnapped, and Miranda was beat up and left unconscious. What’s a nanny suppose to do? In addition to being trained in CPR, you better know Krav Maga, because kidnappers are a bigger problem than bedtime tantrums. Speaking of kidnappings… 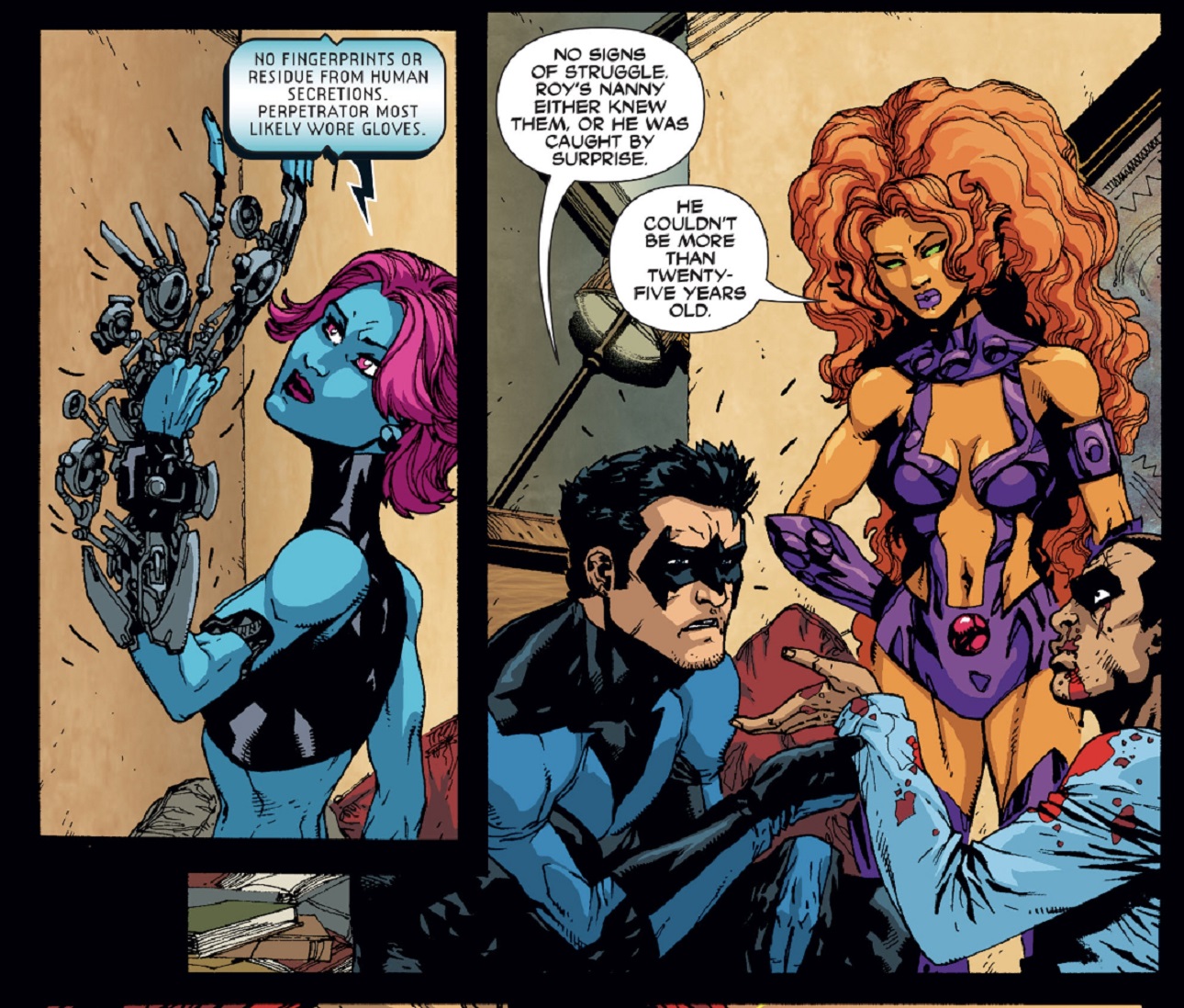 If you’re a nanny in a DC Universe story, you’re expendable. Chances are the child you’re caring for is either a future superhero, or a the child of a hero or villain. If the child is a future superhero, than that means you’re in the middle of an origin story, and those have high fatality rates for any adult. If the child is the offspring of a hero or villain, you’re nothing more than a prop. Think about it, when was the last time you can think of a nanny getting credit for watching the kids while their parents were doing hero vs villain stuff. As the nanny, you’re not an integral part of the story, which essentially makes you a redshirt. Let’s look at poor Ron, who was Lian Harper’s nanny. In 2004’s Outsiders #18 Lian was kidnapped by criminals, and Ron was killed trying to protect her. Although Roy Harper and the Outsiders were able to rescue Lian, Ron’s sacrifice was never mentioned again. We get it, they had to concentrate on finding Lian, but once she was recovered there wasn’t a moment set aside to mourn Ron. Thanks for giving your life to try to protect Lian, have fun being a corpse we guess.

THINGS CAN GET AWKWARD 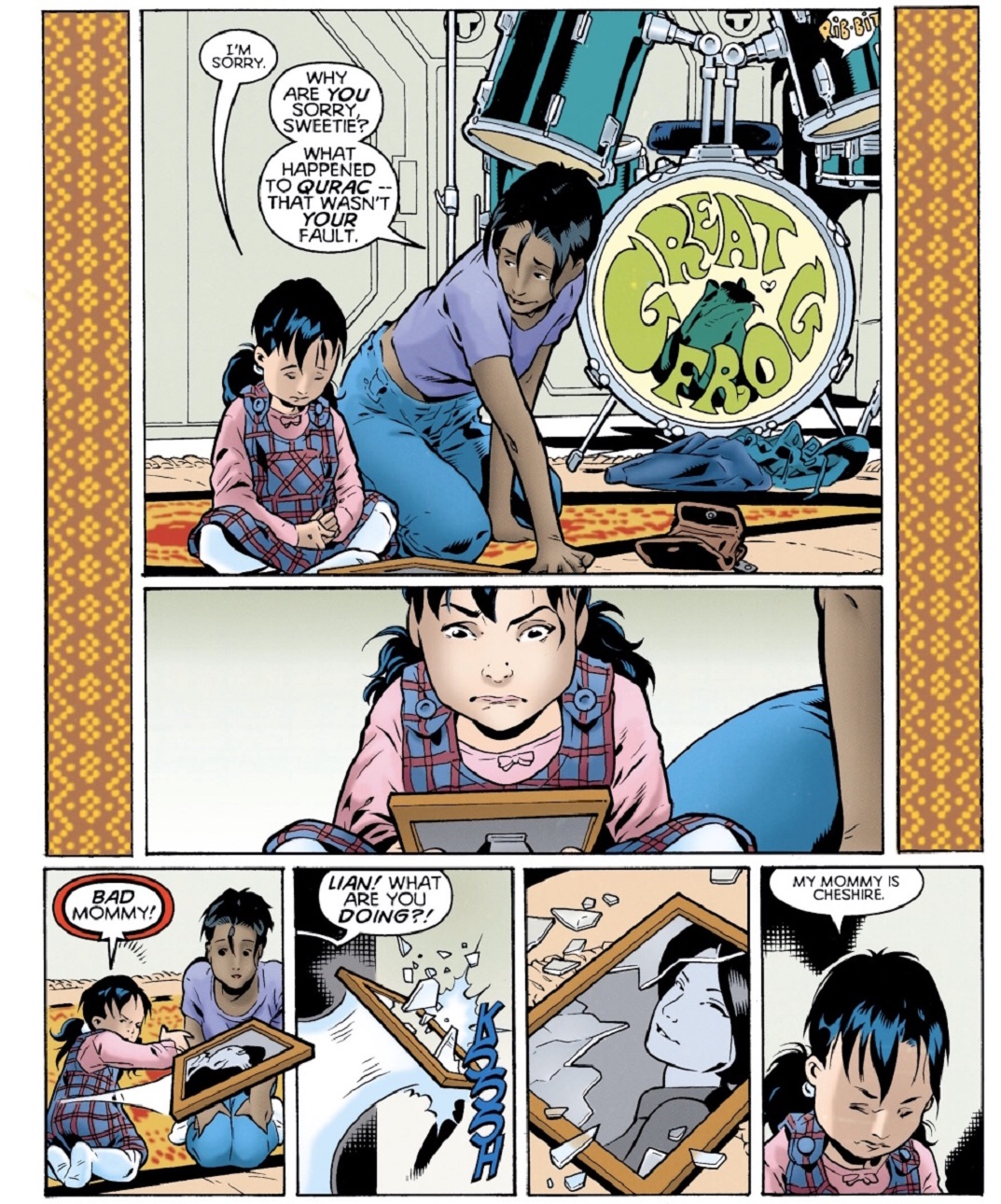 Picture this: you’re relaxing with the child in your care, telling stories, and they tell you that their mother nuked your country. Awkward! That’s just what happened to poor Chanda in 1999’s Titans #6. Chanda Madan was a Quraci refugee who had been hired to babysit Lian Harper. Chanda was still grieving the loss of her grandparents and homeland, which had been destroyed when the terrorist Cheshire nuked the country. Imagine Chanda’s surprise when Lian told her that Cheshire was her mother. How do you come back from that? I once babysat for a kid whose parents dinged my car while parking, which isn’t as bad as nuking my homeland, but it still made the rest of the night awkward. I have no idea how Chanda managed. By the way, if it’s not obvious by now, don’t babysit Lian Harper.

POWERFUL KIDS WITH NO IMPULSE CONTROL 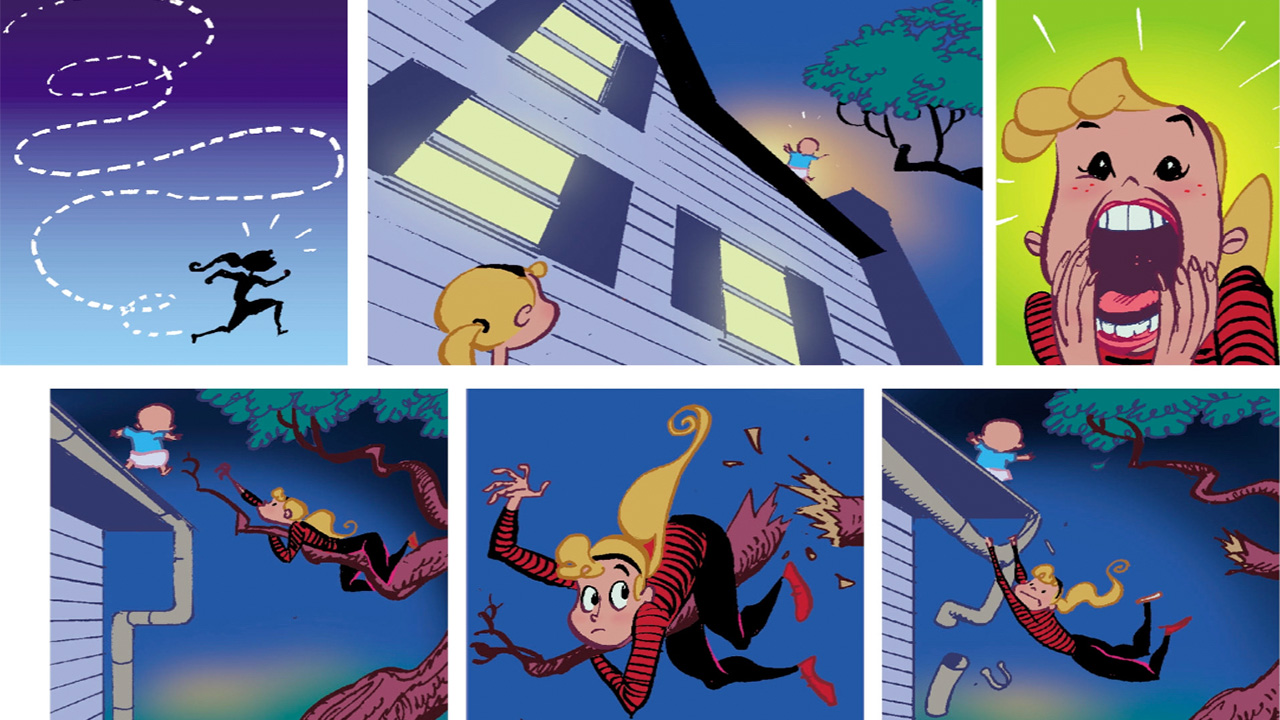 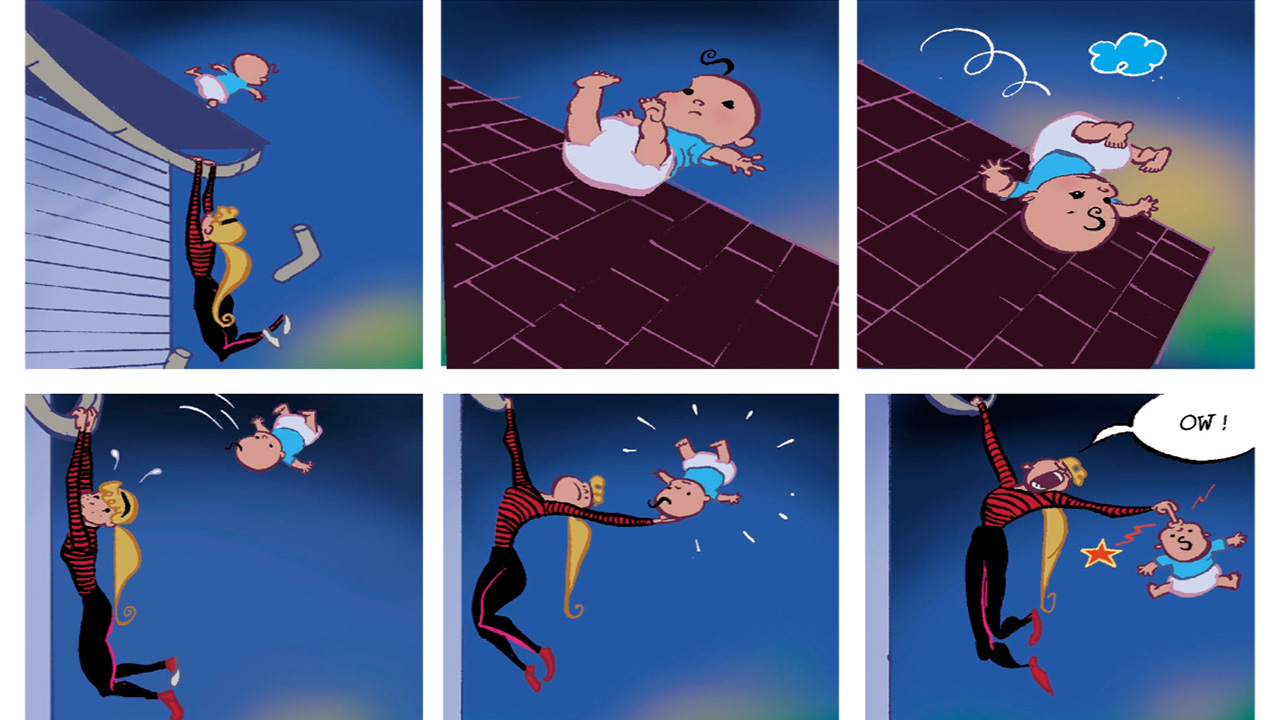 Let’s say you get lucky, and the kid you’re watching doesn’t get kidnapped, and their parents don’t nuke your country, that still doesn’t mean the job is going to be easy. Kids can already be a handful, so imagine what it’s like when they have powers. In DC Presents: Elseworlds #1 a teenage girl named Letitia Lerner was expecting a quiet night when two elderly farmers hired her to babysit their 6 month old. The baby in question was Superman, and Letitia spent the entire night chasing after the Kryptonian kid as he lifted cattle, played in traffic, destroyed property, and endangered his poor sitter. One time a kid threw his toy truck at me when I was babysitting, and that sucked, but poor Letitia was bitten, battered, and electrocuted. Since she isn’t a member of Superman’s modern supporting cast, it’s safe to assume that she made sure to stay as far away from that nightmare child as possible.

EVEN BATMAN IS UNPREPARED 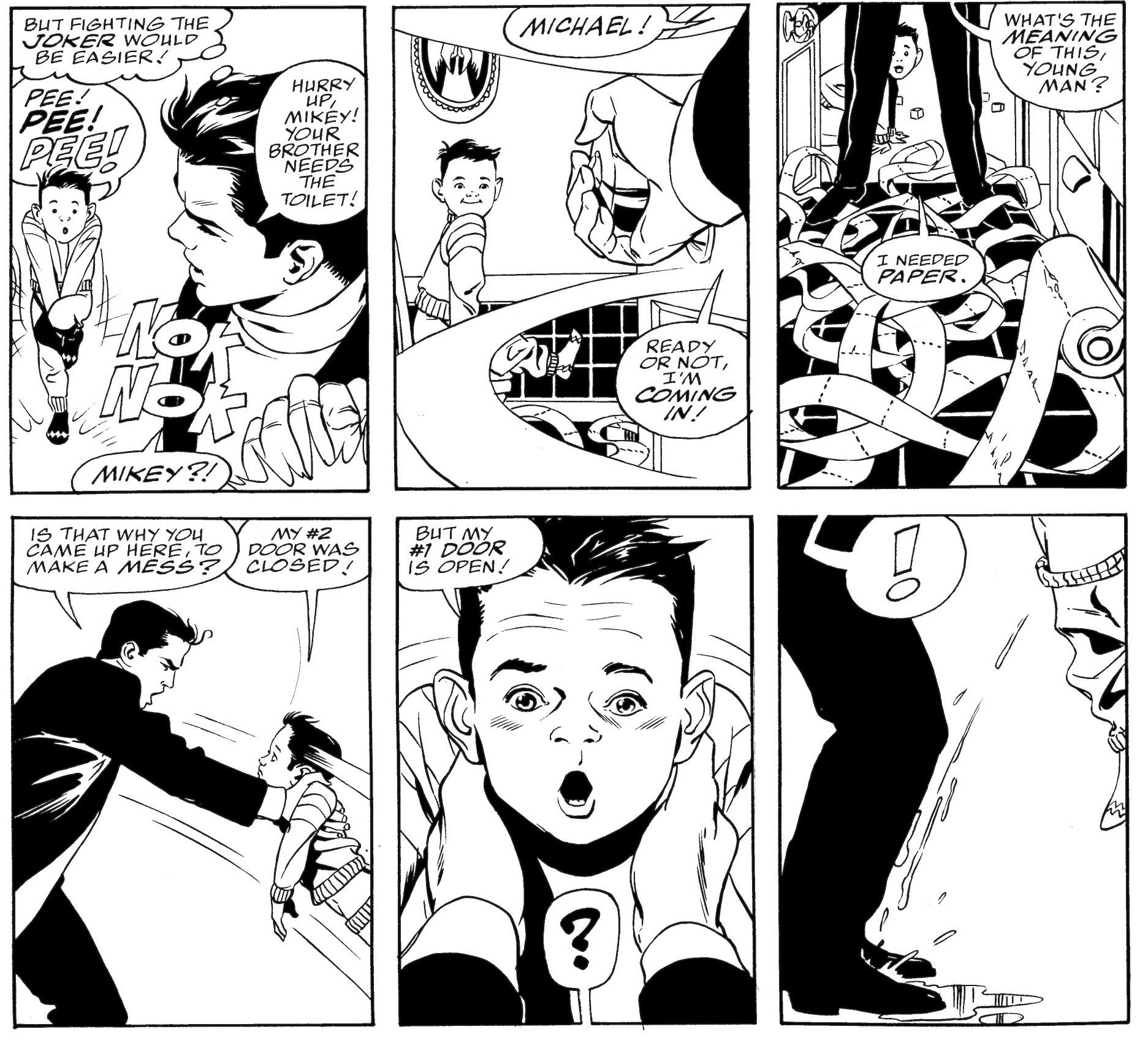 There have been so many conversations where fans have claimed that Batman can handle any situation if he has enough prep time, but you’ve never seen the Dark Knight babysit. The Batman: Black and White Volume 2 collection contains an original story called “A Matter of Trust” where Bruce Wayne is called on to babysit the children of one of his old friends. It doesn’t go well. The hyper twin boys outmaneuver Bruce at every turn, making messes and….um…”leaking” on the helpless billionaire. Bruce was tempted to call Alfred for help, but knew this was something he had to do on his own. For a guy who has raised multiple Robins, it’s amazing that Bruce is such a poor babysitter. If Batman doesn’t have the skills to be a DCU nanny, then imagine how hard it must be for mere mortals. 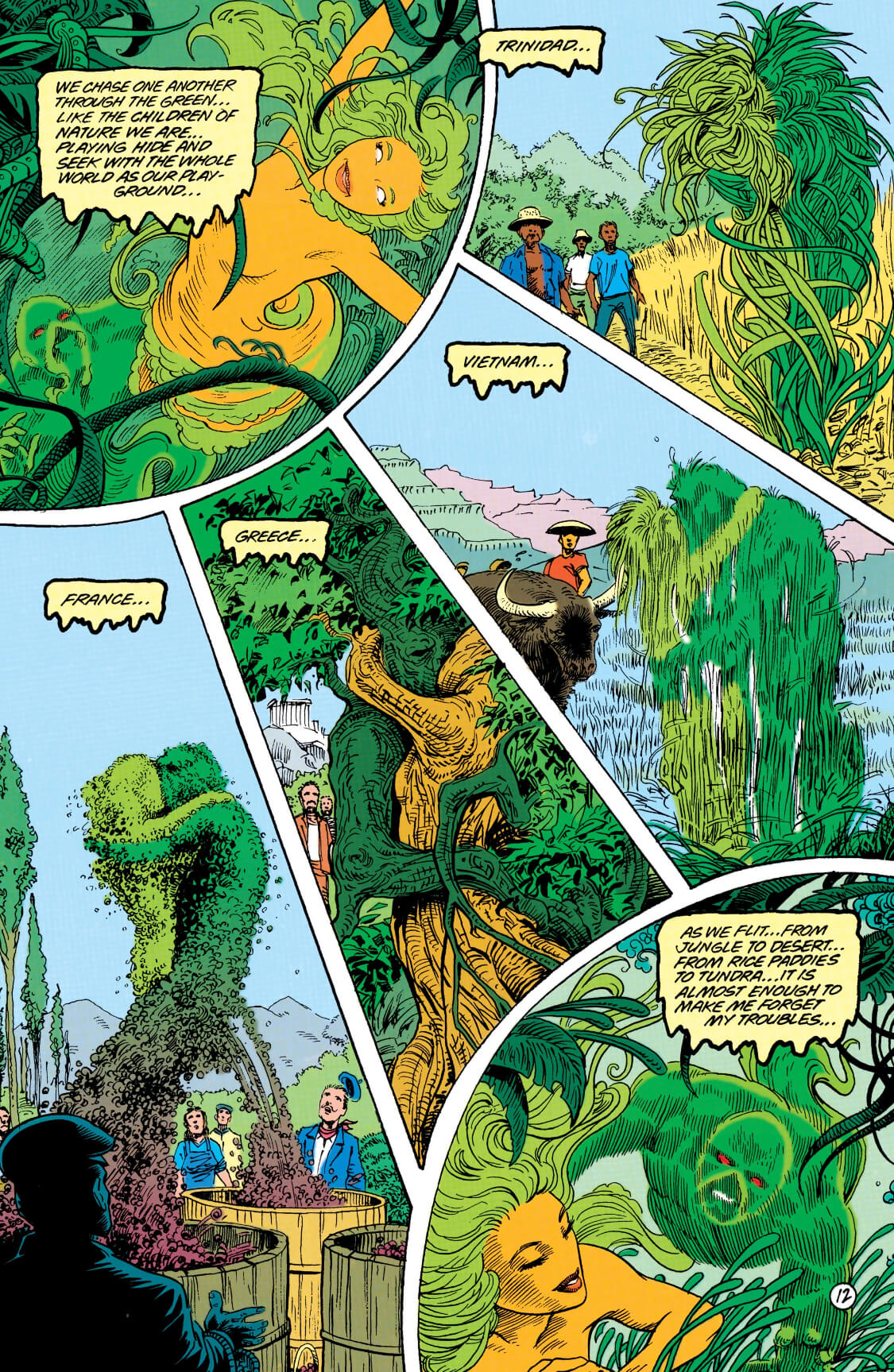 If you’ve been paying attention to our “Search for the Sexiest Man” contest, then you’d know that the DC Universe is full of some hot dads, including Swamp Thing. In 1992’s Swamp Thing #118, a plant elemental named Lady Jane was recruited to nanny for Swamp Thing’s daughter Tefe. In the bayous of Louisiana, the weather isn’t the only thing that’s hot, and once Swampy’s wife Abby was away, Lady Jane and Swamp Thing gave into their desires and had a passionate…um…pollination? John Constantine interrupted their floral coitus in Swamp Thing #136, and the two realized that they had no idea where Tefe was. You know, the kid Lady Jane was suppose to be looking after in the first place. They were able to find her, but for crying out loud, DCU kids get kidnapped all the time so keep your eyes on the baby, and not on Swamp Thing’s mossy abs. Remember, the hot dads can be tempting, but they’re sirens who will distract you from your job.

What are your babysitting horror stories? Let us know in our Community!