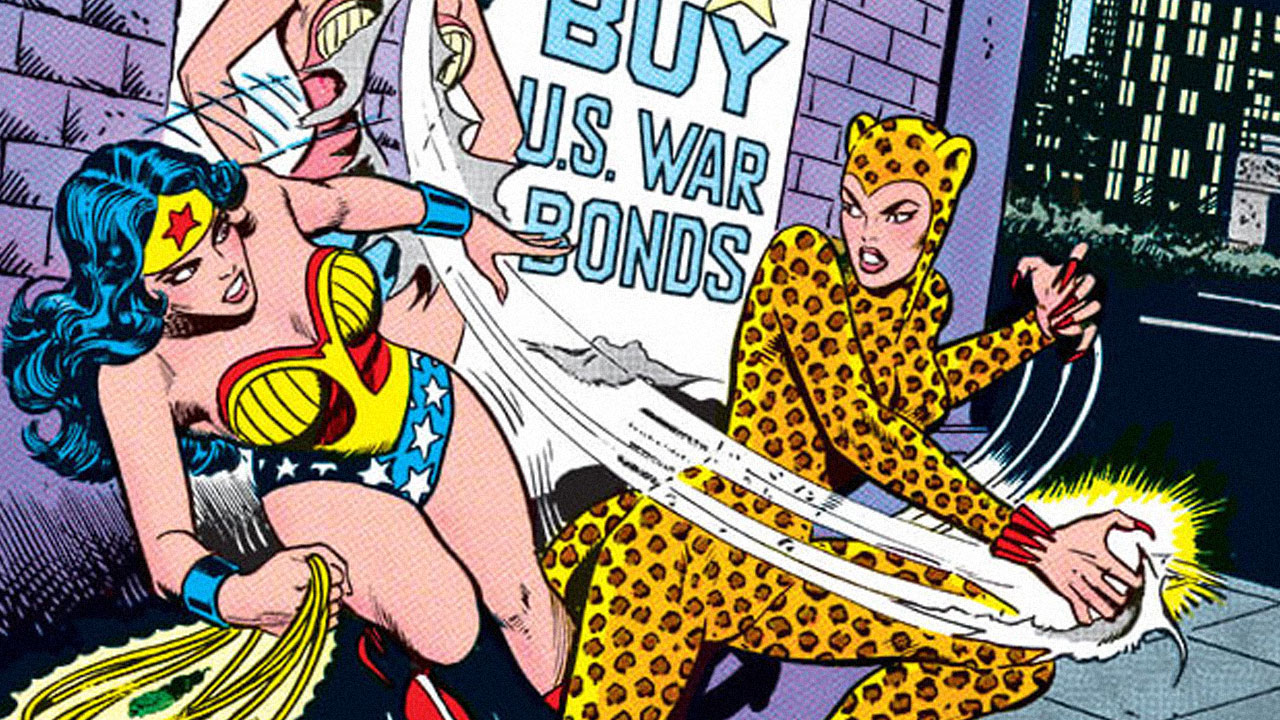 The 1970s were a helluva time for our favorite Amazon Princess. It was a decade that saw her grace the cover of the first issue of Ms. Magazine, regain her super powers after spending years without them, and rocket to new heights of fame thanks to her first live-action weekly TV series. Here are seven covers from those watershed years, direct from the DC vaults. Enjoy! 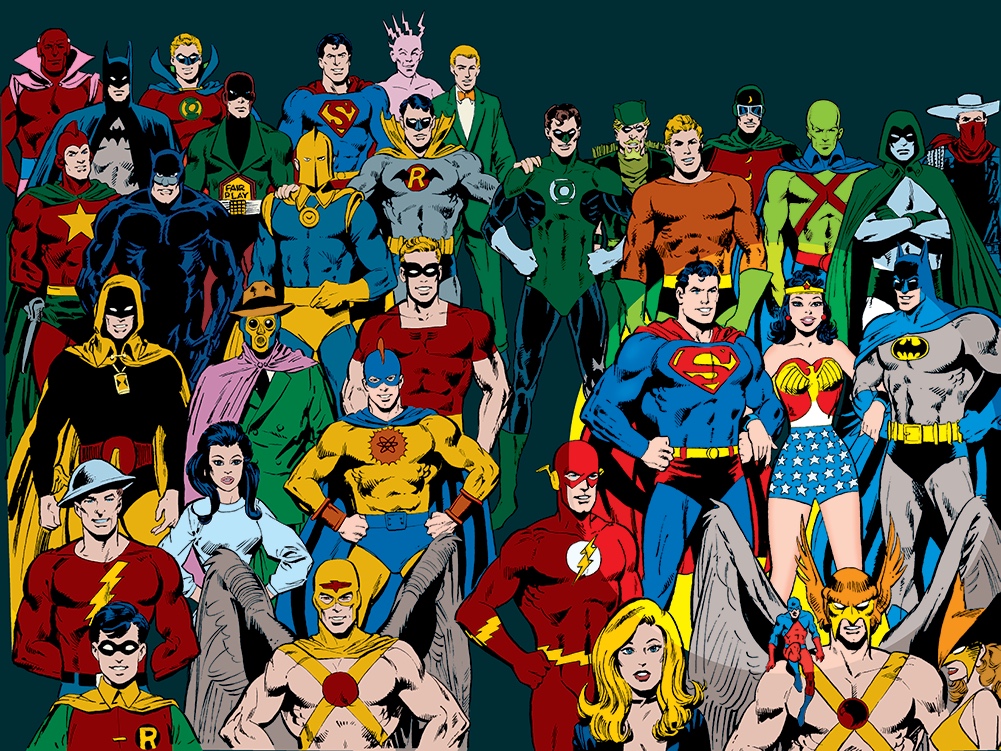 Wonder Woman began the 1970s working as a secret agent, clad in jumpsuits not unlike those worn by Emma Peel in the British super-spy TV show The Avengers. But the above wraparound cover, illustrated by the legendary Neal Adams, managed to feature her in both her Earth-One iteration (sporting civilian wear) and her costumed Earth-Two form -- sharing the spotlight with Superman and Batman. That makes this one of the first DC covers to single out the Trinity. 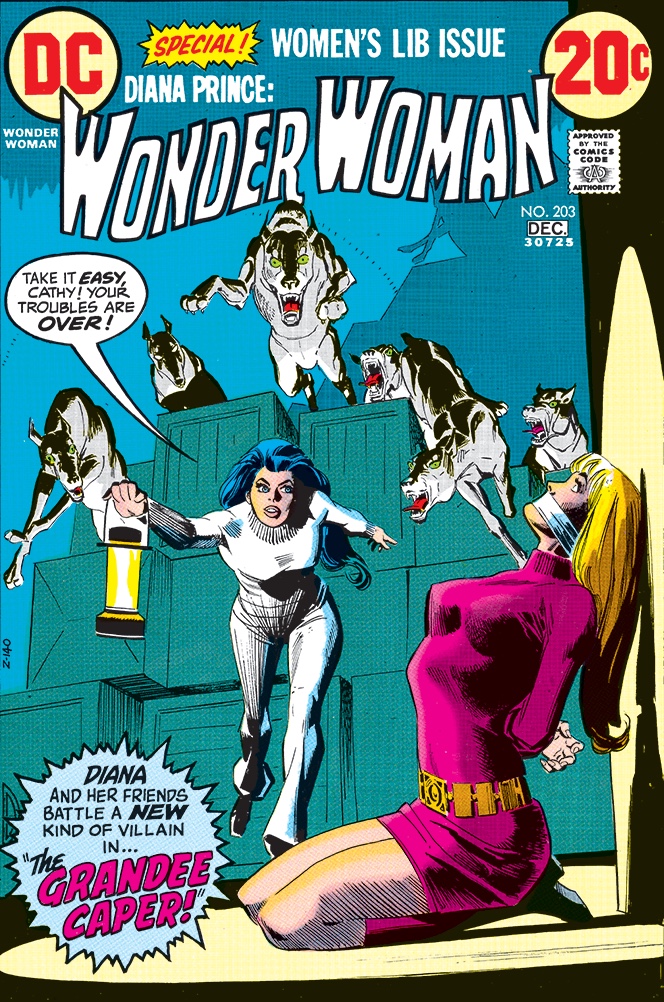 DC artist and editor Dick Giordano depicted Diana Prince plenty of times throughout his career. Here he captures her in the final days of her secret agent phase. As its cover makes clear, this issue was published during the height of the Women's Lib movement. One of the movement's leaders was Ms. Magazine founder Gloria Steinem, who helped convince DC to give Diana her powers and costume back. 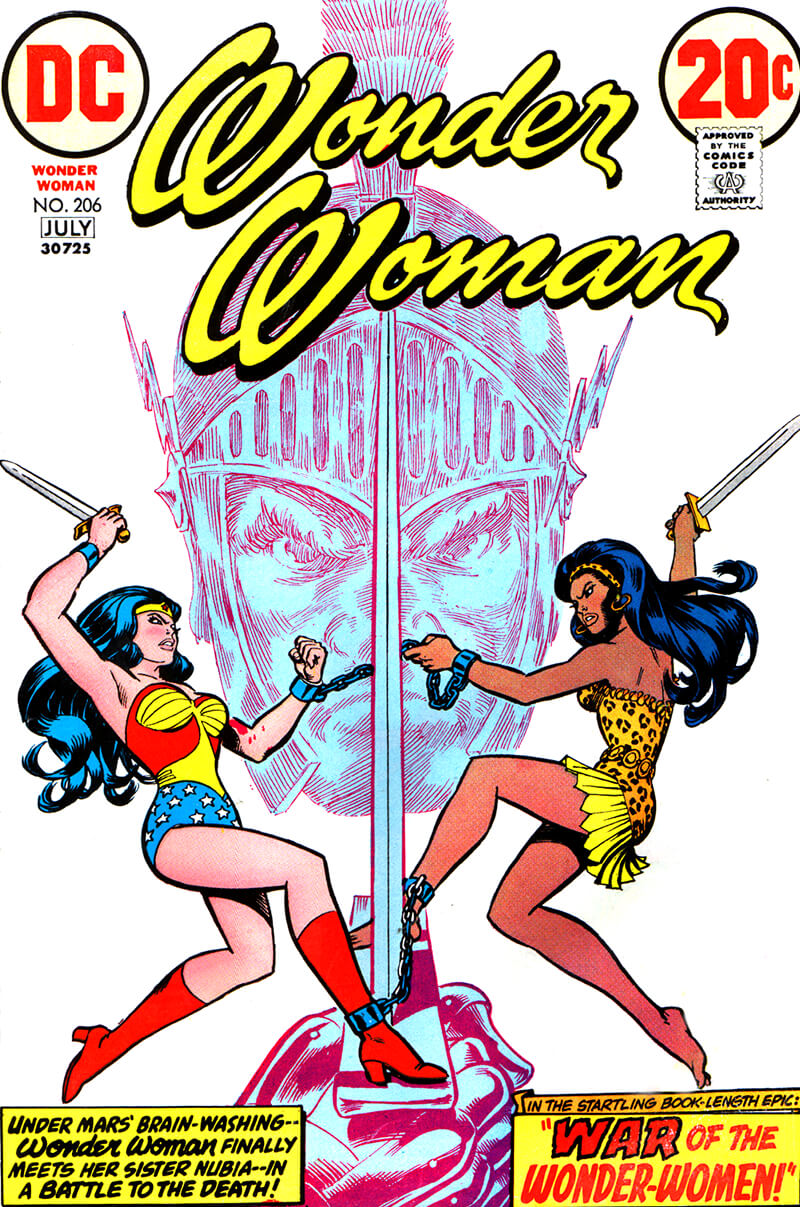 Shortly after regaining her powers and costume, Wonder Woman found a new ally -- her long-lost twin sister Nubia, who was formed by Queen Hippolyta from dark clay as she formed Diana from light clay. Nubia proved popular enough to earn her own Mego doll, a part of the line the company released in 1977 to tie in with the Lynda Carter TV show. Teen Titans and Aquaman artist supreme Nick Cardy illustrated Nubia's debut cover. 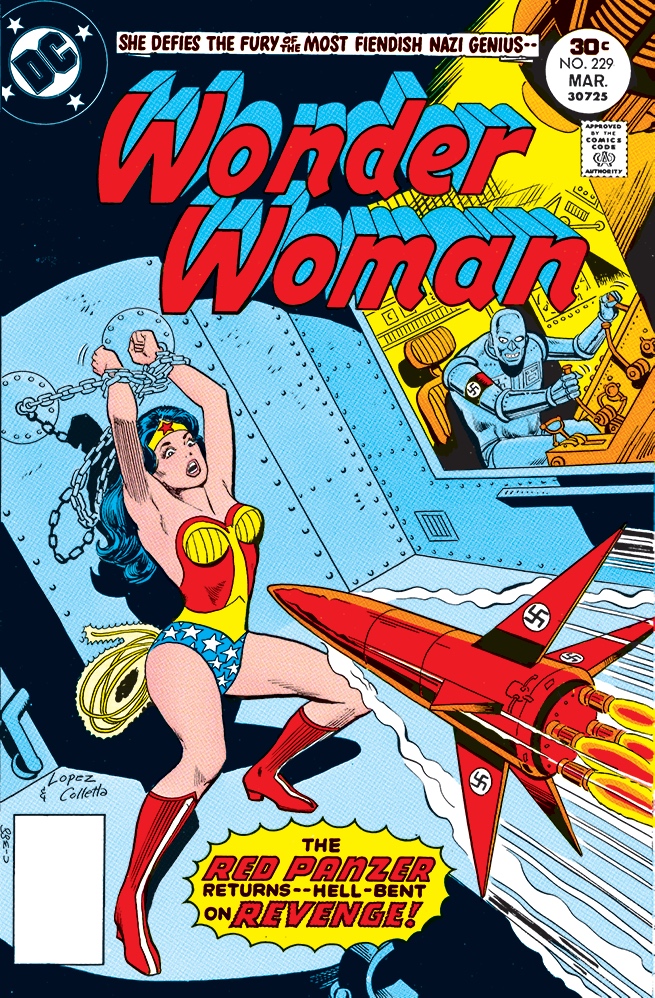 While only the 1975 season of the 1970s Wonder Woman show was set in World War II, and thus featured Wondy battling Nazis every week, DC couldn't resist the opportunity to pit her against her fascist foes in comics throughout the remainder of the decade. Cover artist Jose Luis-Garcia Lopez would go on to design the DC style guides of the 1980s, thus defining Wonder Woman's look for decades. 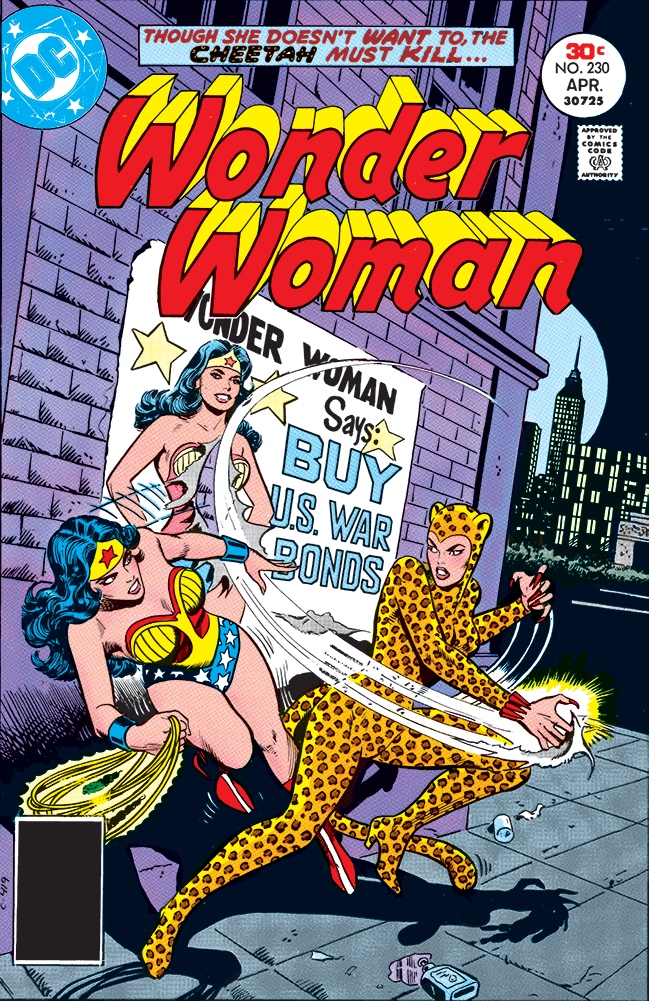 What gallery of Wonder Woman covers would be complete without The Cheetah, the Amazon Princess's arch-foe? Garcia-Lopez again handles the art chores. 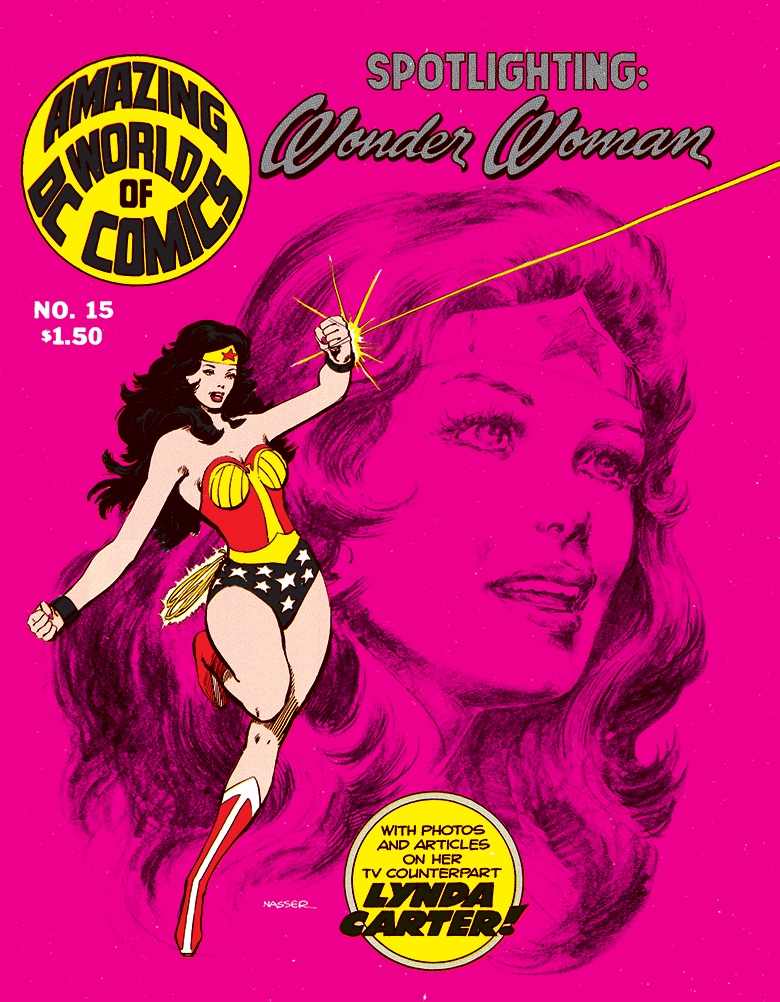 This one is a bit of a cheat, since Amazing World of DC Comics was technically a magazine rather than a comic book. But it was the first DC-licensed periodical to feature Wonder Woman star Lynda Carter on its cover (here drawn by artist Michael Nasser). So we hope you can find it in your heart to forgive us. 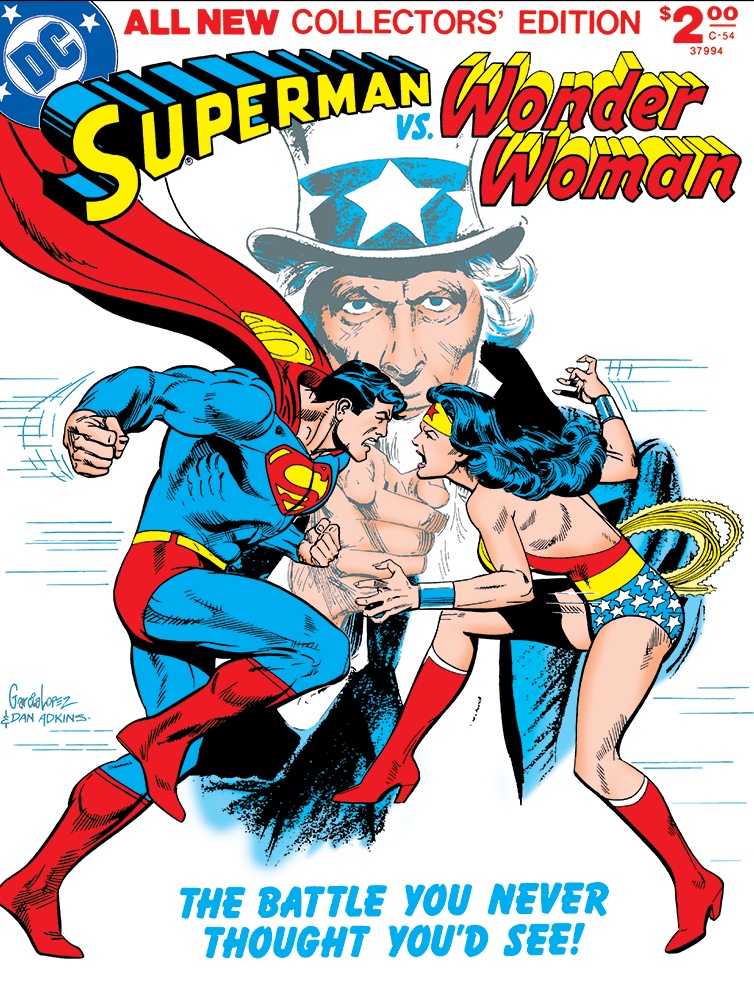 In 1977, Wonder Woman had a hit TV show and Superman was about to have a blockbuster movie. So it made perfect sense for DC to pair its two most popular champions in a story published in the company's oversized "Collector's Edition" format. Both cover and interior art were provided by, you guessed it, the inimitable Jose Luis Garcia-Lopez.