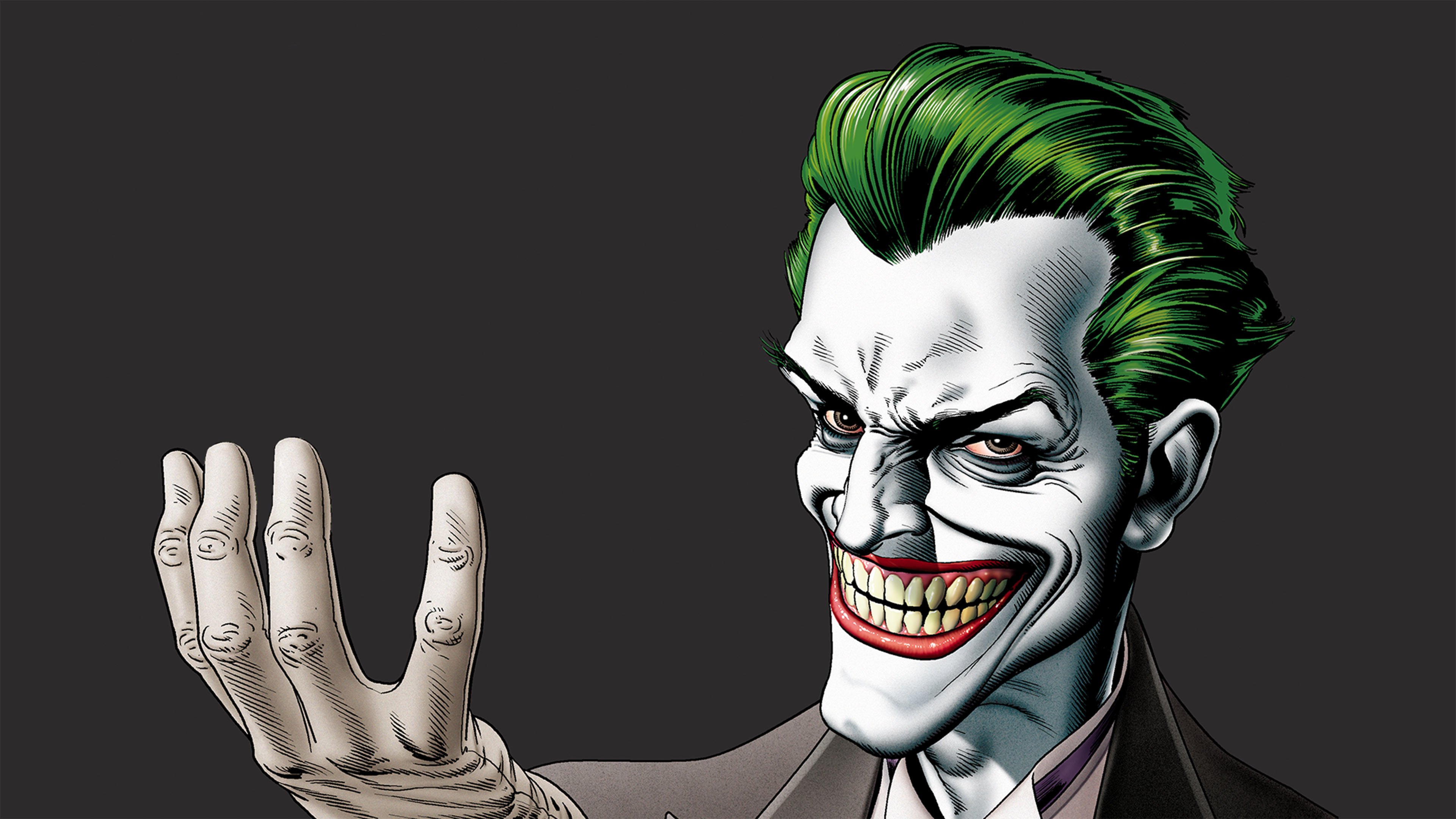 7 Times People Regretted Teaming up with the Joker

DC Universe's Meta Madhouse: Tournament of Terror is in full swing, and since the villains get to play this year, things are going to get chaotic. The first team entering the spotlight is the Joker Maniacs, and they’re quite the motley crew. Any team with the Joker as their coach should proceed with caution, since the Clown Prince of Crime doesn’t work so well with others. In fact, it’s a good thing Joker is not part of his team's matchups, because he’d probably double-cross everyone to advance ahead. Want proof? Here are 7 times people regretted teaming up with the Joker. 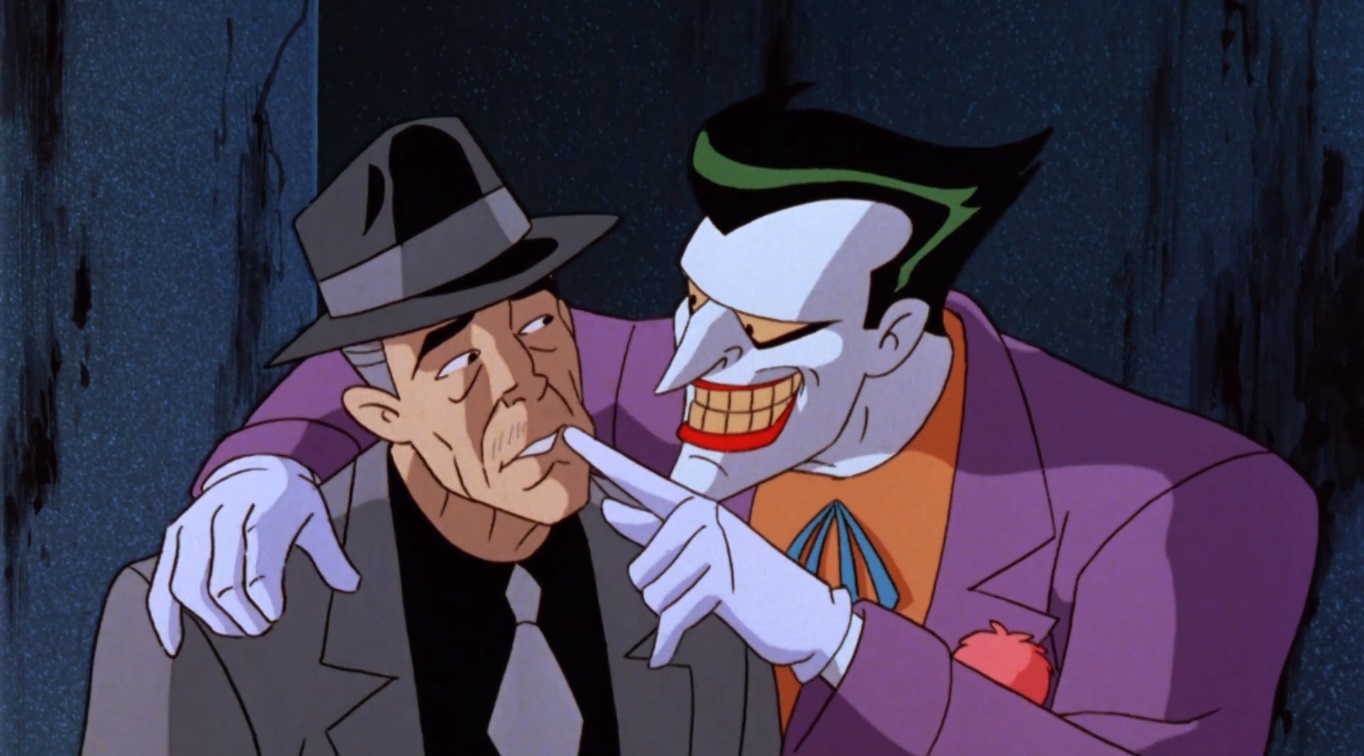 The Joker’s Job: Valestra was being hunted by a mysterious figure known as the Phantasm, who was killing members of Gotham’s elite underworld. Valestra hired the Joker to protect him.

What the Joker Did Instead: The Joker killed Valestra instead. This is pretty much the opposite of what he was hired to do.

Where Did it Go Wrong: How on Earth did Valestra think this was going to go down? The Joker is not a bodyguard.

Where to Find It: Batman: Mask of the Phantasm 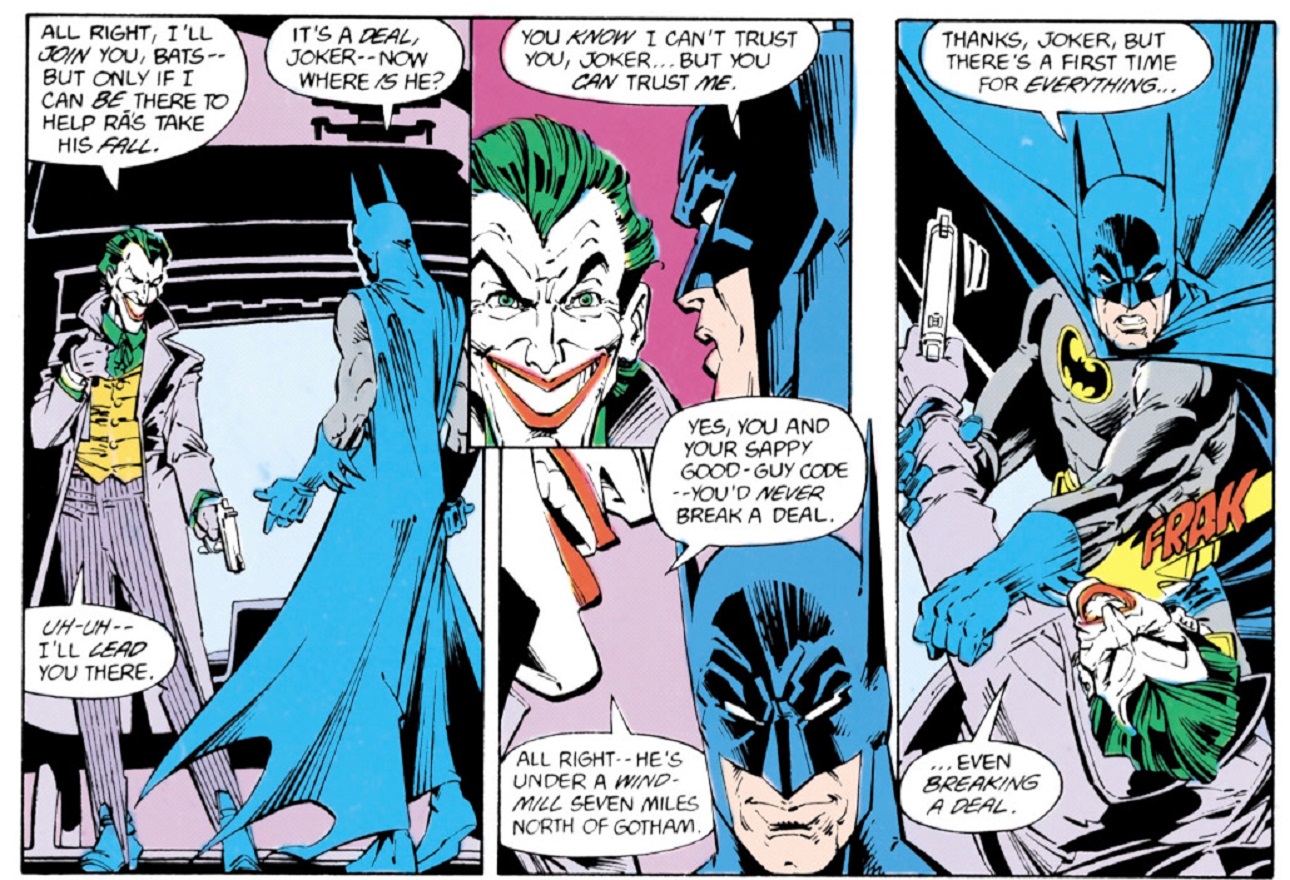 The Joker’s Job: Ra’s Al Ghul broke the Joker out of Arkham so the Clown Prince could create some chaos and distract Batman. Under no circumstances was Joker allowed to tell Batman where Ra’s secret location was.

What the Joker Did Instead: What do you think? The Joker absolutely told Batman where Ra’s was hiding. Batman made a deal with the Joker, and then the Dark Knight promptly betrayed him. What goes around comes around.

Where Did it Go Wrong: Ra’s wanted the Joker to create chaos. It was foolish of him to believe that chaos wouldn’t backfire on him.

The Joker’s Job: The Joker, in his secret identity of A. Rekoj, hired a gang of criminals to commit a series of robberies for him.  A. Rekoj promised to split the loot with the gang afterwards.

What the Joker Did Instead: This one is kind of messed up. Joker would remove his A. Rekoj disguise and steal from the criminals, so he wouldn’t have to split the loot with them. Then the thugs would report back to A. Rekoj, who would yell at them for allowing the Joker to get away. Dude…

Where Did it Go Wrong: A. Rekoj? Are you serious? The crooks didn’t realize that this was the Joker? This one is on them.

Where to Find It: Detective Comics #45 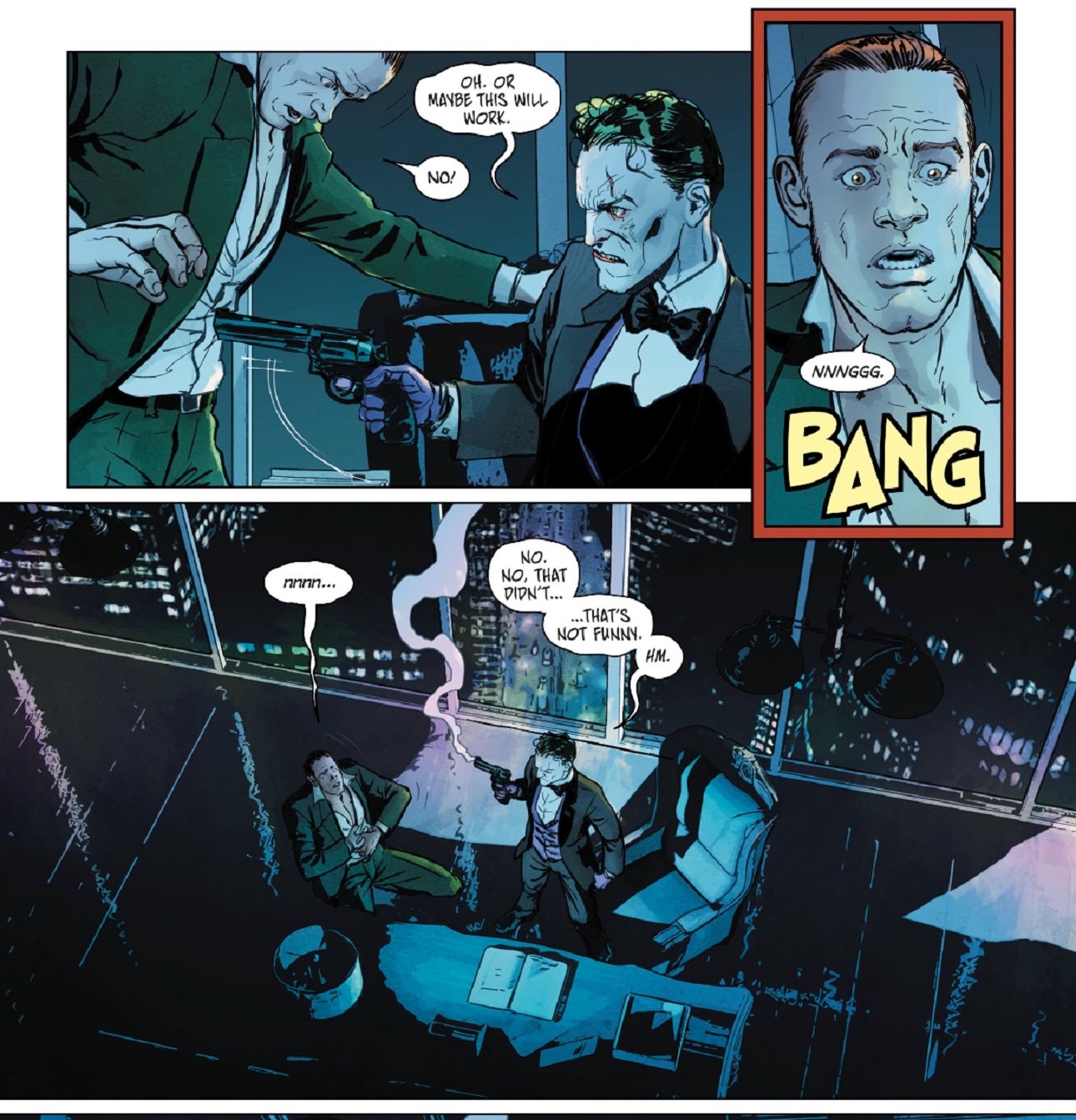 The Joker’s Job: The Riddler approached the Joker proposing a partnership, since their combined might would be too much for even Batman to stop them. The Joker agreed because he thought it would be funny.

What the Joker Did Instead: Seconds later, the Joker changed his mind and shot the Riddler. He thought that would be funnier. This ticked Nygma off and kicked off a long war between the two villains. It got ugly. Kite Man’s son died. Hell no.

Where Did it Go Wrong: Hey Riddler, how about you propose a partnership with someone who doesn’t have a reputation for betrayal instead?

Where to Find It: Batman: The War of Jokes and Riddles 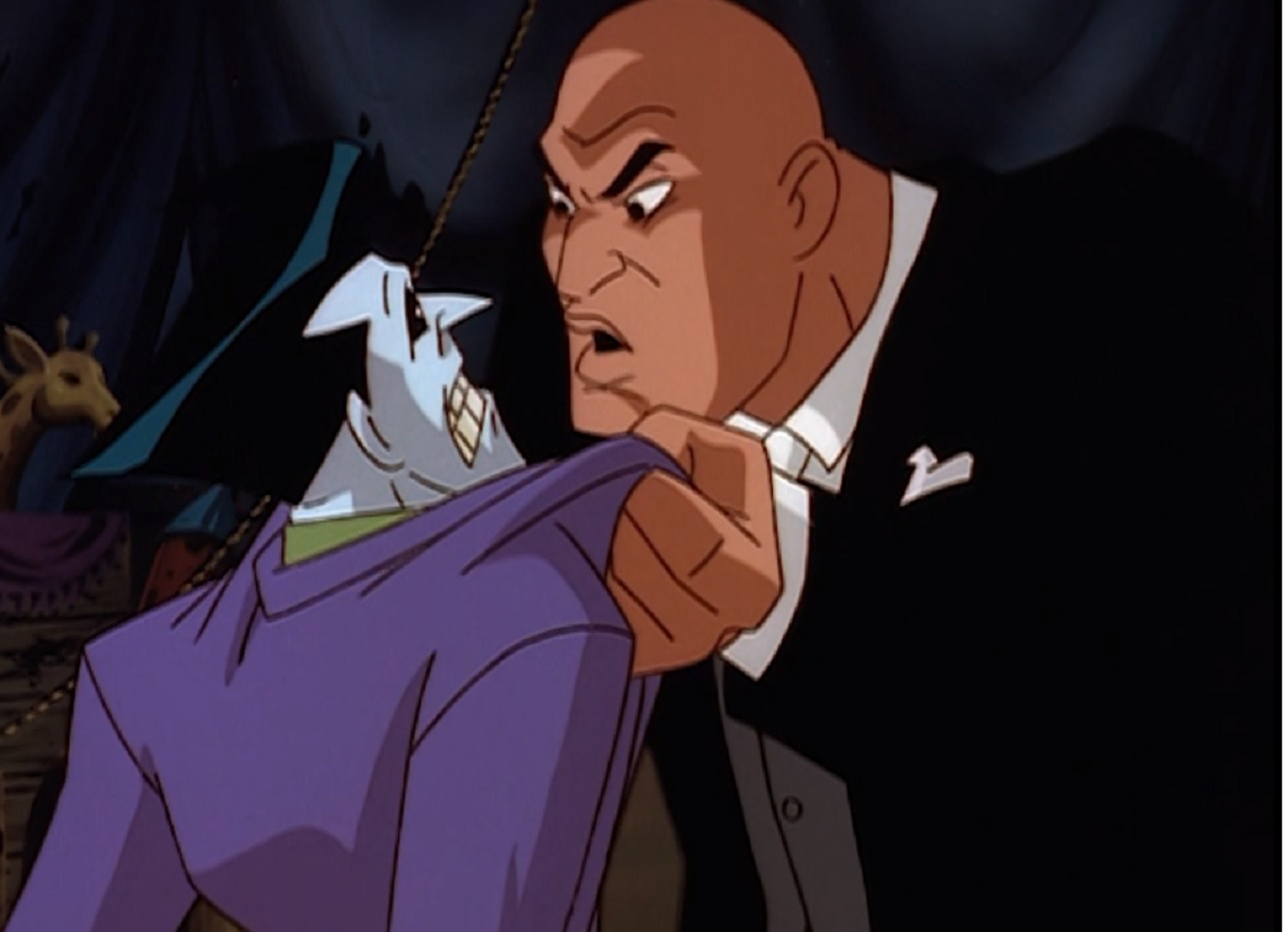 The Joker’s Job: After stealing a piece of Kryptonite, the Joker offered his services to Lex Luthor, claiming he could kill Superman.

What the Joker Did Instead: In fairness Joker did try to kill Superman, but when that didn’t work he captured Lex, stole one of his Lexwing planes, and began destroying Luthor’s empire and city. Boy, that escalated quickly.

Where Did it Go Wrong: Lex’s partnership with the Joker had so many red flags, but the Metropolis mogul went all in. We thought Luthor was supposed to be some kind of genius.

Where to Find It: The Superman: The Animated Series 3-parter “World’s Finest.” 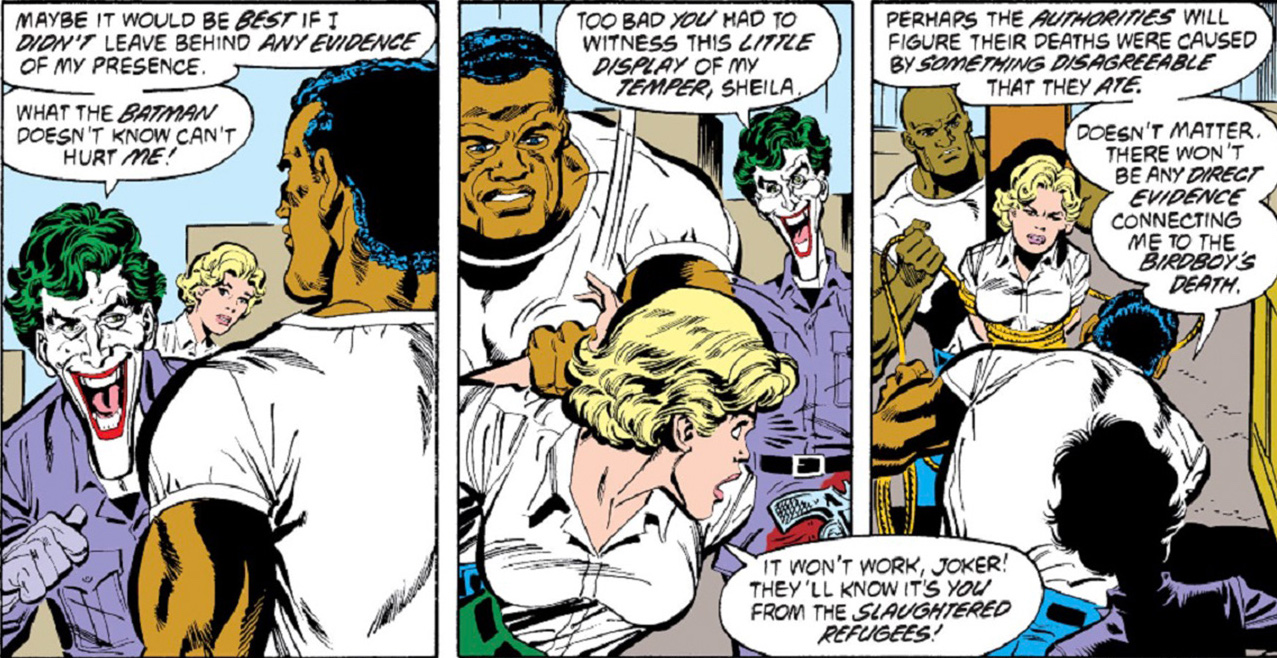 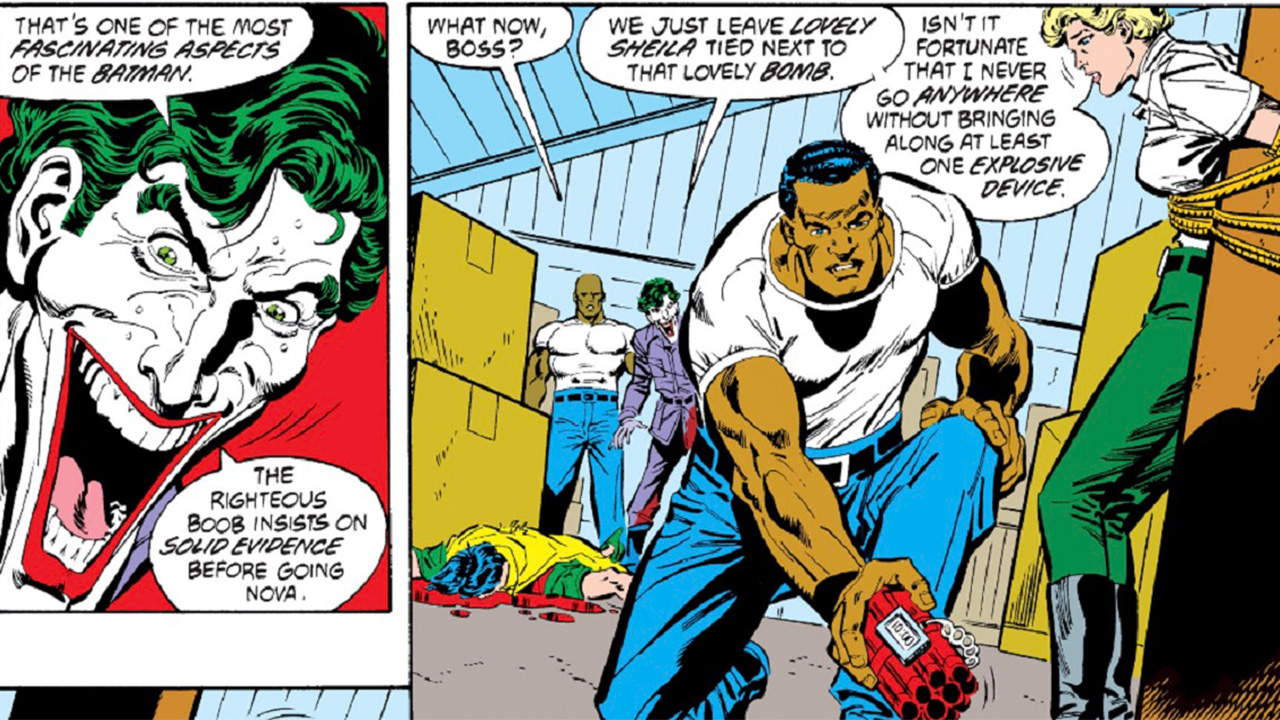 The Joker’s Job: The Joker blackmailed Sheila into helping him sabotage medical supplies for a refugee camp. During this operation, Sheila reunited with her long lost Jason Todd, who confessed that he was Robin. Afraid that Batman and Robin would expose her criminal activities, Sheila turned her son over to the Joker. It didn’t end well.

What the Joker Did Instead: After brutalizing Robin with a crowbar, the Joker decided it was best not to leave any witnesses behind, so he betrayed Sheila and tied her up next to a bomb. The explosion killed her and Robin.

Where Did it Go Wrong: Sheila chose the Joker over her son because she was afraid that Batman and Robin would expose her illegal embezzling operation. If Sheila had backed the right horse, she’d still be alive today.

Where to Find It: Batman: Death in the Family 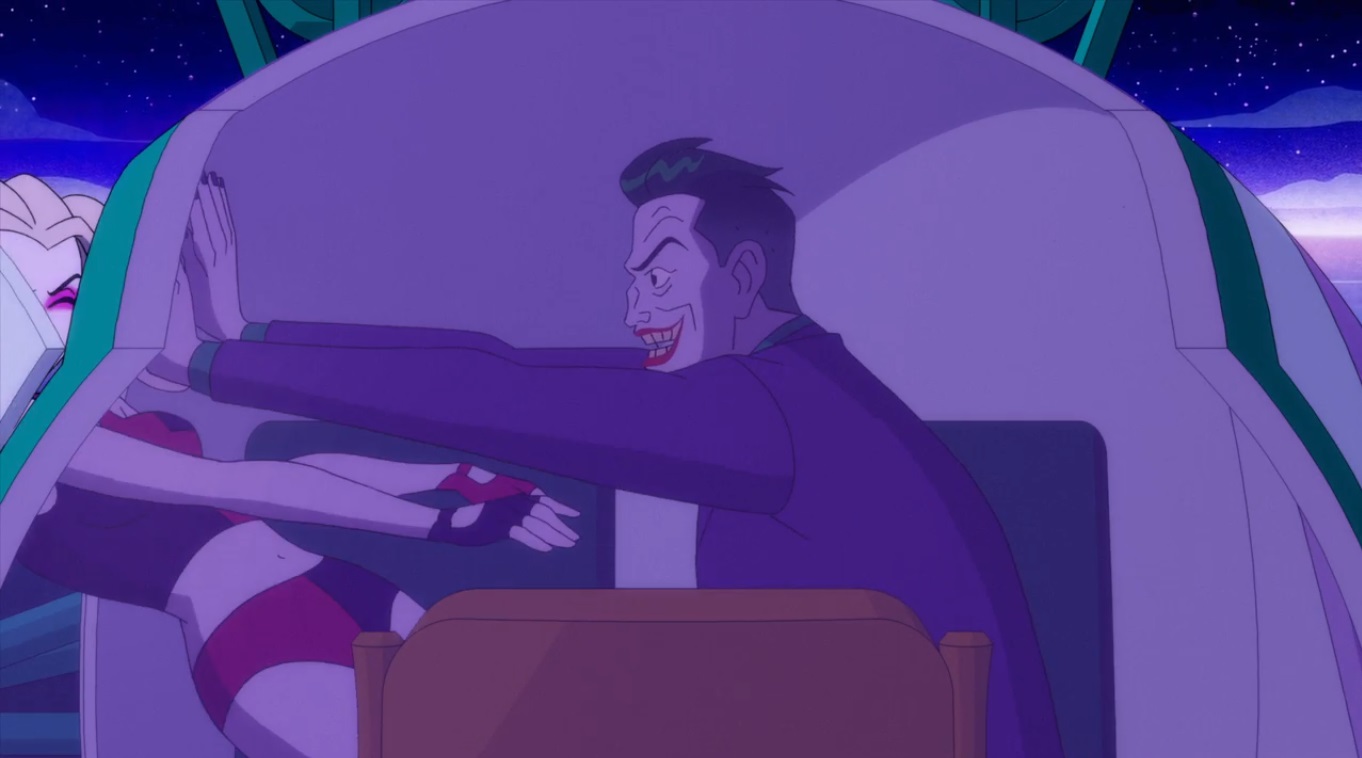 The Joker’s Job: Help Harley learn how to play the system at the Legion of Doom.

What the Joker Did Instead: Get her drunk, tricked her into rekindling their romance, and pushed her out of a helicopter.

Where Did it Go Wrong: Harley should’ve listened to Ivy and stayed away from her psycho ex. There are about 500 examples of him doing this type of thing to her. This list could be just Harley moments and we’d never run out.

Where to Find It: The Harley Quinn episode “A Seat at the Table.”

Would you dare to team up with the Joker? Let us know in our Community!