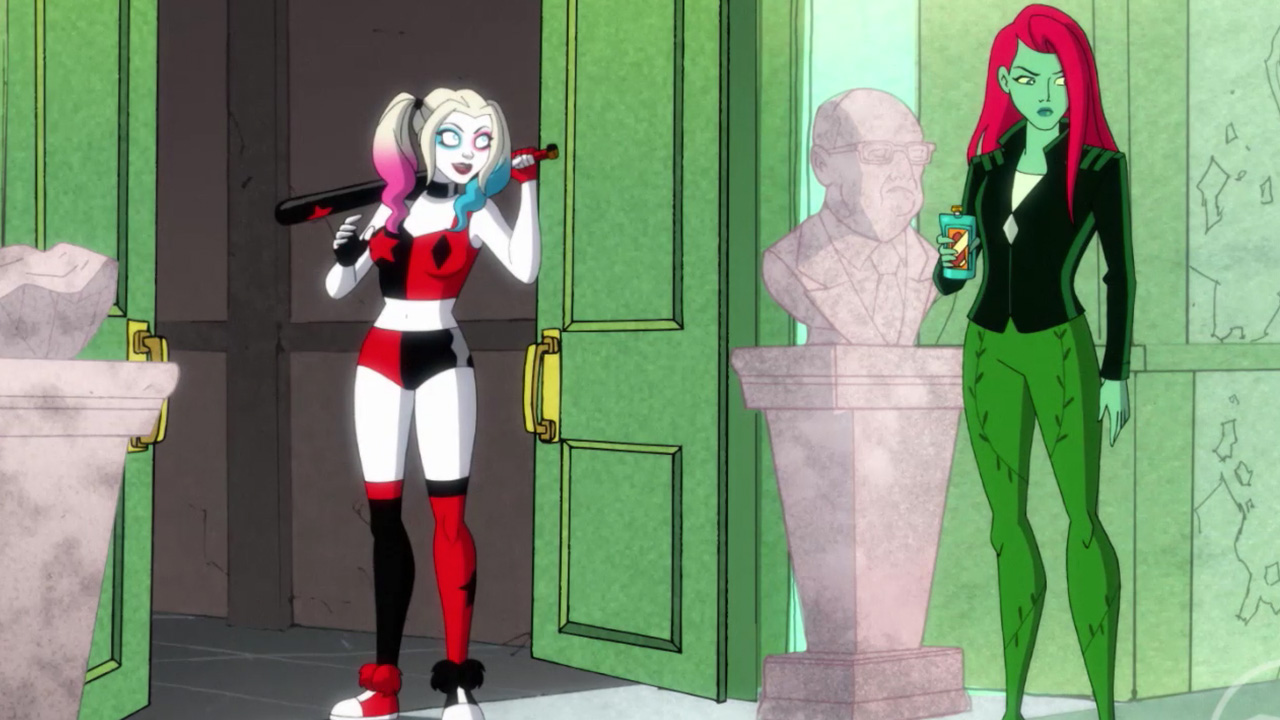 Did everyone catch the new trailer for Harley Quinn season 2? Drop whatever you’re doing, and watch it ASAP, because there is so much to unpack! From No Man’s Land, Batgirl, Apokolips, and shipping, we’re having a sensory overload. Here’s our list of 7 things to get excited about in the new Harley Quinn season 2 trailer! 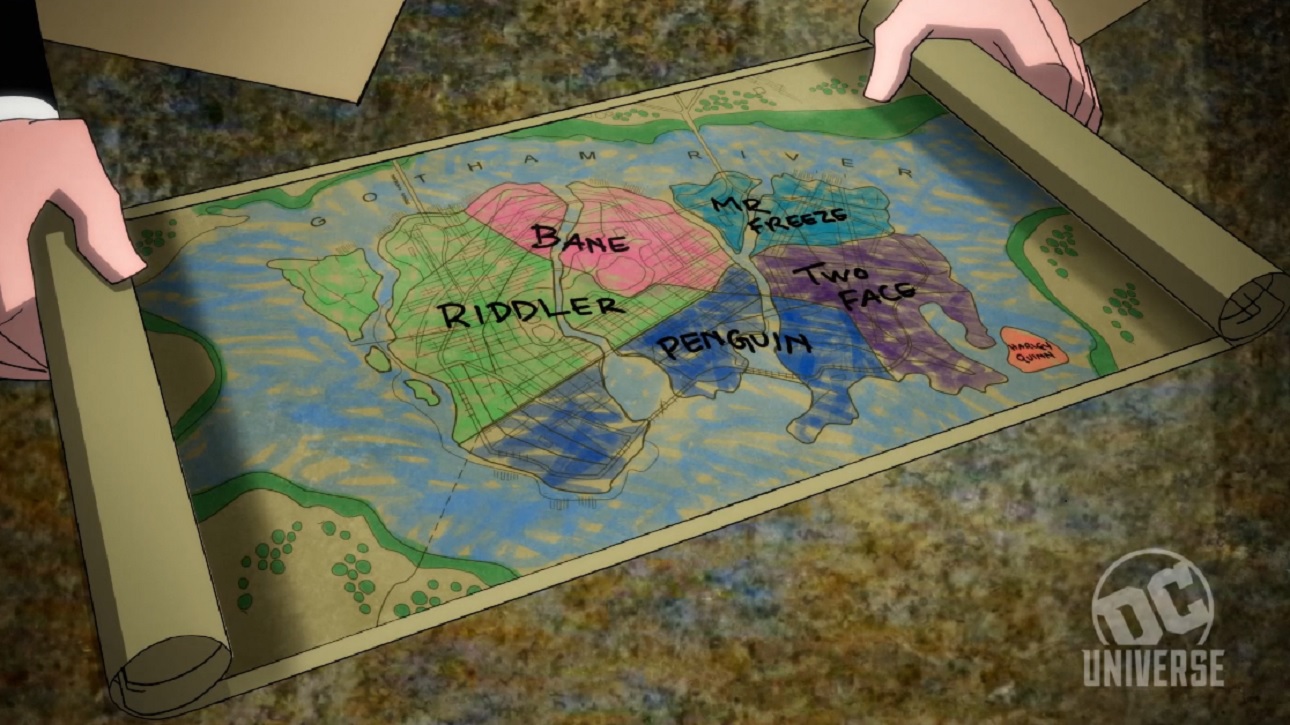 If you’re a fan of the classic Batman storyline “No Man’s Land” then you instantly recognized that map. If you’re not familiar with the story, “No Man’s Land” was a year-long crossover where Gotham City was cut off from the government, and became a post-apocalyptic lawless land. Villains began carving out their own territory, which Batman had to regain. The power dynamic of the city was tracked with maps, which designated which villains controlled each territory, and it looked similar to the one seen in this trailer. By the way, why is Harley’s territory so small? She defeated Aquaman last season, show some respect! 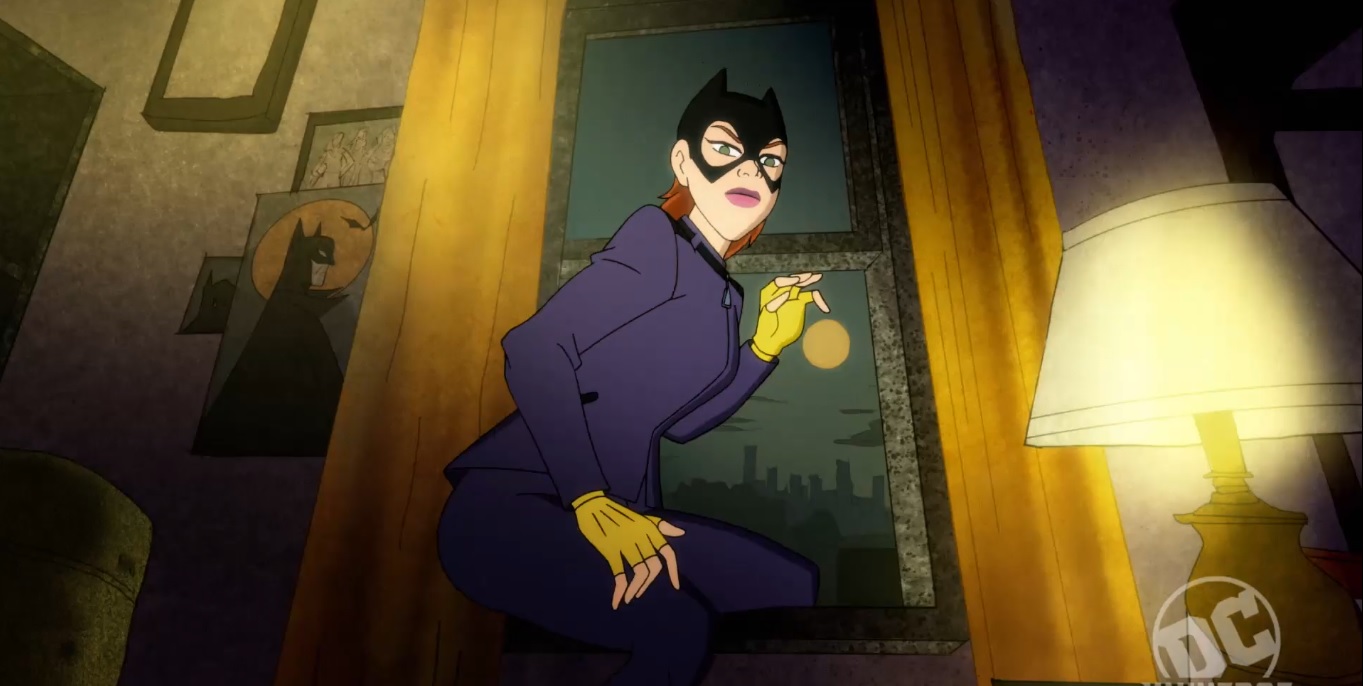 Harley Quinn season 2 will be introducing Batgirl, and it looks like she’ll be wearing an outfit inspired by the “Batgirl of Burnside” storyline. Since Batman disappeared at the end of last season, it will be interesting to see if Batgirl can handle this new version of Gotham. Don’t forget, she’s the daughter of Commissioner Gordon, and this version of Jimbo has a few screws loose. Will Barbara be a calculated crimefighter like her comic book counterpart, or will she inherit some of her father’s eccentricities? Speaking of family, did you know that Barbara Gordon will be voiced by Briana Cuoco, sister of series star Kaley Cuoco? 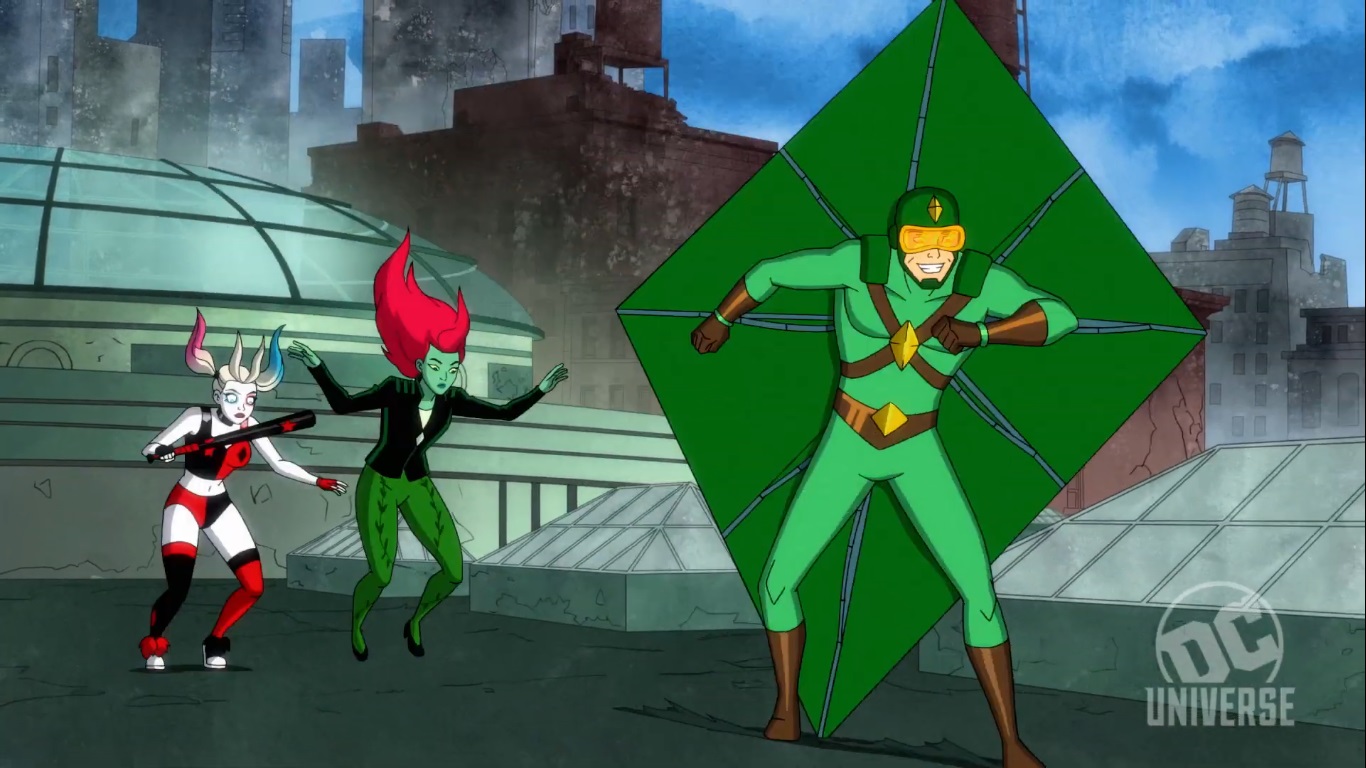 Kite Man may be pathetic, and he may have little sense of self-awareness, but he quickly became a fan favorite character. We’re not sure how he glided his way into Ivy’s heart, but we’ve grown to love that kite-themed doofus. The only thing Kite Man does in this trailer is glide onto a rooftop, but it’s enough to get us excited. We’re getting more Kite Man, and it’s going to be hilarious. Plus: Ivy still hasn’t answered his marriage proposal. Wil we be getting a kite-themed wedding?

THE CLAWS OF CATWOMAN 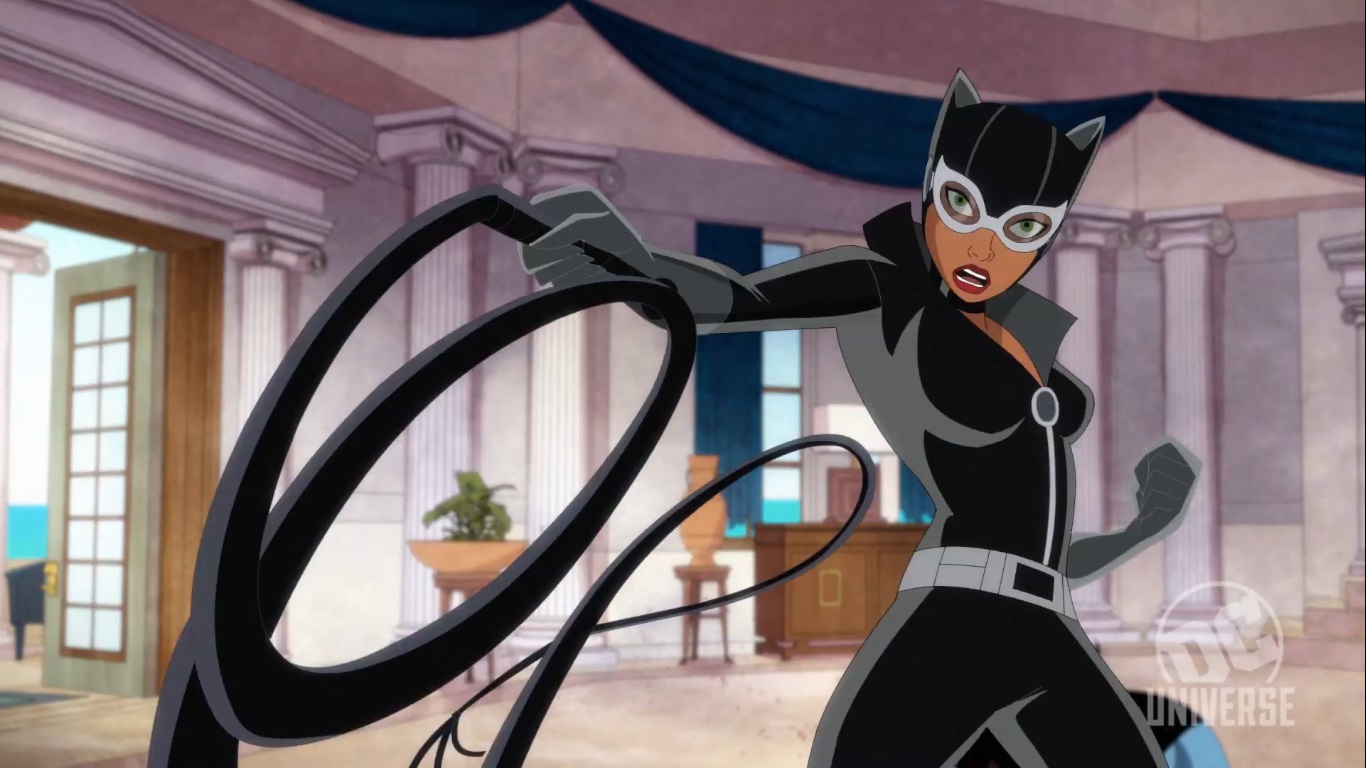 Meow! The trailer gave us our first look at Catwoman, and she’s looking as fierce as ever! Catwoman, Harley, and Ivy once starred in a comic series called Gotham City Sirens, which chronicled their bad girl mayhem, and Selina’s inclusion could lead to an animated adaptation. We didn’t see Catwoman’s name on the No Man’s Land map, so it remains to be seen what role she’ll be playing in this. Will she be offering her services as a thief to Harley’s crew, or will she be taking advantage of the chaos in her own way? We’re looking forward to this extra dose of girl power, and can’t wait to see Catwoman shake things up. 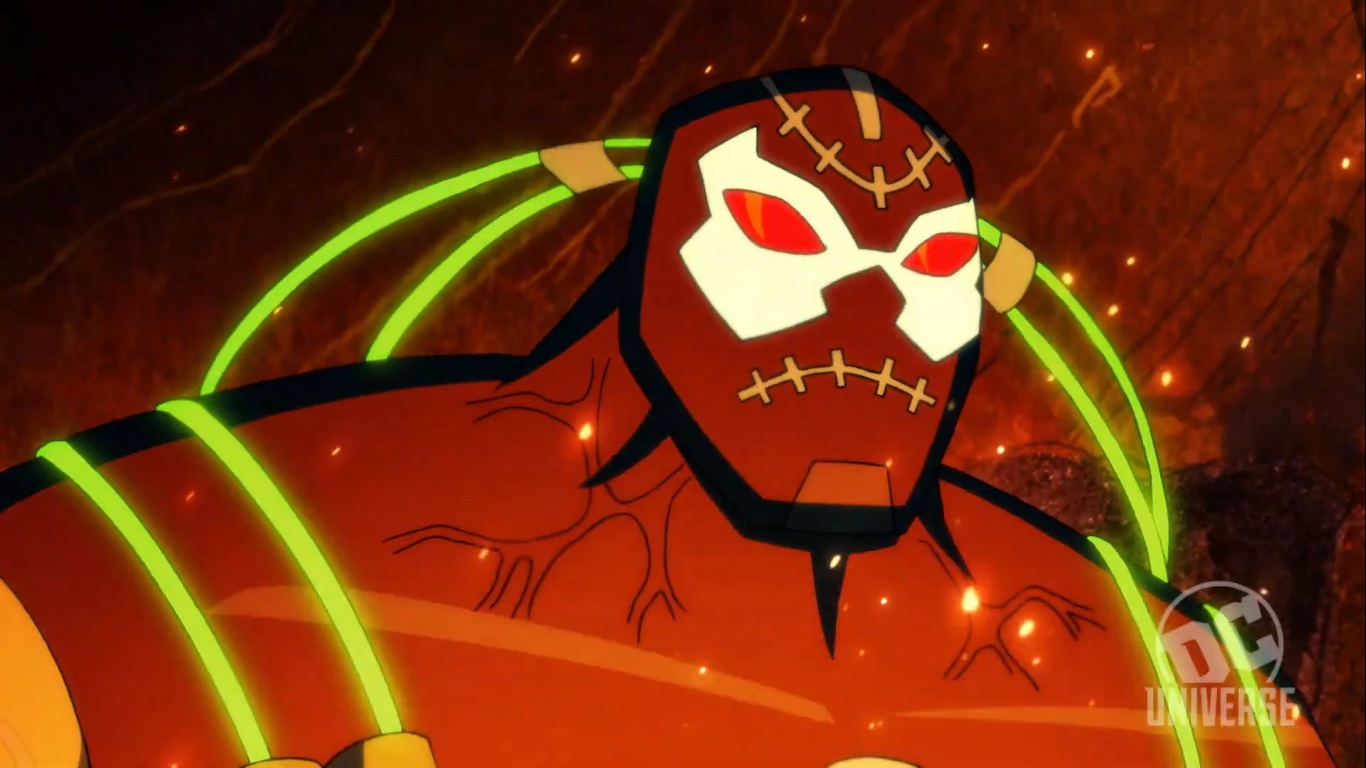 Bane spent most of season 1 being the butt of everyone’s jokes. The Legion of Doom wouldn’t give him a chair, and he was too weak to bend a plastic credit card. What does a guy have to do to get some respect? It looks like things might turn around for Bane in season 2, since the trailer has a shot of him activating his venom and proclaiming that he will rise. Ivy and Harley are clearly afraid of Bane, which is surprising, because almost nobody feared him in season 1. Will Bane rise to greatness in season 2, or will he continue to embarrass himself? Either option will result in hilarity, and we can’t wait to see it play out. 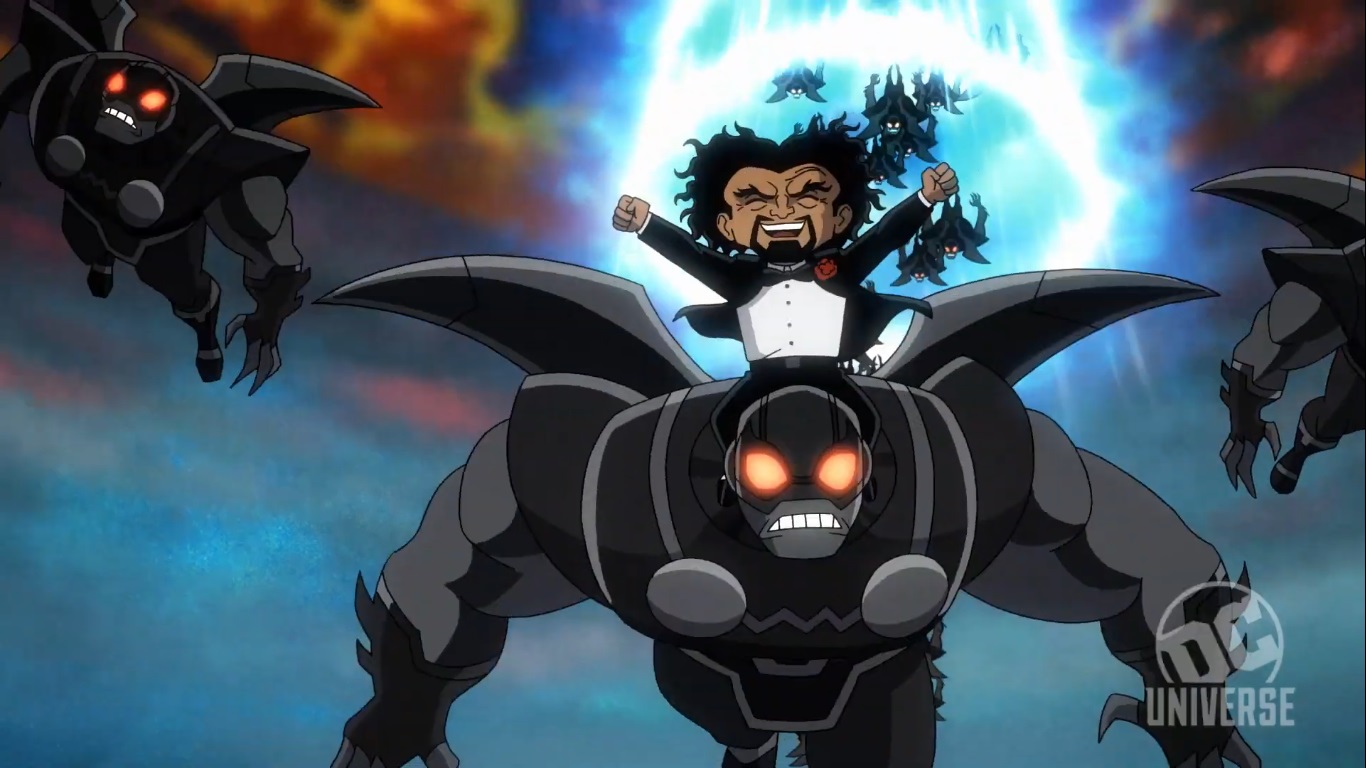 It appears that Doctor Psycho is emerging from a Boom Tube and riding a parademon, as an army of his brothers follow him. The only thing that can be said about this image is – what the heck is going on?! Are we going to be seeing Darkseid and the New Gods? This show has already proved that they aren’t afraid of anything, so it honestly wouldn’t surprise us. Whatever context our imaginations can give this scene, the reality will probably be even more f’d up!

SOMETIMES WHEN WE TOUCH 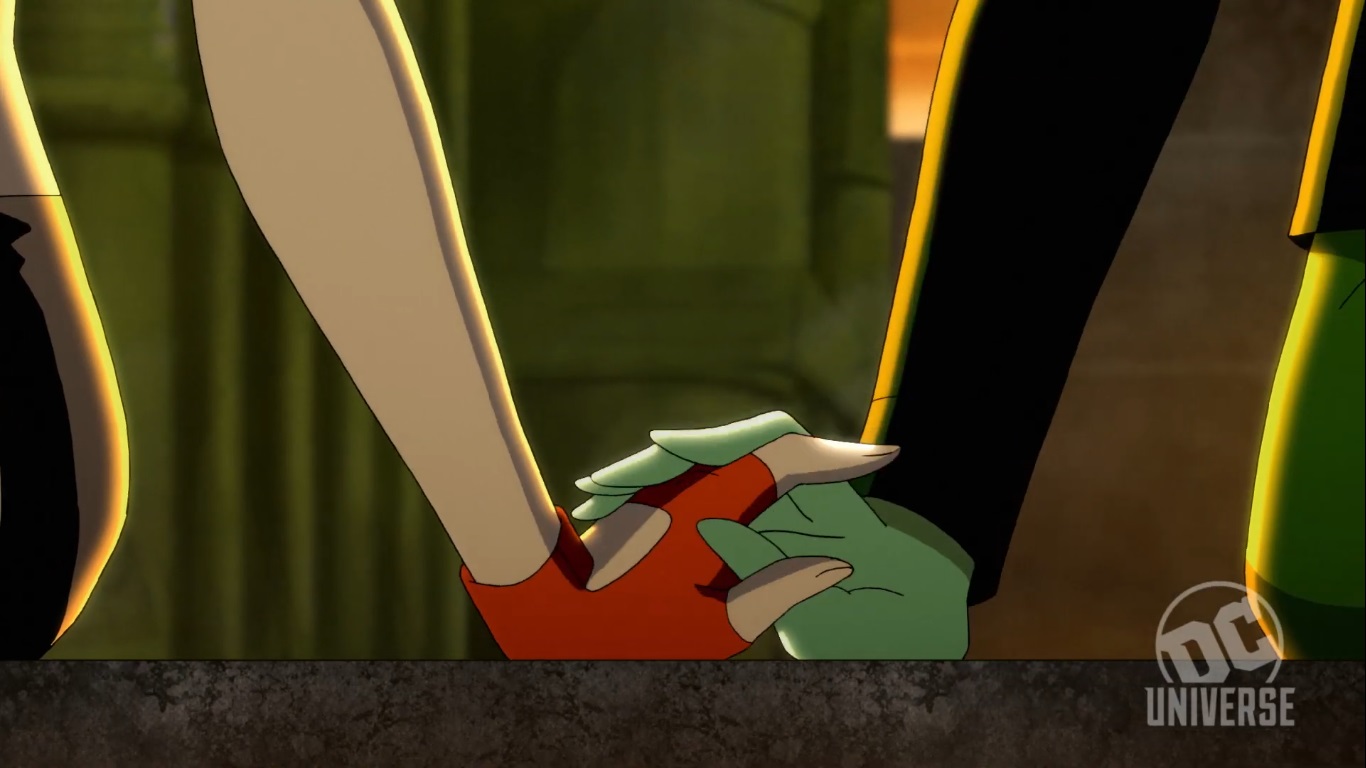 We know what’s on your mind, and we’ve seen your reactions on our Community and social media. Why are Harley and Ivy holding hands? Is this a tender display of friendship, or is season 2 going to explore THAT side of their relationship? The showrunners recently told DC Daily that season 2 will explore Harley and Ivy’s love life, but kept their comments cryptic. If the show does go down this road, what does that mean for Kite Man? We have so many questions. April 3rd can’t get here fast enough!

What was your favorite part of the HARLEY QUINN Season 2 trailer? Let us know in our Community!